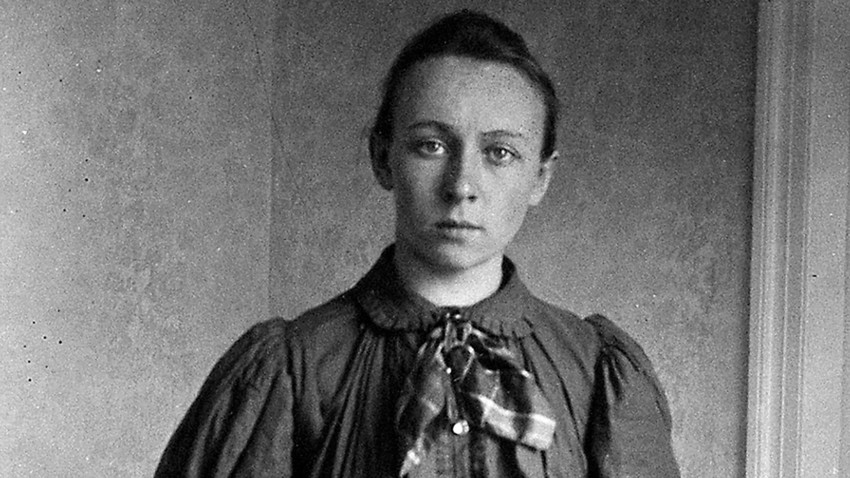 Russian women have always accepted all the progressive ideas from the West. We had our own suffragists, our own women's movement and lots of female revolutionaries. But where can we find the roots of feminism? Here is a story of a girl who knew nothing of these notions, but came to their ideas for herself.

Liza Dyakonova didn’t like herself. She always thought of herself as absolutely unappealing to the opposite sex and thought that no man would love her. She was envious of her attractive younger sister, and was disappointed when she married instead of continuing her studies.

Liza’s notes titled A Russian woman’s diary were published early in the 20th century, after her mysterious death: Her naked body was found in the mountains of the Austrian Tirol. Lying nearby, her clothes were tied up in a neat little bundle, so despite the official version was a suicide, it’s still not absolutely clear what happened.

Pavel Basinsky, a Russian writer, journalist and expert on Leo Tolstoy, was so intrigued with the story and her diary - which contains remarkably astute and sophisticated thoughts, that he has written a book about Liza: Look at me commemorating Russian feminism is published by Yelena Shubina publications, AST this fall.

Leo Tolstoy was considered a must read

The first step towards any major undertaking, including feminism, is reading Leo Tolstoy – even if you don’t achieve greatness, you will never regret the time spent on the endeavor. Liza Dyakonova, born in 1874, and like many of her contemporaries, was a fan of Leo Tolstoy – he had an indisputable authority. One of his books in particular – because of its controversial reputation, was always a draw to readers at the time. Often at great personal risk to themselves, fans of The Kreutzer Sonata novella, which was censored and officially banned, distributed copies of the manuscript.

The plot focuses on a man who having lead a depraved lifestyle before his wedding, decides to enter his marriage in a highly moral way. But relations with wife worsen and he finds he is jealous of her admiration for a violinist playing Beethoven's Sonata No. 9. Finally, he finds his wife and the violinist together and kills her. 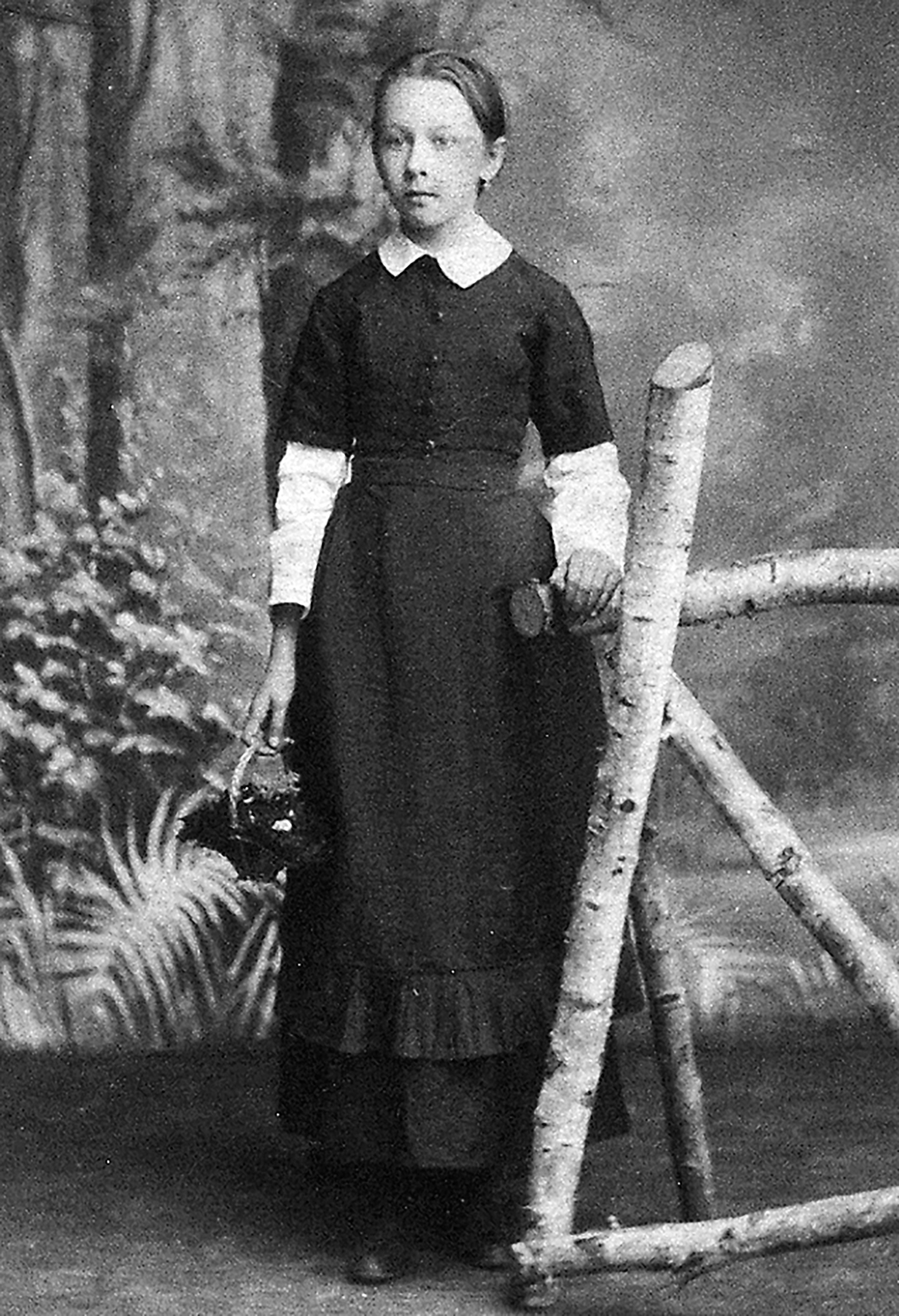 Liza as a teenager

The Kreutzer Sonata had incredible influence on young people in the late 19th century. “The main issue was not the problem of jealousy, but that Tolstoy clearly denied the positive sense of marriage, passing judgment on this union of a man and a woman, blessed by a Christian tradition,” Basinsky writes.

Liza secretly read the book, which made a profound impression on her. She thought that it was extremely unfair that a woman should remain a virgin until marriage, while men were allowed to sow their wild oats. She decided that if she were ever to marry, that she would take only a “clean” man as her husband. Unfortunately, even her closest friend, whom she considered very decent, was “spoiled”.

Marriage was not on Liza's agenda

At the time, it was normal for girls to marry at the age of 17, 18 or 19. If they were still unmarried at 20, it was considered somewhat strange. Liza was the eldest sister in a large family and, having lost her father at an early age her mother wanted to her to get married as soon as possible. In this way, her mother could be sure she was no longer responsible for Liza's life or financial support.

But Liza had not found love by that time and considered herself unattractive, ugly even (though her photographs disprove this). She didn’t want to get married – she loved reading and wanted to study. Especially when she realized that all men were “spoiled” – she decided she didn’t want to marry at all!

Moreover, she was living in France and Liza was almost convinced by a French woman, that if men could live as they wanted before marriage, women should also do this.

Once, Liza met a friend who had recently married and was suddenly pregnant for the second time. Liza was surprised – why had she chosen to do this for a second time? The friend told her something that for Liza was confirmation that her decision not to marry was the correct one: “When we are getting married we can’t freely dispose of ourselves; we have husbands… ” 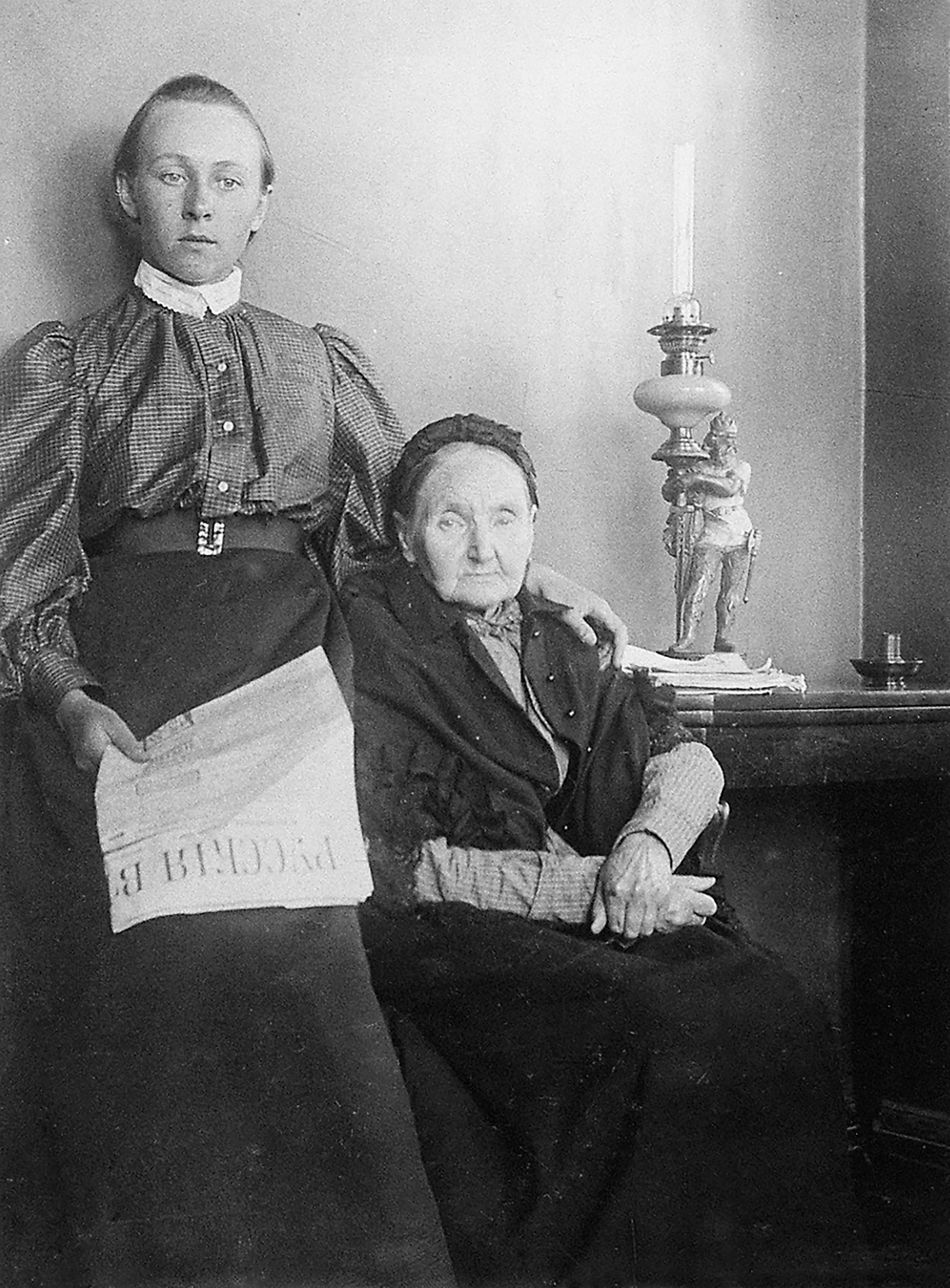 Liza with her grandmother

Liza only wanted to study

Liza graduated from a gymnasium in Yaroslavl (170 miles from Moscow), and wanted to keep on studying and get a good education and job. But the young woman lacked any kind of autonomy in deciding her course herself: Before the age of 21 she couldn’t enter women's educational courses without her mother’s agreement, which was not forthcoming as her mother believed Liza should marry as soon as possible and further study would only disturb her. Even the small inheritance her father had left her was no good – she could not access it before the age of 21.

Basinsky's research has identified what rights Russian women had in the 19th century:

Having neither father or husband, Liza was entitled to enroll for courses in St. Petersburg on her own. The only problem – she was under 21, so she needed her mother’s permission, which she hadn’t. And here we find another side of Liza’s feminism. She asks men to help her; she uses them to achieve her goals. And it appears that Russian men are even bigger feminists than women – and if they observed that a woman had a burning desire to study, they would help her as much as they could. The director of the St. Petersburg courses she wanted to take even wrote two letters to Liza’s mother to convince her that Liza would be fine and able to study in a good and highly moral atmosphere. 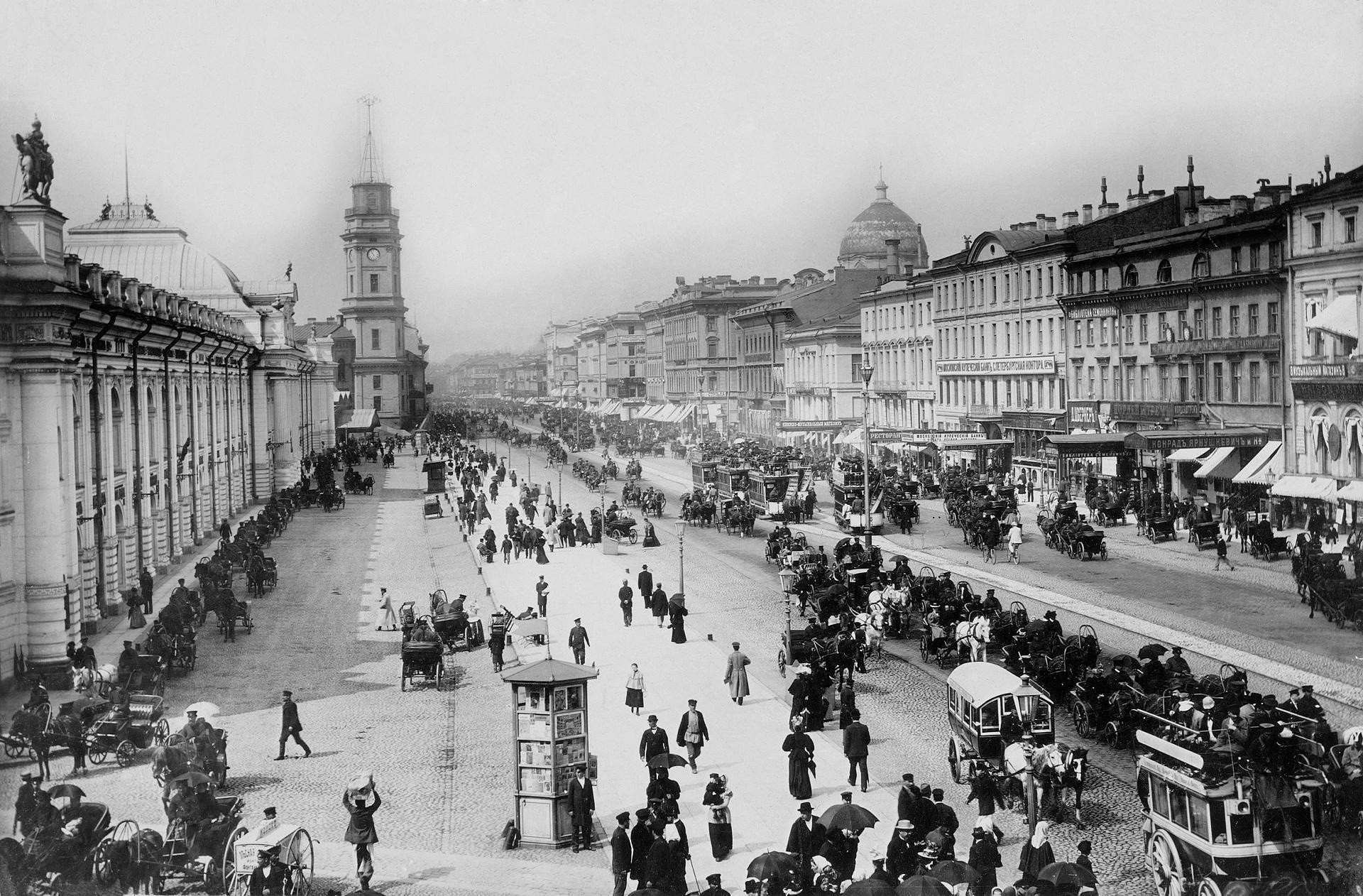 She was a self-made woman

Basinsky writes that Liza didn’t put much stock in either English suffragists or French feminists – and that she cared little for all the female circles and clubs in Russia. Liza did, however, understand the importance for women to gather to fight for their rights and their independence from men.

Liza even wrote an article “About the woman’s question” where she took an anticlerical position, saying that, “Christianity supported the enslavement of women on a religious basis.” Can you imagine this 19th-century girl, who was very religious when young, writing this? Liza overcomes all the stereotypes and upbringing she was pressured by – forming her personality herself, through books she read, and constant reflections in her diary.

The late 19th century was marked with a growing revolutionary movement and number of female revolutionaries who actually supported male revolutionaries first of all, rather than being separate figures in their own right. Liza was firstly captivated by their courage (she studied the same courses in St. Petersburg as Nadezhda Krupskaya, the revolutionary and future wife of Bolshevik leader Vladimir Lenin). But what Liza notices in the end is just the constantly growing number of wedding rings on the fingers of those revolutionary females. So she was disappointed – despite fighting for the ideals of freedom, they just had love affairs with those rebels and got married. 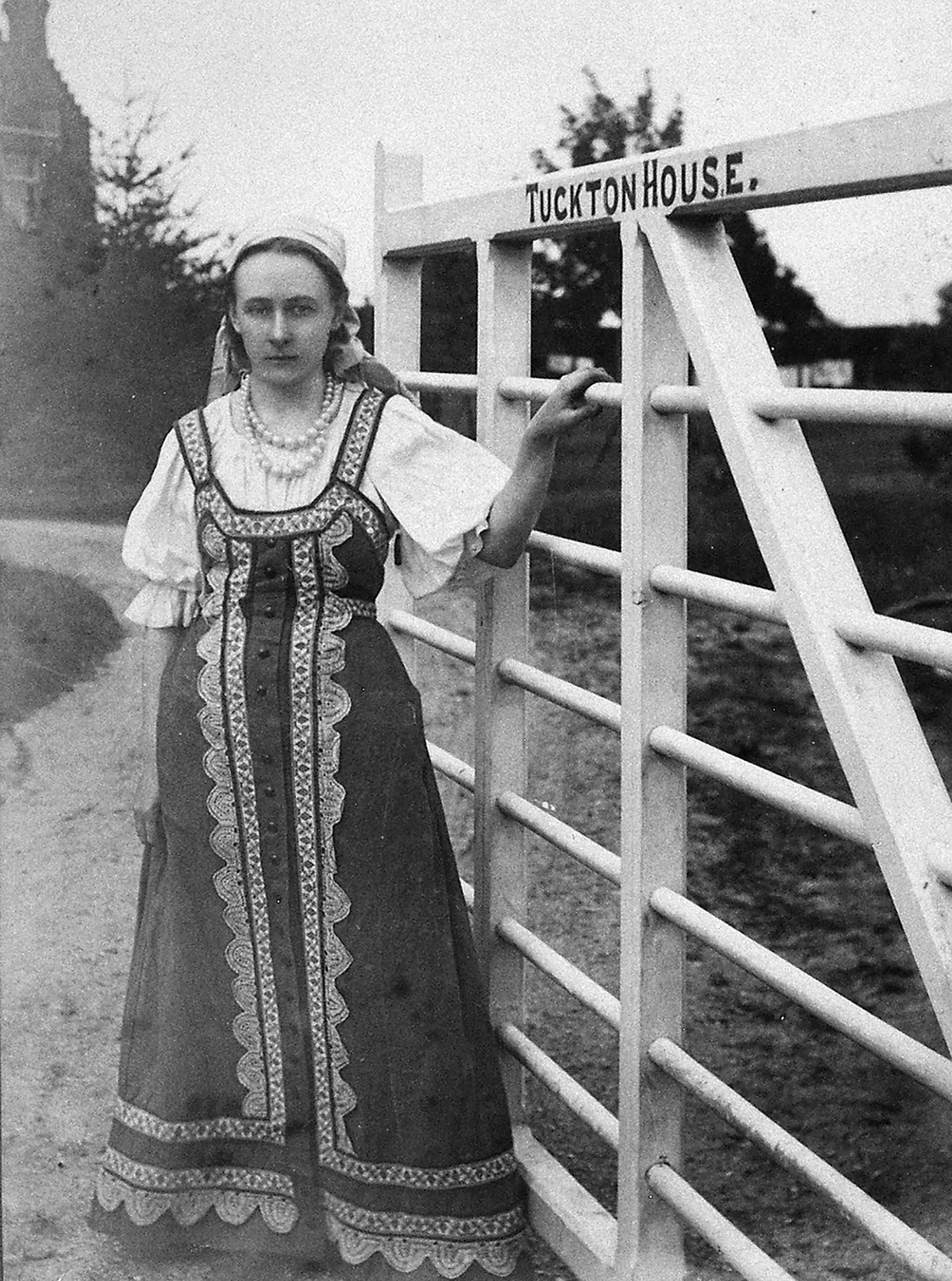 The world of work was largely closed to women

Despite all this, Liza was lucky to get the best education Russia could offer women at the time, although as a woman she still couldn’t get a job – and the courses didn’t provide licenses. That’s why she moved to Paris and passed exams to enter the Sorbonne.

And before the notion of feminism first appeared Liza writes in her diary:

“I don’t require that women have equal rights with men, that both sexes serve in state offices or rule the country – no, there are enough men for that. But give women a broader sphere of action, the right of a human generally – give the right for development of intellect and heart to those who don't have an opportunity to marry and have to earn money of their own. And if among those women appear some extraordinary intellects and talents, don’t oppress them, give them sources for free development…And I suppose there will be enough women that would like to marry.”