Why is Moskva called Moscow in English? 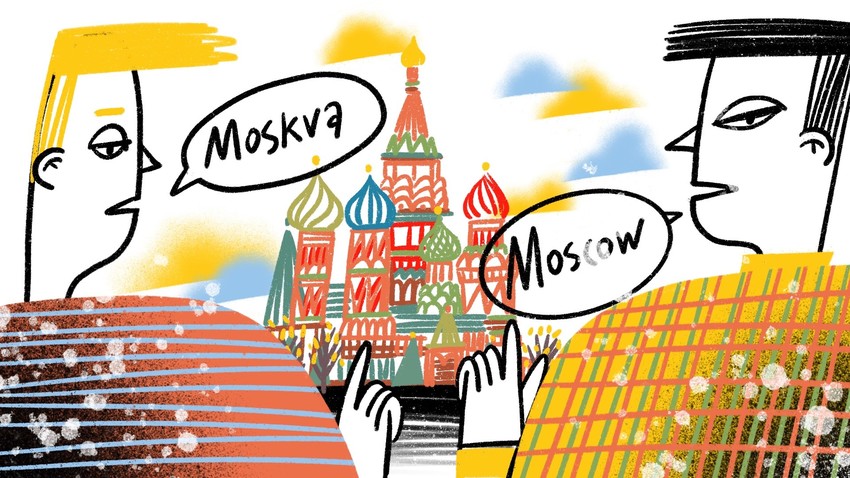 Paradoxically, foreigners pronounce it closer to the original name of the city.

Varvara Grankova
Ironically, it’s because the rest of the world uses versions that are closer and more faithful to the city’s original name than Russians themselves.

First things first: In case you didn’t know, Russians never call their capital city Moscow. For us, it is not the French Moscou or the German Moskau and none of the other European variations either. It’s Moskva (Москва), with an emphasis on the second syllable. If you want to hear what it sounds like, there is an audio recording on Wikipedia.

English speakers are actually aware of this word on some level already. For example, they use it in the name for the Moskva River, which runs through Moscow. But why is the city and river’s name one word in Russian and two words in English?

The story has to do with how Moscow’s name has changed over time. Originally, Russians (or rather their Slavic ancestors who later separated into Russians, Ukrainians and Belarussians, to be more precise) called the city Moskov (Москов).

Moskov was first mentioned in the chronicles in 1147 when Prince Yuri Dolgorukiy wrote to an ally, inviting him to one of the cities he reigned over: “Brother, come to me to Moskov.”

Since that chronicle was found in 1147, this is regarded as the year Moscow was founded, and Yuri Dolgorukiy is believed to be the founder. In reality, though, we have no idea – maybe someone built the city a couple of centuries earlier and Yuri just happened to conquer it.

Designer Artemy Lebedev sums up the story of the city’s name in English pretty well:

“Moscow is one of the few brilliant examples of words well-preserved in other languages. The city used to be called Moskov. That’s how it was presented to foreigners who wrote down it carefully: Moscow. Back then, W was pronounced closer to V… So each time I see a sign saying Moscow I am happy to think that a toponym from the Middle Ages still lives in English, though it disappeared from Russian.”

The German Moskau, the French Moscou, and other European versions are all close to the original Moskov just adapted to their respective languages. This is quite a common thing since every language has its own rules for pronunciation. And while in Russia we go with “Moskva,” everyone understands exactly what a foreigner is referring to when they say “Moscow.”