Russian is way easier than you think: Genders and cases 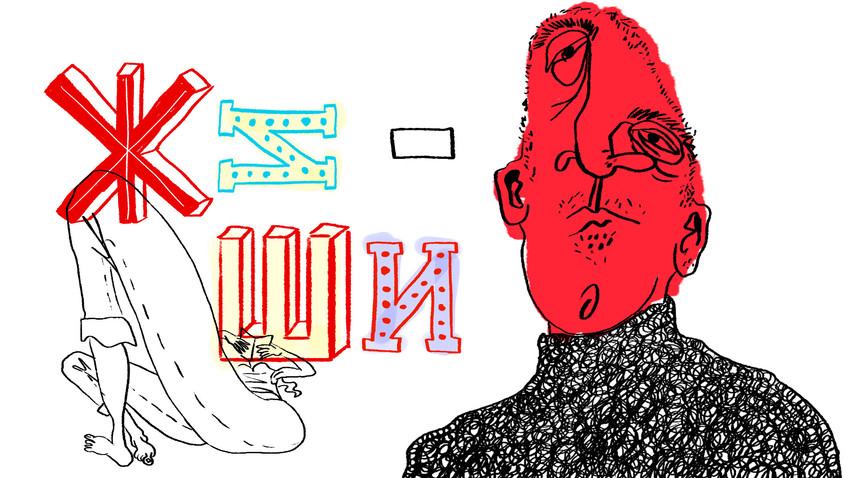 Irina Baranova
Our own Tim Kirby continues his battle to bust the myth that Russian is the hardest language on the planet. YouTubers make videos about how impossible it is to learn, due to its many cases and many word genders, but is it really that difficult?

Russian gets portrayed as far more difficult than it actually is. Most of this bad PR comes from inferiority complex-ridden Russians, who love to hate on their own language and culture. They proclaim to me and to the general public, through broken, baffling English, that Russian is nearly impossible, compared to any other civil language. Well, in the words of legendary pseudo-Russian Ivan Drago (from Rocky IV): “I must break them” because this Russian language is not anywhere near as hard as it’s portrayed.

When Russian is discussed on Youtube by language bloggers (the 21st century is an interesting time to be alive!), they always underscore the horrors of 3-word genders (shock!) and 6 grammatical cases (ultra shock!). This makes the viewer think: “oh gosh, I have to memorize thousands of new words + 6 forms of the word + a gender for the word - that’s impossible!”

The thing is, most English-speakers don’t know what these cases and gender even are, but boy do they sound intimidating! Better stick with an “easy” language like German, just to be safe!

So let’s clear up this myth. Firstly, and most importantly, the Russian language is not a matter of memorizing endings, it is a matter of knowing the system to generate them.

In mathematics, there is an infinite quantity of numbers, but you don’t need to memorize all the numbers up to 4998 to know that the next one is 4999 because it is based on a system, after 8 comes 9 always. If you keep adding even numbers together the result will always be even, you know this not because you memorized every addition equation in the history of humanity, but because that is the way the system works. Moving on! 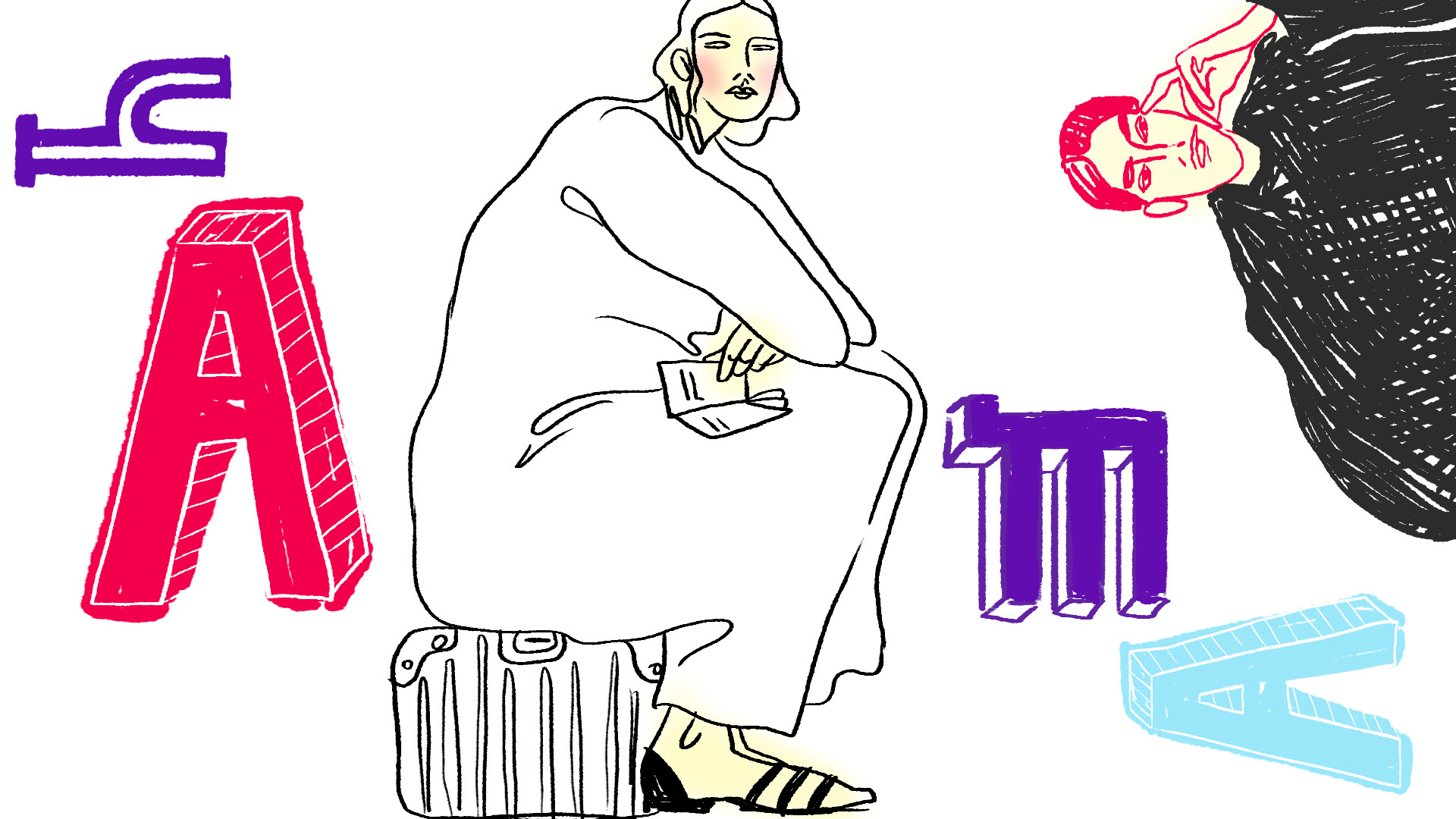 Yes, Russian nouns all have genders assigned to them. Everything, be it a random object, service or abstract concept is either male, female or neuter; but unlike in some languages like those in the Germanic and Romance groups where these genders have to be memorized, in Russian they are determined (in the vast majority of cases) by spelling via the ever-so-efficient phonetic Cyrillic alphabet. The last letter in a Russian word shows what gender it is.  And guess what? If you have any knowledge of Russia at all, then you probably already know this whole word gender system, you just never thought about it!

In this way, Russian is different and dare I say easier German, where you have to memorize if it’s “die Wasser”, “das Wasser” or “der Wasser”, because there is no way to tell just by looking at the word.

Yes, sometimes the soft sign can throw a monkey wrench into the system and men’s names like Nikita are a headache, but 99% of the time the system works and it is a system you didn’t know you already happen to know! You don’t even have to know what these Russian words mean but you can tell their gender - Ushanka (Ушанка), Politburo (Политбюро), Kvas (Квас).

The “Horrors” of the 6 Grammatical Cases 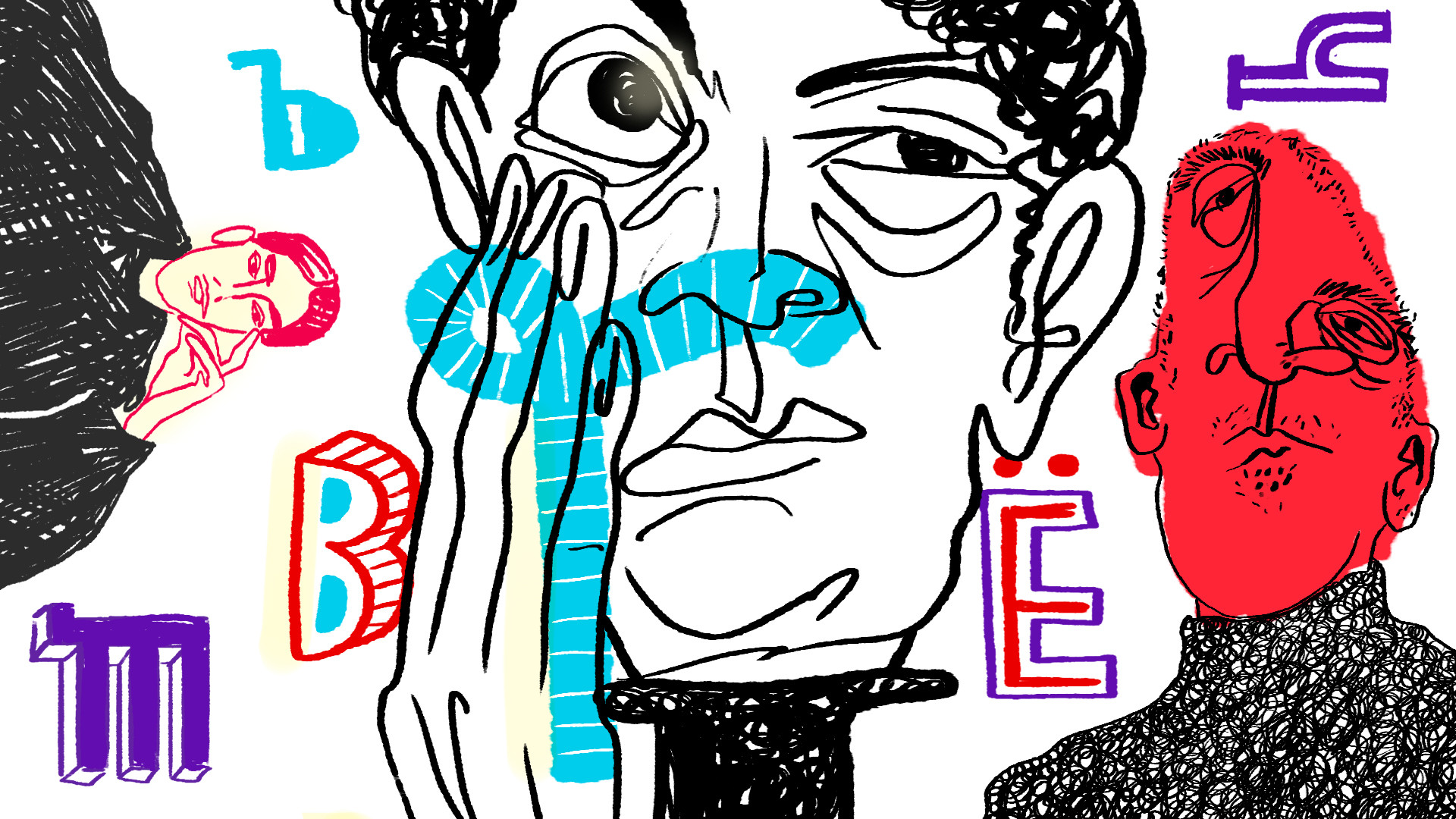 This whole grammatical case thing sounds intimidating, especially coming from a seemingly caseless language, like English. So let’s try to force English to show us how Russian works case wise.

So what is a ‘case’? Well, in English, pronouns have case-like behaviors. Take, for example, this short sentence: “He loves Her.” Reading this sentence we know who is loving whom, but why can’t we write: “He loves She.”? Why does “she” change to “her”?

Despite English’s hard word order destroying the need for cases, English pronouns still “decline”, like all Russian nouns do. The word “She” becomes “Her” when this word is the result of an action. This is basically how cases work. Instead of making a big deal out of the order of the words, the issue is what “ending” is on them, to show what they do.

For example, female words take an “OO” sounding ending when they are the direct result of an action. So let’s take a look at how the name Alexandra would change as if we were speaking Russian:

You can see above that when Alexandra is the result of the action, she gets the “OO” ending.

Here is the fun of Russian, the sentences are the total opposite in meaning, but the word order can be the same... because Russian is a language of no Fs given!

In these examples above, the “A” becoming an “OO” is how we know if a female thing is doing something or is having something done to it, no matter if it is the first word of the eighth in a sentence. This is basically how the ‘case’ system works; it’s a hurdle that needs to be jumped over, but it is nothing as complex as memorizing thousands of Kanji, just to hope to be able to read a Chinese or Japanese newspaper one day in the future.

In the Russian ‘case’ system, being the subject of a sentence means you stay the same, and if you are one of the other nouns in the sentence you get a case ending.

And so, in short… 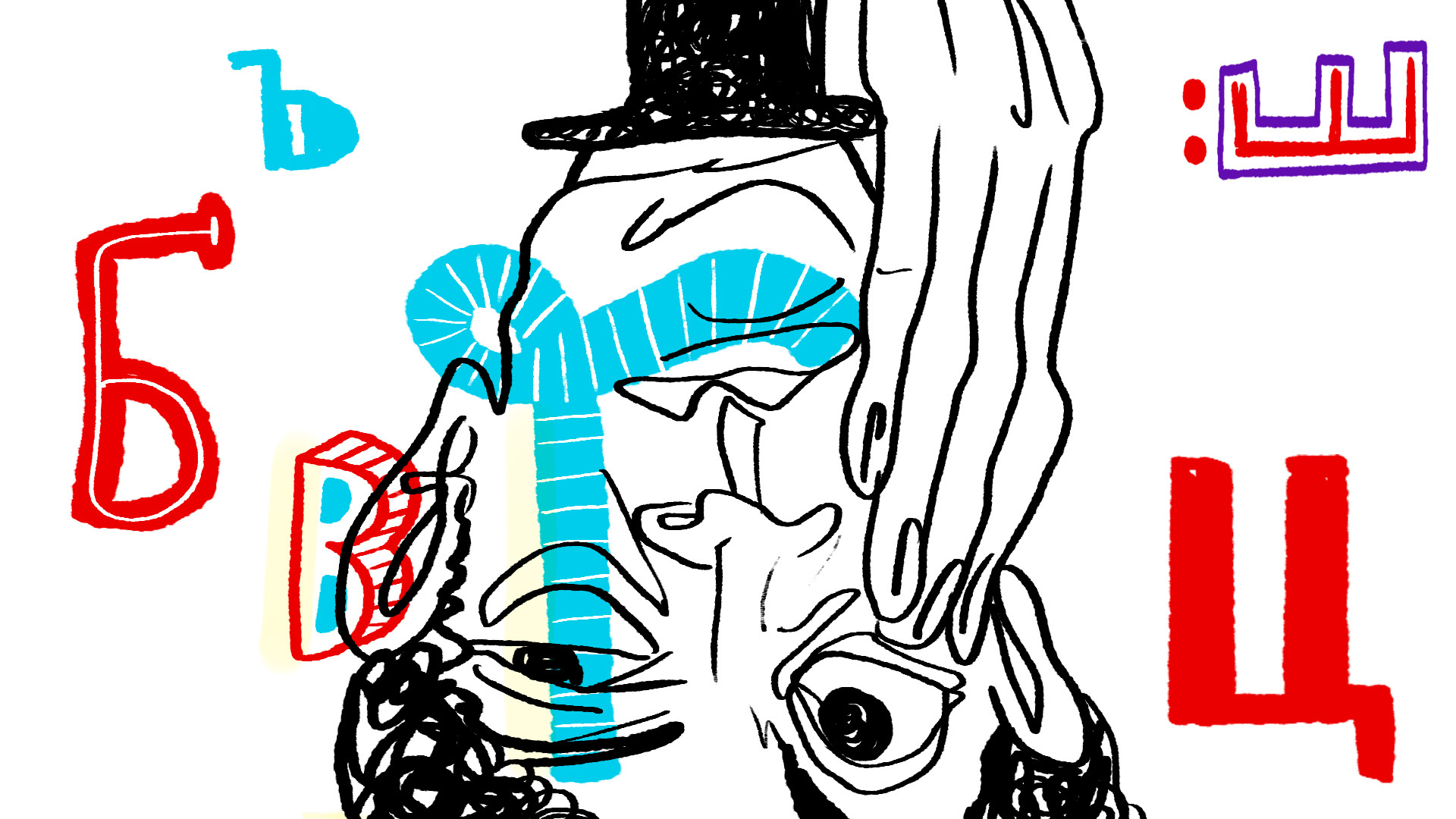 1. Word Gender in Russian is defined by spelling, not tradition. No vowel ending = Male, A/YA = Female, (most) others Neuter.

2. Any noun that isn’t the subject of a sentence gets a special ending, based on its gender, derived from a simple, rock-solid, consistent chart. 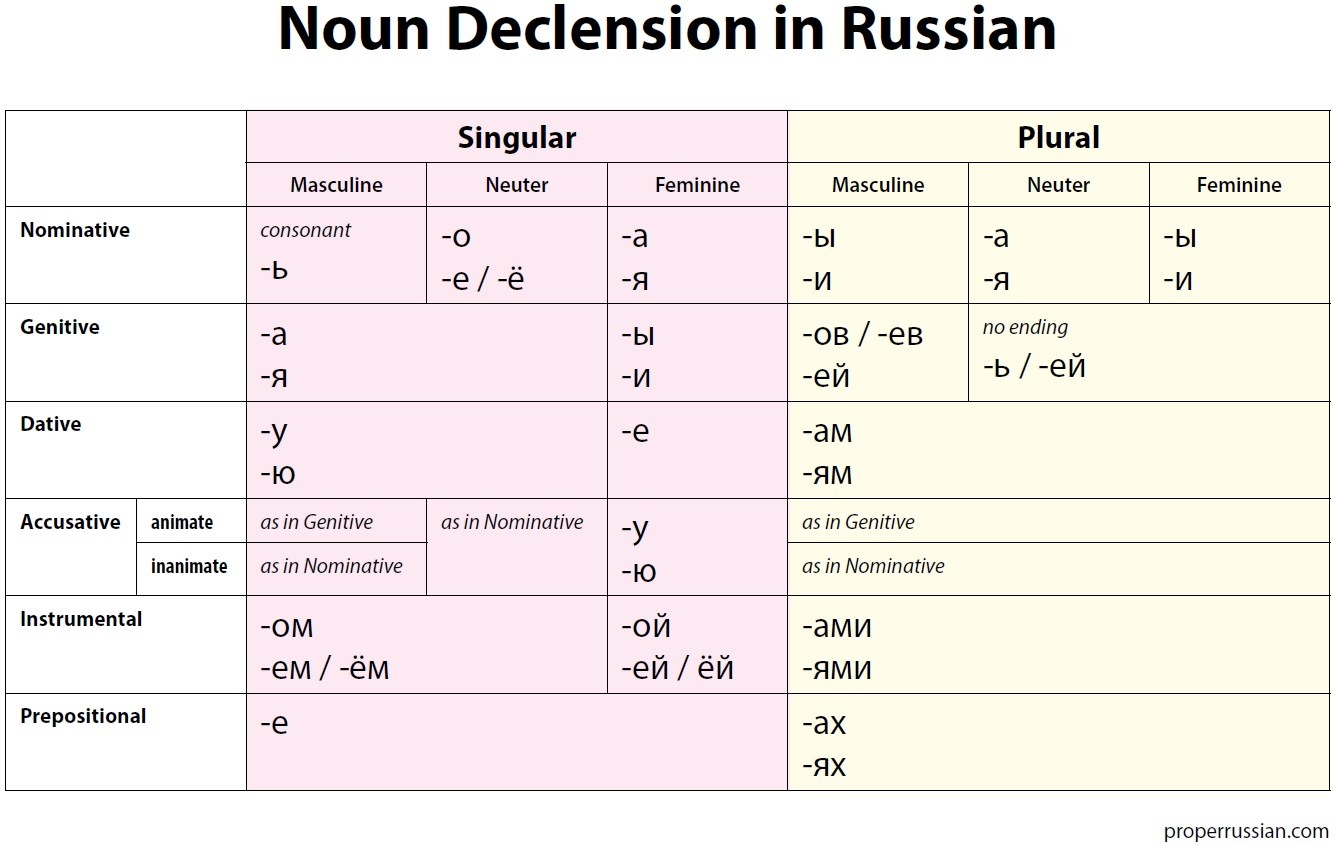 3. Effectively, there are only 4¼ cases of endings to learn.

4. None of the above requires a brutal amount of memorizing. It’s all derived systematically, not from rote memorization.