Education
Georgy Manaev
Jacques-Louis David/ National Gallery of Art; Ivan Avdonin/МАММ/MDF/russiainphoto.ru; Pixabay
The tales of their origin are as incredible as they are inaccurate, here’s why!

Recently, we explained that French ‘bistrot’ wasn’t brought to France by the Russians in 1812, contrary to a popular legend. There are several French-sounding words In the Russian language, too – and rumors have it they were brought from France during the War of 1812. We explain why it’s wrong. 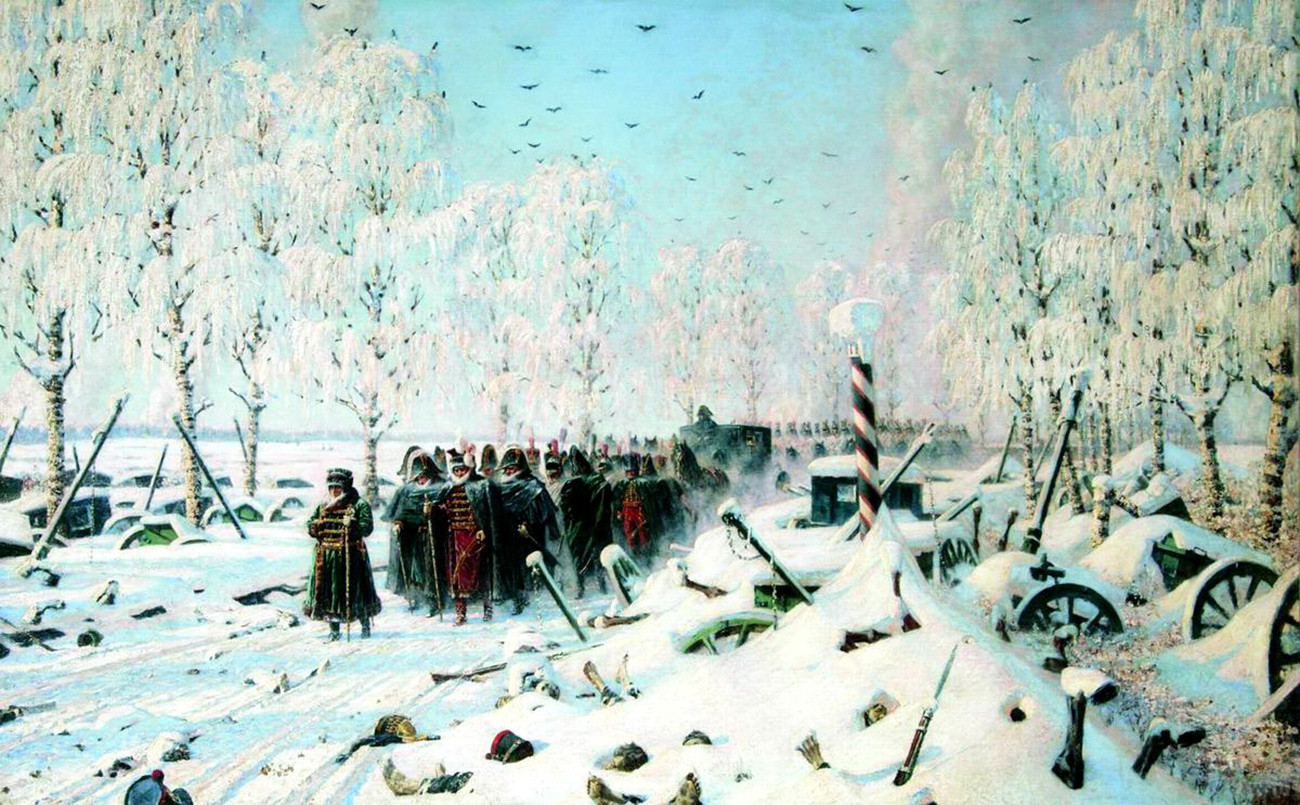 In Russian, the word шваль (shval’) means a low-key, worthless person; a scum of society.

The legend about its origin is quite absurd. It traces the word’s origin from "cheval," the French word for ‘horse.’ When the French army fled Russia, hungry officers looked for dead horses on the sides of the roads – their rations had long ago run out and they were ready to eat carrion (roadkill). While looking for horses, the French officers addressed the Russians, saying only this word – "cheval;" they were ragged and dirty. This way, so the legend goes, the word came to mean scum.

But this legend has an obvious flaw. Russian peasants wouldn’t talk to French officers – they would have most likely attacked them because the French army pillaged Russia during its onslaught, which made all peasants vengeful, not social.

Most importantly, the word шваль appeared in Russian before the 19th century. It is derived from the verb "шить" (to sew) and means various threads, rags, and patches – disposable garbage that is always around at a tailor’s workshop. With time, this collective image came to denote low-class public. 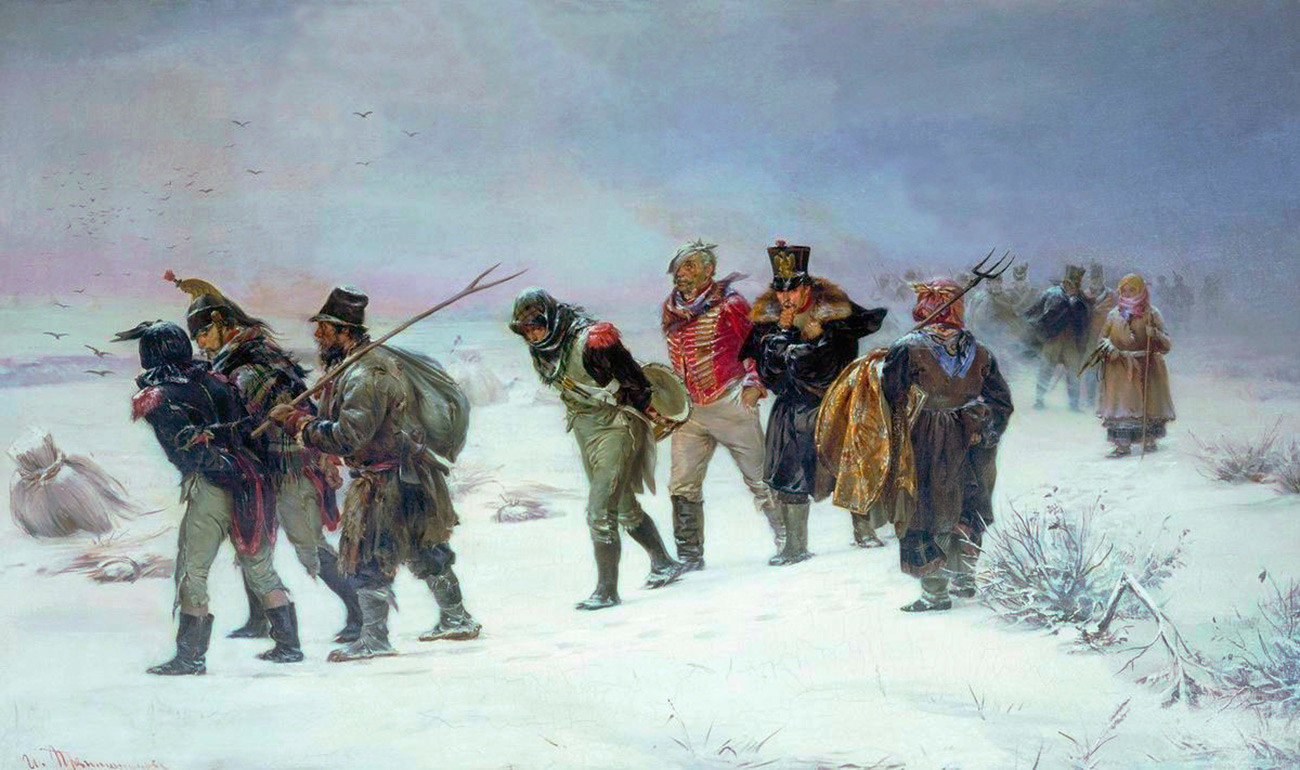 It is obvious that the legend about this word came to exist because it resembles the French words "cher ami" ("dear friend"). Again, the French officers, begging for food on their retreat through the frozen plains of Russia, asked peasants to spare anything, addressing them as "cher ami." Peasants would nickname them "sharomyzhnik," which came to note not only a beggar, but a crooked beggar – those officers who were humbly begging had actually come to Russia to conquer it.

But sounding alike doesn’t mean the words are related. In Russian, there is an obsolete expression “на шаромыгу” (“na sharomygu”), meaning “for free”. The expression was used by Nikolay Gogol in his play "The Government Inspector" and can be found in the letters written by Alexander Pushkin. The expression is derived from an old Russian word, "шарма" (sharma), "for free." So it has nothing to do with French soldiers and the peasants who didn’t understand French  (let alone make any nicknames out of it!) 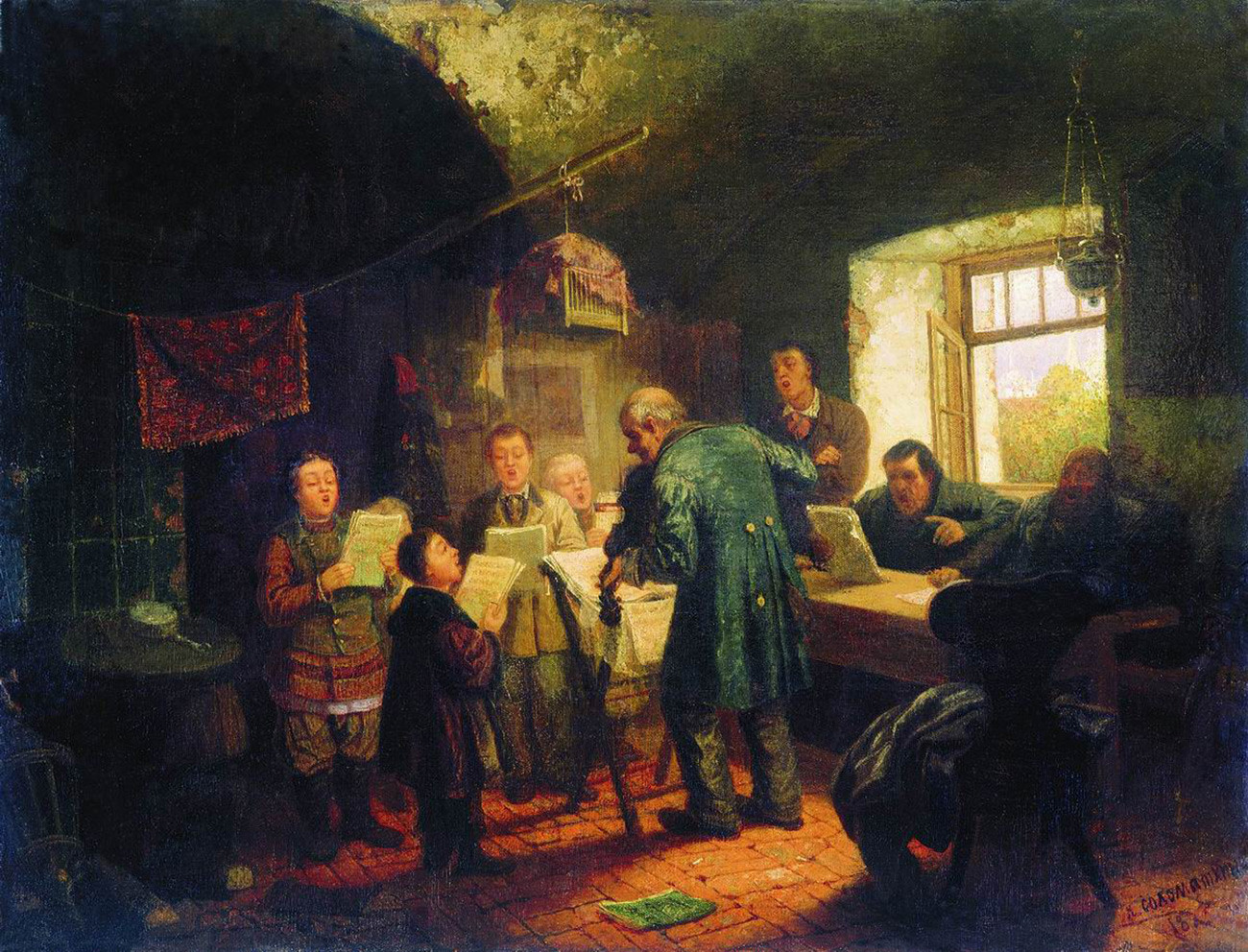 Not all French officers left Russia after Napoleon’s army was defeated and largely disbanded. Some were taken as captives, some just refused to return to France, because the Bourbon dynasty was restored, and the officers feared they would be put on trial.

Many Frenchmen stayed as home teachers for the children of Russian nobles, and occasionally, as directors for serf theaters that Russian landlords loved to organize at their country estates. French tutors were the ones who tested whether peasants could sing in a serf theatre choir, and if the would-be singers were not qualified enough, the tutors would say: “Chantera pas” (“Will not sing” in French). Because of this, "shantrapa" came to mean an unable, low-key person.

Again, sounding alike doesn’t mean the words are related. Also, there were not so many serf theaters in 19th-century Russia that this word could have gained prominence just because of this. Mind you, most Russian landlords were poor and could barely pay taxes – serf theaters were available only to the elite.

The word шантрапа (shantrapa) was most likely derived from Ancient Czech word, "šаntrосh" (liar, deceiver). This word was common in the spoken language of Cherepovets, Yaroslavl, Velikiy Ustyug – which means that the word didn’t have French origins since the peasants of these regions didn’t speak French.