French 'bistrot' is not a Russian word

Getty Images
And the Cossacks probably have nothing to do with it!

A , in the Parisian sense of the word, is a small canteen serving simple meals and cheap drinks.

There is a lingering legend that this french word has a Russian origin. In 1814, after the Russians followed Napoleon back to France and took Paris, a lot of Russian officers would eat in Parisian cafes and canteens. Irritated by the slowness of the French waiters, Russians would shout: “быстро!” (, eng. “fast!”), so the French borrowed the Russian word and named fast-food canteens with it ever after. 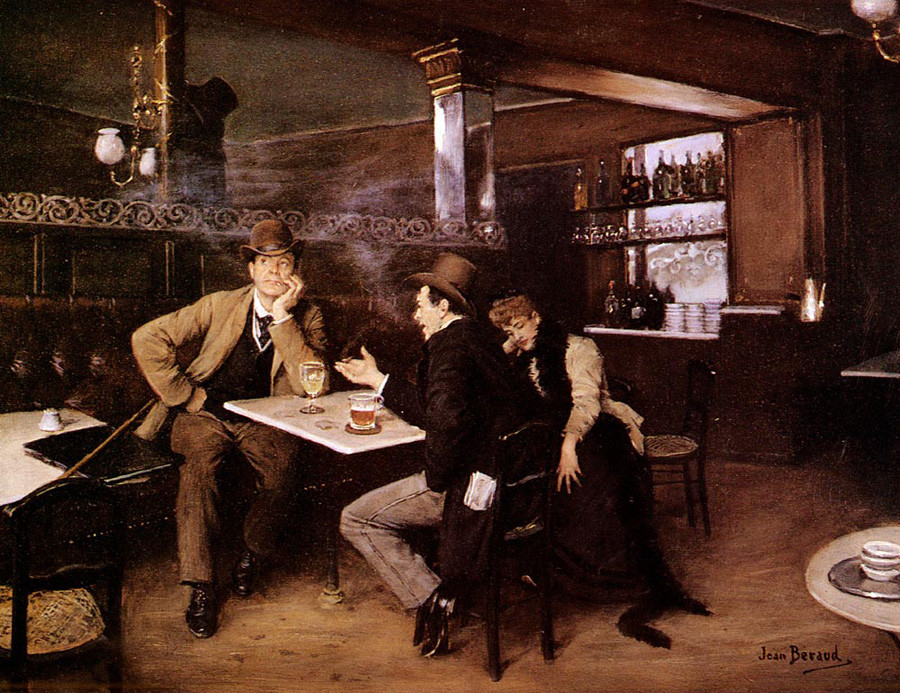 There is even a plaque in Paris, at 6, Place du Tertre, that had been put up in 1964 by the Tourist Information Services of Old Montmartre, that says the word was first coined at this place. 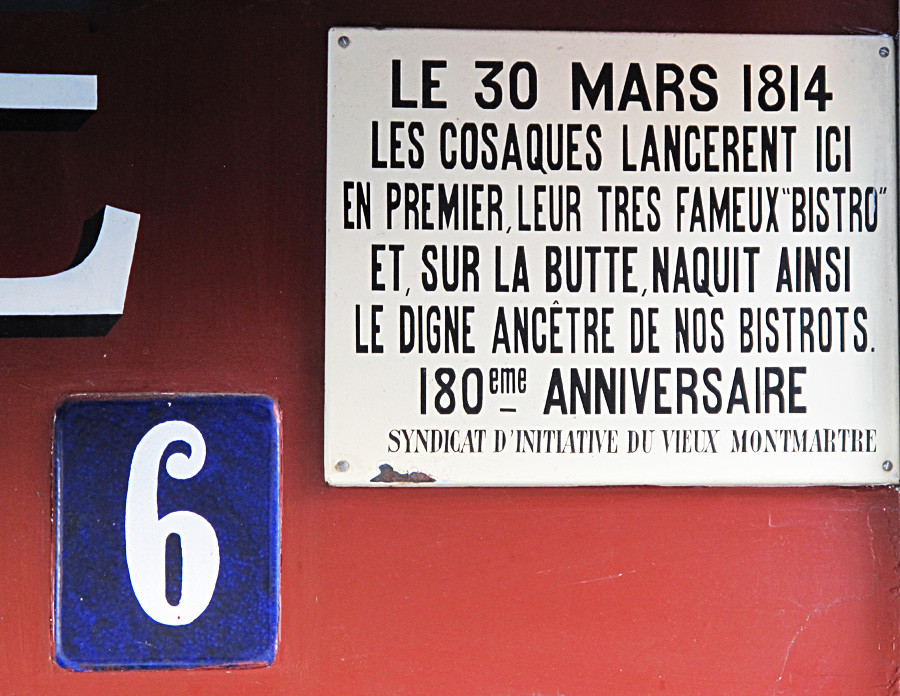 Plaque about the legend of the origin of the word "Bistrot." 6, place du Tertre, Paris

But there’s just one little problem: this is purely a legend, and here’s why:

To begin with, Russian officers in 1814 didn’t need to shout anything in Russian, because they all spoke impeccable French, which was a must for any Russian nobleman, and all officers of the Russian army were noblemen.

Secondly, even if they did shout “быстро!” in the French language, this word didn’t appear in spoken French until the end of the 19th century. There are opinions that the word was borrowed from Russian after the Franco-Prussian War of 1870, in which several Cossack mercenary regiments took part; but in the 1870s, the word didn’t yet mean a canteen or a restaurant. 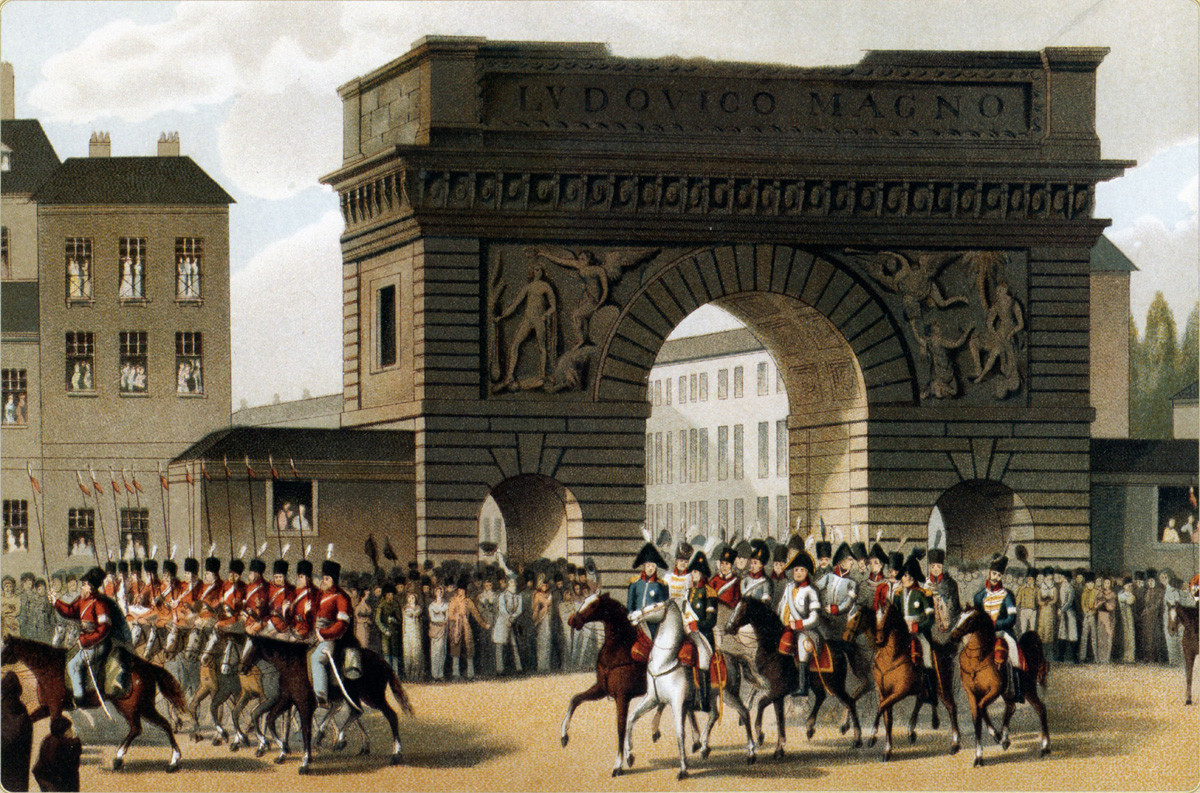 The Entry of Emperor Alexander I into Paris, 1814

French philologists argue that “” is a bit of northern French slang, derived from “” (a servant and, later, a wine merchant). The word’s etymology, most scholars agree, is hard to trace, but the ‘Russian’ version is unlikely to be true.