Who founded Russia and ruled it before the Romanovs? 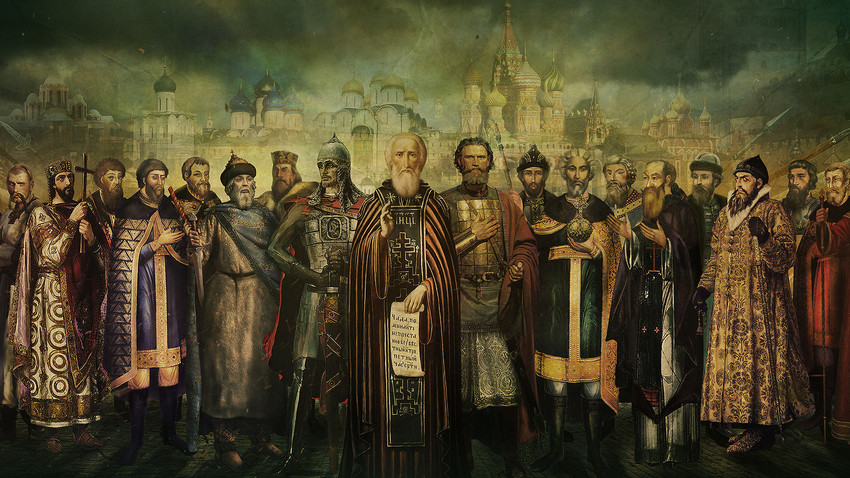 Russia My History historical park
The Rurik Dynasty’s ancestry can be traced from the Varangians, who became the first Russian princes. The Rurikids lived on long after Romanovs came into power, and were respected accordingly.

1. Is it true that the Russian state was founded by non-Slavic people? 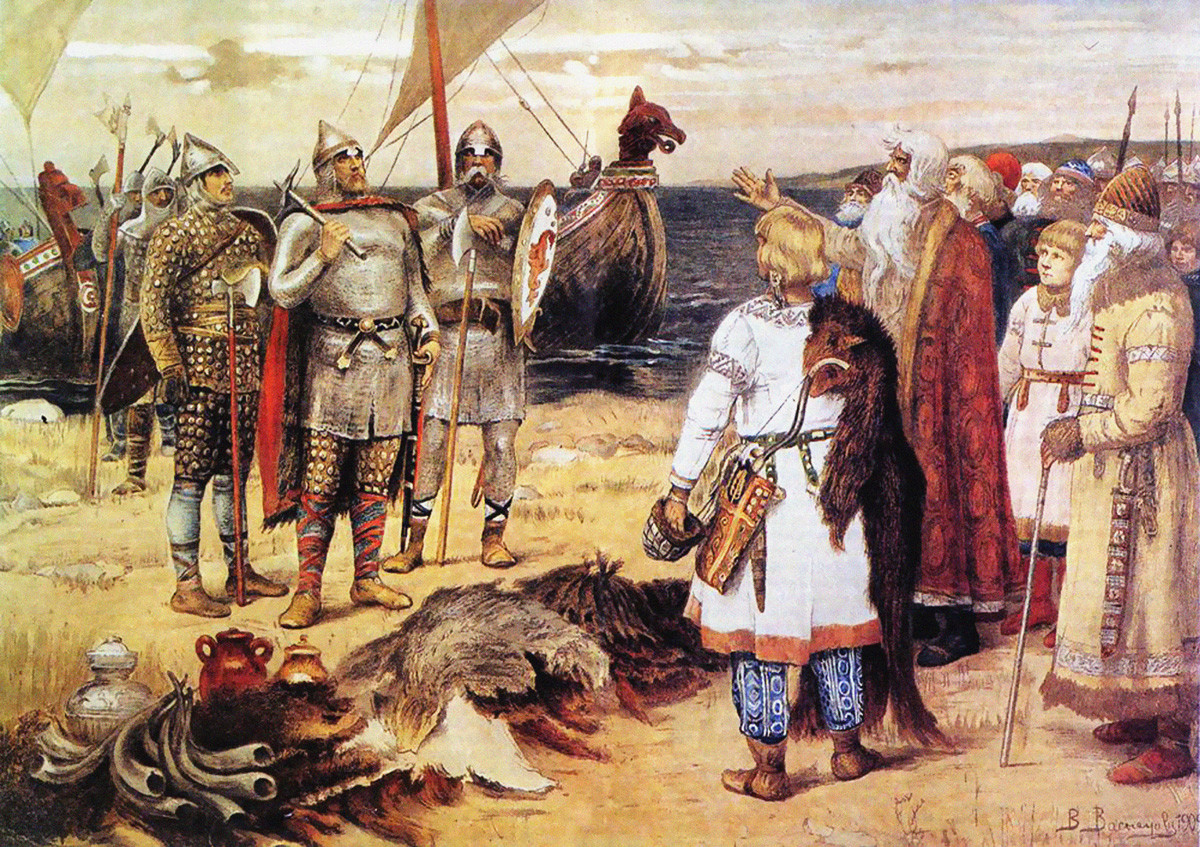 Yes, they were most likely Varangians. Although, a 12th-century Russian chronicle calls them “Rus”. According to the chronicle, Rurik (died in 879) was a Varangian prince who was called upon by the Finnic and Eastern Slavic peoples of the Northwestern lands in 862:

Discord ensued among them, and they began to war one against another. They said to themselves, "Let us seek a prince who may rule over us, and judge us according to the law." They accordingly went overseas to the Varangian Rus: these particular Varangians were known as Rus, just as some are called Swedes, and others Normans, Angles, and Goths, for they were thus named. The Chuds, the Slavs, and the Krivichians then said to the people of Rus, "Our whole land is great and rich, but there is no order in it. Come to rule and reign over us." – The Tale of Bygone Years (Primary Chronicle), Russia, 12th century 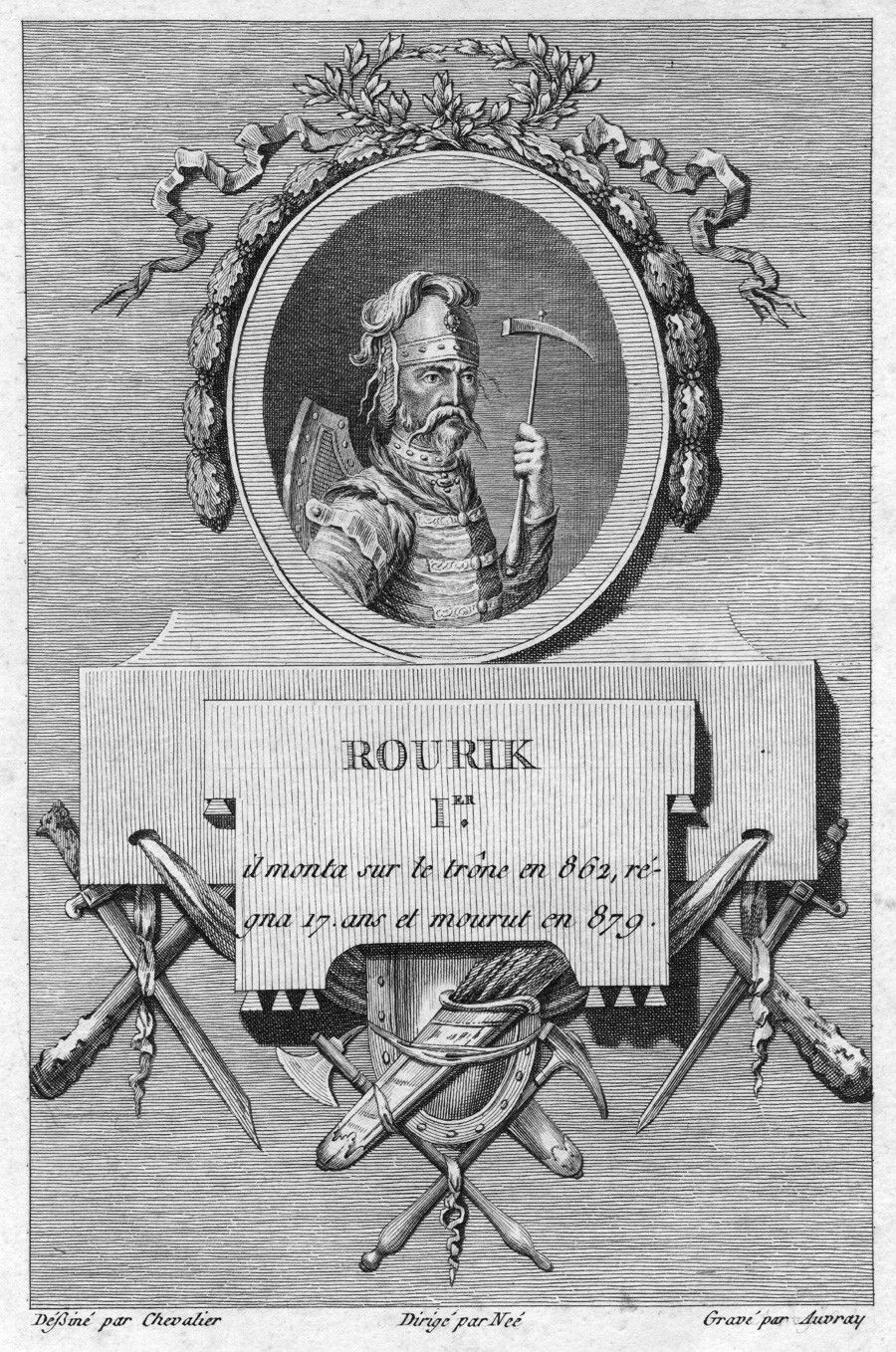 Along with Rurik, came his allies (the chronicle calls them “brothers”), Sineus and Truvor. They established themselves and their retinue in the towns of Ladoga and Novgorod (Rurik), Beloozero (Sineus), and Izborsk (Truvor). This milestone event, also known as the 'summoning of the Varangians', was the starting point of the Russian state. Truvor and Sineus died shortly after the establishment of their territories, and Rurik consolidated these lands into his own territory. Rurik’s successors, beginning with his son Igor (878-945), continued the Rurik dynasty, and were also known as “Rurikids”.

2. How many Rurikids were there? 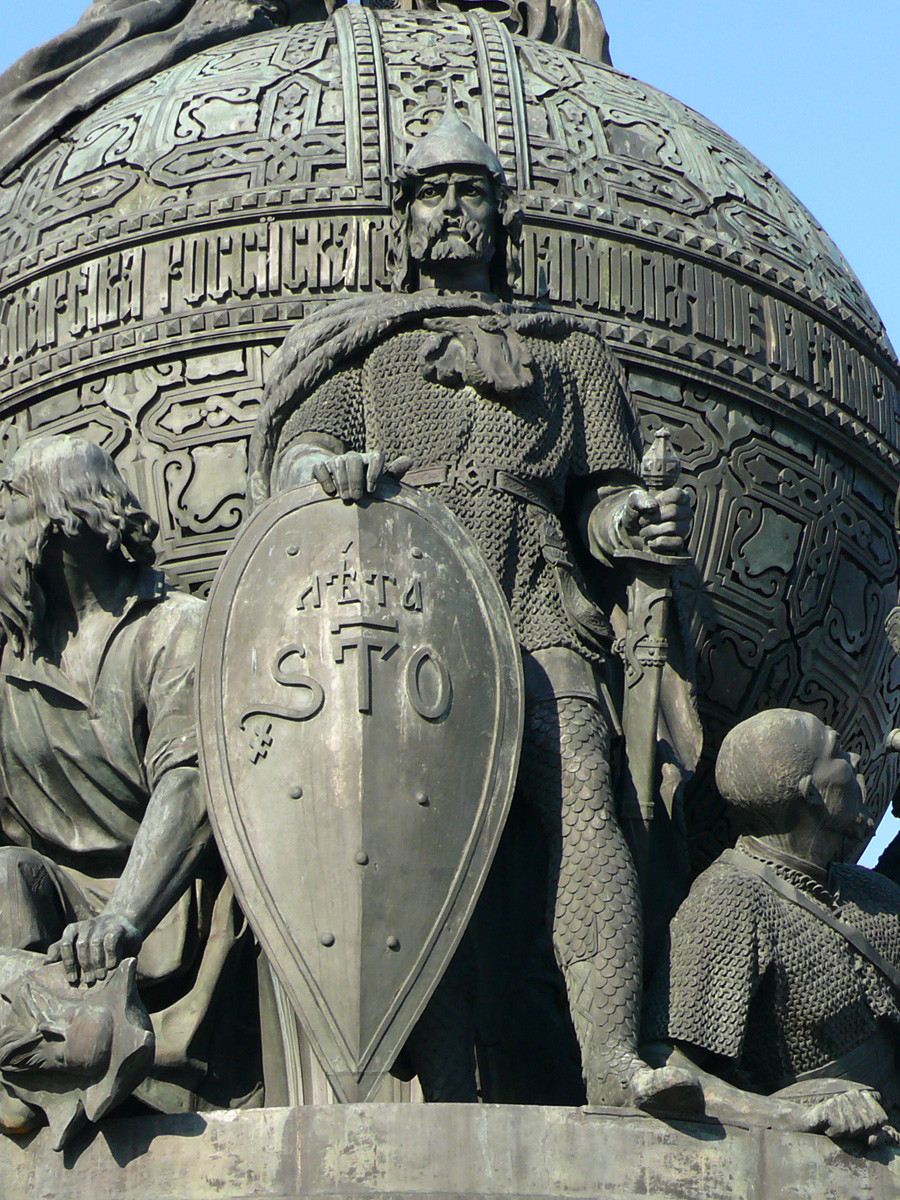 Rurik on the Monument «Millennium of Russia» in Veliky Novgorod

Several hundred. However, the exact number can not be estimated, due to the lack of historical sources. The most comprehensive genealogic tree of the Rurikids can be seen here (link in Russian).

In the 11th century, the dynasty became much wider, and sub-dynasties were formed. Numerous princes ruled over hundreds of towns across Russia, creating a feudal fragmentation of the land. There were over 5 major branches of the dynasty at the time.

3. How long did they rule Russia? 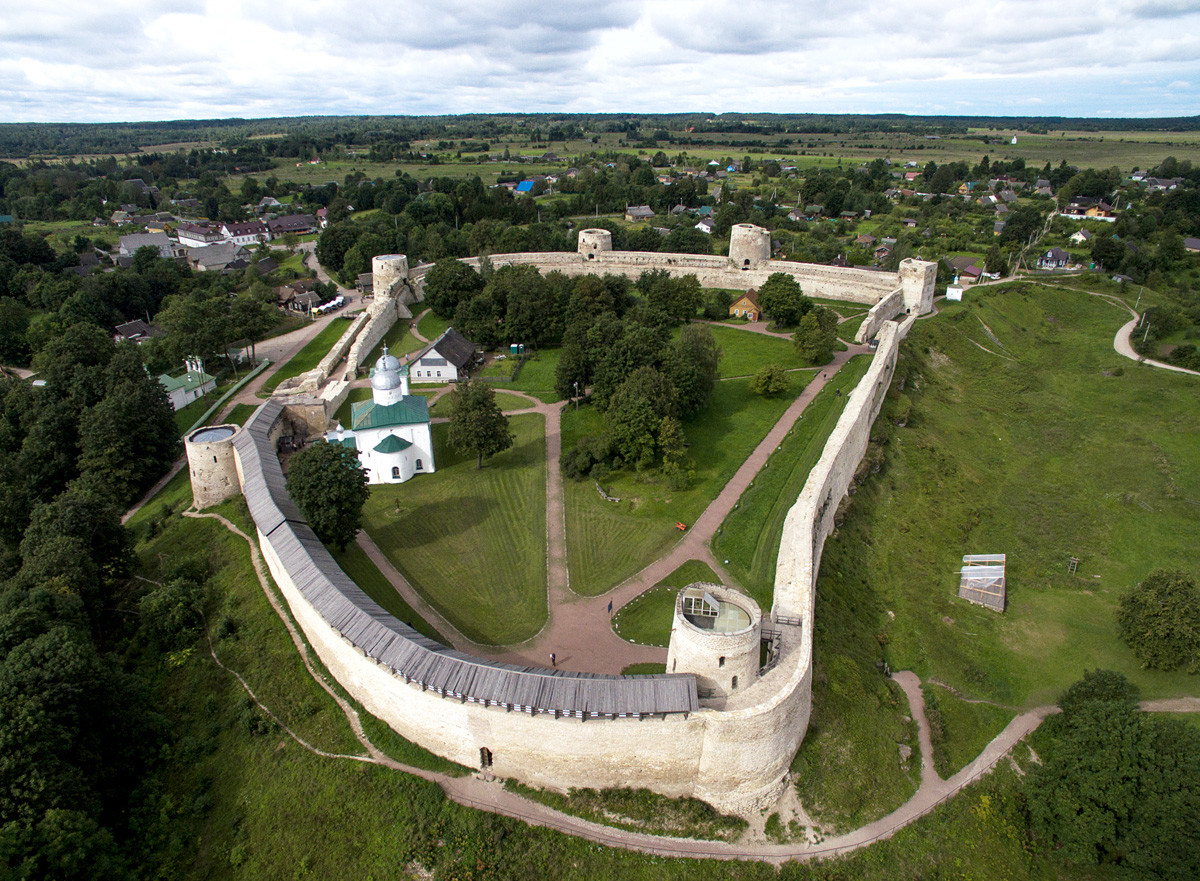 The Izborsk fortress in Pskov region, Russia. One of the places the Russian state began with.

For 748 years – from 862, when Rurik and his brothers were summoned, until 1610, when the last Rurikid tsar, Vasili IV of Russia (Vasiliy Shuisky), was deposed.

4. Who were the most famous Rurikids?

Vladimir the Great, christener of Rus’. 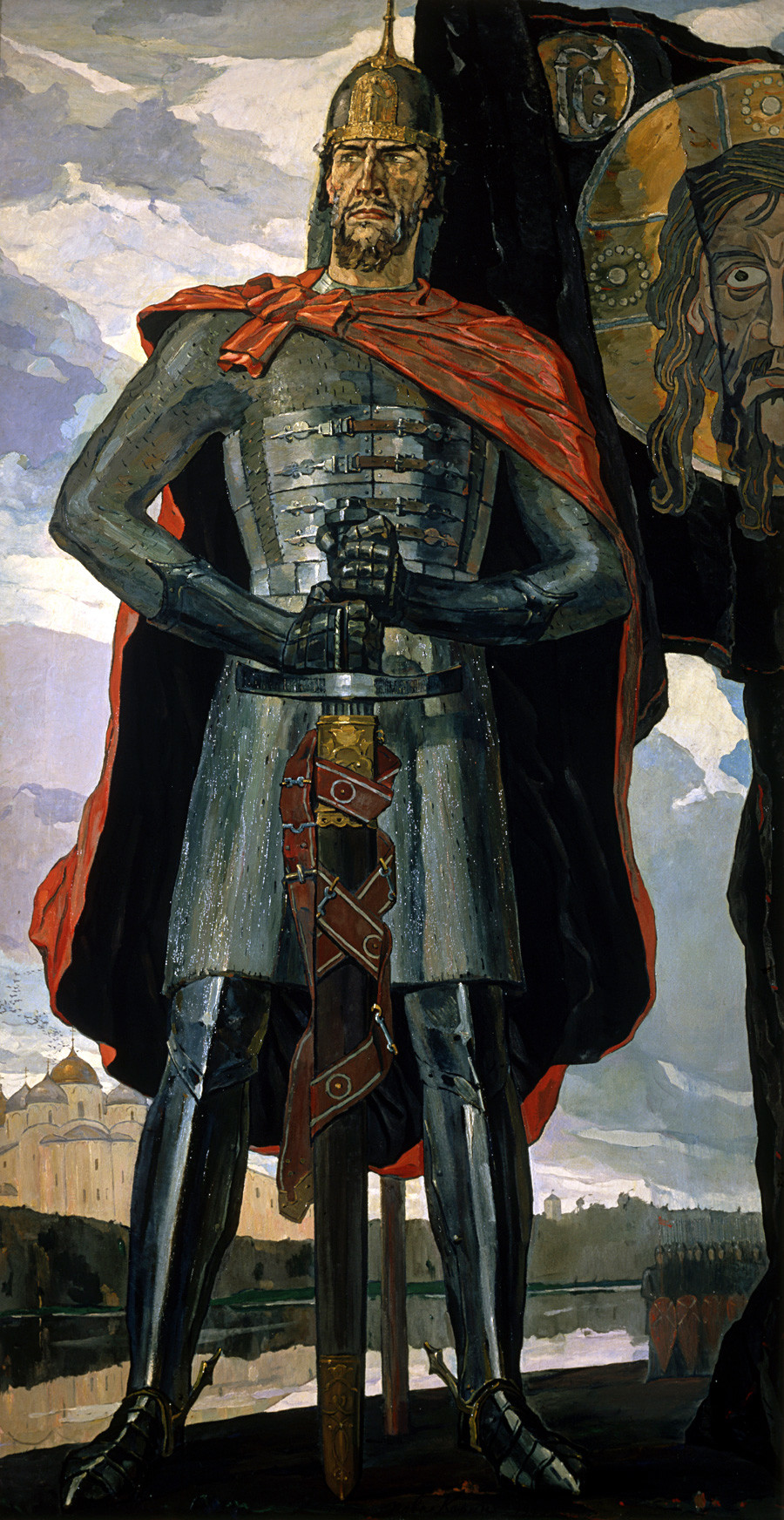 Ivan I of Moscow (Ivan Kalita), who began uniting the lands under Moscow as a central city.

Dmitry Donskoy, who defeated the Tatar Mongols in the Battle of Kulikovo. 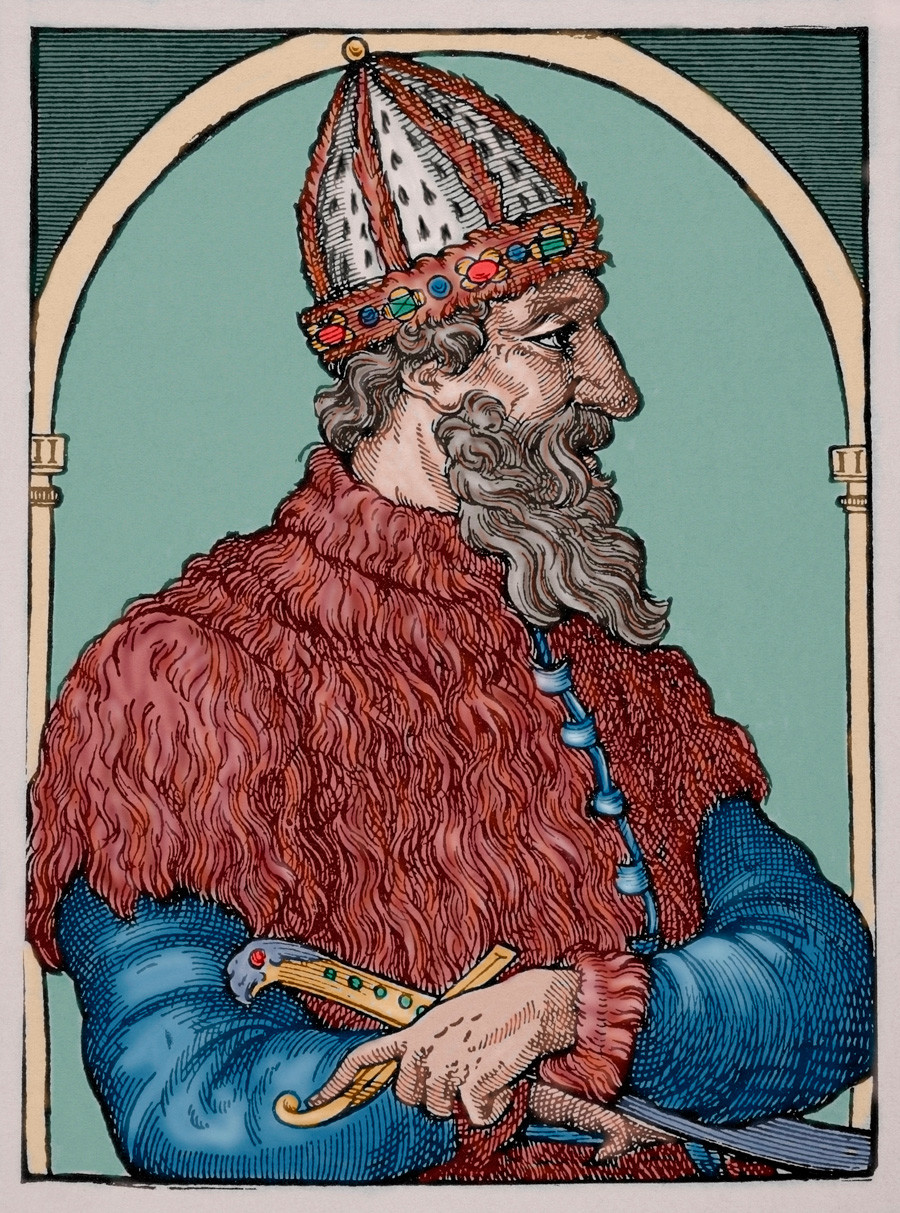 Portrait of Ivan the Great of Russia, Grand Prince of Moscow

Ivan III the Great, the first Grand Prince of Moscow.

5. When and why did the rule of the Rurik dynasty end? 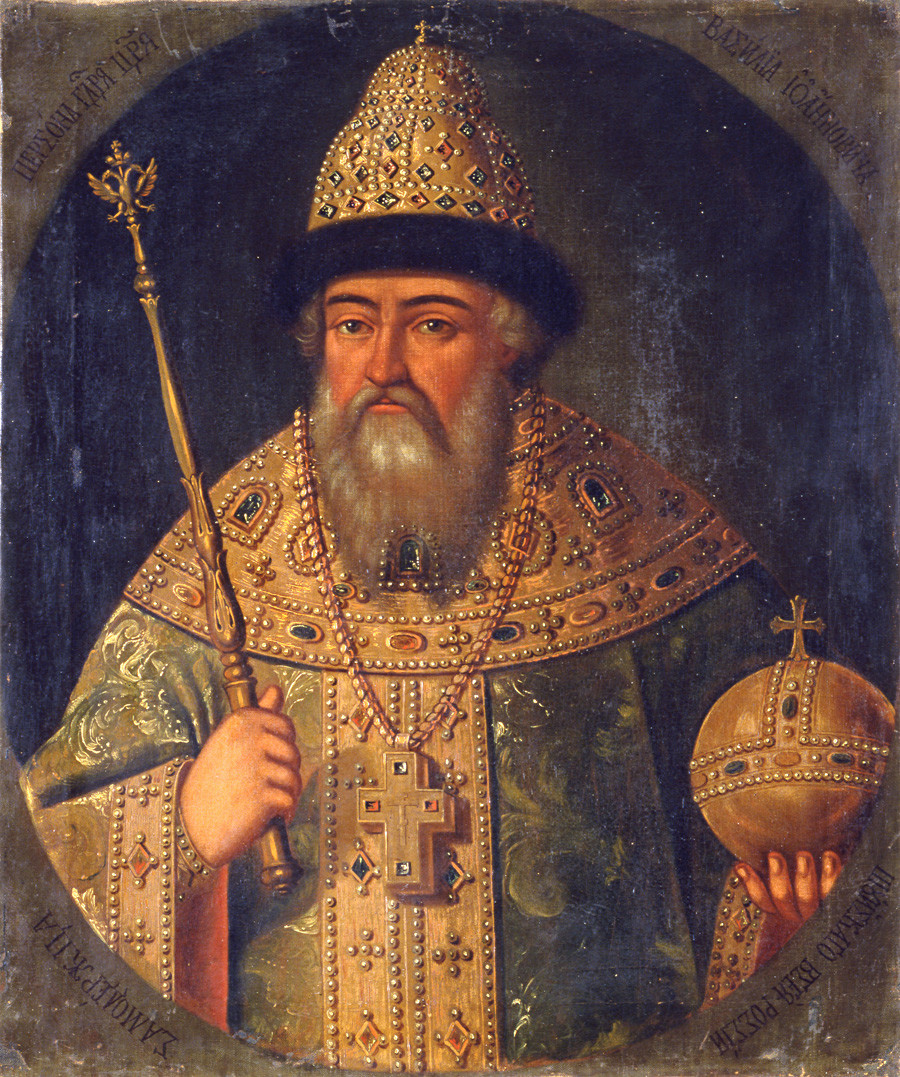 Vasiliy Shuisky (1552-1612) was the last Rurikid tsar to rule Russia in 1606, after False Dmitry I, a ‘pretender tsar,’ was killed. Shuisky belonged to the Suzdal branch of the Rurikids. He ruled for 4 years, but was never generally recognized. Even in Moscow itself he had little or no authority. In 1610, he was deposed by Princes Vorotynsky and Mstislavsky. Shuisky was made a monk and died 2 years later in Poland.

6. Were the Rurikids and Romanovs related? 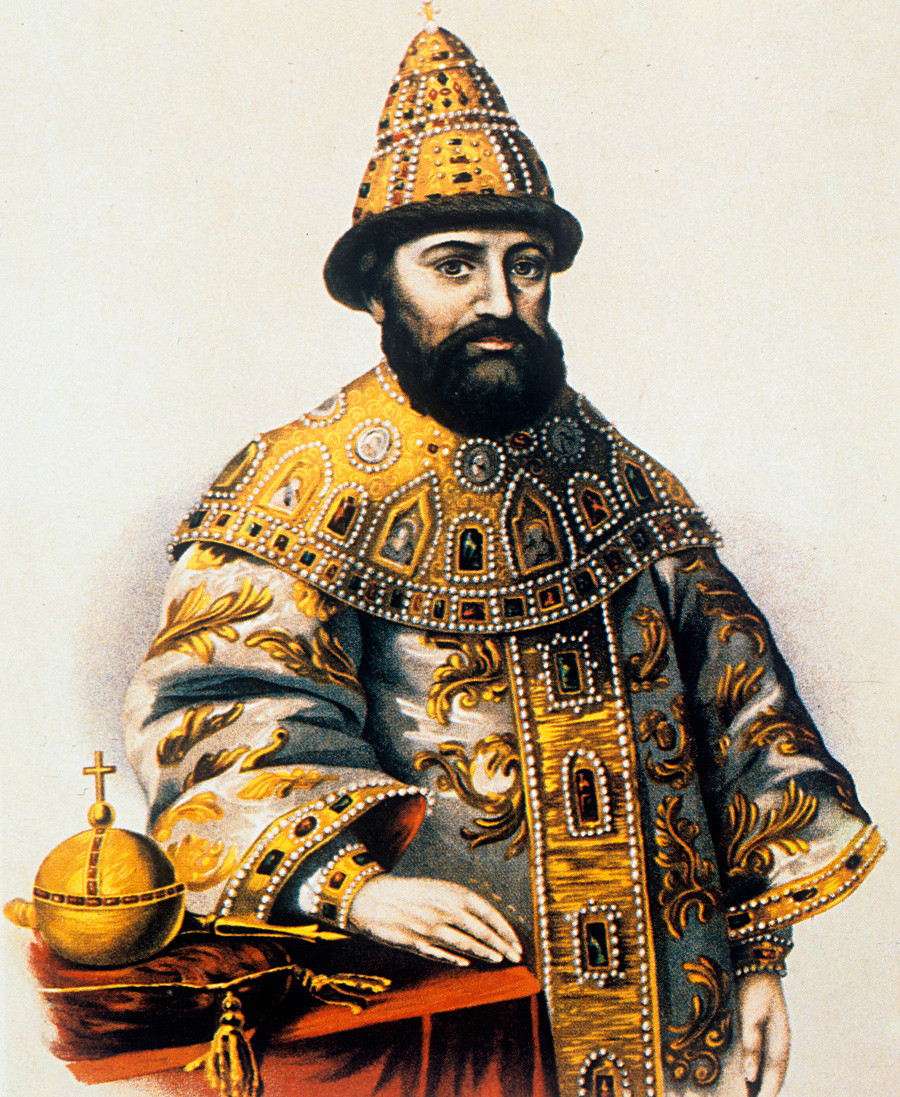 Mikhail Fyodorovich Romanov (1596-1645), the first Russian Tsar of the house of Romanov

CORRECTION: The article previously stated that the Romanovs had an ancestor among the Rurikids – Feodor Koshka (‘The Cat’), who died in 1407. Our readers pointed out our mistake: Feodor Koshka wasn't a Rurikid at all. In fact, Mikhail Romanov's father, Feodor Nikitich Romanov (1553-1633) was descended from the Rurik dynasty through the female line because his mother, Evdokiya Gorbataya-Shuyskaya, was a Rurikid princess from the Shuysky branch, daughter of Alexander Gorbatyi-Shuisky.

7. How many Rurikids remained after the Romanovs came to power? What did they do?

Rurikids have lost their rights to the throne, because Mikhail Fyodorovich (1596-1645), the first Romanov, was elected by the Zemsky Sobor of 1613 (an occasional Russian parliament of the 16-17th centuries). So, the Romanovs came to power by the law of the land. 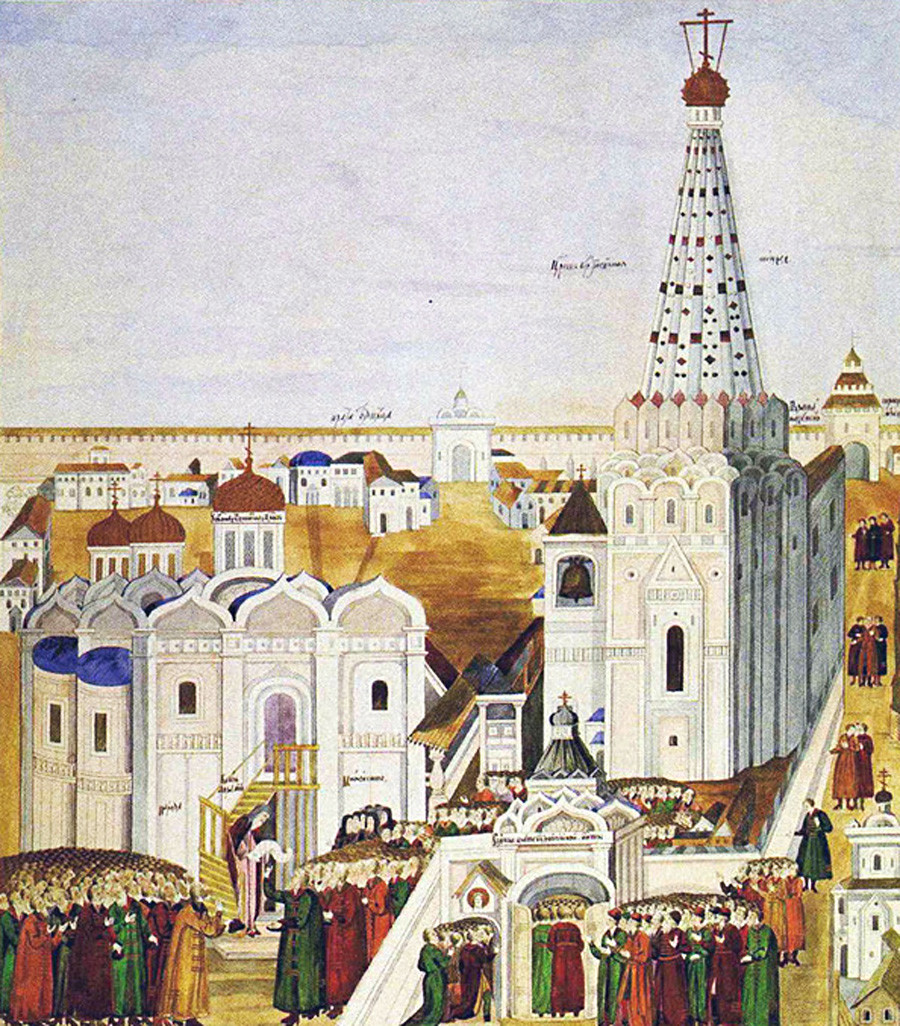 February 20, 1613. A decree about the new, Romanov dynasty is being read in the Moscow Kremlin. 17th-century miniature.

Rurikids were greatly respected, nonetheless. They all kept their princely titles even after the reforms of Peter the Great. As of the beginning of the 18th century, there were 47 Russian princely dynasties, most of them branches of the Rurikids. By the 1880s, 36 of them remained. They led different lives, but mostly served the state as civil servants or military officers. 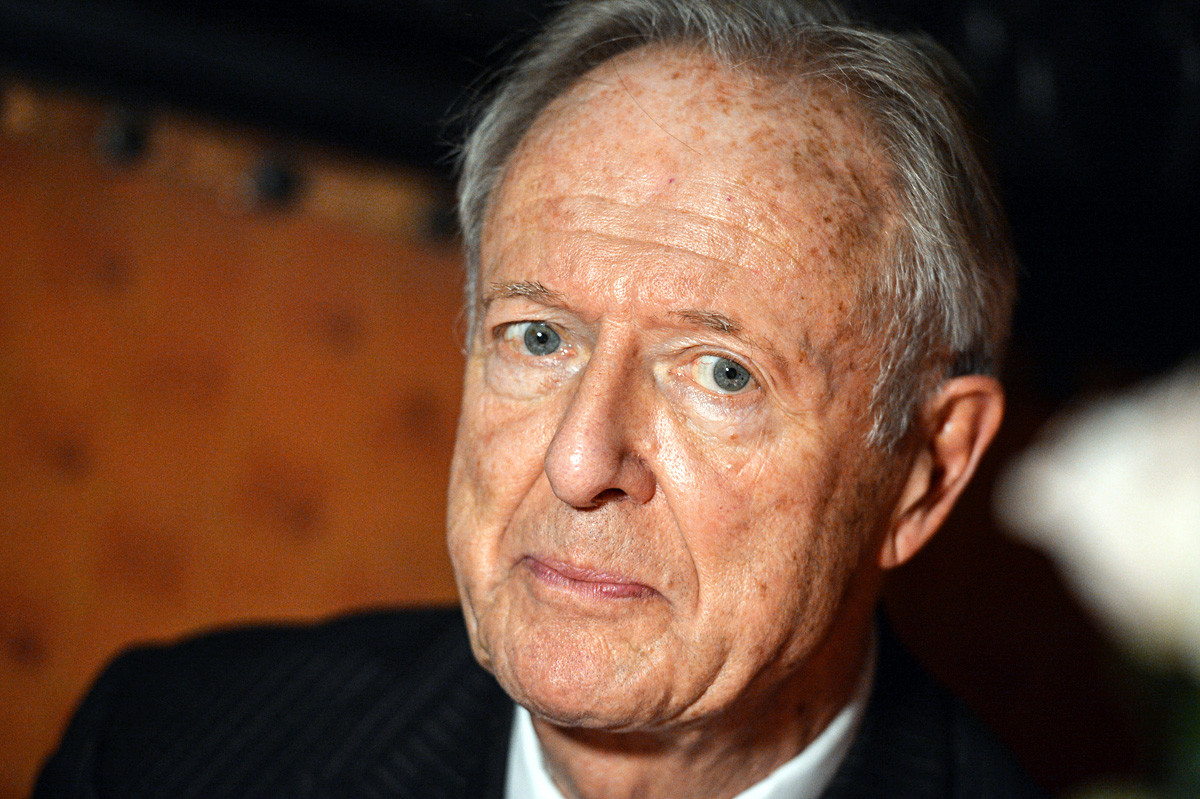 Currently, there are thousands of people who carry the Rurikids’ DNA. Nikita Lobanov-Rostovsky (born 6 January 1935), a genealogist and collector, is one of the more well known contemporary Rurikid. 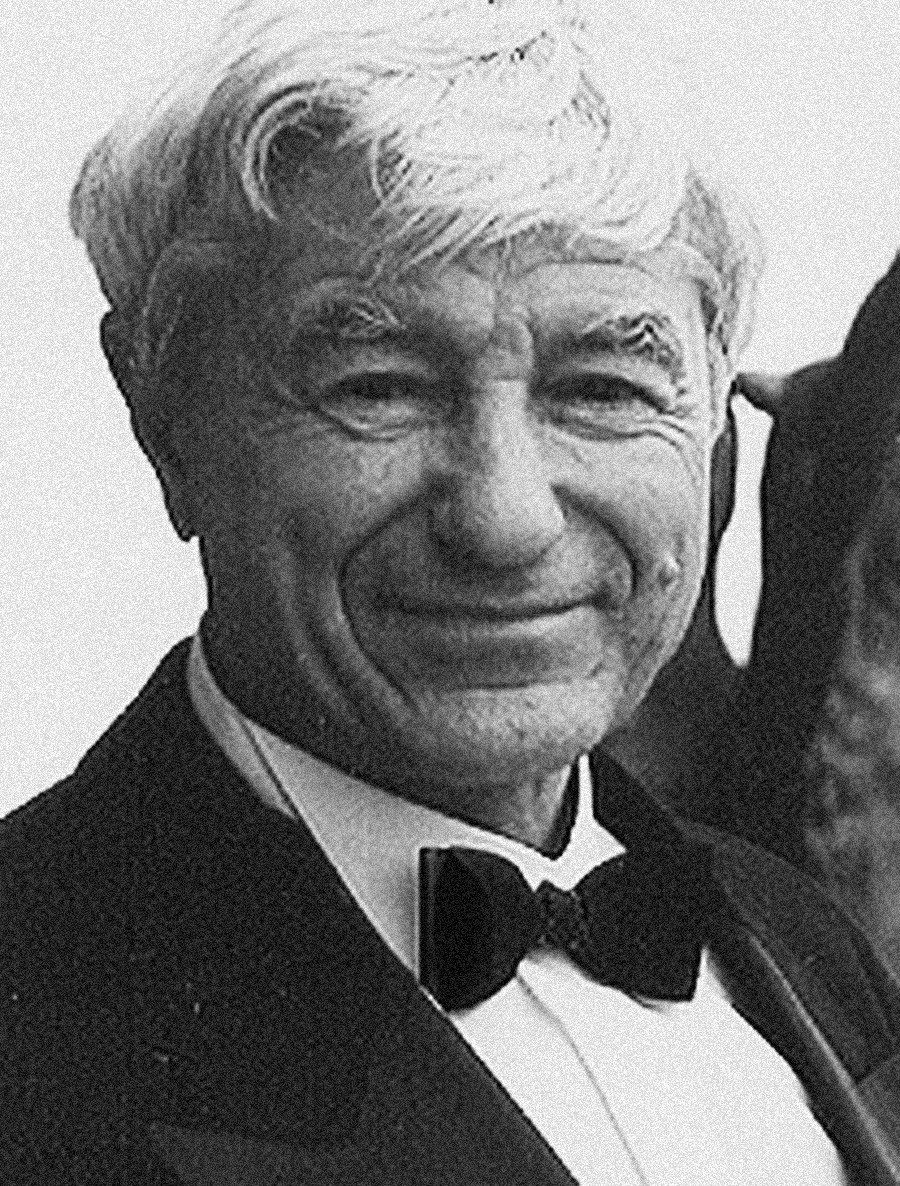 Russian professor of physics, Andrey Gagarin (1934-2011), was another prominent Rurikid. He was married three times and was a father of two daughters and a son. Prince Dmitry Shakhovskoy (b. 1934), another Rurikid, is a professor in philology. He lives in Paris.