Which of the Romanovs holds the rights to the Russian throne? 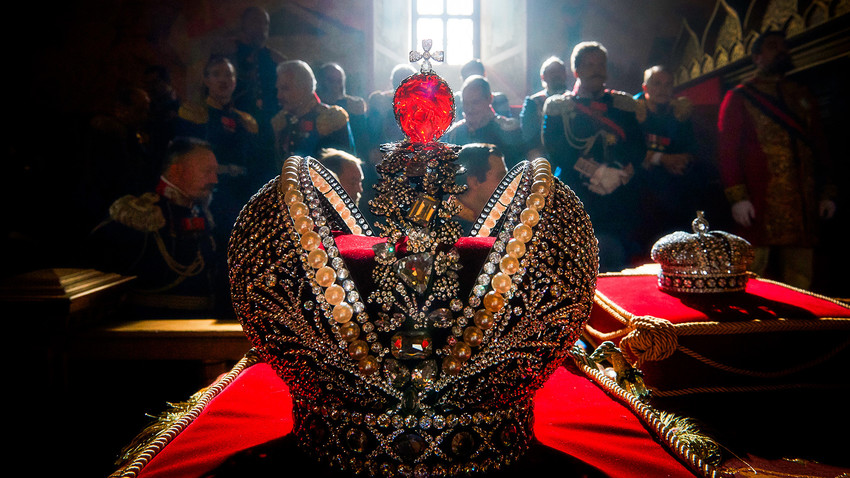 Alexei Danichev/Sputnik
After the fall of the Tsarist regime on March 2, 1917, those Romanovs who managed to escape capture by the Bolsheviks sought refuge abroad. Since then, several Romanovs have claimed to be the legal successors to the non-existent Russian throne, and they’re still arguing!

The great-grandson of Grand Duke Kirill Vladimirovich, the first Romanov in exile to name himself ‘Emperor’ after Nicholas II’s death, was born in 1981 in the family of Maria Vladimirovna Romanova and Prince Franz Wilhelm of Prussia and was named George.

Prince Vasili Alexandrovich, who then was head of the Romanov Family Association, said: “The happy event in the Prussian royal family doesn’t affect the Romanovs because the newborn prince doesn’t belong to the Russian Imperial House nor the Romanov family.” What made them all so angry?

Grand Duke with a red ribbon 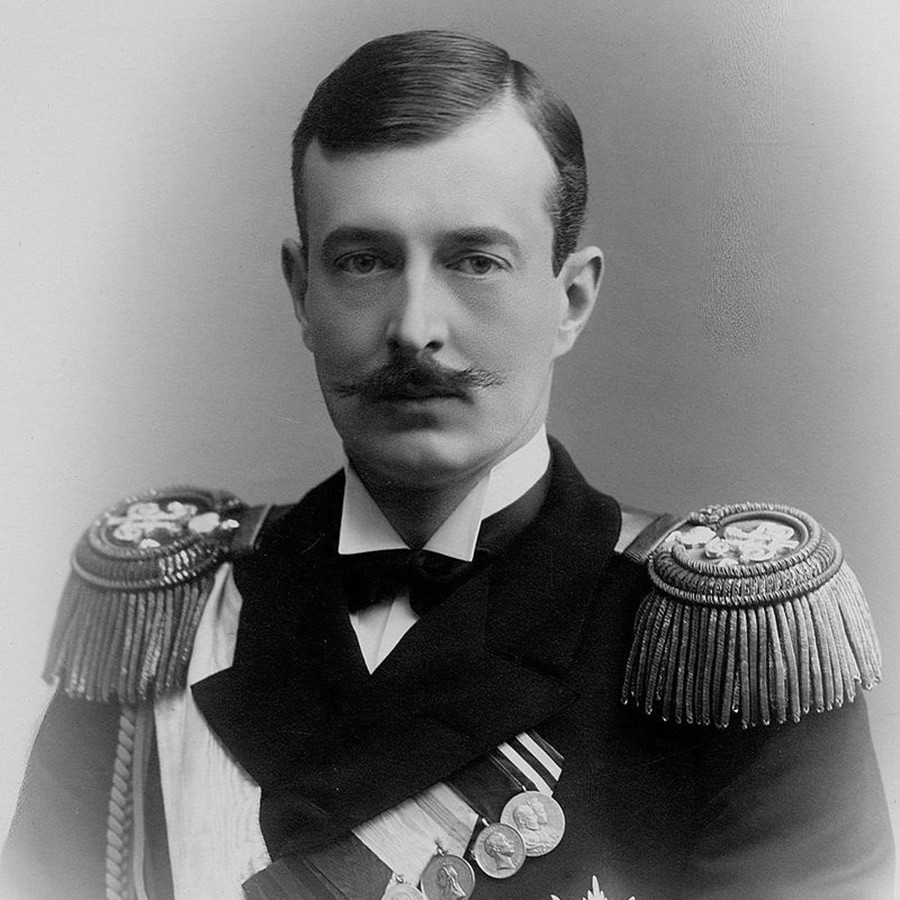 Kirill was Alexander II’s grandson, and on August 31, 1924, he proclaimed himself Emperor Kirill I, enraging the other Romanovs, who thought he had no right to do so.

Disapproving of such a decision, they pointed out that Kirill took part in the February Revolution of 1917 – he broke the oath of allegiance to Nicholas II. Commander of a corps in the Royal Guards, on March 1, 1917, Kirill entered the State Duma building wearing epaulets with the Emperor’s monogram and a red ribbon on his and swore his and his guard’s allegiance to the people of Russia and the Duma. But that wasn’t the main objection.

Kirill broke Russian law on dynastic succession – he married his cousin, Princess Victoria Melita of Saxe-Coburg. Nicholas II didn’t approve of this marriage, and Kirill’s wife didn’t convert to Orthodox Christianity. Nicholas deprived Kirill of his rights as a member of the House of Romanov. The Emperor’s decision was classified in order not to the public. After Victoria finally converted to Orthodoxy, Kirill was given back his rights as a member of the family, but his right of succession to the throne wasn’t reinstalled. Still, at the moment of marriage, their union was not approved by the Emperor 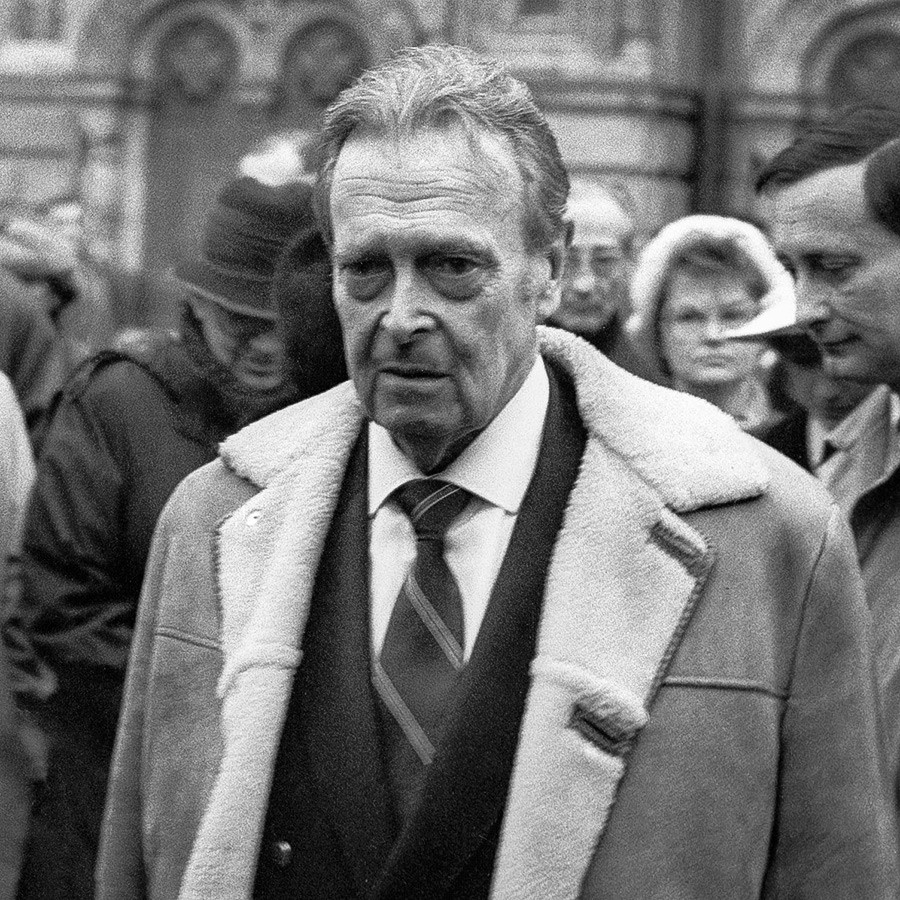 Vladimir Kirillovich Romanov (1917-1992), son of Grand Duke Kirill Vladimirovich and Head of the House of Romanovs until his death.

Kirill died, his son Vladimir (1917–1992) became the eldest successor to the non-existent throne. He never called himself “Emperor,” but his father had bestowed on him the title of “Grand Duke and Tsesarevich” (heir apparent), and Vladimir took on the responsibilities of the Head of the House of Romanov.

Do Kirill’s descendants have the right to the throne? 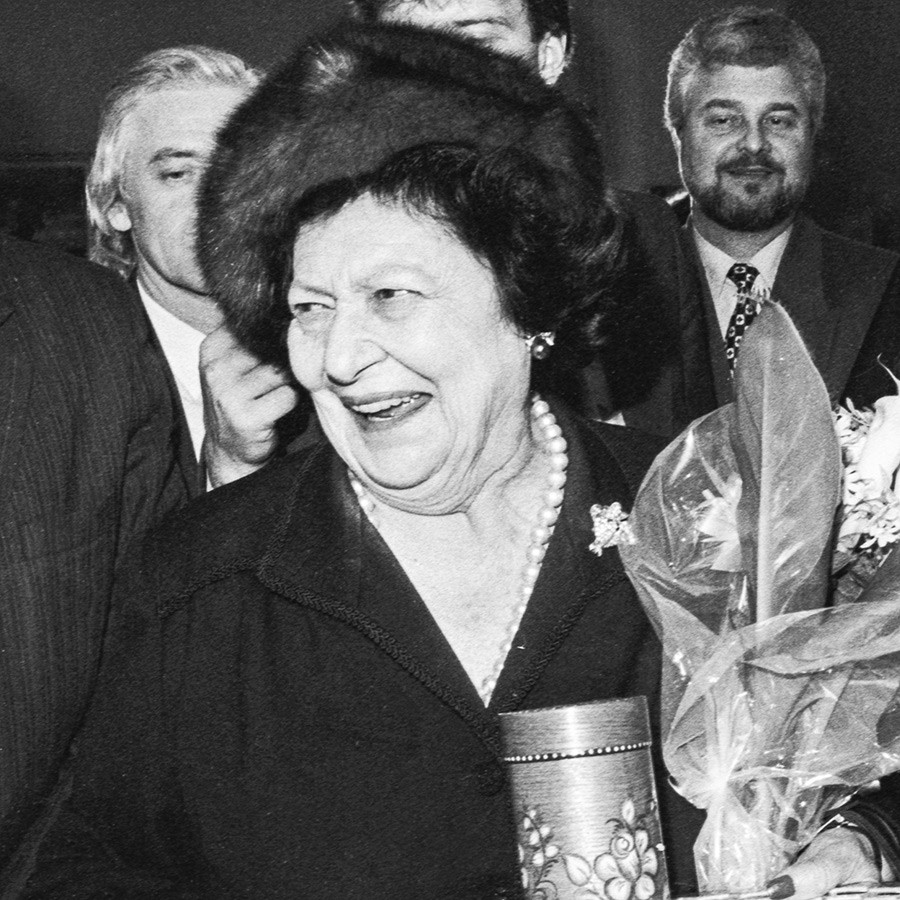 “Naming Vladimir as ‘Grand Duke’ was a violation of Russian Imperial Law,” says Evgeny Pchelov, a Russian historian and an internationally renowned specialist in Romanov genealogy. “Grand Dukes could only be those who were at least grandsons to any Emperor. And Vladimir Kirillovich was the great-grandson of Alexander II. So he couldn’t hold the title of Grand Duke and Tsesarevich, as his father bestowed on him.” 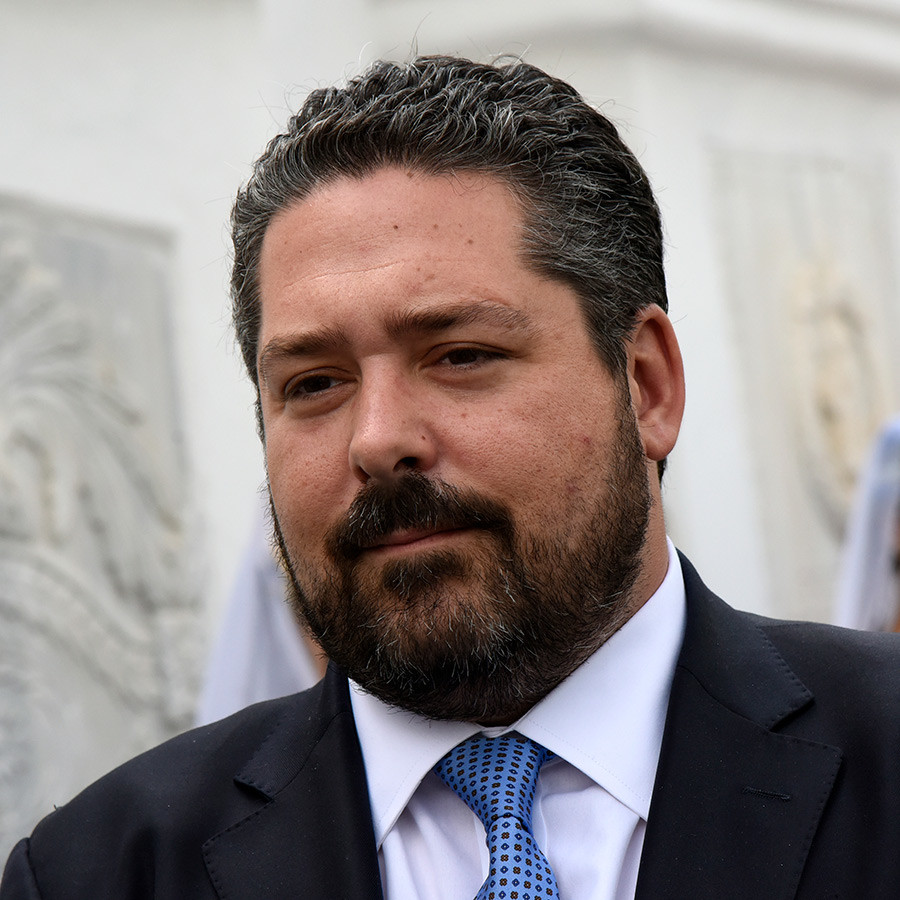 In 1948 in Lausanne, Vladimir married Georgian Princess Leonida Georgievna Bagration of Mukhrani. In 1969, Vladimir declared their only child, 16-year-old Maria, heir to the throne. Other Romanov descendants, most notably Prince Andrei Alexandrovich (great-grandson of Nicholas I) expressed their discontent: Leonida Bagration was not an “equal-born” spouse to Vladimir 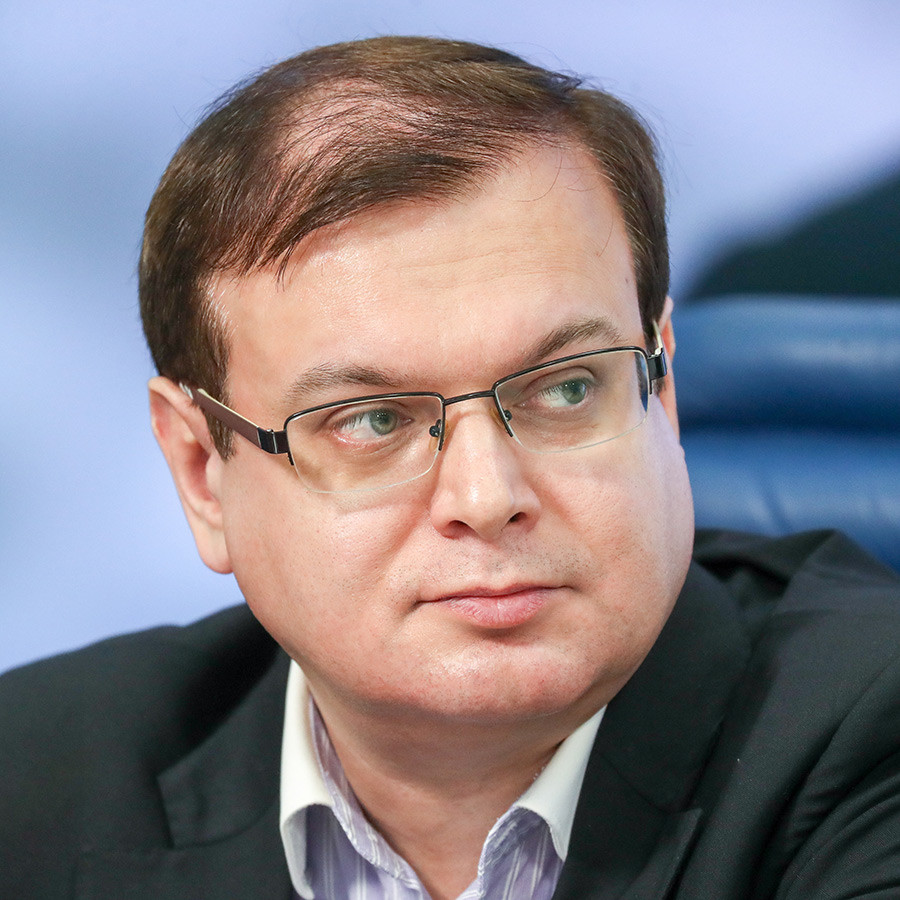 Evgeny Pchelov, Russian historian, expert in the genealogy of the House of Romanovs

1946, Vladimir granted the Bagrations of Mukhrani royal dignity because they belonged to the Bagration family, the dynasty of Georgian Tsars. Evgeny Pchelov explains why this was not true: “The dynasty of Bagrations, Georgian princes, had several branches, and the Georgian Tsars belonged to the Imereti branch. Moreover, according to Imperial Russian Law, the Russian Emperor held the title of ‘Tsar of Georgia’ since 1801, when Georgia became a part of the Russian Empire. So, no Georgian dynasty could be considered “equal” to the Romanovs. Vladimir’s decision of 1946 made the situation absurd,” Pchelov says. 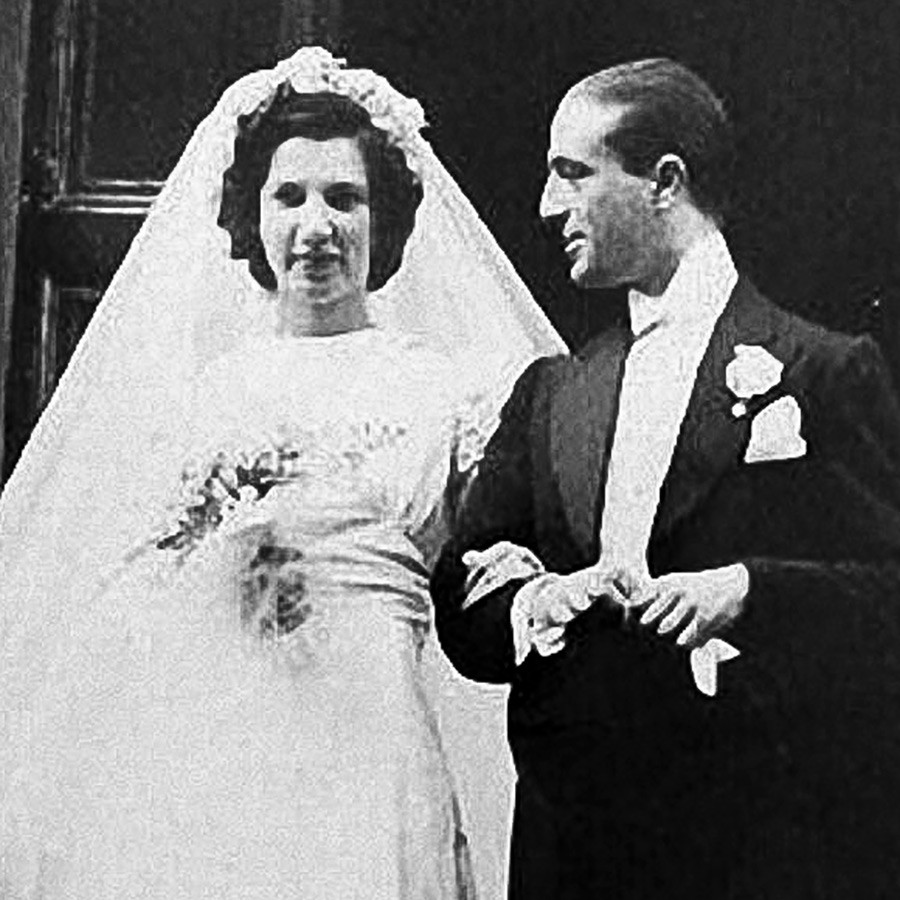 members of the Russian Imperial House of Romanov can claim rights to the throne,” adds Pchelov. “Such people must be first of all born in an equal marriage – between descendants of royal dynasties. The last Romanov to satisfy these demands was Princess Catherine Ivanovna (1915 – 2007), who spent the last years of her life in Uruguay. Currently, there are no Romanovs born out of equal marriages, so according to Russian Imperial Law, nobody can claim rights to the throne,” Pchelov concluded.

Some monarchist scholars also claim that the Russian Empire hasn’t been officially declared void and that it technically still exists. This is untrue, however, because on Jan. 5, 1918, at its first and only meeting, the Russian Constituent Assembly declared the country a republic.

Finally, why are we even talking about Russian Imperial Law – it ceased to exist with the end of the Russian Empire? Well, so did the monarchy. But one thing is for sure, there are no Romanovs that hold undisputed rights to the non-existent Imperial throne.