All you ever wanted to know about the House of Romanov 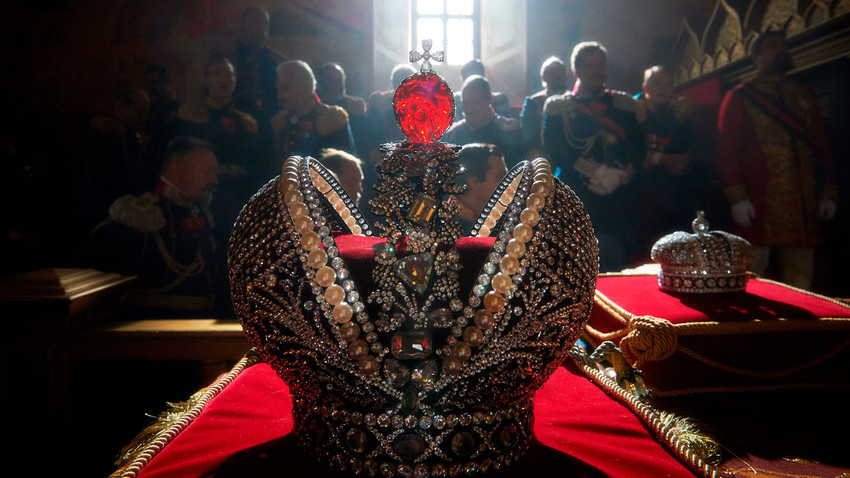 The House of Romanov was the second dynasty to rule Russia, and also the last. It began with the reign of Mikhail Romanov in 1613 and lasted for more than three centuries, until the bloody incidents of the 1917 February Revolution.

The Romanovs were always surrounded by intrigue and rumors, and the details surrounding the murder of Russia’s royal family remain topical, even a century after their deaths.

“This is really a family saga,” said the British historian and author Simon Sebag Montefiore, who wrote a best-selling biography of the Romanov dynasty.

Russia Beyond has already published more than 60 articles related to the House of Romanov and we’re still finding more worth writing about. Take a look at what we’ve covered so far.

Who was the first Romanov? 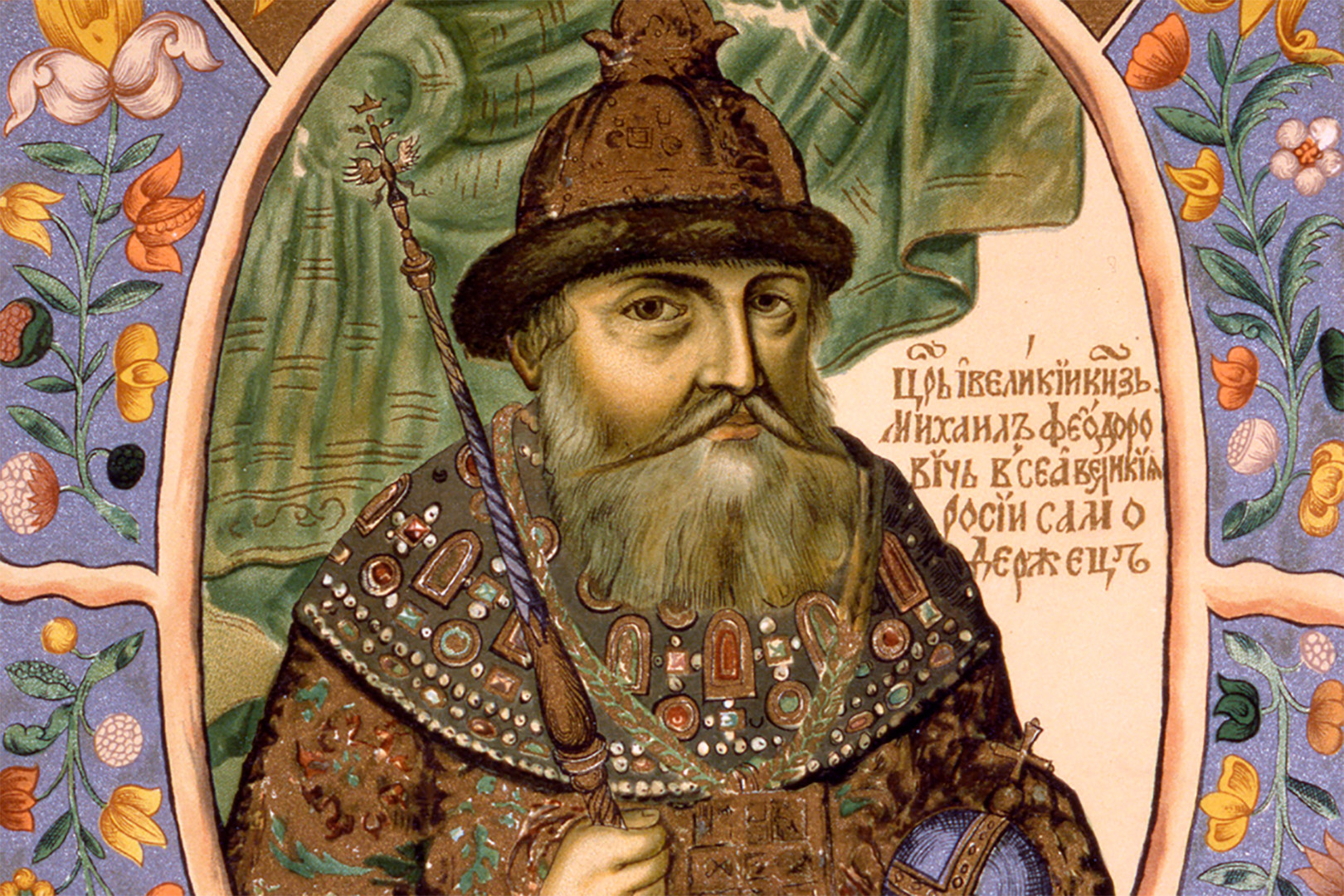 According to records, the first known person to carry the surname was Andrei Kobyla, mentioned in 1347.

The first Romanov from the dynasty to rule, however, was Mikhail Romanov (1596-1645). His grandfather, Nikita, had been a central adviser to Ivan the Terrible (read 7 facts about this terrifying ruler). It was on Feb. 21, 1613 that Mikhail Fedorovich Romanov was unanimously elected as the Czar of Russia by the National Assembly. He was married to Eudoxia Streshneva, and they had 10 children, though six of them died in their youth.

The Romanov family tree can barely be contained on one page. By early 1917, there were a total of 65 family members, 32 of them male, and 18 of them had ascended to the throne! Meanwhile, the same number (18) were killed in the years 1918 and 1919 by the Bolsheviks — these are the kind of games that fate plays.

Who was the most outstanding Romanov? 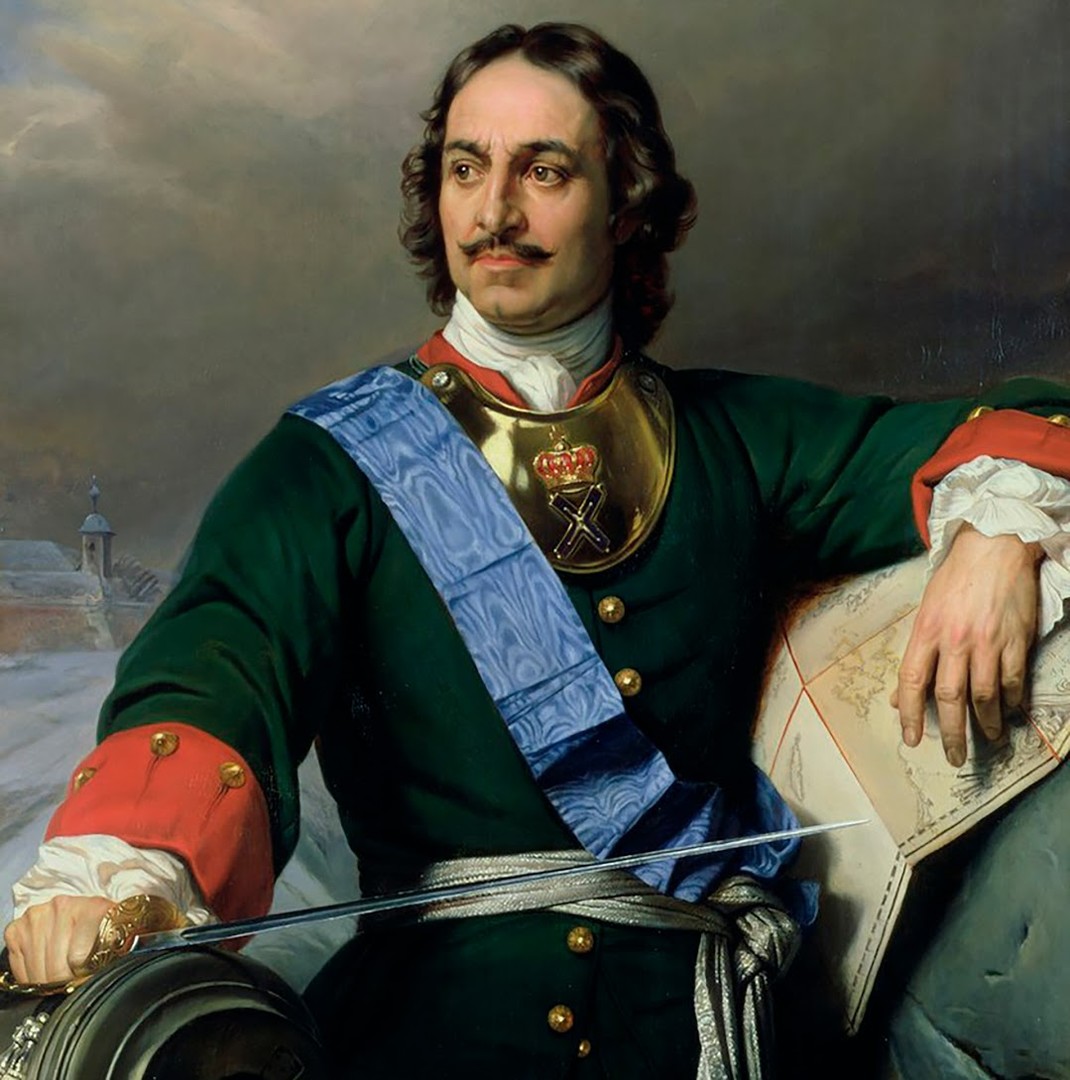 Peter I the Great.

Peter the Great, also known as Peter I (1672-1725) was the first Russian emperor and the grandson of Mikhail Romanov. For the number of reforms he made, he could be nominated as Russian history’s most outstanding Romanov. Here are a few interesting facts about the man:

Now that you’ve learned so much about Peter I, take a minute and test your knowledge!

What was so great about Catherine the Great? 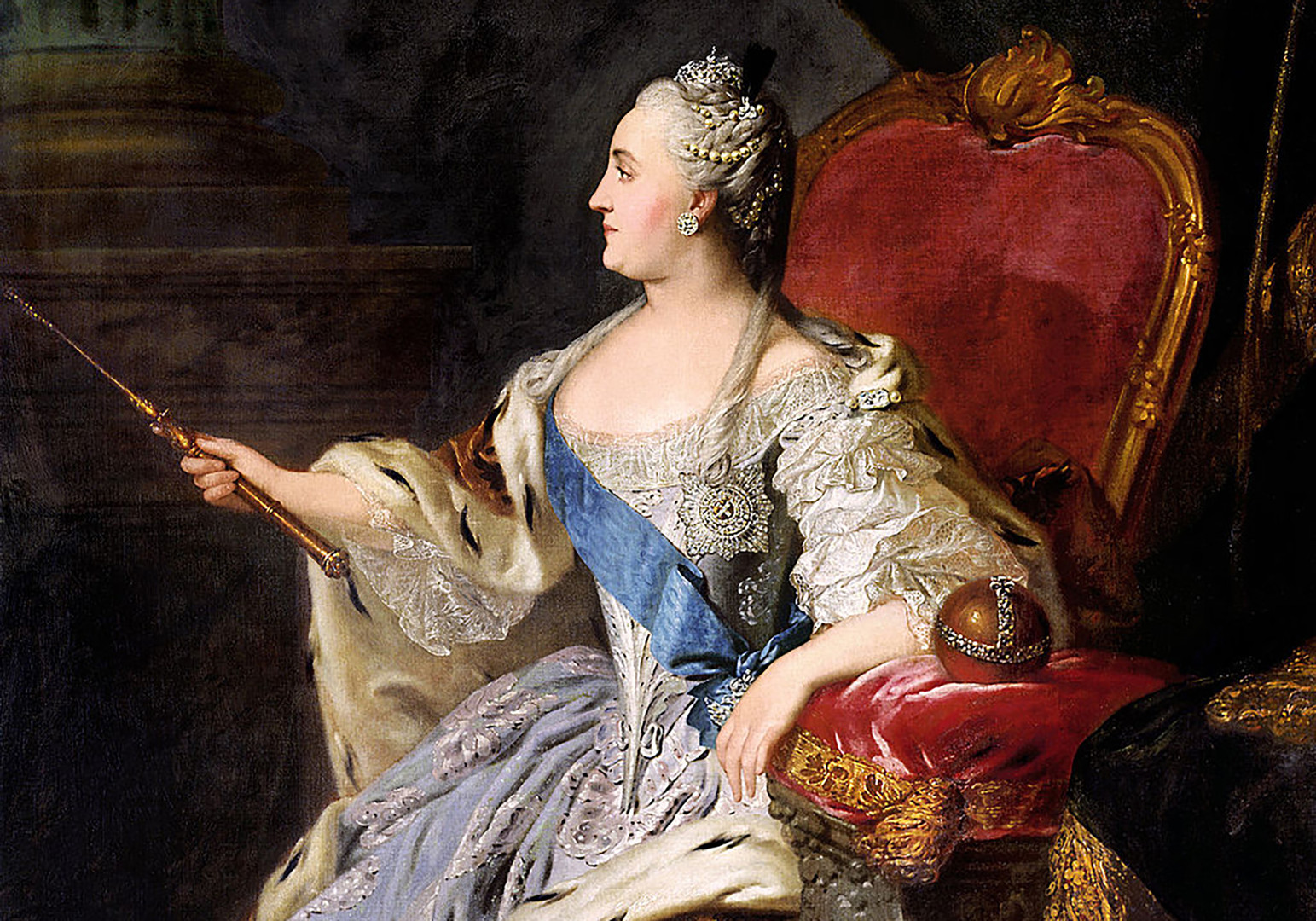 Best known for her conquests and her love of the Enlightenment, this former German princess shares a moniker with only one other Russian ruler.

Here are a few facts about her:

Oh, and do you know what the son of Catherine the Great, Emperor Pavel I, has in common with King Joffrey from of Thrones?

What was so strange about Alexander’s I death? 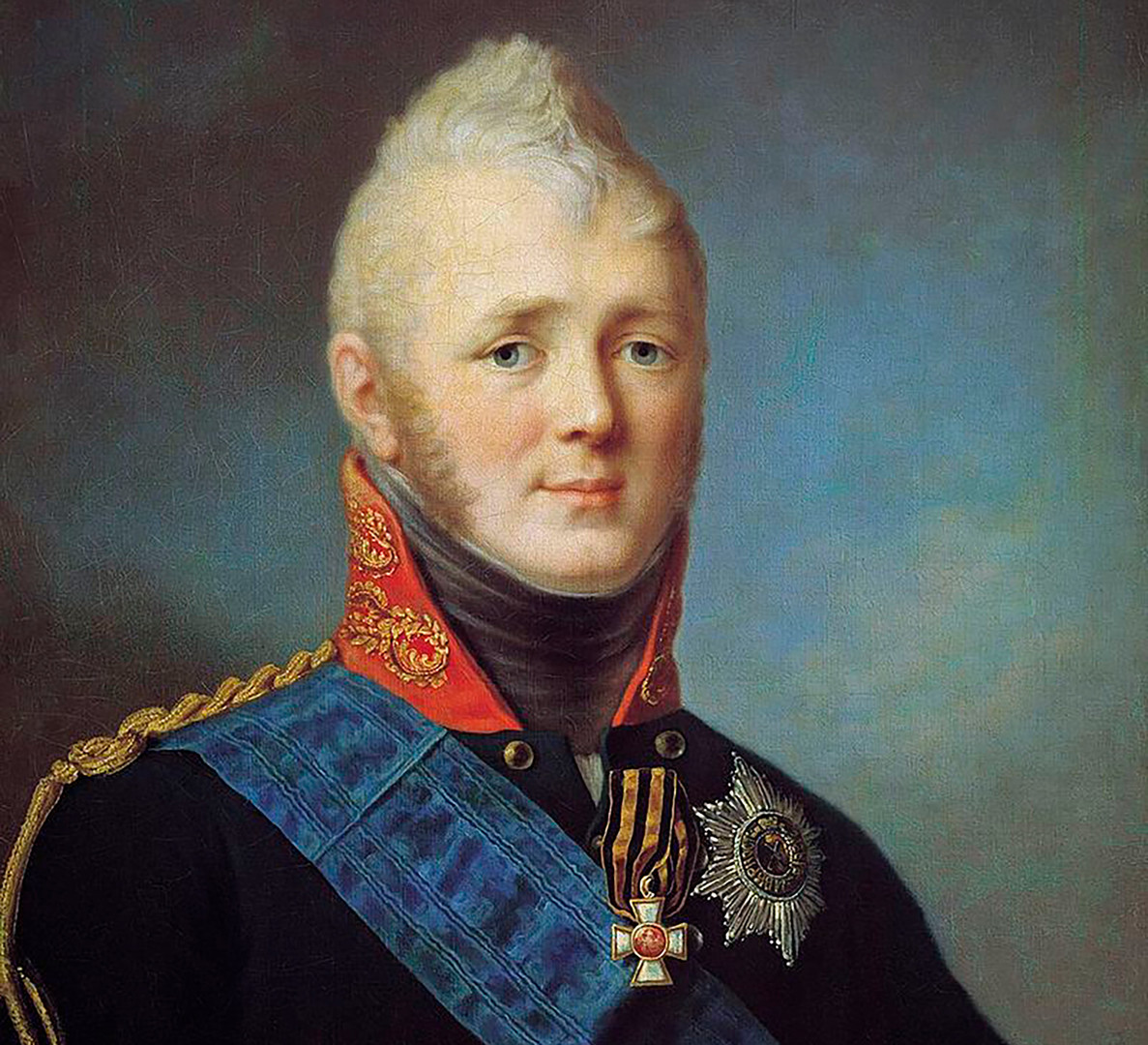 I was the eldest son of Pavel I. The strange circumstances surrounding Alexander I’s death in 1825 have long been the subject of much speculation about his possibly clandestine departure from Imperial court life. The most popular theory claims that the actually ran off and lived secretly in Siberia for almost 40 years as the hermit monk Feodor Kuzmich.

Studies of manuscripts belonging to the and to this Siberian holy man reveal identical handwriting.

On the other hand, his brother Nicholas I was the complete opposite. He was a warrior on the throne and spent his entire reign engaged in a frantic fight against the country's internal and external enemies.

Who abolished serfdom in Russia? 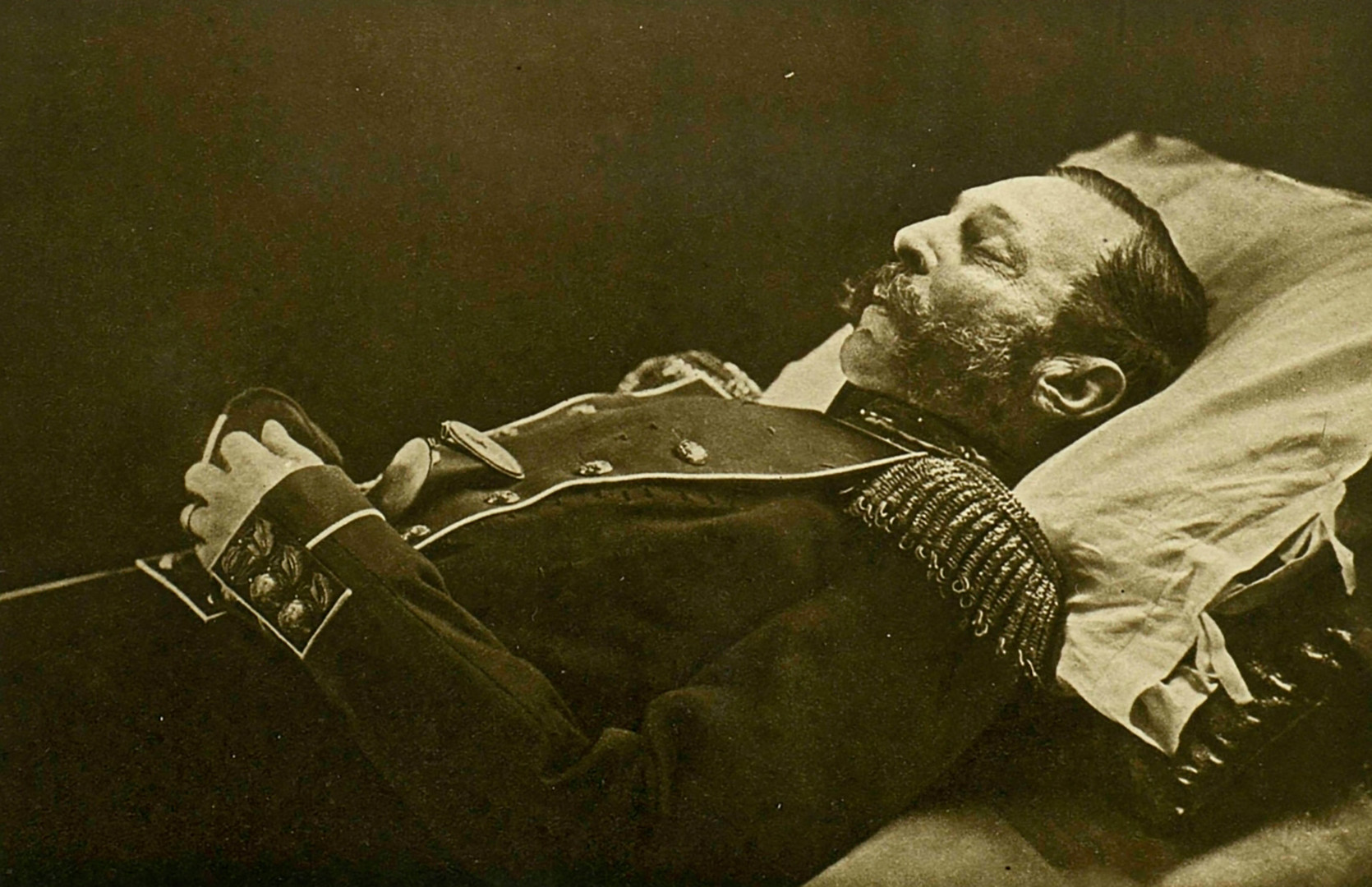 Alexander II is also called Alexander the Liberator for his most significant reform — the emancipation of Russia’s serfs in 1861. In practice, however, the freedom was practically delayed for one simple reason — the land that the peasants lived on was still owned by the nobility, and so the former serfs were forced them to remain in a subordinate situation. Learn more about the long and winding road from serfdom to freedom.

A few facts about Alexander II:

Who was the last emperor of Russia? 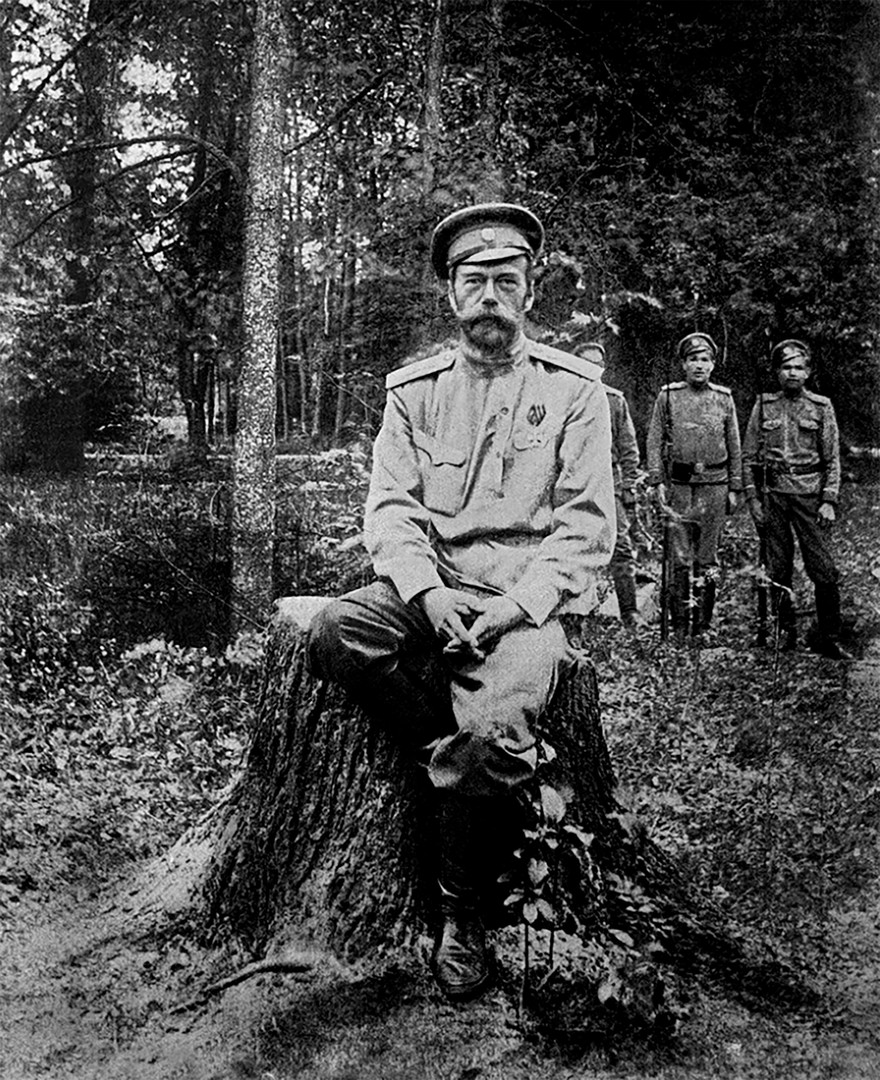 Nicholas II was the last to rule Russia as an emperor. His legacy is filled with controversy, and he was even given the nickname Nicholas the Bloody. However, 48% of modern Russians view Nicholas II positively. Read about the public attitude toward him nowadays.

He certainly did make some positive reforms. For example, Nicholas II brought glory to the Imperial uniform.

Learn more by reading the dispatches of his contemporaries from the final days of Czar Nicholas II.

We’ve just told you a bunch of facts about different royal family members. Try to guess them by a brief biography!

Where did the Romanovs live? 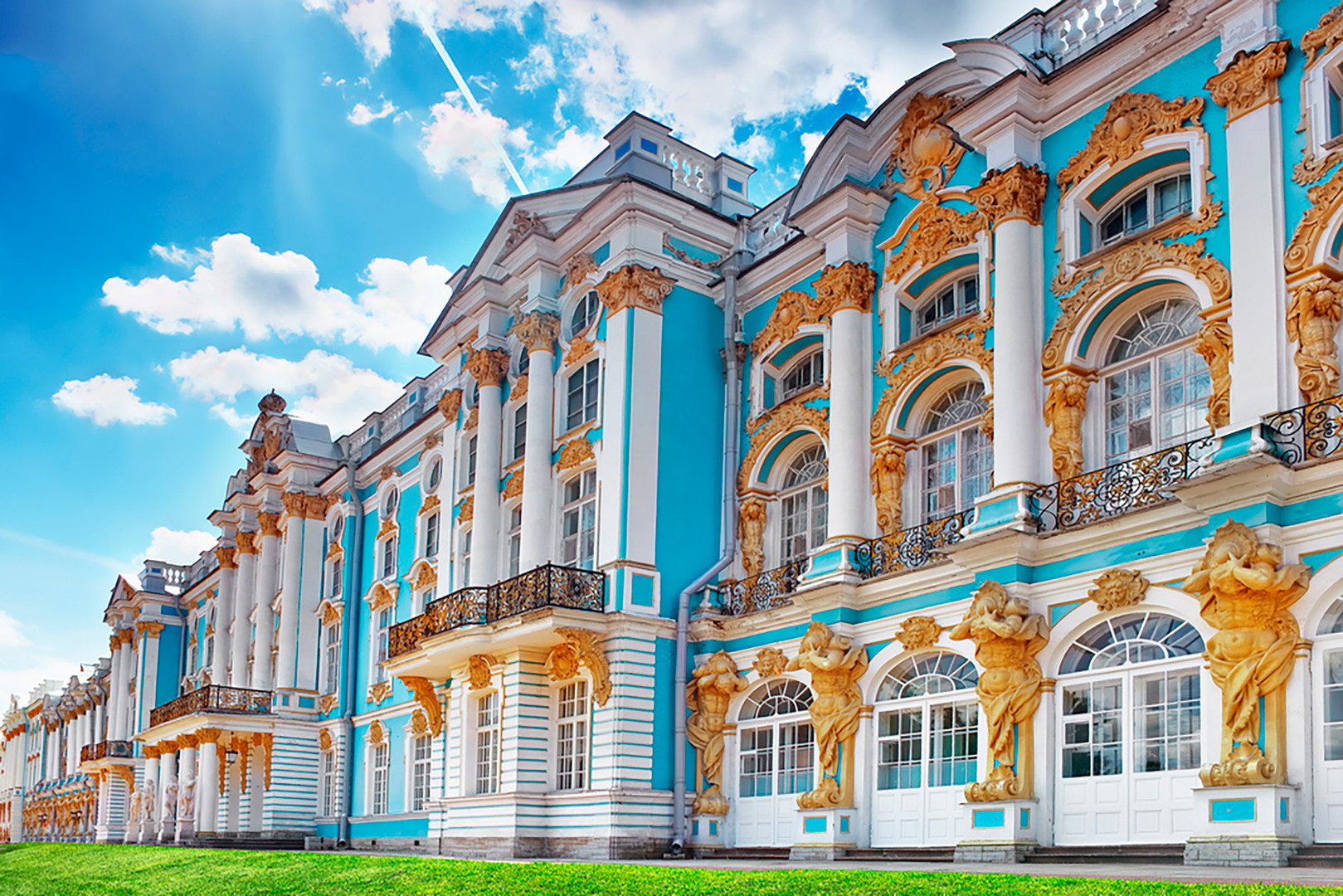 One of the main residences of the Romanov family was the Winter Palacein St. Petersburg. Since Soviet times, the main exhibition of the Hermitage State Museum has been housed there. The building was designed by the famous Russian architecture with Italian roots — Bartolomeo Francesco Rastrelli. Construction began in 1754, during the reign of Elizabeth I, and was finished under Empress Catherine the Great in 1762.

Look at how Russian czars saw the Winter Palace.

Apart from the Winter Palace, there are more than 50 Imperial mansions located in St. Petersburg and its surroundings. We have highlighted seven picturesque landmarks where you can find out about the strange habits and luxurious lives of Russian nobility.

Another favorite Imperial home Tsarskoye Selo (Czar’s Village), the suburban summer residence located 24 kilometers south of Saint Petersburg. In 1708, Peter the Great gave the estate to his wife, Catherine I, as a present. Currently, there are two palaces at that location: the Catherine Palace, with its famous Amber Room — a cultural treasure stolen by the Nazis, and the Alexander Palace. And, despite the fact that Tsarskoye Selo was the summer residence of the , it looks even more magical in the winter.

Here you can see how Czar Nicholas II and his family spent their last summer in Tsarskoye Selo. They look like an ordinary family having fun on vacation: walking, reading, and swimming.

The pastimes of the Romanov family

Did you know that Crimea was one of the Russian royal family’s favorite holiday resorts during the 19th century? Take a look at five favorite places associated with the Romanov dynasty.

Nicholas II often visited Sevastopol, a city on the Black Sea in Crimea, to inspect the country’s fleet and attend official meetings and military celebrations. Thanks to diary notes and archival photos we have a good record of those times. 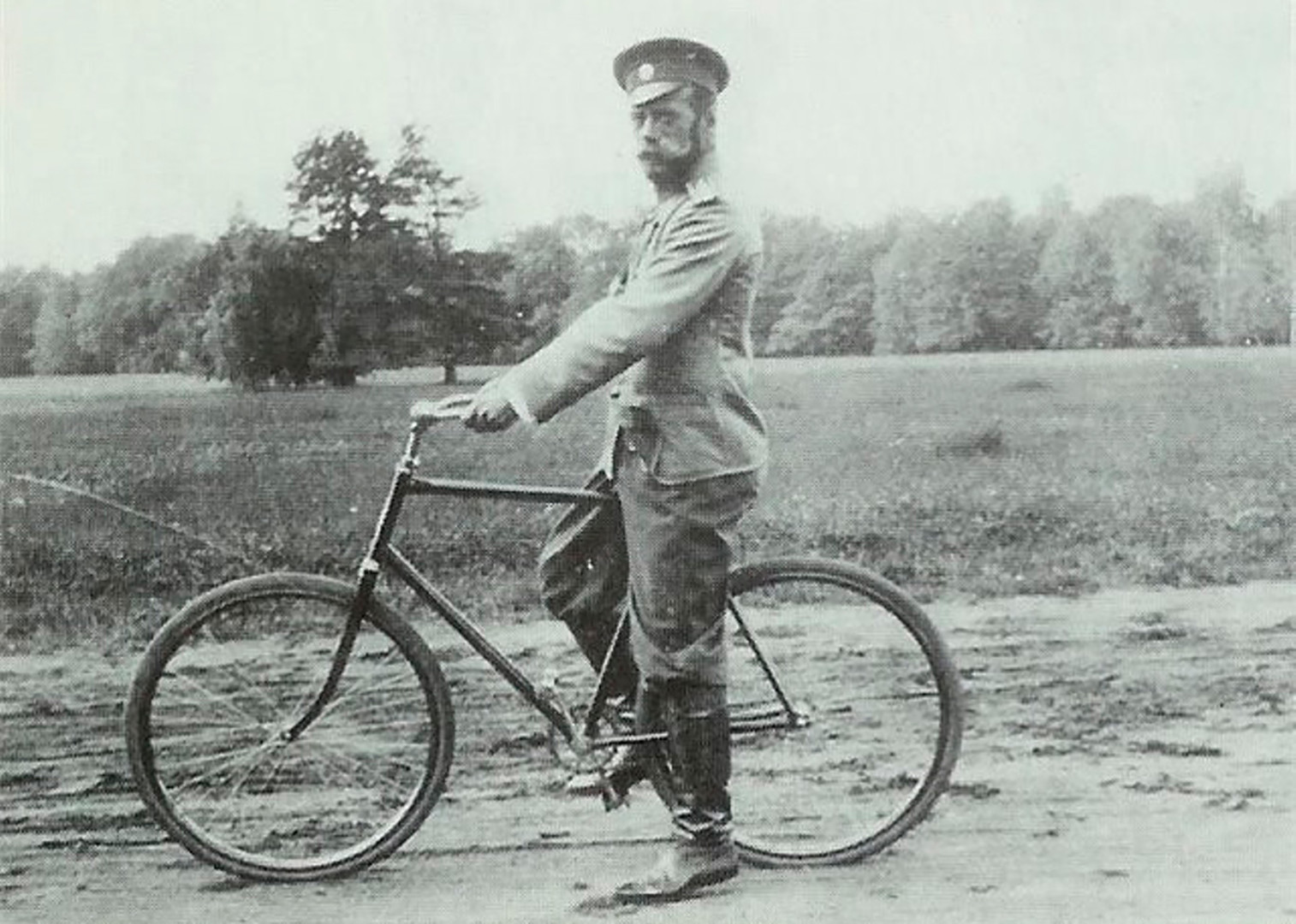 Court balls were always a part of Russian royalty’s leisure activities. The last one took place at the end of February 1903 in the Winter Palace, and it was definitely grandiose.

Despite being considered a privilege of the royalty for many years, hunting in Russia — in terms of both variety and scale — enjoys a far richer history than in most countries. For example, Alexander II was known for his hunting prowess and his dedication to teaching his sons the practice from an early age.

It’s true, the royal family were no strangers to showing mercy, and they helped poor. Here is how Maria Fyodorovna Romanova, the wife of Emperor Alexander III, worked with the Red Cross in Russia at the beginning of 20th century.

They played chess with their children, billiard with foreign officers, and rode bicycles in the halls of the Winter Palace. Russian royals seemed to have a real passion for sports.

It was the Romanovs who began the tradition of celebrating the holiday in Russia. Look what they gave as gifts — to each other, their servants, and the poor and needy.

Some of the royal family members in Russia practiced spiritualism. Wait, what?!

What did the Royals eat? 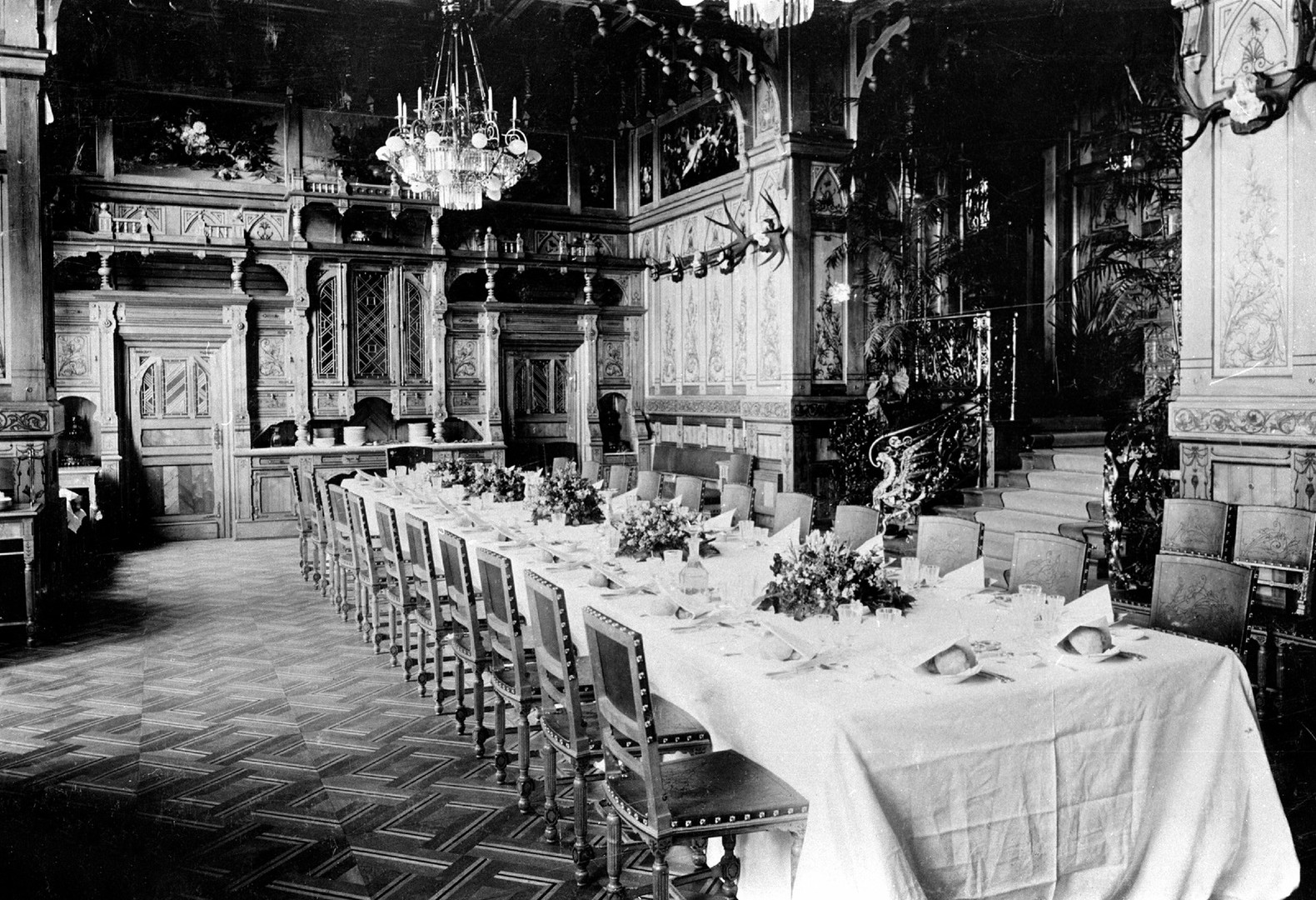 Interior of the hunting palace in Bialowieza

We explored some curious facts from Russia’s culinary history, and here is what we found. The tyrant Ivan the Terrible was radical, both in his politics and his taste in cuisine. The reformer Peter the Great never ate fish. And the enlightened Empress Catherine the Great treated her guests to pheasant.

The ordinary lives of extraordinary people — in photos:

The murder of the Romanov family 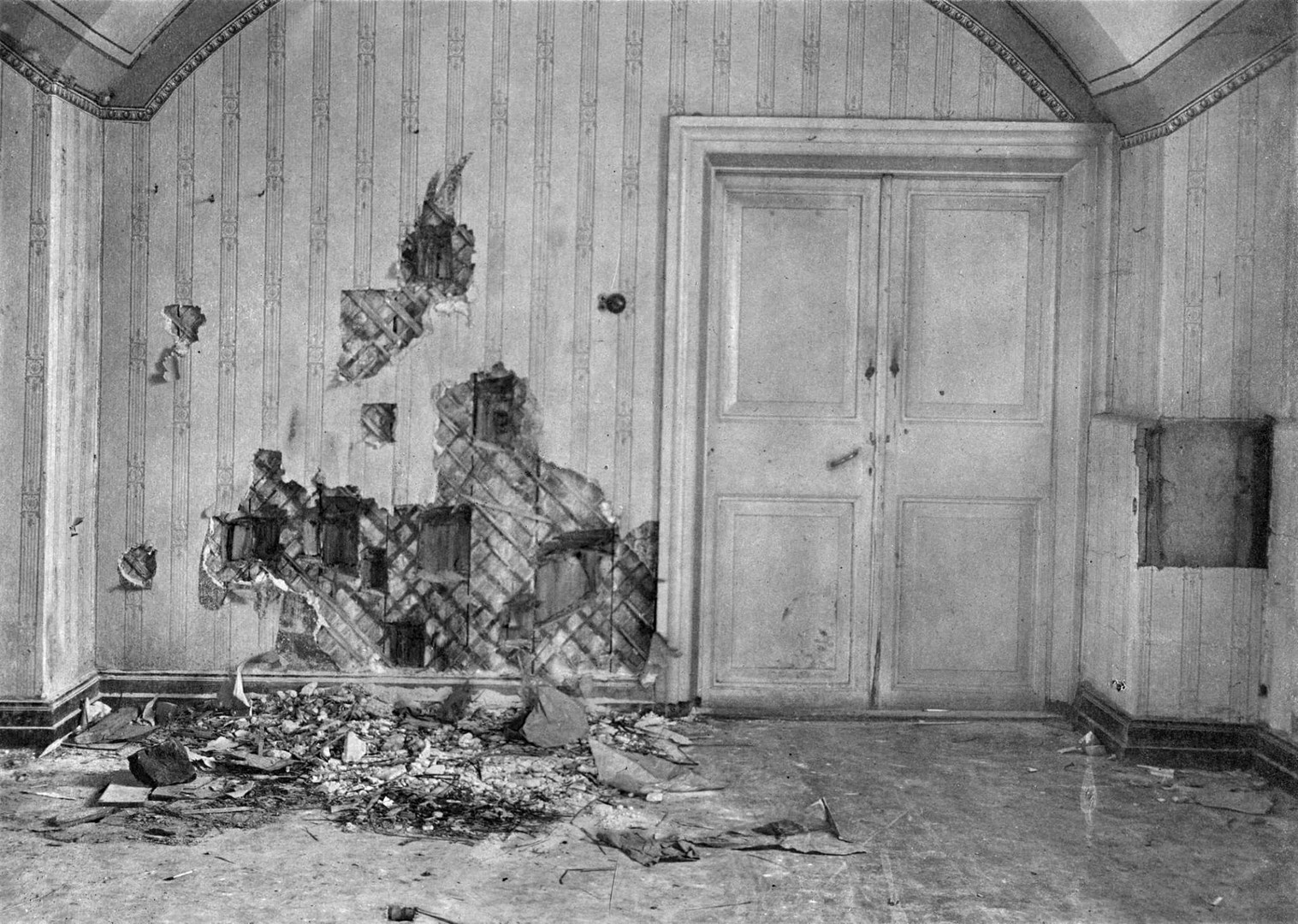 Room in the Ipatiev House, Yekaterinburg, where the Russian Royal family was murdered, 1918.

This page of Russian history is still full of mysteries: who killed the Romanovs? Why? How? Where? And did any of them manage to survive? RBTH has pieced together all the details of this bloody story and its investigation.

And here is the story of the Ipatiev House, the place where the last Romanovs were executed by firing squad.

What is clear is that that the firing squad was led by two men, named Yurovsky and Medvedev-Kudrin.

“All you want to know…” is an extended guide to the most popular topics about Russia. We constantly work on new material, so this page will be updated with new entries and information as it is received.