Tsar Nicholas I: A warrior on the throne 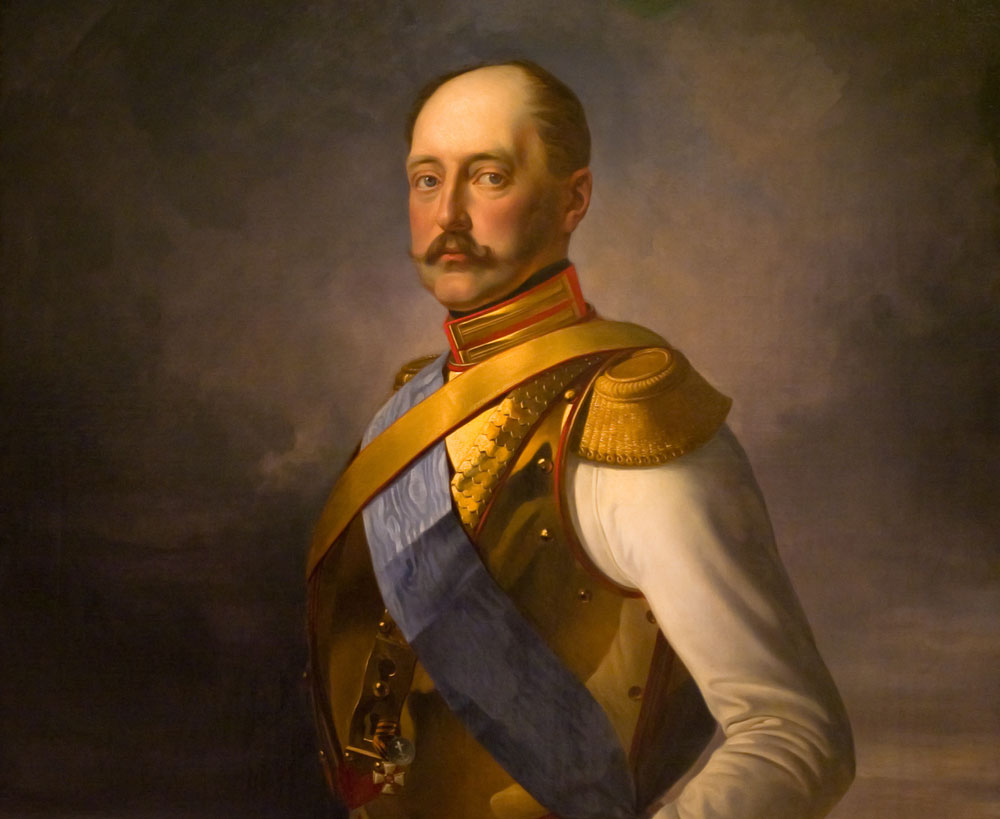 A grandson of Empress Catherine the Great, Nicholas was an unlikely candidate to ascend the throne. But it was he who stepped up in December 1825 following the death of his elder brother Tsar Alexander I, and the abdication of their brother, the Grand Duke Konstantin Pavlovich. // A portrait by Vladimir Sverchkov

Wikipedia.org
A dedicated military officer, Tsar Nicholas I spent his reign engaged in a frantic fight with the country's internal and external enemies. 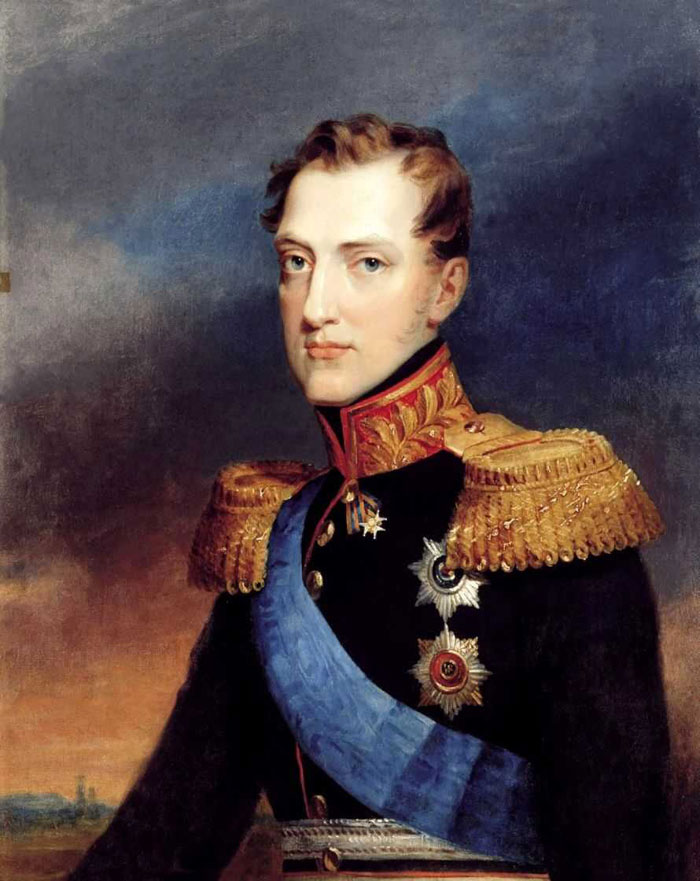 Nicholas lost his father Tsar Pavel I, who was deposed and murdered in 1801, when he was just four years old. Brought up by his mother Maria Feodorovna, née Sophie Dorothea of Württemberg, he inherited his father's passion for military service. // A portrait by Vasily Golike 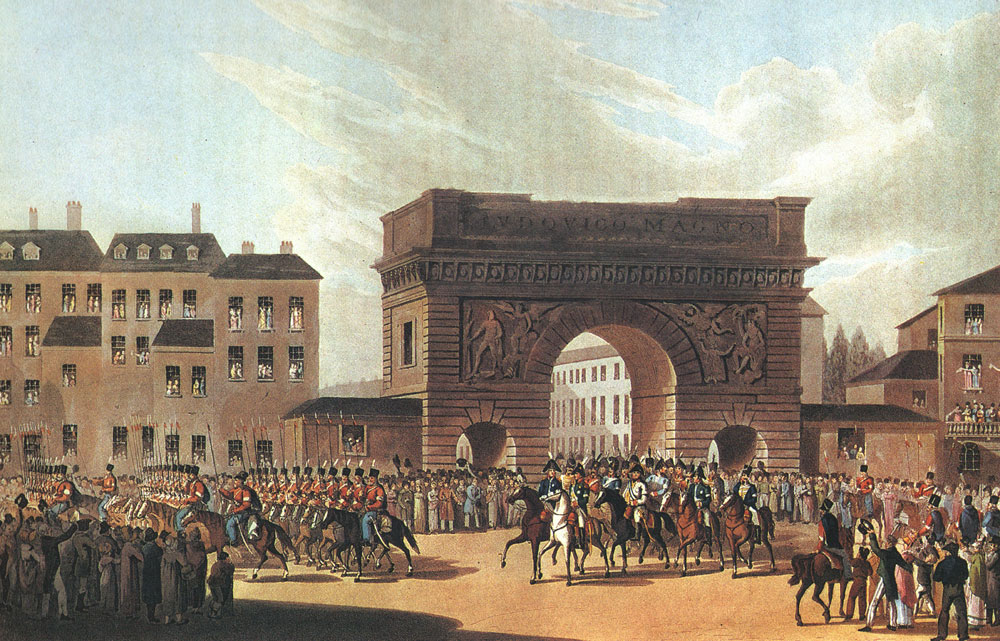 A spirited spectator of guard mountings and parades, the 16-year old Nicholas desperately wanted to see action during the French invasion of Russia in 1812. However, his brother Alexander only permitted him to join the army during the German Campaign in 1813. // 1814. Russian troops in Paris. Unknown painter 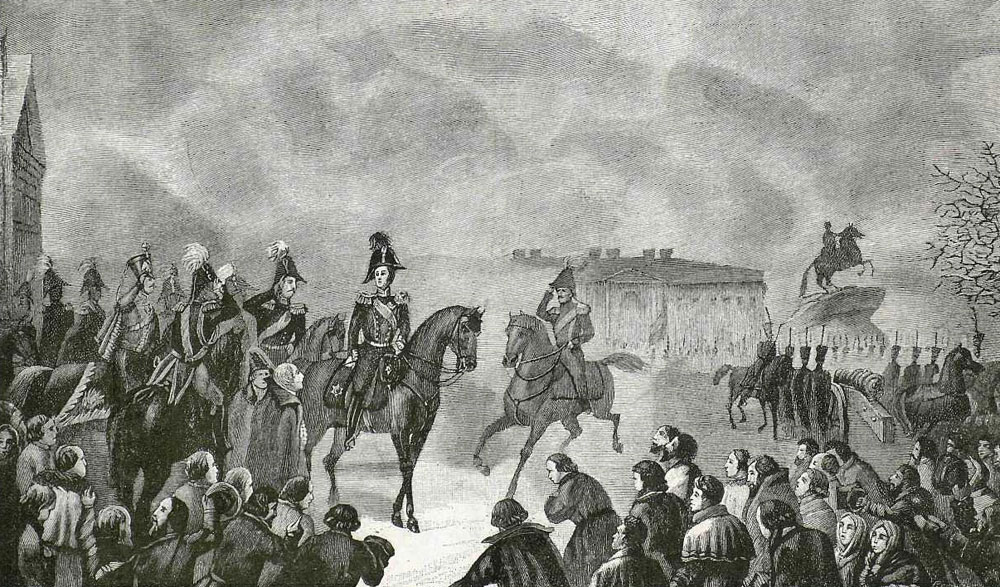 The newly enthroned tsar did not wait long to take action upon ascension, putting down the Decembrist revolt in December 1825. The rebellion was led by a group of rebel army officers that rose up against the monarchy in pursuit of liberal freedoms. Several of the officers were hanged, but the majority was sent into exile in Siberia. // Nicholas I on Senate Square in St. Petersburg during the Decembrist revolt. Unknown painter 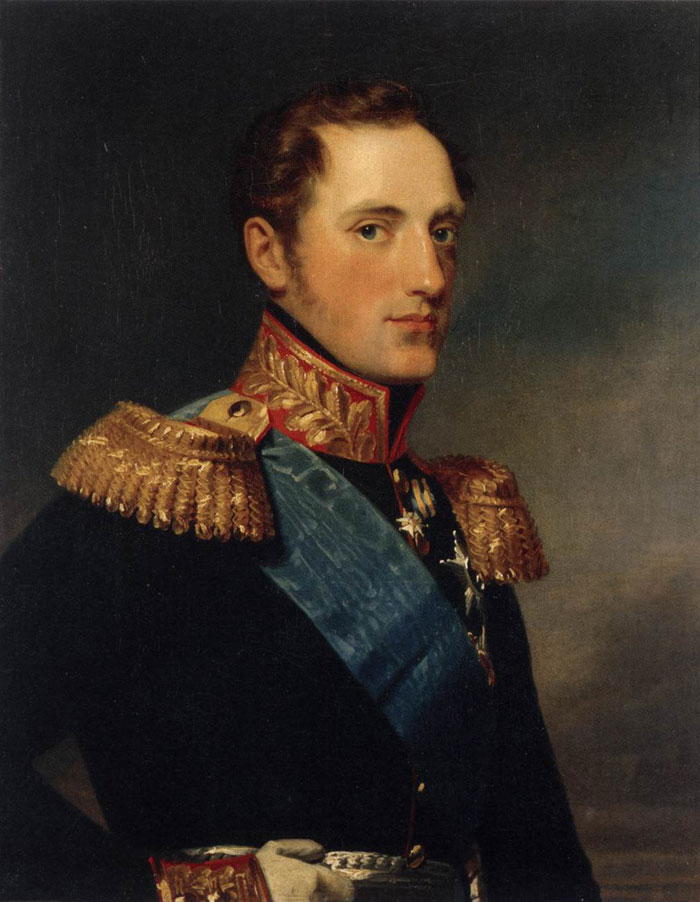 The turbulent start of his reign assured Nicholas I of the need to strengthen his power. One of his first decrees was the one setting up the so-called Third Department - a secret police responsible for the prevention of revolutions and other disturbances. // A portrait by George Dawe 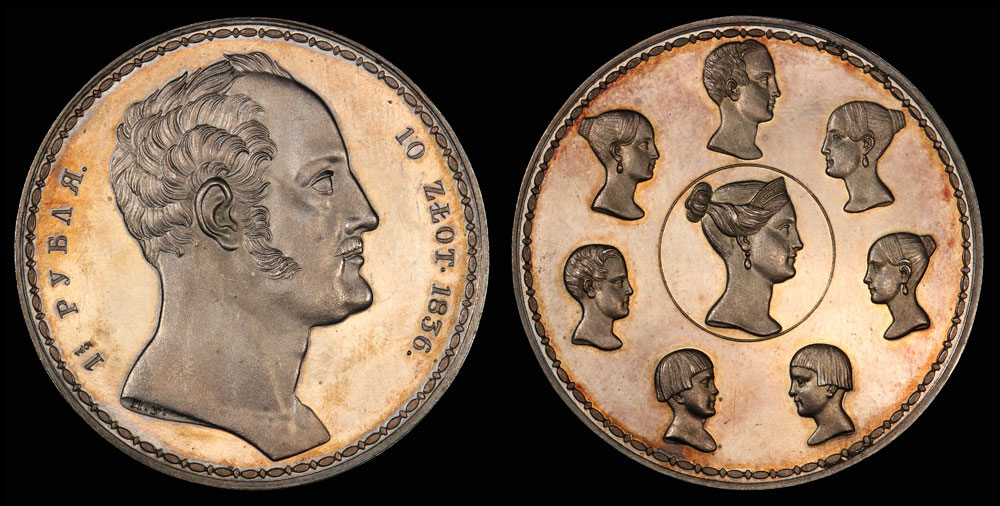 Nicholas I also ordered the spying on and censorship of many key writers of the time, including Alexander Pushkin whom the tsar considered a dangerous liberal leader. // The so-called "Family Ruble" (1836) depicting the Tsar Nicholas I on the obverse and his family on the reverse 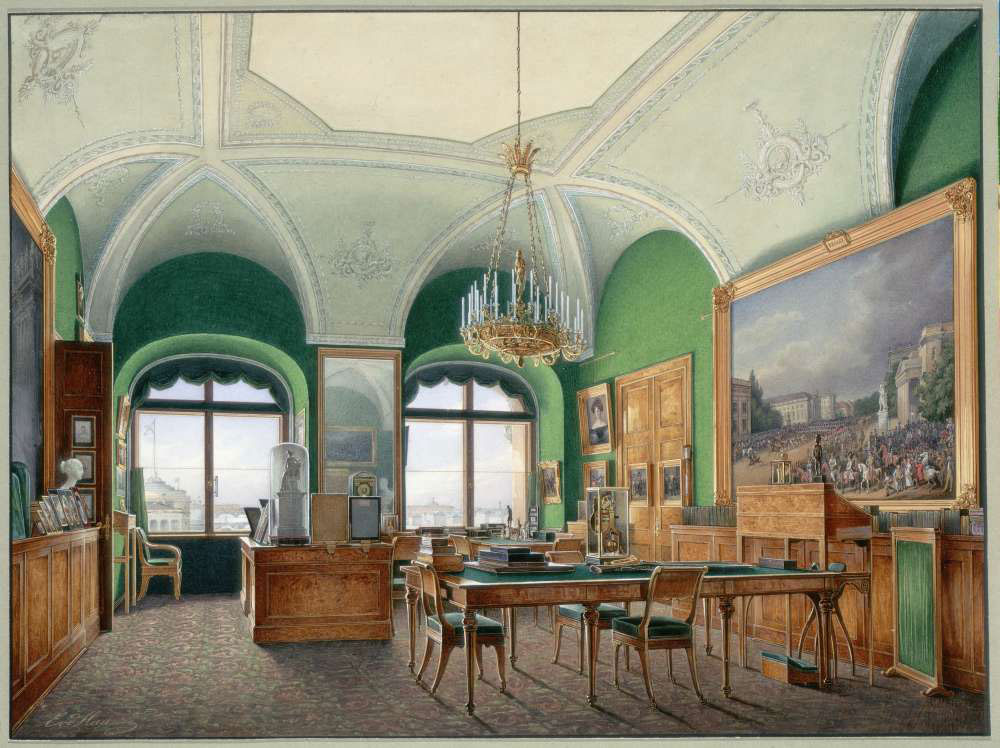 At the same time Nicholas I was astute enough to appreciate the literary talent of the young Leo Tolstoy and praise Nikolai Gogol's landmark novel, "Dead Souls." // Large study of Nicholas I in the Winter Palace in St. Petersburg. A painting by Eduard Gau 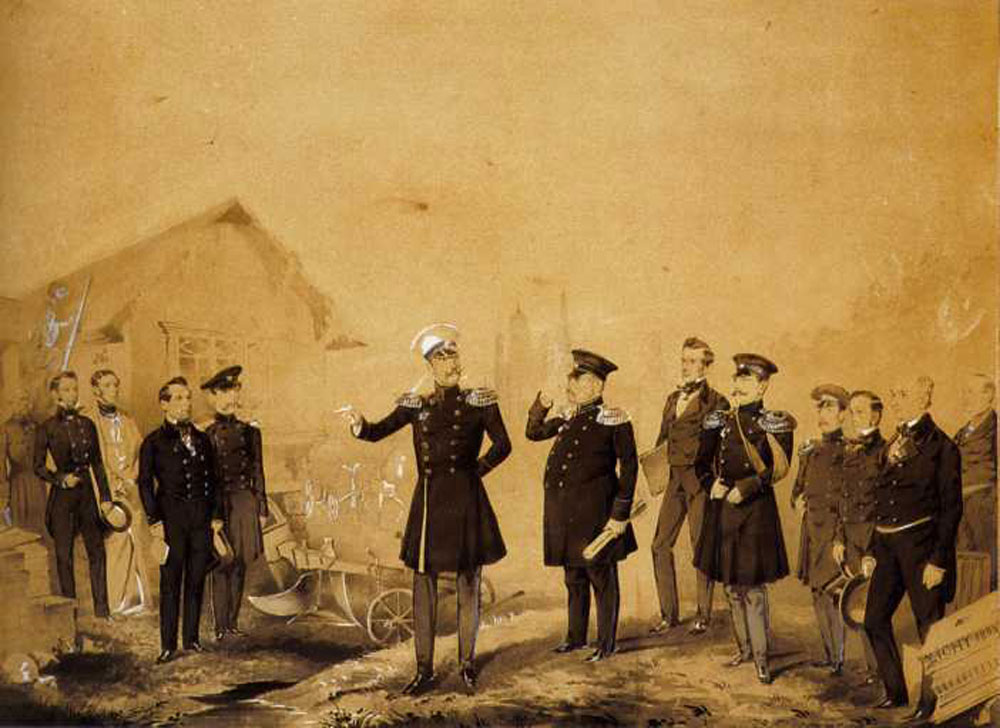 However, literature could only do so much for the Tsar as he gave his heart to engineering. Nicholas I was personally engaged in almost every major architectural and road construction project in Russia at the time. // Nicholas I at construction works. A painting by Mikhail Zichi 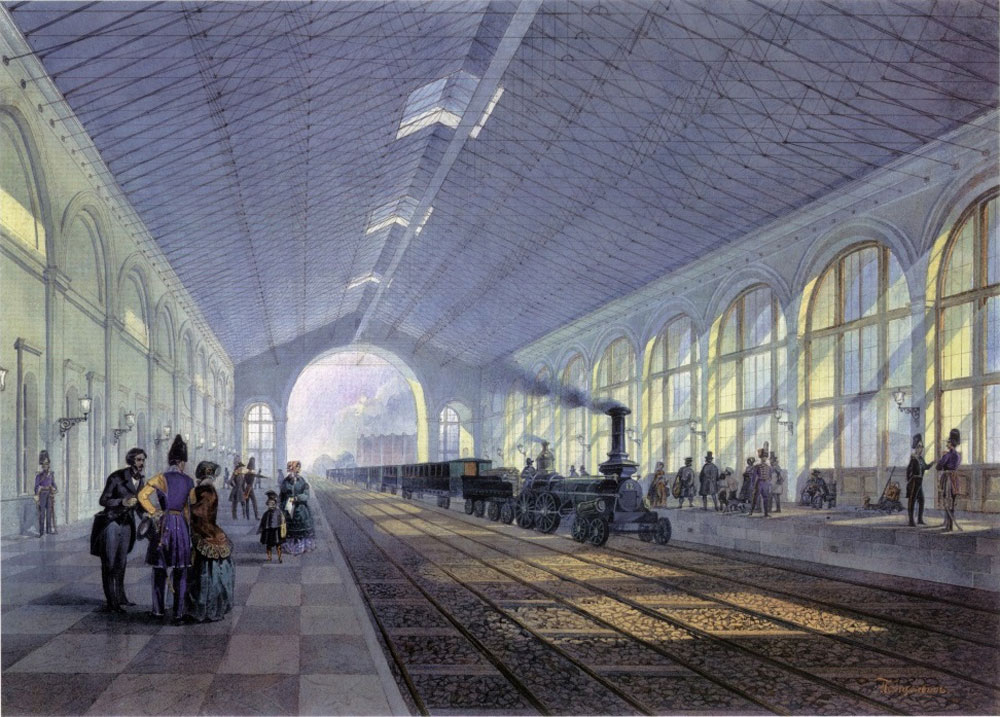 Nicholas I masterminded and completed the first Russian railway that linked St. Petersburg with Moscow in 1851. It was his idea to make the rail gauge wider in order to prevent the enemy from using it. // Nikolaevsky railway station in St.Petersburg. A painting by A.V. Pettsolt 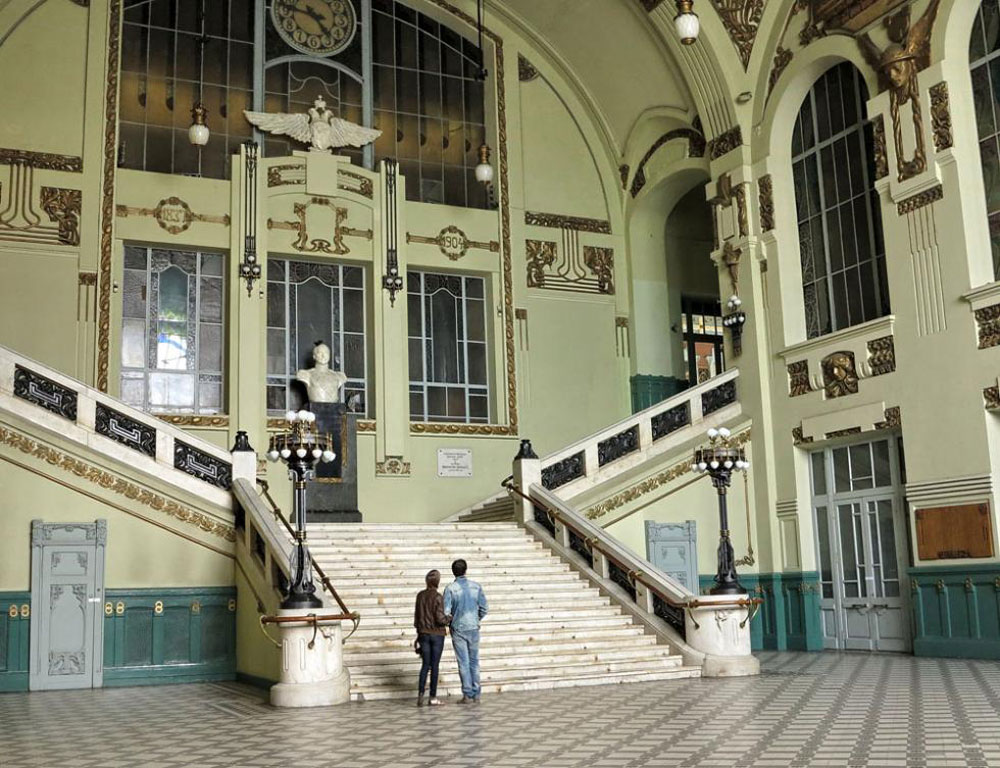 This foresight proved prophetic when Nazi troops invaded 100 years later in 1941. // A monument to Nicholas I at the Moskovsky (former Nikolayevsky) railway station in St.Petersburg 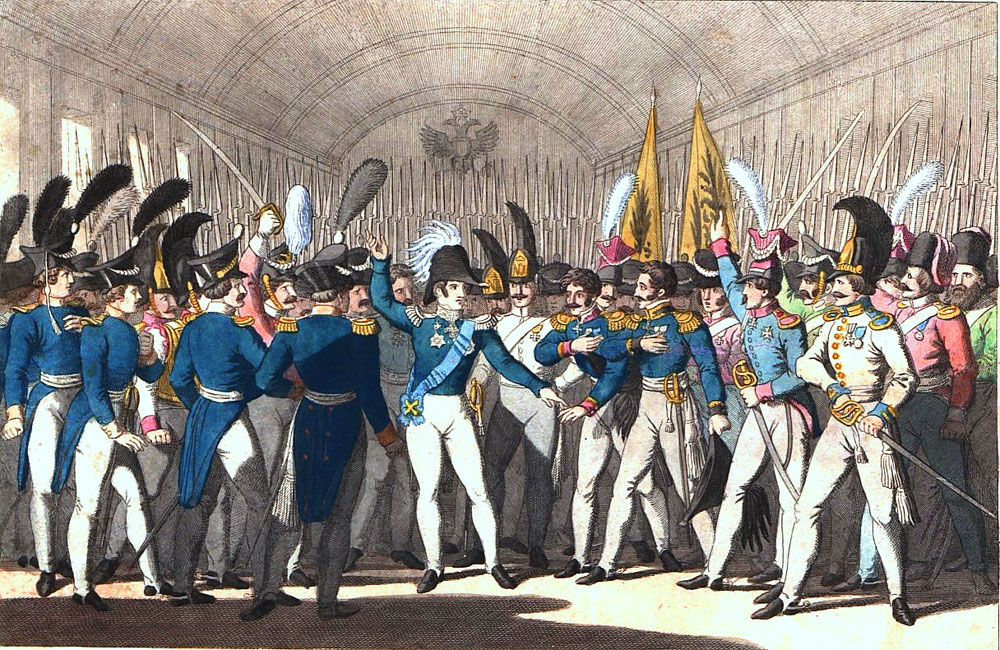 Nicholas I's hatred for revolutions even spilled over to Europe. His vigorous military maneuvers to suppress rebellions in Poland (1830) and Hungary (1848-49) contributed to Russia’s image as the gendarme of Europe. // Nicholas I annouces to his guard the outbreak of the upprising in Poland. A painting by Georg Benedikt Wunder 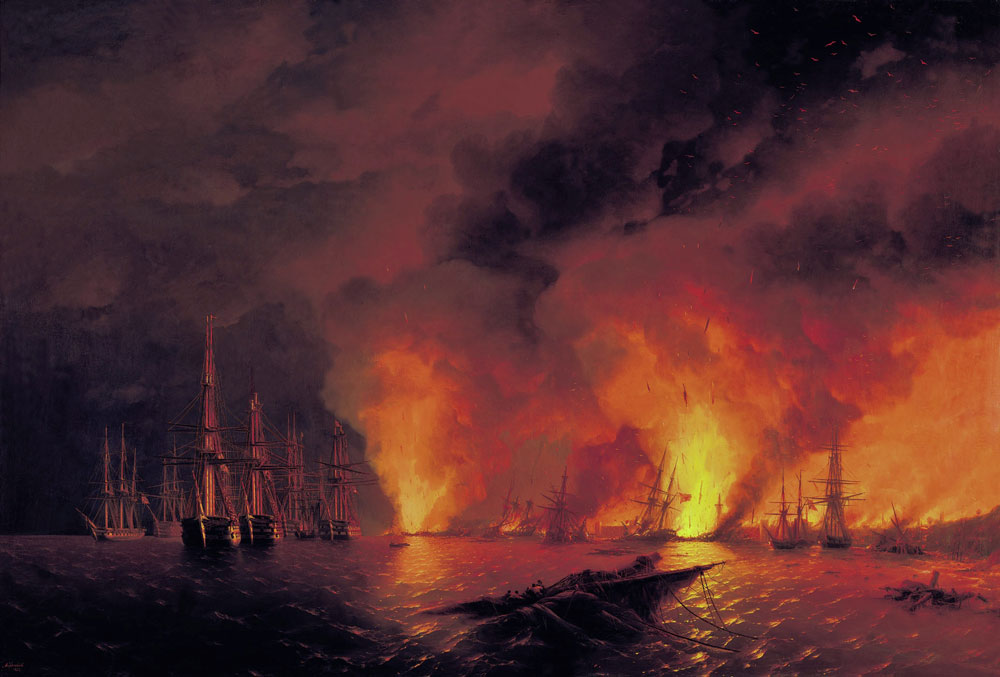 Tensions in Europe boiled over into the enormous military conflict known as the Crimean War (1853-56), when Russia battled a coalition consisting of Great Britain, France, Sardinia and the Ottoman Empire in the Black Sea, the Balkans, the Caucasus and even the Arctic Ocean. // The Battle of Sinop. A paining by Ivan Aivazovsky 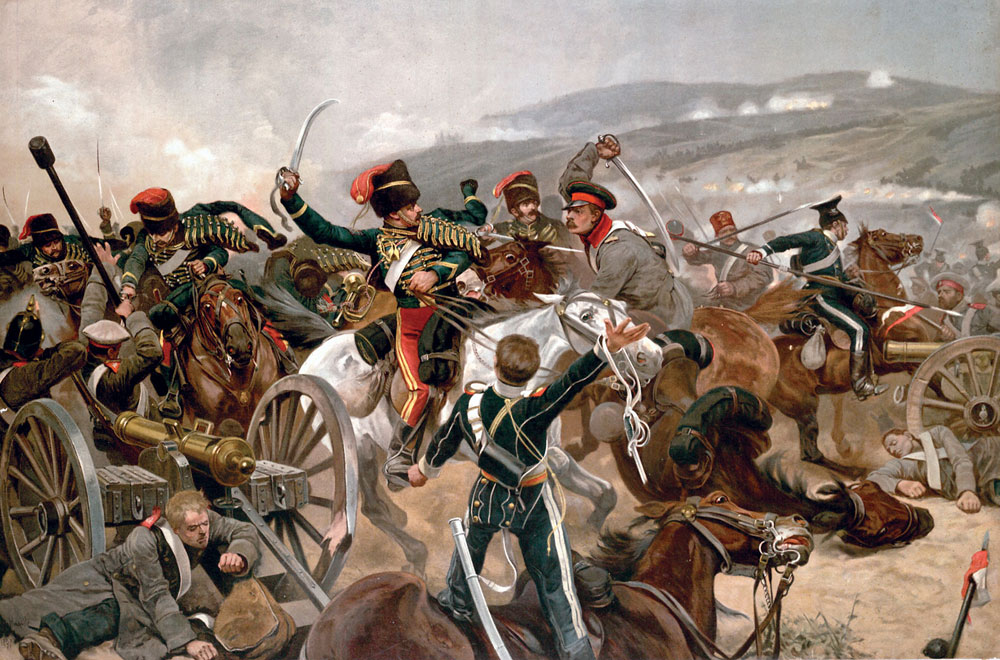 After three years of heavy fighting, including the famous siege of Sevastopol, Russia was forced to surrender and give up its Black Sea fleet. // The battle of Balaklava (Crimea). The Relief of the Light Brigade, 25 October 1854. A painting by Richard Caton Woodville 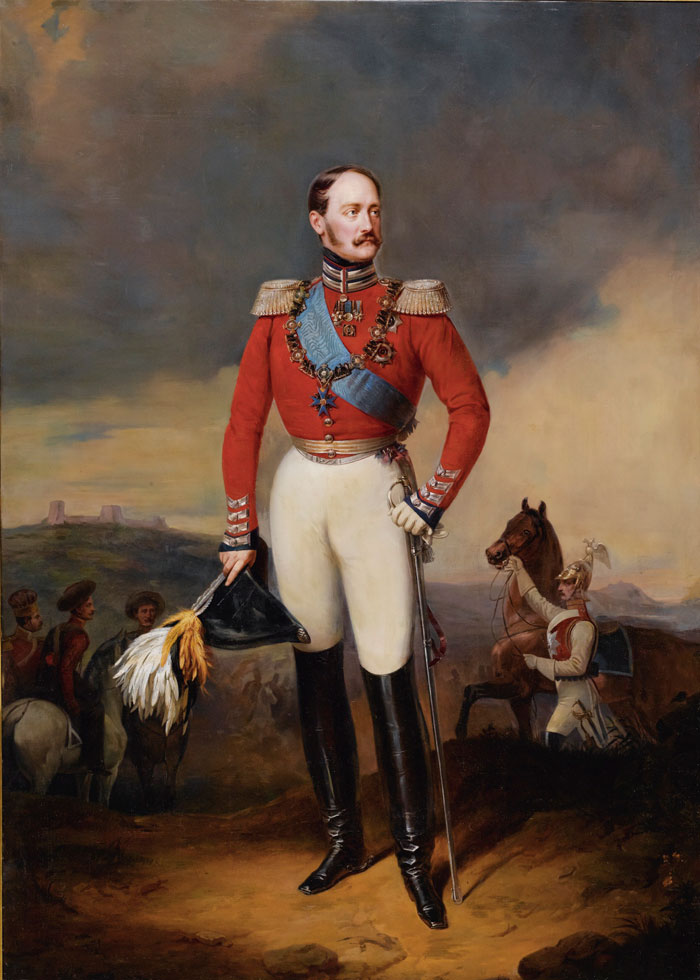 Some believe that the defeat in the Crimean War led to Nicholas I's sudden death in March 1855 at age 58. // A portrait by Franz Krüger