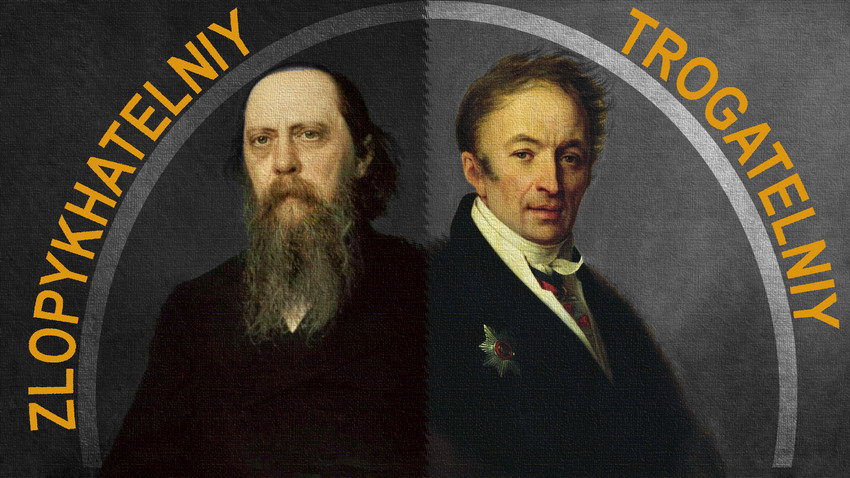 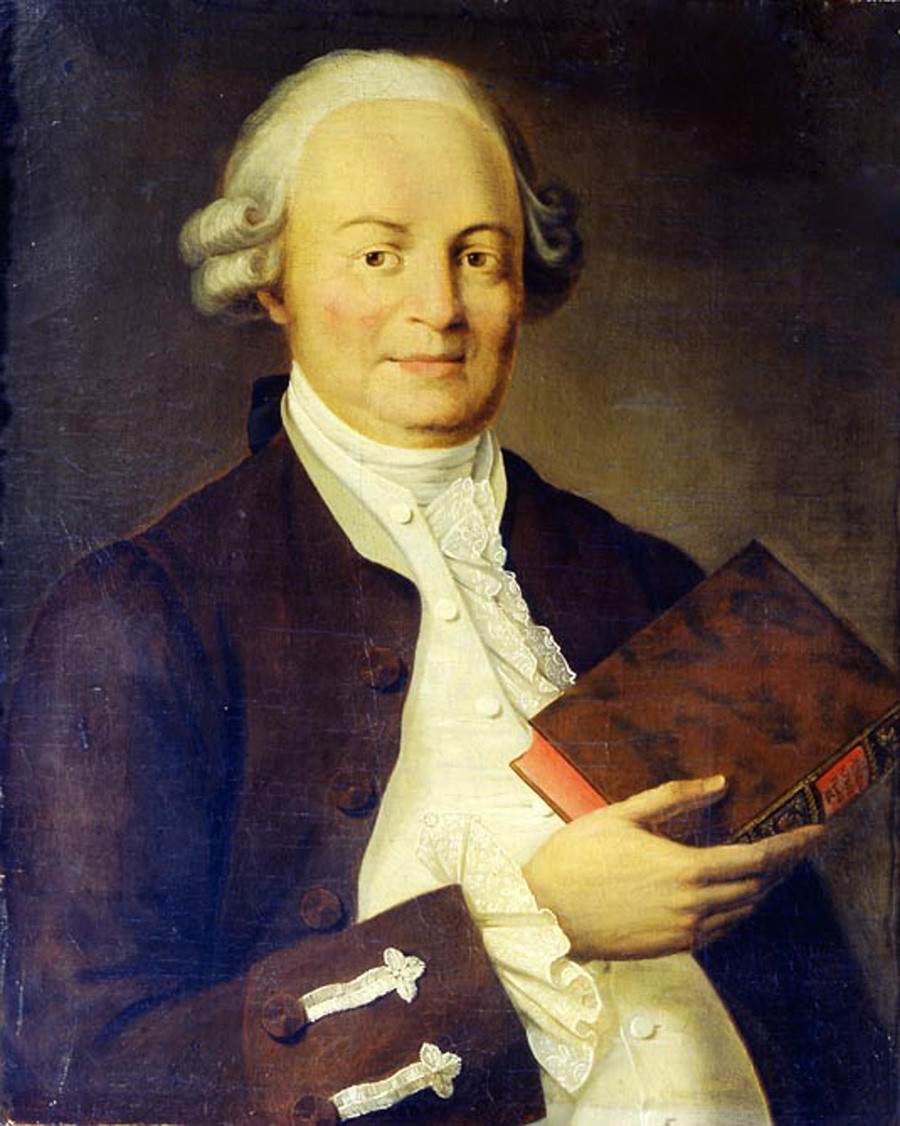 Vasiliy Trediakovsky (1703 - 1768) was a Russian writer and philologer who did a lot for Russian literature: he distinguished poetry from prose and reformed the Russian poetry system. Trediakovsky started to write his hexameter poems in imitation of antique traditions, but they were already based on Russian stresses.

Не wanted to make the Russian language more simple and free of borrowed words. So the writer invented many words himself, for example, bespristrastnost’ (“impartiality, objectiveness”). Moreover, he introduced an equivalent with a Russian root of an English word “art” - iskusstvo. Trediakovsky created more than a hundred words that can be found in his ‘Telemakhida’, based on the novel ‘The Adventures of Telemachus’ by François Fénelon. 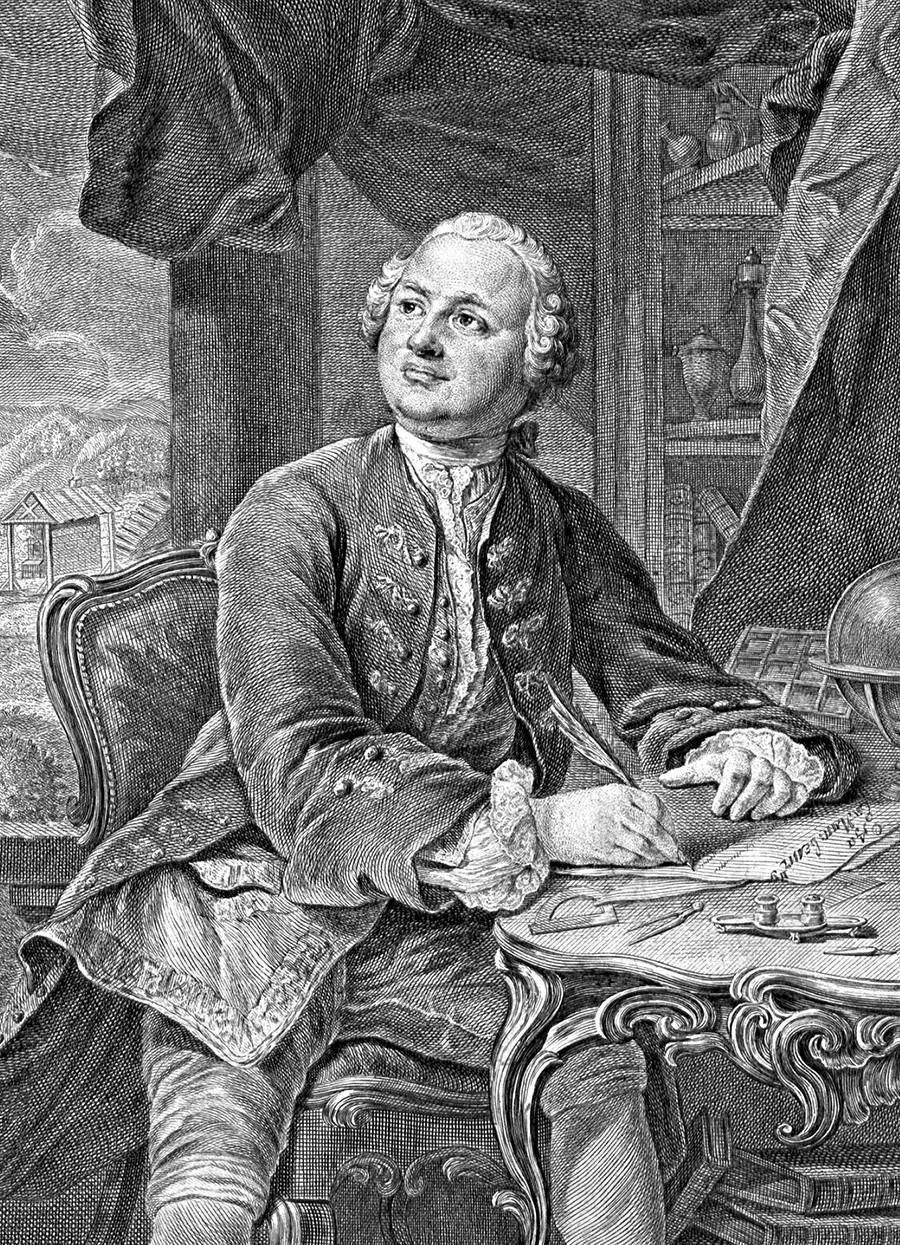 Mikhail Lomonosov (1711 - 1765) came a long way from a son of a fisherman to become an incredible Russian pioneer scientist and the creator of a plan to found the Moscow University. His interests had no borders: he studied physics, chemistry, philology, history, geography and more. He was also a publicist.

Lomonosov also translated many European scientific studies into Russian. For example, he translated the ‘Experimental Physics’ course by German physicist Christian Wolff, who used a lot of terms that were unknown in Russia. So, Lomonosov had to introduce them himself by coming up with some equivalents. This is how the words gradusnik (“thermometer”), veschestvo (“substance”) and many other geometrical names appeared. They are now used in Russian everyday speech. Some Lomonosov’s words are a calque from foreign languages, like periferiya (“periphery”), but the others consist of Russian roots, for example, kislorod (“oxygen”). 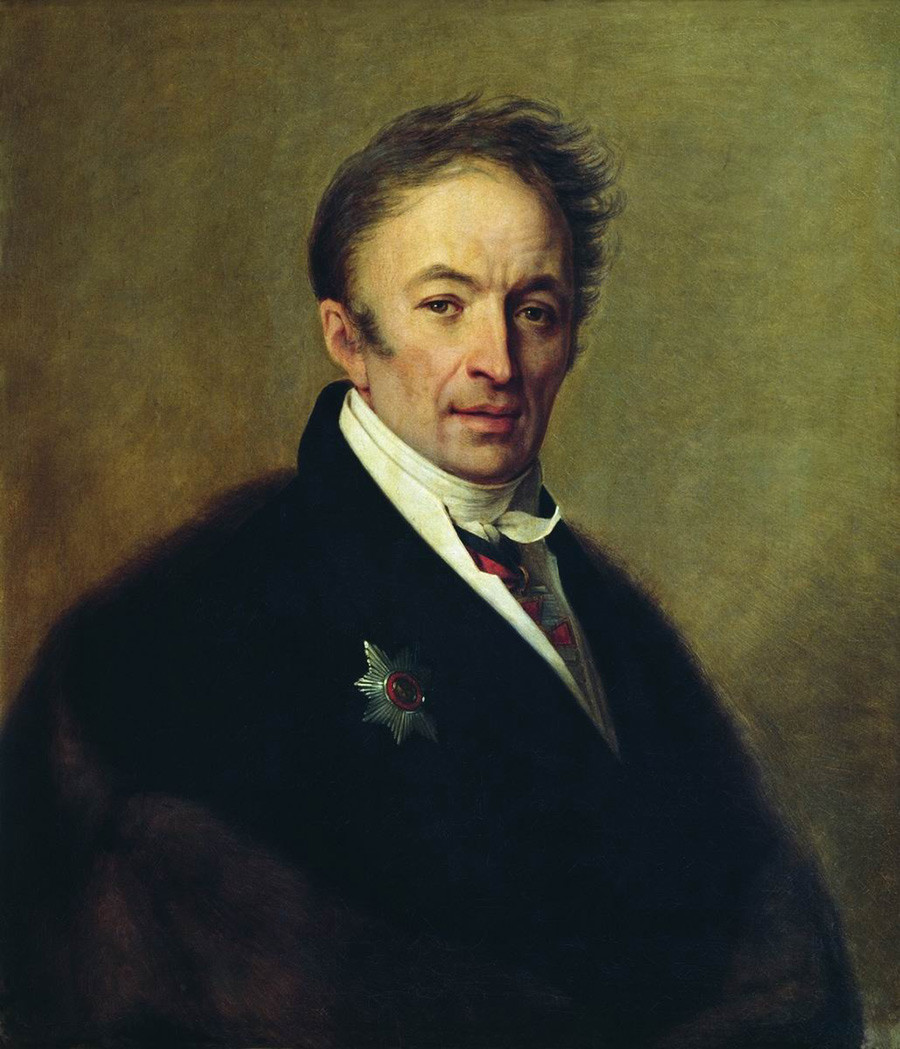 Nikolay Karamzin (1776 - 1826) did a lot for Russian literature and history. He was an important writer and the father of Russian sentimentalist fiction, where the main goal is to touch the reader’s feelings. But his main work was the historical treatise ‘Istoriya Gosudarstva Rossiyskogo’ (“The history of Russian state”). He wrote it being chosen as a royal historiographer by Alexander I.

Karamzin was the creator of a very common Russian word trogatelniy - “touching”, “something that causes tender emotion”. It can be found in his famous story ‘Bednaya Liza’ (“Poor Liza”). Actually, Karamzin contributed a lot into the development of the Russian language: He gave it more than 50 words, some other examples are vpechatlenie - “impression”, promyshlennost’ - “industry” and vlublyonnost’ - “amorousness”. 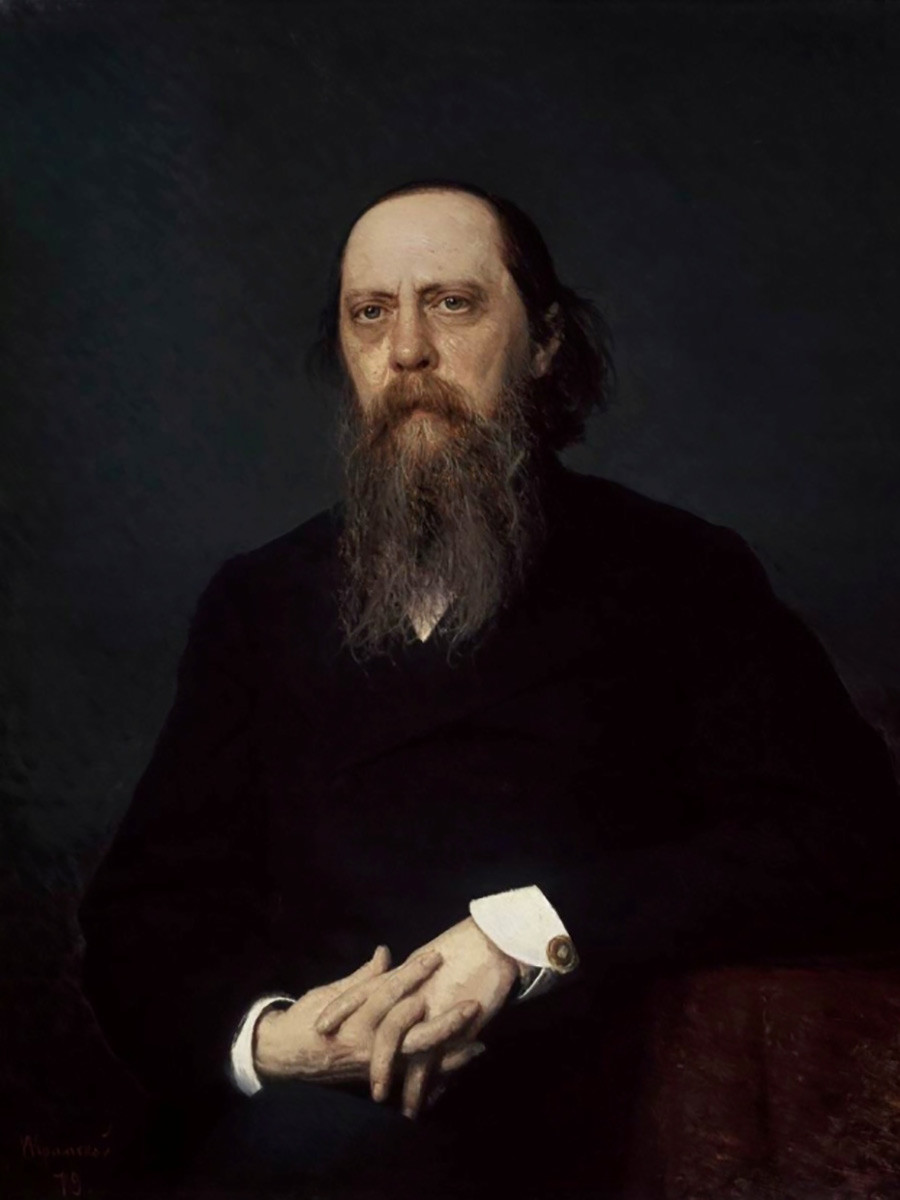 Mikhail Saltykov-Shchedrin (1826 - 1889, real last name Saltykov) was famous both among his contemporaries and nowadays. He worked in such literary magazines like ‘Sovremennik’ (“Contemporary”) and ‘Otechestvennye Zapiski’ (“Notes of the Fatherland”) and wrote many satirical stories and novels.

One of his word-making masterpieces is the adjective zlopykhatelniy, which doesn’t have an accurate translation into English, but means “bursting with evil completely unfairly”. This word can be, for example, found in Saltykov-Shchedrin’s famous satirical novel ‘Istoriya odnogo goroda’ (“A story of one town”). Another popular word created by him is myagkoteliy that can be literally translated as “soft-bodied”, but actually means someone who is too obedient and has no character or energy. Other words by Saltykov-Shchedrin are very inventive, too (like blagoglupost’ that literally means something stupid done with good intentions), but Russian language didn’t adopt them. 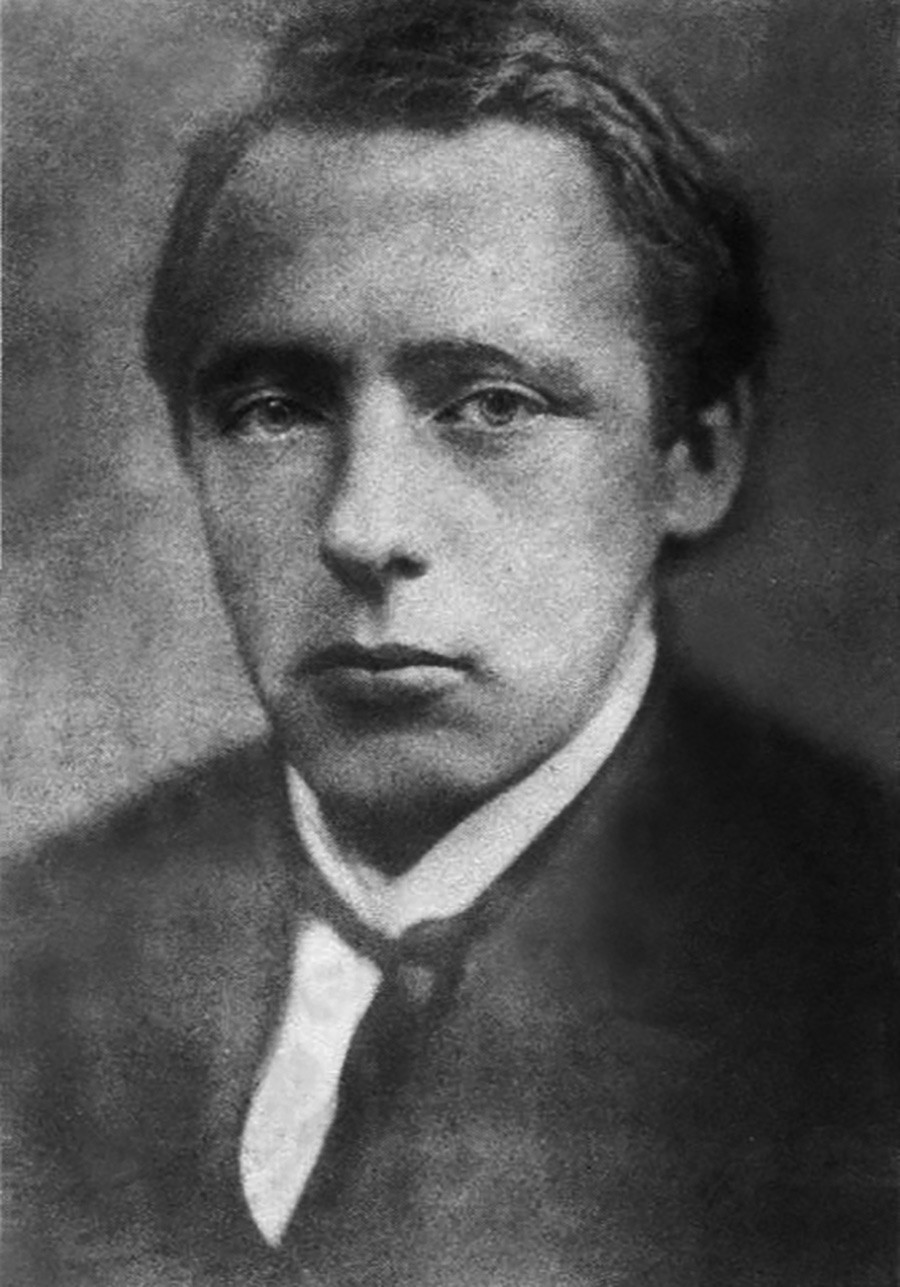 Velimir Khlebnikov (1885 - 1922, real name Viktor) was one of the key figures of Russian futurism and avant-garde poetry based on a denial of old traditions. He wrote many poems that totally consisted of neologisms made with Slavonian word roots and these words defy translations, but sometimes are instinctively understandable for native Russians.

The actual contribution of Khlebnikov to the Russian language and culture isn’t limited with poems and strange words that can doubtfully be used without their contextual surroundings. Actually, this futurist invented an equivalent of the words “pilot” and “aviator” based on a Russian root - lyotchik. It appeared in a poem titled ‘Trizna’ (“Funeral feast”). Before Khlebnikov, Russians used to use those two loan words to express that sense in everyday speech. Moreover, the poet also created the adjective iznemozhdyonniy (“someone totally exhausted”) that was also adopted by the language. 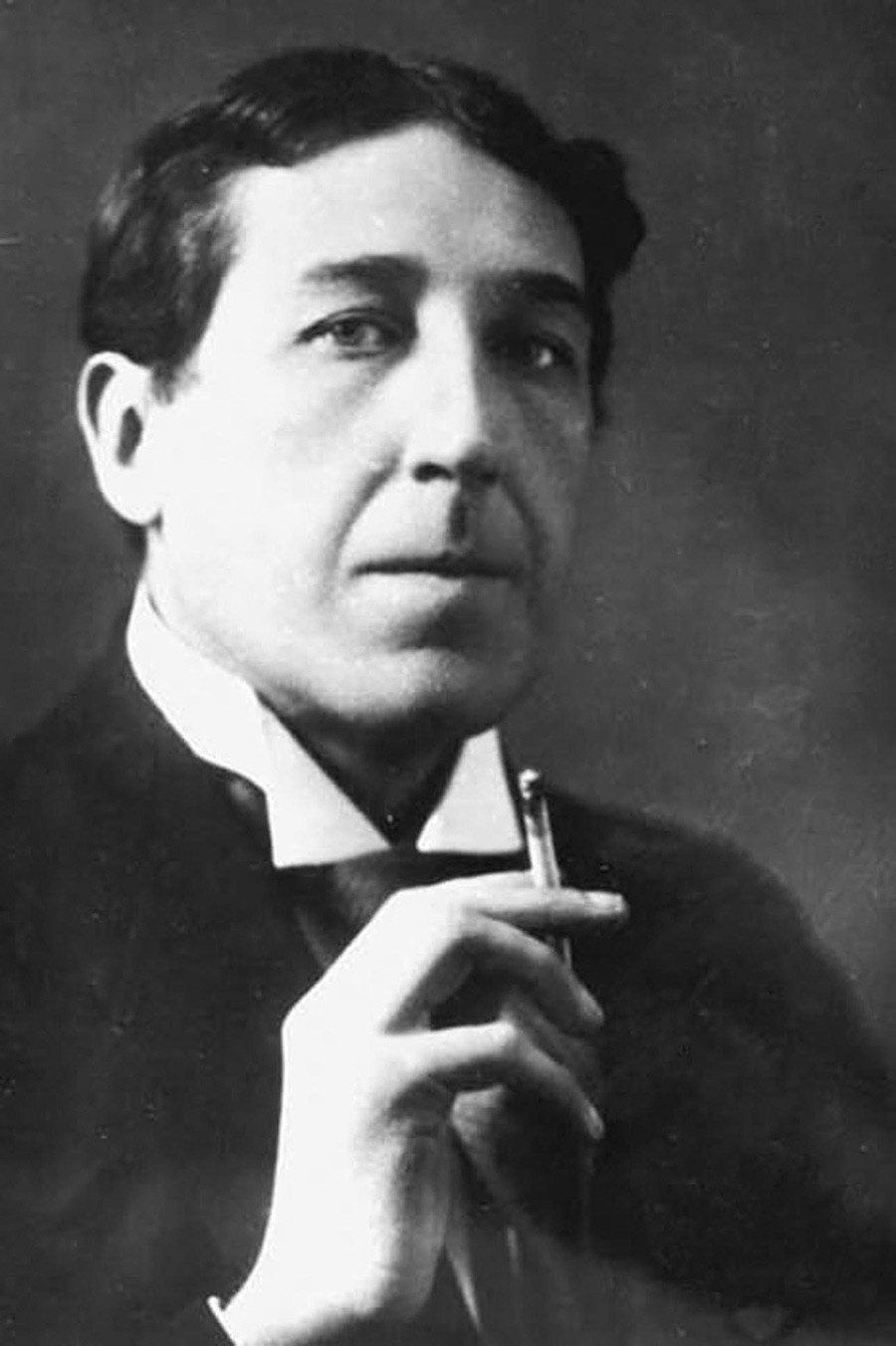 Igor Severyanin (1887 - 1941, real name Igor Lotaryov) was a futurist poet. A critical comment by Leo Tolstoy helped Severyanin be discovered and become famous among his contemporaries. There was also a cult, due to which his unusual live performances were very popular. During them, he walked the scene with large steps and recited his poems in a singing voice, seeming not to notice his audience.

Igor Severyanin liked playing with words and inventing new ones. In a praiseful poem dedicated to Valeriy Bryusov, another great poet, Severyanin introduced a new word Bezdar’, literally “someone without talent, totally mediocre”. It is now often used in spoken Russian language, but the stress has since moved from the second syllable to the first. Moreover, Severyanin changed the use of the word samolet, literally “something that flies by itself”. Before, it was just a fairy-tale term. Severyanin turned it into the Russian word for “plane” and it fixed firmly into everyday speech.