What’s the difference between ‘Мне нравится’ and ‘Я люблю’? 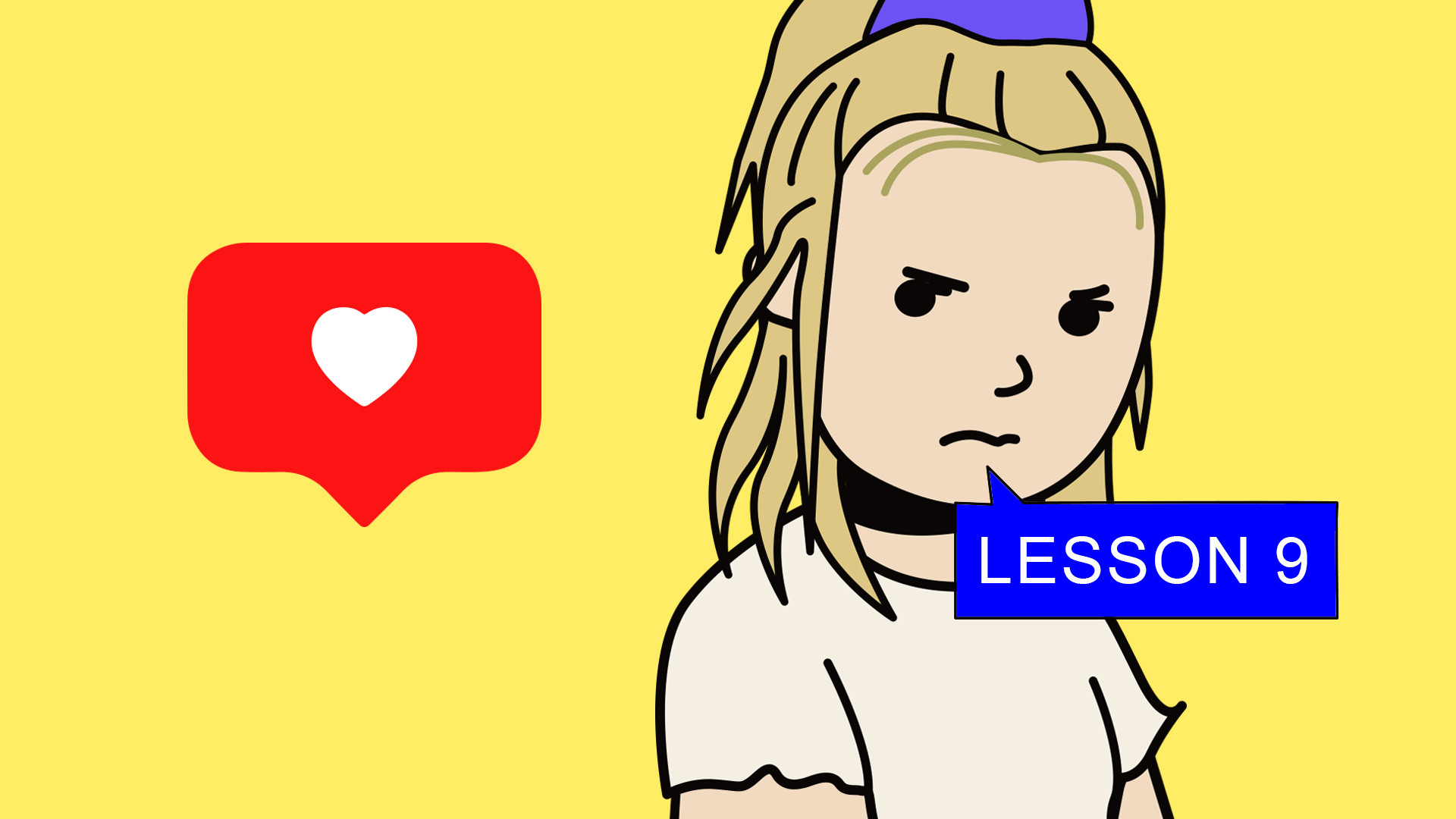 Alena Repkina
It’s easy to give likes on Facebook. It’s much more difficult to talk about one’s preferences in a foreign language - and sound convincing while doing it. Let’s look at how not to mess up your delivery when it comes to using emotions in Russian. 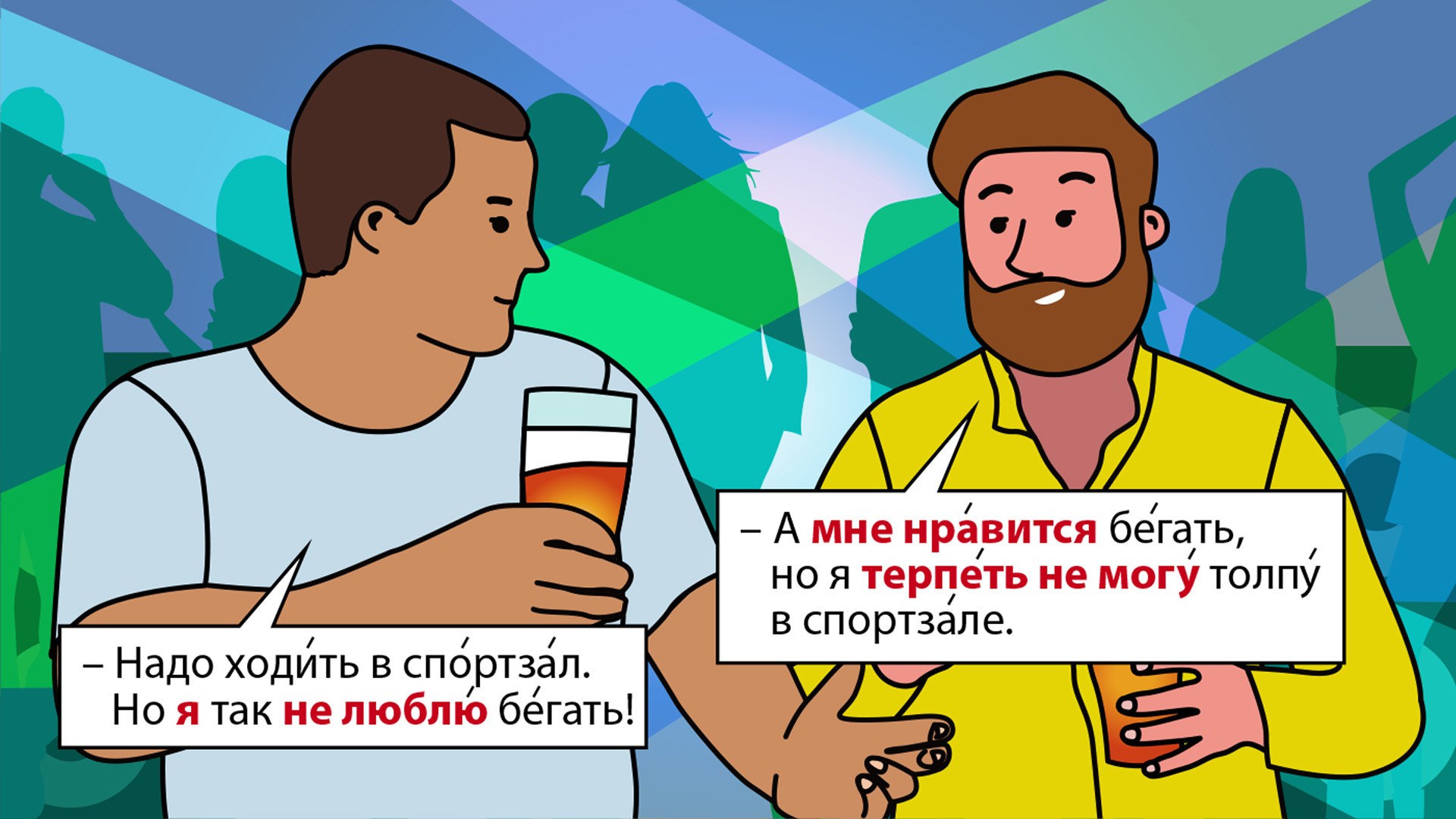 "I like running, but I can't stand a crowd at the gym."

The phrases “Я (не) люблю + Acc./inf”, “Мне (не) нравится + Nom./inf” and “Я терпеть не могу + Acc./inf” attach an infinitive or a noun in the accusative/nominative cases and are used in describing already formed habits or long-held opinions that don’t change by the minute. In this context, “Я люблю” and “Мне нравится” are completely interchangeable. For example, if you wish to emphasize your love for a morning cup of coffee, both are applicable: “Я люблю пить кофе по утрам” and “Мне нравится пить кофе по утрам”.

It’s a different matter when we’re talking about a person (or other living beings). Confessing one’s sympathy (or lack thereof) is done with the verb “нравиться”, whereas deeper sentiments are most often described with the word “любить”: 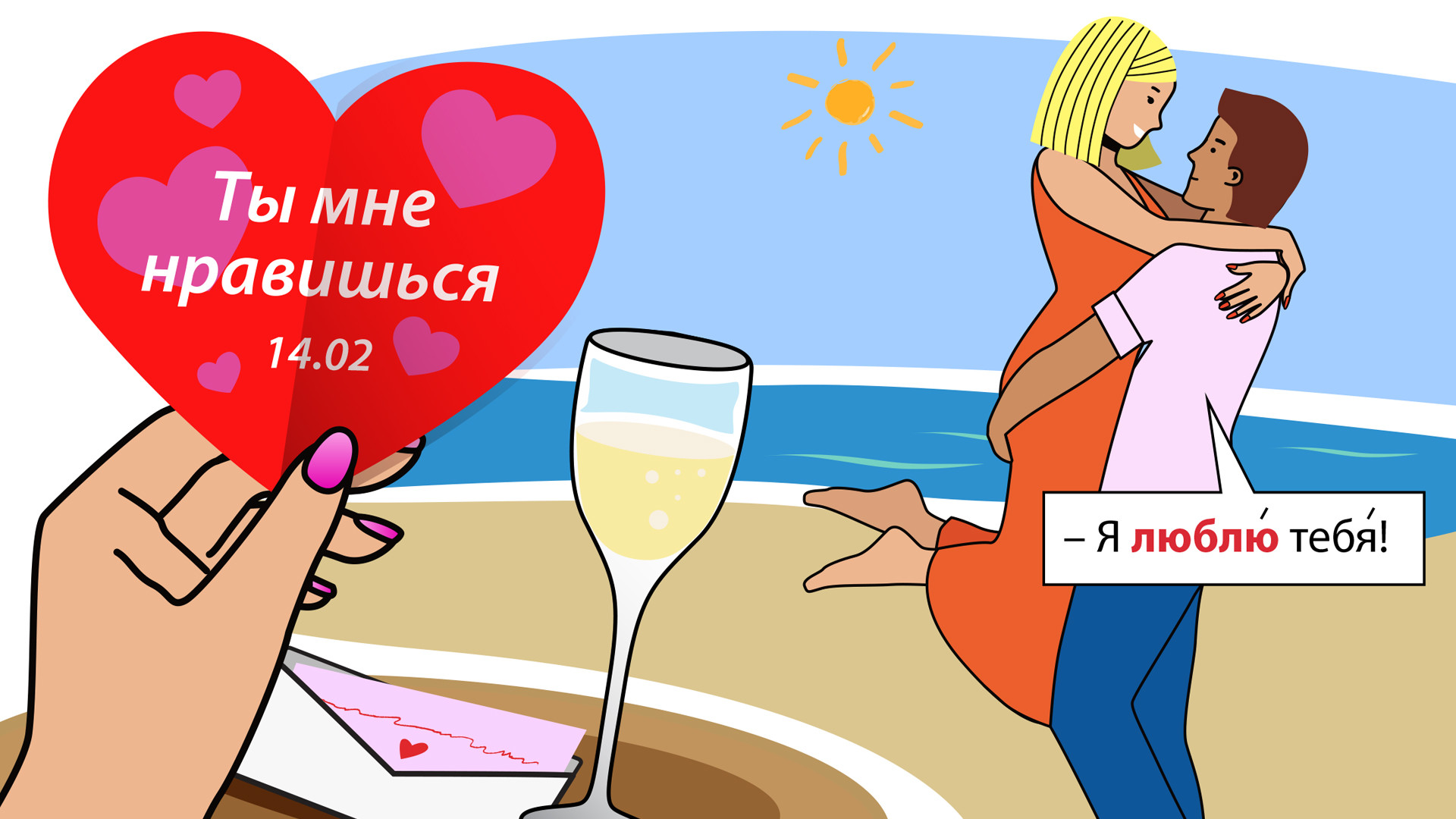 Let’s look at the next situation. Three girlfriends meet at a club. The atmosphere is great and so is the music. One of the girls asks the others: 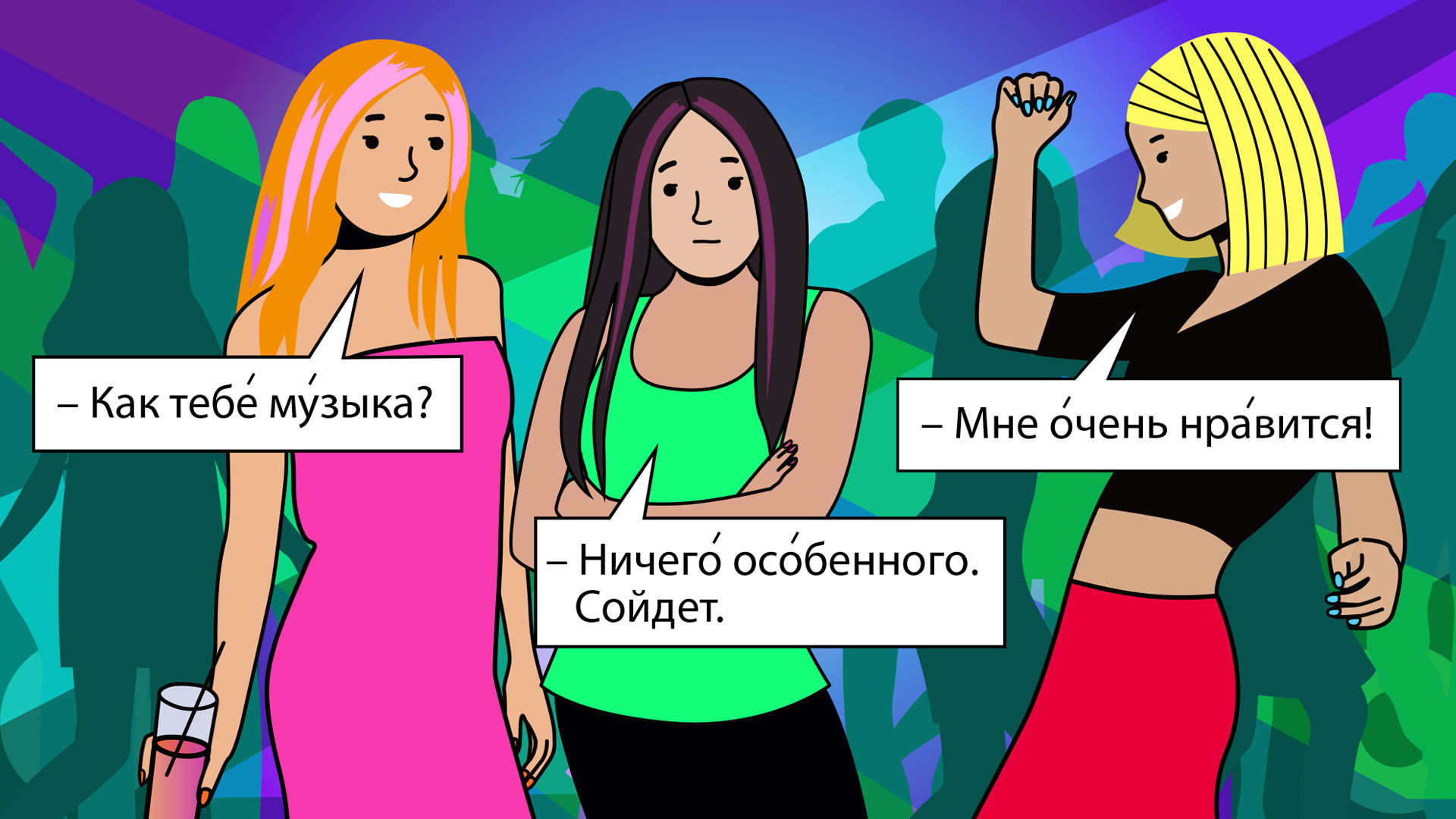 "Nothing special. It will do."

In rating an event, the verb ‘любить’ is not used. If the opinion is motivated by a specific situation, you would need to use the phrase “Мне нра́вится” (present tense, imperfect) or “Мне понра́вилось” (past perfect), if the event happened in the past or is already over. But if what is happening isn’t causing you to feel any particularly special emotions, then the question “Как тебе?” can be responded to with a simple shrug of your shoulders, and the phrase “Так себе. Ничего особенного. Сойдёт”.

Expression of a longstanding opinion, preferences: 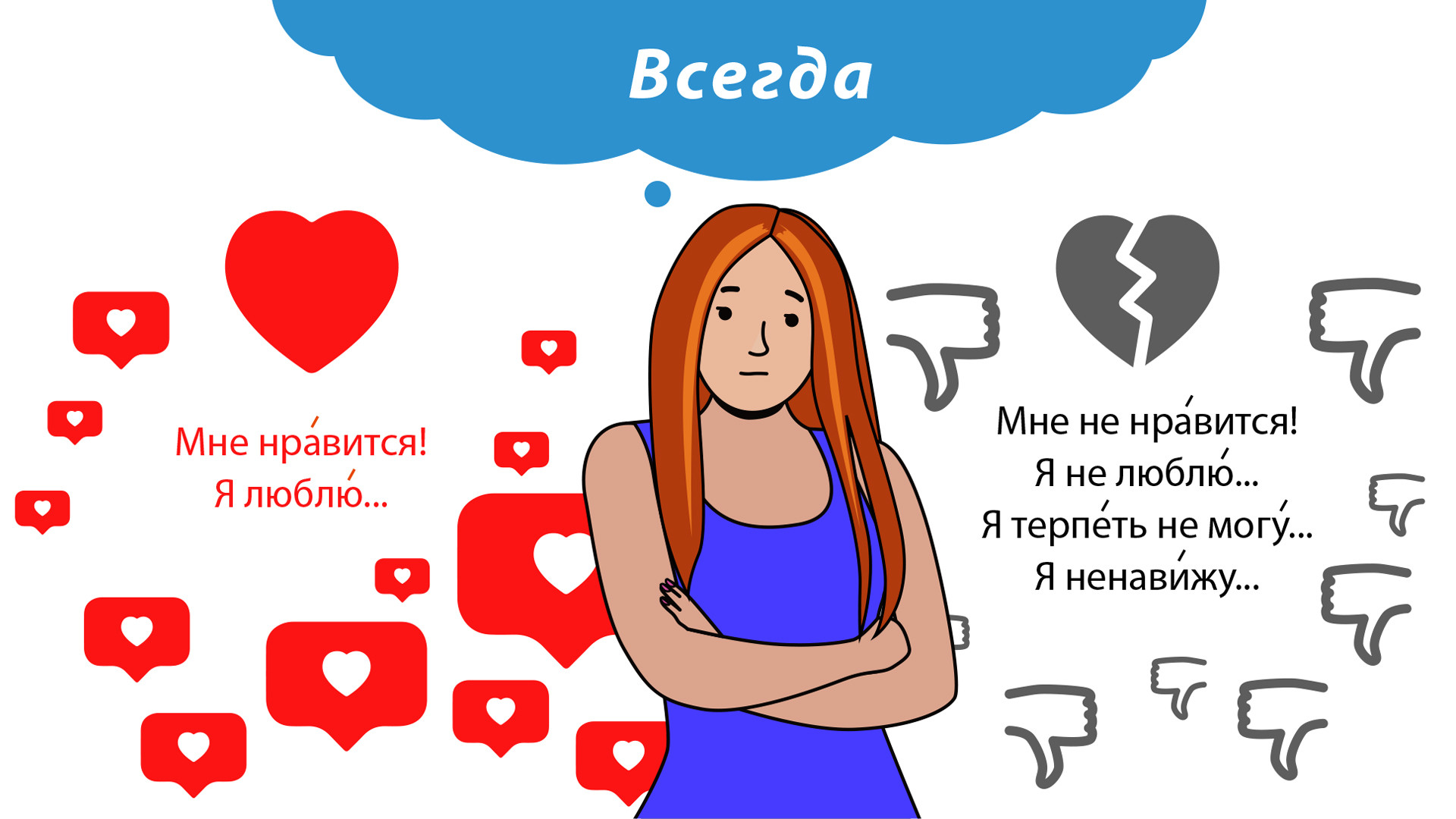 Expression of a situational opinion: 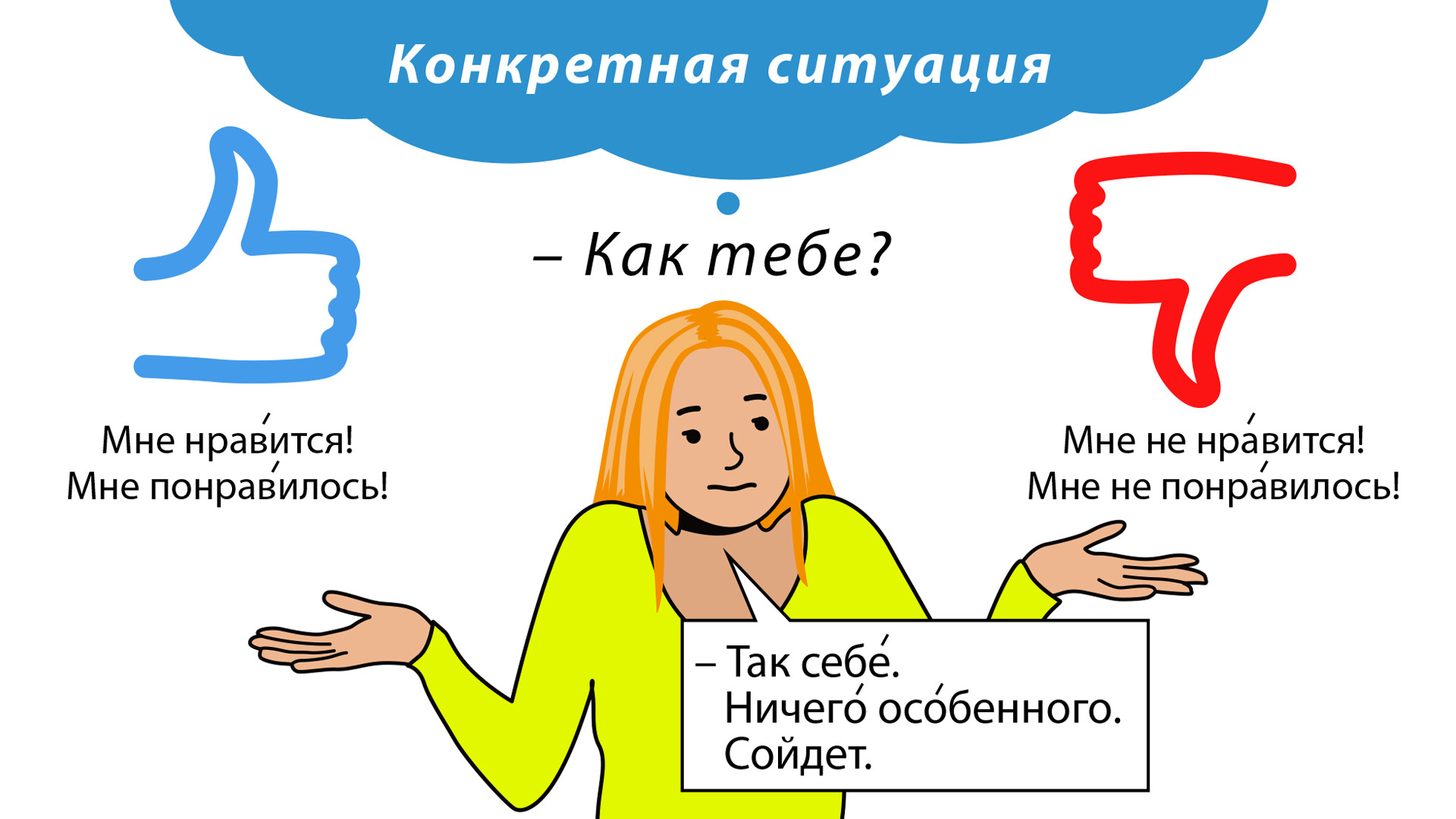