How to successfully argue your point in Russian 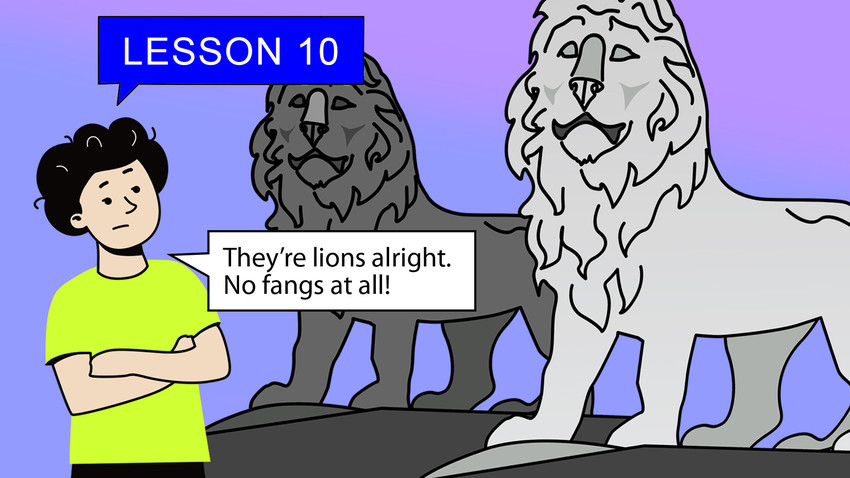 Alena Repkina
In this lesson, we’ll talk about syntaxic phraseological units in value judgements - which sounds like a little too much to swallow at first, but sadly, they’re a necessary part of any argumented quarrel or exchange of opinions.

Multitasking is the religion of our time. Standing in traffic while answering a work email, all while adjusting the volume on the radio. Or stirring your dinner with one hand, while helping your child with their homework and also keeping one eye on your favorite talk show on TV.

Language as a mechanism also tends towards multitasking: A single phrase can contain not only descriptions of the world around, but also get across one’s value judgement (“like/don’t like”), while also changing their mind in the process (“I’m right, and you’re not”).

An example can be the phrase “Говорю тебе, Ванечка стал выше!” (“I’m telling you, Vanyechka became taller!”), where the real fact – that Vanya became taller – is the choice of the diminutive version of the name and it points to a sympathy toward the boy; meanwhile, the leading phrase - “Говорю тебе” (“I’m telling you”) - is a standard formula for emphasizing the veracity of the information that’s being given.

The speaker packages meanings into the small box that a phrase is. And the more carefully the listener unpackages it, the better they’ll understand the speaker. People brave enough to study Russian at B1-B2 level know how many non-trivial ways of saying “Мне нравится” / “Мне не нравится” exist in the Russian language.

Let’s look at several multifunctional expressions where positive and negative judgement is dispensed. They often pop up in everyday conversation and have the capacity to confuse some, because their meaning doesn’t arise out of the semantics of each single element contained within. 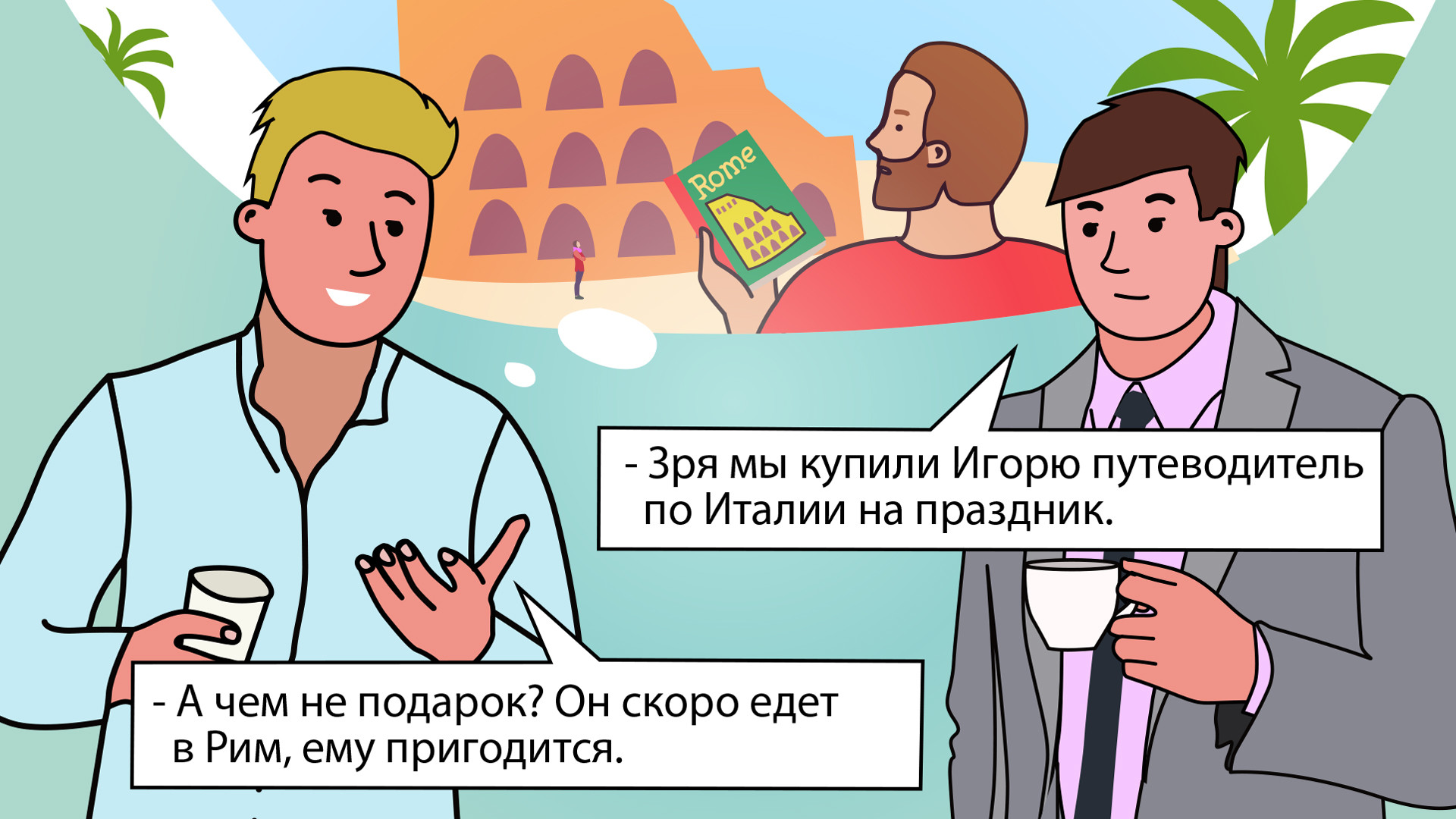 - We shouldn't have bought a guide to Italy for Igor’s celebration.

- Why not give it as a gift? He’s going to Rome soon, it will come in handy.

The question “ЧЕМ НЕ + И.п.?” appears as a response to the other person’s doubt and shows the willingness to change their mind. The rhetorical question is usually followed by arguments designed to underscore the validity of the speaker’s points.

After the unchanging “ЧЕМ НЕ” particle, we can put any noun in the nominative case; as a facultative element of the construction, we can sometimes use a pronoun in the dative case (for instance,  (например, “тебе/вам”):

- Чем тебе не пара? Работа есть, квартира есть, не курит, не пьет! (Why is he not a good fit for you? He’s got a job, an apartment, doesn’t smoke or drink!)

Opting to use the “ЧЕМ НЕ + Nom.?” construction, the speaker signals that the object, in his or her opinion, is fully in line with the standards placed on it.

How am I not a husband?

Ivan: How am I not a husband? I’m not cross-eyed, not sick.
Nastenka: That’s true, but you and I are not fit to be a couple.
Ivan: Why?
Nastenka: I can’t brag. And that’s that.
[Aleksandr Rou, Mikhail Volpin, Nikolai Erdman. ‘Morozko’, (1964) 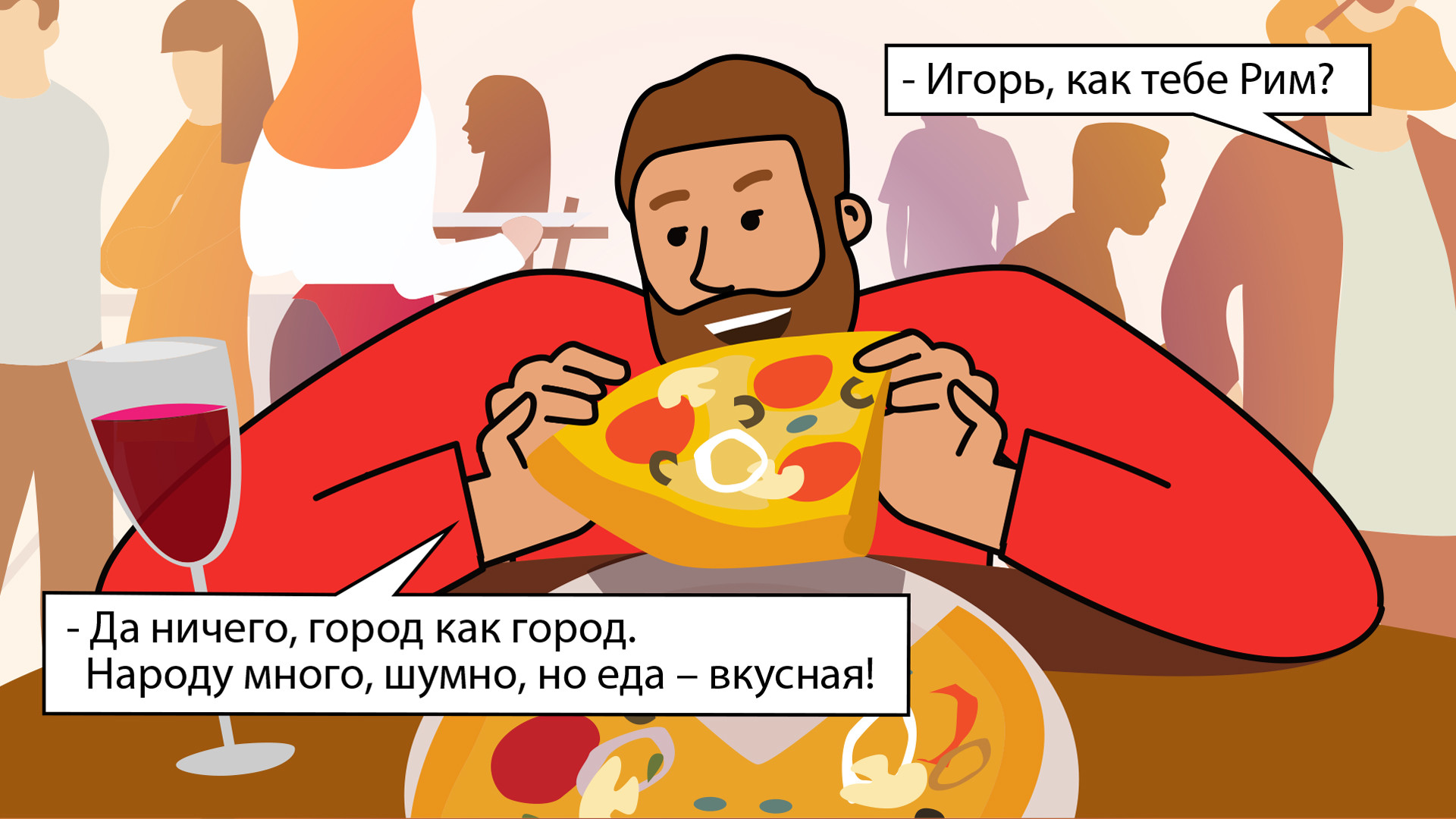 Igor is trying to convey that Rome is no different to any other major city (which is of course strange, but that is his subjective opinion and it can differ from that of the majority).

Nouns in the construction usually take on the form of the nominative case, but can be used in the prepositional case for signifying the place. The meaning of the entire construction remains the same: everything happens as it must in the stated location. For example: “На войне как на войне” (“Being at war is like being at war.”)

Olya: I don’t see anything wrong. A girl like any other girl. And she’s pretty, too, any way you look at her. 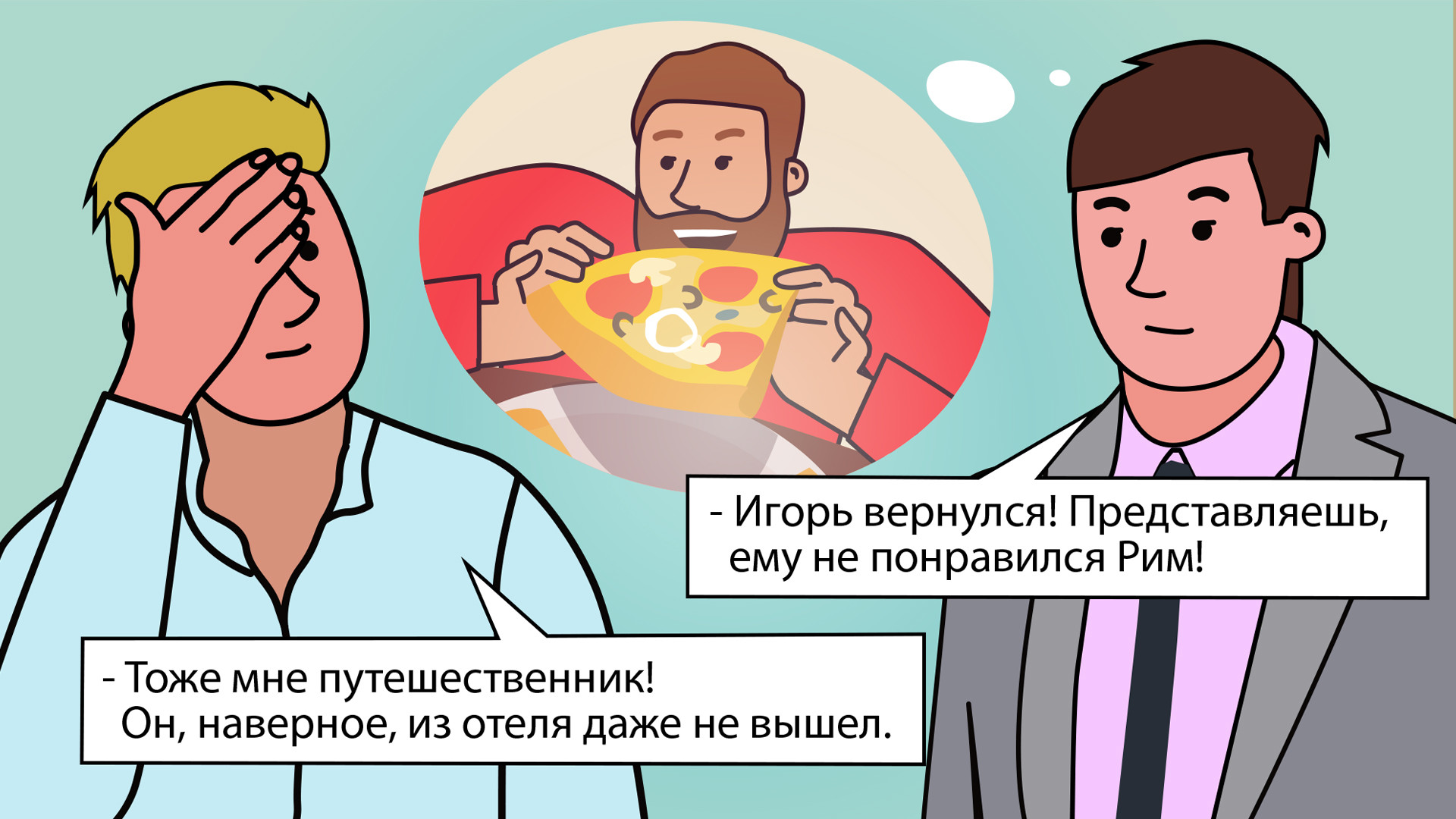 - Igor is back! Can you imagine, he didn’t like Rome!

- “Traveler” my left foot! He probably didn't even leave the hotel.

The friends are earnestly surprised that Rome didn’t occupy a special place in Igor’s heart and are also teasing their friend about being a lousy traveler.

All of the emotions are packaged into the same “Тоже мне + Noun!” construction, which the speaker uses when the object of discussion or an event don’t match an accepted standard, or outright go against its basic requirements. “Тоже мне путешественник!” = “If you were a decent traveler, you’d see Rome for the wonderful city that it is!”). An accusation or an irony are usually tied to an emotional palette.

The negative judgement construction, aside from the unchanging “Тоже мне” particle also attaches a variational one, consisting of a noun or an adjective (most often in the nominative case), a verb or an adverb:

However, take caution: All three of the value judgements carry an emotional charge, which could have unwanted consequences. Now, let’s hope Igor and his friends stay friends after an honest exchange of opinions!

Vanya: They’re lions alright. They don’t have any fangs.