Not just ‘do svidaniya’? Choosing the correct ‘goodbye’ in Russian 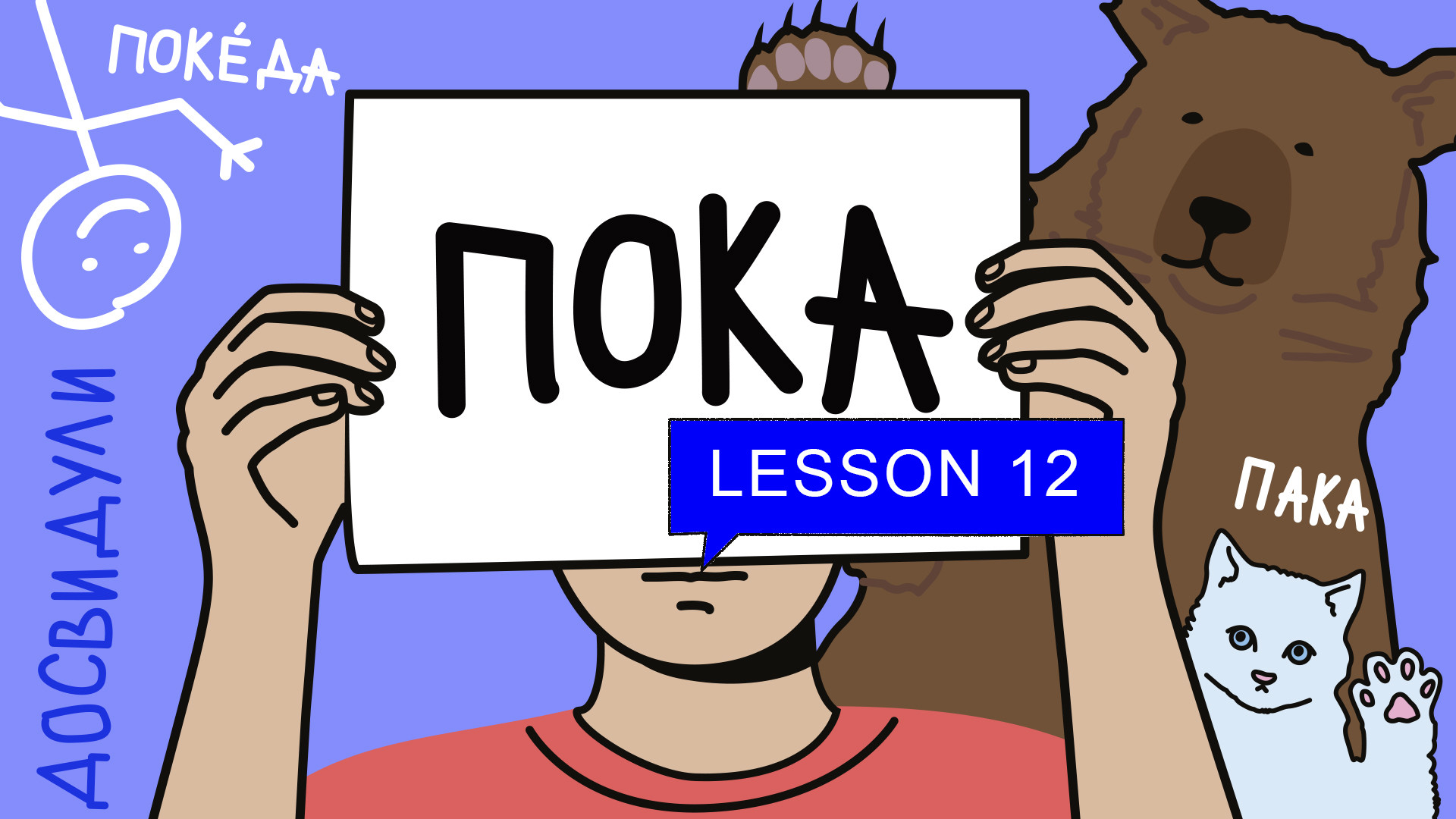 Alena Repkina
The skill of a timely exit is acquired over a whole lifetime. Goodbyes are a little easier, but only because there are standard phrases we all use to prevent misunderstandings when we suddenly exit a conversation. And picking the correct phrase can really say a lot about your personality.

If you don’t feel like giving too much away, it’s best to use neutral phrases like “До свида́ния!” or “Пока́!” The first is used in a more formal “Вы” setting; the second - for informal “ты” situations, reserved for friends and close acquaintances. Both farewells are devoid of individuality and, therefore, suitable for all situations. However, let’s delve into some of the more specific, colorful options we can use, which are able to tell us more about the personality of the speaker and their intentions.

1. The everyday person, keeping faith in a bright tomorrow 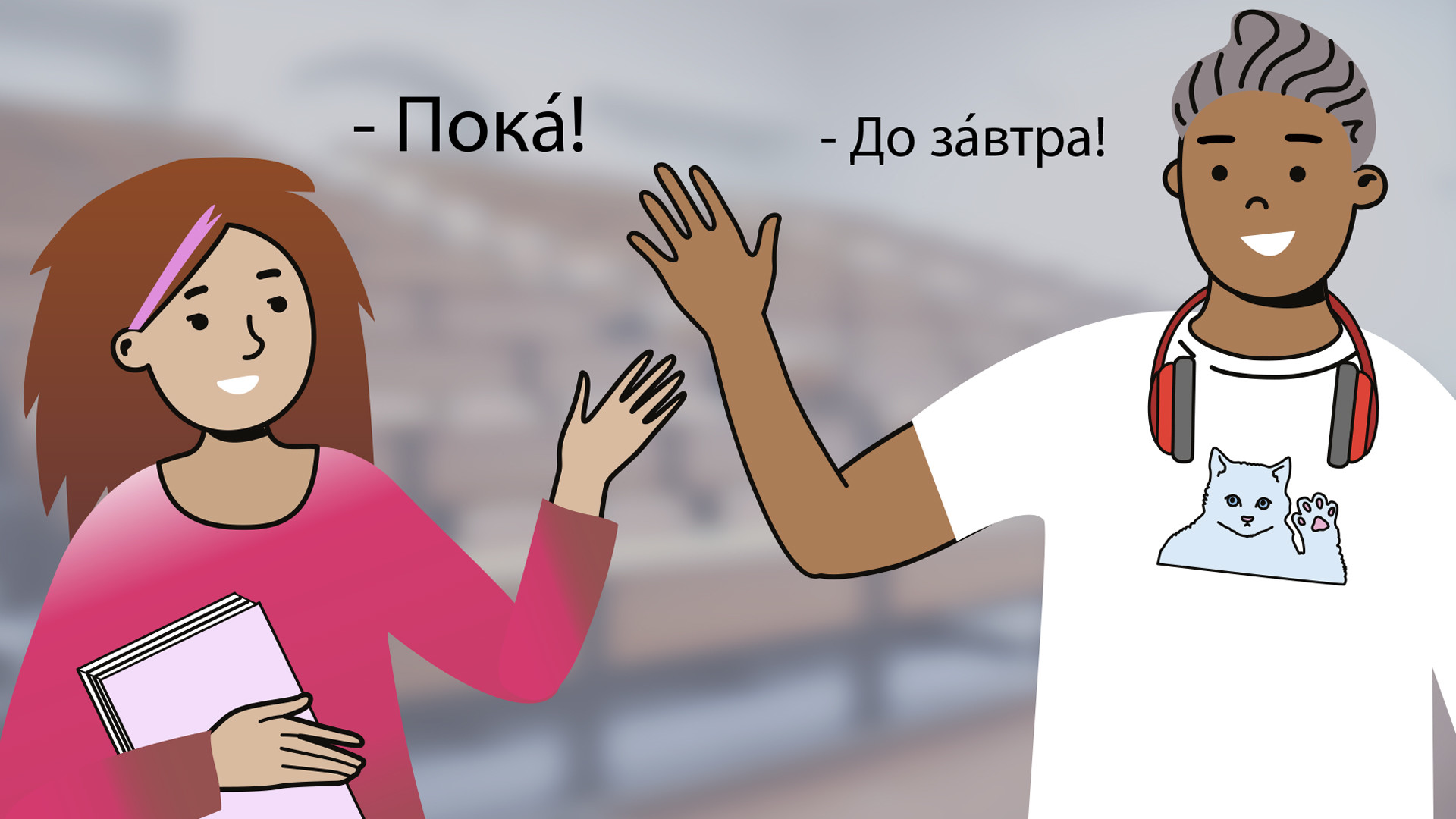 If you’re an optimist and believe in a bright tomorrow, wherein the person you’re talking to will elicit the same positive emotions in you - and that you’ll definitely see each other, the following options are suitable:

These goodbyes inject a sense of stability into the lives of anyone who uses them, and provide a belief in a bright tomorrow. Here’s an interesting factoid: the “До свидания” and “До встречи” farewells share the same construction (the preposition ДО + Gen), with the words “свидание” and “встреча” being synonymous in this context. But, if the former absolutely does not imply that the interlocutors will meet each other again in the near future, the latter is used in situations where a meeting has been agreed upon in advance and is presumed to take place. 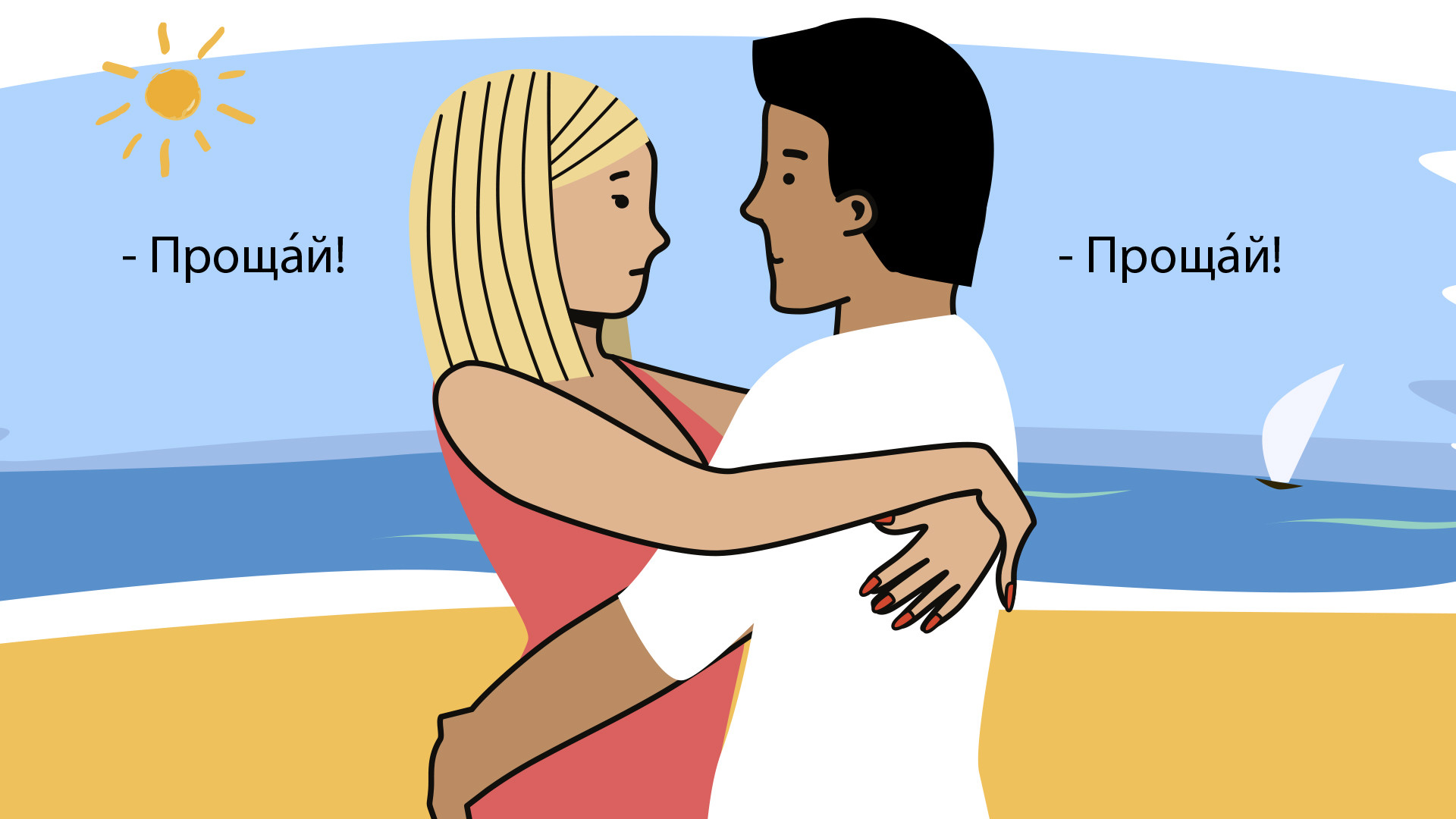 Now, when you’re faced with situations with no certainty and the person whom you’ve just spoken to ends up being blacklisted by you, you’ll want to use the following word:

A simple and short, “Прощай” lets the interlocutor know that the two of you will never be seeing each other again. This option is a good fit for situations that may involve a short summer fling or a dramatic departure into obscurity before loudly slamming the door on your way out. It can also, however, be used in situations where the two sides harbor no ill will towards each other, but have come to terms with their irreconcilable differences, accepting that it’s just not in the cards for them to ever see each other again.

Polite people will often wish each other well, in lieu of using classical farewells. Some constructions involving the word “ночь”, for example, (examples 3, 4) may be used during conversations continuing late into the evening, when the conversation has clearly dragged on and it’s time to get ready for bed:

Aside from “Счастливо!”, farewells and well-wishing take on a genitive form, as they retain a connection to the verb - “желать чего?” (“to wish what?”), which is followed by the genitive case. 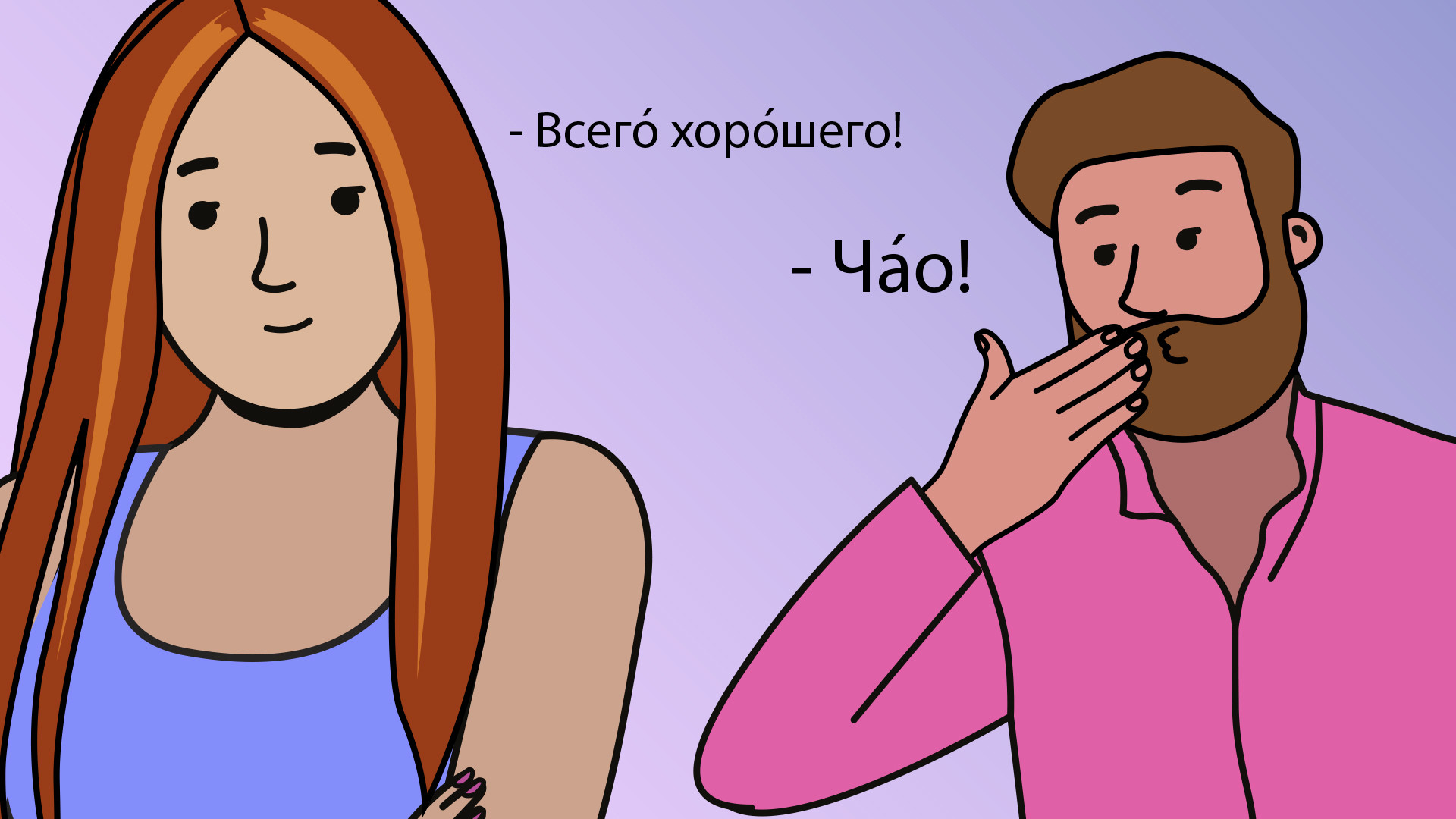 Farewells borrowed from other languages are also readily used in Russian. The level of popularity of any phrase is normally determined by what TV shows happen to be the hit at the time. For instance, words like “Ciao” and “arrivederci” arrived in Russia on the wings of the love for Italian cinema that exploded in the 1980s, thanks to classics starring actor Adriano Celintano; meanwhile, the wave of popularity enjoyed by Latin-American soap operas created in the 1990s led to passionate words like “adios” being used. Today, such words are considered a bit pretentious and can only really be heard in the company of polyglots or in the lyrics of the chorus to some clingy pop song. 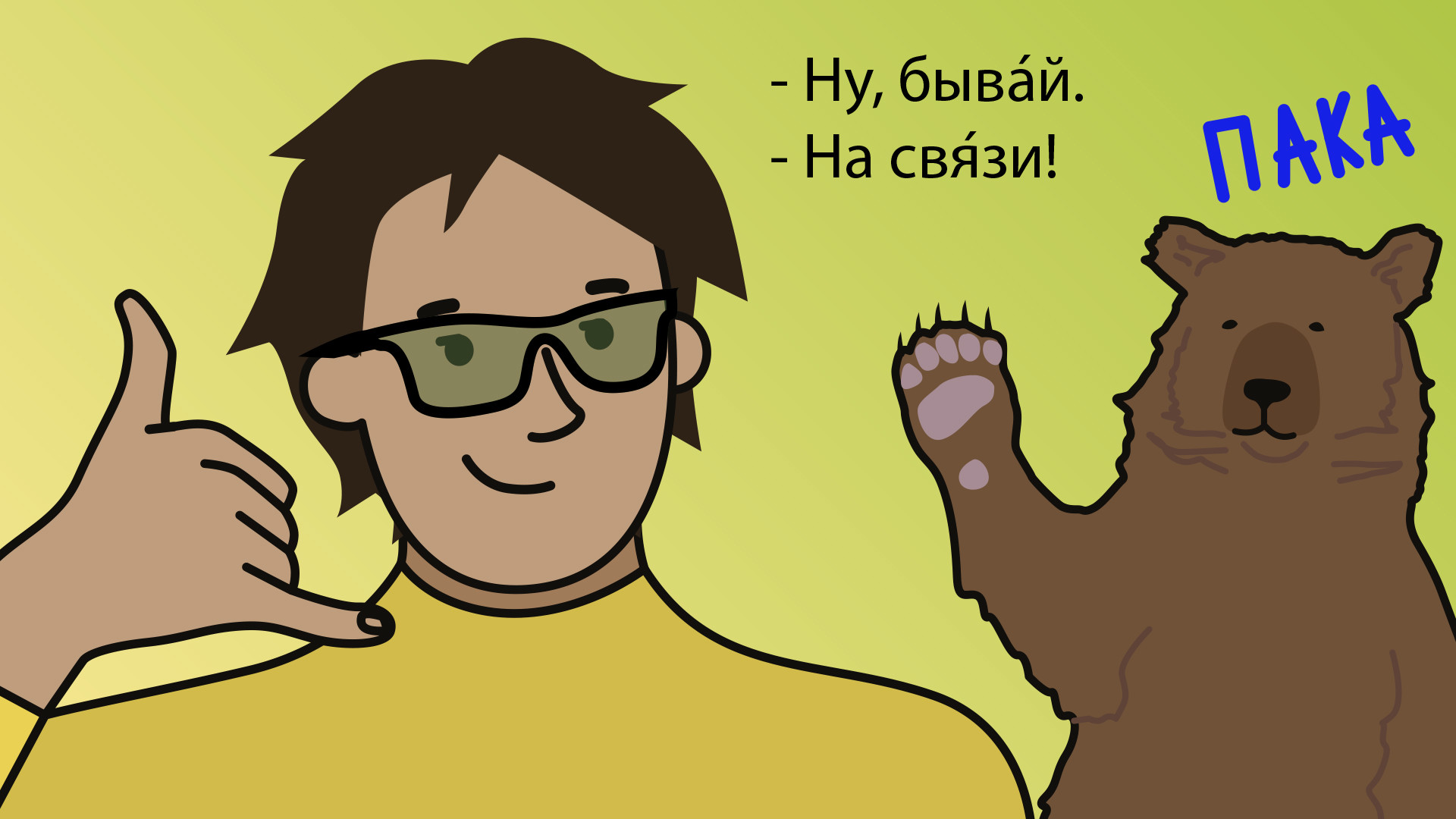 A degree of gender coloration is present in the Russian language, with a number of options available with a definite male twist:

Such expressions exhibit a degree of laconicity and simplicity, so are often heard in the speech of soldiers and other servicemen. “Бывай” is an imperative form (an order) of the word “бывать”, which is really a shorthand mutation of the phrase: “Continue to be, you’re not doing too bad.” The same group also contains the following somewhat strict and emotionless phrase:

Lovers of this variant are likely to always remember to actually stay connected and are likely to reach and be reachable in this fast-paced modern world at any given time. They are at their heart cold radio comms operators.

6. Farewells your Mom is likely to find annoying 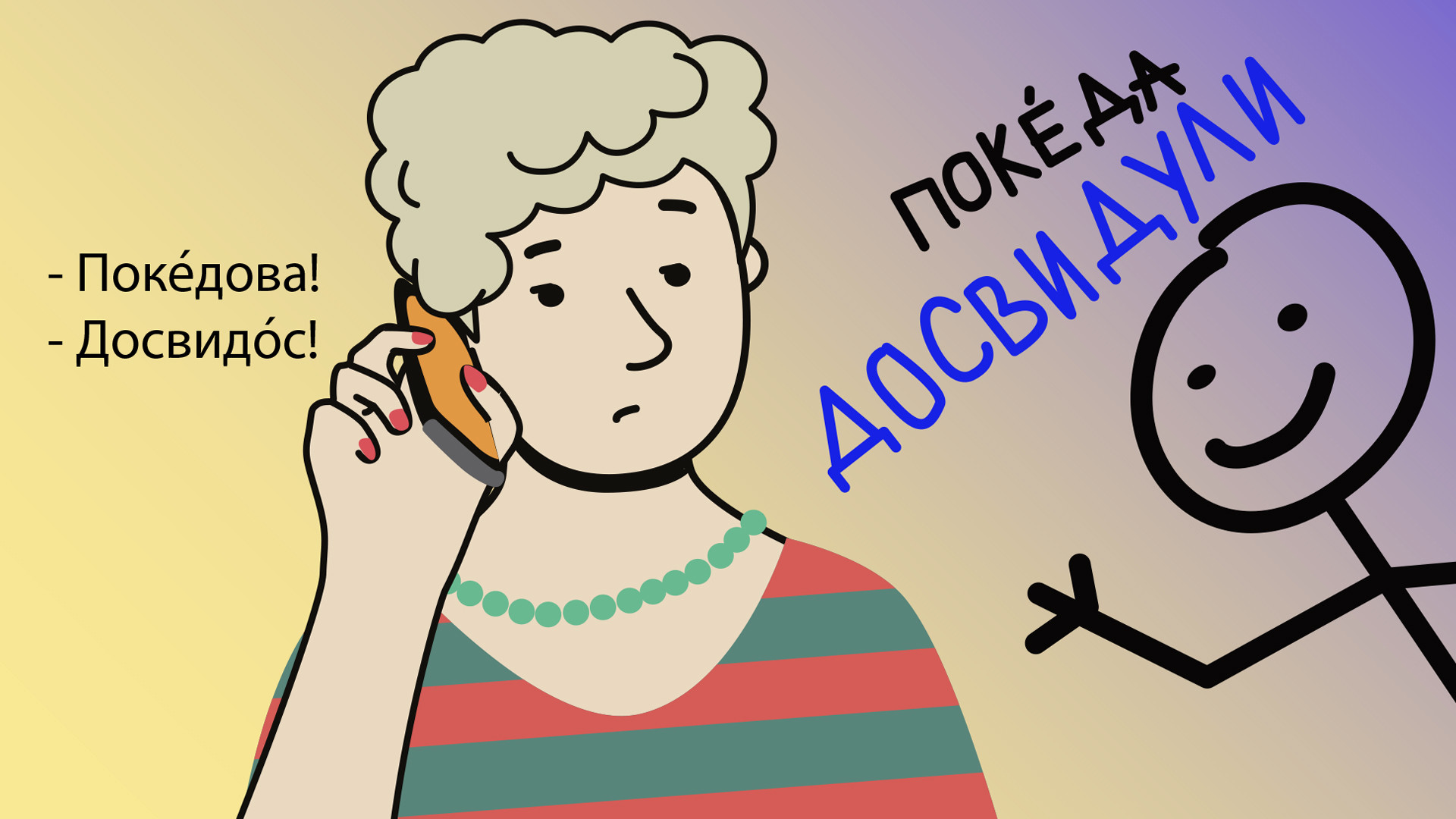 Slang versions of the standard “пока” and “до свидания” enjoy popularity among teenagers for the most part, but often annoy the heck out of grown-ups, or anyone slightly older than 16:

They sound giddy, but crude, and are more fit for situations where one might wish to say “прощай”, but also wants to add a dose of disdain into the mix. There’s a theory that “Досвидос” borrows its suffix from the Spanish “adios”, which would again hint at the love that Russian-speakers once used to show for Latin-American soaps.

It’s indeed true that one can tell a lot about a person by their choice of farewell. So, when saying “bye”, remember not to annoy your Moms, always wish each other well and, perhaps, you’ll get to meet your Russian friends again if you remember to use forms like “До встречи” as often as possible - instead of the formal “До свидания”.