How to learn to understand Russian speech 😫 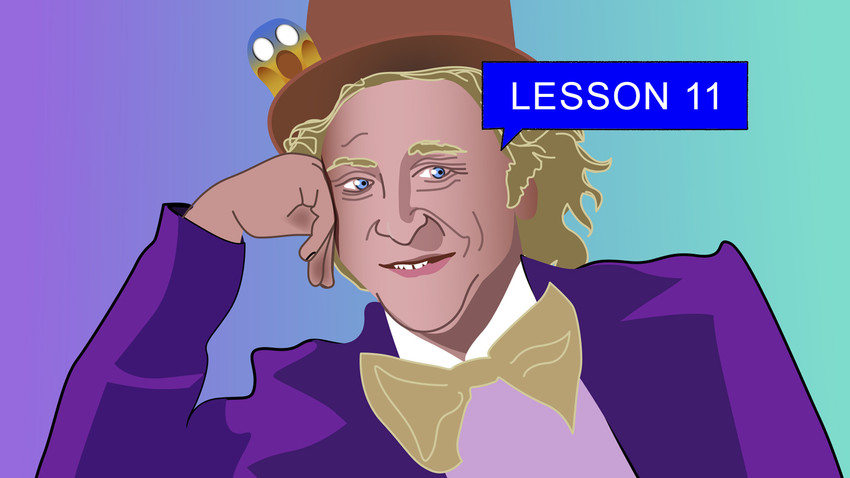 Alena Repkina
Each person interprets foreign speech differently, but most tend to agree that the Russian language is among the most difficult to comprehend!

There are plenty of YouTube videos of foreign students sharing their opinion on peculiar Russian words and how they sound: Some think Russian is harsh, others claim that it’s very melodic and has a song-like ring to it (almost childlike, owing to the many soft consonants). In short, all students of Russian, more or less, share the view that “All Russians speak so quickly and unclearly, they could really use a subtitle track below [their mouths].” Alas, until technology exists that can beam translations straight into our brains, we’ll have to make do with this lesson, where we discuss the difficulties you’ll encounter in understanding Russian speech and how to tackle them. 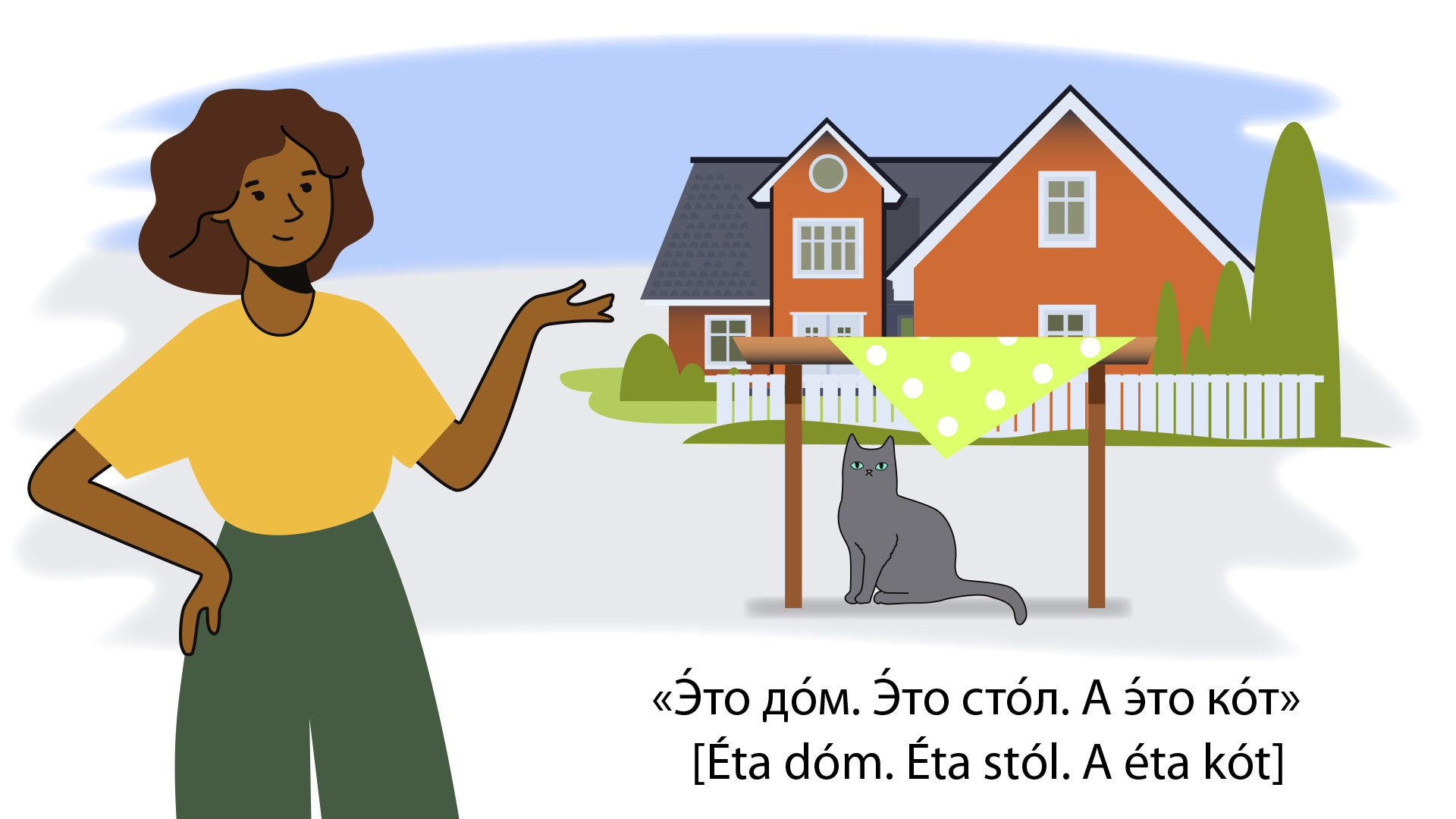 The student dutifully repeats the singular nominative form and believes in a bright future. [Éta damá. Éta stalý. A éta katý], says the teacher, transitioning to the next photo - and the student’s hopes are dashed. “We’ve only just created the plural form, and suddenly, [A] becomes [O] in what is practically the same word?” the student might exclaim in their native language. “Reduction,” the teacher replies philosophically. 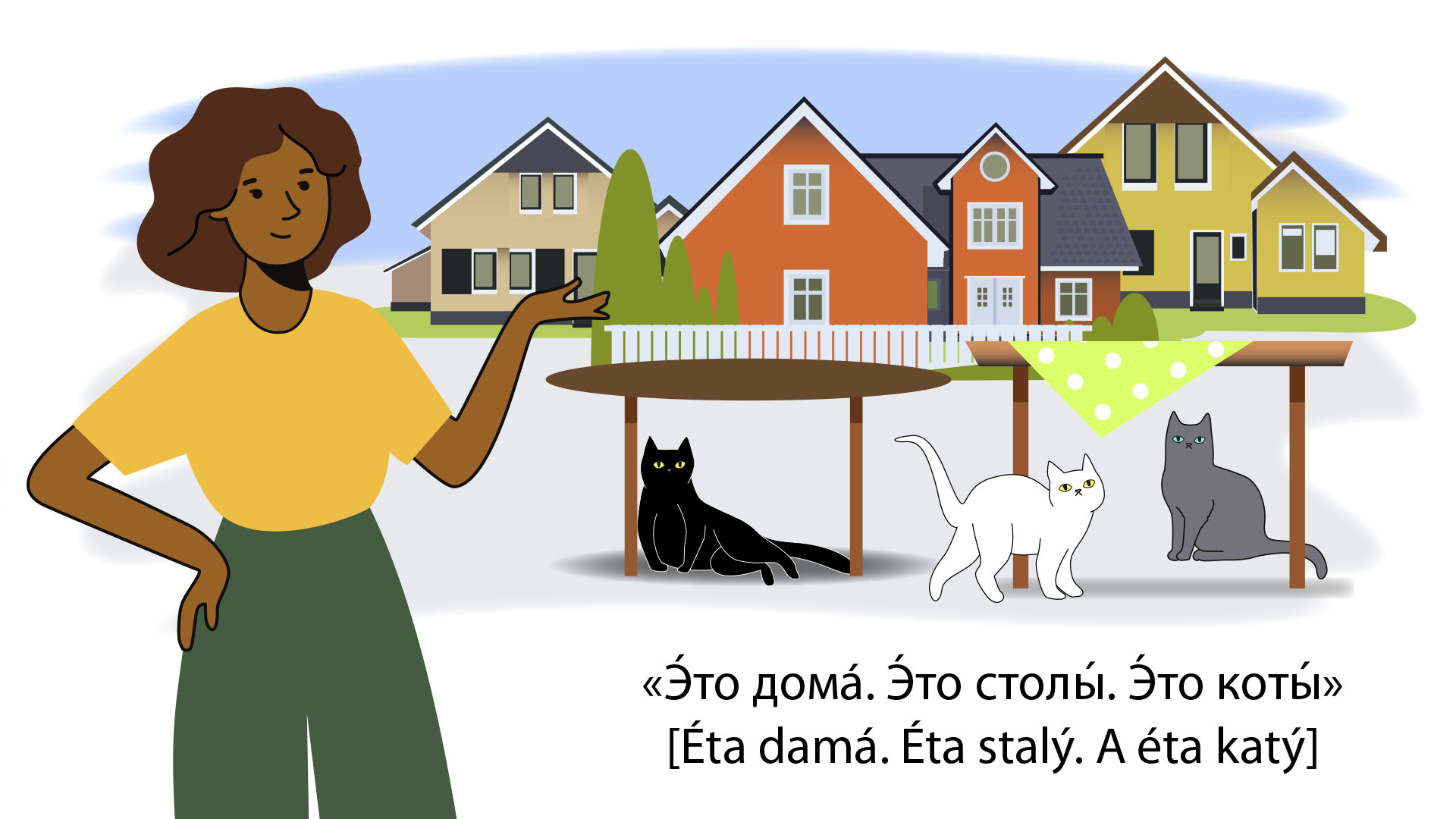 It’s true, the [O] sound is only pronounced in the accented position and as [A] in all other cases, sometimes even as a short [Ы] - for instance, [shykalát] 🍫. And if one studies Russian only by ear, without using the graphical image of the word, they would need to work really hard to understand why [kót] 🐱 and [katý] 🐱🐱 – are the same animal, only a different quantity of them.

What conclusions can we draw from the story? Well, even if you love studying languages by listening to simple phrases in conversation, don’t forget to supplement that with reading: In Russian, the graphical image of the word can sometimes help unite entirely different-sounding phorms into a single paradigm - such as Nom. sg. [dóm] 🏠 и Nom. pl. [damá] 🏠🏠.

How does an understanding of strange foreign speech evolve? First, there is a wave of horror at the stream of unfamiliar sounds, then, gradually, the cacophony gives way to particular forms the brain can decode and recognize. 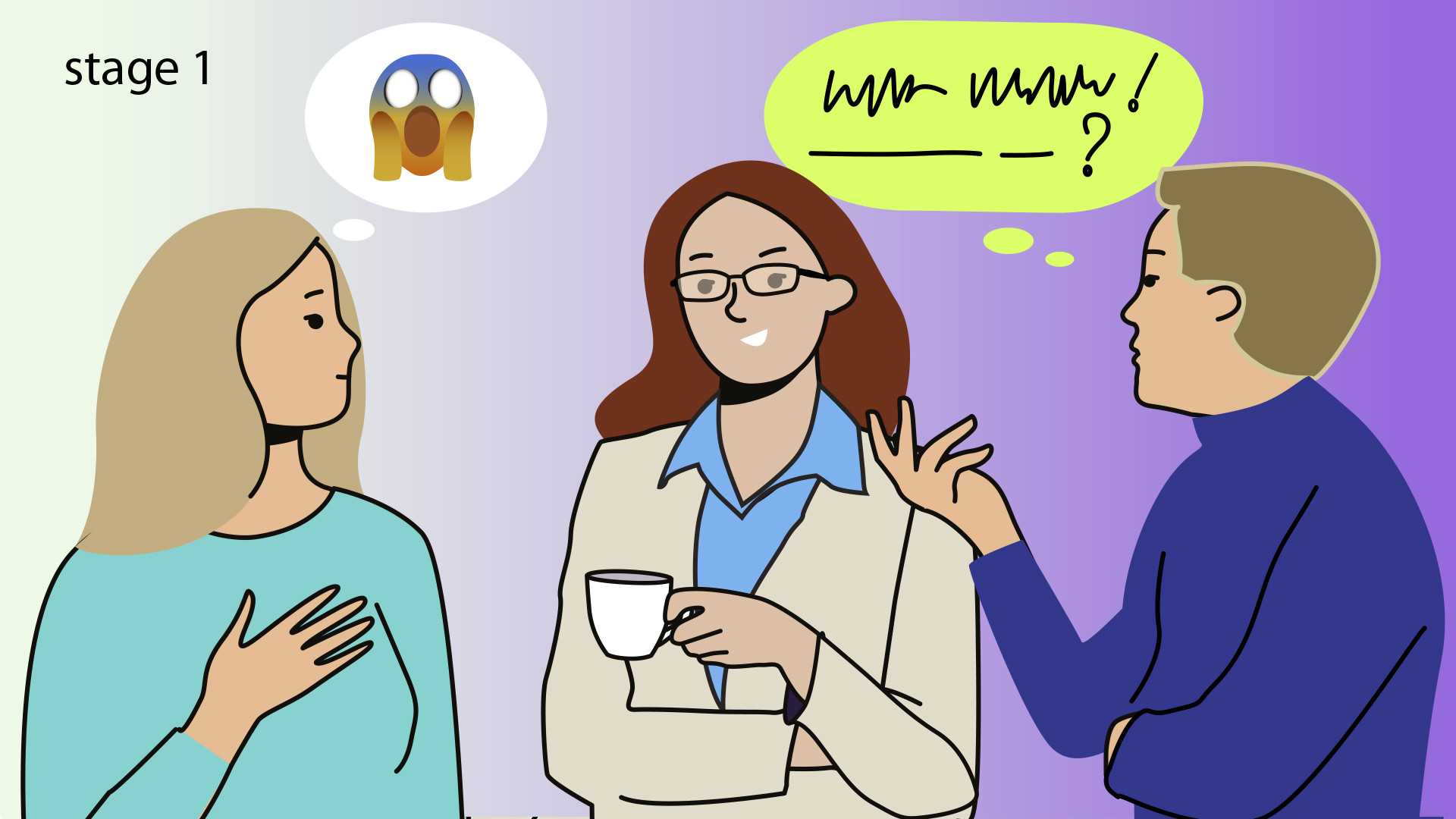 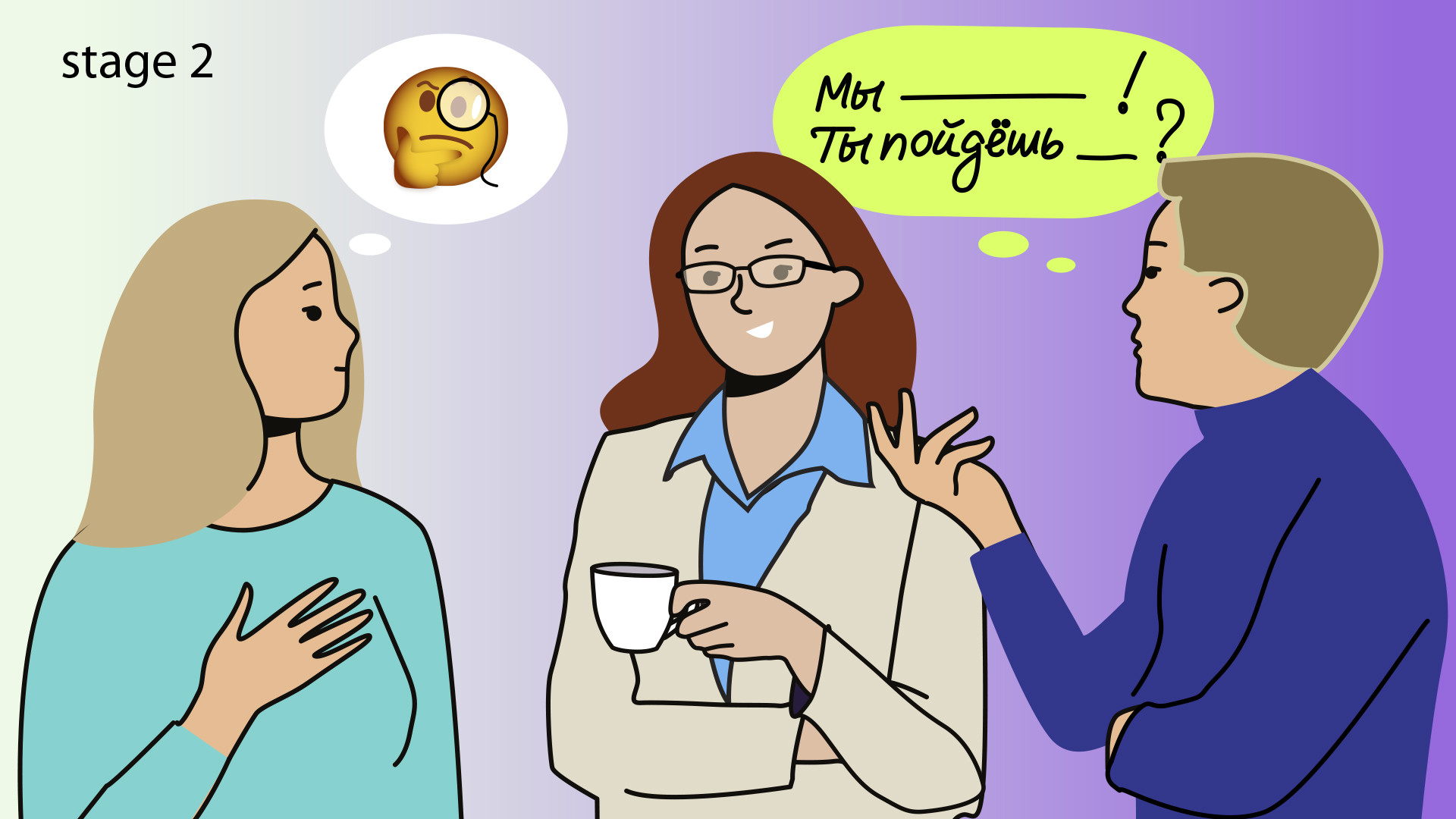 The situation is most easily understood through context: Say, you’re at a hotel, booking a number. Words from conversations you might have at the doctor’s office or while drinking with Russians are not likely to pop up. It’s useful to pay attention to the gestures and expressions of the speakers, as well as their intonation and pauses, which mark the start and end of a sentence. Russian is slightly different from a number of other languages in this respect.

But, there’s one “but”. The tempo. It’s not important how much research you’ve done on varying language speeds - Russian is still fast. And rarely clear. Often, the initiative articulation practiced by Russians gets in the way of understanding even the simplest phrases. Russians can barely open their mouths and not even move their lips and still understand each other perfectly.

There’s only one tip here: If you’re just taking your first steps, don’t torture yourself - do listen to educational audio materials. Select thematically appealing programs and shows on YouTube, where the presenters take care to speak with clarity. And, of course, don’t forget the subtitles - there are plenty of channels around that offer them.

One interesting fact is how foreign students often claim that older generations of Russians are easier to understand. Maybe, one should also meet their new friends’ parents in the process? 🤔

3. Some quirks to do with pronunciation

For the final practical part, let’s look at some examples of frequently used words that sound different in conversation than they do when you write them out (or worse, they’re even written differently occasionally, if communication is informal). 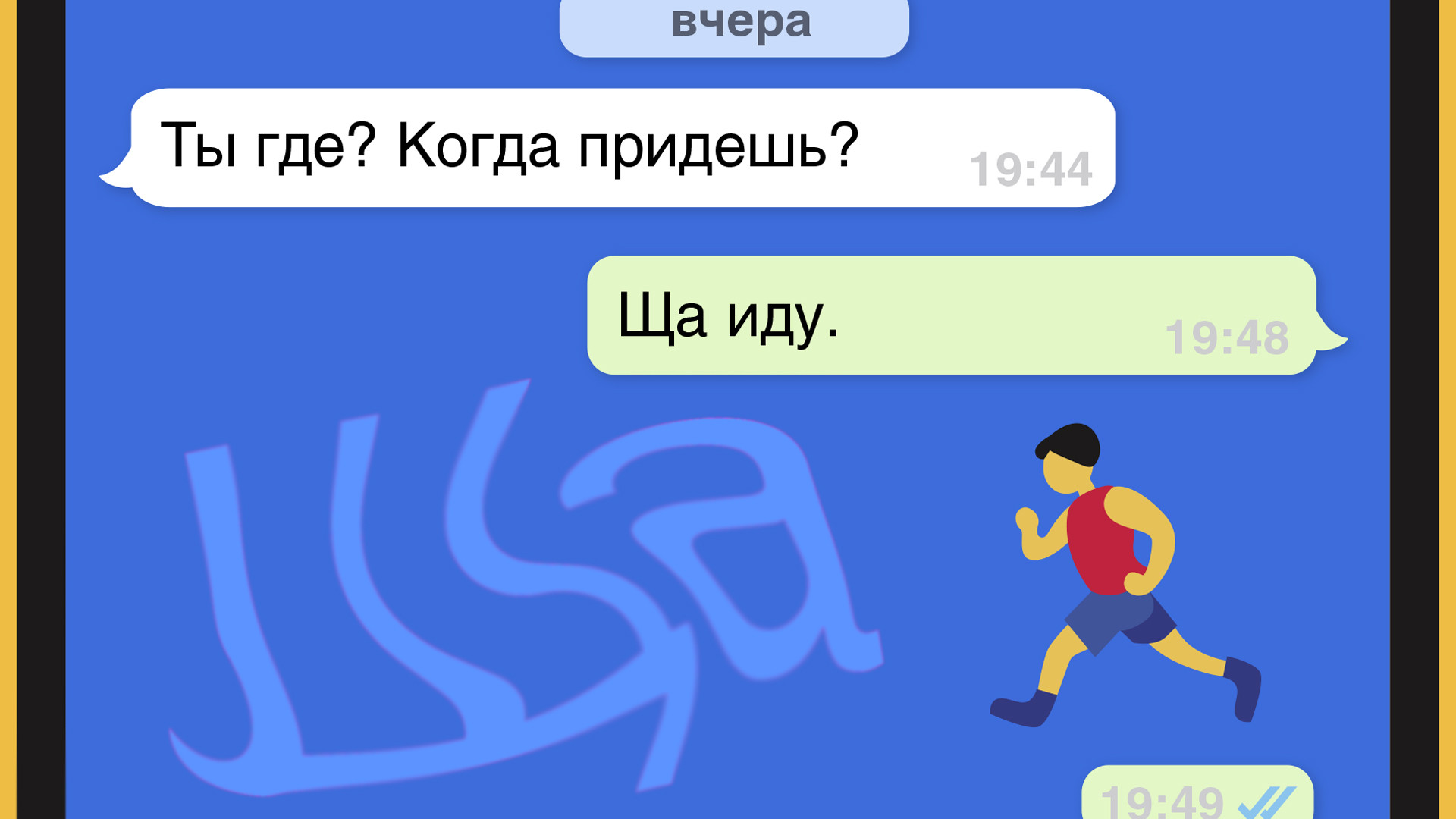 - Where are you? When are you coming? 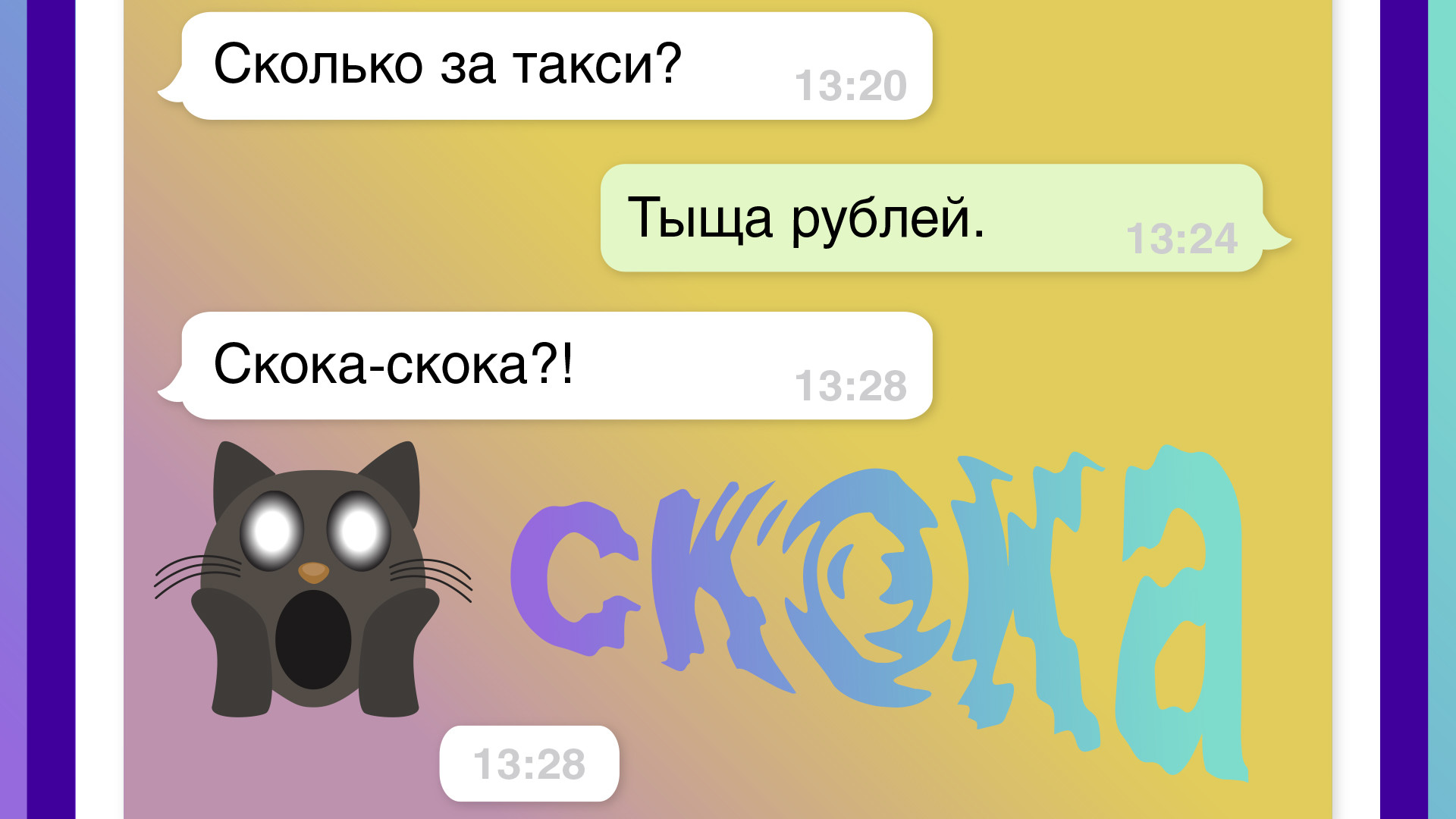 - How much for the cab ride? 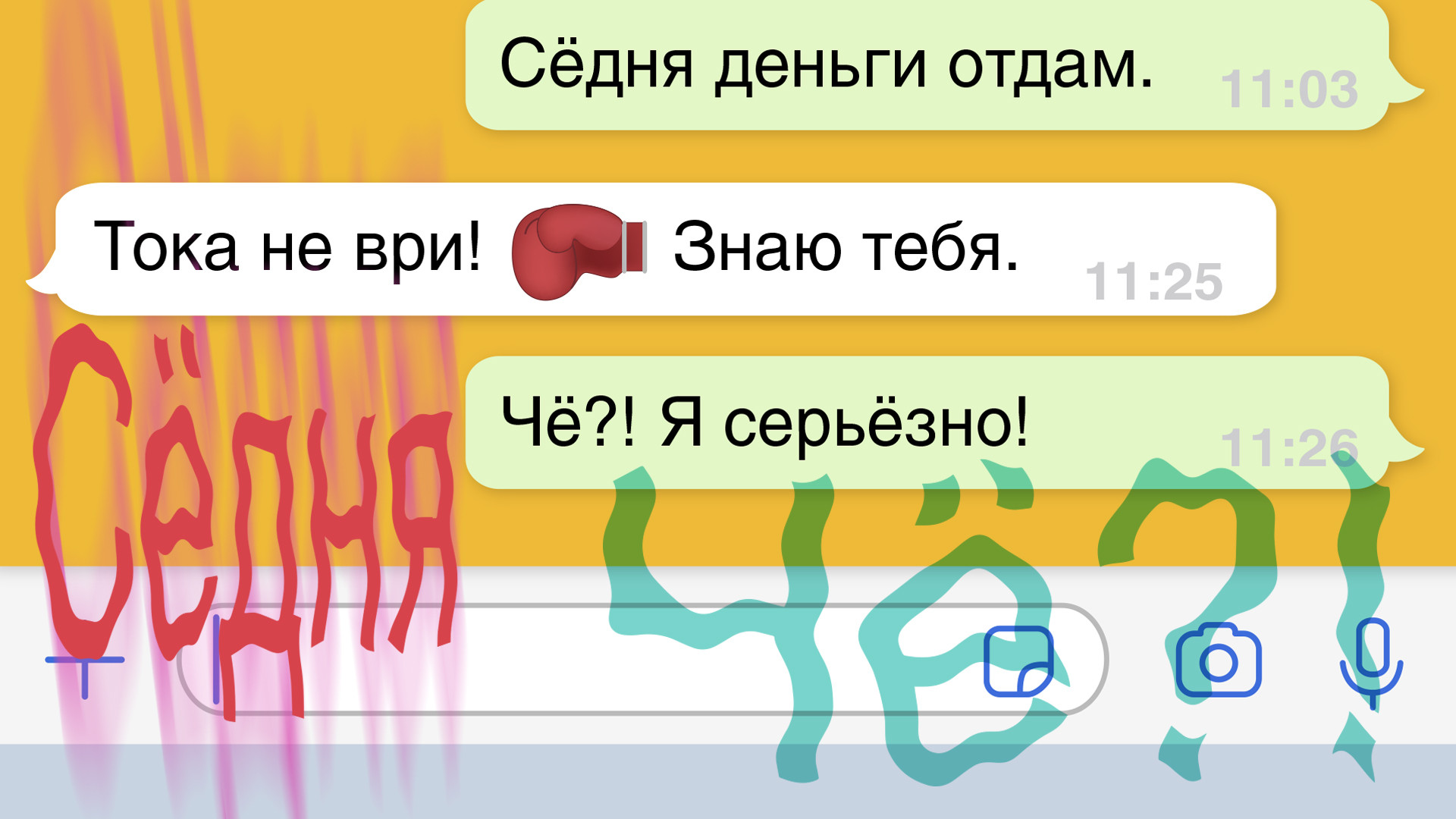 - I’ll get you back your money today

Knowing the conversational forms of pronunciation makes it noticeably easier for one to understand spontaneous speech. However, unless the language has almost become second nature, it’s still best to use the literary form, just in case.

Practice is what’s needed to start to really understand people, but the good news is that the vast territory of Russia is surprisingly uniform when it comes to how people sound (this makes the country different from much of Europe). So, when you’re planning a trip across the great Transsiberian Railroad, you won’t notice much difference between Moscow, Ekaterinburg, Perm, Omsk, Krasnoyarsk - or even Ulan Ude!

Natalia Kikilo is the assistant professor at the Institute of Russian Language at RUDN.