What is train life like aboard the Trans-Siberian? (PHOTOS) 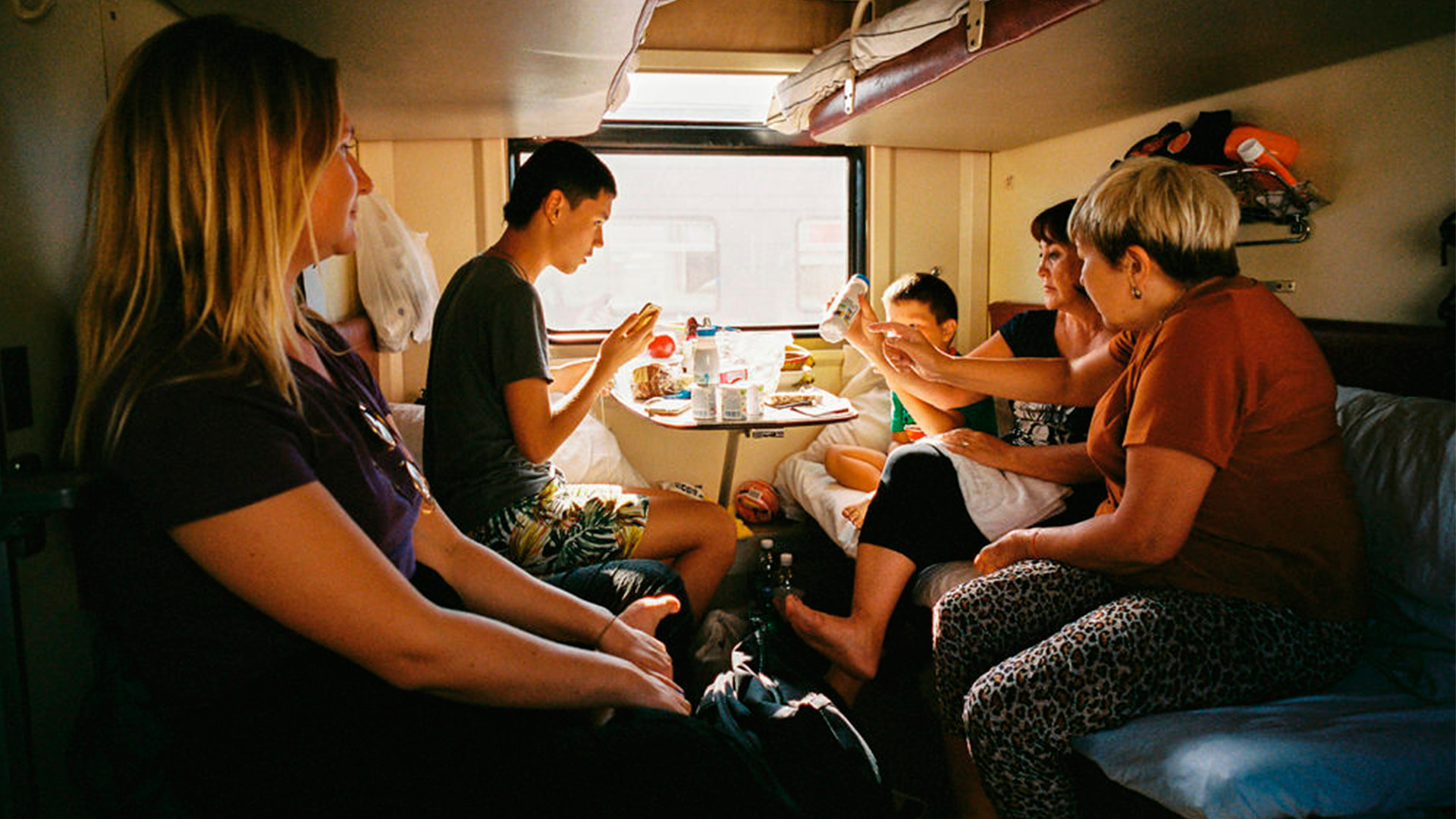 Georg Wallner/Mesto47
Two journalists committed to a 10-night long trip and shared their photos and stories.

Those who think that a five-hour train ride is long… What would you think about a 50-hour ride? 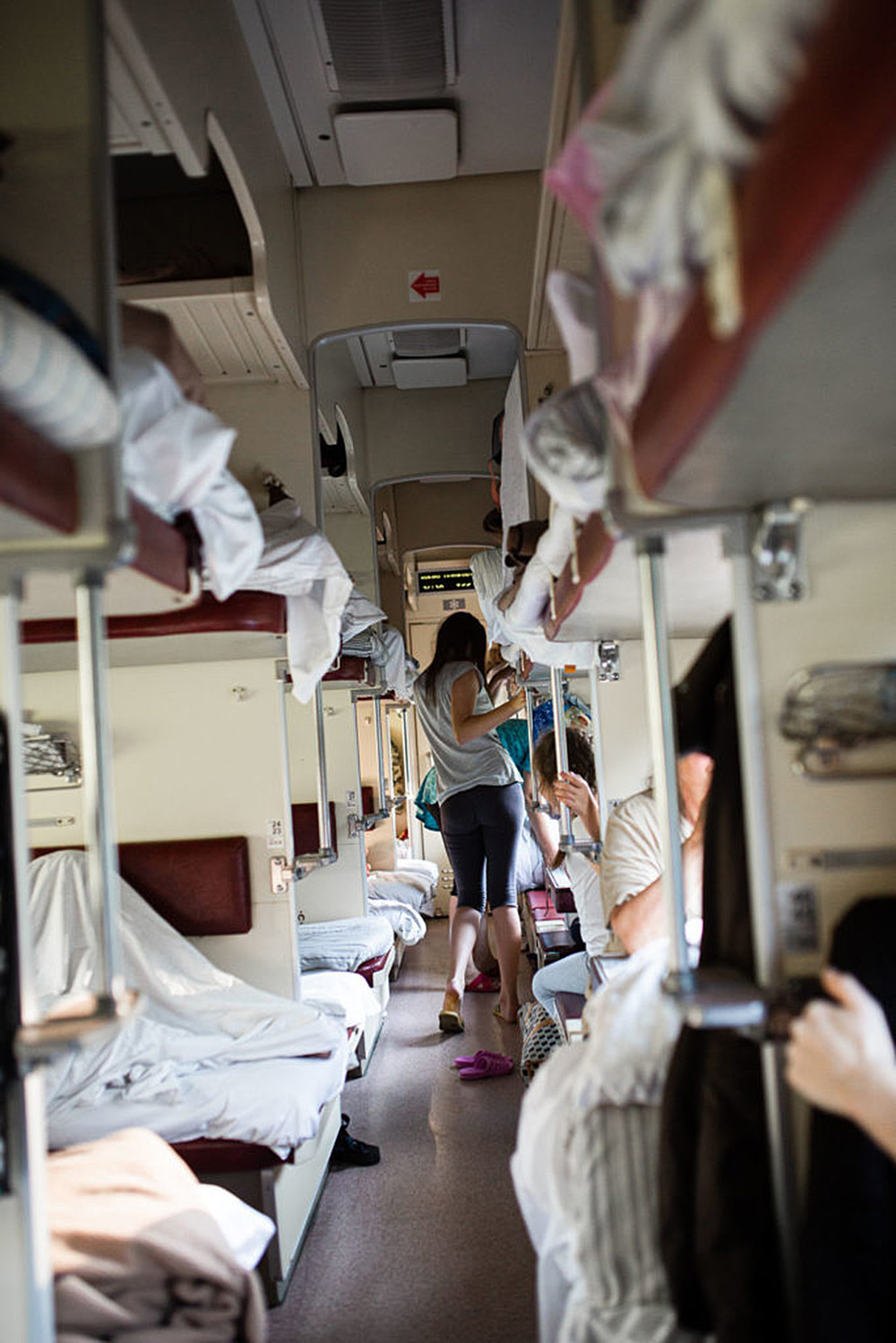 In Summer 2019, a journalist Marina Dmukhovskaya and photographer Georg Wallner went on such a  journey and have since said they would repeat it again - in a heartbeat! According to them, it never once gets boring. 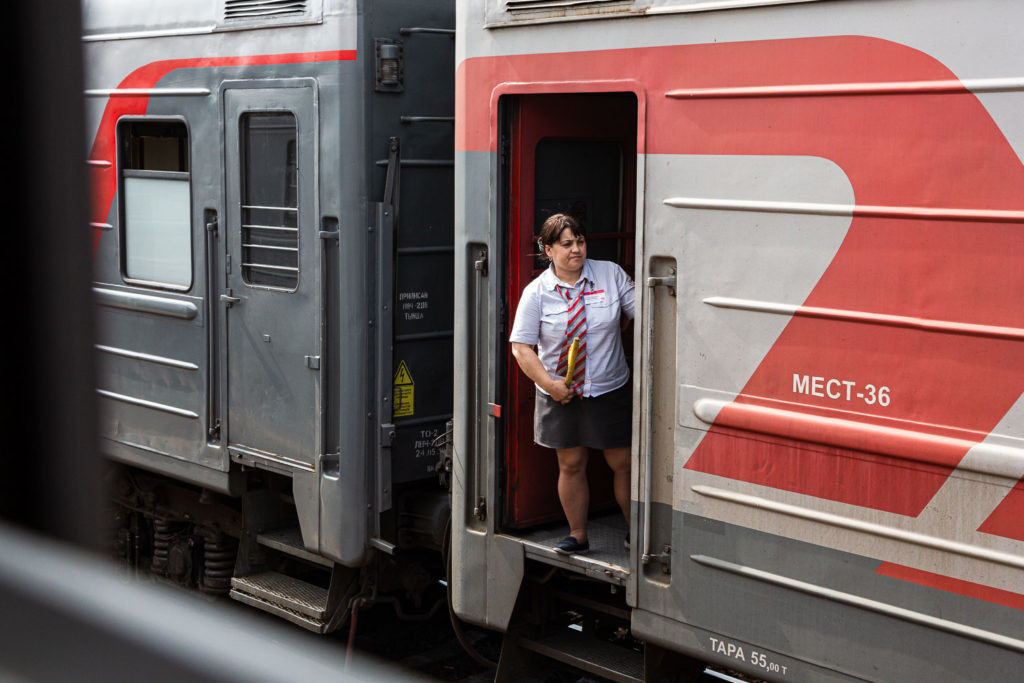 “Living on a train for multiple days, meeting people and leaving the dining cart asking ‘Same time tomorrow?’ is unlike any other kind of travel,” Marina says. 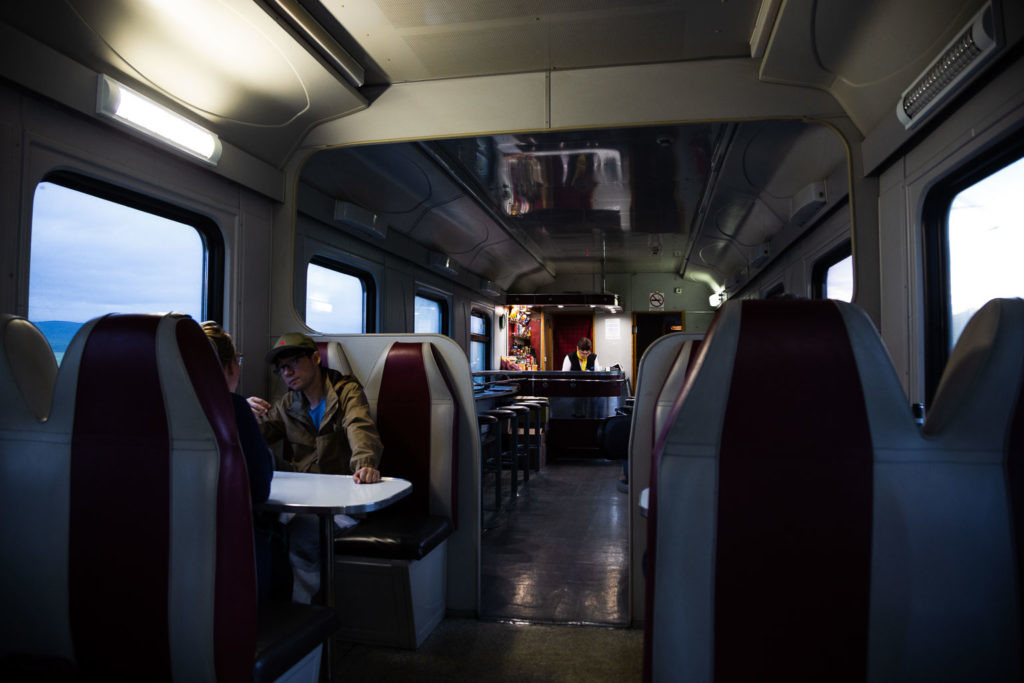 The most funny thing is traveling in a ‘platzkart’ car, where there are 54 sleeping “shelves” in an open space. 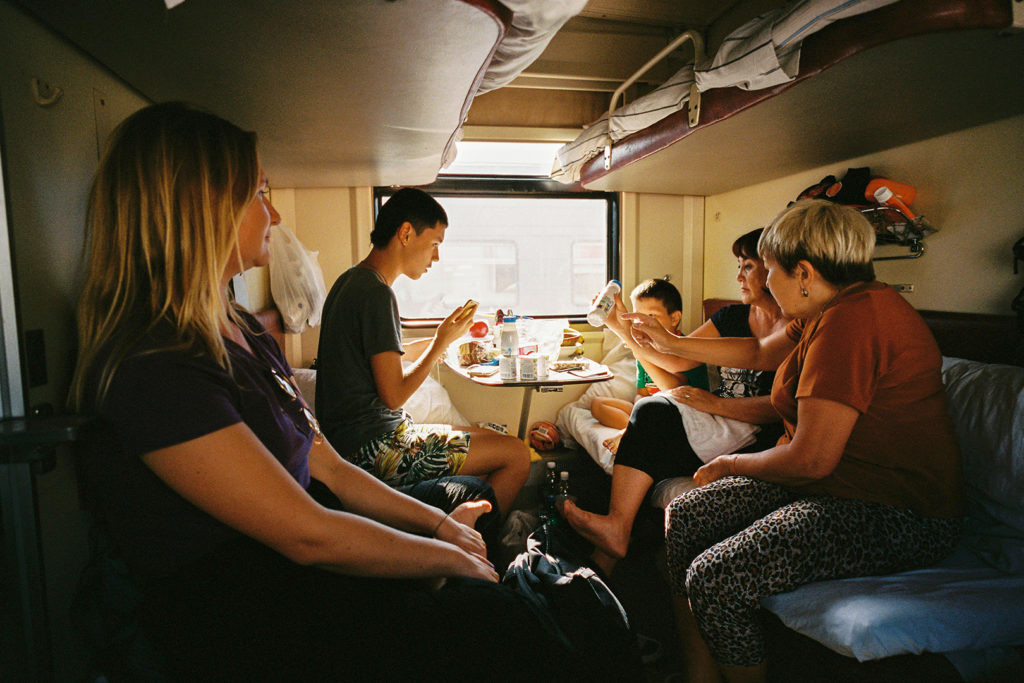 “All the smells, sounds, snorings all turn together into one little life,” Marina recalls. 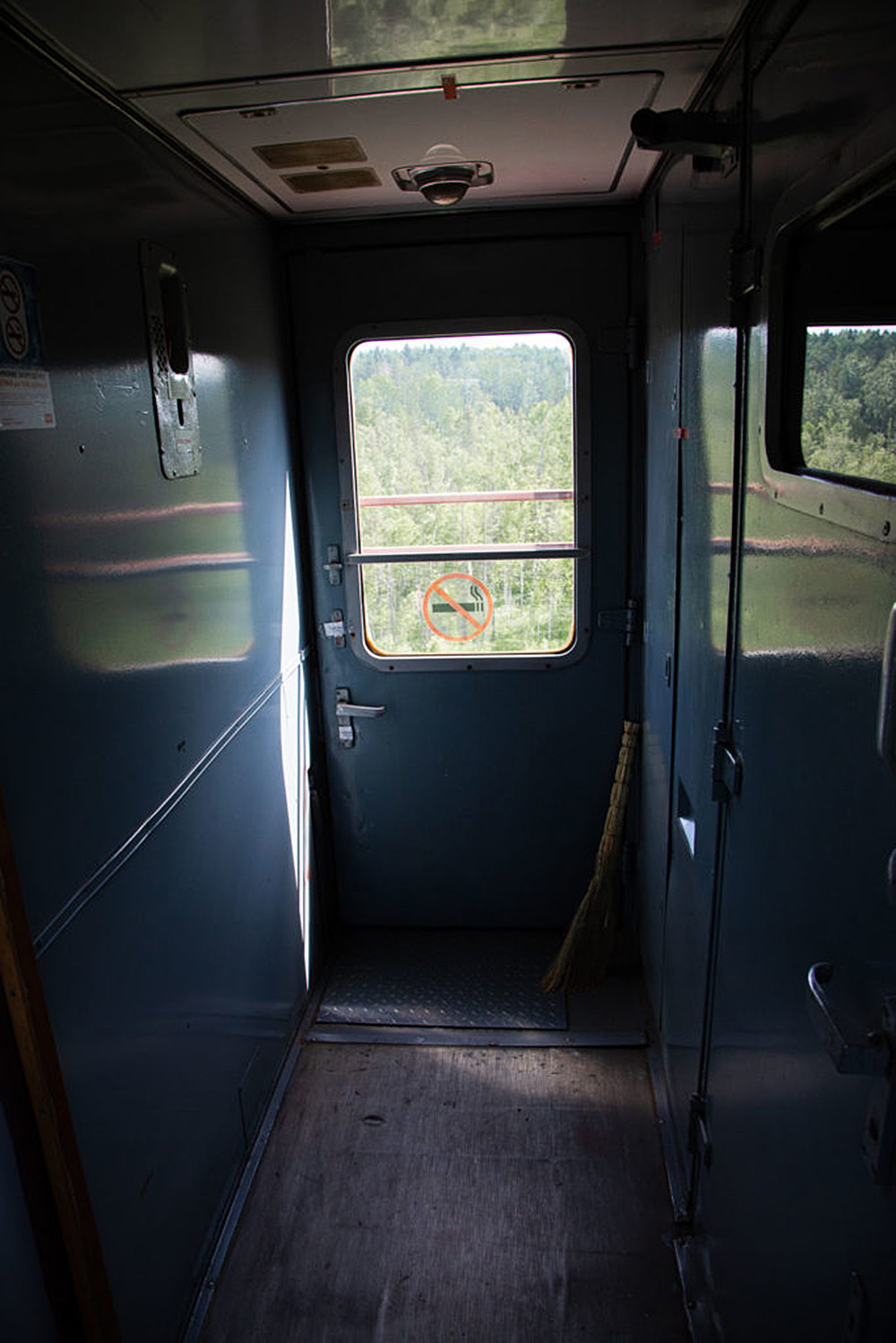 Sometimes after several days on the train, you suddenly have a 30 minute stop in a town you’ve never heard of before, and it’s the main highlight of your day. With a little luck, you might even score some smoked fish and a beer. 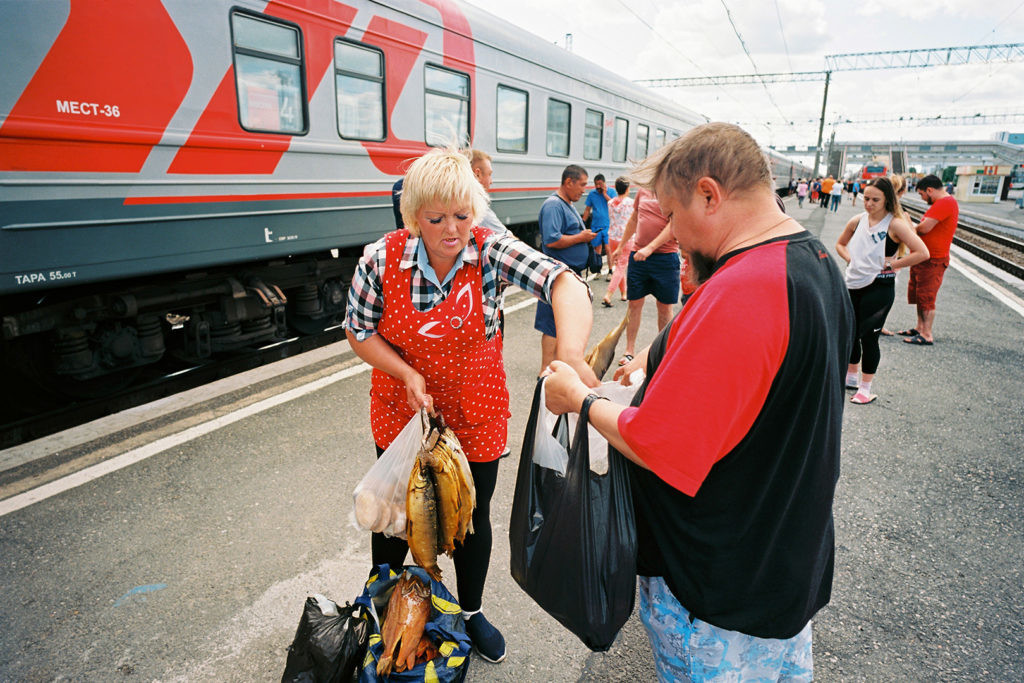 “Interestingly, at the beginning of our journey, we went to a grocery store and spent a long time choosing what food we should take for the next part of the journey,” Marina says. 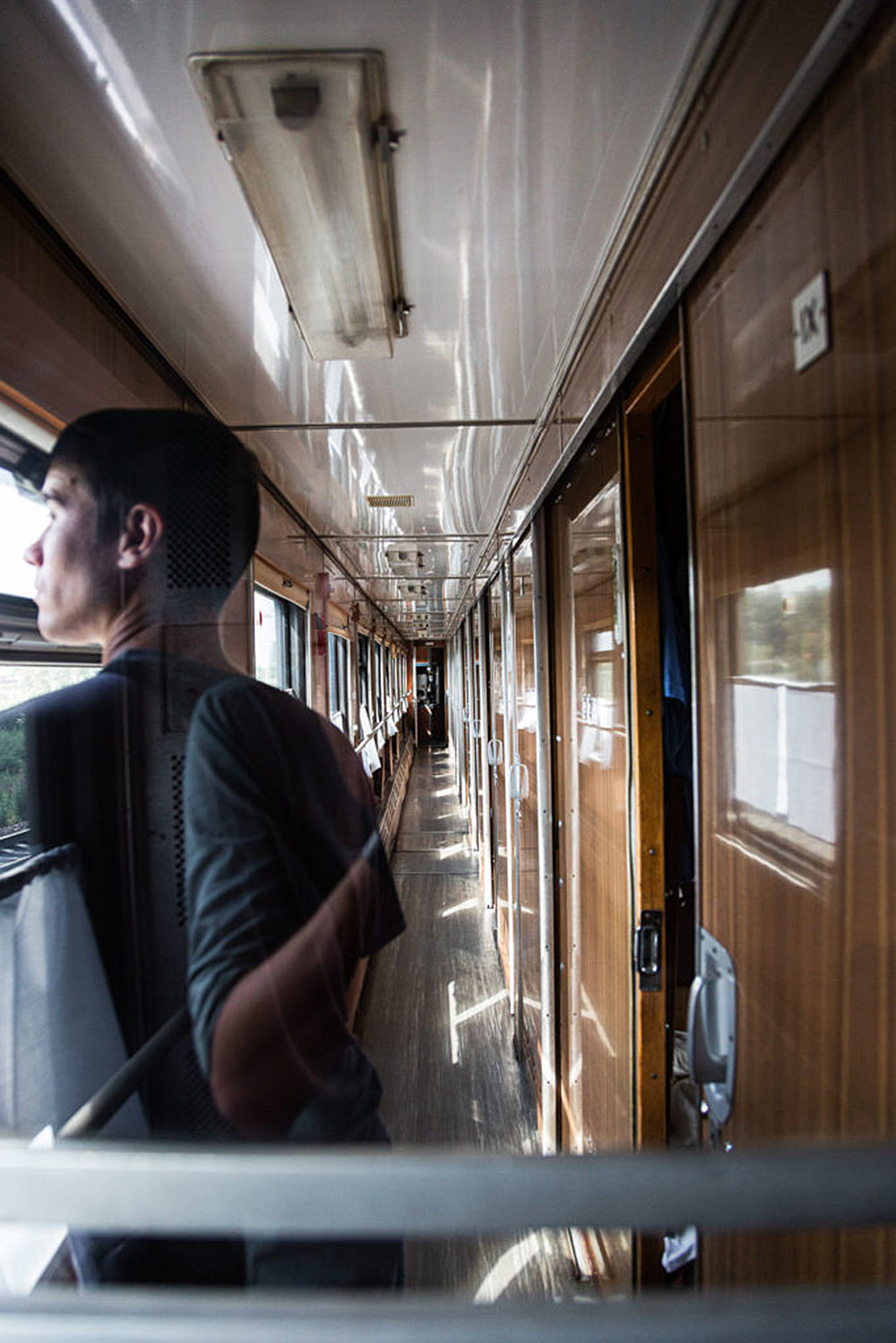 “So we automatically bought sausages, bread, crackers, dried squid, bananas, chips, apples and kvas. And the most luxurious and anticipated thing of the day was borsch and beer in the restaurant car.” 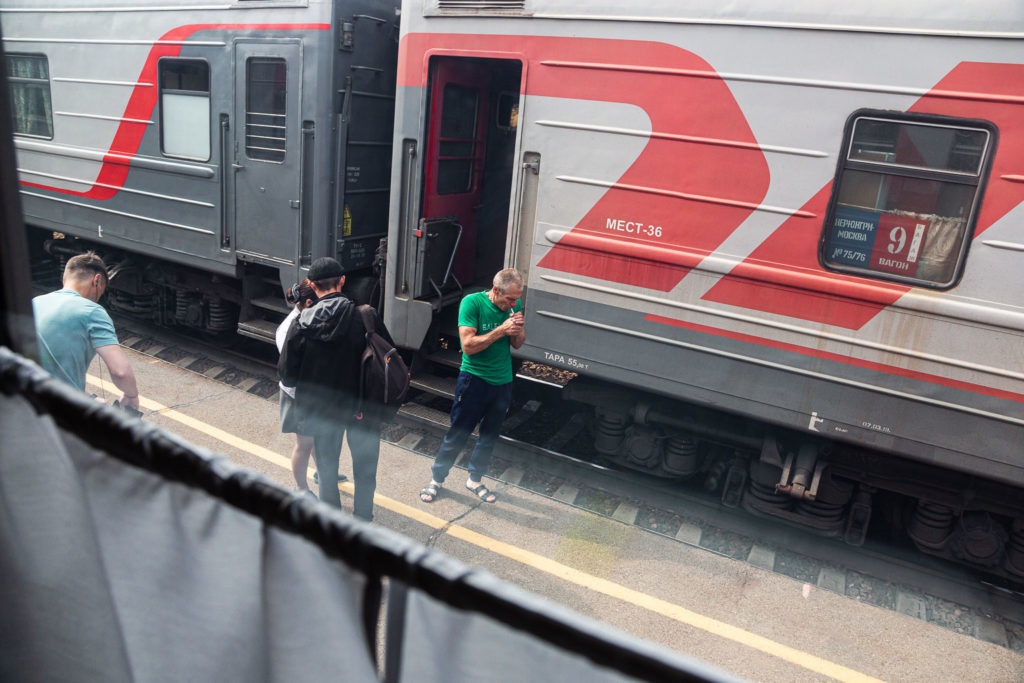 The most interesting part of the ride are the conversations with different people. Most Russians become very open and will often tell their stranger fellow travelers their whole life story, because they know they will most likely never meet again. 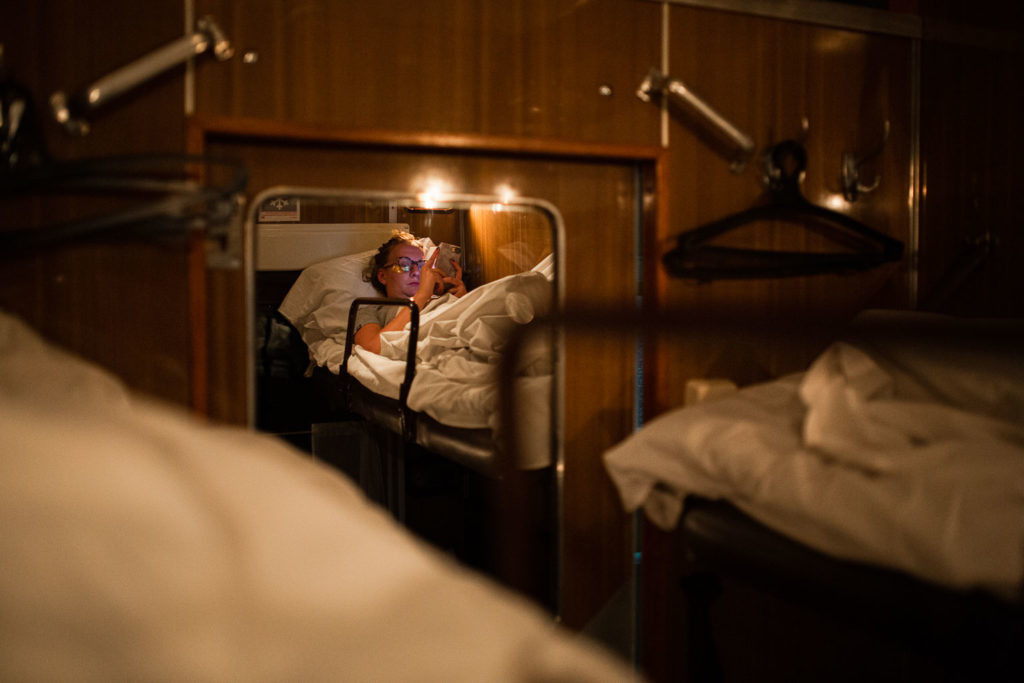 Marina created an entire project called ‘Mesto47’, writing down all those stories. She says that one of the most remarkable people she met was a female police officer. She was talking about her work in a very calm way, despite the fact her stories were absolutely shocking and awful. 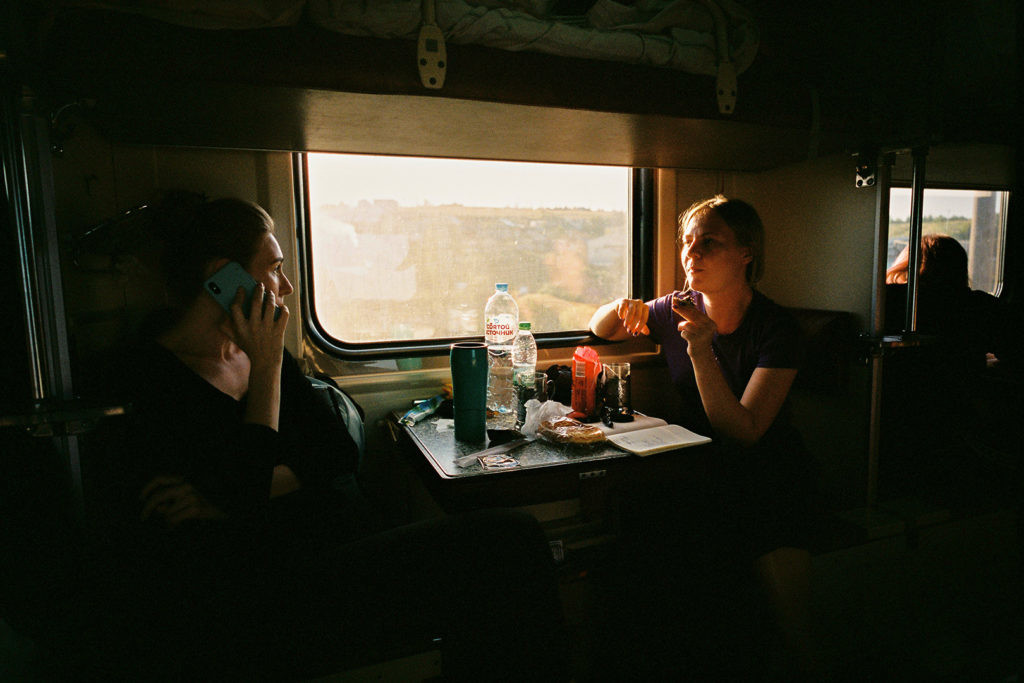 Another fellow traveler Marina recalls was a 17-year-old girl who wrote poems, including patriotic ones about Siberia. She was traveling to enroll in Irkutsk University. Marina was surprised to hear that the girl didn’t want to go to Moscow - she said she wouldn’t survive without Siberia, Baikal and the taiga. 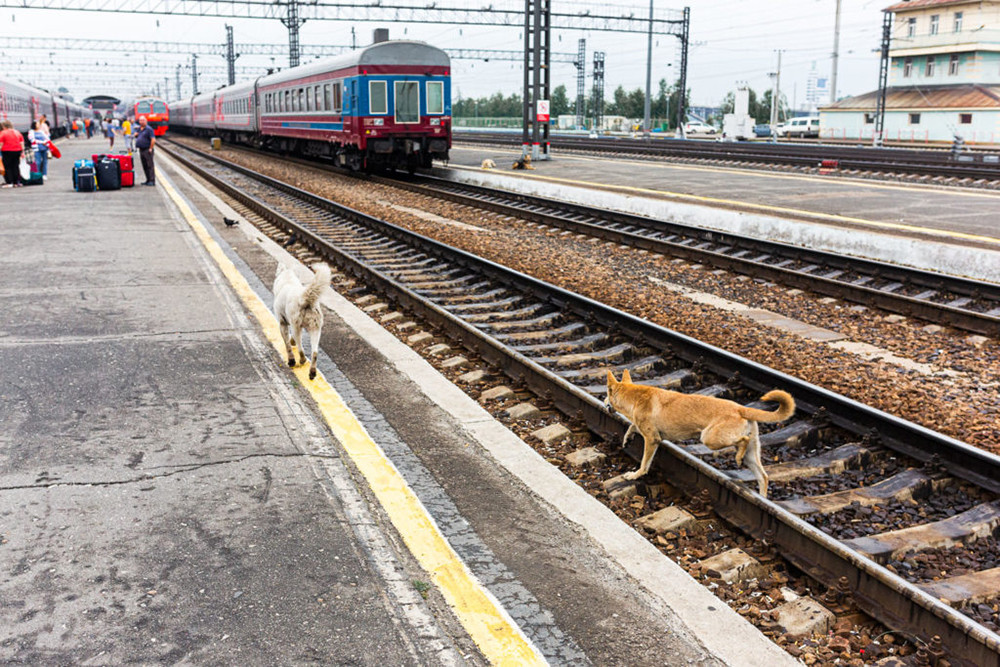 Photographer Georg Wallner says he enjoyed being disconnected during this long trip. “There’s no signal between cities, so you find other ways to keep busy. Look out the window, read a book, write a diary. For me, that’s one big distraction removed, that lets me enjoy the trip a lot more. The monotony makes every little change of routine exciting. A 45-minute stop in a small town becomes something to look forward to.” 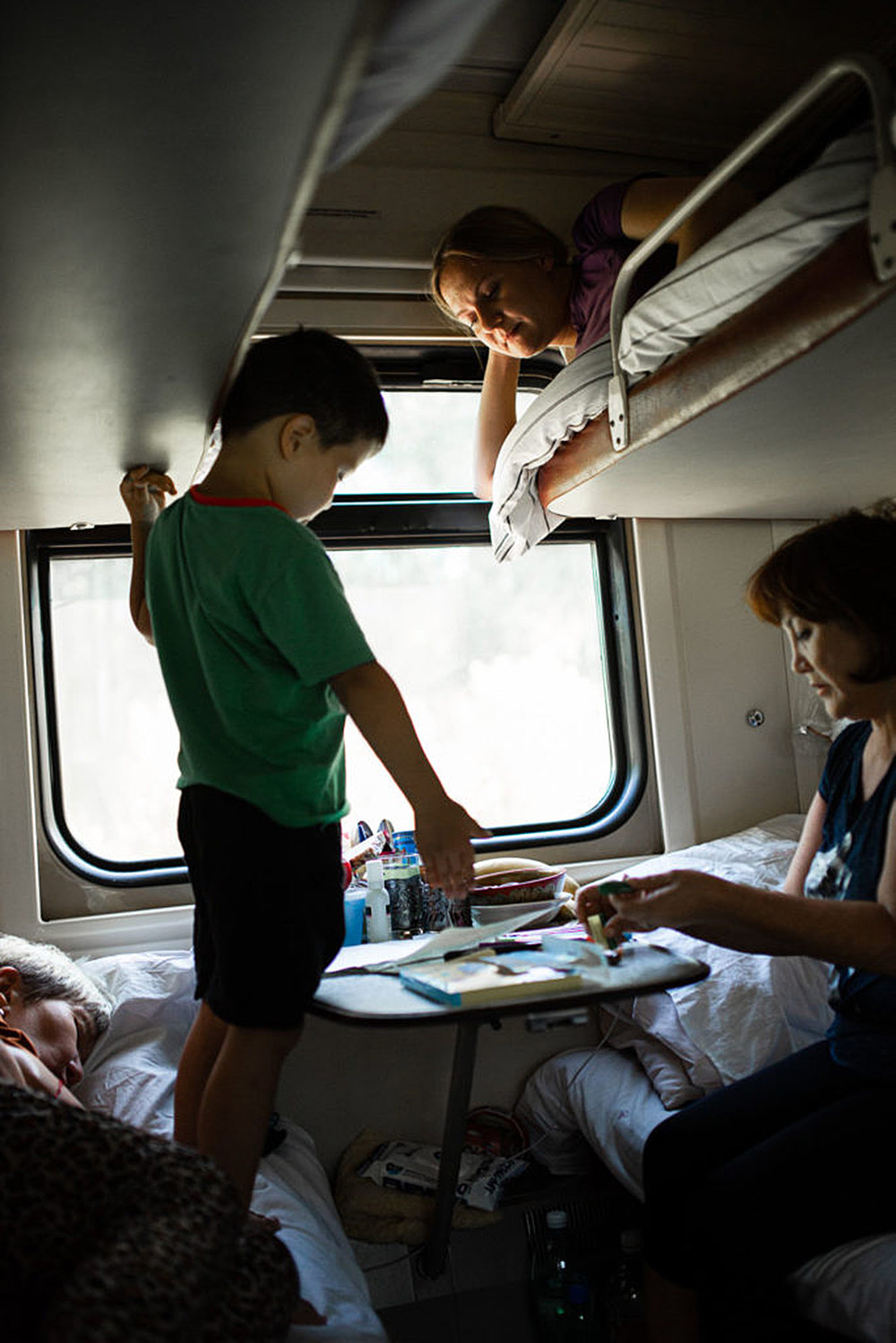 Marina Dmukhovskaya, at the same time, was amazed at how diverse Russia is. And not only in terms of the landscapes changing from region to region. “I saw how friendly people were, breaking the stereotypes that foreigners have about Russians being rather reserved and cold. And how curious they were about the outside world. When they saw that Georg was a foreigner, there was an immediate interest, and they wanted to establish some contact, despite not speaking the language. I would do the whole trip all over again. Maybe next time in winter, to see different views and the frozen surface of lake Baikal!" 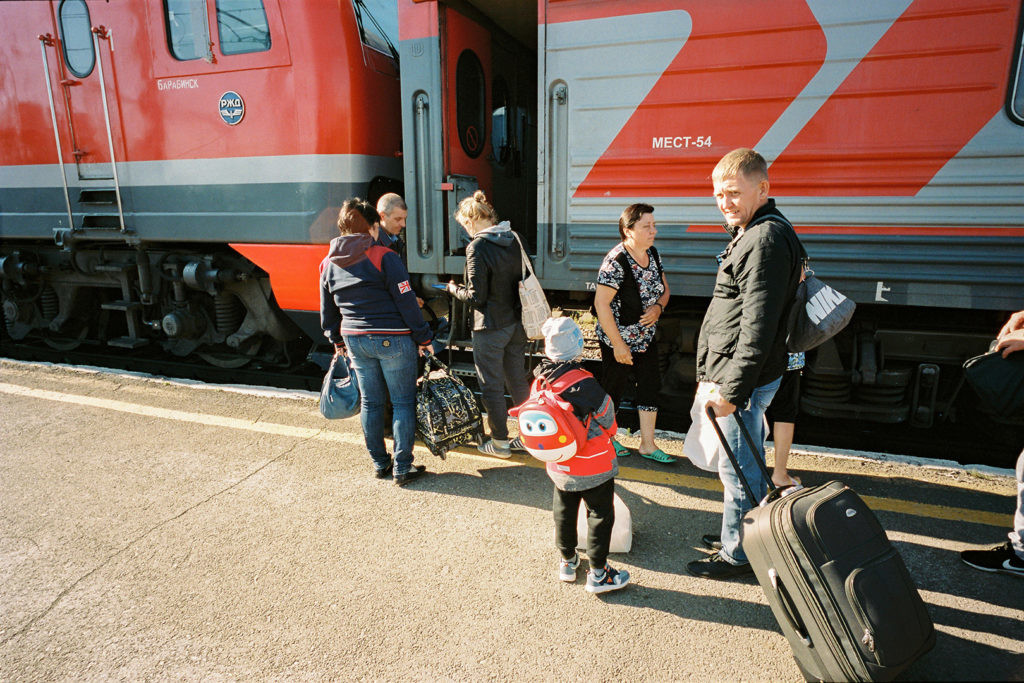 Check out the Mesto47 podcast with audio versions of the human stories encountered along the 9,288 km Trans-Siberian journey. Also available on Apple podcasts or wherever you get your podcasts.