How did opponents view Russian soldiers on the battlefield? 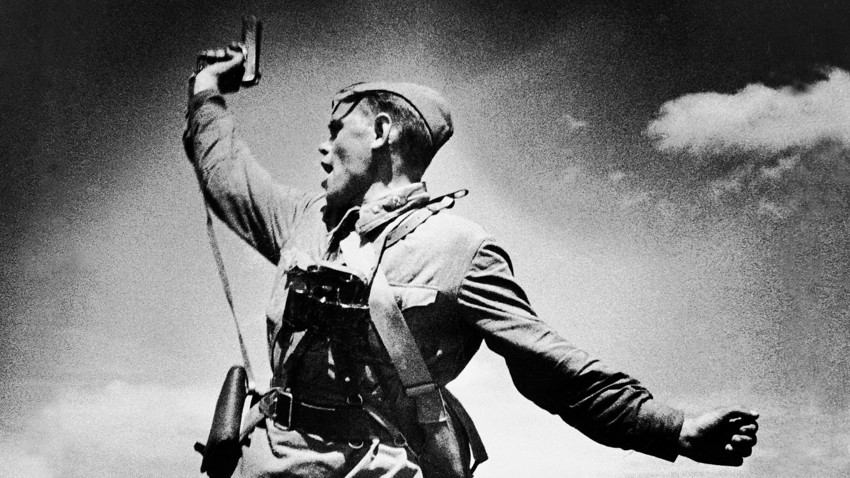 Max Alpert/RIA Novosti
War is hell, but men usually appreciate a good fight, and soldiers can earn the respect of their opponent. From Napoleon’s invasion of Russia to World War II, we’ve collected reminisces of Russia’s enemies who payed tribute to the men they fought.

We’ve already published a list of countries that Russia fought most often. Now it’s time to see what enemy soldiers and officers thought about their Russian adversaries. 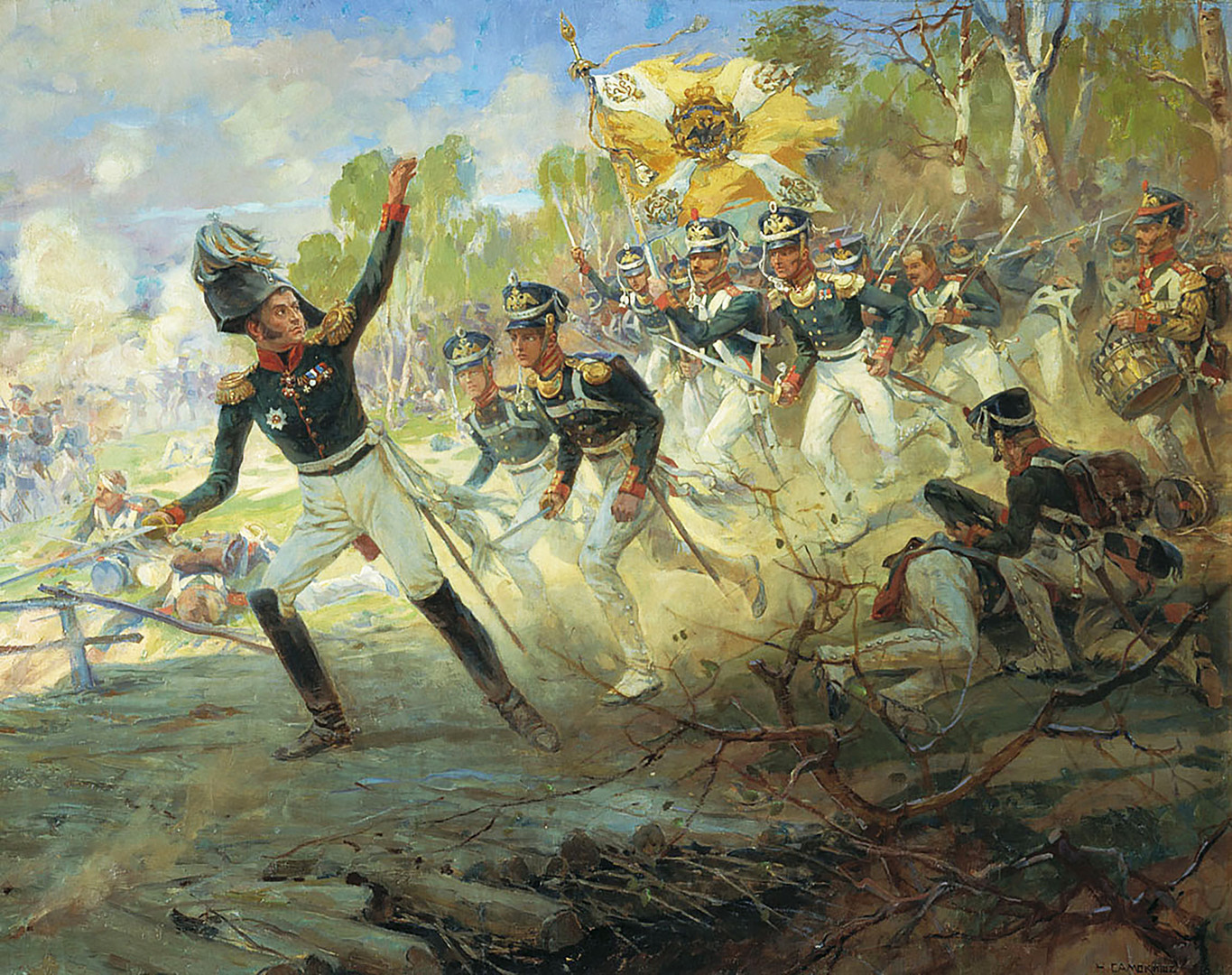 "Until World War II, Russia’s stunning triumph over Napoleon’s invading army was the most significant victory the country had ever seen."

Until World War II, Russia’s stunning triumph over Napoleon’s invading army was the most significant victory the country had ever seen. Despite Napoleon’s capture of Moscow, the Russians eventually were able to force the French army into a disastrous retreat that put an end to the campaign and the Napoleonic Empire.

In his novel War and Peace, Leo Tolstoy provided a vivid description of a Russian solder’s life, but, interestingly enough, the bravery of Russian soldiers was also appreciated by the French leader.

“The most formidable army cannot successfully wage a war against an entire nation that has decided to vanquish or die […] The entire population, composed of ethnic Russians, left their homes at our approach. On our way, we met only abandoned or burnt villages. The fleeing inhabitants formed gangs that acted against our foragers. They never bothered the troops themselves, but instead pounced on all marauders and stragglers.”

From 1853 to 1856, Russia was pitted against the military alliance of France, Britain, and the Ottoman Empire. While Russia eventually lost, the bravery of its soldiers was well documented by the opposing alliance.

Roger Fenton, one of the first war photographers

“The country is more thickly studded with tents every day, and every day the preparations of the Russians to resist the army when it begins its march are becoming more complete […] Russian officers we could see standing on the parapet braving the fire & pointing to their men where to aim there [sic] guns. […] The first onset of the French evidently failed, their fire diminished, then it revived again, & thro’ the smoke a flag was unfurled on the top of the Malakhof & we all cried out, “they are in at last now for the Redan,” but we were soon undeceived, the flag was hoisted by the Russians either as a defiance, or more probably to let their own batteries know that they were still in possession & to prevent them firing into it.”

The Russo-Japanese War (1904-1905) was the first time in history when a European power was defeated by a non-European country. For Russia, the war with Japan marked the beginning of the decay that eventually resulted in the Empire’s collapse. The war, however, also gave birth to an almost surreal legend about a Russian private, Vasiliy Ryabov.

The story has it that Ryabov was drafted into a Russian regiment stationed in Manchuria. The private was a local celebrity among Russia soldiers because he could very well mimic Chinese and Japanese soldiers for no other reason but for fun.

While on a raid one day, Ryabov, impersonating a Chinese peasant, was captured, interrogated, and executed by the enemy.

The story could have ended there, but a Japanese captain interrogating Private Ryabov was so impressed by the man’s chi that he drafted a note to the Russian commanders and delivered it to the other side of the front line:

“Our army cannot but express our sincere wishes of the respected army, so that the latter would bring up more such soldiers worthy of respect. Sympathy for this truly brave and exemplary soldier, full of a sense of duty, has reached the highest limit.” 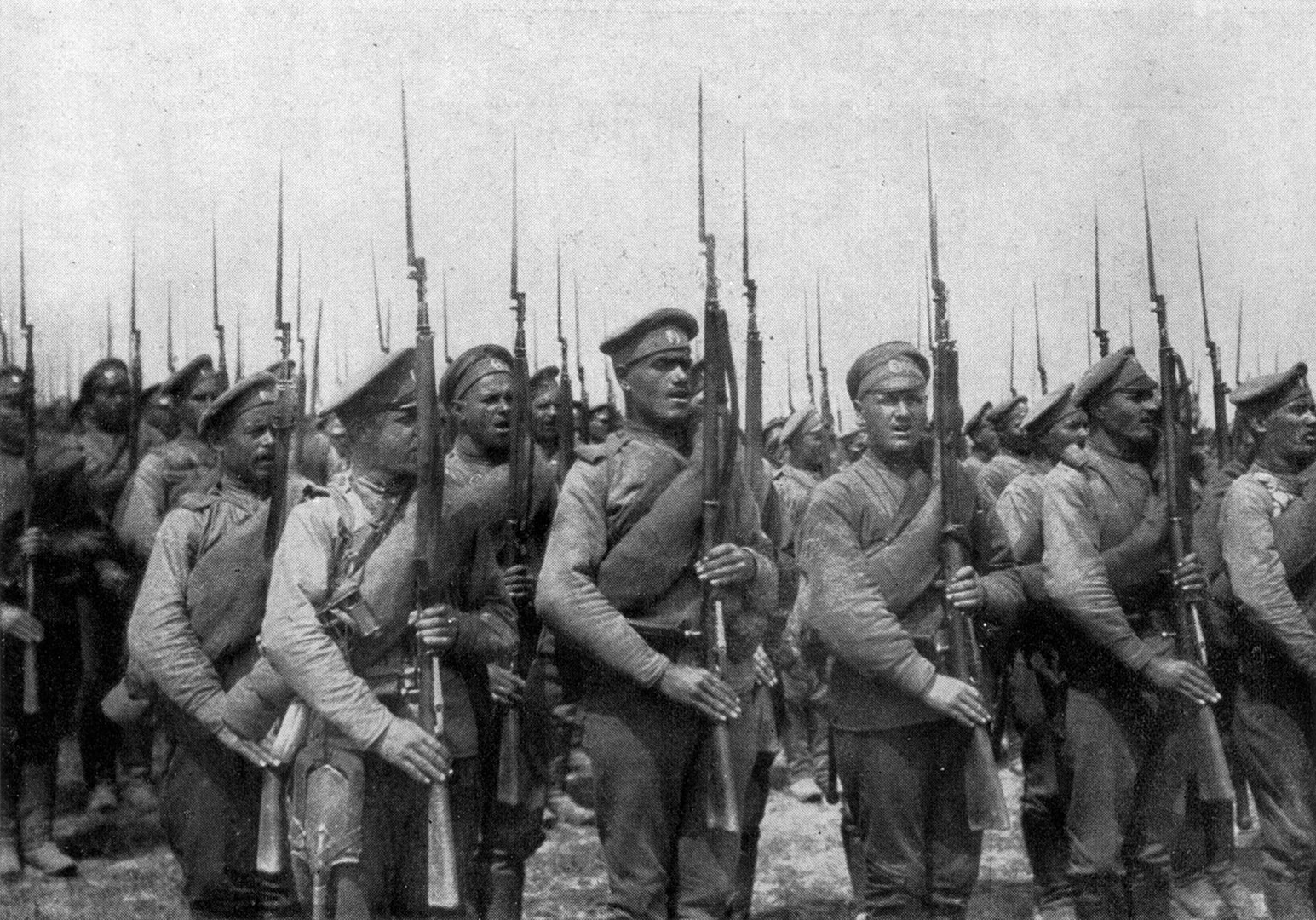 "World War I proved the toughest test for Russian soldiers because their battle in the trenches was aggravated by revolution on the homefront."

Russia fought in World War I, together with France and Great Britain, against the Central Powers of Germany and Austria-Hungary. World War I proved the toughest test for Russian soldiers because their battle in the trenches was aggravated by revolution on the homefront. Despite the low morale and widespread desertion, some Russian soldiers went down in history as recklessly brave.

“The Russians often attacked our machine guns and artillery, even when their attack was doomed to failure. They paid no attention to the strength of our fire, nor to their losses […] The Russian command, however, did not always use this considerable advantage.”

“The Imperial Russian Army was stubborn and tenacious in defense, and they were masters at building defensive positions with great speed. The Russian soldier showed great skill in night operations and in forest fighting, and he preferred hand-to-hand combat. His physical needs were slight and his ability to stand up to punishment unshaken were truly astounding.”

The Soviet Union suffered colossal losses in World War II, but emerged victorious. Even today, Russians remember the victory as the nation’s greatest achievement because they resisted the Nazi occupiers with fervor, and with courageous disregard for their own lives. This intense desire for victory was appreciated by the enemy.

“From the very beginning, the Russians proved themselves first-class warriors. Our successes in the first months of the war can be explained by better training. Having gained combat experience, the Russians became first-class soldiers, and they fought with exceptional perseverance and had astounding endurance.”

German General, chief of the Oberkommando des Heeres staff from 1938 to 1942, Franz Halder

“It seems the enemy, on the initiative of the new command, and also, perhaps under the influence of England, makes every effort to hold the frontline and not allow us to move further east. Russian troops are fighting, as before, with the greatest tenacity and severity.”