6 Russian capitals: How the country’s heart changed through the ages 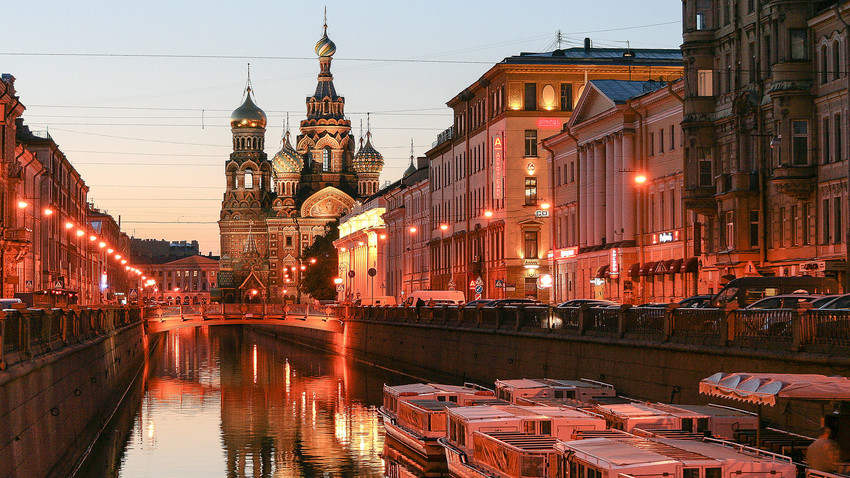 Church of the Savior on Spilled Blood in Saint-Petersburg.

Getty Images
Everybody knows Moscow is now the capital of Russia, but not many know about the other places that once reigned supreme over the land. Here they are.

This place is now a village, but the settlement in the Leningrad region was once the capital of Russia. It didn’t enjoy its lofty status for long though - only two years in fact, from 862 to 864. 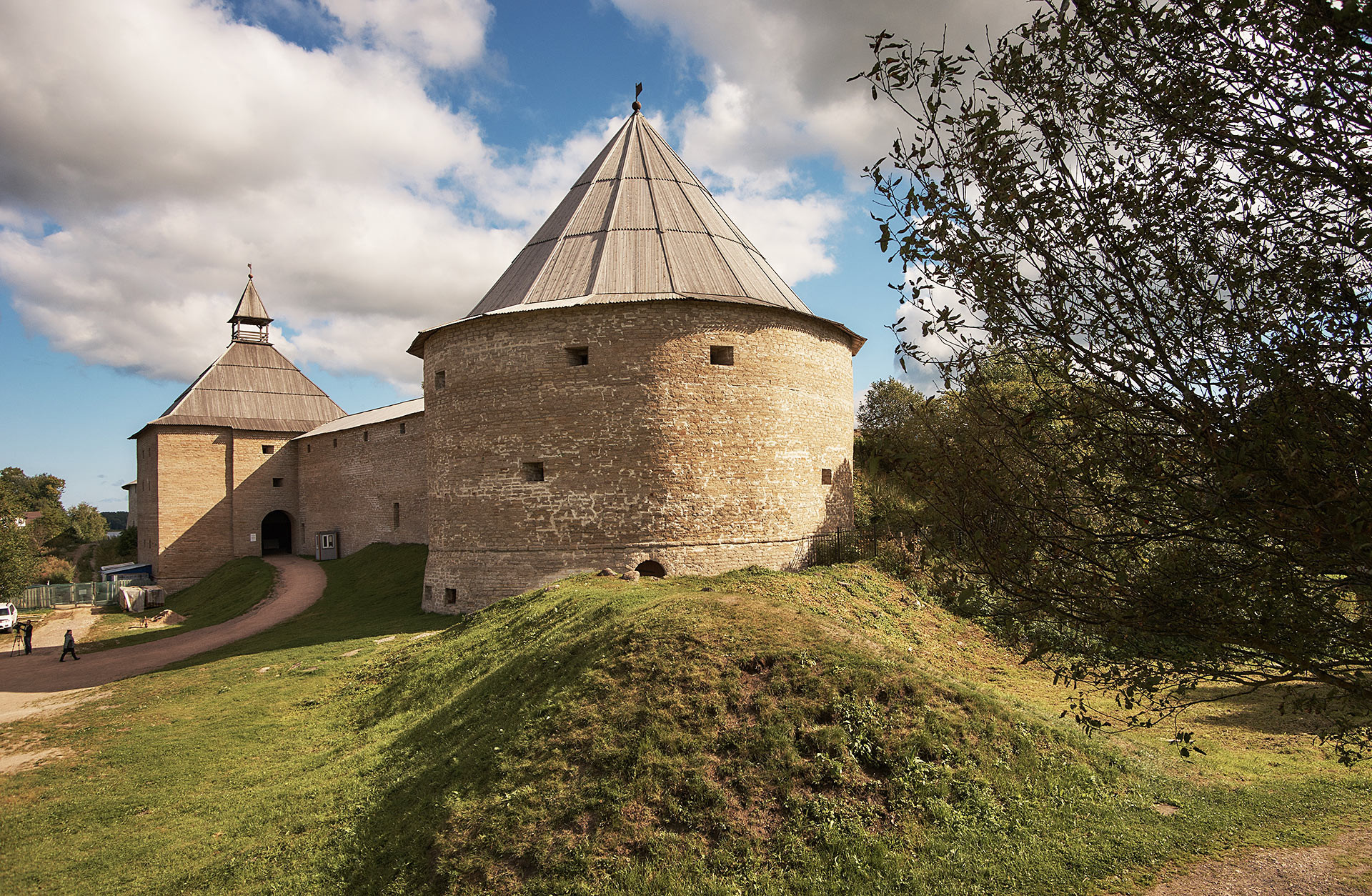 The Gate Tower, left, and the Kliment Tower of the Staraya Ladoga Fortress in the village of Staraya Ladoga, the Leningrad Region.

According to ancient chronicles, in 862 legendary Varangian (Scandinavian) leader Rurik came to Ladoga. Most people believe this is the year the Russian state was formed, as Rurik was the first known ruler of Rus’. According to legend, he was asked to top the Slavic tribes because “there was no order among them.”

Ladoga was an important stop off on the famous Varangian trade route that stretched all the way to Constantinople. Peter the Great later established a new settlement with the same name and Ladoga turned into Staraya (old) Ladoga.

Novgorod (Novgorod the Great) is another important place on the same trade route. Some accounts claim Rurik came here after Ladoga, others say he arrived straight from Scandinavia. 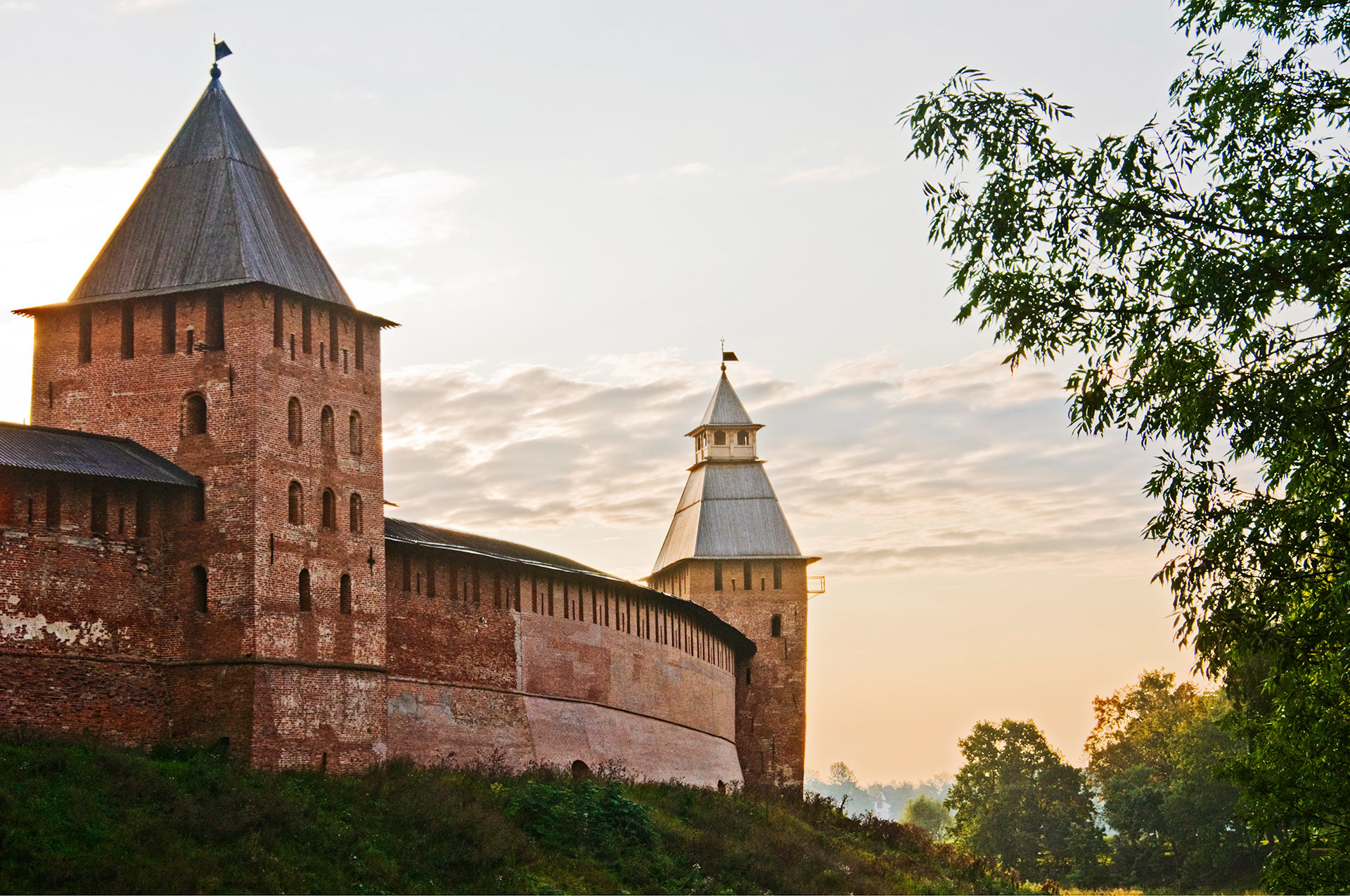 Walls and tower of the Kremlin, which was rebuilt with bricks during the 14th century. Veliky Novgorod, Russia.

Novgorod was the heart of the embryonic Russian state for a couple decades until 882. Rurik’s successor, Oleg, ruled as a prince in the city from 879. According to some chronicles, he was Rurik’s relative who took over the kingdom after his death.

Oleg is credited for moving the capital of Rus’ from Novgorod to Kiev in an effort to expand the kingdom in 882. Kiev was also situated along the Varangian trade route, and as Oleg traveled down the Dnepr River he imposed his rule on the tribes living along its banks. Two other Scandinavian princes were ruling Kiev at the time, but he coaxed them out of the city and killed them. 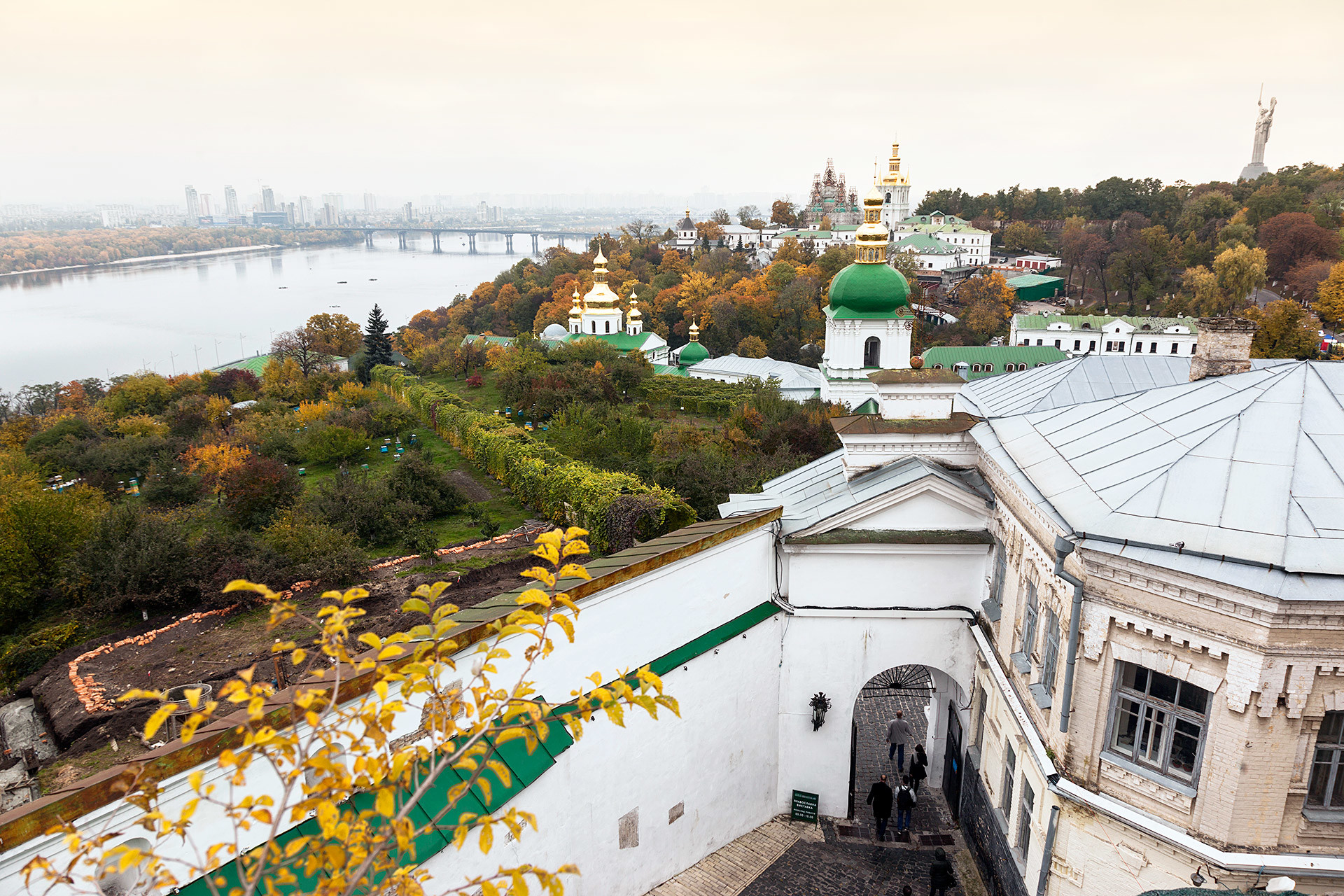 Oleg made Kiev his capital, thus uniting the two most powerful centers of the ancient state. As a result, some consider him the true founder of ancient Rus’. The city became the political and economic center of the country that was later named Kievan Rus’. From the rule of Prince Vladimir (who adopted Christianity in the late 10th Kiev was transformed in a religious stronghold.

The significance of Kiev started to diminish around the middle of the 12th century. Prince Yuri Dolgorukiy (Long-Armed) from the city of Suzdal vied for the Great Prince of Kiev title throughout all his life but ruled there only for a few years. At the same time his son, Andrei Bogolubsky, when he managed to capture the city, he barbarically plundered it and left it. 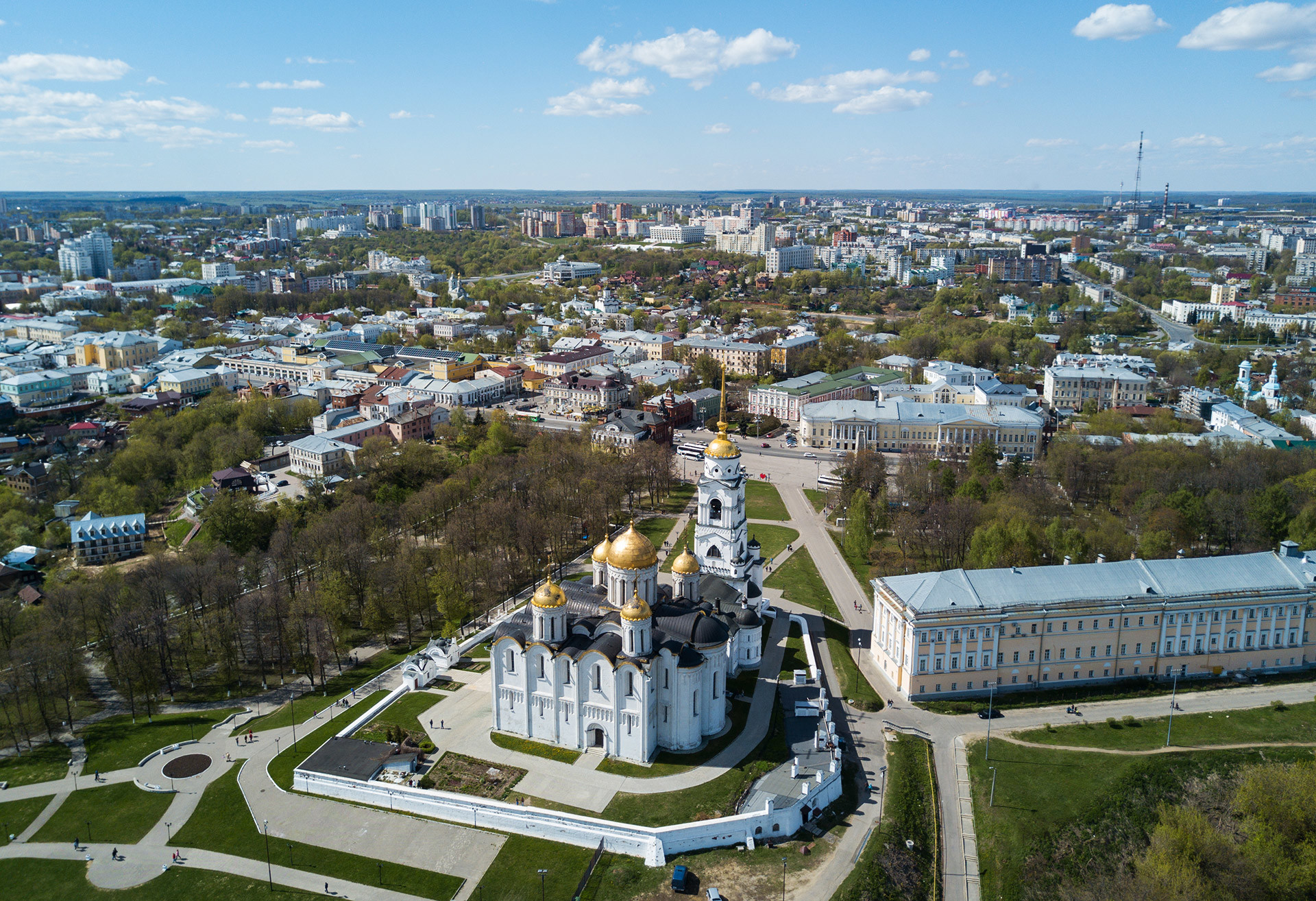 The Dormition Cathedral in Vladimir.

He chose not to move his residence there. He stayed in the north in the city of Vladimir - the new heart of Rus’. Kiev was further weakened when the Mongols invaded in the 13th century. They conquered Russian principalities and recognized a superior position of Vladimir among other Russian cities.

Moscow’s rise from a small town established by Yuri Dolgorukiy in the Suzdal-Vladimir principality to the main Russian city took 200 years. From the late 13th century Moscow’s princes began to expand the principality’s territory. They reclaimed the title of Grand Duke of Vladimir from the Mongols to further strengthen their grip on the country. 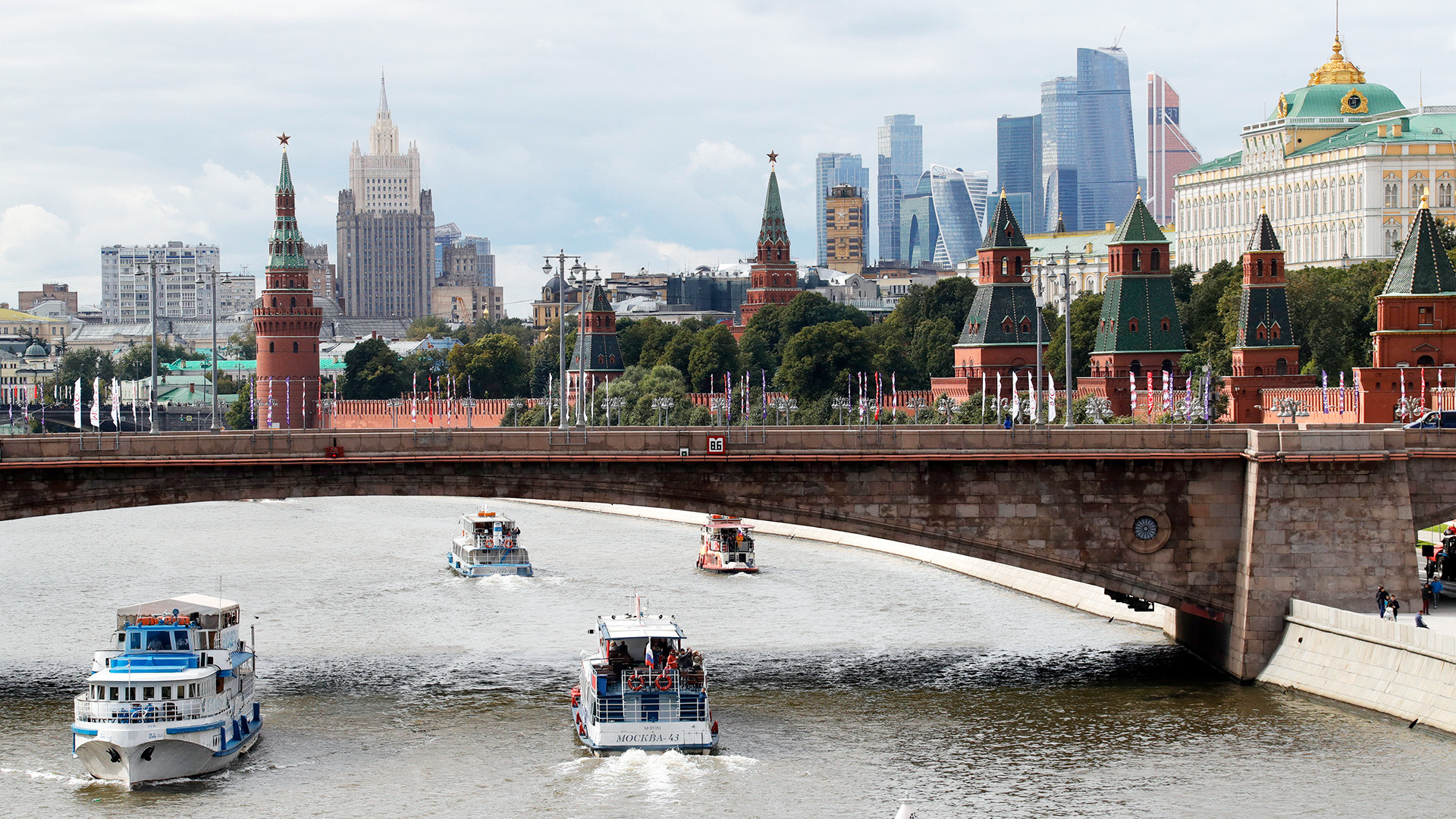 Pleasure boats making their way along the Moskva River.

The ruler of Moscow at the time - Dmitry of the Don - made the Grand Duke title a hereditary possession of Moscow’s princes in 1380. Since then Moscow became an uncontested center of the Russian territory. In the middle of the 16th century, Ivan the Terrible declared himself a tsar and Moscow turned into the capital of the Russian .

Peter the Great decided to move the capital from Moscow to St. Petersburg in 1712 a few years before the Russian Empire was established. 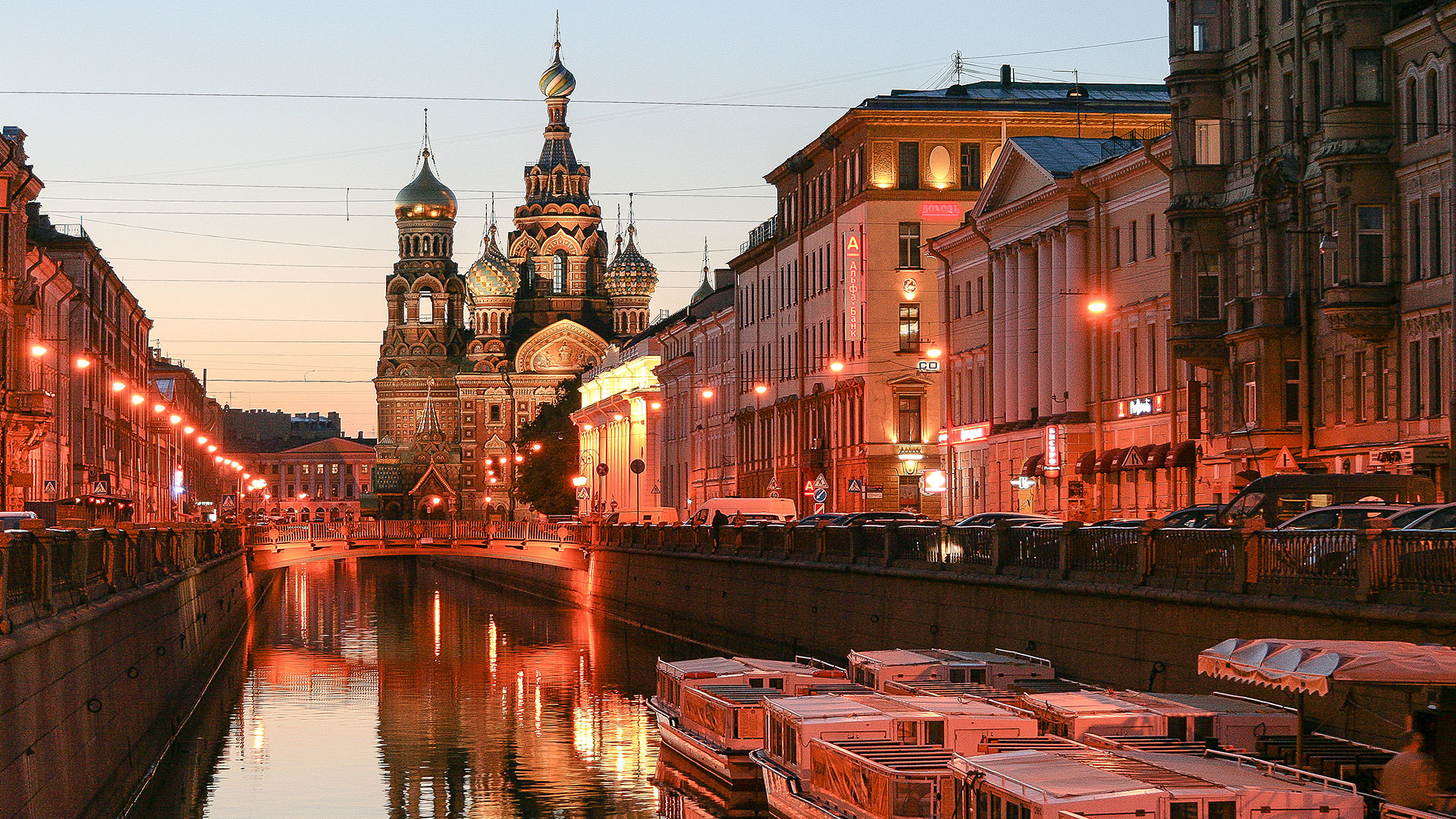 Church of the Savior on Spilled Blood in Saint-Petersburg.

Petersburg remained the capital until the Empire’s demise following the 1917 Revolution. The Bolsheviks moved the capital back to Moscow in 1918 fearing invasion. Next year marks 100 years since the city was finally baptized the center of Russia.