How an American swimmer melted the ice of the Cold War 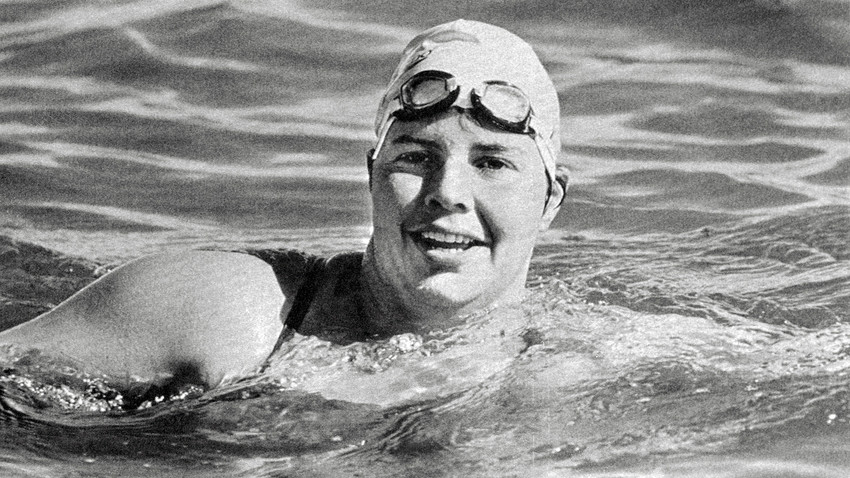 Lynne Cox, 30, succeeded in swimming across the 2.7 mile Bering Strait.

Getty Images
30 years ago, Lynne Cox convinced Mikhail Gorbachev to let her swim across the Bering Strait between the U.S. and the USSR. In doing so, she demonstrated to both superpowers how close their people really were, and helped to thaw Cold War relations.

In 1987, 30-year-old Lynne Cox almost froze to death swimming across the Bering Strait from the U.S. to the USSR. Her goal, in addition to making athletic history, was to acquaint herself with the Soviet society she had been taught to fear. Not only was she the first person to accomplish this daring feat, she succeeded in bringing the Soviets and Americans closer together.

In the remote region that separates Russia’s from Alaska, the division between two small islands was a stark reminder of Cold War animosity. In the middle of the Bering Strait, the 2.7 miles between the Diomede Islands - Soviet Big Diomede and Alaska’s Little Diomede - were coined the “ice curtain.” To this day, it’s the only border Russia shares with the U.S. It overlaps with the International Date Line so that the difference between these two countries is literally night and day. 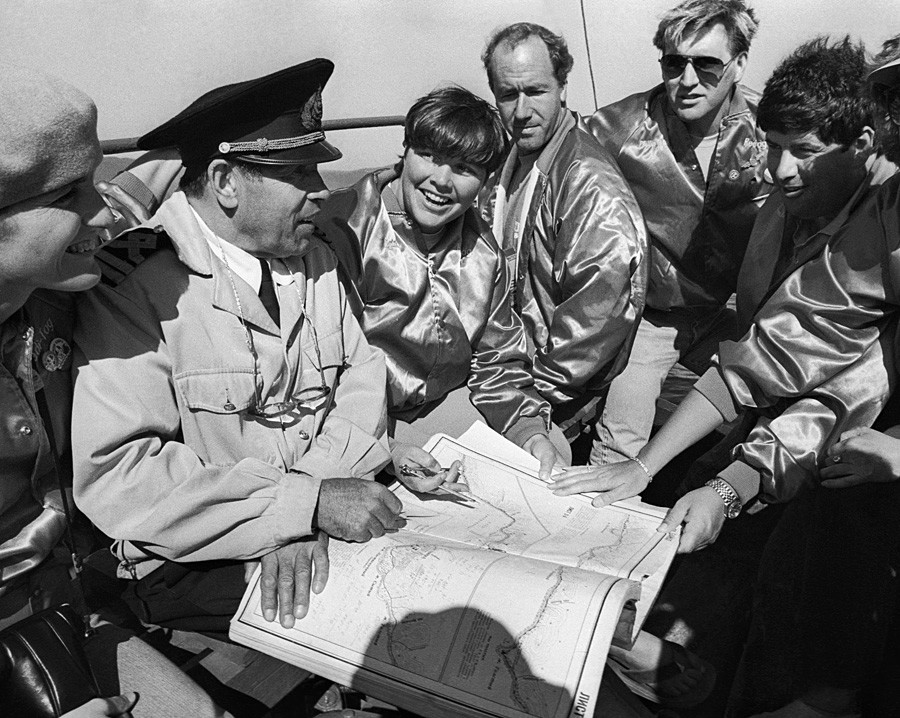 American swimmer Lynne Cox before a one-hour swimming from the Tolsty Cape to the Listvyanka village across the mouth of the Angara River.

For more than 40 years, no citizens from either country were permitted to step onto the rocky shores of Big Diomede. Before a shift in Soviet and U.S. policy in 1948, indigenous Inupiat tribes had been hunting, fishing, and moving between these islands for thousands of years. But as Cold War tensions rose, native people were stripped of their lands, traditions, and the friendships they had made across the border. In fact, Lynne and her entourage, (a medical support team, two native guides, and a small group of journalists), were the first Americans allowed on Big Diomede since 1948. But first, Lynne had to receive special permission from the Soviet government. Over the course of 11 years, she wrote to four different Soviet leaders: Leonid Brezhnev, Yuri Andropov, Konstantin Chernenko, and Mikhail Gorbachev. Her only response came from the latter just two days before she attempted the swim - “the most significant experience of her life.”

Lynne was already an extremely accomplished swimmer: At the age of 14 she swam across the Catalina Channel, and at 15 and 16 she made swims across the English Channel. She also became the first woman to cross the Cook Strait, the Straits of Magellan, and the first person to swim around the Cape of Good Hope. Nevertheless, Lynne said that the water of the Bering Strait was colder than anything she had experienced before.

On Aug. 7, Lynne jumped into the icy water off Alaska’s Little Diomede and swam towards the Soviet border. She recalled, in an op-ed for the Washington Post, how excited and afraid she was as she plunged into the water.  She was at constant risk of catching hypothermia, and there was even a possibility that she might so a team of doctors watched over her from a support boat. Lynne swam for two hours and five minutes as her hands turned grey and her limbs stiffened.

When she finally reached the shore, she was met by a handful of Russians including regional government officials, members of the KGB, and Soviet Olympic athletes. They greeted her warmly, lifting her up from the water and wrapping her in blankets. A picnic had been prepared on the beach with samovars of tea and biscuits. But Lynne’s body temperature was dropping rapidly. The Soviets led her to a tent where their doctor, Rita Zakharova, covered her with hot water bottles and a sleeping bag. Then, remarkably, the doctor herself embraced Lynne to warm her. “To have this human contact,” said Lynne in an interview with the BBC, “after so many years growing up afraid of the Soviets - and here was this person basically warming me up to get me back to life again.”

As a special surprise, the Soviets invited Inupiat natives to the gathering where they sang folk songs as Lynne recovered.

A treaty of friendship 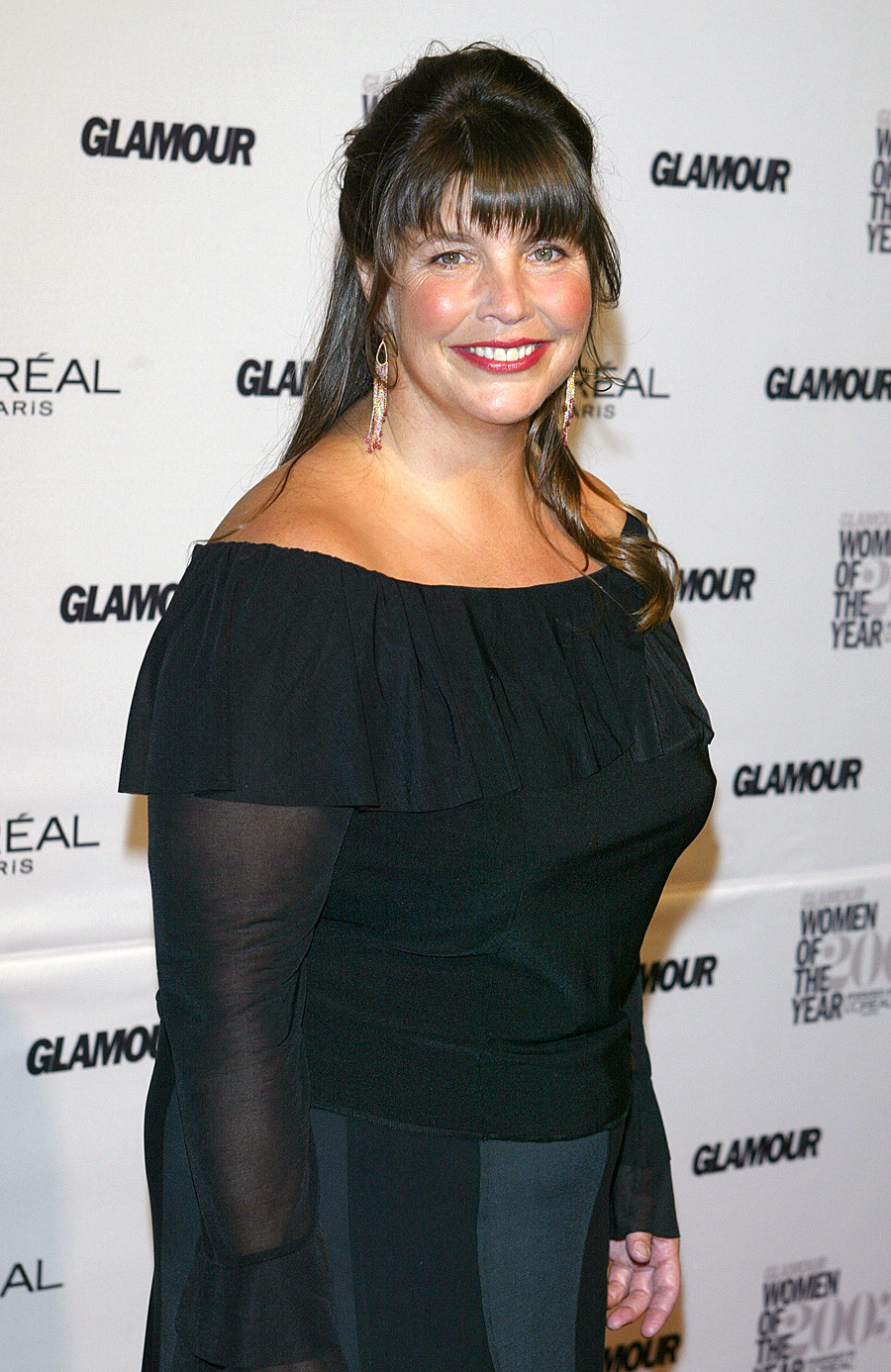 World-renowned Swimmer Lynne Cox arrives at the 2003 Glamour "Women of the Year" Awards at the American Museum of Natural History, Nov. 10, 2003 in New York City.

Four months after her historic feat, the U.S. and the USSR reached an agreement to eliminate their short and intermediate-range missiles. During the ceremony, which took place in Washington, Gorbachev led everybody in lifting their glasses for a toast:

“Last summer it took one brave American by the name of Lynne Cox just two hours to swim from one of our countries to the other. We saw on television how sincere and friendly the meeting was between our people and the Americans when she stepped onto Soviet shore. She proved by her courage how close to each other our peoples live.”

Lynne’s swim made athletic, social, and political history. Though, perhaps her most astounding accomplishment was inspiring mutual compassion between the world’s greatest superpowers.

To this day, there have been few other successful attempts to swim across the Bering Strait. Most recently, in August 2013, an international relay of swimmers from 17 different countries successfully swam from Vladivostok in Russia to the Cape Prince of Wales in Alaska.