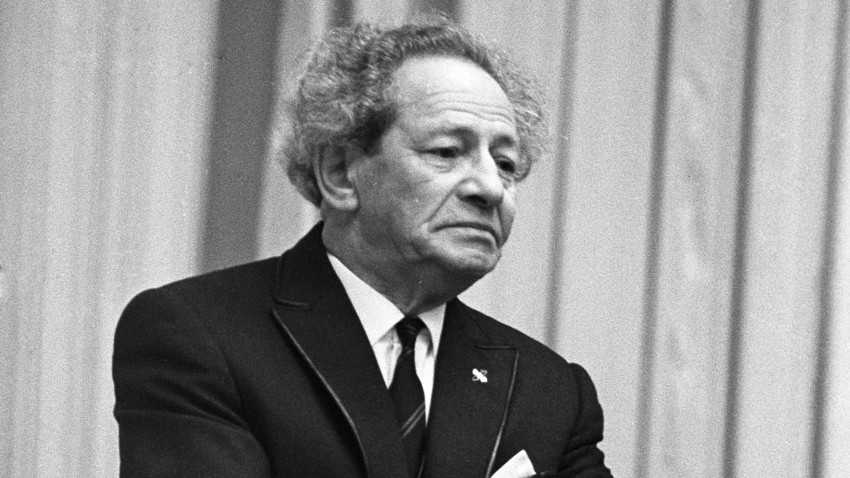 Lev Ivanov/RIA Novosti
His life was filled with controversy and myth, inspiring many people to try and unravel his secrets through film and investigation.

Wolf Messing was born into a Jewish family in 1899 not far from Warsaw, which at that time was part of the Russian Empire. He died on Nov. 8, 1974.

While young, Messing performed with a circus as an illusionist and telepath. His family died in Nazis concentration camps and ghettos, but he managed to flee the Soviet Union when WWII began.

Messing told people that he was able to read their thoughts by observing the subtle movement of their facial muscles.

There are dozens of myths about Messing’s personality. He claimed to have read the minds of both Albert Einstein and Sigmund Freud, and predicted Adolf Hitler would be killed if the Nazis headed east – spurring the Germans to put a reward on his head.

He also said he secretly met Joseph Stalin several times, and even helped him thrash out some plans. There were also rumors suggesting Messing's telepathic ability was utilized by the police during investigations. But there is no solid evidence proving these claims.

There are numerous films devoted to Messing, one of the most popular - I am Wolf Messing (2009) - is based on his memoirs (that may be fake).