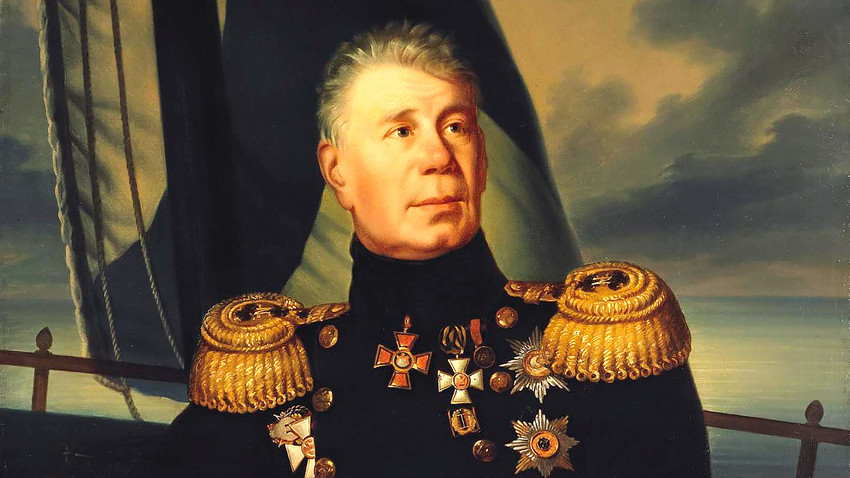 Wikipedia
The admiral was the first Russian to circumnavigate the globe.

Ivan Kruzenshtern was born on Nov. 19, 1770, into a family of judges. He studied in Kronstadt and in 1787 joined the Russian Navy to fight in the war against Sweden. After the conflict, he went to England in 1793 to continue studying seamanship. He explored the Bermudas and the Bay of Bengal. Kruzenshtern wanted to find the optimal trade route from Russia to India.

The round-the-globe expedition organized by Kruzenstern consisted of two ships: "Nadezhda" and "Neva" - and set sail from Kronstadt in 1803. The circumnavigation lasted three years and journeyed through the Atlantic and Pacific Oceans, Kamchatka, and Sakhalin. The traveler was accompanied by his spaniel dog all the way. At the end of the journey, the navigator completed his detailed “Atlas of the South Sea” and compiled all the results of his oceanographic and ethnographic research in three volumes of work.

Kruzenshtern was a founding member of the Russian Geographical Society, a member of the Royal Society of London, a member of the St. Petersburg Academy of Sciences, and many other scientific societies. The admiral died in 1846 in Tallinn. A number of geographic objects (straits, islands, capes, mountains) in the Pacific Ocean are named after him.

Russian navy On this day