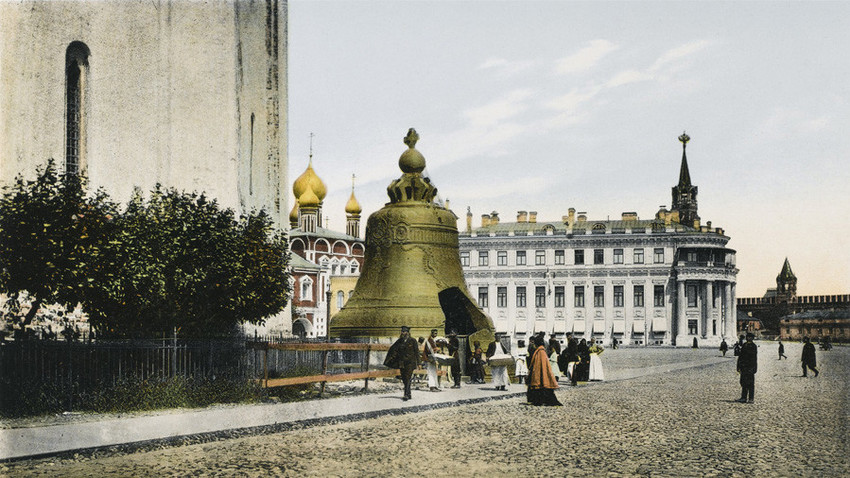 Kremlin's Imperial Square and the Tsar Bell in the early 1900s

Global Look Press
One of the main Kremlin sights and symbols is the bell that has never sounded.

The Tsar Bell was cast in the 18th century, and it is still the largest bell in the world. Weighing almost 202 tons and more than six meters tall, it has never been installed at any church and has never rung.

The decision to cast this gigantic bell for the Kremlin was made by Empress Anna Ioannovna in 1730. After 18 months of preparatory work, the bell was eventually poured in 1735. As a result of a fire two years later the bell fell from its supports and a piece broke off. For more than a century it sat in a pit as engineers didn't know how to pull it out.

Eventually, in the 1830s the French architect Auguste de Montferrand, who built St. Isaac’s Cathedral in St. Petersburg, devised a plan to raise the Tsar Bell from the pit. Once done, the bell was placed on a pedestal in the Kremlin.