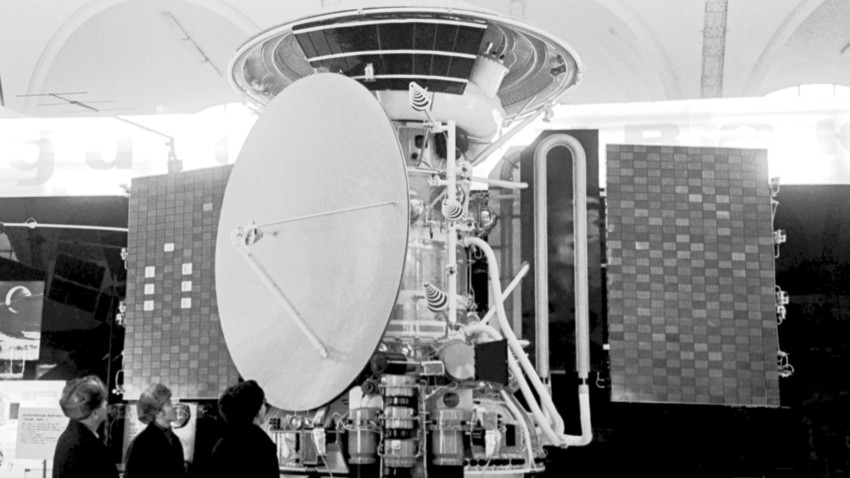 Nikolai Kuleshov/TASS
The spacecraft was designed to explore the Red Planet.

The Soviet automatic interplanetary station Mars-3 consisted of a space station (an artificial satellite) and a lander. The world's first soft landing on the surface of Mars was the only one during the Soviet space program.

The unmanned space probe was launched from Baikonur Cosmodrome on May 28, 1971. The mission to Mars lasted more than six months and its arrival on Mars coincided with a huge dust storm.

Mars-3 landed on Dec 2, 1971. At it looked like everything was ok but after it started beaming images of the planet back to Russia the transmission came to an abrupt halt, 15 minutes into the mission. The pictures that did make it back to Earth were grey with little detail.

However, after separating the space station orbited Mars and for more than eight months surveyed the planet like never before.