My time as a Martian on Earth: Preparing for space travel 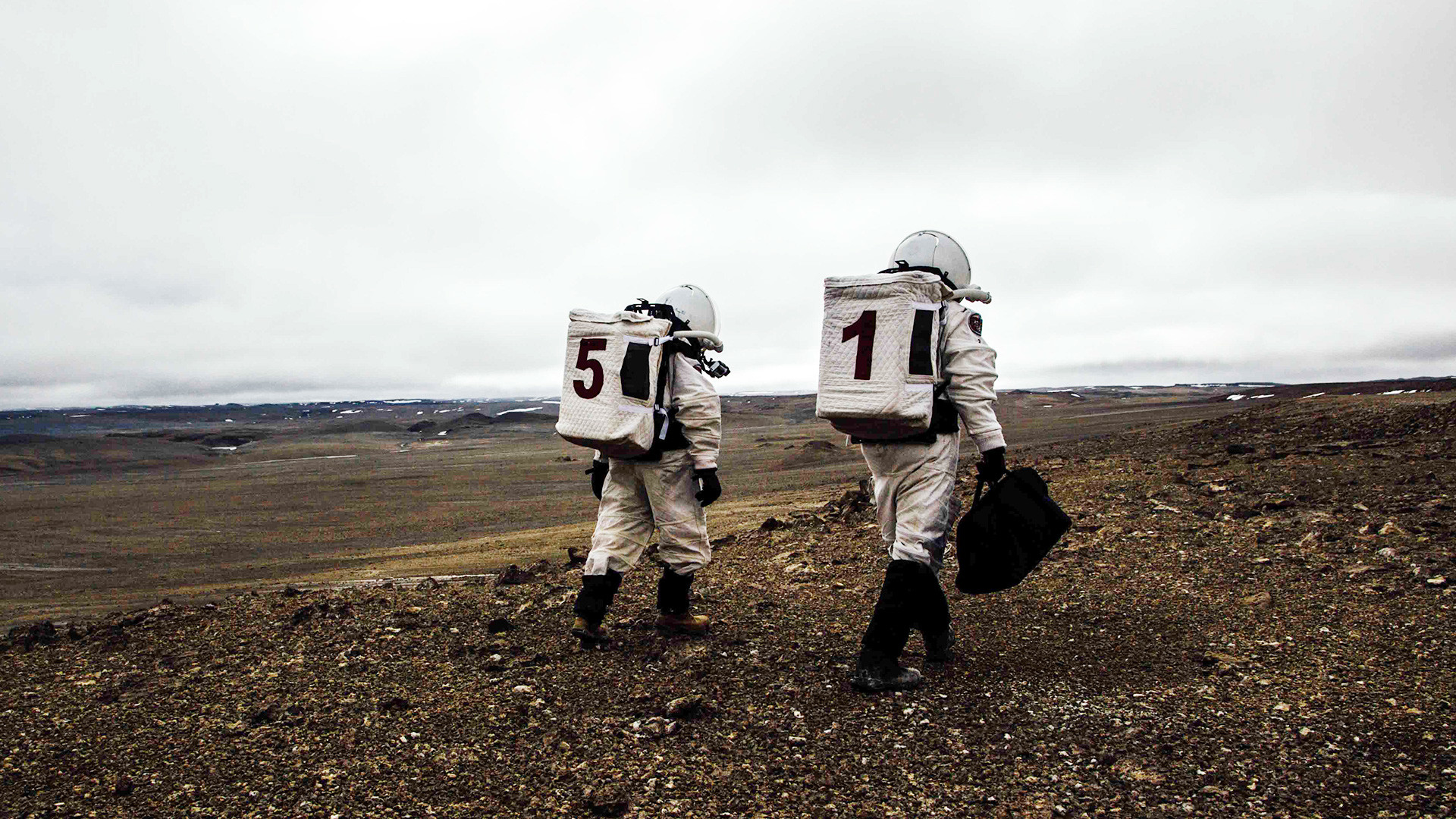 Yusuke Murakami
To get a taste of life on another planet you don’t have to leave Earth. Eight airplane flights and a few years of preparation took me to the most isolated place on our planet – in the far north of Canada. Every expectation can fade when facing this hostile, yet beautiful land.

My personal space was sleeping quarters three meters long and meter wide. The colors of the landscape varied from grey, white, brown, orange to pale green. However, it didn’t bother me much after Moscow's almost ten months of snow, and fog.

I’m on Devon Island in the north of Canada, and it is one of the closest places to a Martian environment. Devon has an impact crater, permafrost environment, gypsum deposits and desert climate. Another Mars-like place is in the Utah desert. Both Mars Research Stations were built by the U.S. non-profit organization, Mars Society. These stations simulate Mars-like environments in order to train the first humans who will step on the Red . 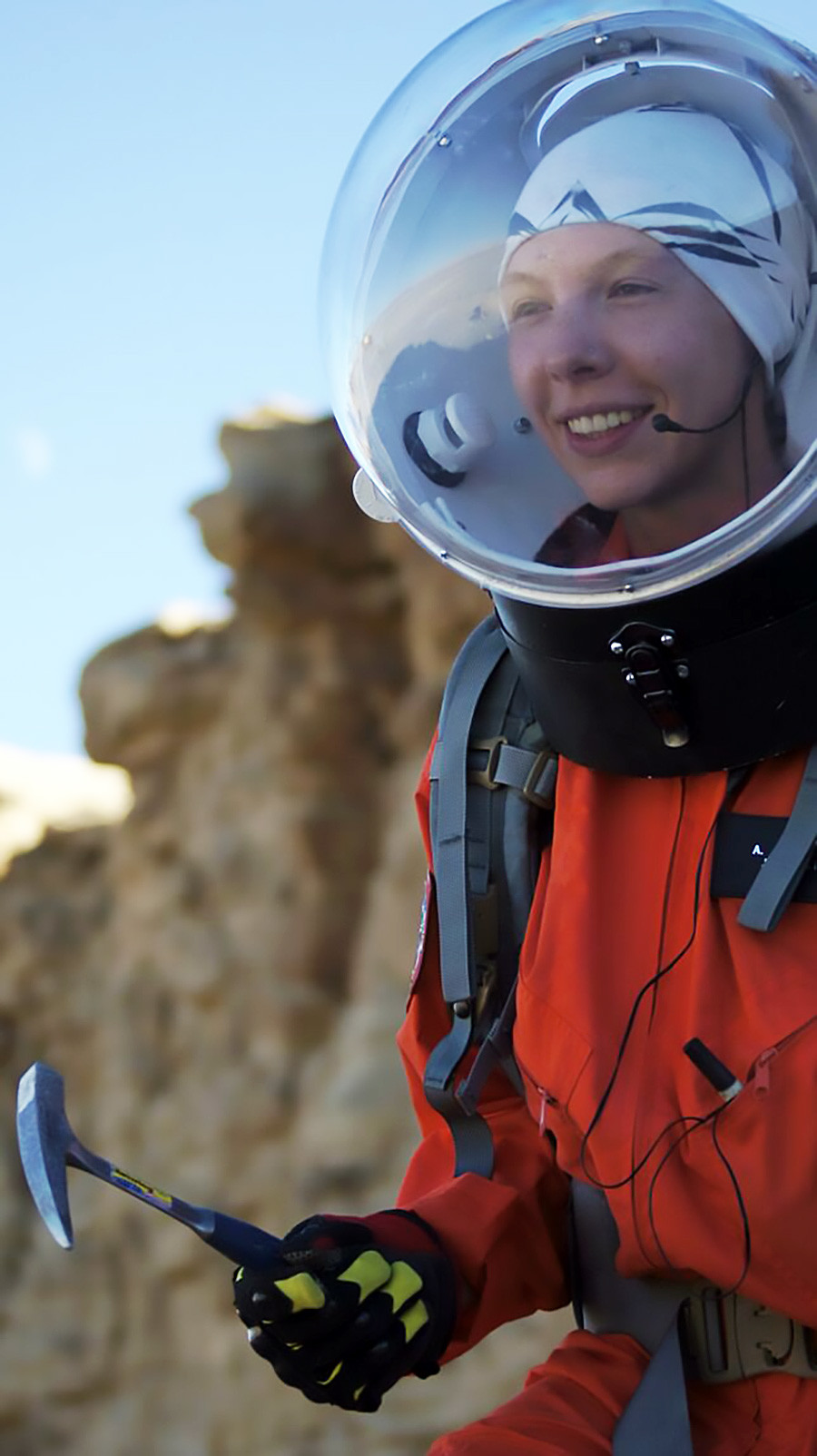 How to live on Mars

While space agencies and private companies are working on how to get to the Red Planet, the Mars Society works on how to survive there.

A few years ago, the Mars Society announced an open call for volunteers for the long Mars simulation mission. Only eight dreamers out of thousands of candidates made it to the finals.

My name is Anastasia Stepanova, a Russian citizen, and I am one of them. After three months of simulation at the Mars Desert Research Station in southern Utah in 2016, we thought we were prepared for the one-month mission in the Arctic. However, the reality was tougher than we expected. The difficulties appeared even before the because in the Arctic the supreme ruler is the weather. 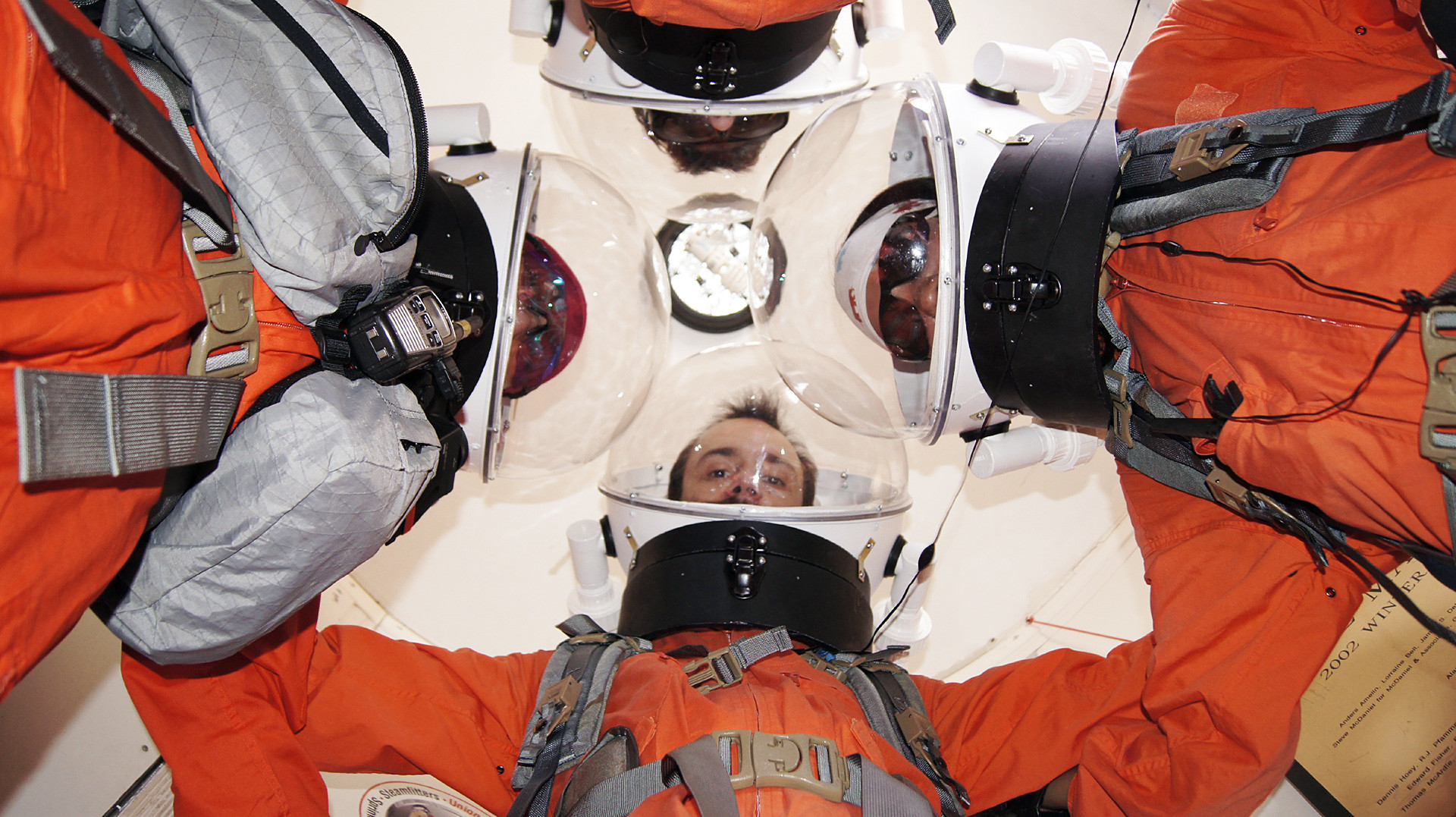 In late June, our crew reached the furthest outpost of civilization: the Inuit hamlet of Resolute on Cornwallis Island in Nunavut, Canada. The small island, with its population of 200 people, is 90 minutes away by prop plane from our final destination. Those 90 minutes of flight, however, became three weeks of waiting for ground conditions to improve. Since Devon Island is wild and isolated, there is no proper airstrip for the plane to land on. Those three weeks was like Groundhog's Day, and the crew's morale was tested and anticipation intensified. Finally, we made it there in two groups - on July 15 and 16. 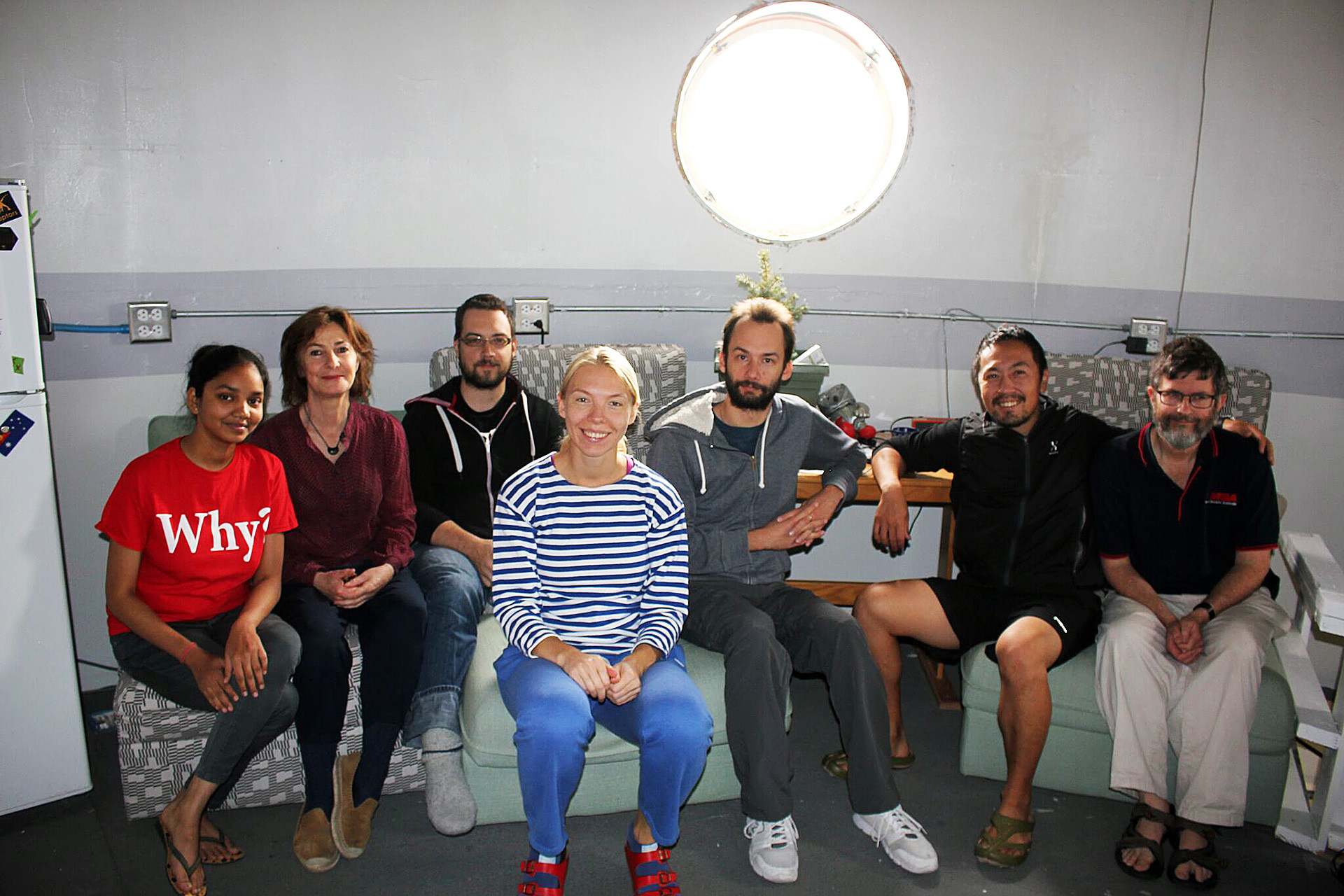 Find life, and don’t get killed by it

Flashline Mars Arctic Research Station is located on the edge of the 39 million year old Haughton crater, which is very similar to Endeavour Crater on Mars, and well preserved due to the cold and relatively dry climate. The main goal of our mission was the same as it would be on a real Mars mission – to find life.

Here, scientists risk polar bear attacks, frostbite, hyperthermia and more. Imagine climbing up hills, digging in the ground, or soil sampling, and always watching out for polar bears while dressed in a space suit at all times. 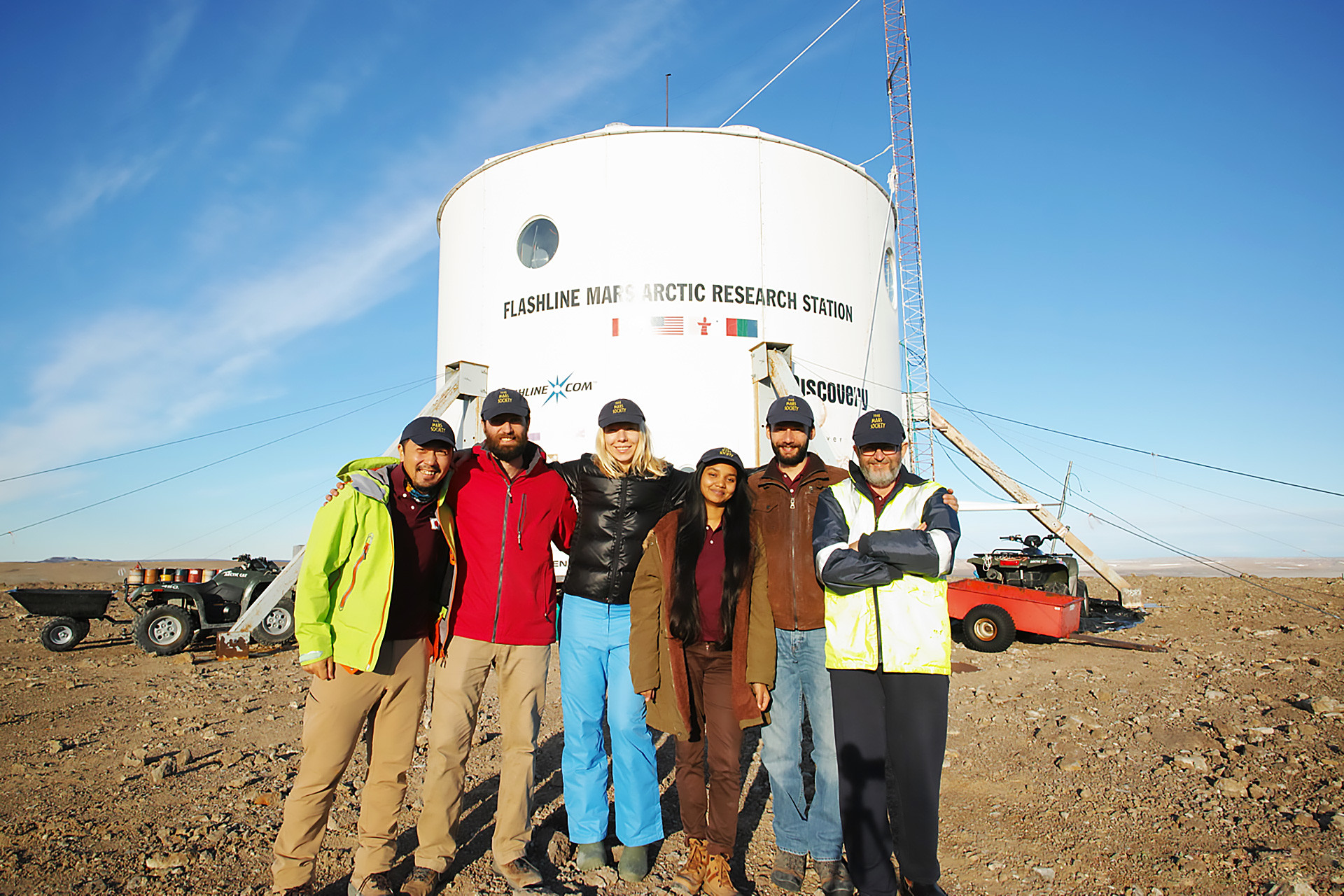 The topography in the vicinity of the station is flat and consists of grey-brown broken limestone pieces, which are sharp and can cause a nasty wound if one falls. At first, the area looked devoid of life, but after some exploration we found yellow draba flowers; some white lichen; green colonies of microorganisms under almost every piece of limestone; and 450-million-year old fossils. All of these were just right outside of the Habitat (that’s how we called our new home). Deeper into the crater, the alien landscape excited the imagination.

For the next 30 we had to play Martians. Resources were strictly limited, and the only way to go outside was wearing a space suit and carrying a gun - thanks to the everyday risk of encountering a polar bear, which wouldn’t play out well in our Martian explorer games. 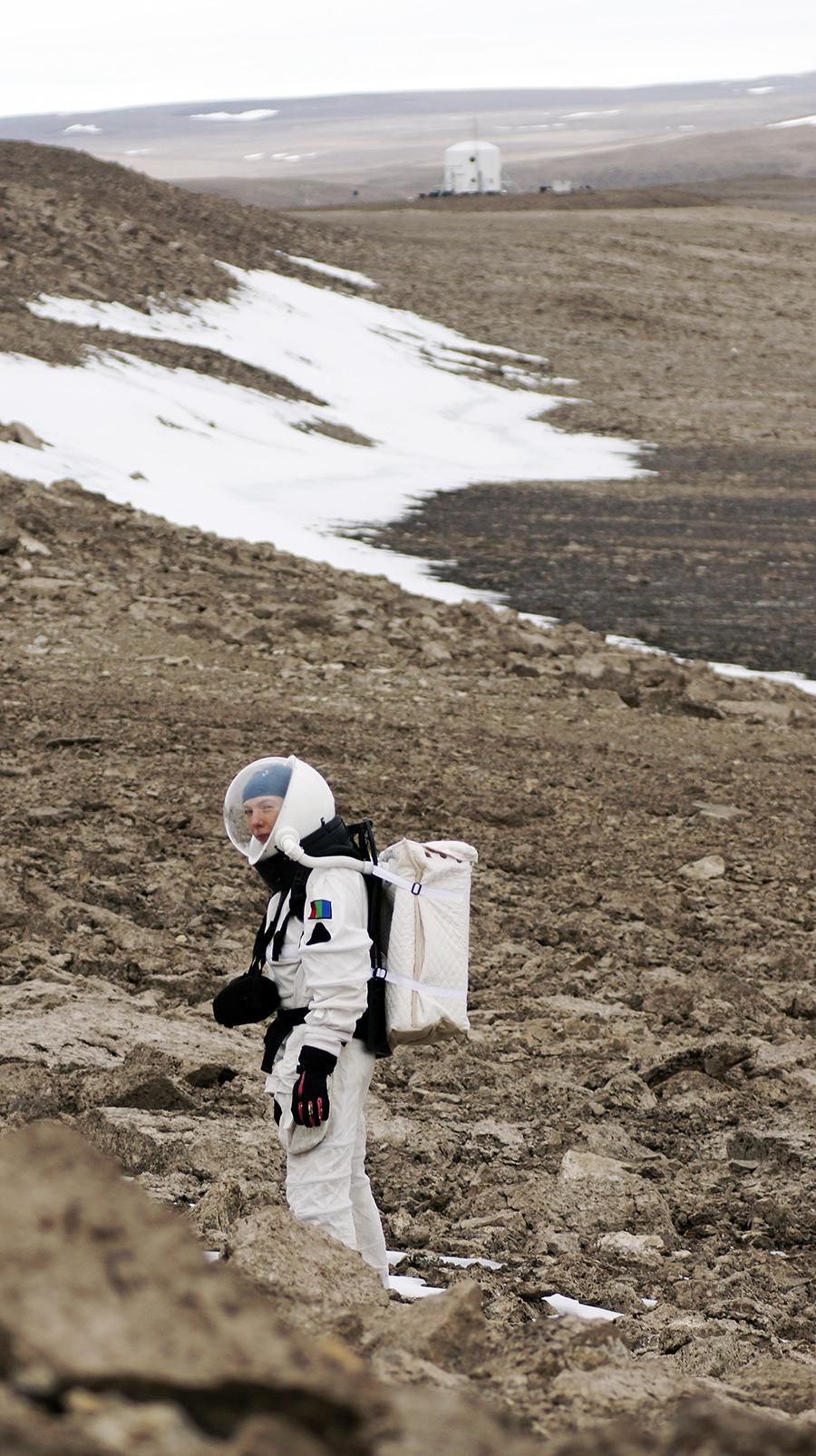 Earthlings might think our lives to be “suffering and boring,” but that was not the case. It’s all about perception. Humans are very capable when it comes to adapting to their surrounding conditions. And so we did.

Were you just now distracted by another Facebook notification on your phone? Well, here we didn't have to care about the Internet - we just wanted to stay warm, cook some food and charge our vital devices.

If something broke, we had to fix it with the little that we had and to show resourcefulness, because on Mars it would take at least two months before supplies from Earth arrived.

Food for an astronaut

Food is limited not only in quantity but in variety. Thanks to space food made by Space Food Laboratory in Russia, we had special treats. The crew always looked forward to these meals a few times each and enjoyed Russian cuisine. 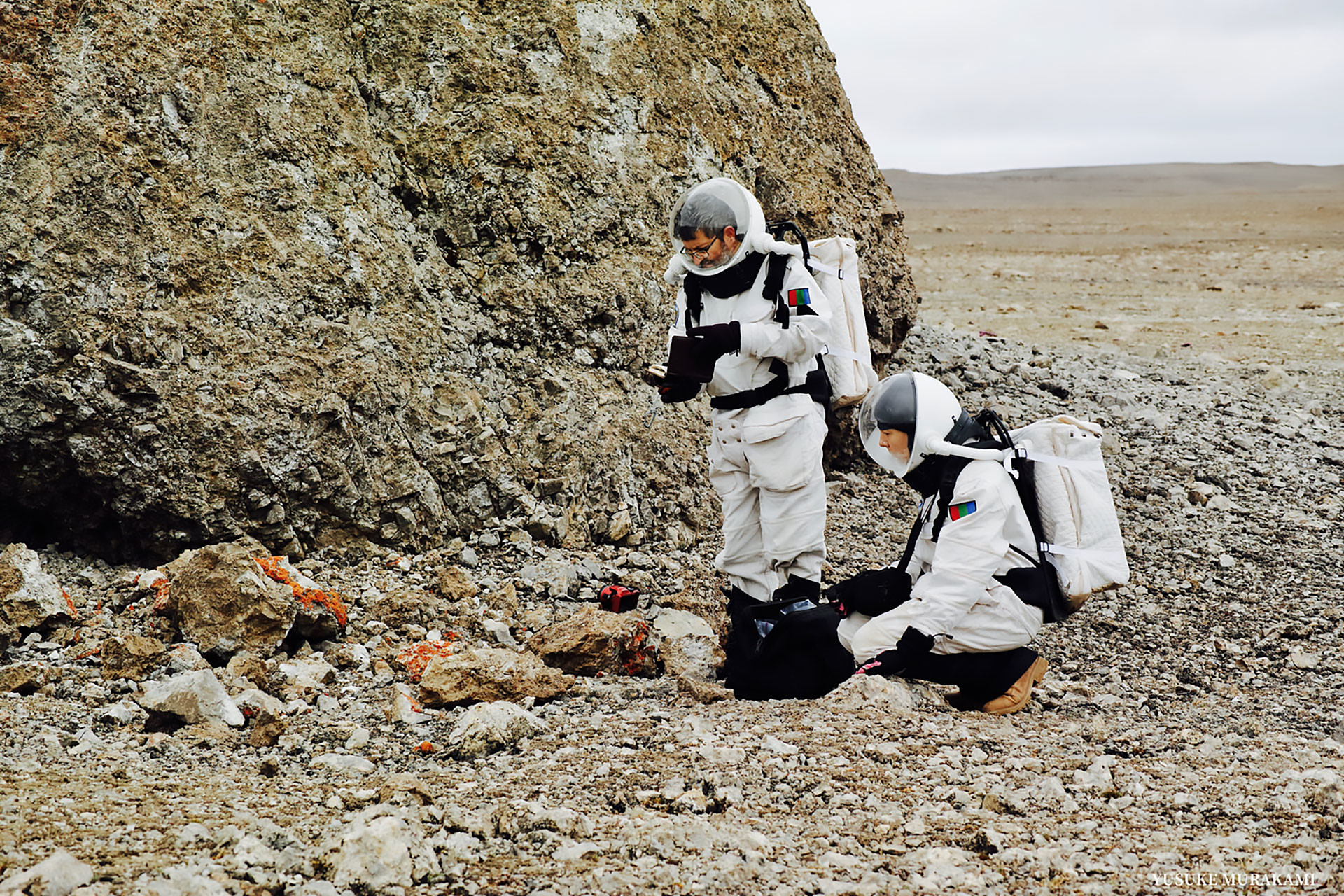 There were three courses: soup, and dessert. Borsch, , rassolnik, and sorrel soups were all in tubes. Put the tube in hot water and 10 minutes later it was ready. Beef tongue with olives, chicken with prunes, and veal with vegetables packed in cans. As for dessert, there was cottage cheese with different flavors: apple, and sea buckthorn.

Apart from space food, we baked bread in the and ate cooked pancakes, rice, pasta with canned tuna, vegetables or spam. Creativity kept the meals from becoming repetitive.

Our daily routine consisted of many tasks that would seem awkward to urban dwellers: such as fetching water from rivers a few hundred meters from the station. First, the armed bear patrol went and checked if the area was clear, and then we attached the trailer to one of the ATVs and drove to the stream. While two people were filling the jerry cans with water, the third one looked out for danger. 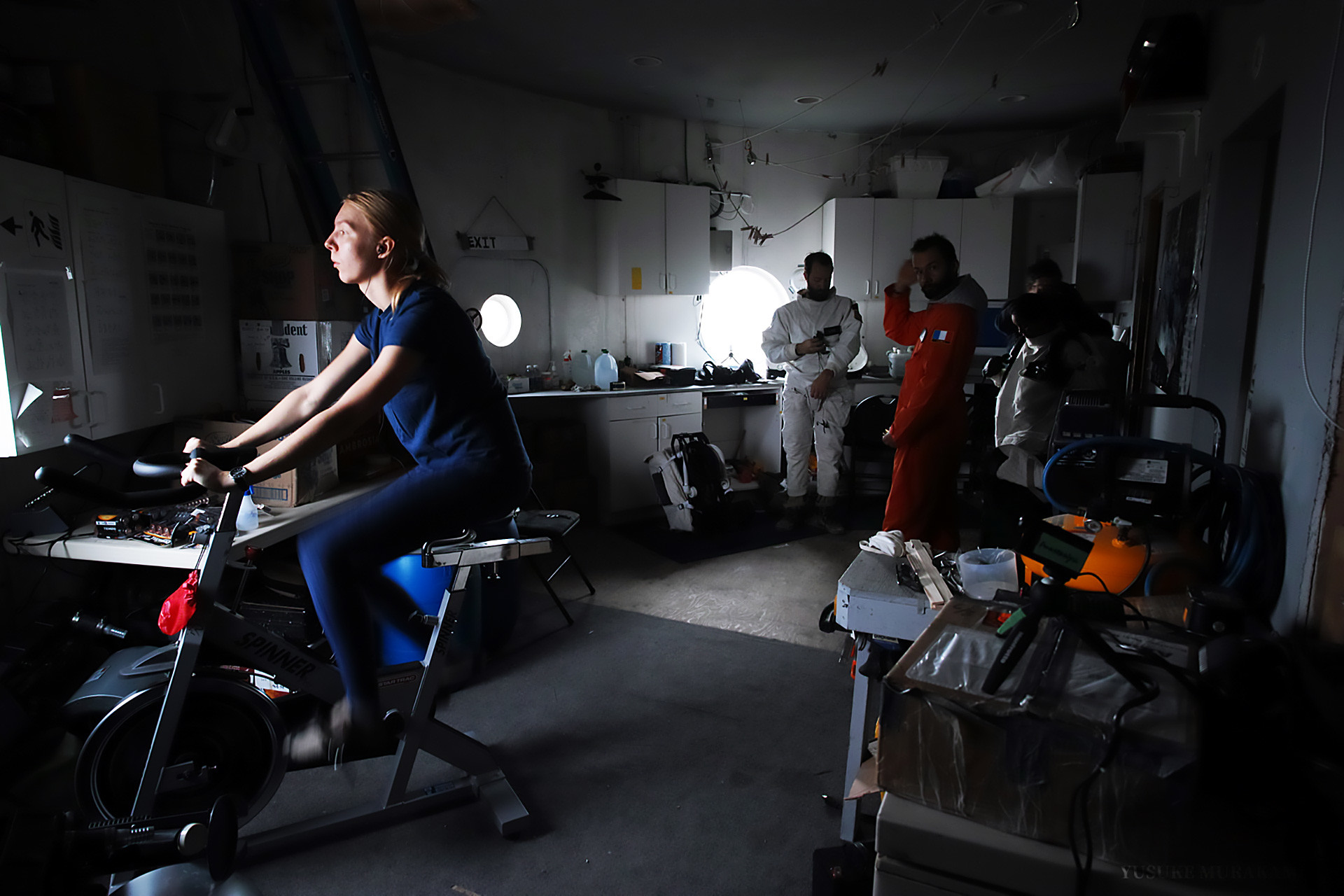 Inside of the station, Flashline Arctic Research Station, Devon Island.

Burning trash and our excrement in the incinerator was another exciting moment of our day. We did “No.1 and No.2” very differently than on Earth. In order to preserve the island’s pristine natural state, we had to follow these steps: pee into a special funnel connected to another barrel outside. When the barrel was full it was loaded on a plane and flown off the island.

To prepare for “No. 2,” first we took out a small plastic garbage bag, placed it in the toilet bowl, did our business, tied up the plastic bag and put it into a poop barrel, which we burned in the incinerator. Easy, right? Not as gross as it seems. On astronauts might use urine for extracting water and excrements as fertilizer. But we didn't have to go that far, yet.

Some might think that we were in a cage with invisible bars, but in we were freer than most Earthlings. No hassle, no money, no social pressure, no politics, and no traffic. I started this mission as a crew journalist and finished as a health and safety officer, and an assistant to a microbiologist. Multitasking on Mars will be crucial and we mastered it every day.

The experience I gained during these several months made me even more confident that humans can learn fast, react productively, work hard and cope with almost everything, but under one condition – always focus on the main goal! This is the motivation that awakes one's inner strength and helps achieve things that you'd never think possible. 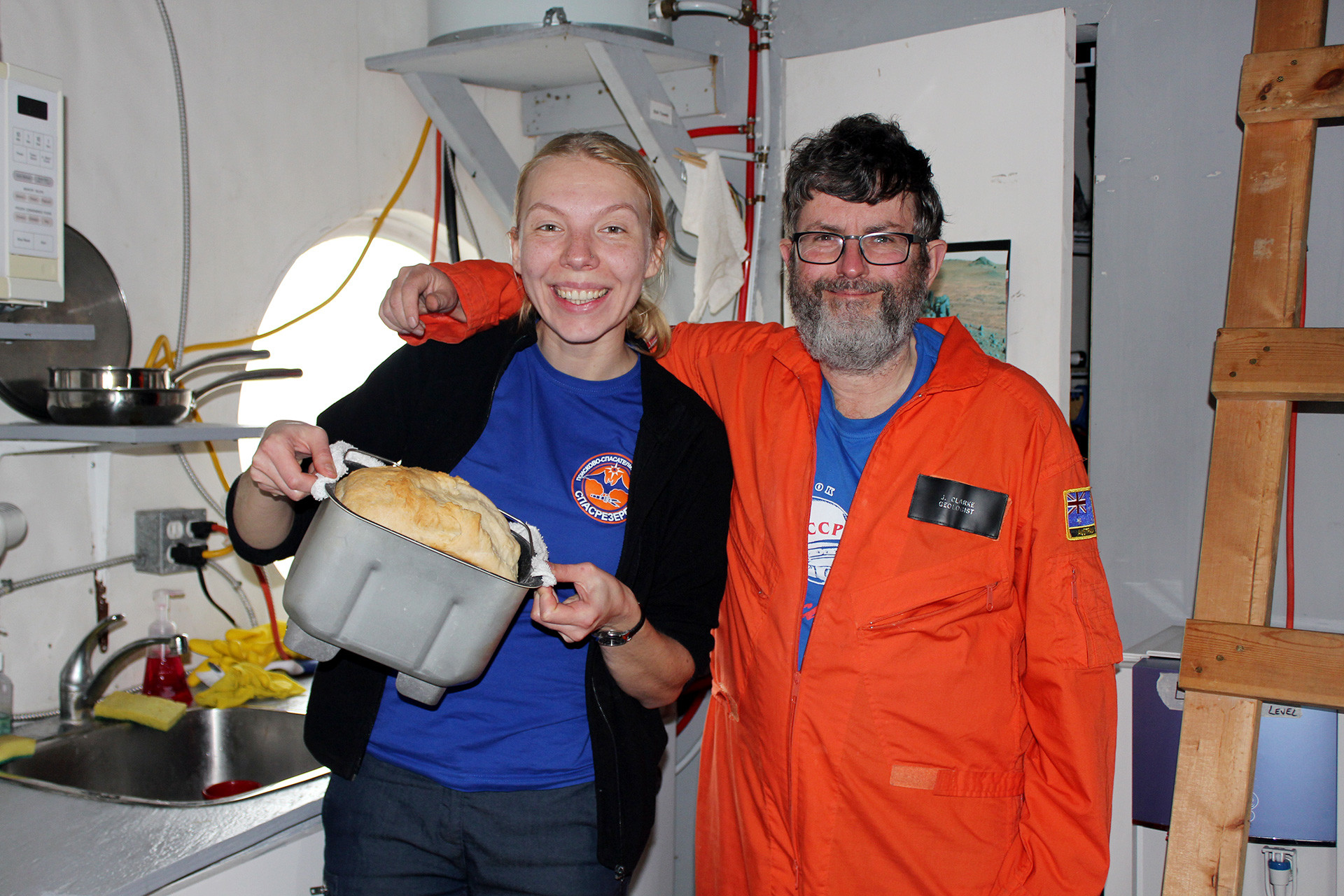 The people who took part in the Mars 160 mission are diverse: