‘Worthy of the greatest glory’: How the U.S. saved millions of Russians from starvation 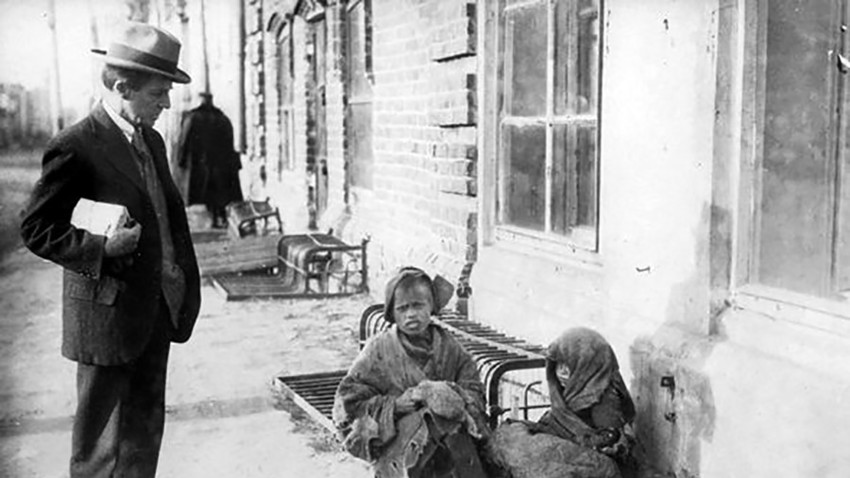 Vernon Kellogg, an American scientist and an ARA official, on a Moscow street, while on a humanitarian mission to Russia

Public Domain
The U.S. humanitarian initiative after World War I was originally aimed at countering Bolshevik influence in Europe. Yet, it saved millions of lives in Soviet Russia during the great famine in 1921-1922. Russia Beyond brings you the most incredible facts about this nearly forgotten story.

A disaster not seen since the Middle Ages

The famine that spurred the U.S. to send a huge humanitarian mission to Soviet Russia is considered one of the greatest European tragedies since the Black Death in the mid 15th century. As a result of World War I, the Civil War, and the Bolshevik’s coercive economic policies, many regions of Russia in 1921-1922 faced unprecedented starvation.

Tens of millions of people were affected, and it’s believed that no less than 5 million people died. This catastrophe forced the Soviet regime to ask for help from the “capitalist world.”

Fighting famine and ‘the disease of Bolshevism’

Meanwhile, in the U.S. in April 1919, two years before the devastating famine broke out in Russia, Congress passed the “European Famine Relief Bill,” earmarking $100 million to help European countries experiencing food shortages after World War I. The effort to fight the famine was led by the newly created American Relief Administration (ARA) headed by Herbert Hoover, a future president. 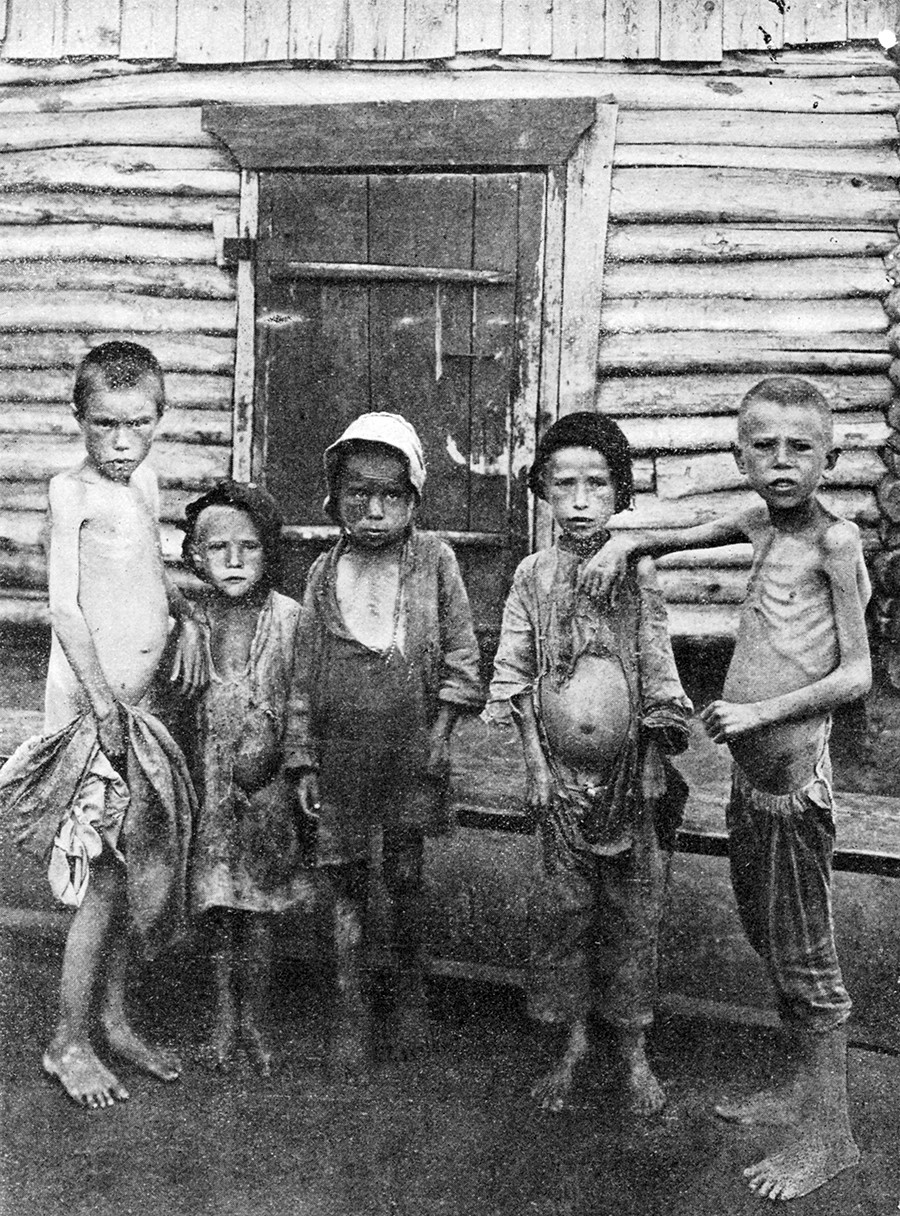 It is estimated that between 5 and 10 million people died because of the famine in Russia, many of them were children

Soviet Russia was not originally included on the list of countries to receive American help. At this time, the U.S. and other Western powers had intervened militarily in the Russian Civil War to support anti-Bolshevik forces in several regions.

In fact, the U.S. food program was aimed against Soviet Russia, as an effort to thwart leftist radicalism from spreading to European countries that faced worsening living standards. As historian Bertrand Patenaude put it, “The economic and political instability of those states, most of them newly created out of the ruins of the old empires, made them vulnerable to the contagion from the East of what was commonly called ‘the disease of Bolshevism.’ It was generally assumed by European and American statesmen that this malady was caused by hunger; Bolshevism was what happened when good people went hungry.”

Russian intellectuals and the Kremlin’s plea for help

The situation changed drastically by , however. The Bolsheviks resisted foreign intervention and defeated its opponents. This was new reality that western nations had to accept. In addition, the famine took such an appalling toll that it was no longer possible to ignore it. About 100,000 people were dying each week. 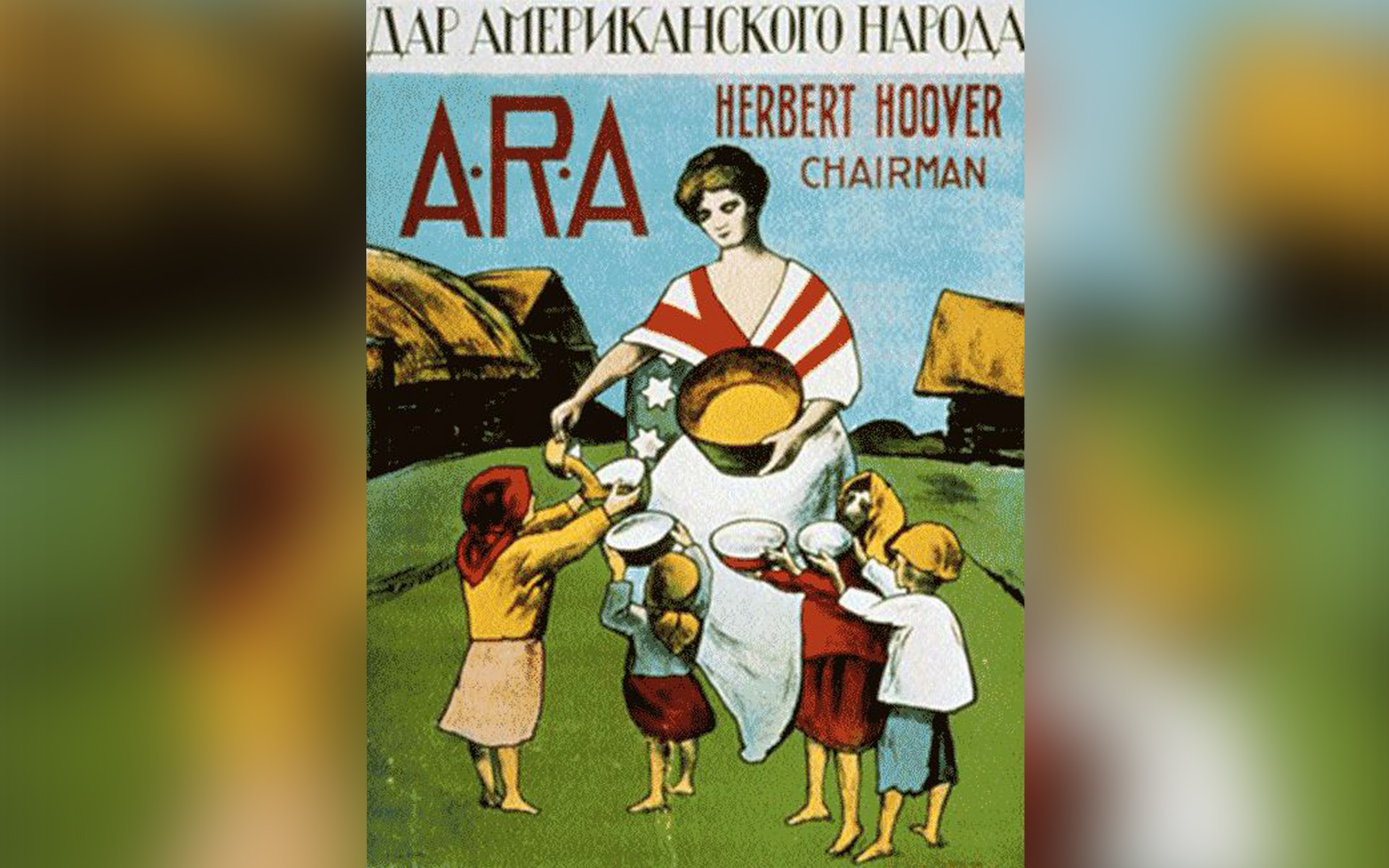 "The gift of the American people," written on this ARA poster

Russian writer Maxim Gorky appealed to the international public, asking for help. Next, Lenin also appealed for help to the international proletariat. In September, the famous Norwegian explorer, Nansen, addressed the world from the pulpit of the League of Nations, saying that it was not right “to condemn millions of people to death because of enmity to the Soviet regime.”

Soon after, a deal was reached between the ARA and the Soviet government. It would be a mistake, however, to think that by helping the Soviets the political agenda pursued by Hoover had been abandoned.

“Hoover believed that if he could only relieve the Russians’ hunger, they [Russians] would return to their senses and recover the physical strength to throw off their Bolshevik oppressors,” Patenaude argues.

In the end, Hoover did not achieve his political goal. To the contrary, by saving millions of lives he helped stabilize the situation in Russia, thus contributing to the Bolshevik’s legitimization in the minds of the Russian people. 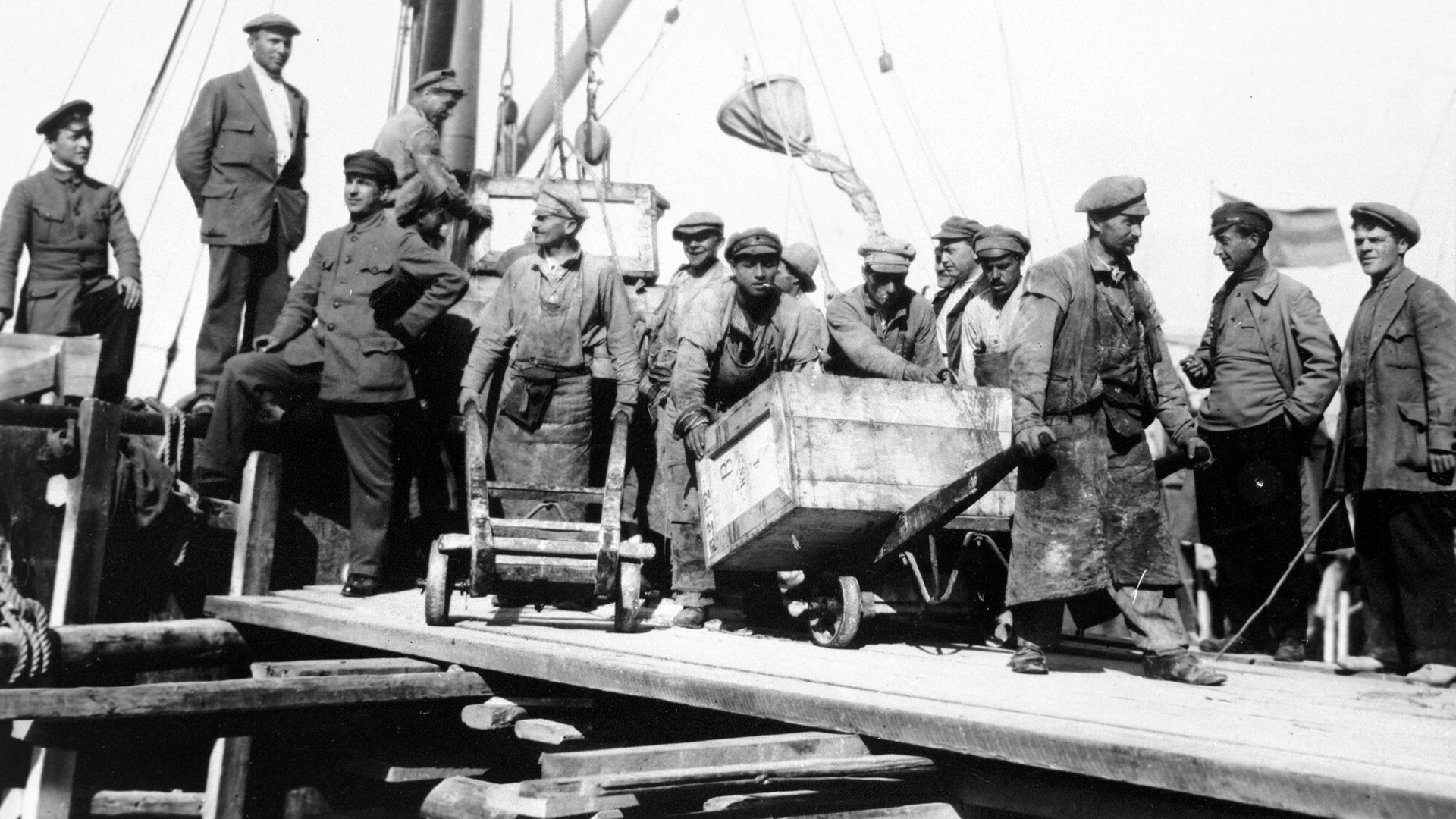 A usual menu at ARA kitchens included corn grits, condensed milk, cocoa, white bread and sugar – all of which were imported

The situation was indeed drastic. As and scholar Cynthia Heaven wrote, people in the areas were forced to eat “weeds mixed up with ground bones, tree bark clay, as well as horses, dogs, cats, rats and the straw from roofs. The government made efforts to stop the selling of human flesh and posted guards in cemeteries to prevent raiding.”

She also cited the terrifying recollections of one of the ARA workers in Russia: “I have seen piles of corpses half naked and frozen into the most grotesque positions with signs of having been preyed upon by wandering dogs. I have seen these bodies – and it is a sight that I can never forget.” 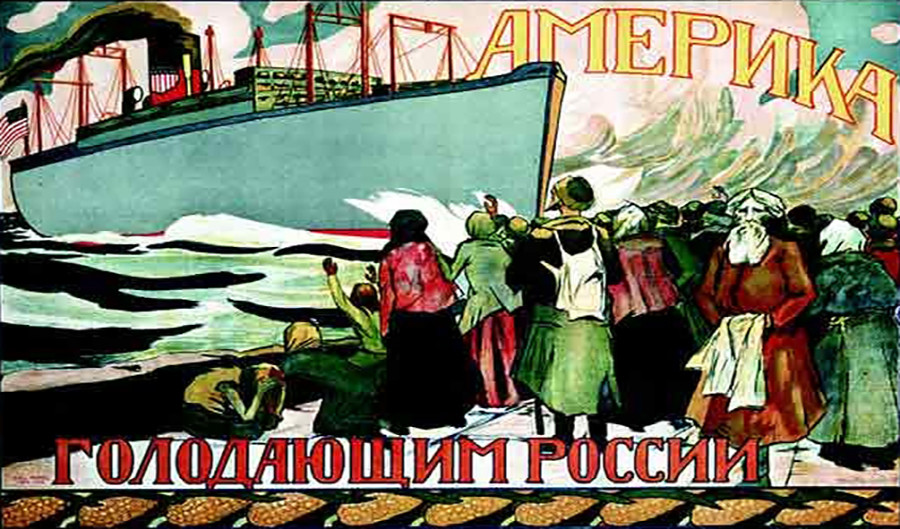 Soviet authorities opened 7,000 kitchens to feed those in need, but it was far from enough. But by August 1921, the ARA established as many as 19,000 kitchens, feeding 10 million people every day. A usual menu had corn grits, condensed milk, cocoa, white bread sugar – all of which were imported. Besides kitchens, the ARA also opened shelters for the homeless and orphans and had to fight the typhus epidemic.

“Your help will enter history as a unique, gigantic achievement, worthy of the greatest glory, which will long remain in the memory of millions of Russians whom you have saved from death,” Maxim Gorky wrote to Herbert Hoover, praising his help.