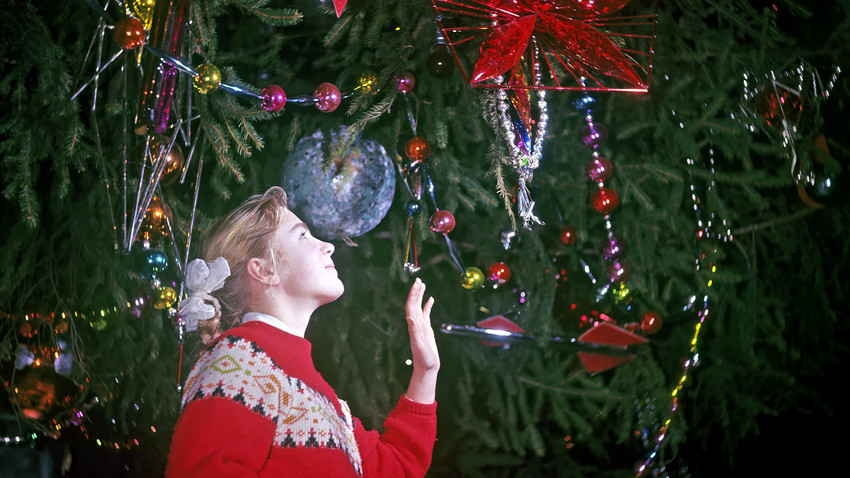 A girl at the New Year party held in Georgiyevsky hall of the Grand Kremlin Palace, 1967

Maksimov/Sputnik
From Lenin to corncob: New Year’s trees in the Soviet Union evolved depending on the country’s political situation.

After 18 years of a ban on Christmas, which the Bolsheviks considered a bourgeois and harmful festival, the tradition of celebrating New Year’s appeared in 1935. An article by Communist party official Pavel Postyshev was published in the newspaper, Pravda, in which he proposed to give Soviet children a return to “the atmosphere of fairytale and magic.”

While the winter festival was rehabilitated, all religious references were removed. Henceforth, people celebrated New Year’s, and not Christmas, as was the case in Imperial Russia. The holiday’s main symbol, as in the past, was the evergreen tree, whose decoration changed considerably compared to the tsarist era.

The traditional star of Bethlehem, for example, was replaced by the Red Army’s five-pointed ruby star. Instead of angels and the magi, the tree was decorated with toys in the form of animals, plants, Kremlin towers, athletes even Politburo members. Russia Beyond recalls five main subjects that the Soviet propaganda machine used in designing ornaments for the New Year’s tree. 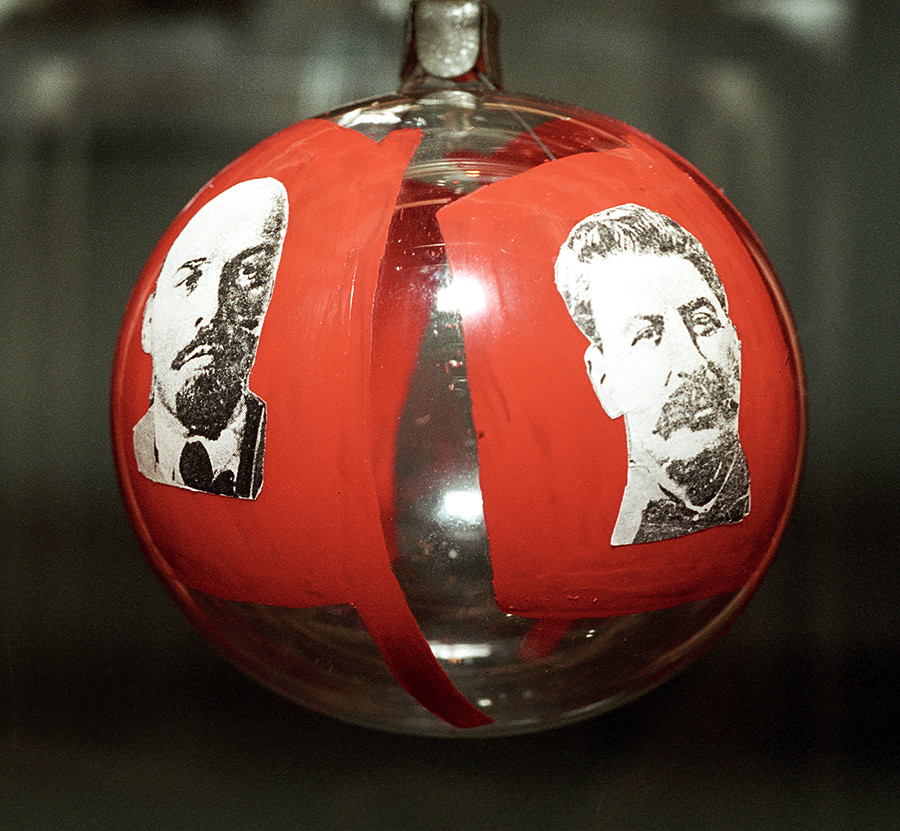 The first Soviet tree ornaments that appeared after the reintroduction of New Year’s had propaganda goals – dirigibles, airplanes, ships and other figures with the words, “USSR, Communism Will Triumph!” They did the same with Soviet state symbols: red stars, as well as the hammer and sickle.

In 1936 in Kharkov, a factory produced a series of multicolored glass balls with portraits of Soviet Politburo members. One of the balls, for example, had a portrait of Lenin on one side and that of Stalin on the other. Production soon stopped, however, because the political climate in the 1930s was changing, and yesterday’s heroes were now enemies of the people who were not supposed to have a place on the festive tree. 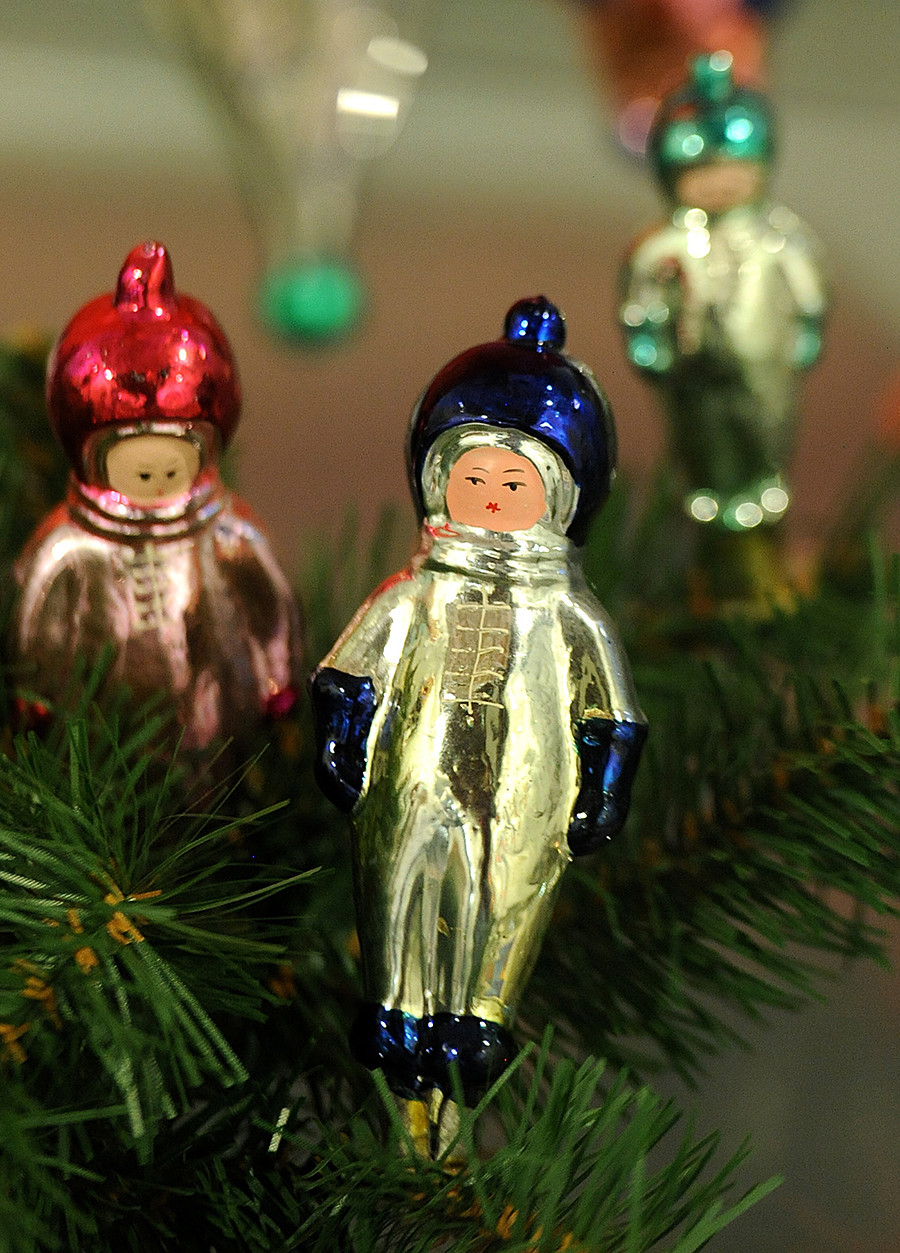 After the Soviet Union’s launch of Sputnik 1 and the beginning of the space age, Soviet trees were decorated with figures of cosmonauts, satellites, rockets, stars planets. Following the 1980 Summer Olympics in Moscow, and aluminum foil ornaments were made in the form of athletes and hung on the tree. The Olympics also introduced another famous Soviet symbol – the charming teddy bear, which is still popular in many parts of the world. 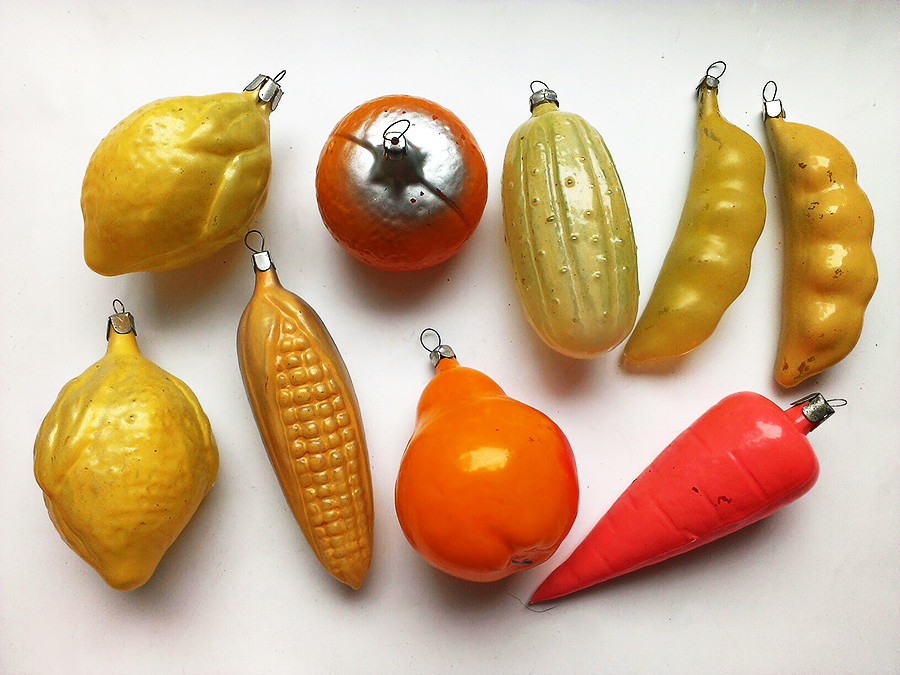 Nikita Khrushchev’s “thaw,” many ornaments were made that symbolized the country’s achievements in agriculture and other peaceful economic sectors. The most common forms used to decorate trees were cucumbers, peppers, mushrooms, grapes carrots. But the most popular ornaments were corncobs, which became popular during Khrushchev’s “corn campaign.” Musical instrument ornaments such as mandolins, violins, guitars, flutes drums were also frequently seen on trees. 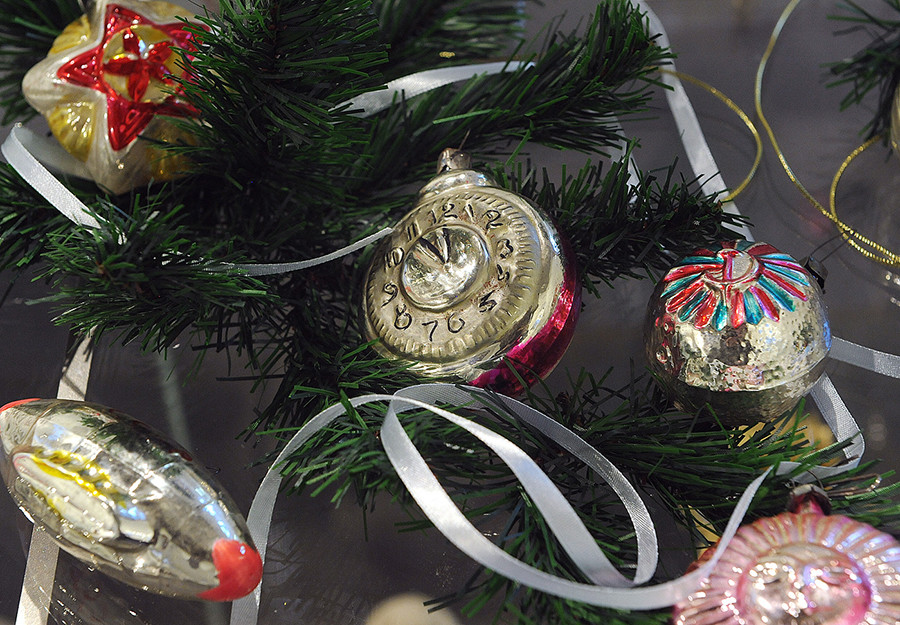 and objects made famous in films also found their way onto trees. For example, Grigory Alexandrov’s film, Circus, starring Soviet sex symbol Lyubov Orlova, came out in 1936, and ornaments were produced in the form of clowns, acrobats gymnasts. In 1941, Ivan Pyriev shot The Pigwoman and the Shepherd, inspiring ornaments that depicted traditional professions. In 1956, Eldar Ryazanov made Carnival Night, which long became one of the main symbols of New in the USSR. Toy clocks, in which the time was always 11:55, were also popular. 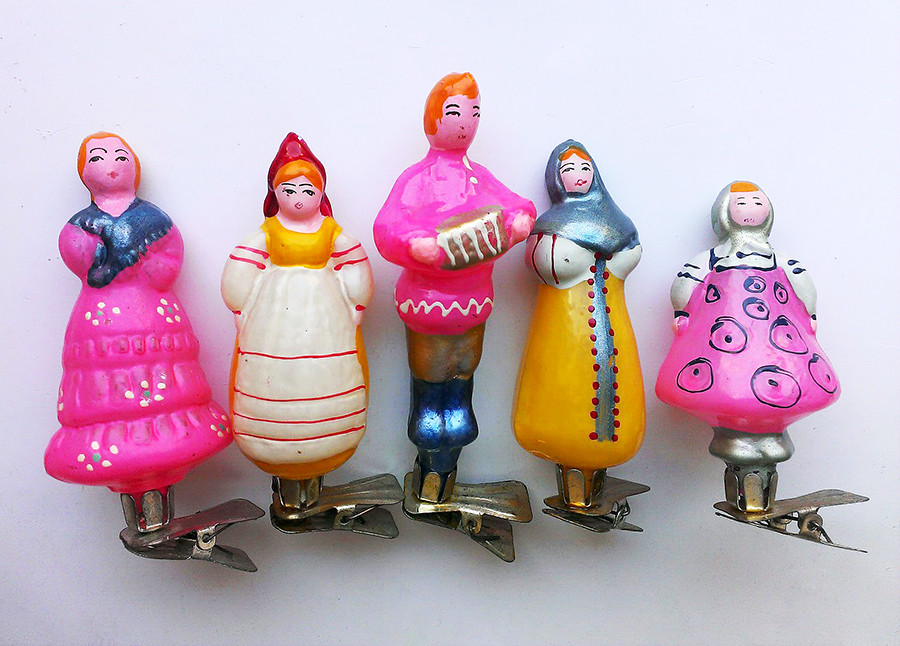 various times there was demand for tree decorations reflecting allied nations, not to mention the republics that made up the Soviet Union. In the , when there was considerable cooperation with Asian countries, ornaments with eastern motifs became very popular: hand-painted glass camels, exotic birds and animals, Aladdin, eastern beauties and people with ethnic clothes. After the Sino-Soviet Treaty of Friendship and Alliance was signed in 1945, ornaments came out depicting elements of Chinese culture: dragons, lamps, lanterns and hand fans.

Find out everything you ever wanted to know about the New Year’s holiday in Russia.