How did Nazi propaganda play Soviet ethnic and social groups against each other?

History
Boris Egorov
During WWII, the Third Reich's propaganda machine realized that it could achieve great success by driving wedges between numerous ethnic groups in the Soviet Union and pushing Russians, Ukrainians, Balts and Belorussians against each other. Russia Beyond presents the best examples of German propaganda on the Eastern front. 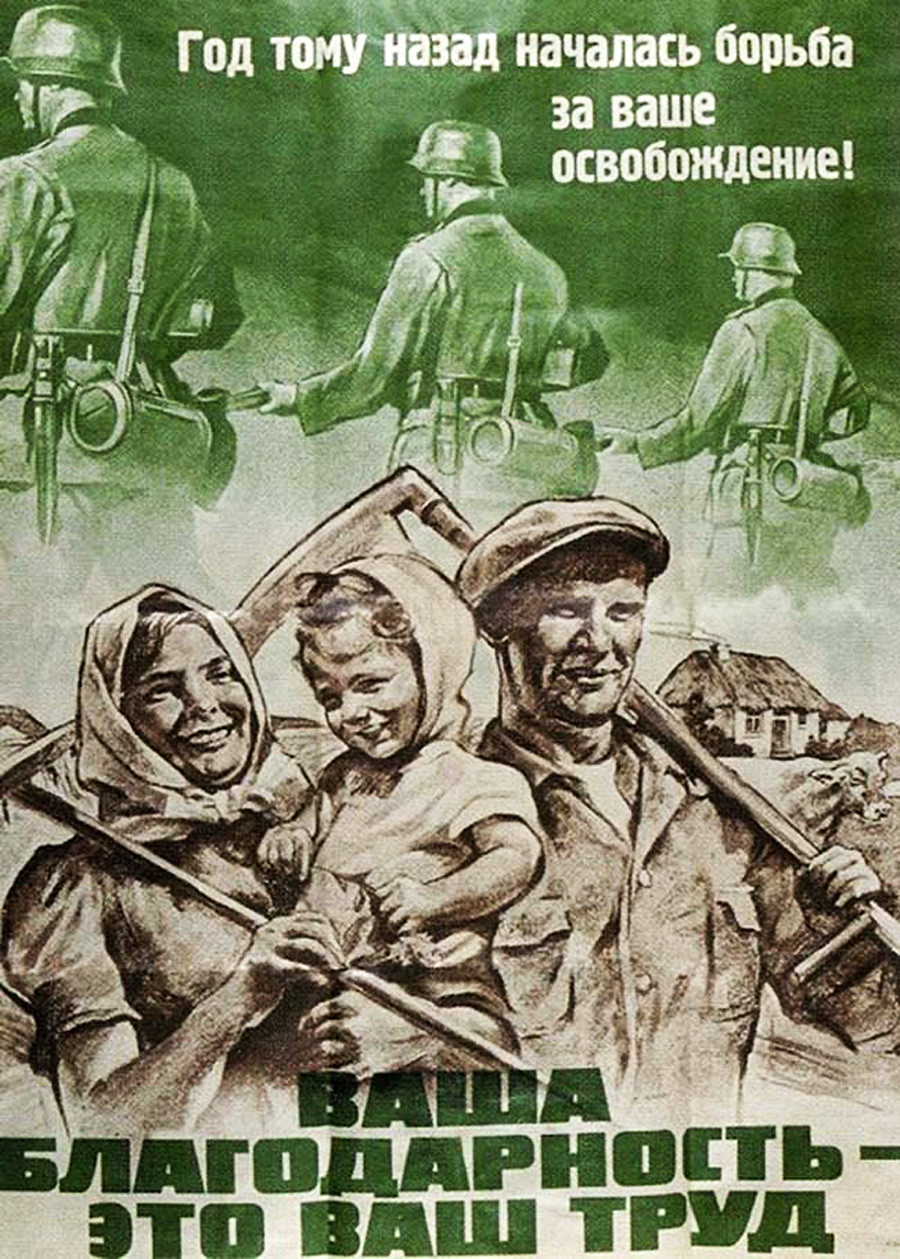 German propaganda often said the Third Reich came to rescue the Soviet people from the bloody rule of Stalin, the Bolsheviks and the Jews. The poster says: “The struggle for your liberation started a year ago. Your gratitude is your labor.” 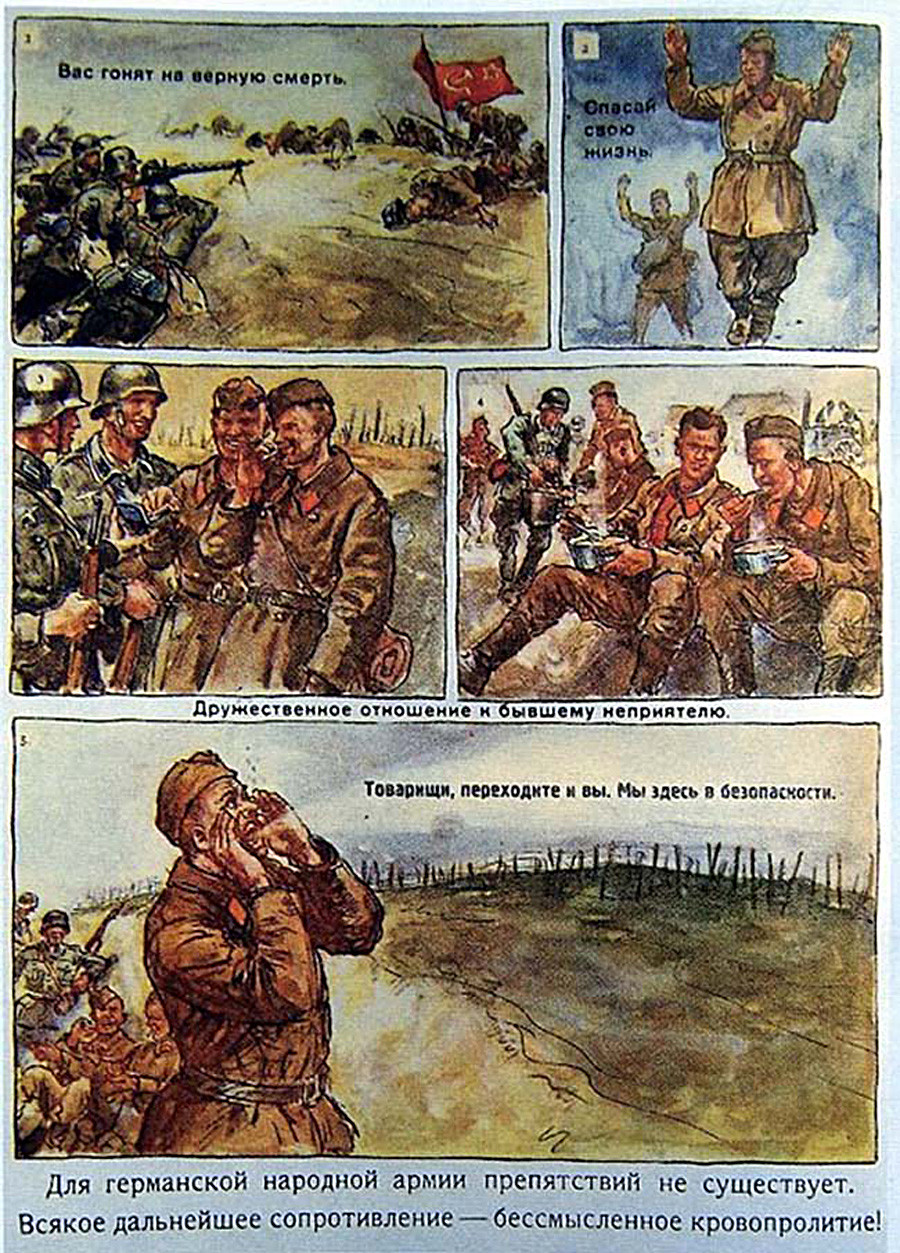 A common trick was to show what a paradise  German captivity was for Soviet soldiers. Soviets who didn’t want to die on the battlefield could always surrender and be welcomed by friendly German soldiers, who would give them food and shelter. The reality was in fact quite the opposite. 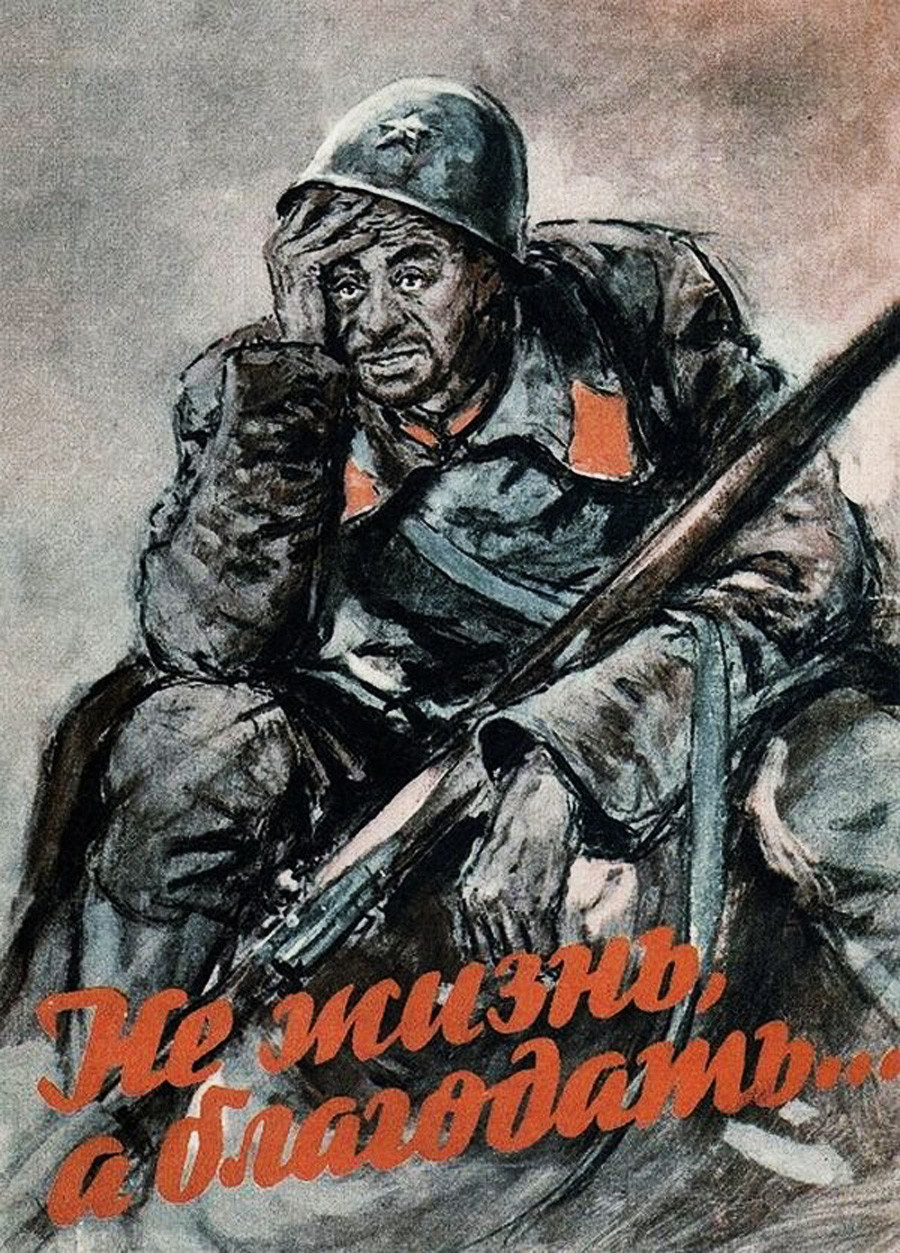 This poster shows how unhappy a Soviet soldier is, since he is forced by Communist commissars to fight. The fact that millions of Soviet people voluntarily went to protect their homeland is ignored. 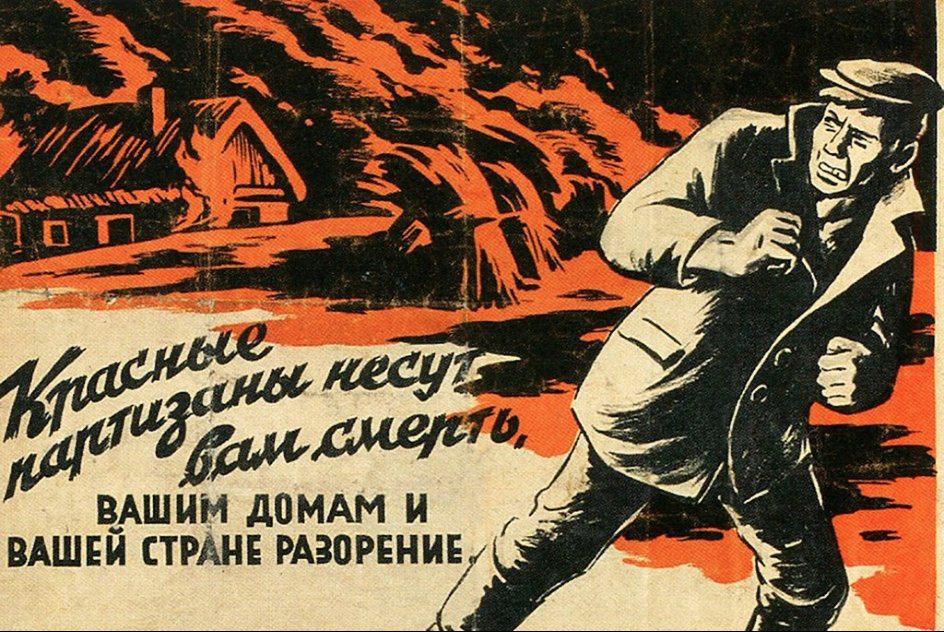 Germans who suffered most from partisan activity tried to defame partisans in the eyes of the Soviet people. “Red partisans bring death to you and devastation to your homes and your country.” 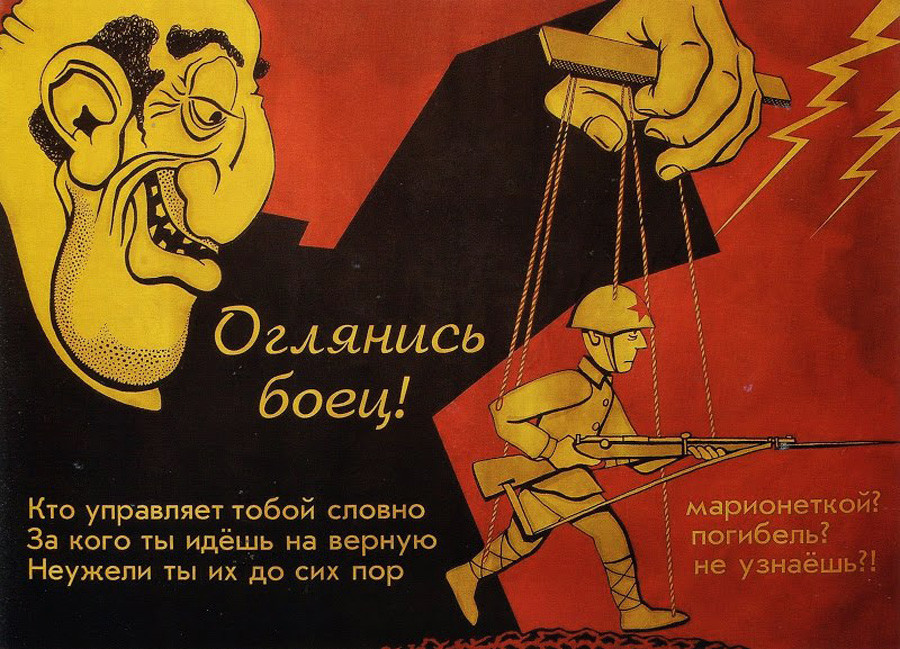 The Soviet soldier, according to the German propagandists, is not a defender of the Motherland, but a puppet in the hands of the Jews. “Look behind you, soldier!” the poster says, “Who is your puppet-master? For whom do you go to certain death? Haven’t you yet realized?” 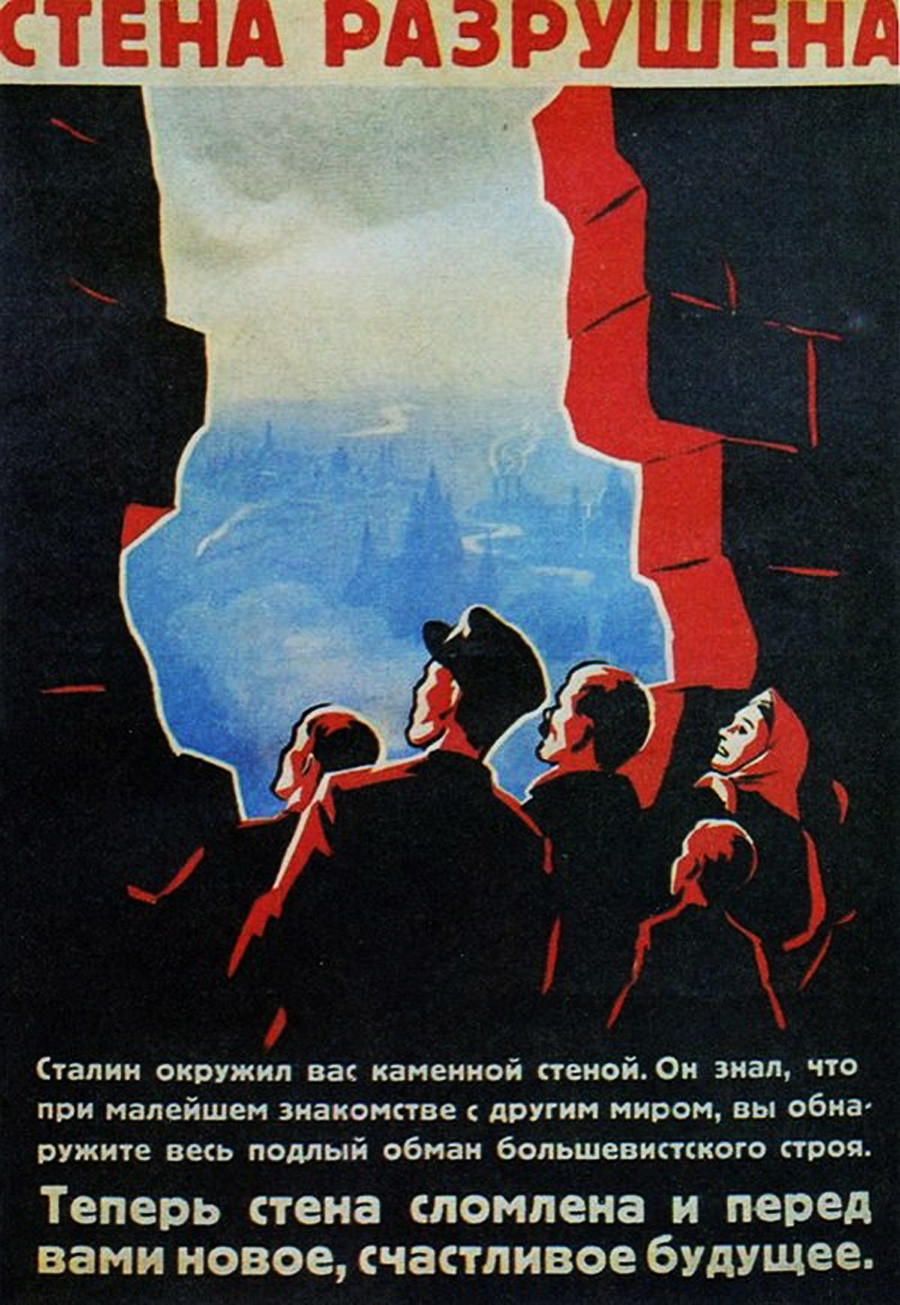 “The wall has been destroyed!” the poster says. Stalin has isolated the Soviet Union from the rest of the world so people can’t compare and understand all the falseness of the Bolshevik regime. “Now the wall  has been destroyed, and a new happy future awaits you!” 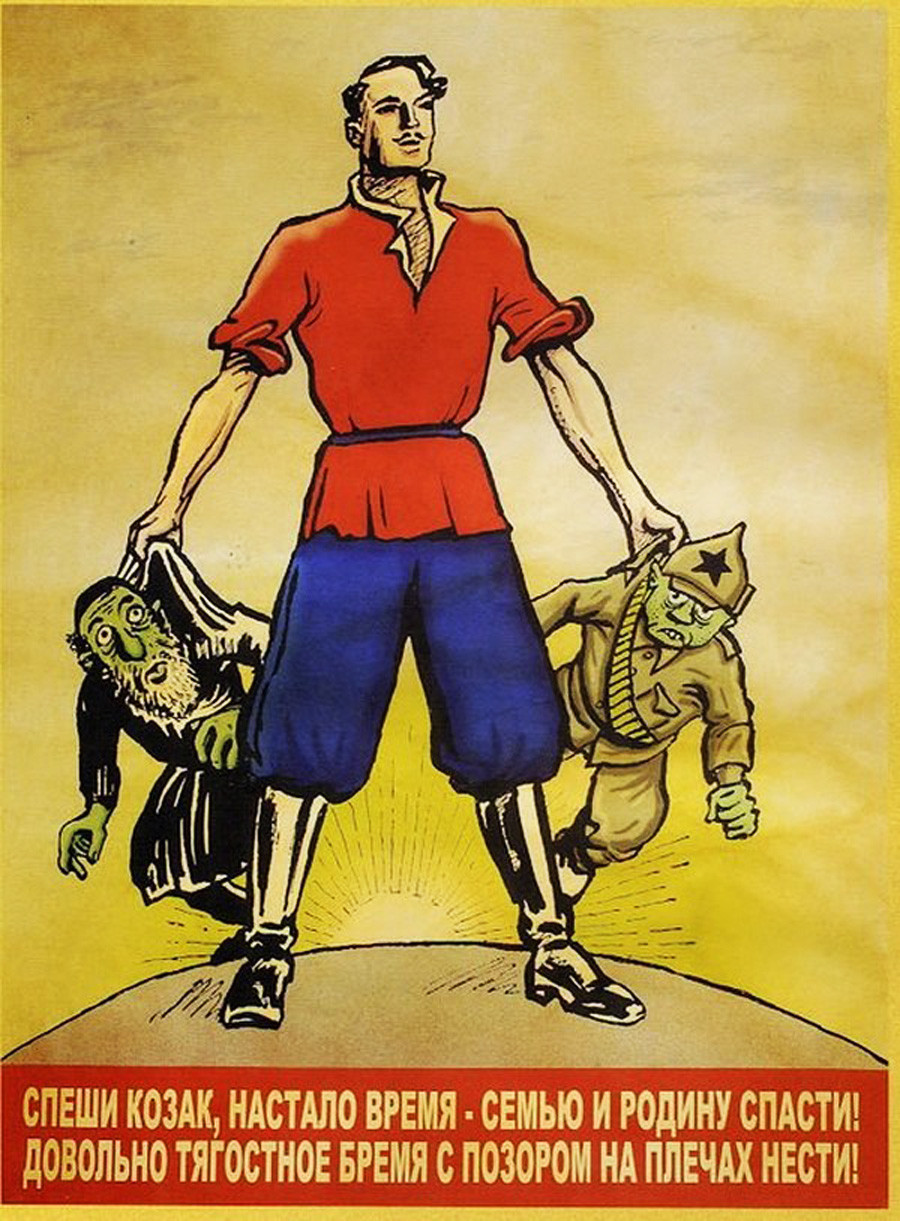 This poster was made specially for the Cossacks, a huge social group in southern Russia who had complicated relations with Soviet Russia. The poster calls upon Cossacks “to save [their] family and Motherland” by eliminating Communists and Jews. 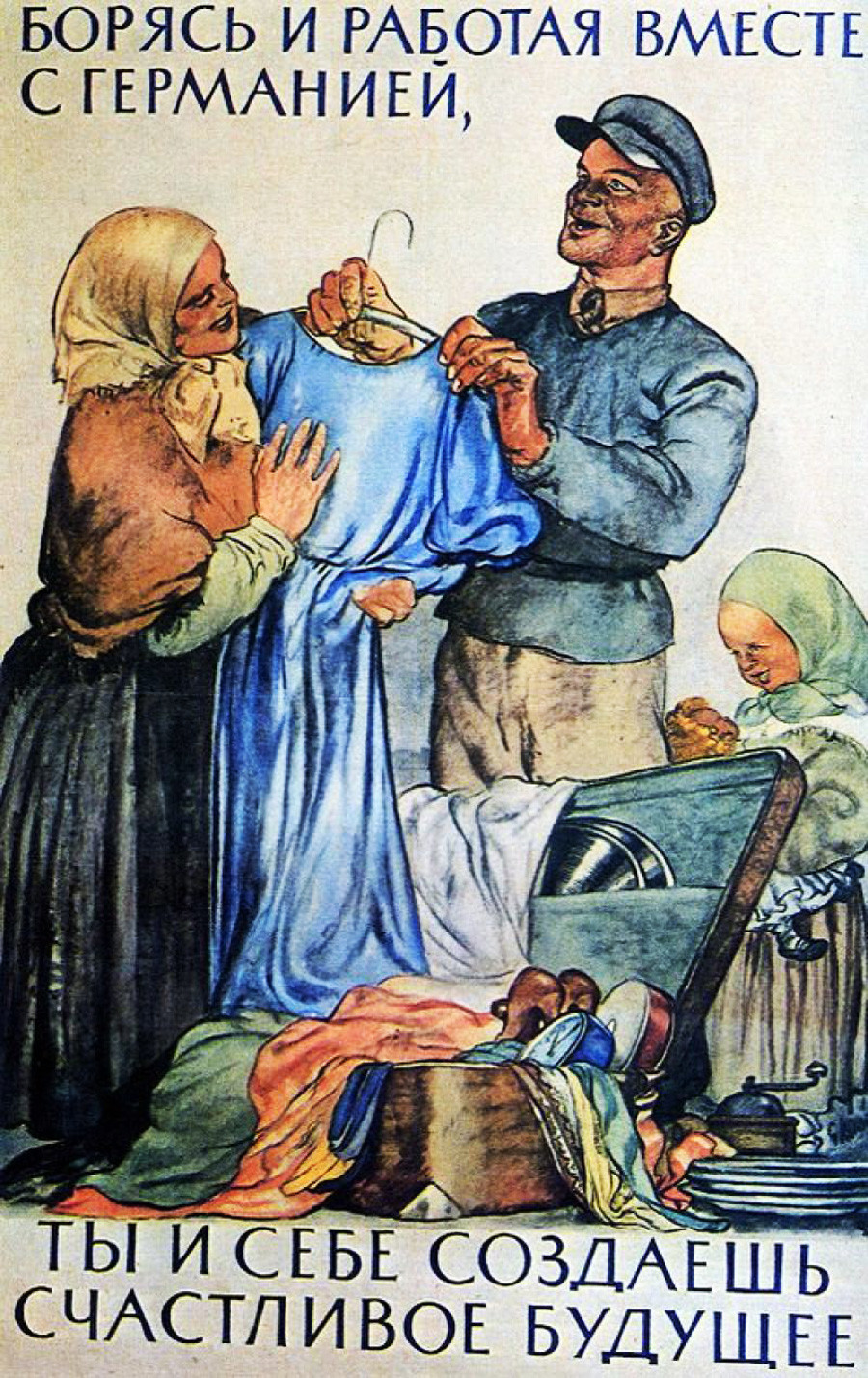 Another propaganda poster calls upon Soviets to stand alongside the Third Reich: “By fighting and working with Germany, you are creating a bright future for yourself.” 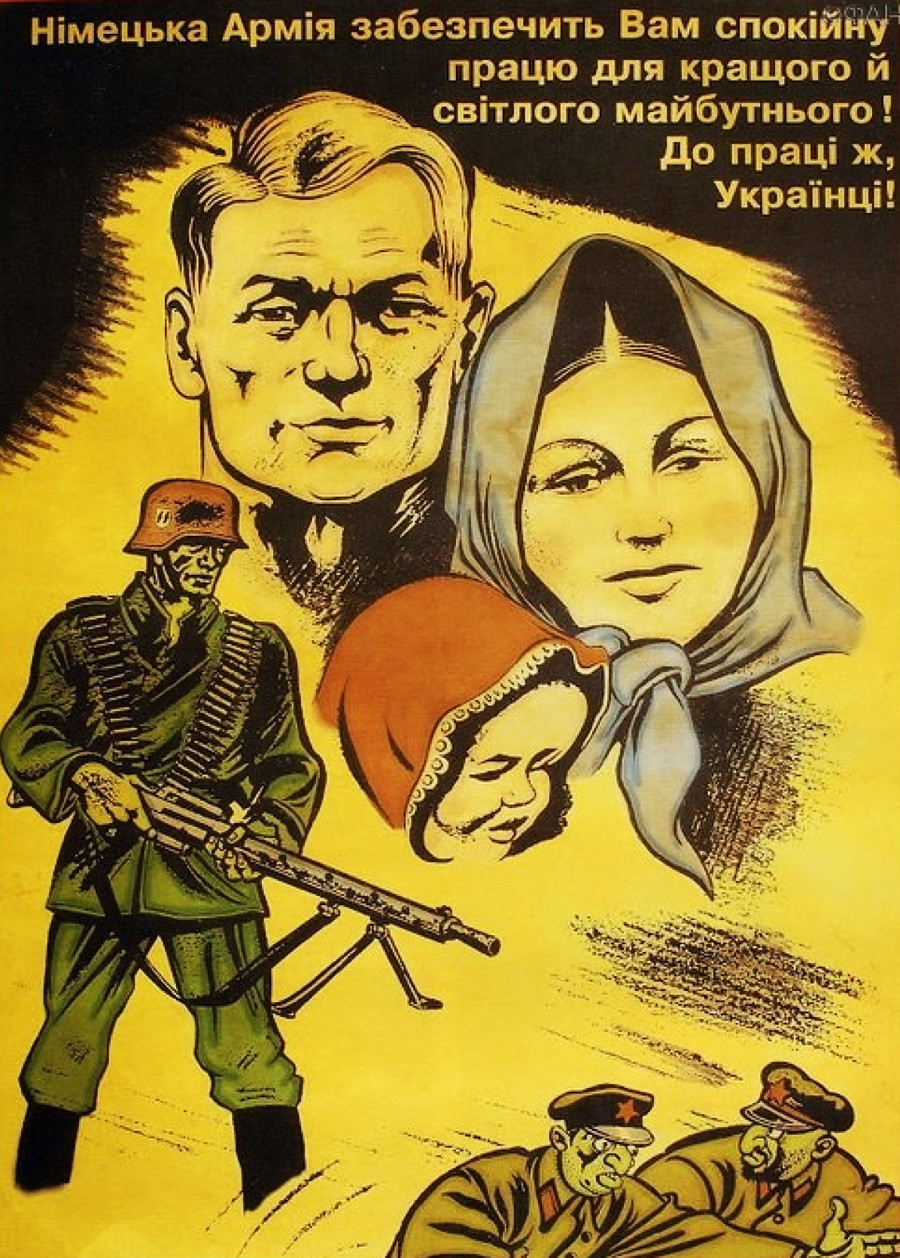 Made for the Ukrainians, this Ukrainian-language poster promises that the German Army will protect them while they work for the great future. 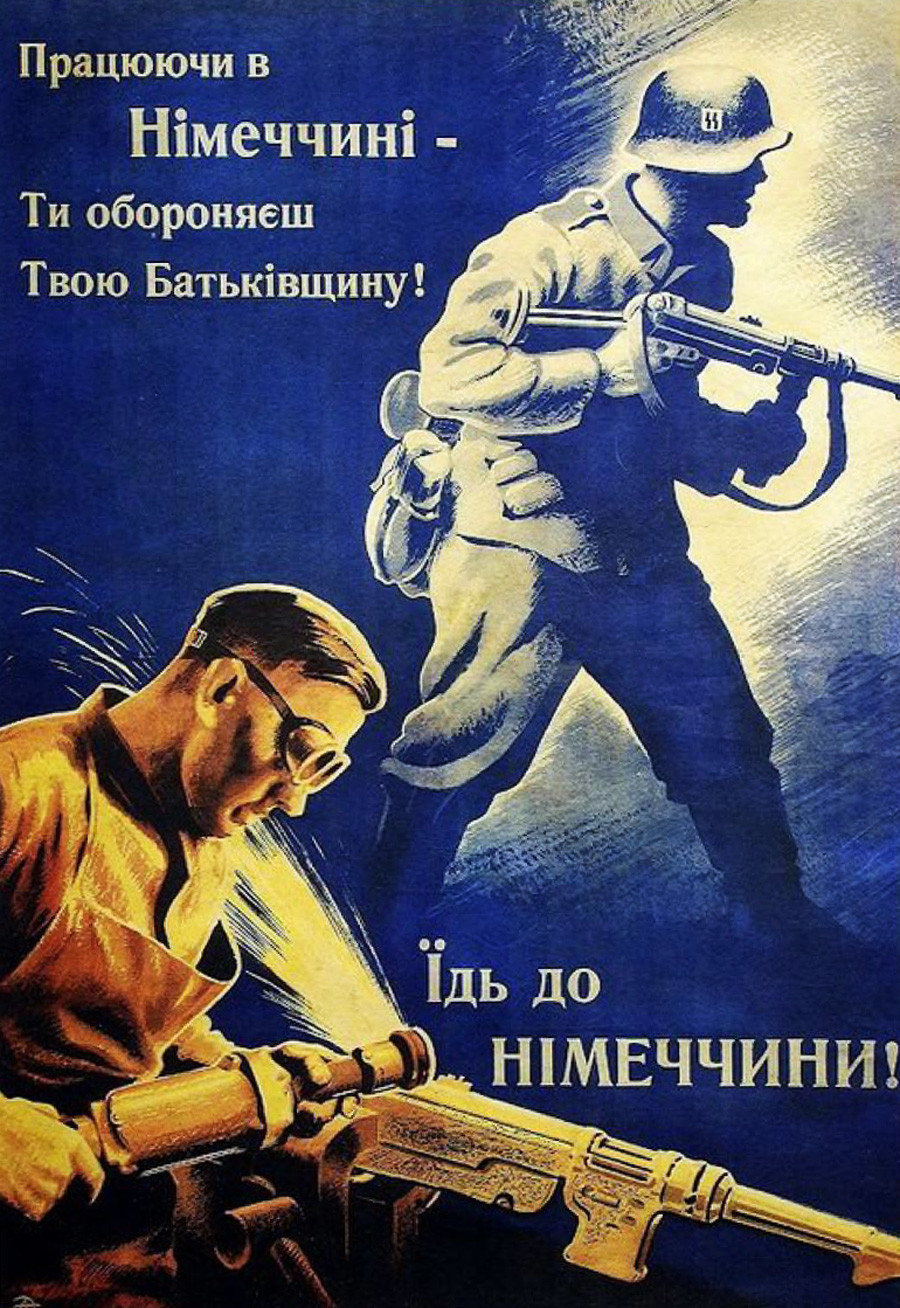 Another poster for the Ukraine calls upon people to go to Germany to work. “While working in Germany, you are protecting your country,” it says in Ukrainian. 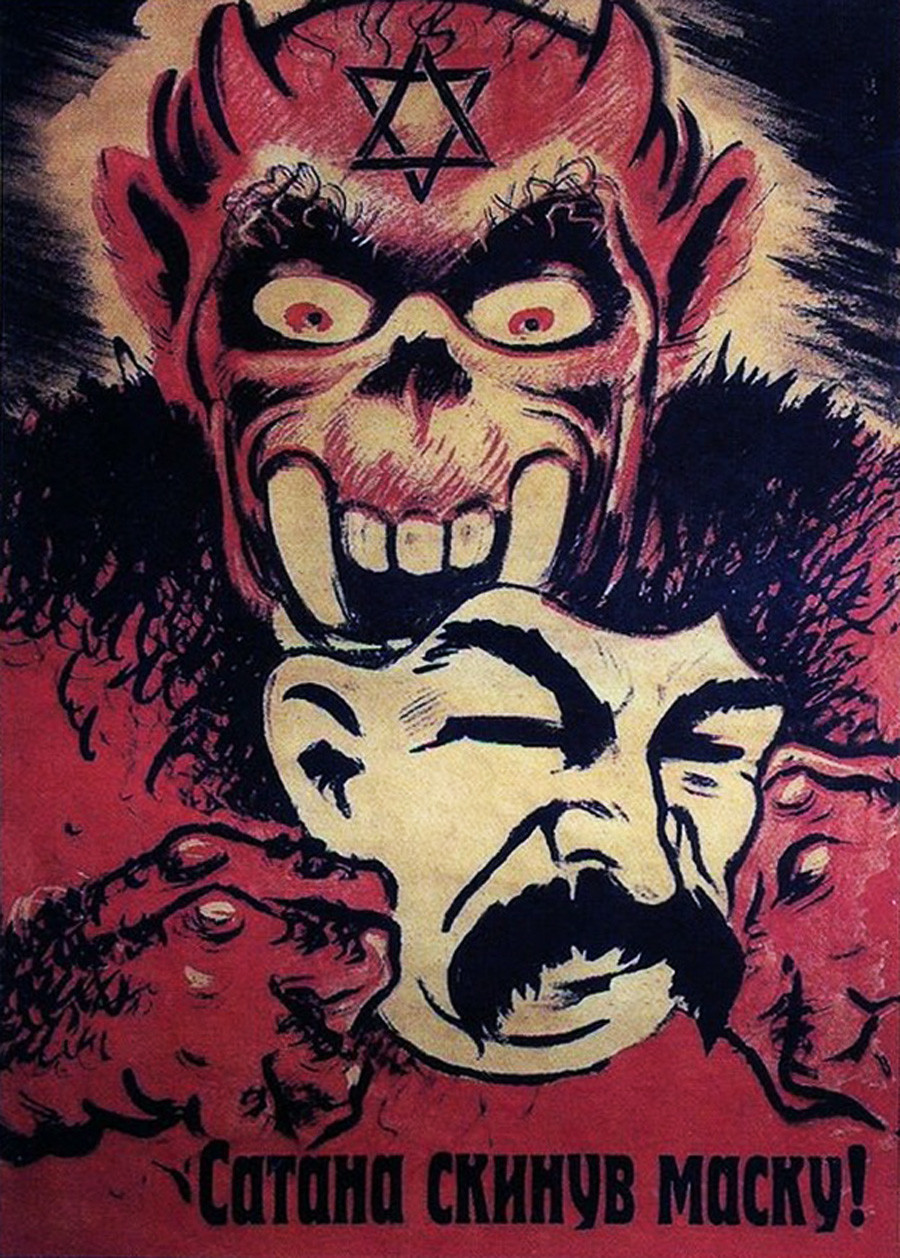 “Satan’s mask has slipped,” says the poster, showing that Stalin is in fact the devil in disguise (remarkably with a Star of David on his forehead). 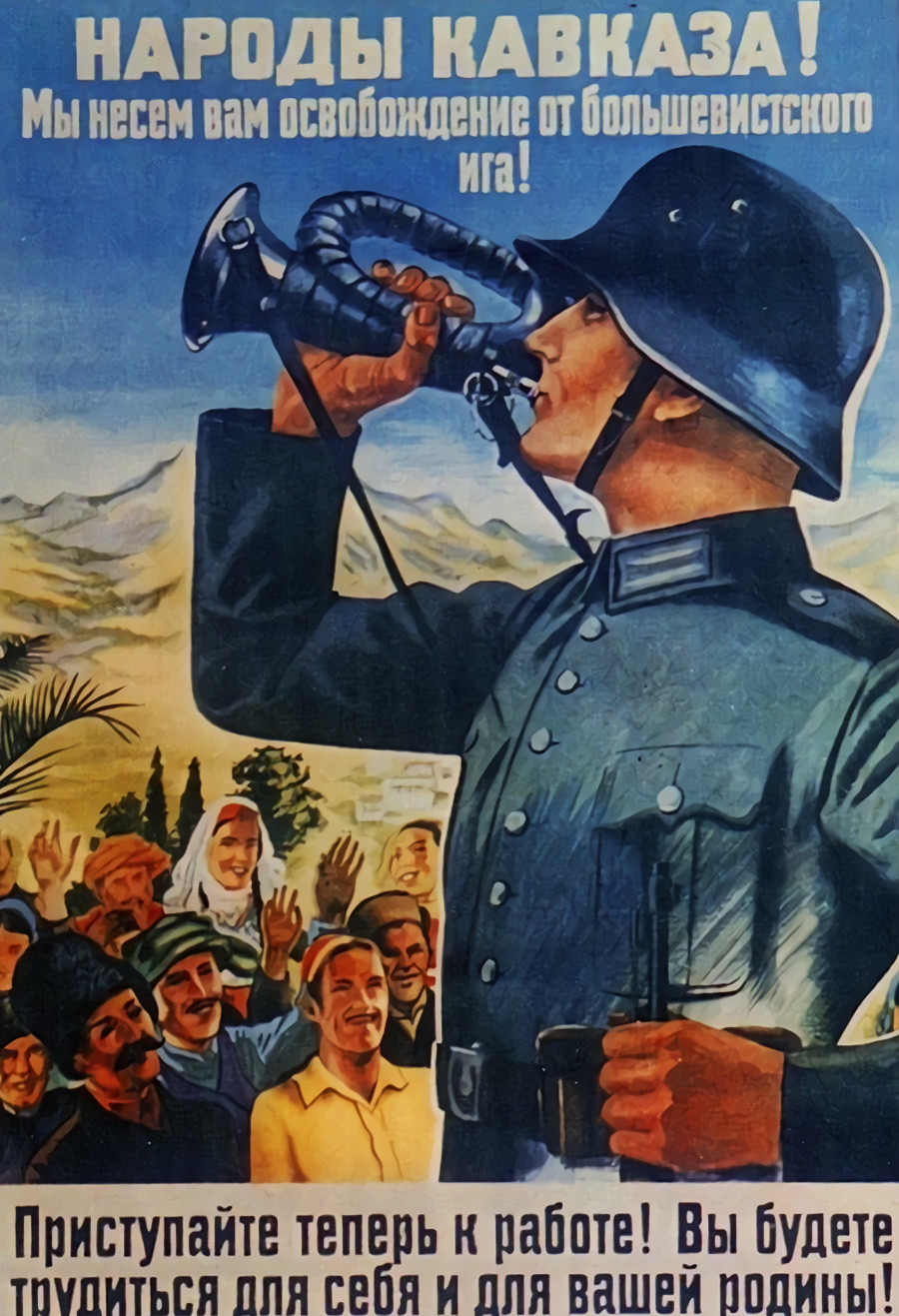 This propaganda poster aimed at people in the Caucasus calls on them to start working for the prosperity of their homeland and themselves. “We are bringing you liberation from the Bolshevik yoke!” it says.