When did the Russian national team suffer the hardest defeat in its history? 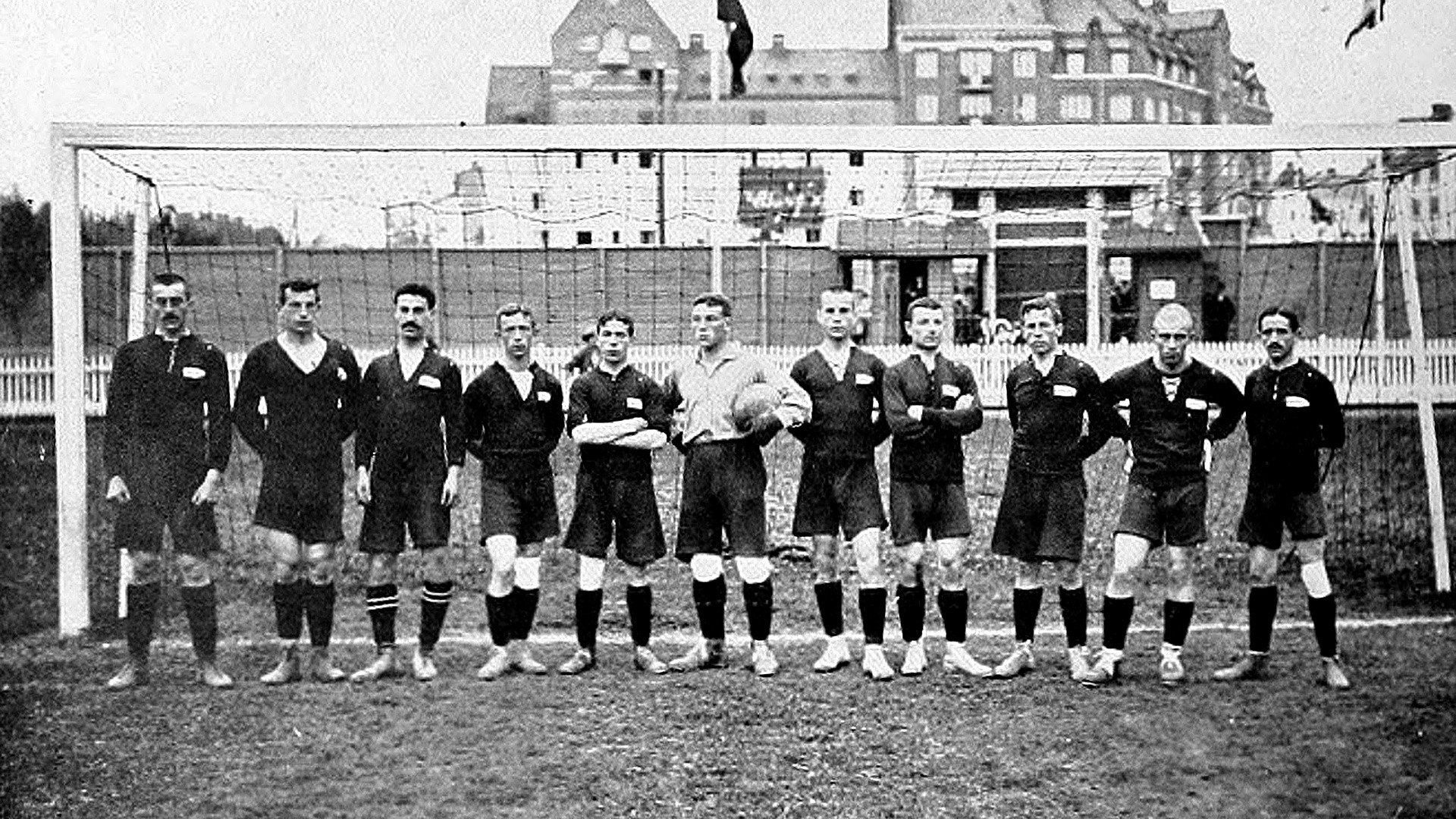 The Russian Empire national team at the 1912 Olympics.

Public domain
The Soviet national soccer team couldn't draw on the experience of its predecessors — the Russian Empire national team, which totally vanished along with the country. But that was for the best, since the history of the latter is one of constant crushing defeats and sporting humiliations.

Brought to the Russian Empire by the British in the late 19th century, soccer gradually spread across the country. In the early 20th century, several soccer leagues were established with the strongest ones based in St. Petersburg and Moscow.

The first unofficial international matches involving Russian teams were held only in the early 1910s. The teams, formed from the best players from St. Petersburg and Moscow, competed against Prague’s Slavia, which played under name “Corinthians.” It was common practice in those days for clubs to adopt different names during unofficial tours.

The Bohemians were defeated twice: 5-4 in St. Petersburg and 1-0 in Moscow. Unfortunately, these were the last international victories in the history of Russian prerevolutionary soccer.

The euphoria turned into a cold shower the following year, when English players came to visit St. Petersburg. The “fathers of soccer,” playing under the name “English Wanderers,” completely crushed the St. Petersburg team in three matches with the aggregate score of 32-0 (14-0, 7-0 and 11-0).

Two national teams instead of one?

In 1912, Russia was preparing for the Olympic Games in Sweden. The main question was who would represent the national soccer team of the Russian Empire. Leaving all rural leagues aside, St. Petersburg and Moscow decided between themselves which players would go to Sweden. 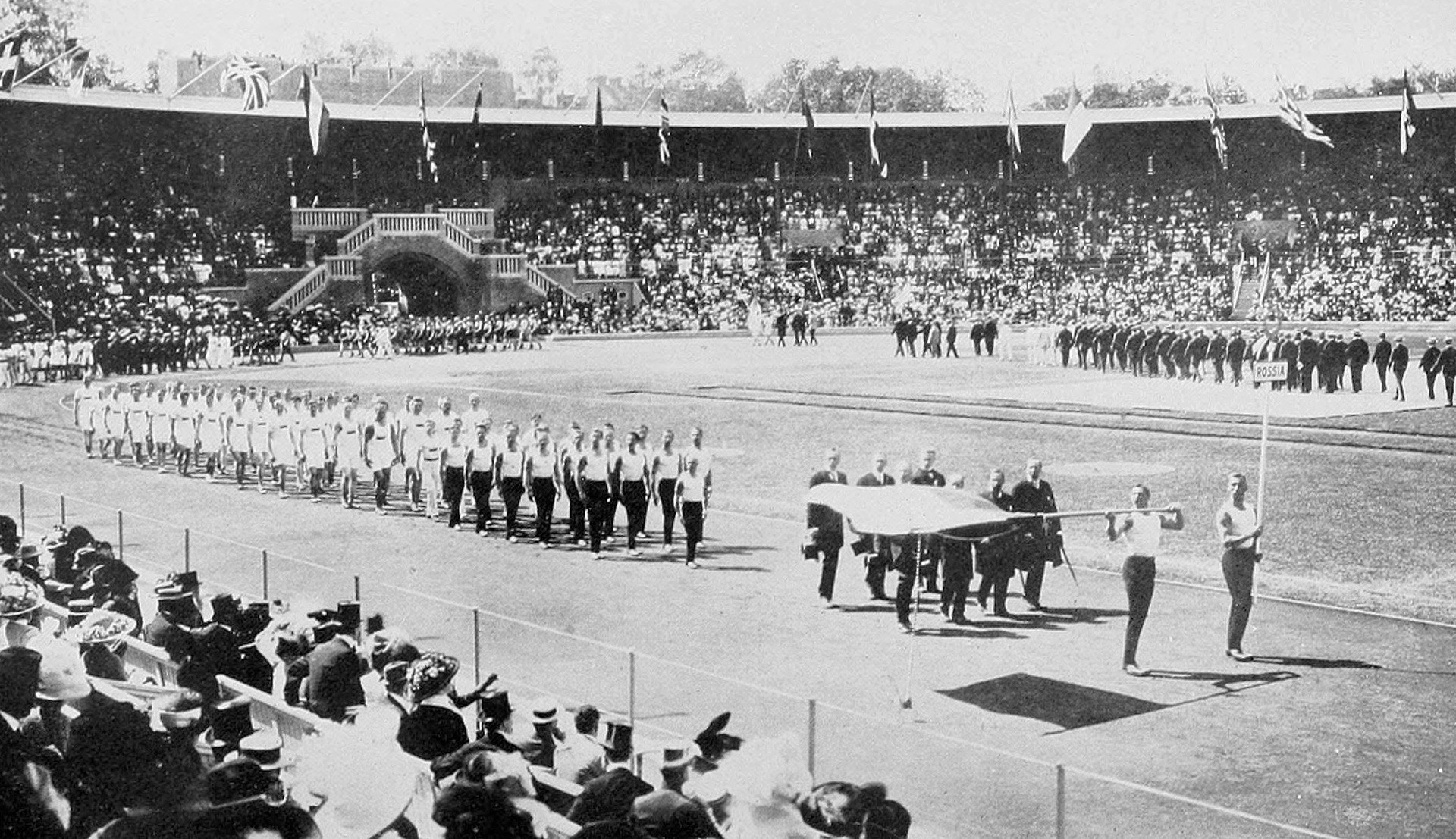 Russian athletes at the opening of the Olympic games in Sweden.

The tensions were so high that the All-Russian Football Union even appealed to FIFA with a request to allow two national teams from Russia to take part in the competition. However, the application was rejected.

The conflict between Moscow and St. Petersburg had to be resolved by a match, which was held on March 13, 1921, a month before the start of the Olympics. Neither side could countenance defeat, and the game duly ended 2-2. In the end, it was agreed the Russian Empire national team had to be formed from players of both cities.

The competition draw in those days was such that several teams could pass the first round directly to the quarter-finals without needing to play any games. Among the lucky ones was the team of the Russian Empire.

In the quarter-final the Russian team faced Finland. Despite the latter being part of the Russian Empire, it had its own soccer league and the right to field its own national team. The Russian team lost the match 2-1 and left the tournament.

The teams that lost in the main competition could participate in the so-called “consolation tournament” organized within the Olympics. The Russian team faced Germany and lost 16-0. 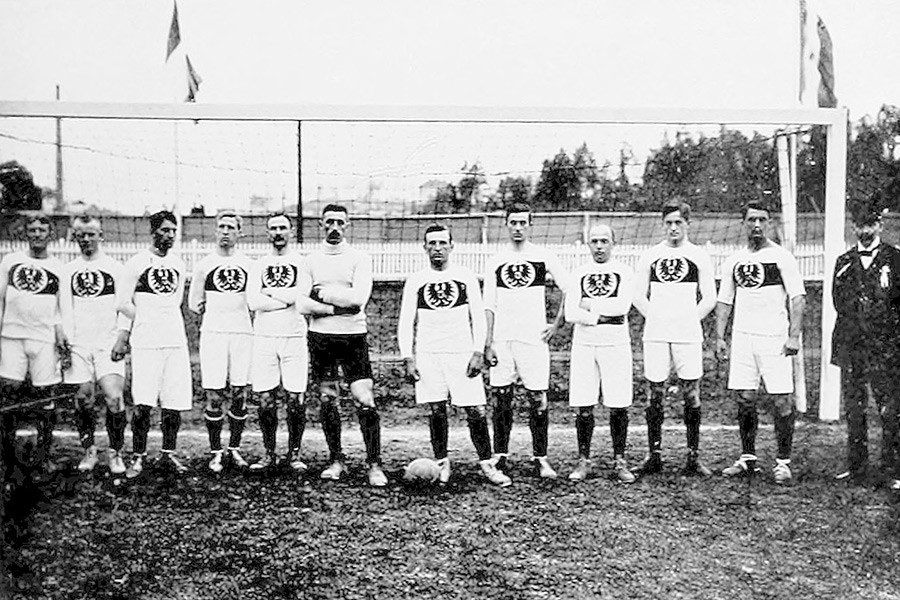 German players before the match with the Russian Empire national team.

To this day, this match remains the largest and most humiliating defeat in the history of Russian soccer. It was dubbed a “sporting Tsushima,” a reference to the Russian Navy’s obliteration in 1905 during the war against Japan.

Russian prerevolutionary soccer died along with the Russian Empire. All clubs, leagues, and the national team were consigned to oblivion. As for the players, their fate was very different.

Some of them were killed on the battlefields of WWI, and many died in besieged Leningrad during WWII. There were also unusual cases.

For instance, the butter-fingered goalkeeper Lev Favorsky, who let in 16 goals against the Germans, completely changed his professional activity after an injury in a game versus Hungary in 1912. He gained a Ph.D. in chemistry, and conducted research and teaching. 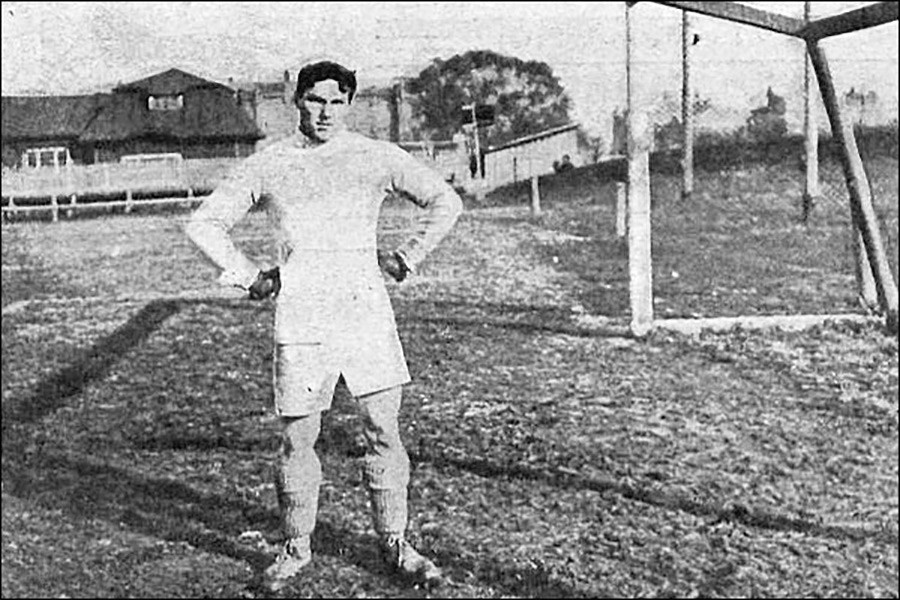 After the 1917 Revolution, defender Pyotr Sokolov emigrated to Finland, where he worked for British intelligence and Finnish propaganda during the Winter War (1939-1940) and WWII.

When the horrors of the First World War and Civil War had passed, soccer in Russia started to recover, and in 1923 the Soviet team was established. Much stronger than its predecessor, it soon won a reputation as one of the best teams in the world.

Find out who Russians call the greatest player in the history of the country.