Pushinka the dog: How a Soviet space dog’s puppy wound up living in the White House 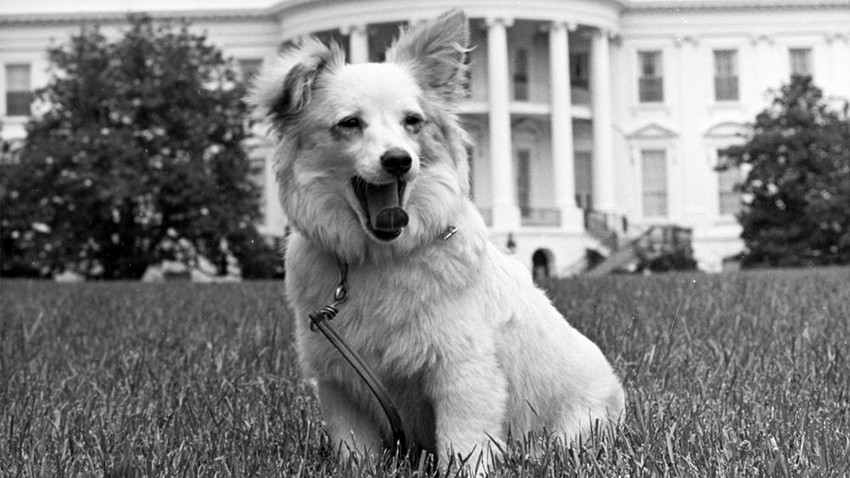 The Soviet dog Pushinka, full of grace and dignity, yawns in front of the White House.

Robert Knudsen. White House Photographs. John F. Kennedy Presidential Library and Museum, Boston
No matter how high Cold War tensions got, no matter how intense the space race became, even enemies were united by a love of dogs. One example of this is the story of Pushinka (“Fluffy”), one of the famous cosmonaut dog Strelka’s puppies, who settled down with the Kennedys.

In June 1961, John Kennedy wrote to the Soviet leader Nikita Khrushchev, “Dear Mr. Chairman…Mrs. Kennedy and I were particularly pleased to receive ‘Pushinka.’ Her flight from the Soviet Union to the United States was not as dramatic as the flight of her mother, nevertheless, it was a long voyage and she stood it well.”

Pushinka’s mother was Strelka, the famous cosmonaut dog who, along with her colleague Belka, flew to orbit in 1960. Belka and Strelka became the first living creatures to successfully travel to space and back and became national heroes of the USSR. 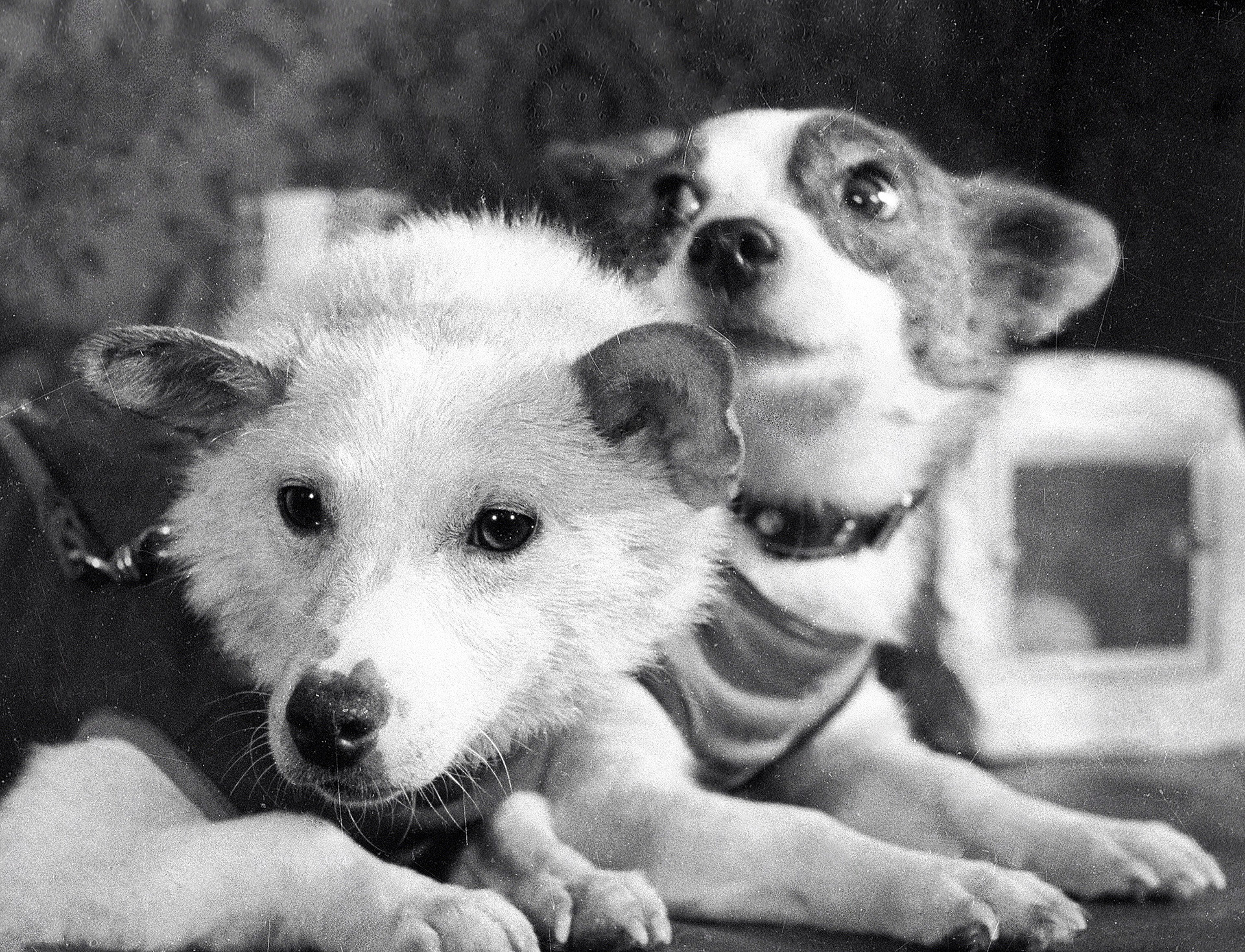 Belka and Strelka. Strelka, Pushinka's mother, is on the right.

Both Belka and Strelka were ordinary dogs who had been found on the streets—certainly not purebreds of any sort. “Their life wasn’t easy: cold, hungry…it was natural for them to adapt to different circumstances,” Adilya Kotovskaya, a scientist who worked with space dogs, explained in an interview. After their astonishing journey, they went back to being ordinary dogs. Strelka gave birth to six puppies, one of whom was given to Kennedy.

Caroline Kennedy, JFK’s daughter and the U.S. ambassador to Japan from 2013-2017, recalls that it was her mother, Jackie Kennedy, who made the whole thing happen, albeit unintentionally. “She was sitting next to Khrushchev at a state dinner in Vienna…running out of things to talk about, my mother asked about Strelka's puppies,” Caroline Kennedy was quoted as saying by the BBC.

Several months later, Khrushchev, who could be rather generous and polite from time to time, sent one of the puppies, Pushinka, to the White House. After all, the dog was completely white as well – and fluffy (which is what her name means in Russian).

“It was something like they were transporting a prince,” is how Kotovskaya recalls the transportation of Pushinka from the lab she had been living the American embassy. A big Soviet-American delegation secretly took Pushinka and transferred her to Washington, D.C.– a matter of state importance, in short! 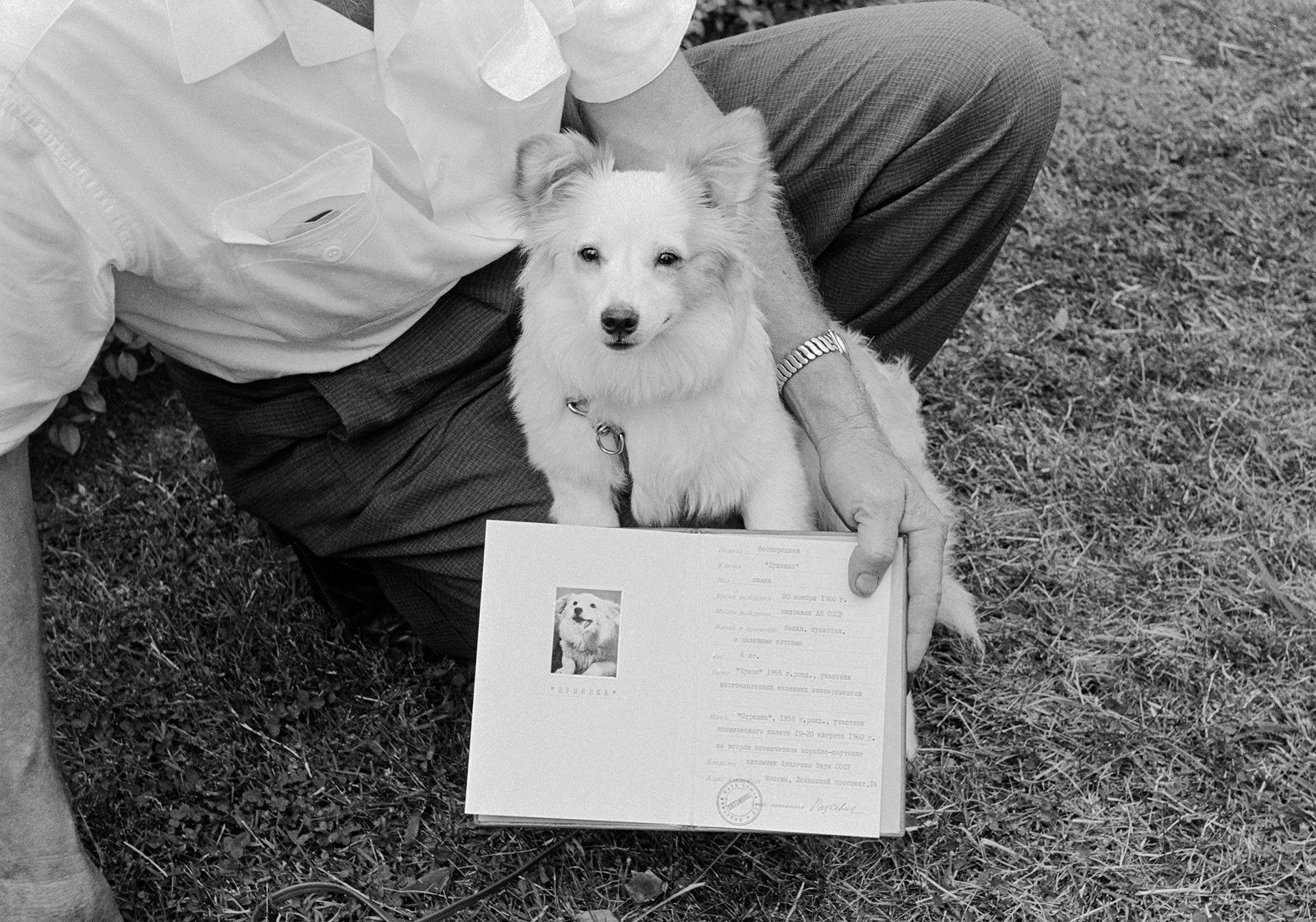 Pushinka with her Russian passport (yes, she had one!) soon after her arrival to the U.S.

Kennedys loved dogs, and Pushinka joined four others in their family—Wolf, Clipper, Charlie Shannon. As a descendant of mongrel dogs, she certainly had no trouble with language barriers, and the presidential family, especially the kids, quickly came to love with her.

Speaking at the JFK Presidential Library, Traphes L. Bryant, a White House employee who took care of dogs from time to time, recalled that when Pushinka arrived, “John said, ‘Bryant, let’s take Pushinka in dad’s room.’ I said, ‘John, you can. I can’t’ (as the president was in his private room.) John took Pushinka to his room.” So the dog met the president almost immediately after arriving.

There is one  story about a then four-year-old Caroline Kennedy meeting Pushinka. The story was related to David Heymann, author of American Legacy: The Story of John and Caroline Kennedy, by Caroline’s nanny. When Caroline reached to pet the dog the first time they met, Pushinka growled. “Instead of recoiling, Caroline stepped behind the dog and gave it a swift kick to the rear end,” Heymann wrote. When informed about the accident, JFK laughed and said, “That’s giving it to those damn Russians”

Of course, this was just a joke, and Pushinka lived happily in the White House from then on. Caroline, who greeted the Russian dog with a kick, seemed to be especially fond of her. According to Bryant, she once warned him against feeding Pushinka peanuts because “The vet said it wasn’t good for Pushinka.” So, the peaceful coexistence of superpowers was a real thing — at least for this one dog.

One of the other presidential pets, a dog named Charlie, also showed a keen interest in Pushinka. This led to the birth of four puppies whom JFK would call “” (“puppy” + “.”) “The president would fire questions at me,” Bryant recalled. “How long would the pups keep their eyes closed? When would they be on solid food? ... Would they have short or long hair?” 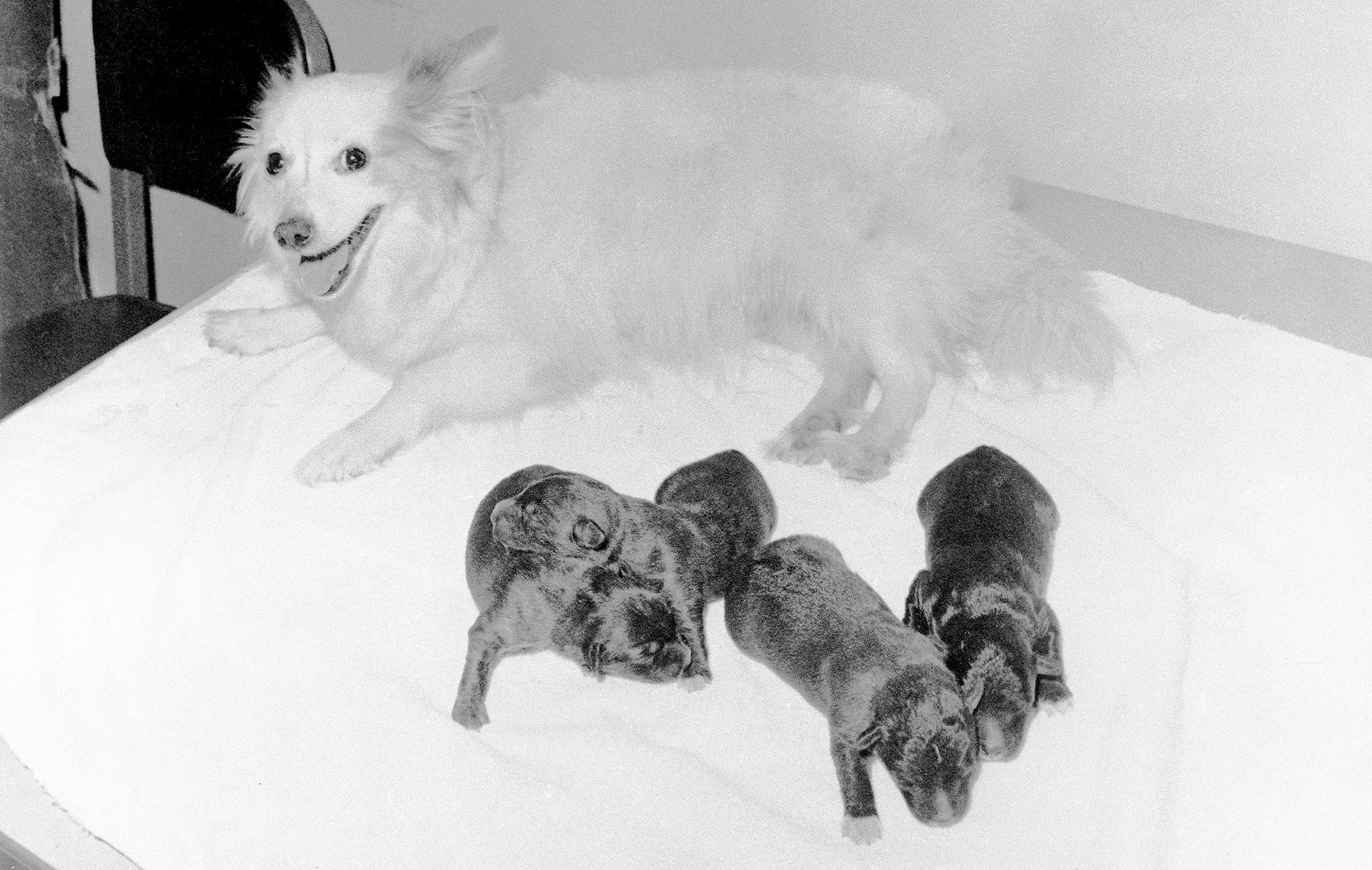 When America learned that two presidential dogs had had puppies, around 5000 people wrote to the White House asking if they could have one. Two of the puppies were actually given to children living in the Midwest, while two others ended up with the Kennedys’ personal friends. So, even now, with JFK, Khrushchev and Pushinka all long , numerous descendants of a Soviet space dog continue to run and play somewhere in America.

Not only Pushinka the dog – JFK’s alleged murderer Lee Harvey Oswald also had connections with Russia. Want to know which? Read our article and find out!