Why does a Californian tribe pray in a St. Petersburg museum? 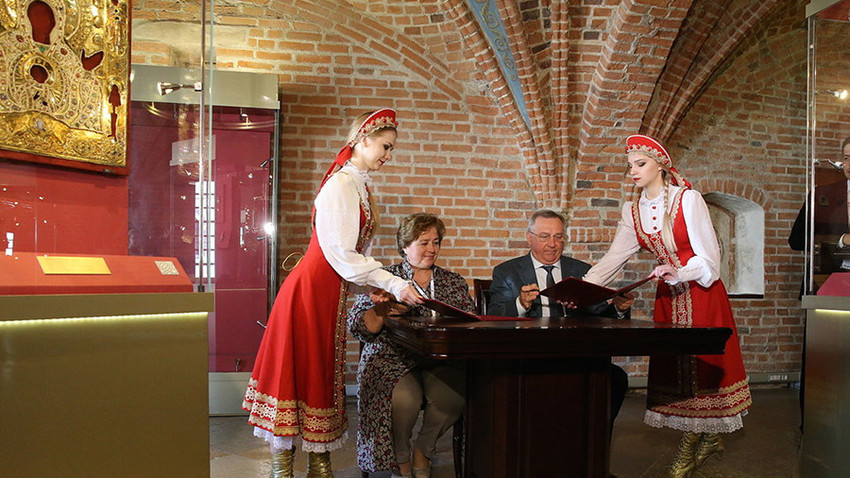 Press Photo
During a forum in the city of Novgorod the Great, Russian and U.S. experts talked about the cultural and historical ties between their countries. And there were many unexpected discoveries.

In Russia and the U.S. people remember that our countries were allies during World War II. Less known is the fact that Russia supported the North American colonists in their fight for independence from Britain at the end of the 18th century, and that Russia provided significant moral support to the Union during the war with the slave-owning Confederacy in the 1860s.

In addition, almost no one is aware that the American people expressed their gratitude to Russia for helping preserve the nation by enthusiastically receiving Grand Duke Alexander Alexeevich, son of Emperor Alexander II, during his four-month journey to the U.S. in 1871-1872.

These and many other episodes from the history of Russian-American relations were topics that leading specialists from Russian and U.S. archives shed light on during the International Fort Ross Dialogue Conference, which took place at the end of May in the city of Novgorod the Great.

The forum was held for the first time in California, where Russia’s southernmost settlement, Fort Ross, once stood. Today, it’s a museum and park, located on the edge of a cliff overlooking the Pacific Ocean. Since 2017, the Fort Ross Dialogue has been held in Russia

“It is very important to study our common heritage and it’s necessary to make it as accessible as possible for citizens of both countries,” said Transneft president Nikolai Tokarev in his welcoming speech. Transneft, along with the American-Russian Chevron Oil and Gas Corporation and Sovcomflot, the main organizers of the Fort Ross Dialogue.

Echoes of the Cold War reverberated during the conference. “Whatever I say now, any word can be used as a reason to impose sanctions,” quipped Mikhail Shvydkoi, special representative of the Russian Presidential Commission on International Cultural Cooperation, as he opened the Dialogue.

Director of the Museum of Russian Art in Minneapolis, Minnesota Vladimir von Tsurikov, however, did not have time for jokes: “After the end of the Cold War, the U.S. decreased its budget for studying the Russian language and for training specialists on Russia. Cultural exchange programs that existed during the Cold War are being . Today, Americans understand Russia worse than in the period when the USSR was considered an enemy. And it is this generation today that’s entering politics, and society has become more receptive to anti-Russian propaganda.”

Why is a St. Petersburg museum a place of pilgrimage for Native Americans?

Participants of the conference were shown unique historical documents and told very touching stories. Here is one of them.

The Kunstkamera Museum in St. Petersburg has become a place of pilgrimage for members of the Kashia tribe, who once lived on the lands where Fort Ross stood between 1812 and 1841. They visit St. Petersburg in order to pay homage to the household items that were once used by their ancestors 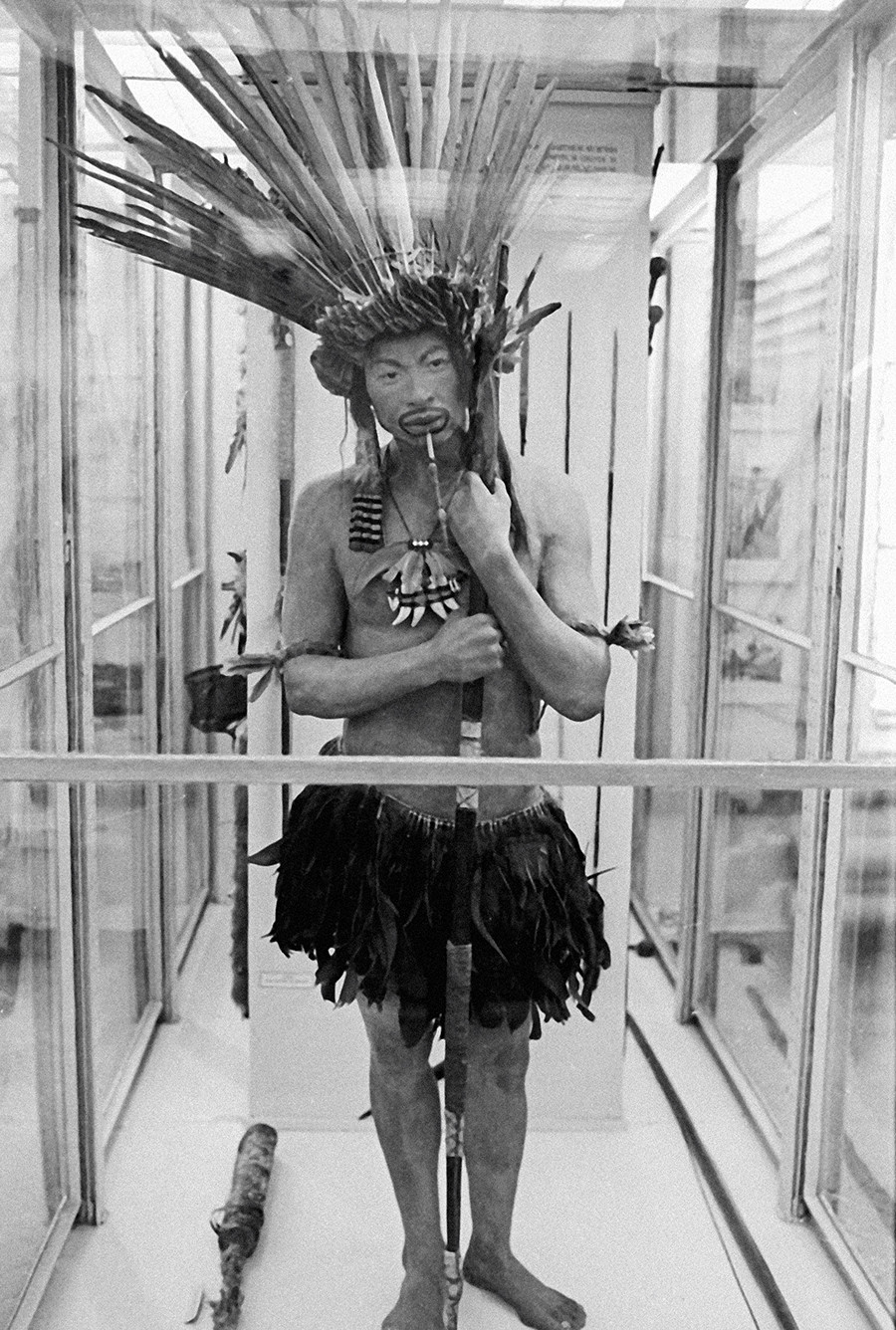 Figurine of Bororo tribe on display at the Peter the Great Museum of Anthropology and Ethnography (Kunstkamera) of Russia's Academy of Sciences.

objects were collected and preserved in the first half of the 19th century by Russian pioneers, navigators scientists. Today, these items teach Russian children the traditional Native American way of life: weaving baskets, reading traces on the ground and the snow, and etc.

“We had never seen such visitors before,” says Kunstkamera deputy director Yulia Kupina about the Kashia’s first visit in 2012. “They treated the exhibits as if they were spiritual objects. They prayed to them, and performed rituals.” 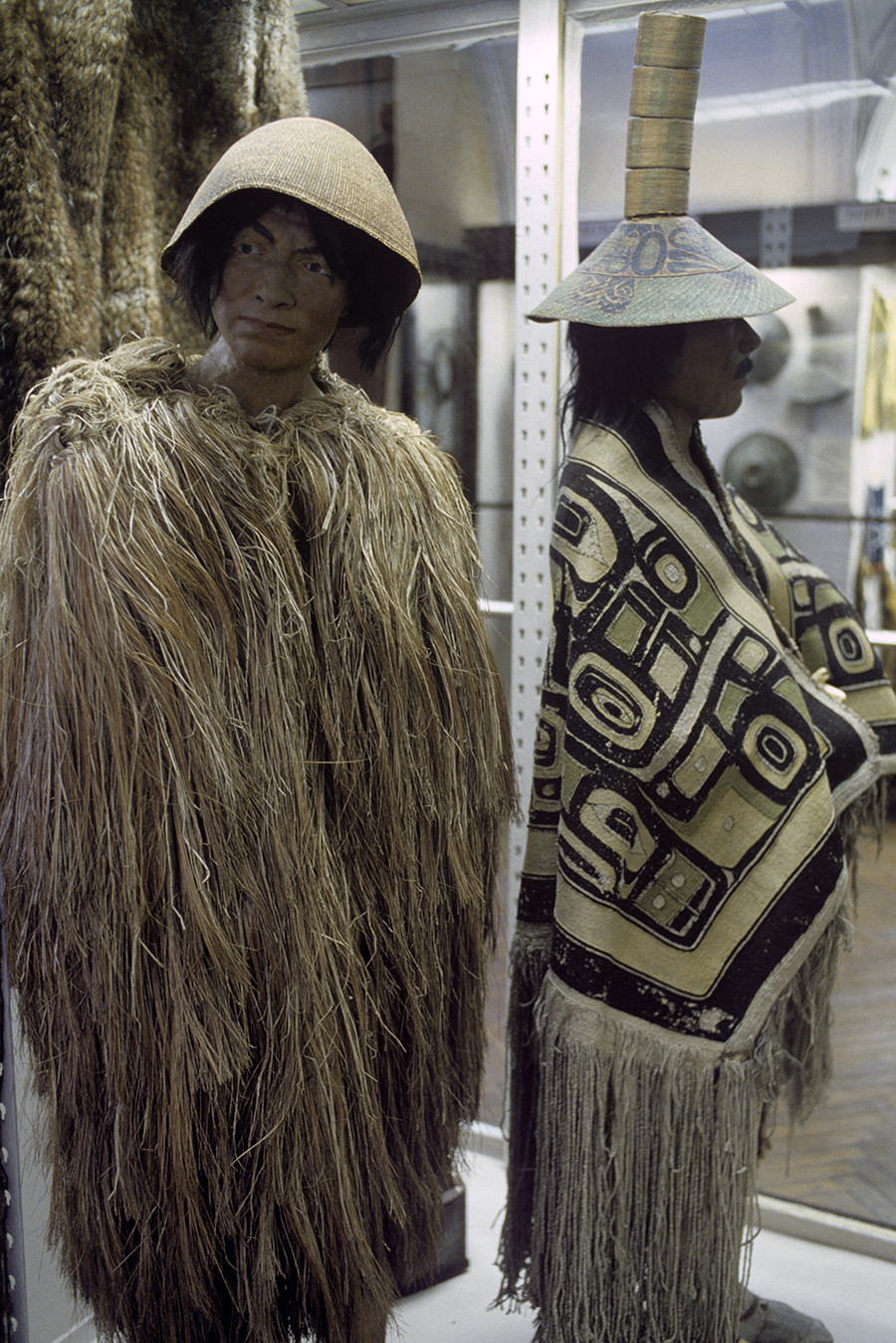 Native Americans wearing cloaks made of hay (left) and vegetable fibers. The 19th century. Showpiece of the Peter the Great Museum of Anthropology and Ethnography (Kunstkamera) of Russia's Academy of Sciences.

That visit inspired museum experts and the descendants of the ancient culture to create a scientific called Indians from Northern California, which will be published soon.

It was amazing how the lips of Kashia tribe representative, Pinola Billyrene, trembled and her voice broke when she studied the layout. “Our people’s culture and history were oral. Thanks to Russian researchers and scholars they now have flesh.”