Why did Stalin want to create a socialist paradise on earth for Swedes? 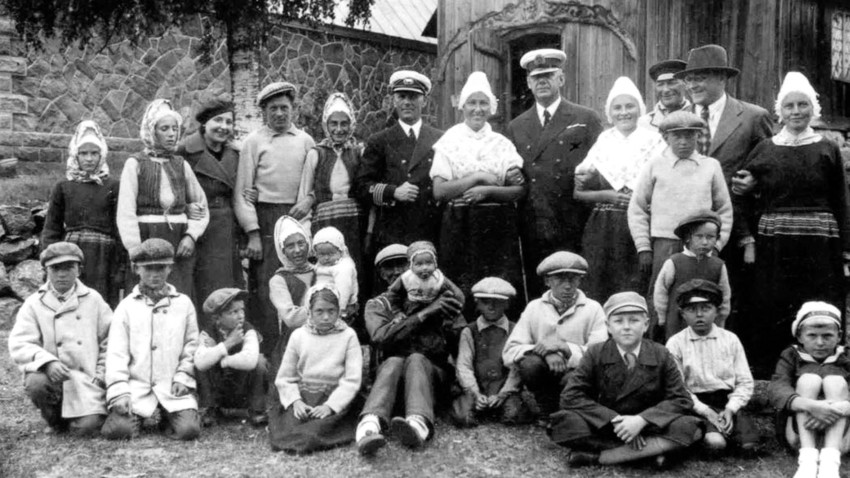 Estonian Maritime Museum
Estonian Swedes were chosen by Stalin to showcase the ideal Soviet life. They had to serve as a perfect example of how successfully the Soviets treated national minorities. But the experiment flopped.

For centuries, thousands of Swedes inhabited the territories of western Estonia and the Estonian islands, and they stayed there even when the so-called Stormaktstiden (“times of the Swedish Great Power”) were over, the Baltic Sea ceased to be a “Swedish lake” and Sweden left these lands.

When the Soviet Union annexed the Baltic States in the summer of 1940, almost 10,000 Estonian Swedes became citizens of the USSR. Close to the West, this national minority was quite different from the others in the Soviet Empire. Stalin and other Soviet leaders decided that it required special treatment and an exclusive way of communization.

Not much was known in the West about what was happening in the closed Soviet society. Still, the Estonian Swedes were an exception. For centuries they had been keeping contact with Sweden, which carefully monitored their fate and wasn’t going to stop doing so even after the Baltic States’ annexation by the USSR.

Since information spread through Sweden to other countries, it was important for the Soviet leadership to demonstrate to the world how well they treated this national minority. According to the Swedish journalist and historian John Chrispinsson, Estonian Swedes had to be seen in Western eyes as a Soviet showcase of the ideal life in the socialist paradise. (Link in Swedish)

This was especially important given that the Soviet Union had significantly worsened its relations with the West after the annexation of eastern Poland and the Baltic States, and the attack on Finland prior to WW2.

Despite the fact that the Swedish minority was small, great attention was paid to them at the highest level. The Communist regime widely supported Swedes’ national identity and language, underlining that Swedes could enjoy opportunities denied to them during the period of the Estonian nationalistic government, which had little concern for their national identity. 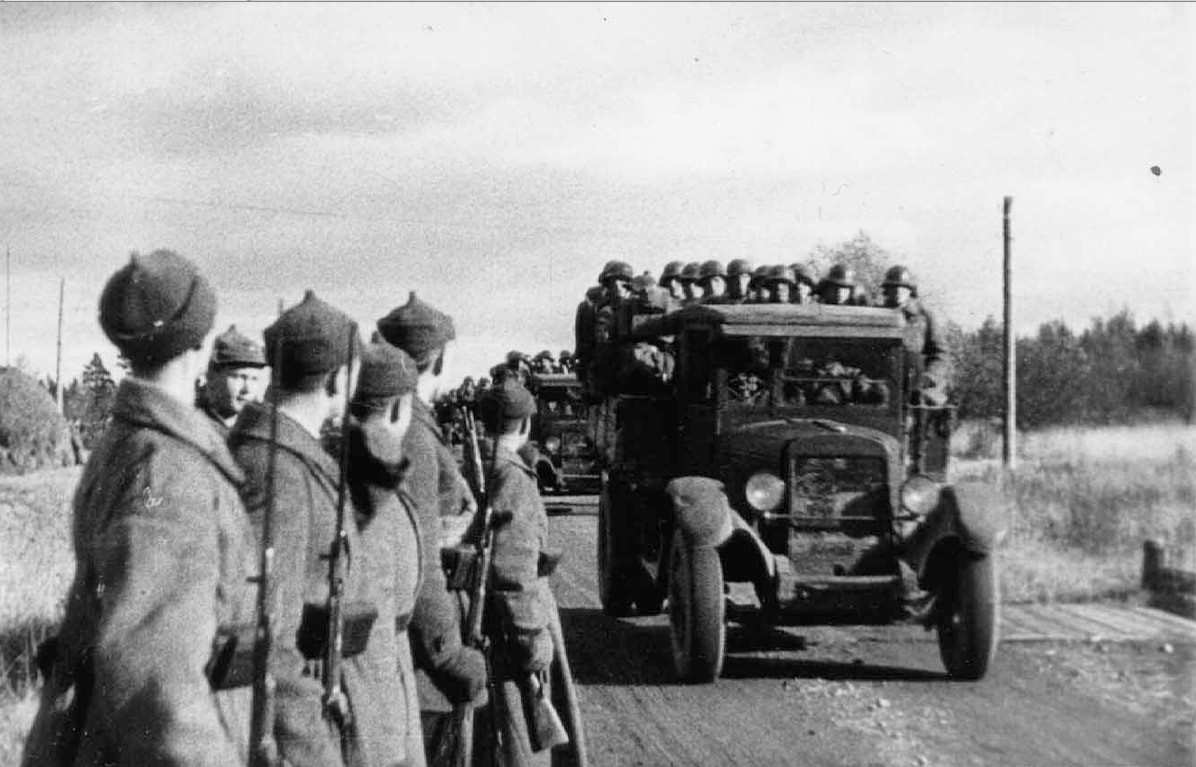 Two radio programs in Swedish were launched on national radio, which regularly aired on Thursdays and Sundays. Two ministers with knowledge of the Swedish language joined the government of the Soviet Estonia.

On October 17, 1940, the first issue of the Swedish-language Sovjet-Estland (Soviet Estonia) newspaper was published. It appeared several weeks before the same-name newspaper in Russian (one of the most important in the region) saw the light of day. Over 1,100 copies of Sovjet-Finland were regularly published and some of them were sent to Stockholm for the needs of the Swedish Communist Party.

Sovjet-Estland told readers about high unemployment and a deep crisis in Sweden, while Estonian Swedes “got national freedom and social welfare through socialism.” (John Chrispinsson. Den Glömda Historien, Stockholm, 2011). That’s why they had no reasons to miss their historical homeland, the newspaper said.

In the claustrophobic world of Soviet media, Sovjet-Estland remained one of few sources of information about the outside world for Estonian Swedes, yet still full of propaganda and lies.

The Swedish language was actively preserved in towns and cities of the West Estonian archipelago, where many Swedes resided: in the official names of streets and localities, and official documents.

Education was delivered in Swedish with school books rewritten according to the socialist standards. Schools that were closed after the Soviets came to the Baltic region were reopened. As a result, Birkas Folkhögskola (Birkas Folk High School), the cultural center of Estonian Swedes, located in western Estonia, had to introduce mandatory courses in Russian and ideological education.

The Soviet leadership contributed much to supporting the folk traditions of the Estonian Swedes and planned to organize annual festivals of their culture with sports activities, choral singing, traditional dances and folk theater. The first one was due to be held in July of 1941, but the war never allowed it to happen. 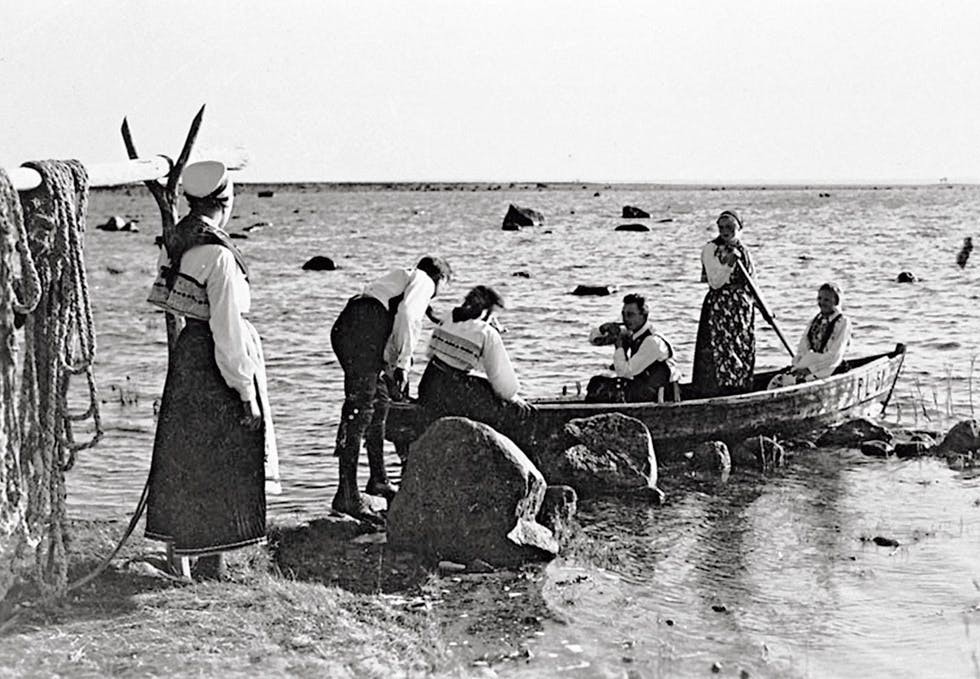 Plans were also declared for the “capital of the Estonian Swedes” Hapsal (Haapsalu) to become nothing less than the main resort for the whole Soviet Union.

The Soviets carefully carried out economic reforms towards Estonian Swedes, trying to avoid excessive pressure. Unlike other Soviet nationalities, they had enjoyed a free market for almost nine months since the annexation in July 1940. Only in April 1941 was it abandoned.

Large farm enterprises were divided between the new owners for permanent use. For instance, on Ormsö Island 85 small farms received more land at the expense of 45 larger ones. This divided society into the “haves” and “have nots,” and led to conflicts and resentment among neighbors.

Especially painful for the Estonian Swedes, whose main activity was fishing, was the requisition of their boats for two established fish kolhoz collective farms.

The Soviet way of life, especially the Soviet economy, didn’t chime with the Estonian Swedes. Revolution anniversary celebrations couldn’t replace Christmas and other religious holidays that were banned, and the country’s isolation and lost connections to the people’s historical homeland caused discontent.

During talks in January 1941 between the Swedish and Soviet Foreign Ministries, the Soviet side was told that over 5,000 Estonian Swedes wanted to leave the country. Yet the Soviet Union remained silent since it didn’t want to demonstrate to the world such mass emigration of its population.

However, the Soviets realized that the problem existed. In May 1941, at a meeting of the Central Committee of the Communist Party, it was declared that only two Swedes had joined the Communist Party during the whole time and over 90% of all Estonian Swedes wanted to leave the USSR. 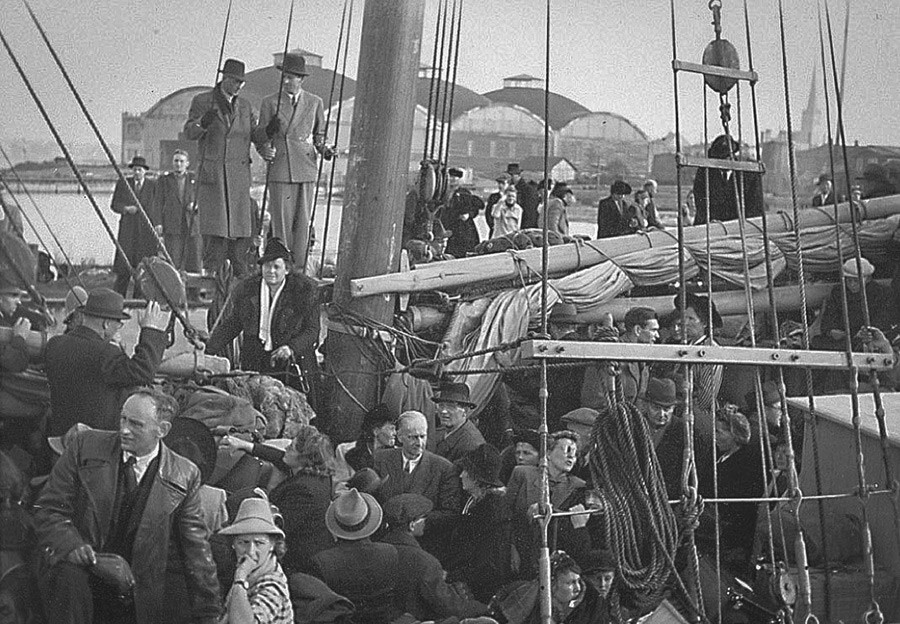 Estonian Swedes evacuating from Tallinn in 1944

Even in such circumstances the Soviet leadership didn’t want to stifle the population. It was proposed to lower taxes for them, including food tax (to ensure the mandatory delivery of agricultural products to the state), abandon conscription, and increase the number of radio programs in Swedish.

When the mass deportation of the local population from the Baltic States to the eastern parts of the Soviet Union began in June 1941, Swedes were again treated relatively softly. Only 36 people were deported to Siberia, compared to thousands of Estonians, Latvians and Lithuanians.

This strange romance between the Soviet leadership and the Estonian Swedes came to an end with the Great Patriotic War (1941-1945). When in 1944, the Soviet army entered the Baltic Region, over 7,500 out of 9,000 Estonian Swedes fled to Sweden.

Here you can read about Russia-Sweden tensions in the 1980s.