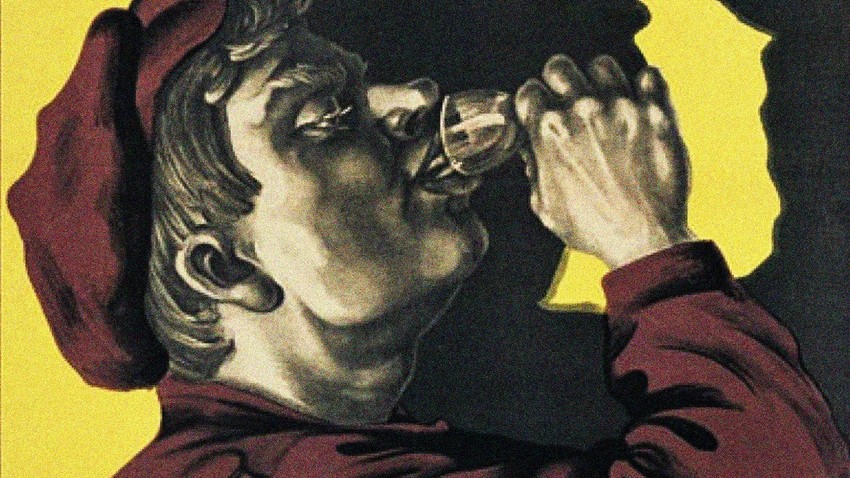 Getty Images
Everyone knows about Soviet vodka, but there was also Western-style hard alcohol. Some of it was good. Most of it wasn’t.

“Barley cat piss.” That’s how the characters in Eugene Goncharov’s novel Celebration of a Railway Man’s Day refer to Soviet Whiskey. The novel takes place in Vladivostok during the Cold War and at a time when the shelves were empty in stores all over the country. It was during this period that Soviet distilleries began producing their own versions of Western hard drinks. Thus began the story of whiskey, rum gin in the USSR. 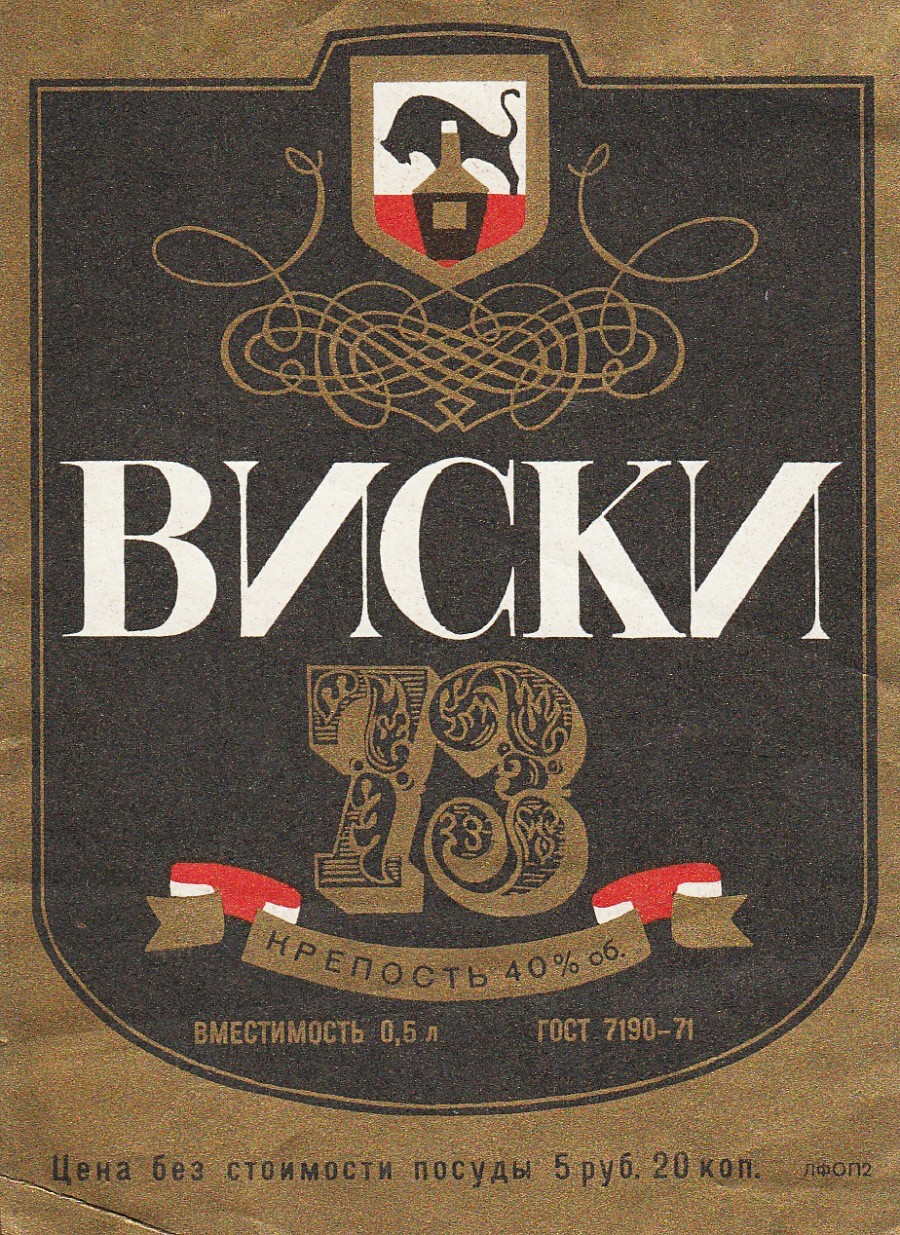 Soviet Whiskey went into production after World War II. As with whiskeys from elsewhere, it was made out of rye and dry barley malt and produced by Glavspirt—the main alcohol enterprise in the Soviet Union. Its makers described it as a “light-brown alcohol with a soft, slightly burning taste and a specific odor.” But the Soviet people had opinion, which is that it was neither vodka nor cognac and that it tasted more like a kind of medicine.

Another brand of Russian spirits was called Whiskey 73. At first, it enjoyed great popularity since people thought 73 stood for the strength of alcohol. However, sales fell quickly once people realized that the number just represented the year the brand was created—1973. It consisted of spirit, water, food coloring and a tincture medicinal herbs. The manufacturers did not disclose information about aging, but they did recommend drinking their whiskey by mixing it with three parts soda. 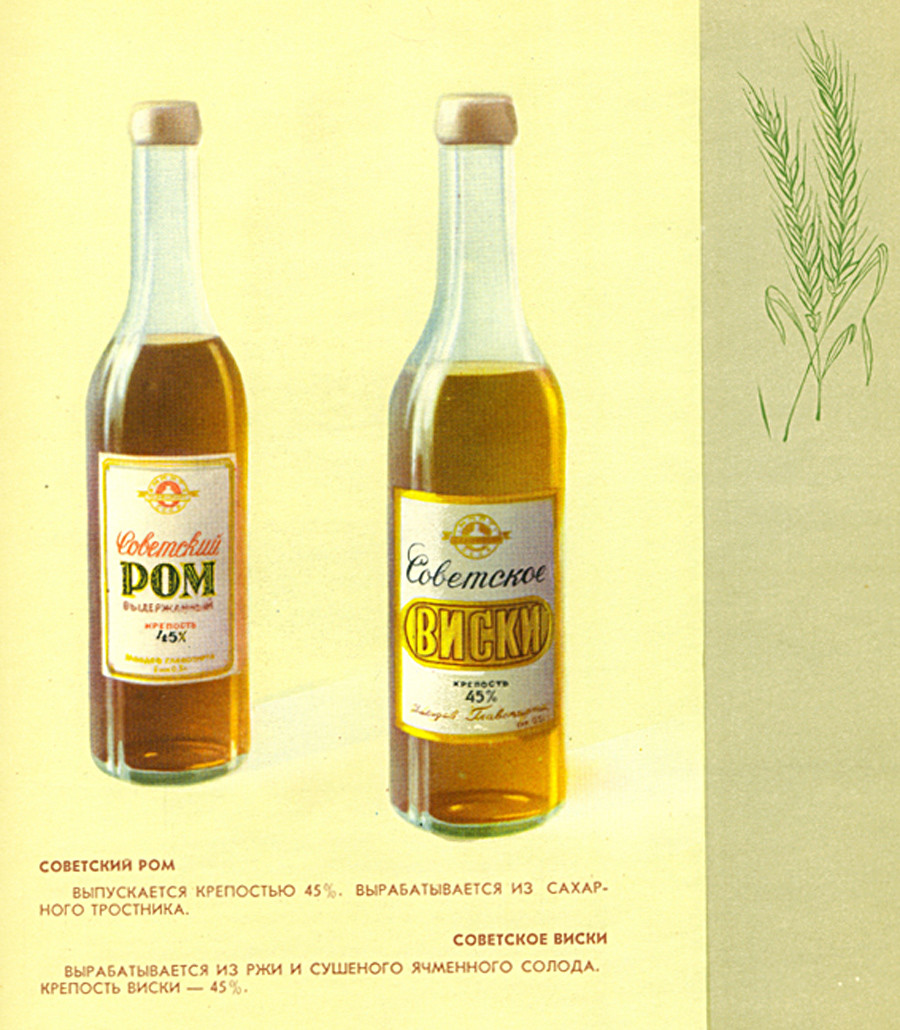 Rum appeared on the stalls of grocery stores in the early 1950s. There were several varieties, including Soviet Rum, Havana Club Negro. The first contained 45% alcohol and was one of the heavy and bitter sorts of rum of produced in the USSR. It was made out of spirits distilled from Central Asian sugarcane and prune juice. It’s interesting that Soviet Rum, which was exported to more than 20 countries, was quite high quality and sometimes even regarded as better than rum from Jamaica or Cuba. On the domestic market, however, lower quality alcohol was generally more sought after, and these brands didn’t quite take off.

Havana Club was an authentic Cuban rum that was aged for three years in cisterns that brought over to the USSR. It was poured in the Ministry of Food Industry and cost four rubles per bottle—the same as four loaves of black bread. Negro rum found a ready market in the Soviet Union thanks to its flavor, but there was a joke that customers were mostly attracted the picture of a hot Cuban on the label. 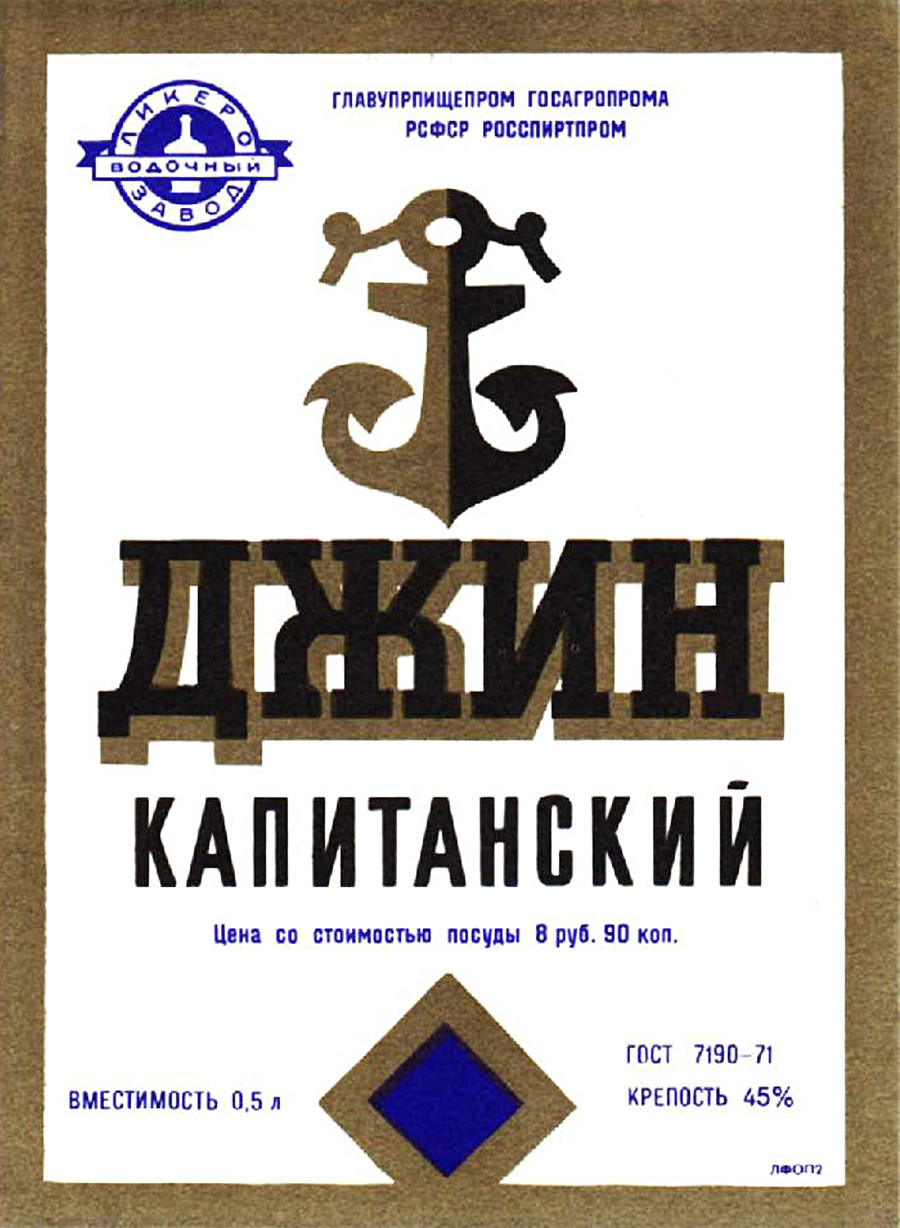 Rosspirtprom Enterprise (a large producer of alcohol in the USSR) released two kinds of gin: Captain’s Gin and Soviet Gin. Both contained 45% alcohol, and some observant Soviet citizens noticed that it had a kind of cucumber smell. Russian gin was made of an aromatic oak shavings infusion and cognac spirits, juniper berries and raspberry. Unlike Soviet gin, the more famous London gin was distilled twice and was infused with citrus fruits and spices.

It was rather an expensive drink for the Soviet people though, as a half-liter bottle cost around 9 rubles—the same as 4 kg of good beef. It wasn’t ever particularly popular or easy to find due to its high price and strange taste. Most drinkers know that it’s practically impossible to drink pure gin—it’s better to mix it with something. But the development of cocktail culture in the USSR only began during Khrushchev’s Thaw in the 1960s. In the 10 years before that, Soviets drank gin straight and, probably as a result, never really came to like it.