‘Stalin’s Route’ - how Soviet pilots made the first transpolar flight

History
Alexey Timofeychev
In the 1930s, a team of pilots headed by legendary aviator Valery Chkalov became the first to bridge Europe and the New World via the North Pole. 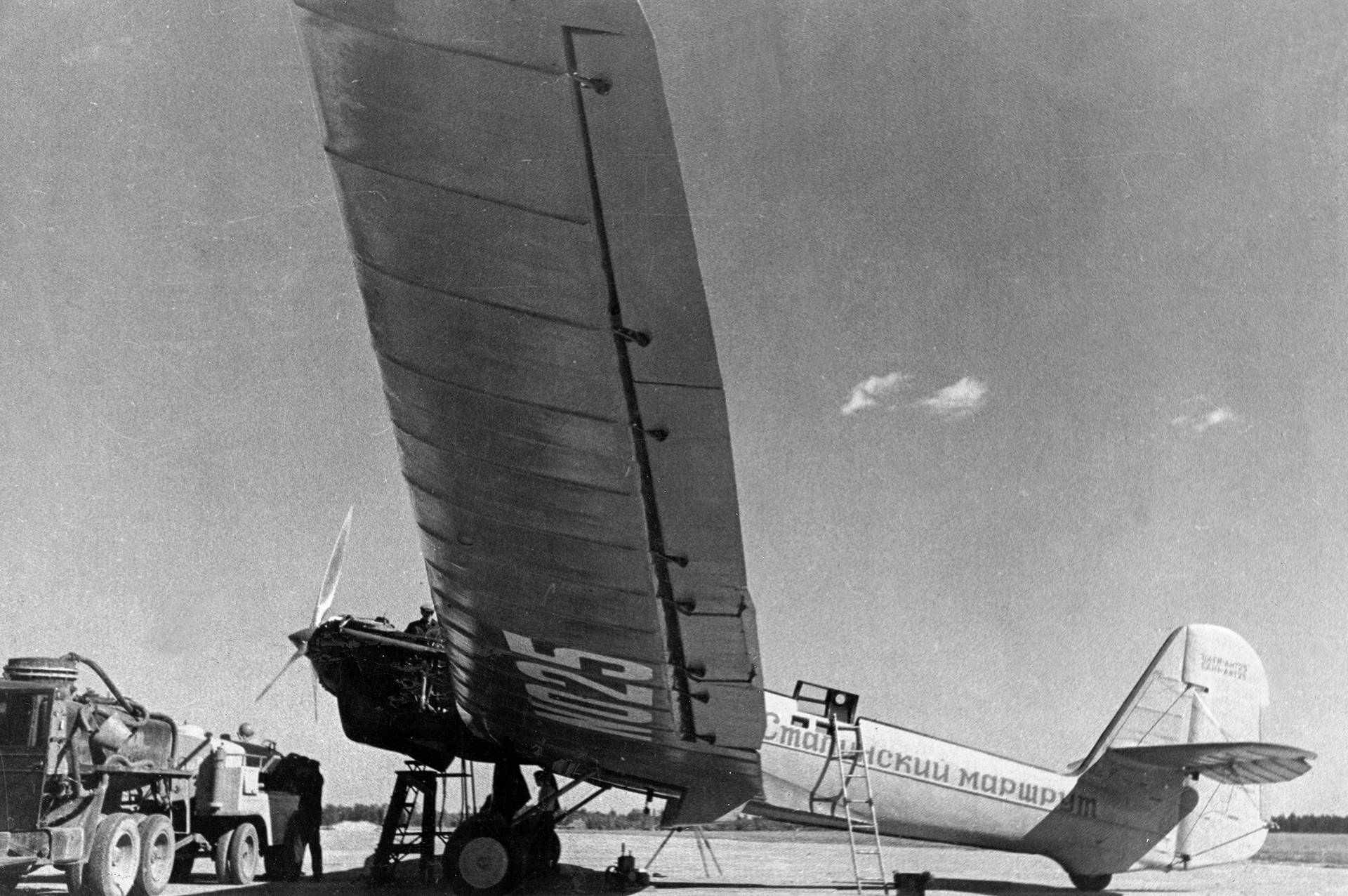 In the early 1930s, the Soviet Union wanted to prove its status as the world’s leading aviation power. So the country’s leaders came up with the idea of an ultra long flight to the U.S. via the North Pole. To realize this plan, a special aircraft was developed and aviation designer Andrei Tupolev was tasked with spearheading the mission. 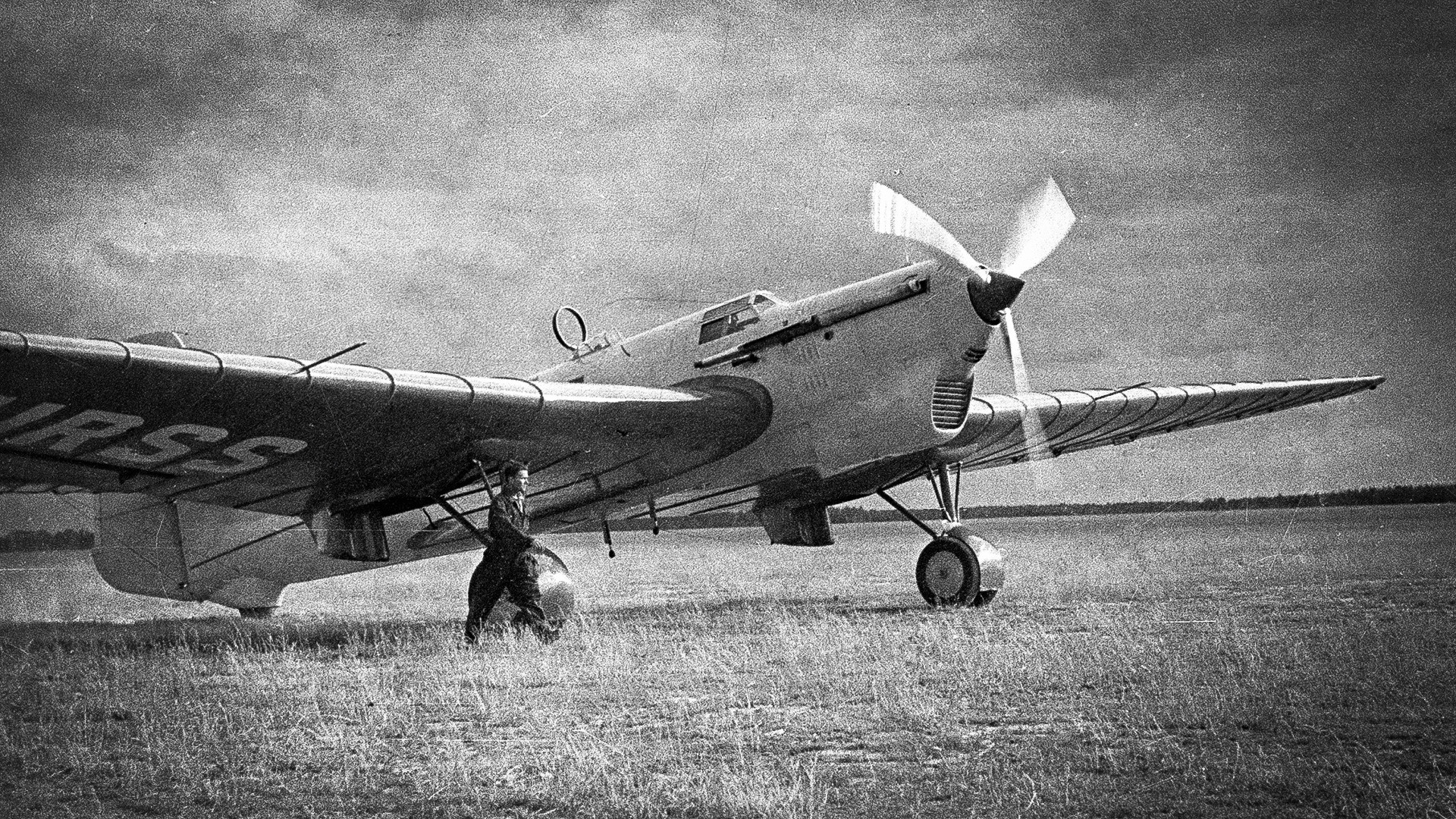 Tupolev’s ANT-25 had a unique design: Its wingspan was 33 meters wide - and could have been made even bigger. For the first time in history, a plane’s wings were also used for storing fuel. ANT-25 could carry up to seven tons of fuel. For the flight to the the plane was specifically modernized to sustain flying in extremely low temperatures. 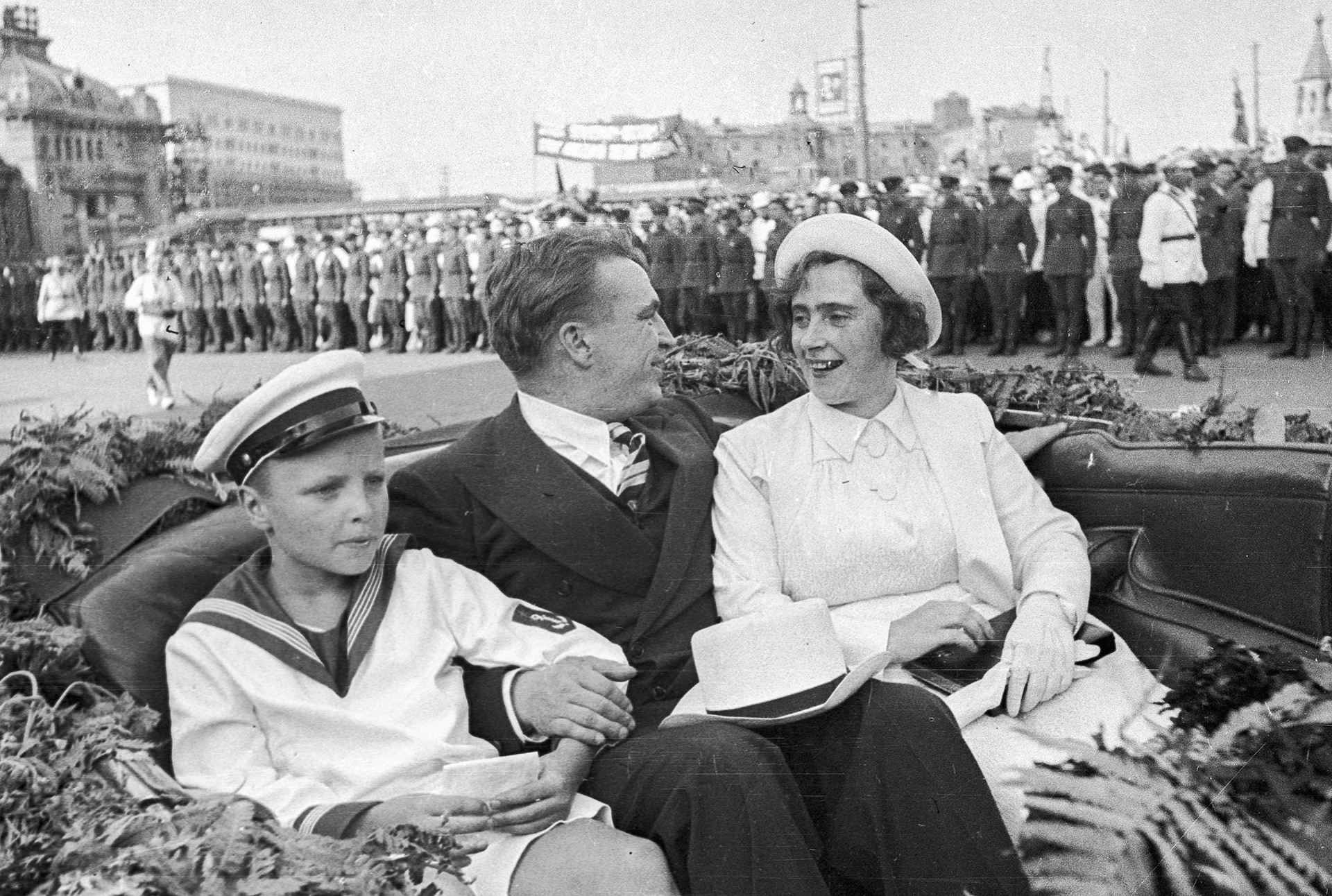 In 1935, the first attempted flight to San Francisco via the North Pole ended in failure when the crew discovered an oil leak over the Barents Sea. They were ordered to return to base. The failure fueled the belief that flying over the North Pole was not possible. However, the two crew members of the 1935 flight were determined to succeed and asked famous Soviet pilot Valery Chkalov (in the photo) - nicknamed the “Russian Lindbergh” - if he wanted the hot seat. 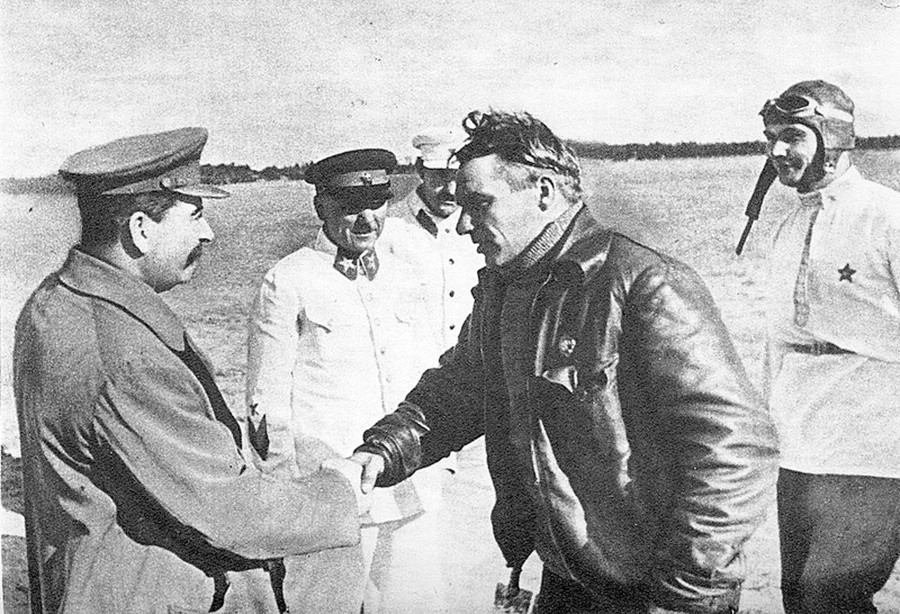 Chkalov had good relations with Soviet leader Joseph Stalin and this helped - the Kremlin greenlighted his new endeavor, but on one condition. Before traveling to the U.S. the crew had to attempt the flight within the territory of the USSR. This flight took place in 1936 and each of the three pilots received the highest Soviet award: They became Heroes of the Soviet Union. The ANT-25 made the 56-hour flight, reaching a point in Russia’s  East that was 9,374 km away from Moscow. 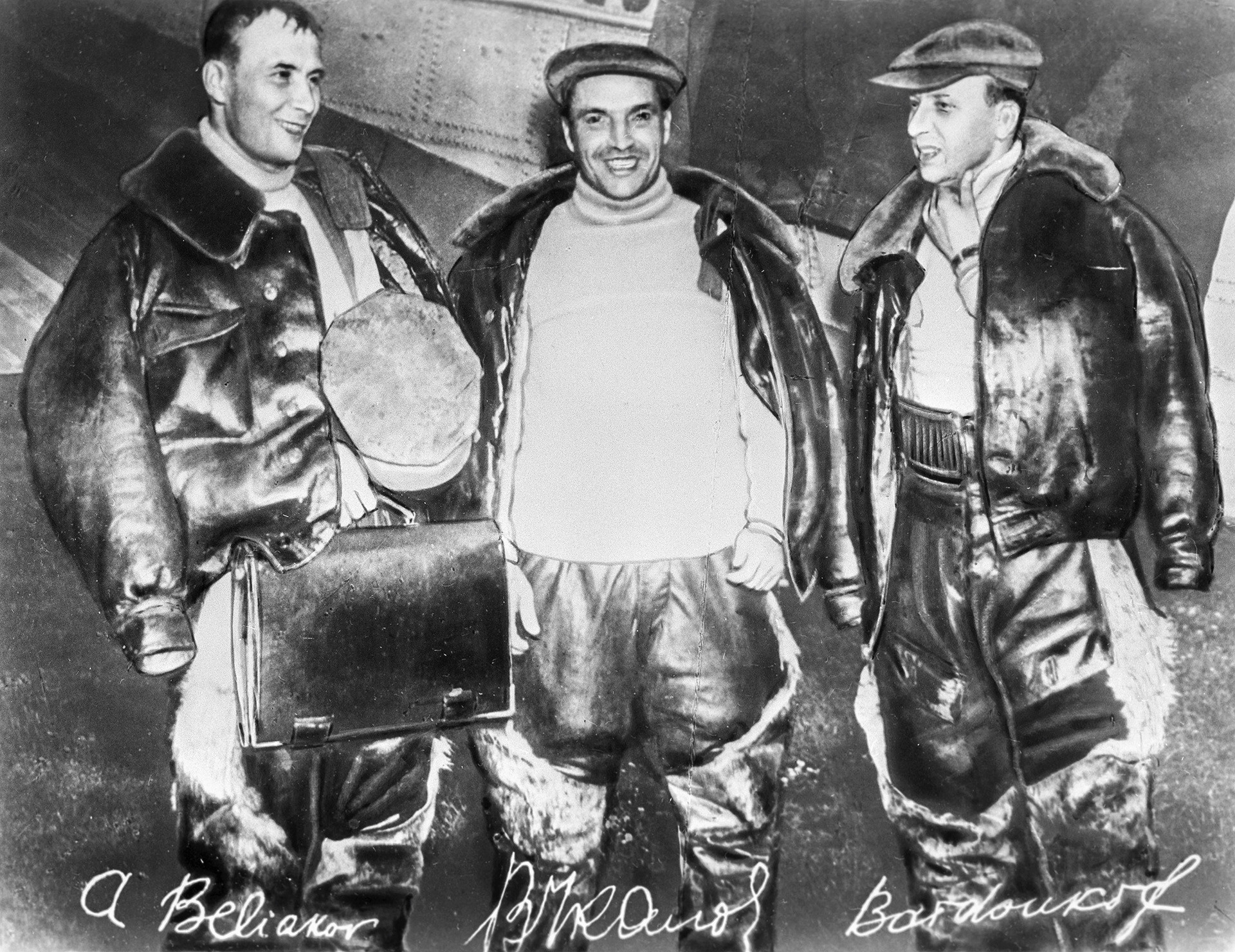 After the successful flight, ANT-25 set off for American shores on June 18, 1937 - San Francisco was the final destination. The crew was the same: Valery Chkalov as a chief pilot, Georgy Baidukov as co-pilot, and Alexander Belyakov as navigator. This flight lasted a grueling 63 hours, 25 minutes - longer than the previous journey. The Soviet press dubbed both flights “Stalin’s Route.” 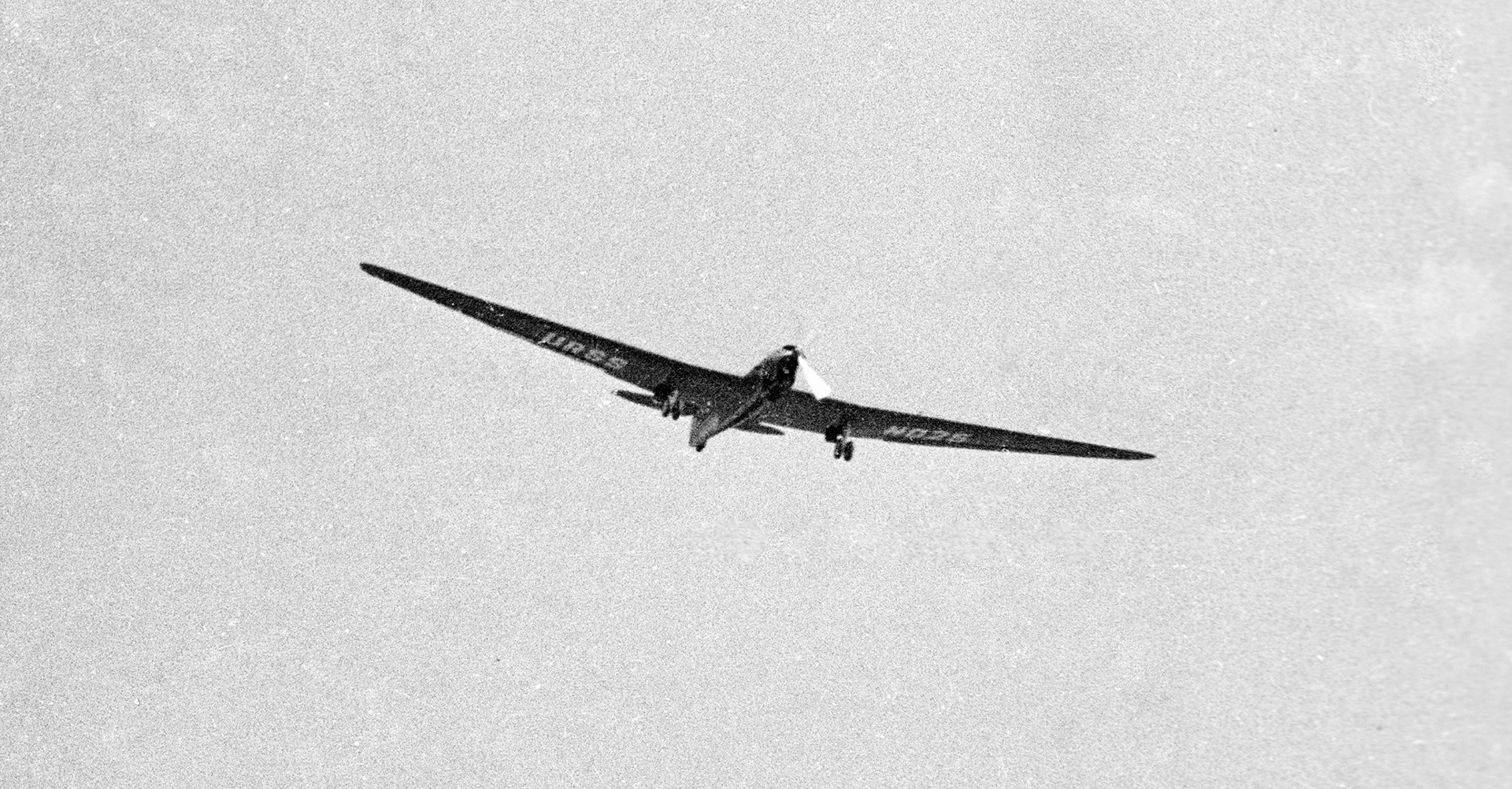 For the most part of the 8,500-km long flight, the plane flew over ice in terrible weather conditions, with almost no visibility. The crew had to rely on fairly basic navigation equipment. The temperature in the cockpit dropped below zero and there was not enough oxygen. The plane also had to climb above 5,000 meters on occasion where it struggled - some systems started to fail. As you can imagine, it must have been pretty for the pilots. 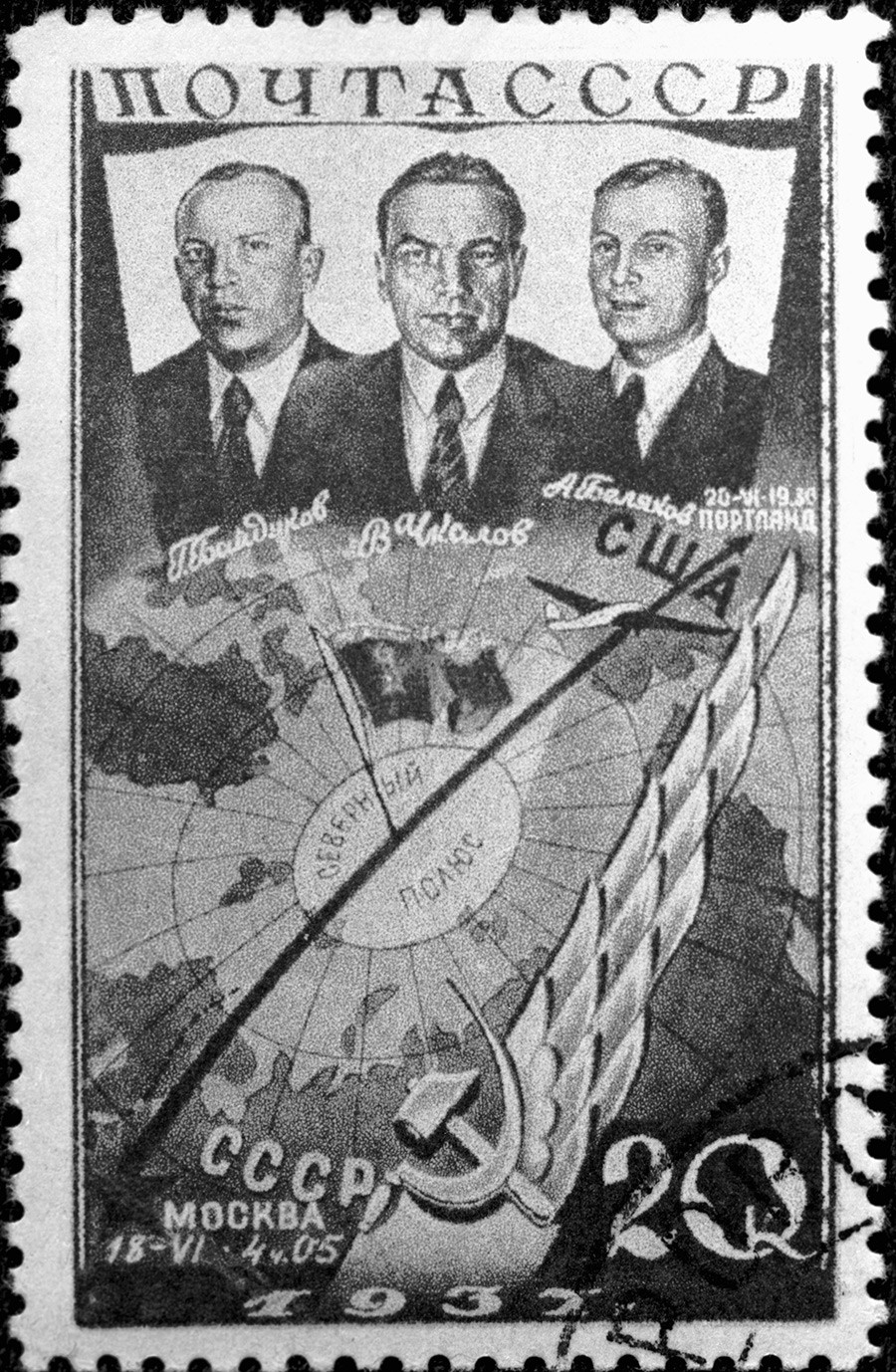 On June 20, the crew discovered that they didn’t have enough fuel to reach San Francisco so they decided to land at a military airfield close to Vancouver (the state of Washington). The landing went smoothly. The Russian pilots were greeted like heroes. When impressed journalists asked Chkalov what kind of engine the plane had (was it English, American, or German?) he proudly replied: “Look at its emblem’s - it’s all ours, Russian, Soviet.” After arriving, the Soviet flyers spent some time at General George Marshall’s house, the future U.S. Secretary of State and Secretary of Defense, who at the time served in Vancouver. 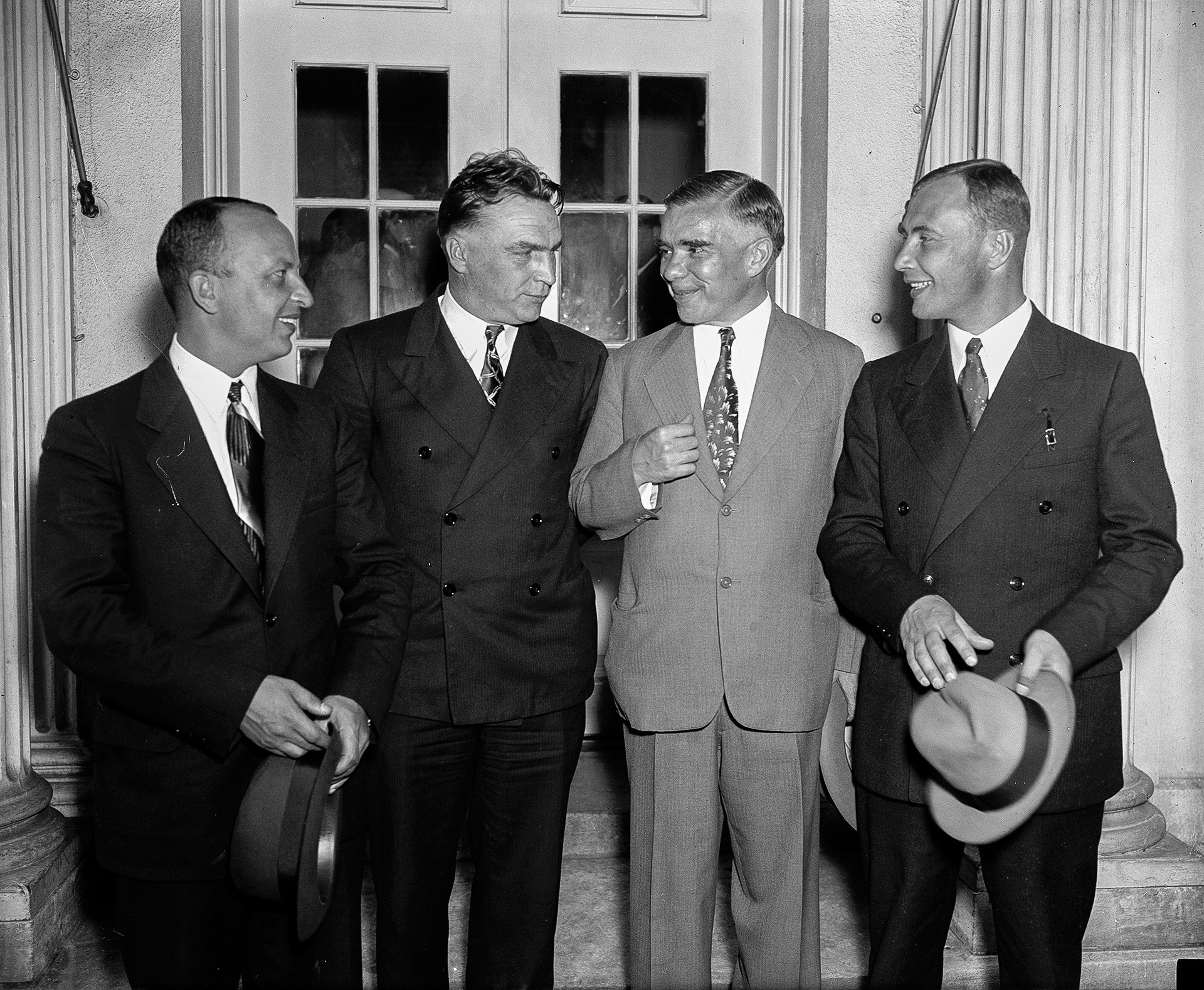 While in the U.S. the three pilots visited San Francisco, Chicago, New York, and Washington where they were received by President Franklin D. Roosevelt. The president talked with the pilots for two hours instead of planned 15 minutes. The flyers were accompanied by the Soviet ambassador to the US (the only person in a light suit in the photo). 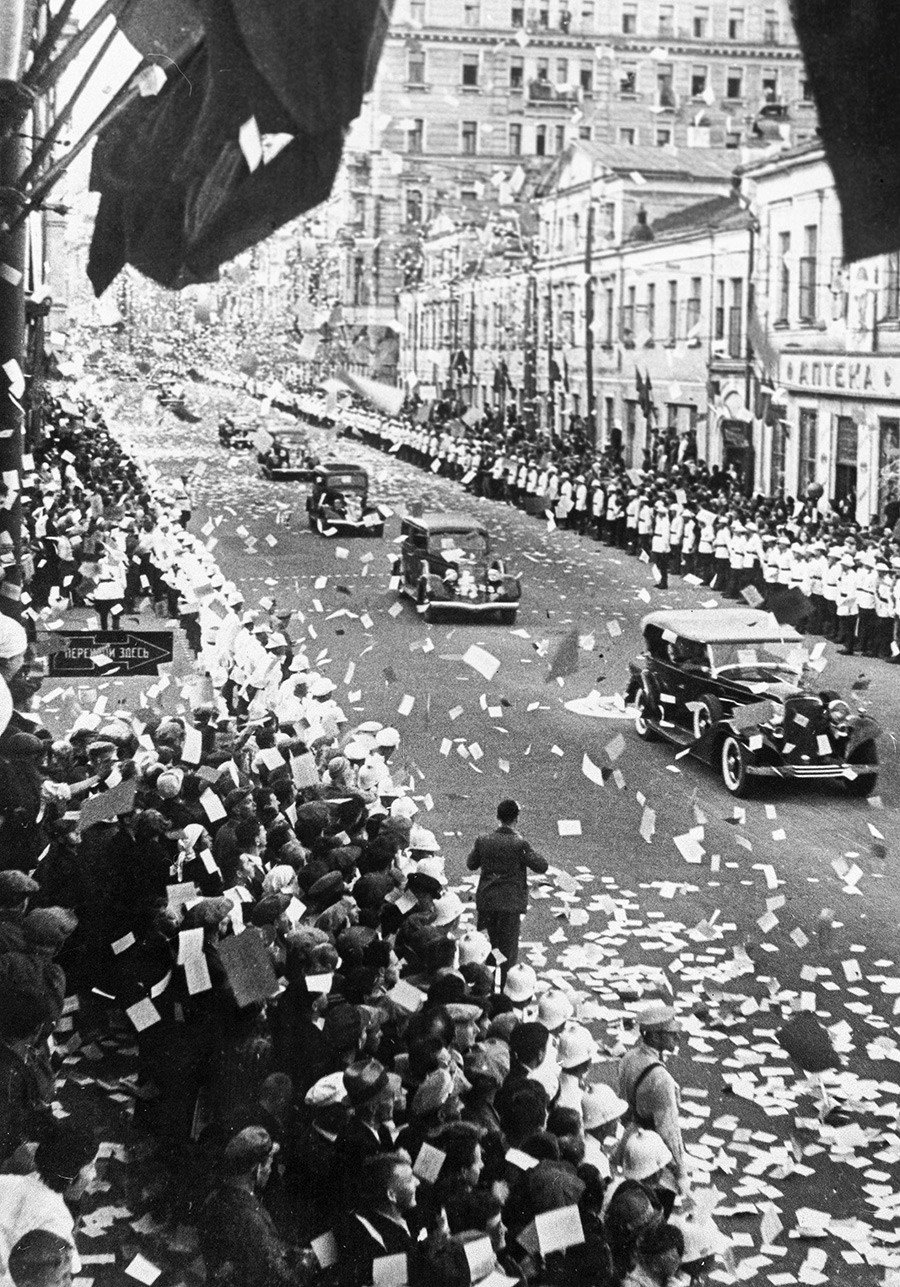 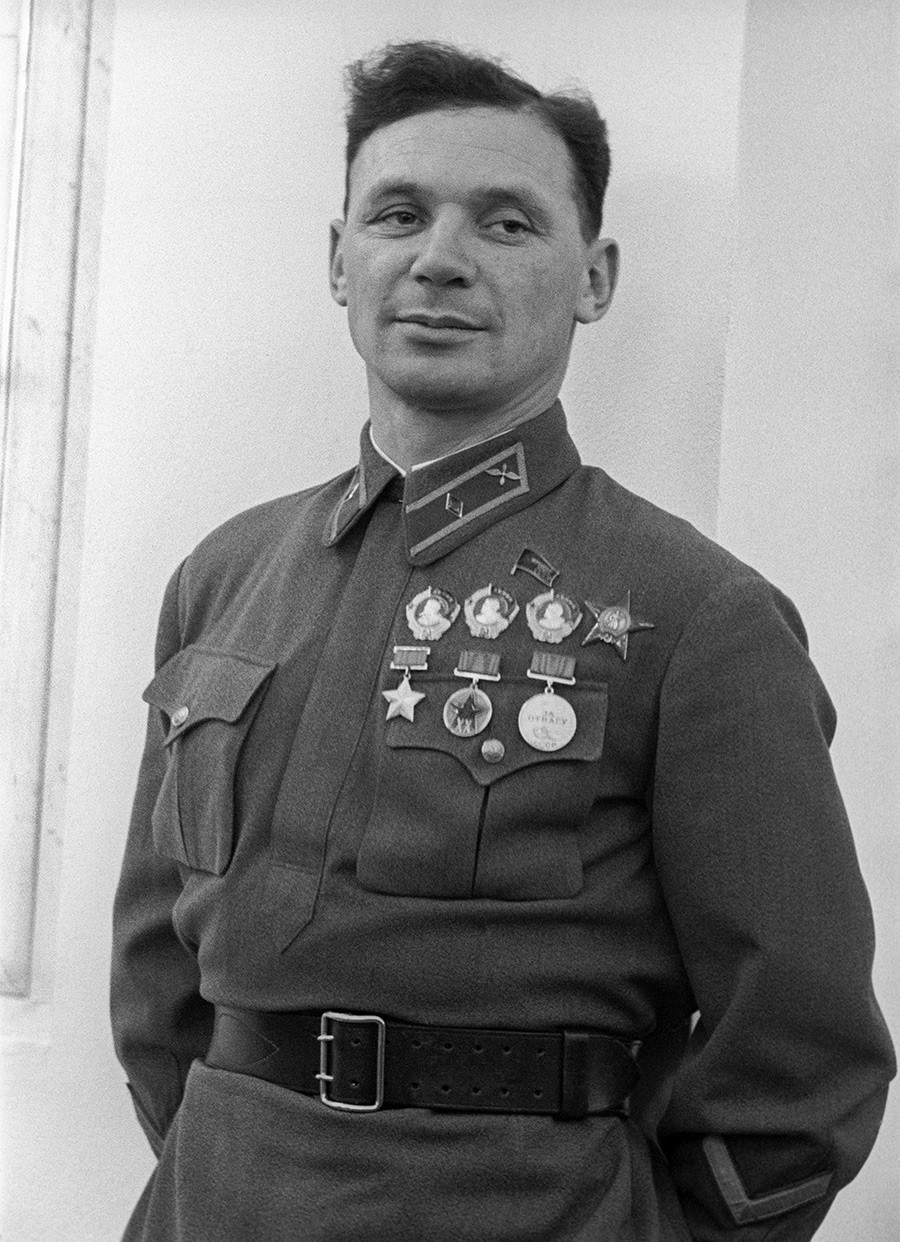 Two years later, Vladimir Kokkinaki (in the picture) and Mikhail Gordienko flew non-stop to Canada. The route spanned Iceland and Greenland. They crossed more than 8,000 km in 53 hours. From the late 1950s, the route was used by commercial aircraft, between Moscow and New York.

Look here at some gigantic aircraft made in Russia and the USSR.