History
Boris Egorov
Russian posters depicting the Russo-Japanese War predicted an easy victory over the enemy, but the country suffered a humiliating defeat and for decades lost its powerful geopolitical position in the Far East.

“We will sit at sea, we will wait for the weather.” Japan’s navy attacked Russia’s Pacific Fleet at the Port-Arthur base without declaring war on Feb. 8, 1904. This marked the beginning of the Russo-Japanese War and an 11-month siege of the base. As the drawing shows, the Japanese were actively supported by Great Britain and the U.S. 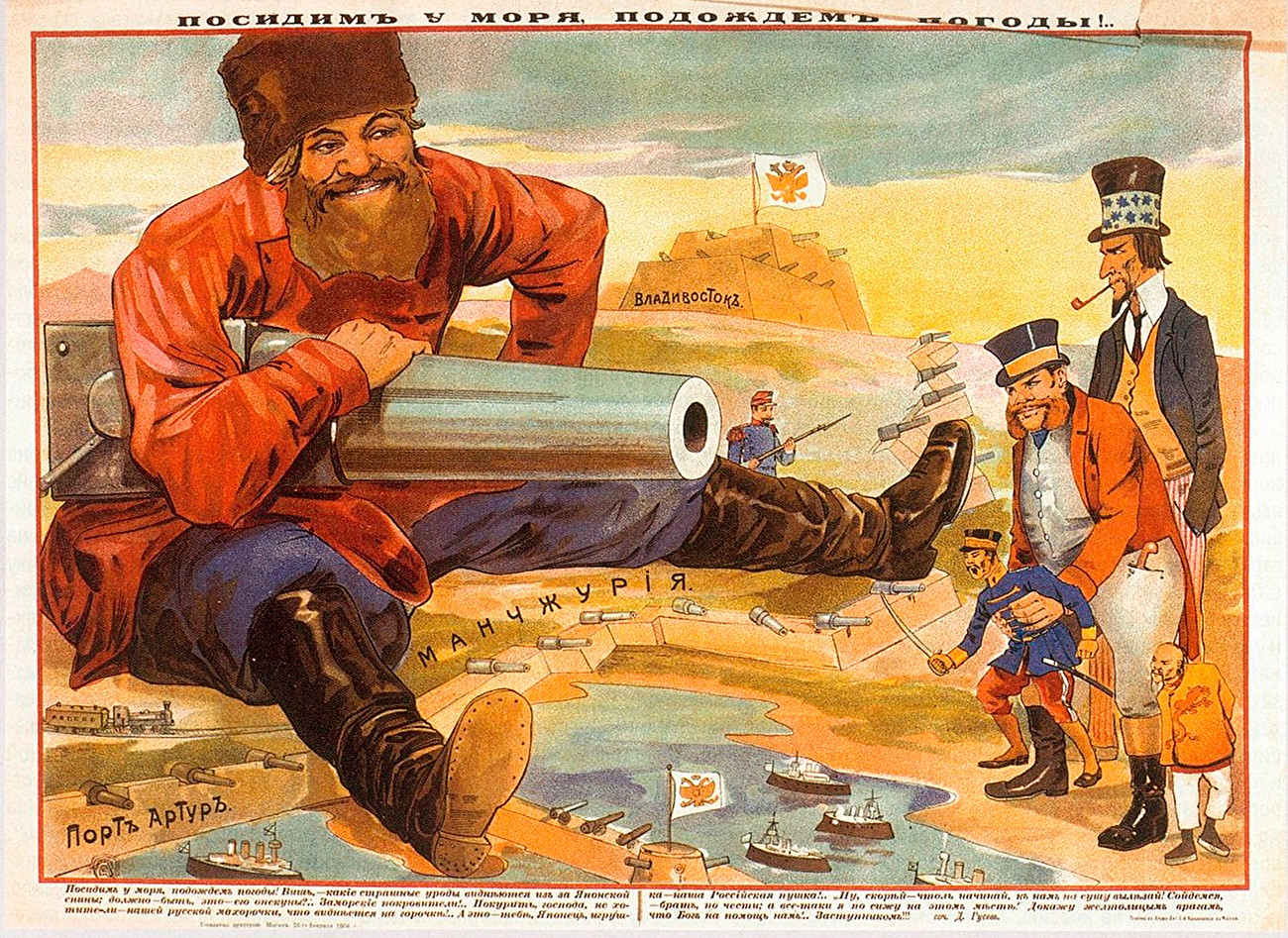 “The Japanese Emperor and his sly friends.” The Western powers, while cornering Japan into a war with Russia, are in fact pushing it towards  catastrophe, this Russian poster implies. 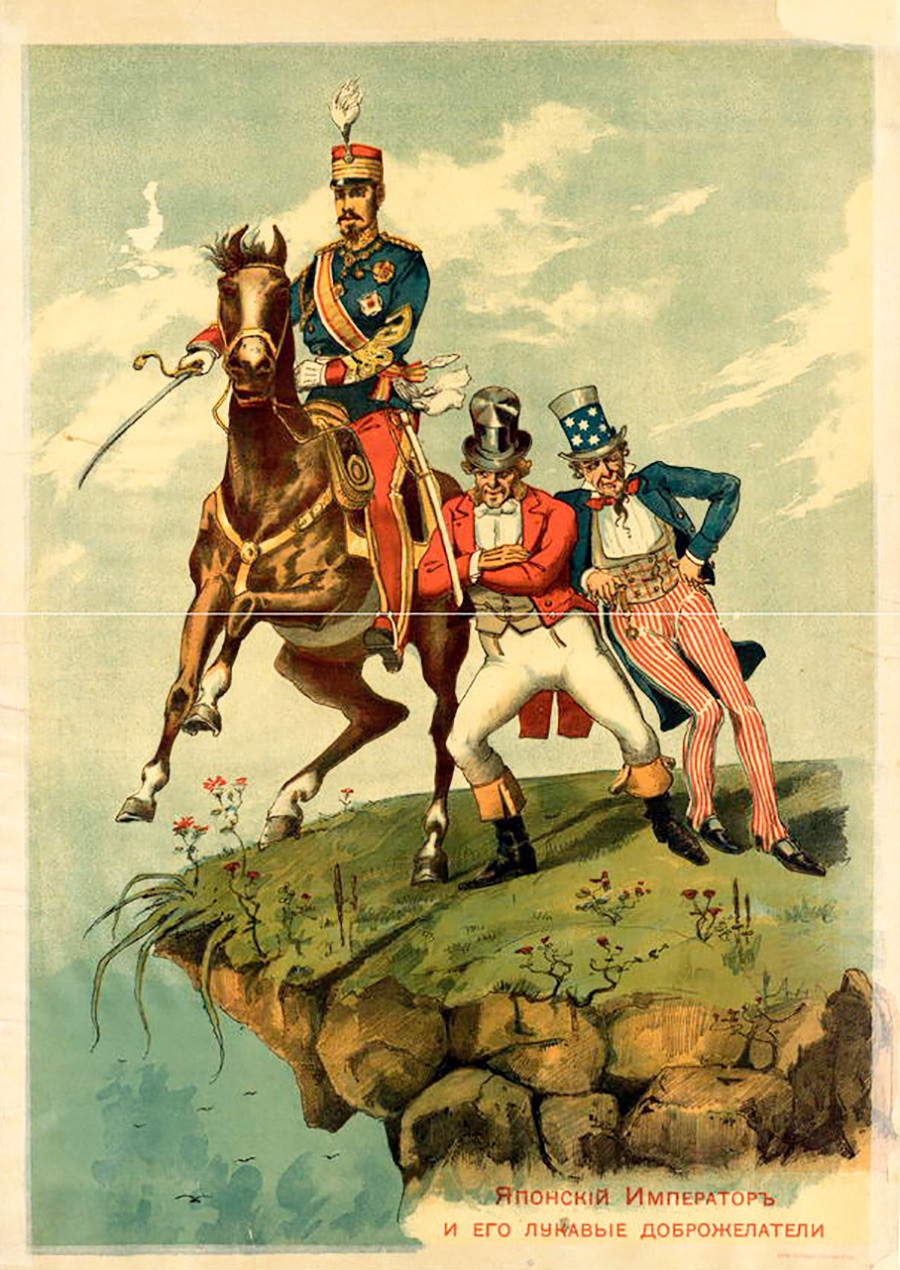 “Lieutenant Yamanaka, the main gunner of our ship Fuji, valiantly firing during the naval battle near Port-Arthur,” reads this Japanese poster. 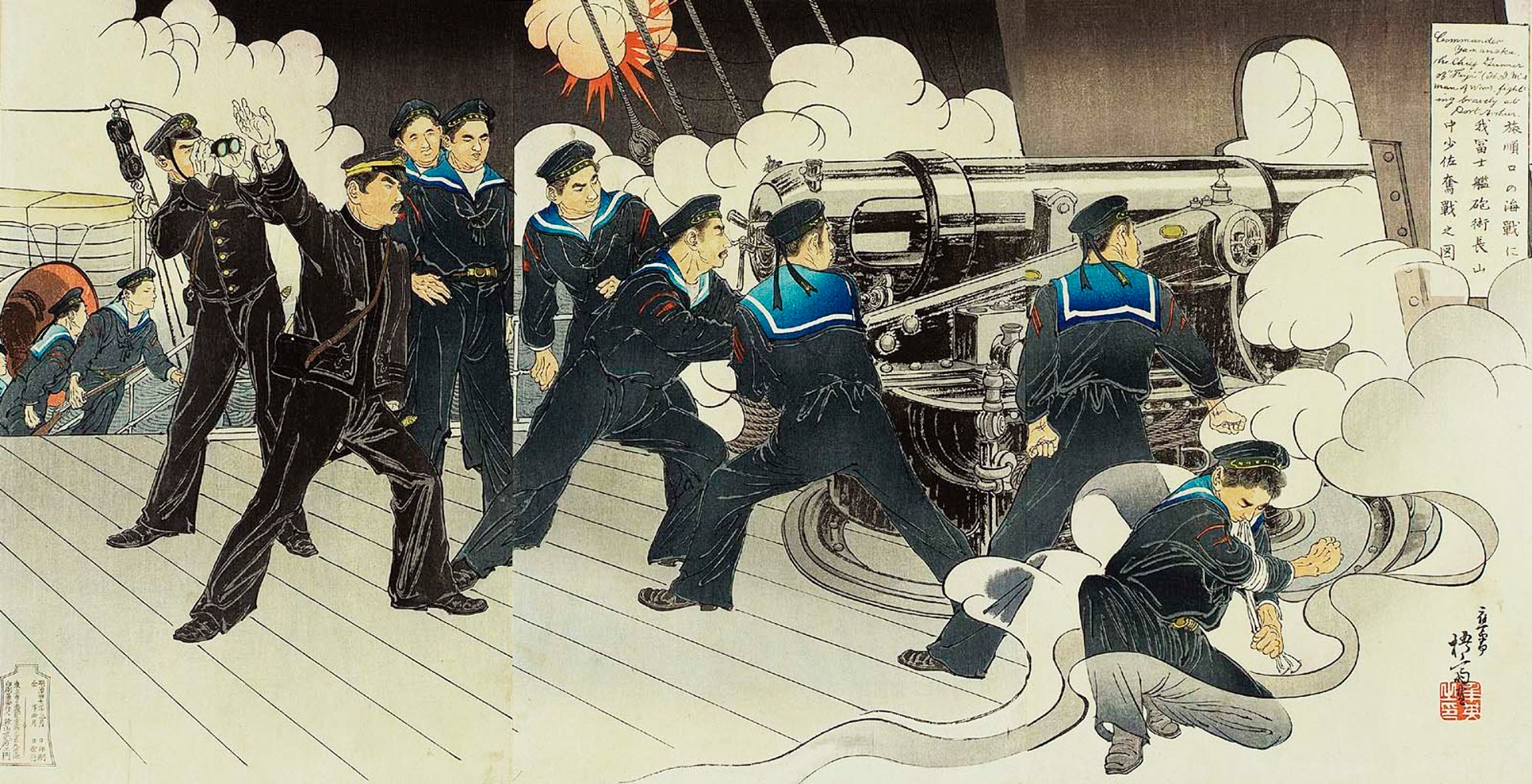 Russia had high expectations for the war with Japan. The reality, however, was not so rosy. 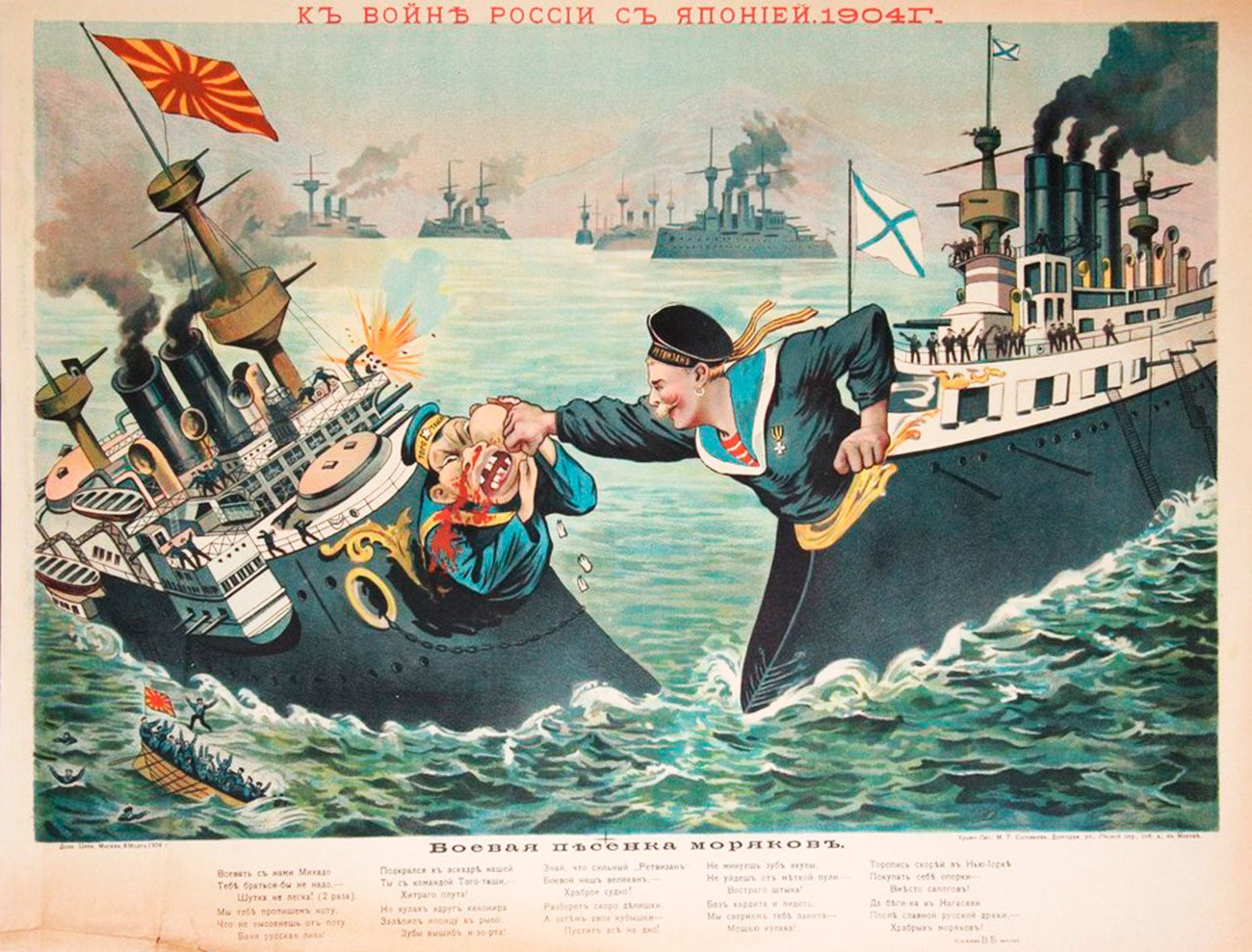 “Leave Korea, save your fleet! Go to Nagasaki!” The U.S. and Qing Empire are watching the Cossack punishing a Japanese sailor during the battle of Port-Arthur. 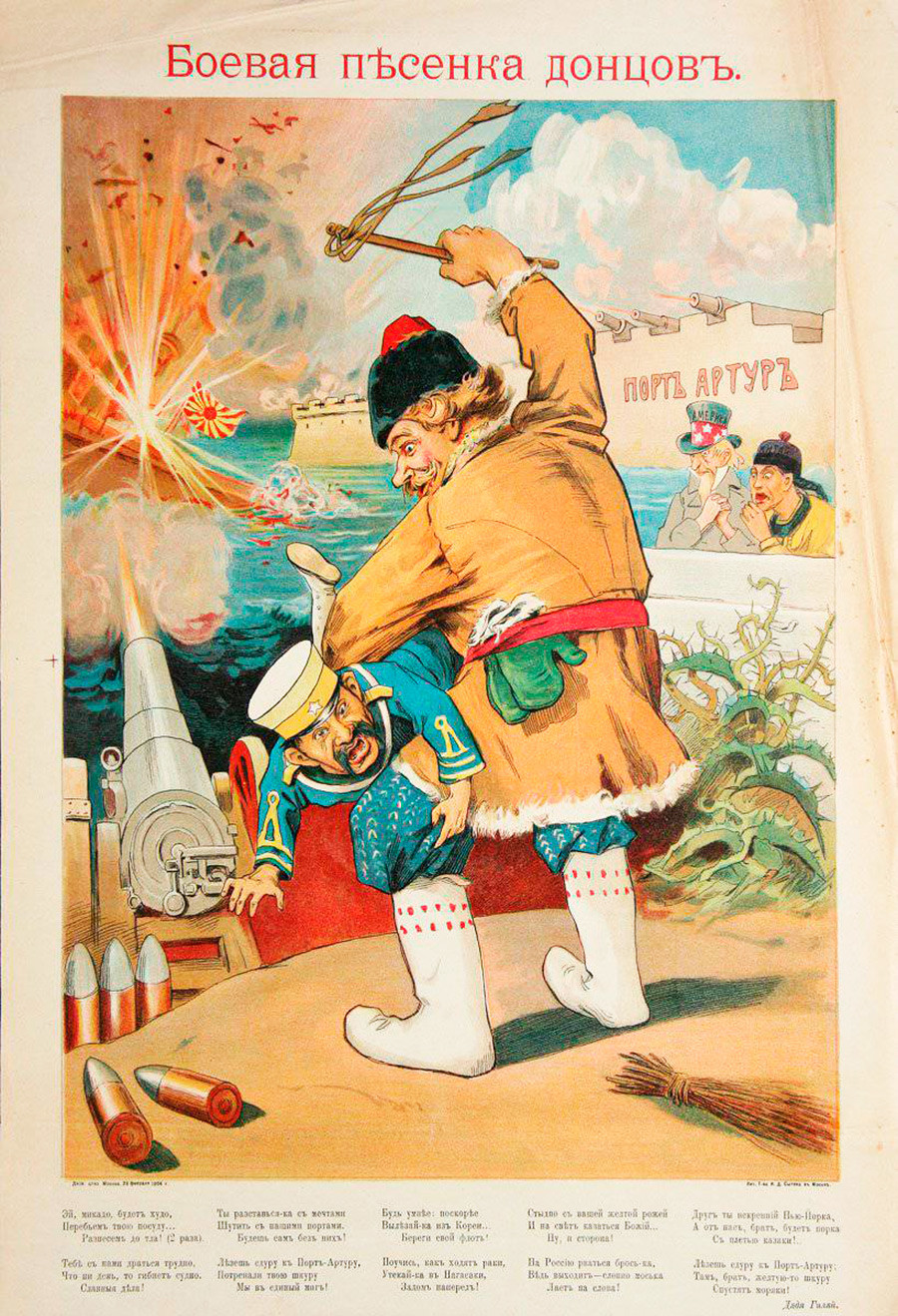 “To chase the money.” Uncle Sam was one of the main supporters of the Japanese aggression against the Russian Empire, this poster shows. 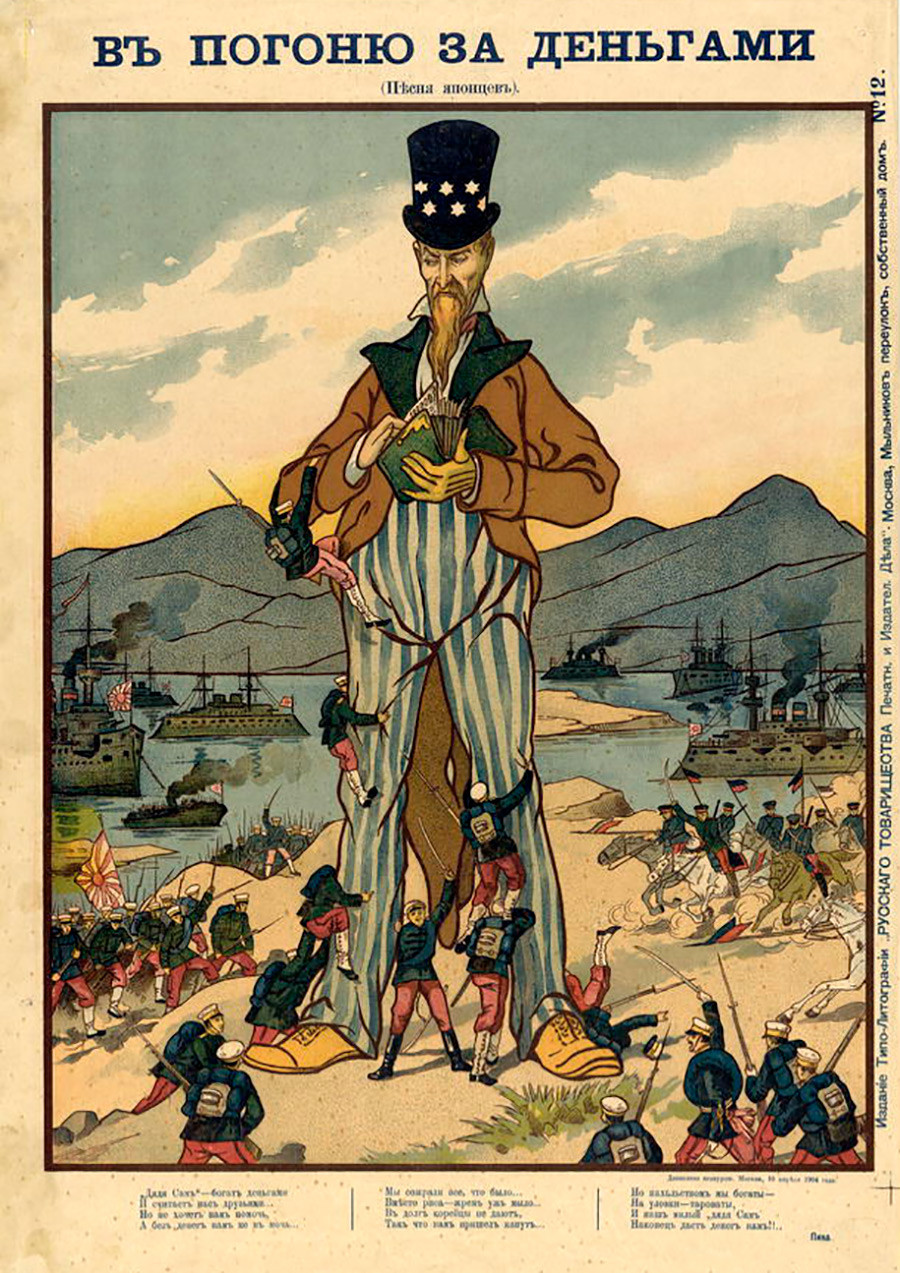 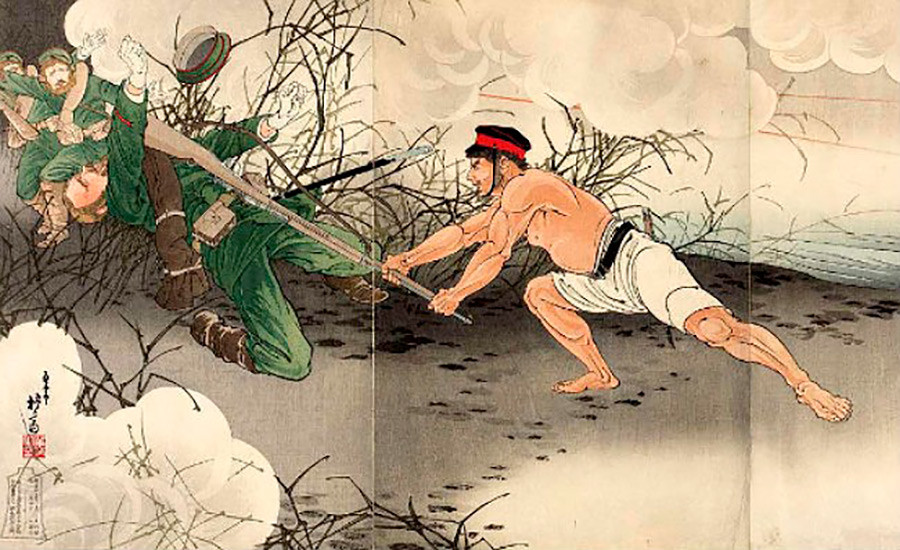 “How a Russian sailor cuts off the Japanese nose.” The poster allegorically tells the story of the Russian boat “Silniy”(“The strong one”), which prevented Japanese vessels breaking through the defenses of Port-Arthur by destroying the nose of the leading ship with a torpedo. 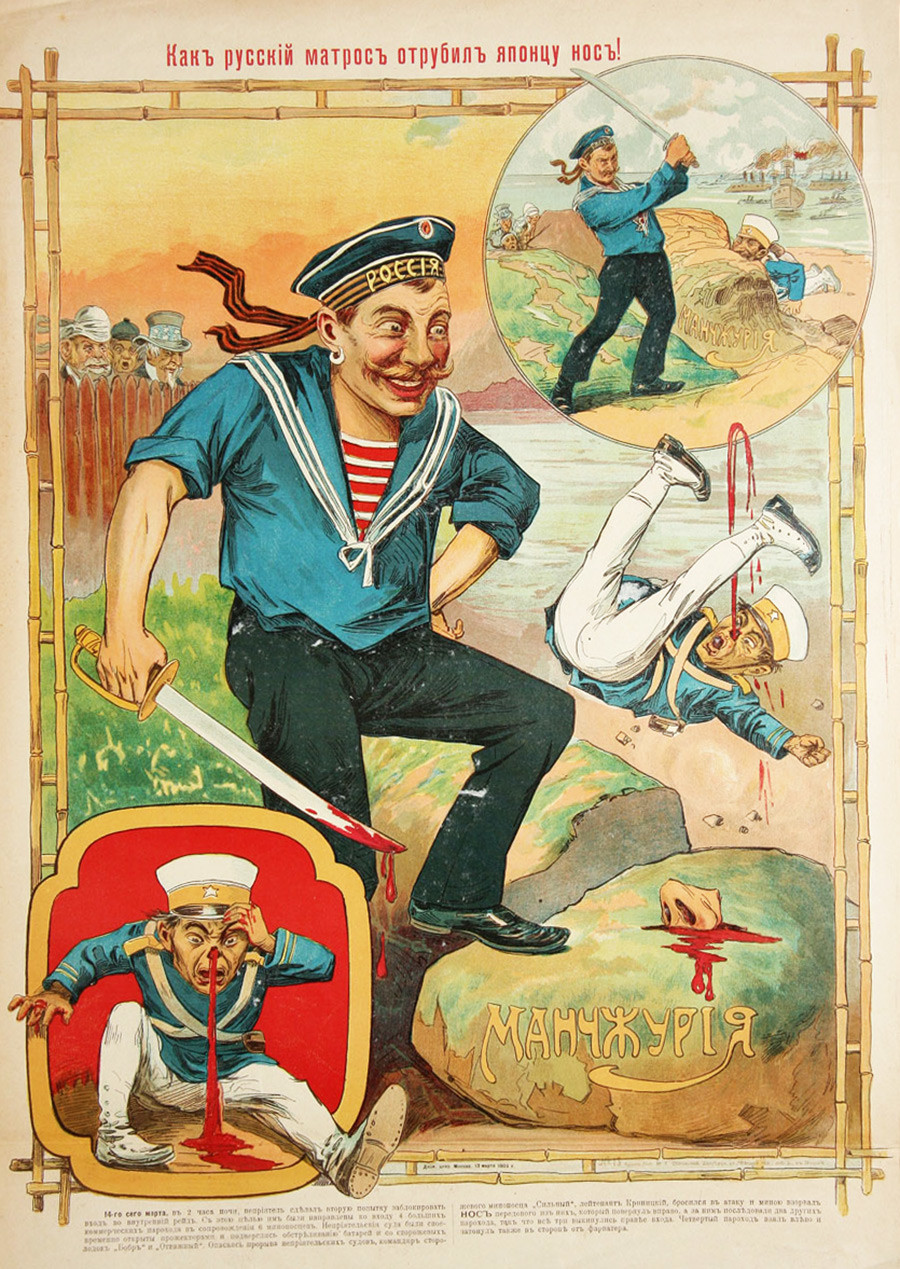 One of the few Russian successes during the war with Japan. During the siege of Port-Arthur Russian sailors found out that two Japanese battleships - Hatsuse and Yashima - used the same daily route during patrol missions. The Amur minelayer used the fog to covertly mine this route, and the two vessels were destroyed the following day. 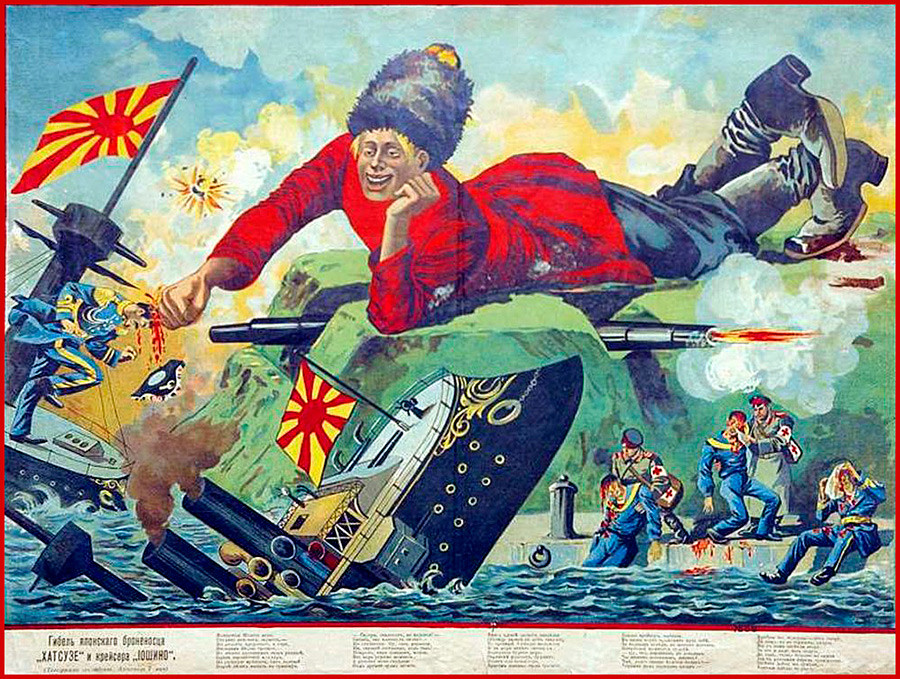 “Breakfast of the Cossack.” 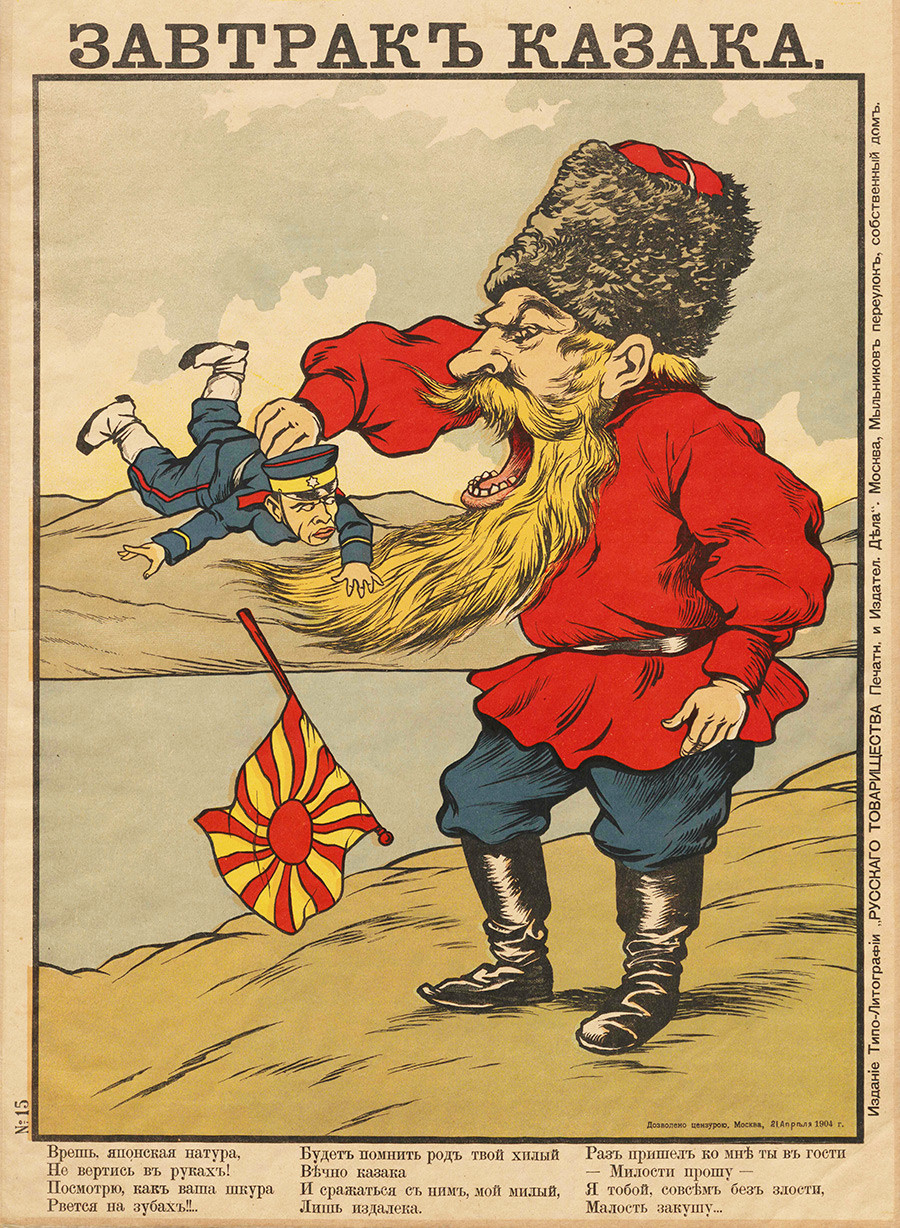 “Small rain lays great dust.” Another poster about the siege of Port-Arthur with Uncle Sam in the background. 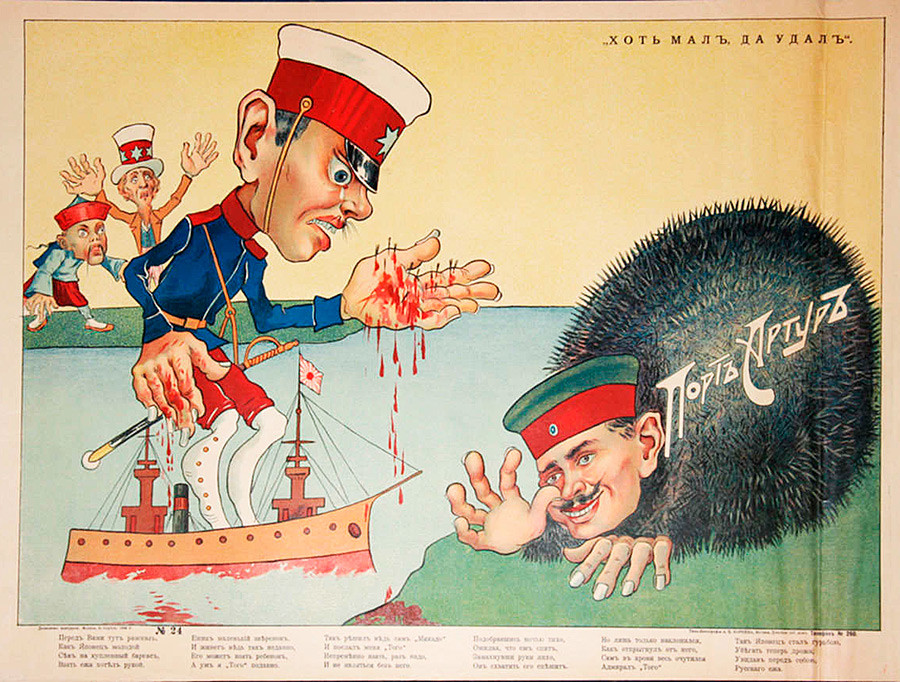 “A fist and a whip know whom to hit.” 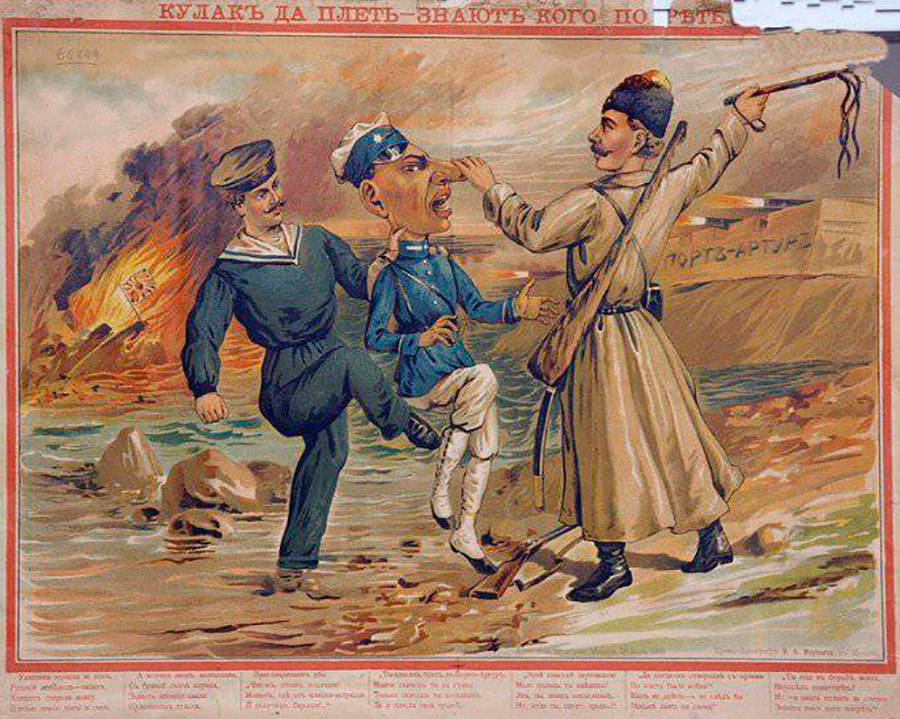 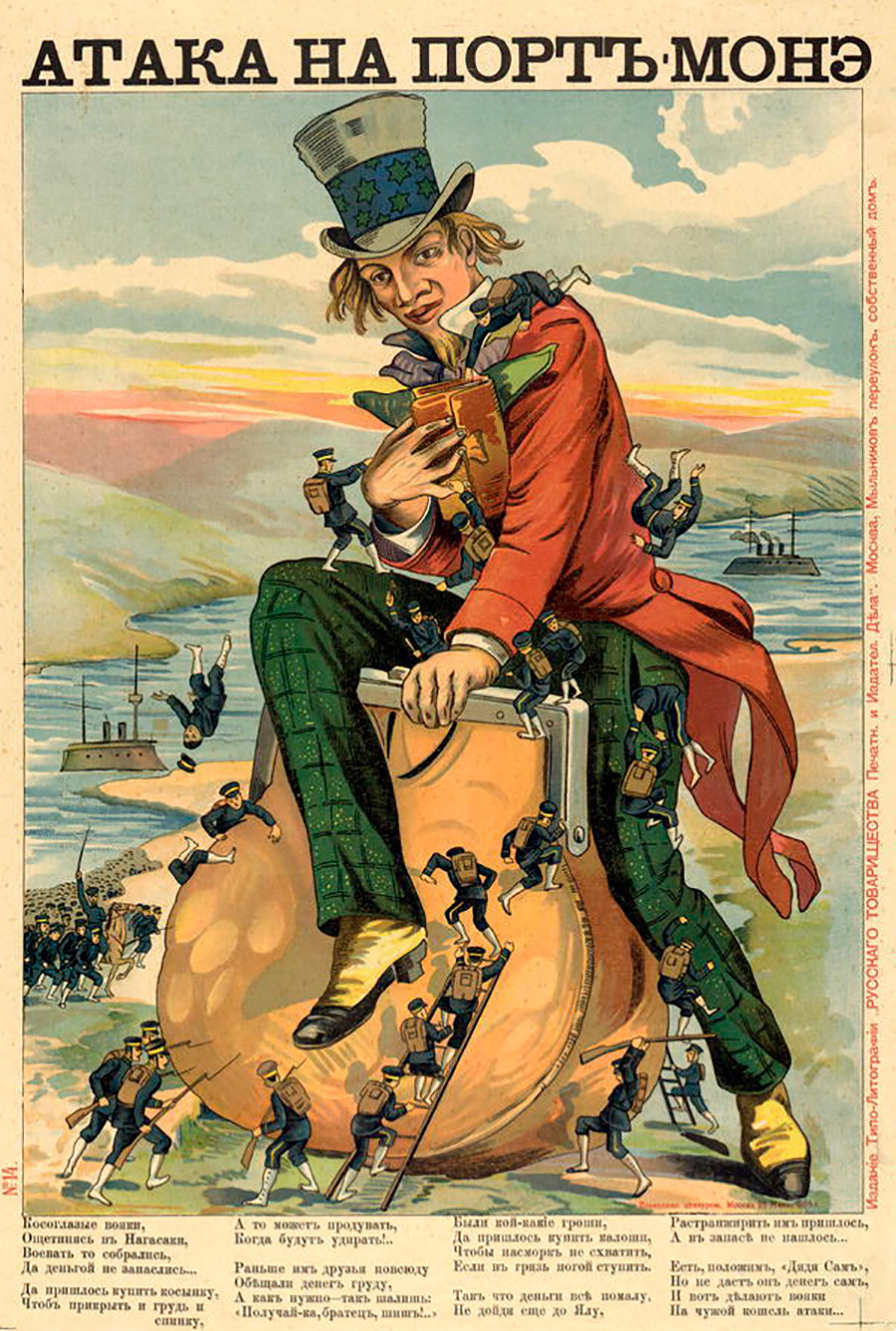 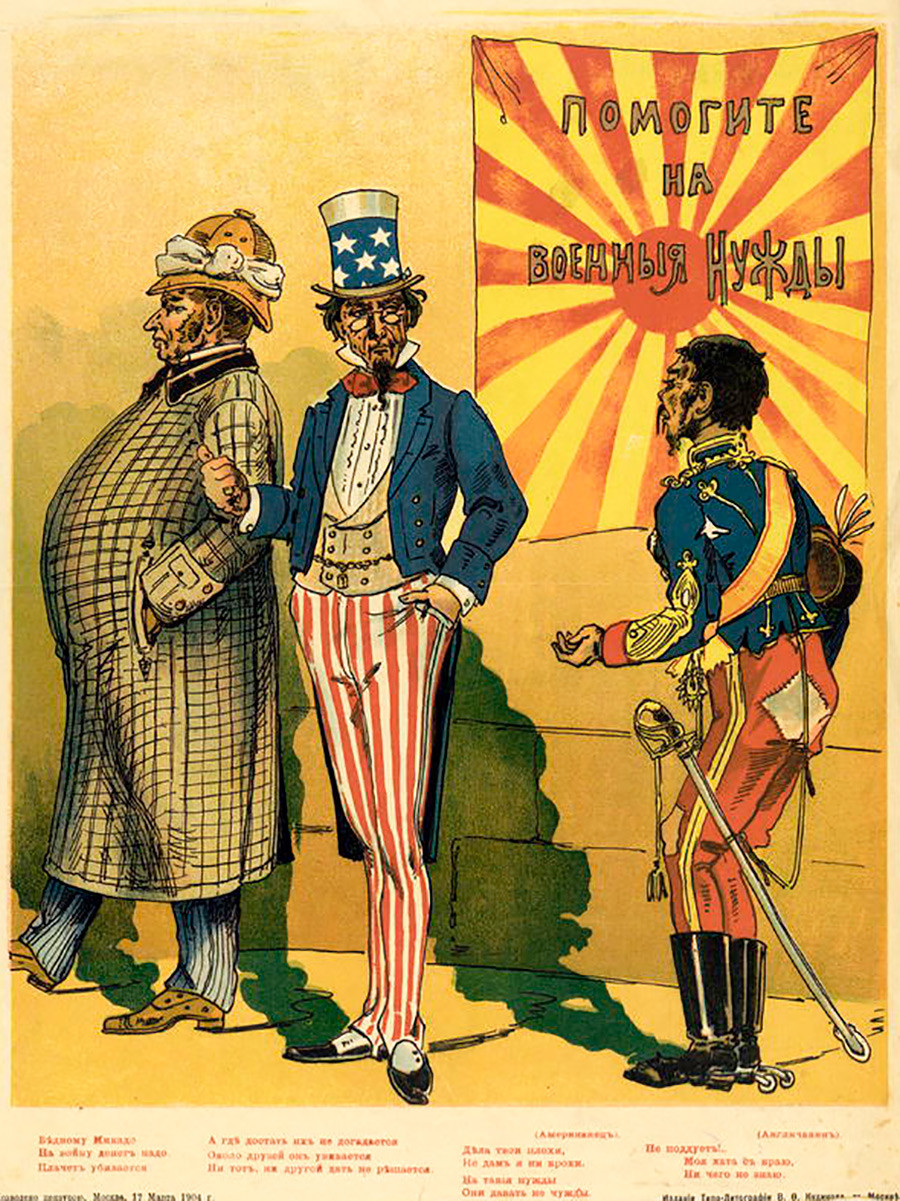