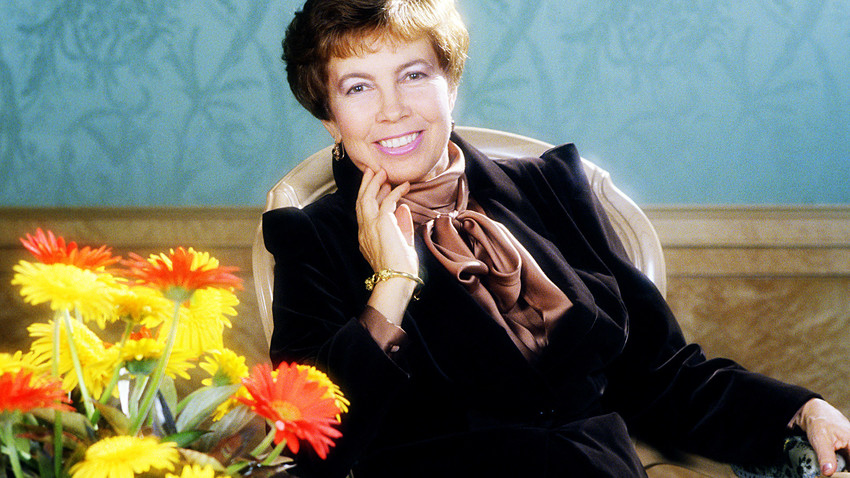 Yuri Lizunov and Alexander Chumichev/TASS
Some of these Russian women turned passionate revolutionaries into ruthless bosses, while others were transformed by the burden of power and became desperate hags. Either way, they are legends in their own right.

Nadezhda Krupskaya: Wife of the Revolution 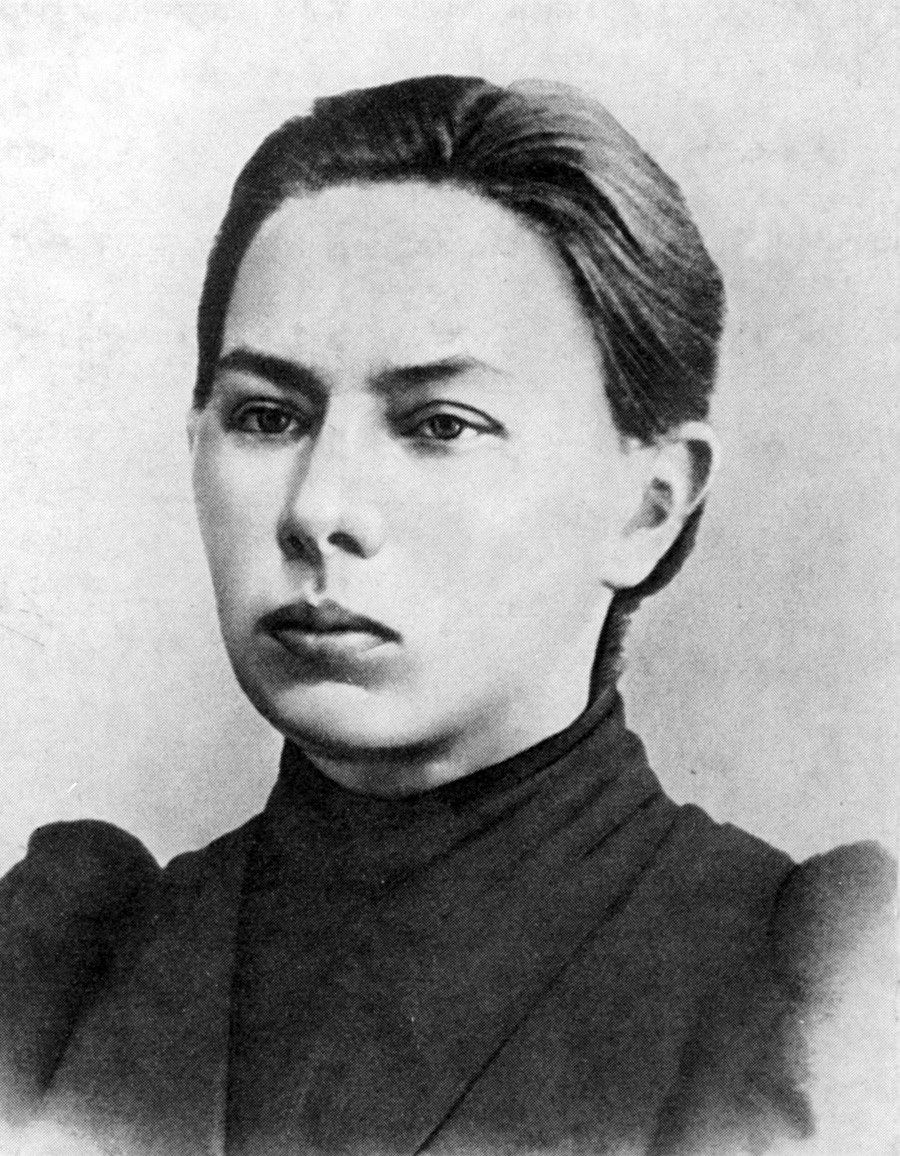 Nadezhda Krupskaya in her youth.

Vladimir Lenin met Nadezhda Krupskaya when they were both young revolutionaries in St. Petersburg. Nadezhda was the daughter of a nobleman and a hereditary revolutionary. Yes, it was possible. Serving in Poland, her father helped the locals during the anti-Tsarist uprising, and was banned from state service as punishment. Krupskaya clearly had solid revolutionary roots. After four years of courtship, she married Lenin in 1898, in Shushenskoye in Siberia, where both had been punished to exile.

Subversive work and propaganda took the greater part of their time. Devoted to Lenin, Krupskaya shared the hardships of ‘underground’ life with him. She wasn’t much of a housewife, however, having spent her youth in Marxist circles. It’s rumored that she could only cook scrambled eggs and that Lenin was better fed when a maid cooked. 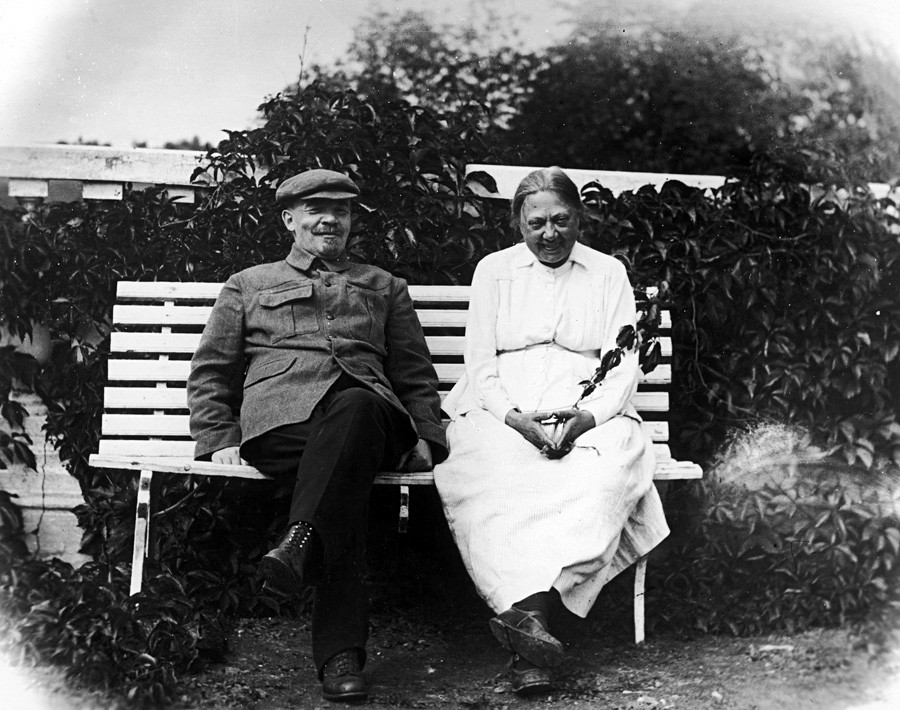 While it’s unclear if Lenin and Krupskaya had any love life or sexual life, the only thing for sure is that they were very busy. After the Revolution, Krupskaya took on numerous state positions. She founded youth organizations and supervised education, hardly having any time for family life. Even when in the late 1910s Lenin had a romantic affair with French revolutionary Inessa Armand, Krupskaya turned a blind eye.

After Lenin’s death, Krupskaya went on to become the deputy head of the Commissariat of Enlightenment, and remained a major and menacing official who was responsible for state censorship and anti-religious propaganda. In 1930, however, she was politically isolated by Joseph Stalin. 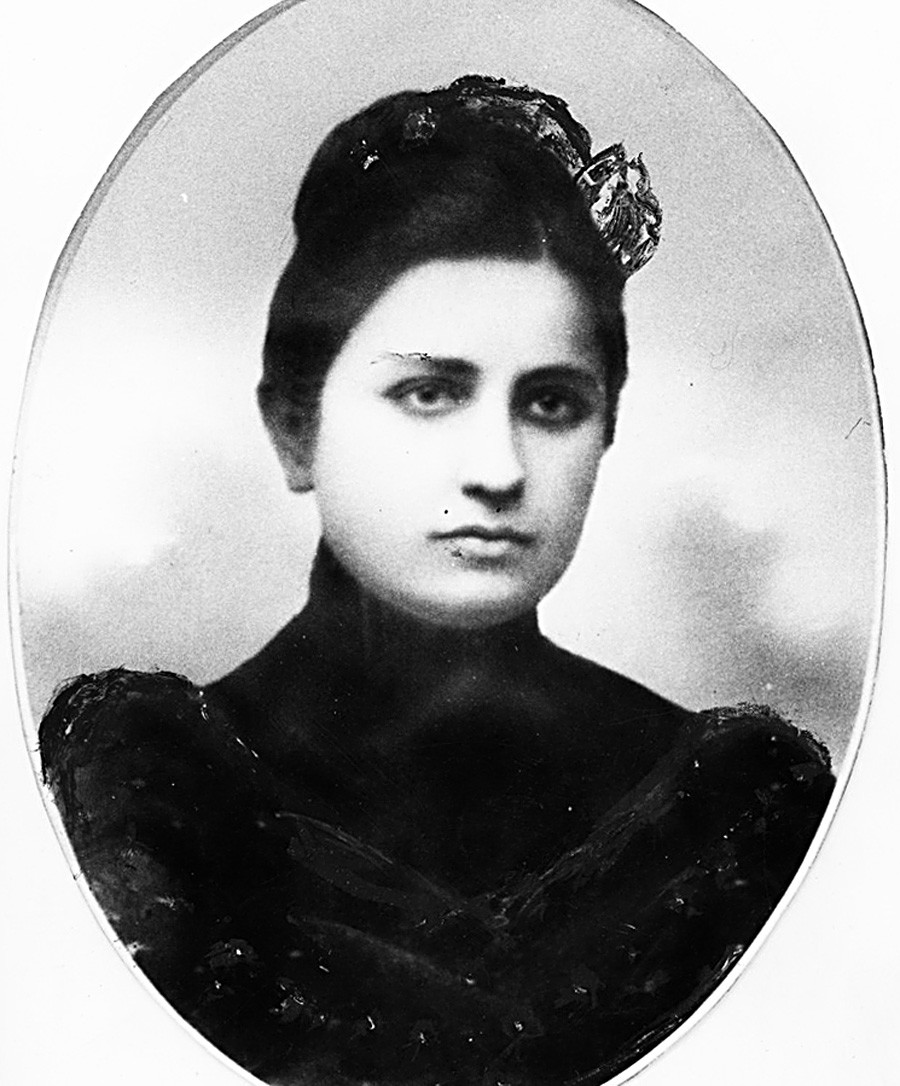 Stalin’s first wife was a girl from a poor Georgian family, Ekaterina (Kato) Svanidze. They married in 1906 in Tbilisi, Georgia. As was customary for the ultra-patriarchal Georgian society, Kato stayed at home while her husband went about his revolutionary affairs (mostly criminal at the time). Kato gave birth to their only son, Yakov, but died when the boy was just one year old.

In 1917, when Stalin was 39, he met his second wife, Nadezhda Alillueva, 16. He was already a renowned revolutionary, while Nadezhda wanted to become a sculptor. However, she was confined to solitary living because of her husband’s activities. After their marriage in 1918, Stalin was increasingly involved in building the new state. At home he was known to be even more tyrannical than at the office. Nadezhda had almost no friends - male or female - because they were afraid of her husband. In 1921, she gave birth to Vasily Stalin; in 1926 – to Svetlana. 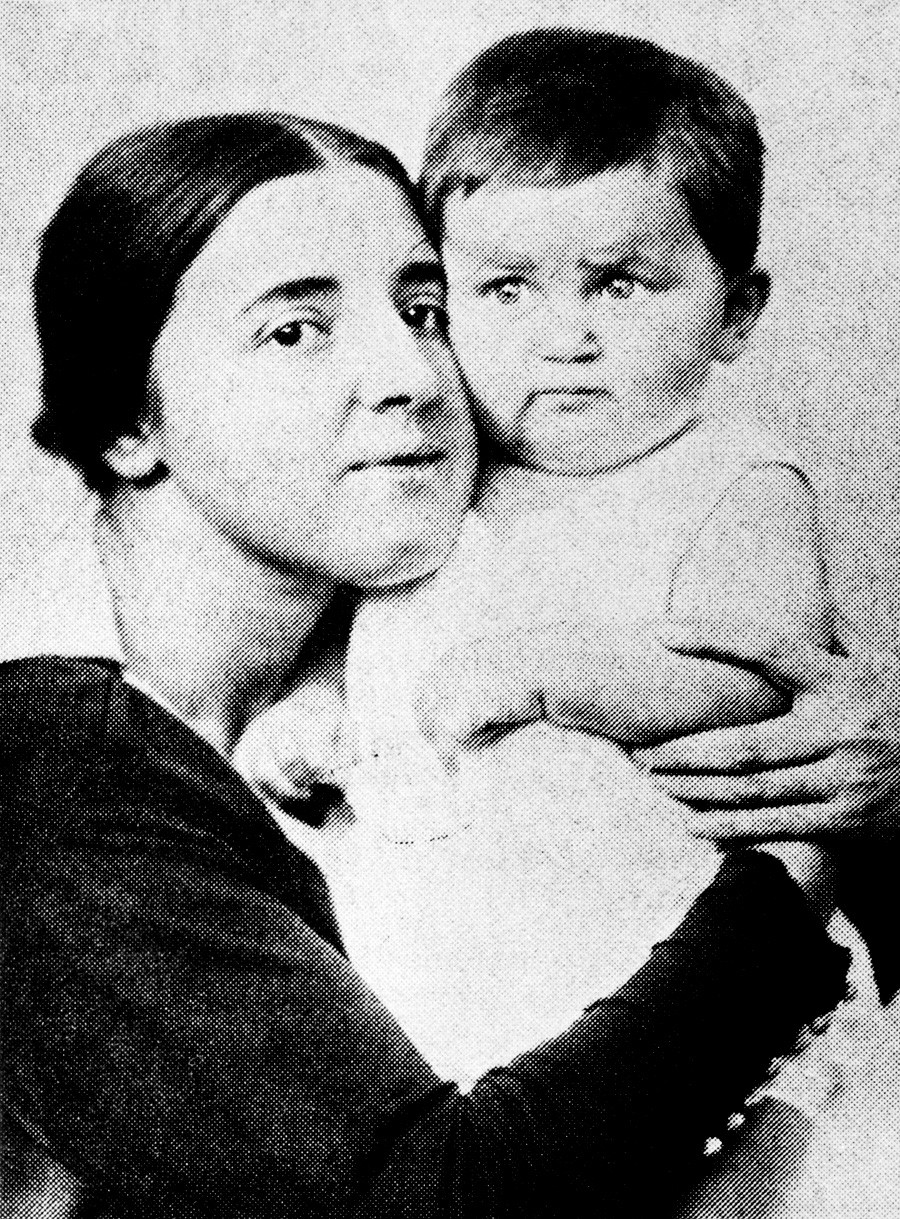 Stalin is believed to have destroyed all papers and letters documenting relations with his wife. Her death is still a mystery – she died on Nov. 9, 1932 of a gunshot wound to the head or to the heart. The official reason of death - appendicitis. Rumor had it that Stalin killed his wife during a drunken binge, but we’ll never know.

Stalin, who was 53 at the time of his second wife’s death, never remarried or had any known love affairs.

Nina Kuharchuk: Woman of the people 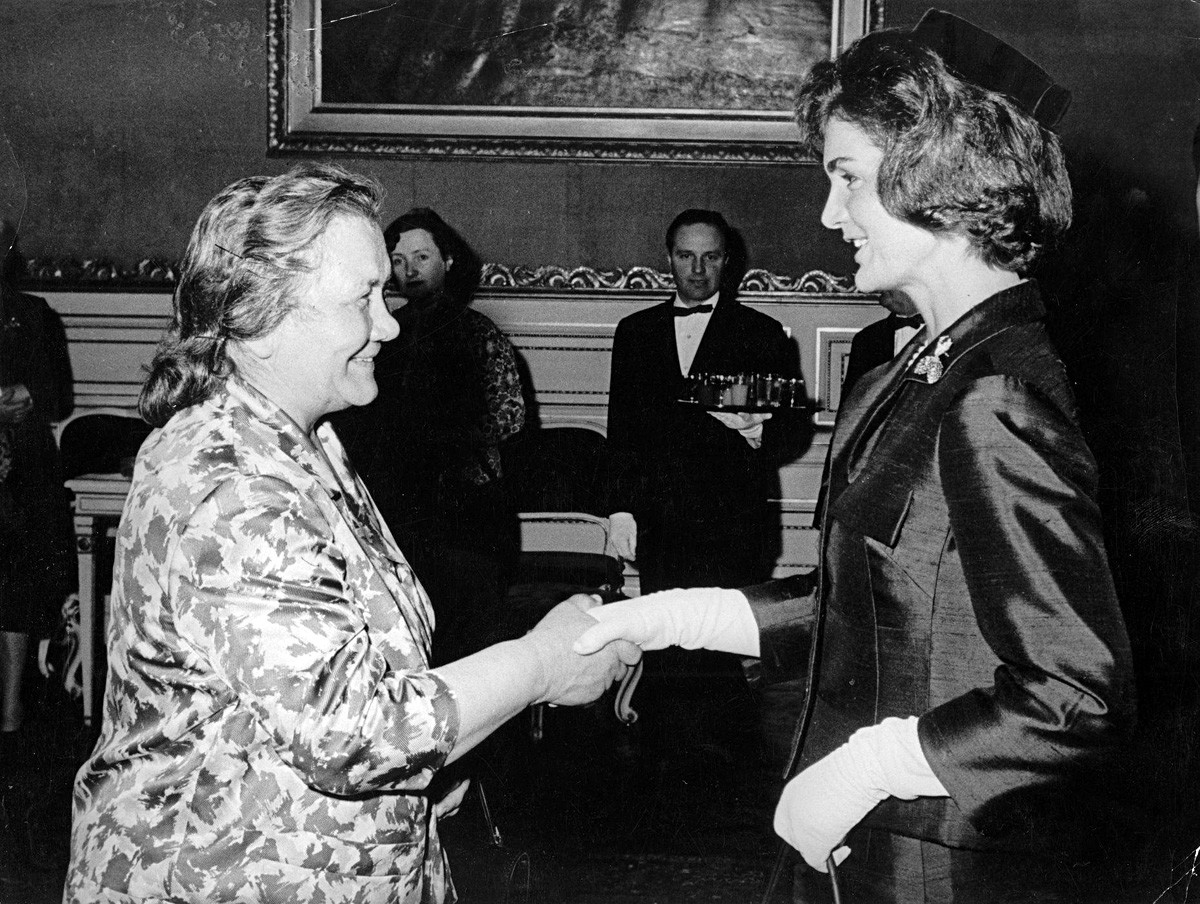 Nina was Nikita Khrushchev’s third wife, but she became the first Soviet ‘first lady,’ accompanying her husband to official receptions at home and abroad, impressing the overdressed public with her common approach.

Nina was born in 1900 in a simple peasant family. She studied well, but she chose revolutionary work in favor of university studies. In 1922, she met Khrushchev, who was a widower with two kids. They openly declared themselves husband and wife, as was common in youthful circles who despised ‘older morals’ (officially, their marriage was registered only in 1965, after Khrushchev retired).

Nina gave birth to three children, while Khrushchev’s kids from his first marriage lived with their family. By the 1960s, Nina learned the basics of English and started accompanying her husband on international visits.

Her photos with Jackie Kennedy became famous worldwide. Nina’s silk costume was of the latest style, but her undone hair and simple facial features propagated the Soviet image – a simple woman straight from the home.

In reality, however, like most revolutionaries, Nina didn’t know much about house work. By the time she and Nikita moved to Moscow in the 1930s, her husband had already been a top Soviet official. Nina had a small army of servants and only ‘supervised’ their work. She ended her life as a simple Soviet pensioner, however, but with a government dacha. She outlived her husband by 13 years. 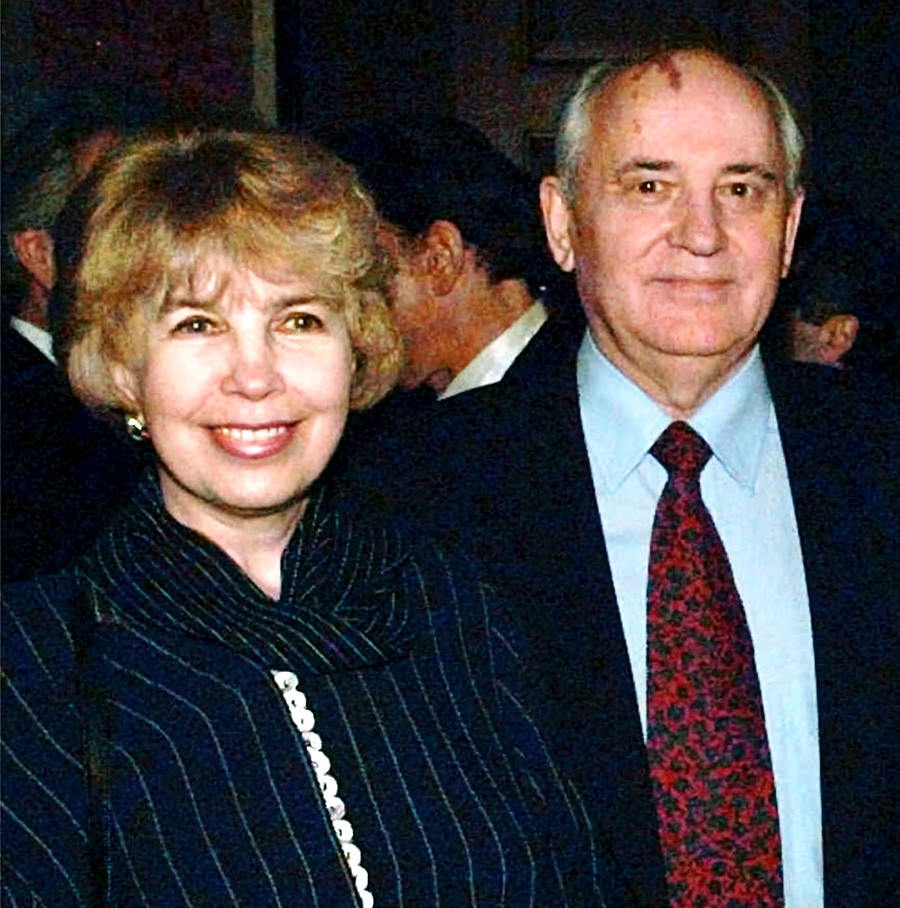 Raissa Gorbachev, former Soviet President Mikhail Gorbachev, at the State of the World Forum, Sept. 27, 1995 at the Fairmont Hotel in San Francisco

Mikhail Gorbachev met Raisa Titarenko when they were both students at Moscow State University – he was at the school of law, while Raisa studied philosophy. Before moving to Moscow in 1978, when Mikhail became Secretary for the Central Committee of the Communist Party, the couple and their children lived lean like most people in the country. But it’s not clear whether this was true or not.

When Gorbachev became General Secretary in 1985, Raisa took on the responsibilities of ‘first lady,’ which had been abandoned since Khrushchev left office (Leonid Brezhnev’s wife kept herself out of the spotlight).

Surprisingly, Raisa was fluent in English, while her husband needed an interpreter. She was a bright star at receptions, sported nice dresses and haircuts. But back home many people envied and even hated her – Perestroika was a time of exceptional scarcity of all basic consumer goods. So, Raisa’s posh dresses only enraged the public.

On the other hand, she used her position for good causes, and founded the Soviet (later Russian) Culture Fund that helped preserve many museums and cultural heritage sites. She also supported the Children of Chernobyl foundation, and visited the city shortly after the 1986 catastrophe.

During the August 1991 coup, Raisa feared for her husband’s life and suffered a serious breakdown. Later, doctors said that this stress, as well as her visit to Chernobyl, possibly instigated her leukemia, found in 1999.

She was sent to Germany and treated by the world’s leading oncologists, but after two months her health failed her completely. She is survived by her husband and their daughter, Irina, who now heads the Raisa Gorbacheva Club, which provides assistance to Russian children hospitals.