6 questions about the Chernobyl catastrophe 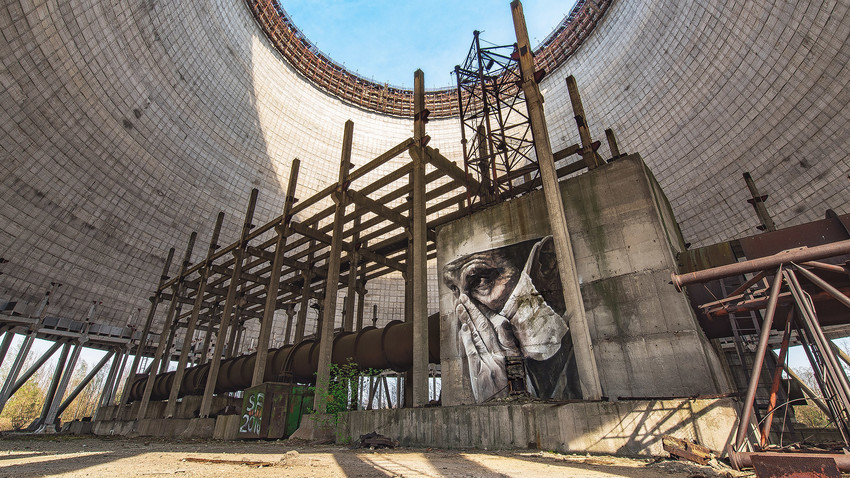 A piece of artwork on an abandoned structure, taken in Pripyat, Ukraine, April 2017.

Getty Images
On April 26, 1986, a nuclear reactor exploded at the Chernobyl nuclear plant near the city of Pripyat (now Ukraine), poisoning the air and soil in several districts of Ukraine, Russia, and Belarus. We answer the most popular questions about the accident.

1. What caused the explosion? 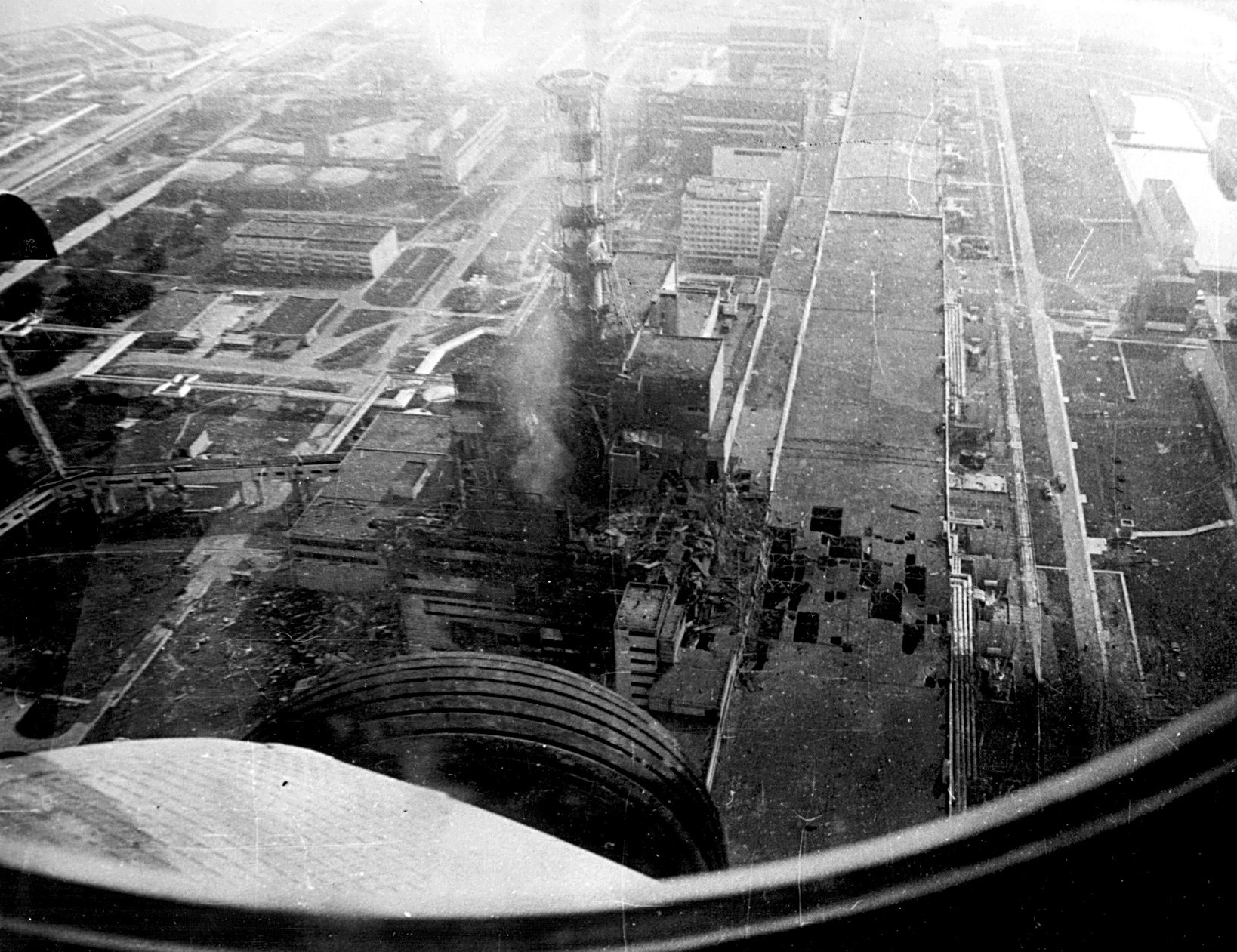 The reactor exploded in the dead of night, April 26. The most Soviet people didn't know anything about the accident until early May.

The exact reasons the worst nuclear meltdown in the history of mankind are still debated. It’s clear that when the nuclear plant’s workers were shutting down the fourth reactor (according to the plant’s schedule), the heat inside the reactor rose dramatically, which caused two explosions.

But why did the temperature suddenly rise? According to the first version presented in 1986 in an official report by the group INSAG (International Nuclear Safety Advisory Group), the plant operators and their “rule infringement” were to blame.

Nevertheless, the 1992 INSAG-7 report, as its authors confirmed, “shifted the emphasis to the contributions of particular design features, including the design of the control rods and safety systems.” As a result, researchers claimed that the structure of the Chernobyl nuclear plant had from the beginning. There are other versions (earthquake, terrorist attack, etc.) but these are considered less trustworthy.

2. How did the USSR react to the catastrophe? 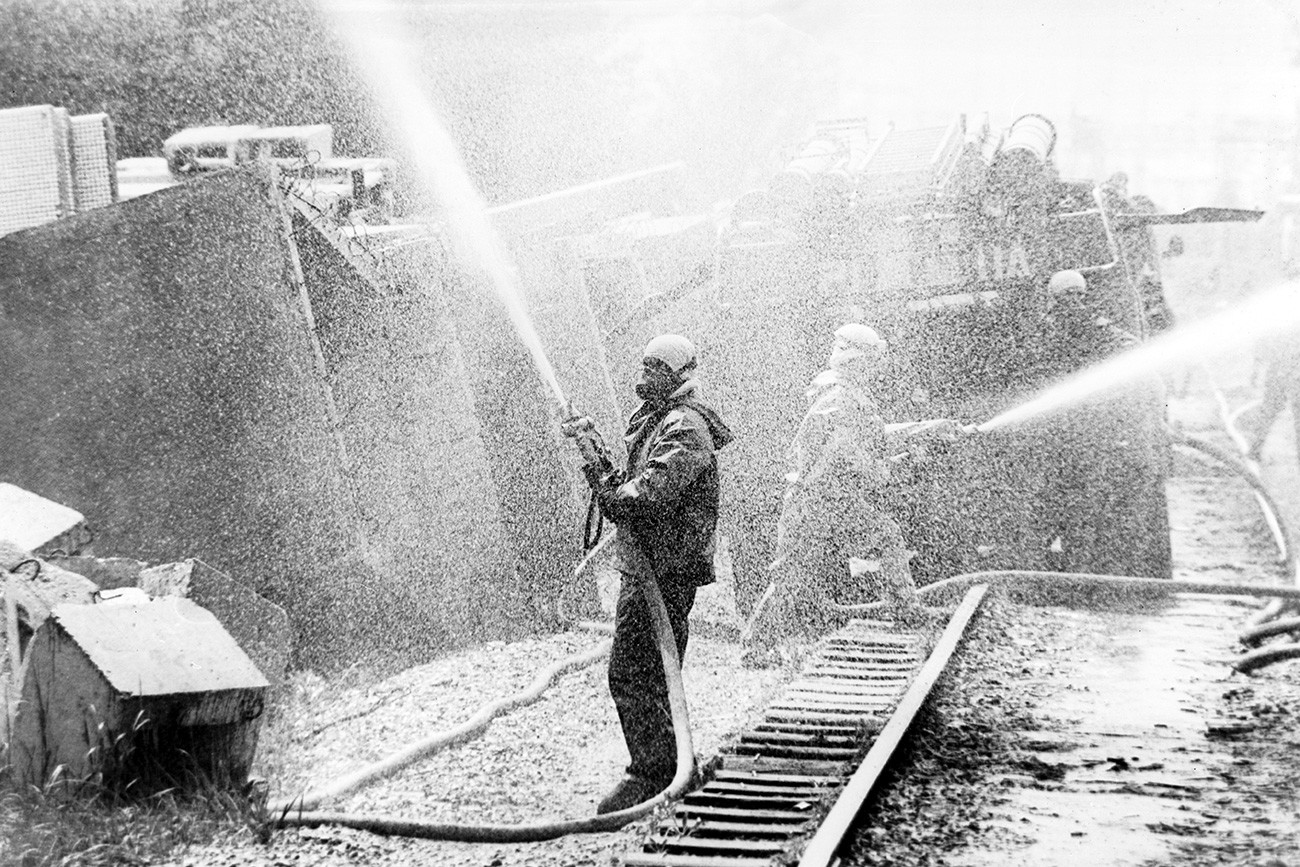 Treating the Chernobyl Nuclear Plant site with a decontaminating solution. Around 600,000 people took part in minimizing the consequences of the disaster.

For a couple of days, the USSR authorities did not reveal the true scale of the disaster to avoid panic, as officials told Russia Beyond. By April 27, the town of Pripyat, the closest settlement to Chernobyl (132 km north of Kyiv) was evacuated.

By early May the authorities expanded the exclusion zone to 30 km. The highly radioactive ruins of the reactor were covered with a special “sarcophagus” to prevent further pollution. More than 600,000 Soviet people took part in putting out fires, clearing territory, and building the sarcophagus.

3. How many victims there were? 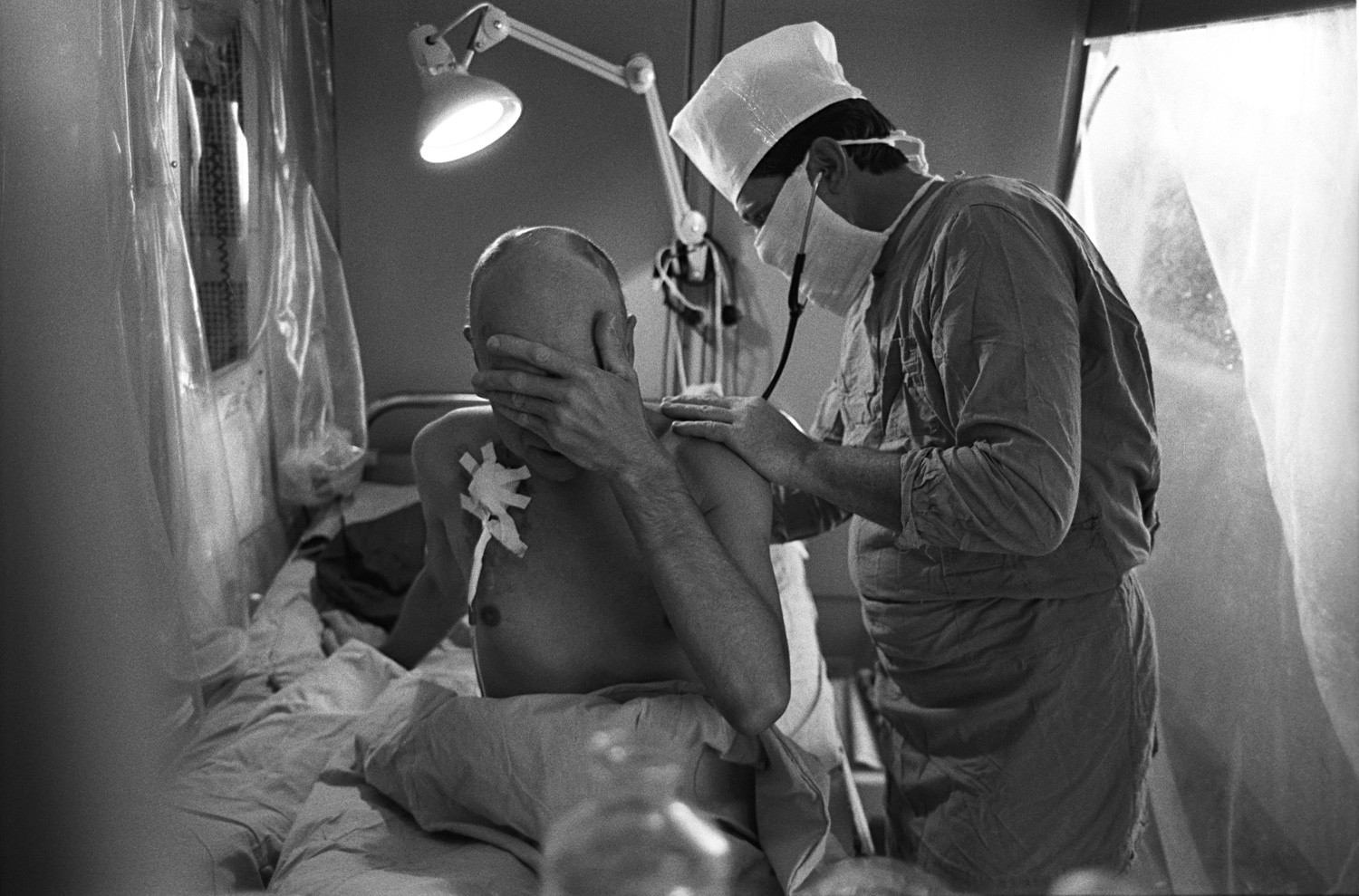 A liquidator being examined by a doctor in Moscow. Many liquidators suffered diseases after spending time at the nuclear plant.

Three people were killed by the explosion itself, but the lasting damage was far more severe. Among the plant operators who were at the station on April 26, 42 died of acute radiation syndrome over the following decade, according to Soviet sources. So at least 45 people fell victim to the catastrophe.

Generally, the explosions polluted a 200,000-km area with uranium and plutonium isotopes, iodine-131, , and strontium-90 – all radioactive and damaging to human health. However, it’s impossible to define the exact number of those who became sick and died due to the radiation (because with people getting sick and dying years and decades later, it's hard to define if their death has something to do with radiation). In 2005, the WHO (World Health Organization) reported that the Chernobyl accident may be responsible for the deaths of 4,000 people.

4. What are the current consequences? 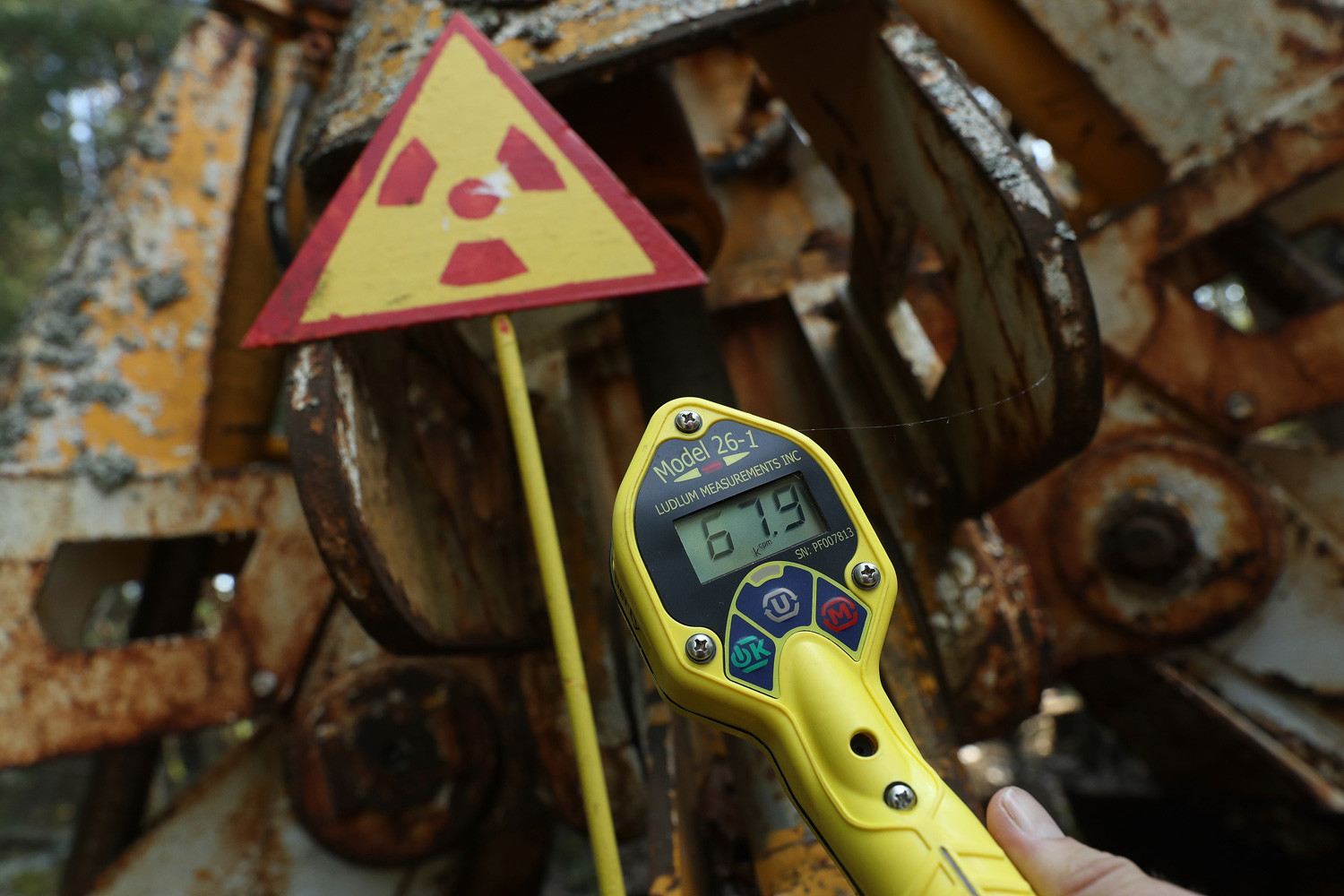 A Geiger counter shows a reading of 679,000 counts per minute near a metal claw contaminated with radioactivity in the ghost town of Pripyat in 2017. Such radiation level still surpasses the normal one seriously.

Despite the serious pollution, specialists mostly think that the consequences of the 30-year-old catastrophe are minimal. The most serious (and sad) one is the high risk of thyroid cancer for people who were younger than 18 when the accident occurred – most because they were drinking milk polluted with radioactive iodine, WHO reported in 2006.

TASS quotes Rafael Arutyunian, an expert on nuclear security, as saying: “There are no serious consequences for the people (apart from cases of thyroid cancer), and there can’t be, as the radiation dose they faced, was minor. As for the effect on the environment, it is even less than on humans.”

Some people disagree, however. When in 2016 a correspondent of Russia Beyond traveled to Novozybkov (Bryansk Region), the closest town to Chernobyl on Russian territory, he was told that cancer incidences are more than two and a half times the national average.

5. Do people live near Chernobyl now? 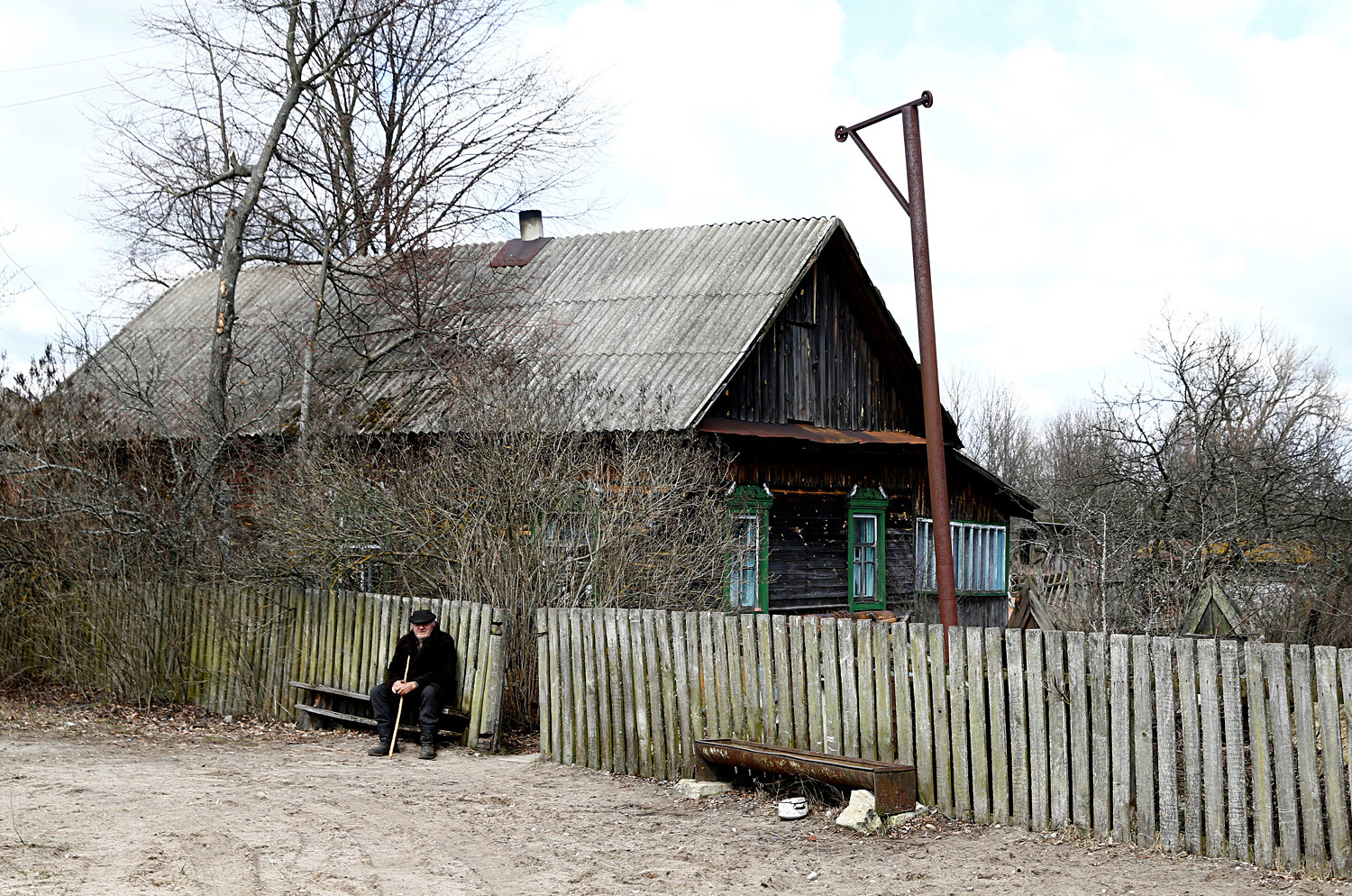 Ivan Shamyanok, 90, sits in front of his house in the village of Tulgovichi, near the exclusion zone. He is not eager to leave his land.

The 30-km exclusion zone around the infamous fourthreactor remains. However, several people – around 2,000 – have returned to their deserted houses in Pripyat and nearby villages, preferring to live in severe conditions rather than abandoning their homeland. As a 90-year-old inhabitant of the exclusion zone said in 2016, “the secret to a long life is not to leave your birthplace, even when it is poisoned.” 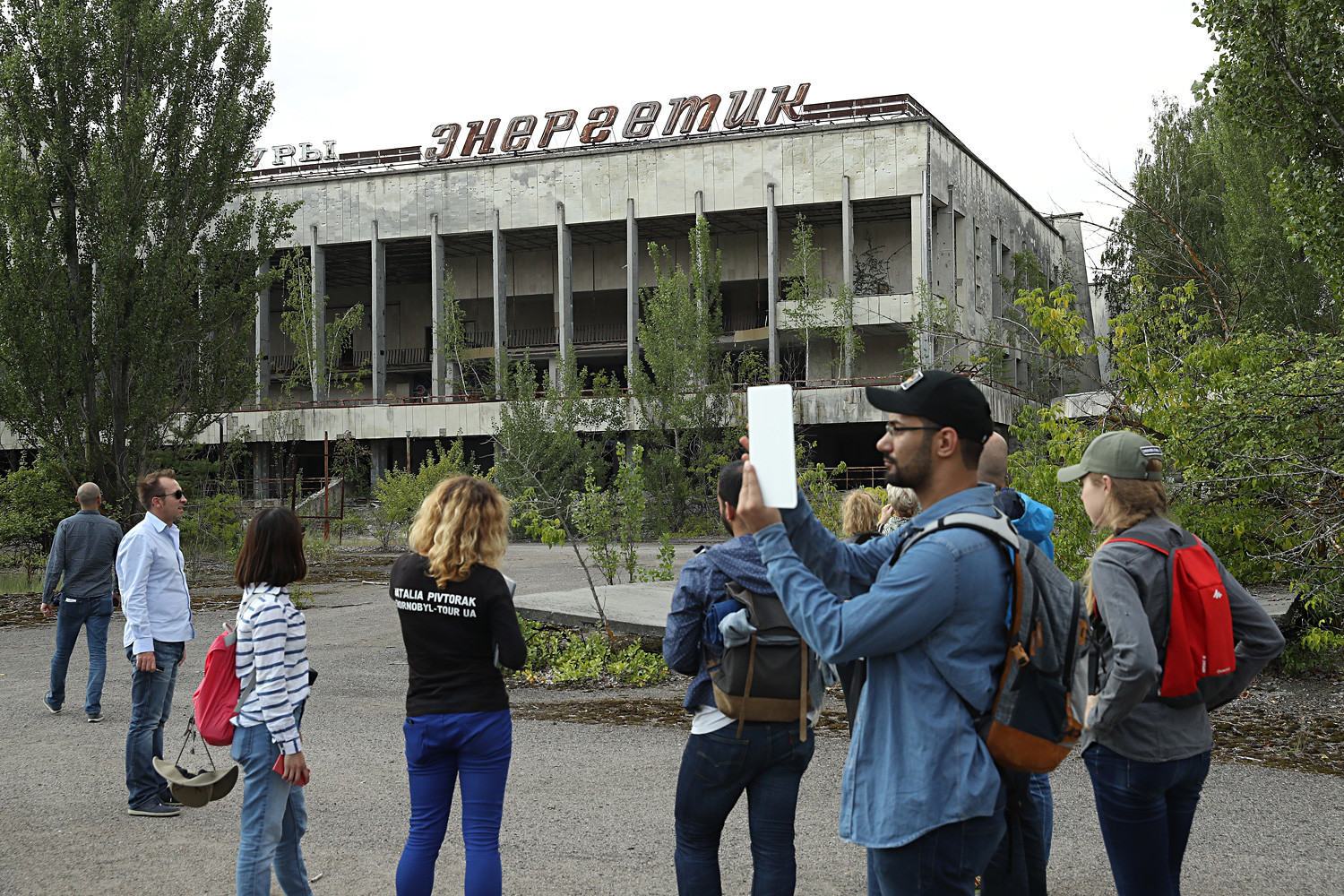 Tourists snap photos outside the former Energetika cultural center in the ghost town of Pripyat (Ukraine) in August 2017.

People do – there are trips. To experience the eerie atmosphere of abandoned Soviet towns one should go to Ukraine, book a trip (according to the official website, the cheapest one-day trip is $89) and enjoy a unique journey.

“The danger level in the zone is not that high, but some precautionary measures are still advised, mostly about clothing,” Russia Beyond’s correspondent Anton Papich wrote while visiting Chernobyl two years ago. According to his (and other journalists’) writings, it’s a real ghost town there – where time stands still ever since that gloomy day in 1986.

Surprisingly, districts near Chernobyl are not the most dangerous in terms of nuclear pollution. Here’s a story of Lake Karachay, the most polluted place on Earth.