How a joint Soviet-American WWII operation ended in disaster for the U.S. 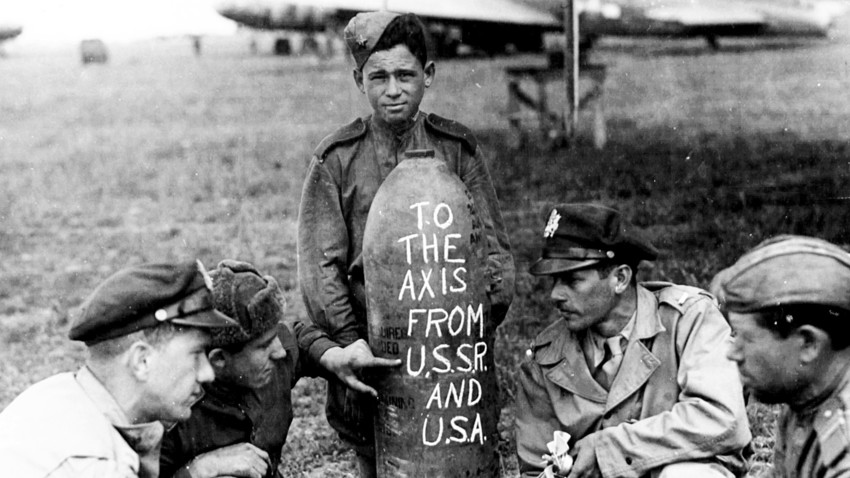 National Archives/Fortepan
A joint American-Soviet bombing mission over Germany in 1944 was meant to improve relations between the two countries. Instead, it seriously damaged them and contributed greatly to the launch of the Cold War.

From the day it entered WWII in December 1941, the U.S. had planned to use Soviet airfields for massive bombing raids on Germany, but for years it met stubborn Soviet resistance to the idea.

It was only in February 1944 that Stalin approved plans for a small number of American bombers to operate from Soviet air bases. This was how Operation Frantic was born, giving the Americans the opportunity to bomb strategically important targets in Germany, which they couldn’t reach from airfields in England and Italy.

The RAF refused to join Operation Frantic due to Winston Churchill’s deep mistrust of the Soviets. However, U.S. leaders saw a perfect opportunity to improve relations with the USSR.

U.S. bombers used a “shuttle bombing” technique during Operation Frantic, where aircraft took off from Soviet airfields, but after bombing enemy targets landed at airfields in Allied-occupied Italy. On their next mission, the bombers took off from Italy, bombed their targets and land at Soviet bases. 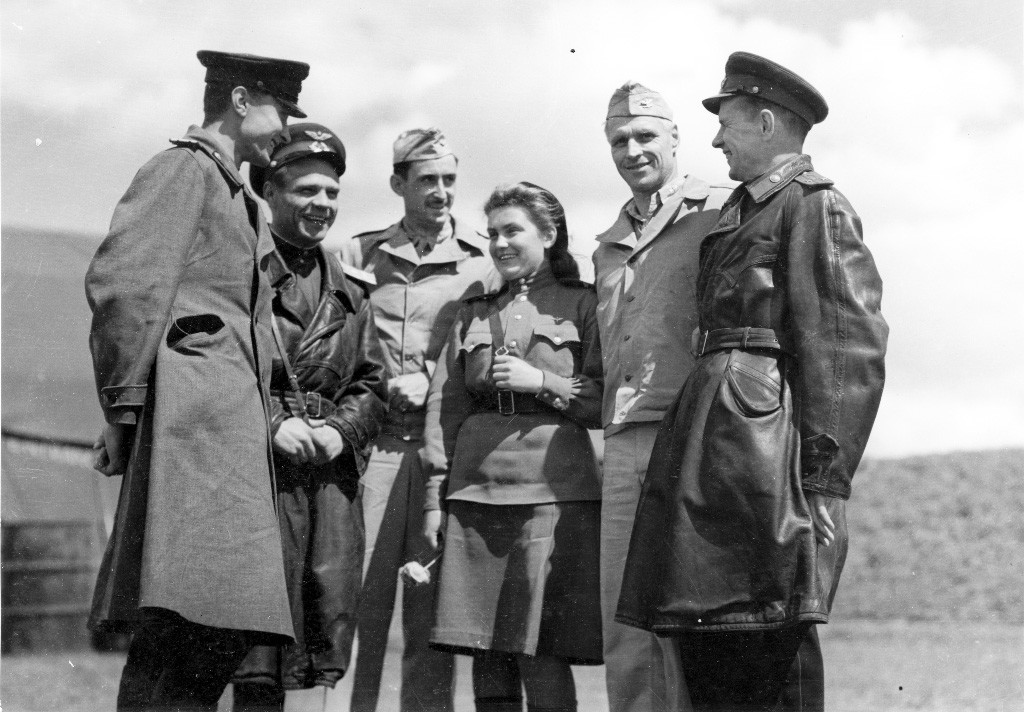 “Shuttle bombing” was designed to fool Luftwaffe pilots, who usually tried to intercept Allied bombers on their way home. With this technique they could never tell in which direction the bombers would head after their mission.

Three airfields near Poltava in Eastern Ukraine were chosen for the deployment of B-17 Flying Fortresses and B-24 heavy bombers, along with escort fighters P-51 and P-38.

Several thousand American specialists and masses of cargo and ammunition were brought to Poltava during the spring of 1944. The Americans were warmly greeted by locals, and a Poltava jazz band performed in their honor. 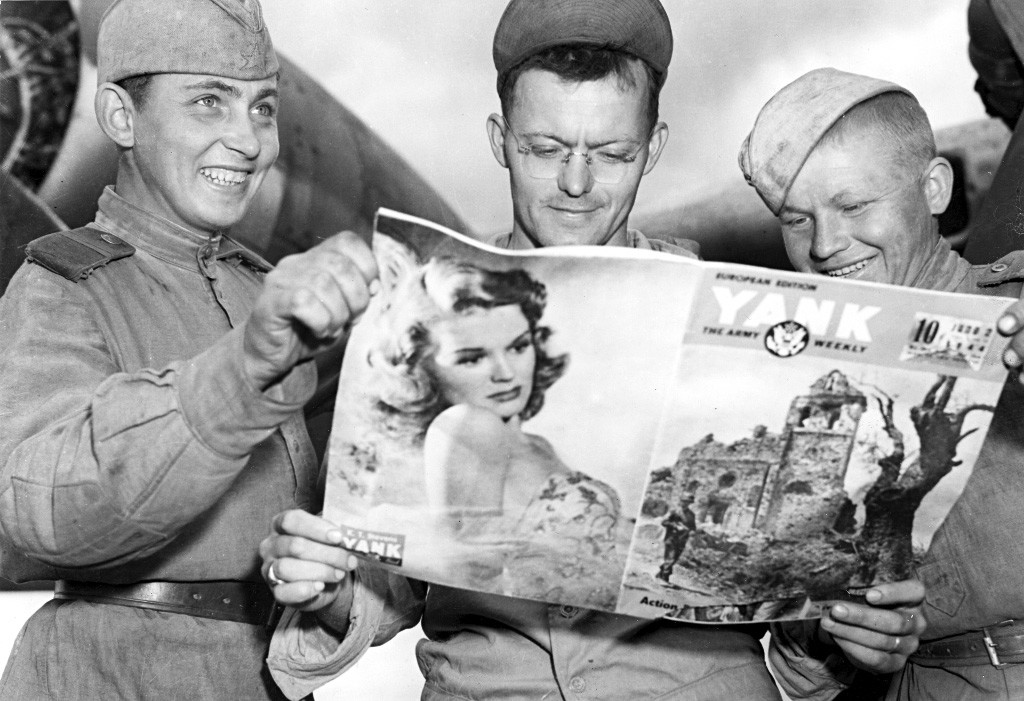 “They were greeted with joy. We were striking the enemy together. This was a happy event for the joint cause,” Vladimir Stankevich, who served as a translator at the airfield recalled.

Operation Frantic was officially launched on June 2 when 200 American bombers and fighters left Italy, bombed a railway station in Hungary and landed on Soviet airfields for the first time.

The pilots got acquainted with their future colleagues - Soviet mechanics, enjoyed walks in Poltava, happily talked to locals and filmed everything with their cine cameras. Despite language differences and strong recommendations by Soviet SMERSH counterintelligence not to engage in close contacts with the Americans, the U.S. pilots established warm and trusting relations with the Soviet personnel. 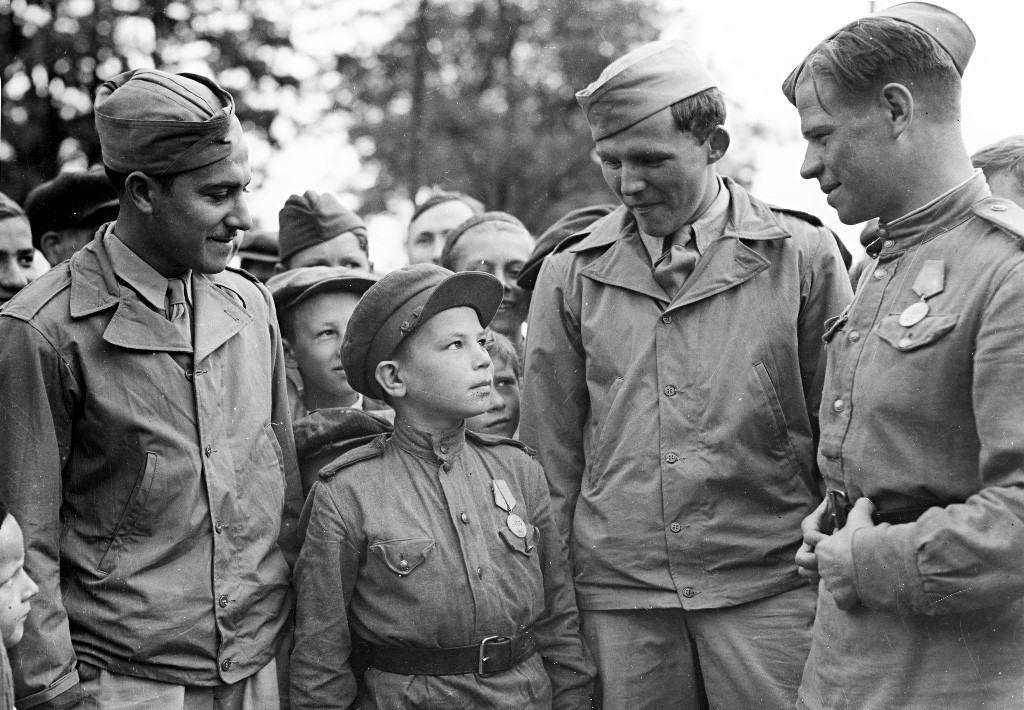 Humorous incidents occured. American Lieutenant Fried tried to enter Poltava city hall without a pass. After he was apprehended, Fried said: “I went to the administration to see with my own eyes how and where your Communist Party is working.”

Regular bombings of key strategic targets in Germany, Poland, Hungary and Romania went on for a month until the operation was struck by catastrophe.

Suffering from heavy strikes on their military factories and key railway junctions, the Germans were swift to respond. On June 21 one He-111 secretly followed the American bombers as they returned to the Soviet airfields and identified their deployment site.

“The last American bomber brought the German reconnaissance aircraft on its tail. The German made just one circle over the airfield and vanished. Our fighters tried to intercept it, but failed,” - mechanic Yuri Dubrovin recalled. 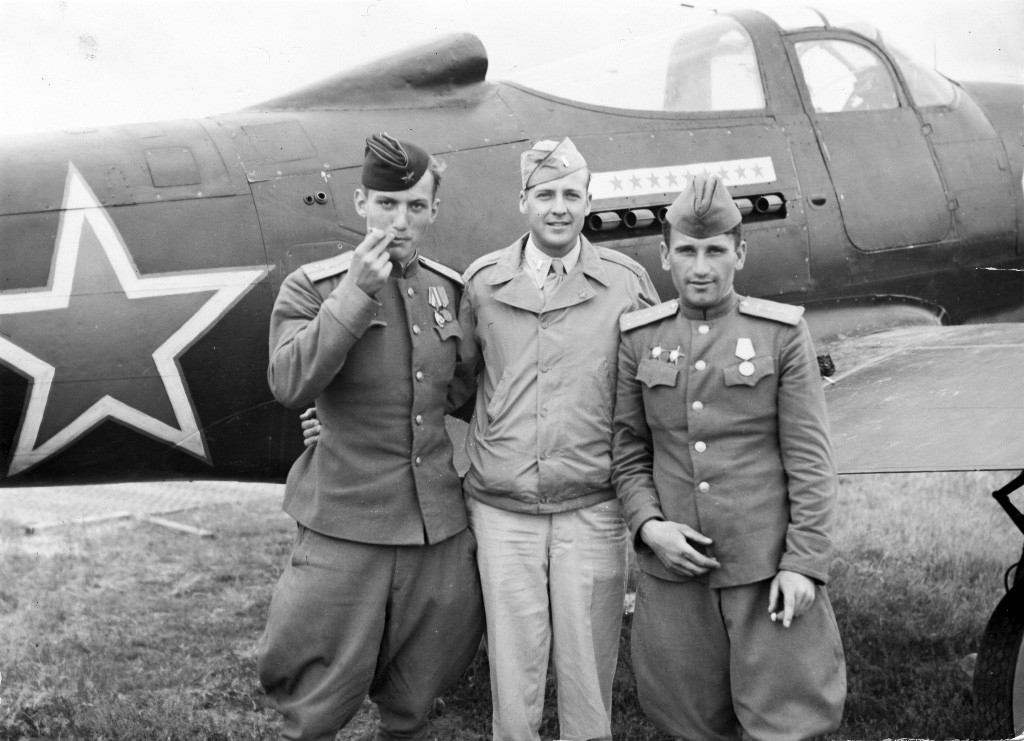 The following night German and Hungarian bombers struck the airfield near Poltava. Neither Soviet interceptors, nor local Anti-Aircraft gunners could stop them. In fact, the Soviet AA gunfire provided a perfect orientation point for the incoming Axis aircraft.

“I just wanted one thing - to die. That was a true hell,” recalled paramedic Marina Kovaleva.

The Americans suffered colossal losses, losing 47 out of the 73 aircraft. Large stores of U.S. ammunition and cargo were also destroyed. “This was our greatest loss sustained at a single airfield during the whole war,” B-17 commander John Pesch said.

American commanders blamed the Soviet side for the disaster accusing the Soviets of having weak AA artillery and intercepting aircraft completely unprepared for the night fighting. They demanded their own AA defense and night interceptors from the U.S. 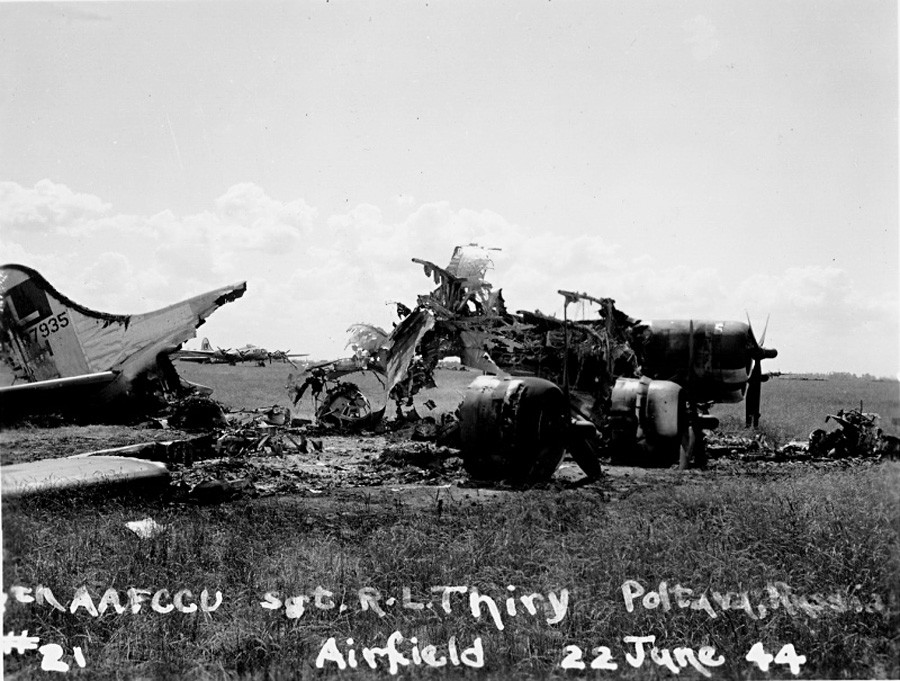 The American accusations made sense. The Soviets had not provided sufficient protection for the airfield, and not a single night fighter was stationed there. Massive, but chaotic fire from the AA batteries failed to hit as single German aircraft.

“The Russians could have been better prepared. We met no resistance at all. I guess, the Americans and Russians had a big misunderstanding between each other,” Heinz Kiel, an He-111 radio operator, said.

Operation Frantic was temporarily stopped. The remaining aircraft were redeployed to Italian airfields. Relations between remaining the Americans and Soviets at the airfields became extremely cold and tense.

Even though tensions had risen, the operation was relaunched in August, although on a much more modest scale. 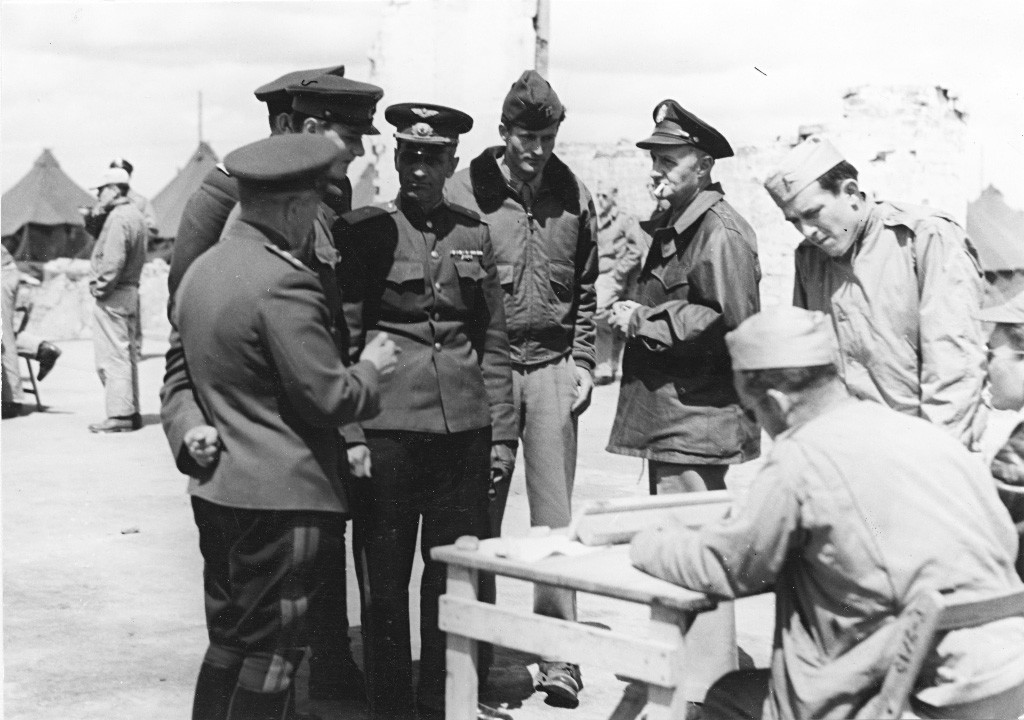 The swan song of Operation Frantic came during the Warsaw Uprising. Persistent requests by the Americans to allow them to organize supplies to the Poles via Soviet airspace were rejected by Stalin who wanted the Red Army alone to liberate Poland.

The other reason the operation was ditched was that the rapid Soviet westward advance had left Poltava far in the rear.

On 19th September 1944, all American bombers and fighters left the Poltava airfields for the last time.

In October, the majority of remaining American personnel were evacuated from the Soviet Union. During the winter of 1944-1945 only 200 men remained. Far from the main battlefront in Europe they dubbed themselves “lost in Ukraine.” 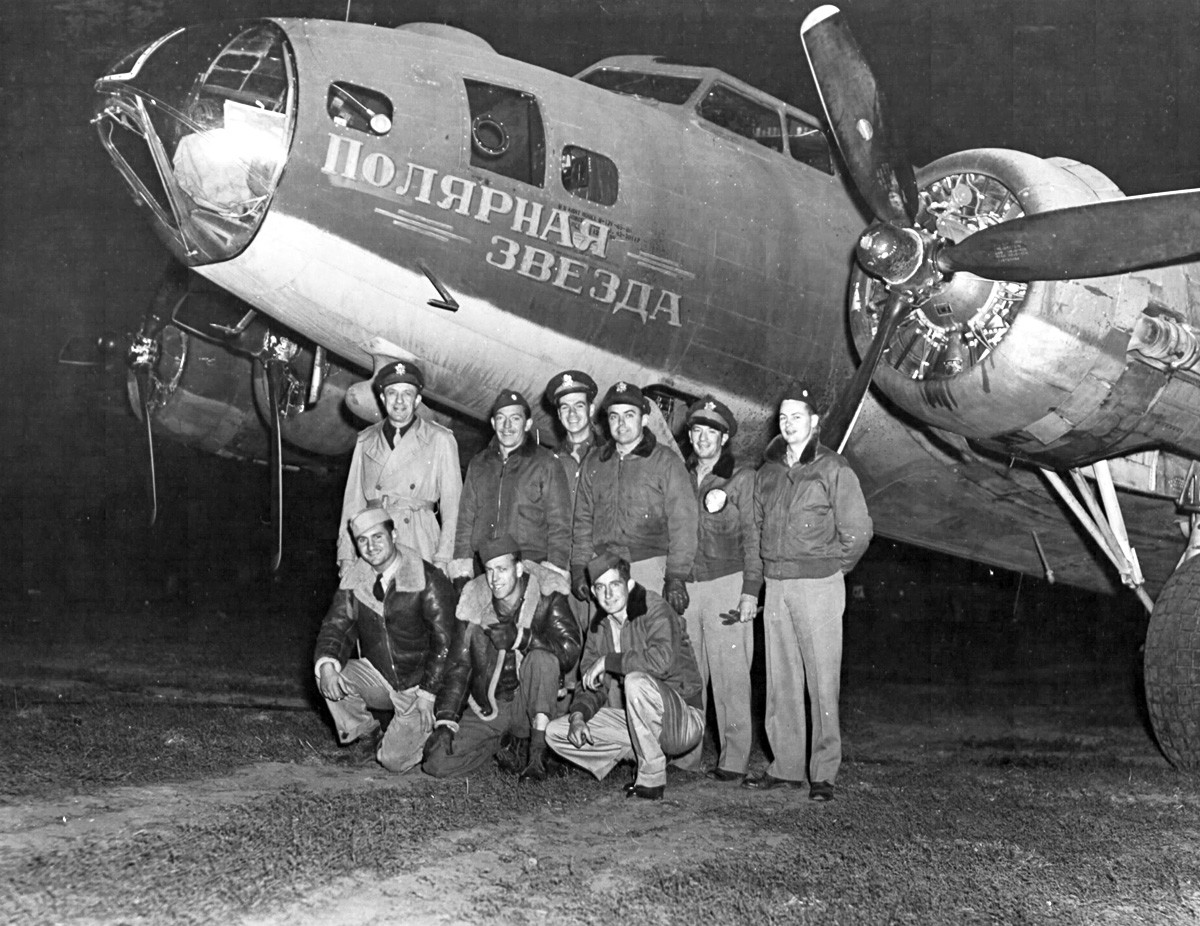 It was only after the war in Europe was already more than six weeks over - on June 22, 1945 - that the last Americans left the Soviet Union, to be redeployed to the Far East to fight the Japanese.

An operation launched with the lofty aim of improving Soviet-American relations ended up doing much to destroy them.