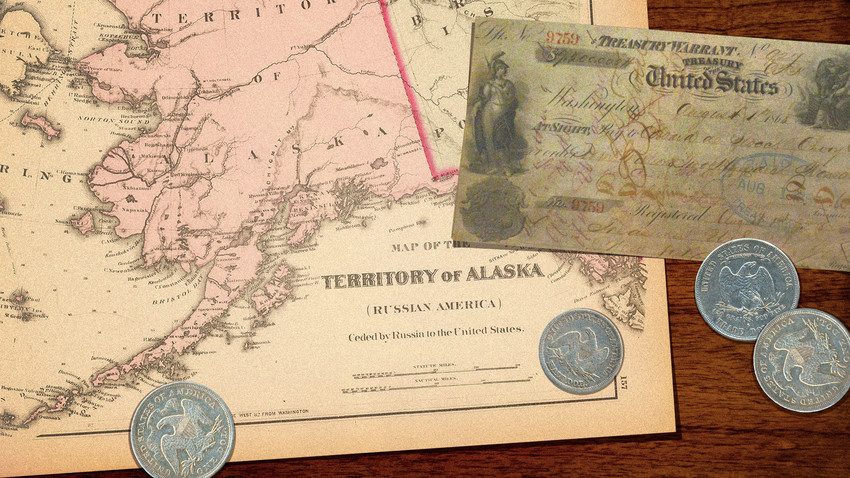 Alexander Kislov
Both historians and amateurs contend that Russia was unlawfully deprived of Alaska – that it was never sold, but instead leased to the U.S. for 99 years and not reclaimed in 1967. This unusual version of history surfaces from time to time, and so we take a close look at the truth behind it, and explain what Stalin has to do with it.

In 2014, a petition appeared on the White House’s official web page, urging the president to return Alaska to Russia. Reasons cited were that Russians first discovered the land, civilized and governed it. The petition gathered over 20,000 signatures, but nothing ever came of it. Still, this petition reignited the discussion about the ownership of the state.

A claim out of the blue

In a previously published article we traced the story of Alaska’s sale in 1867, and it is clear that no questions about lawful ownership were raised until many decades later.

After the Bolshevik government seized power in 1918, it announced the cessation of all financial and territorial obligations made by the Russian Empire. Concerning Alaska, there was never any question. According to the 1867 treaty, Russia and the U.S. agreed for “cession to the United States of all the territory of all the territory and dominions now possessed by His Majesty on the continent of America, and in the adjacent islands.”

At the end of World War II, during the Yalta Conference, Stalin is rumored to have mentioned that the USSR won’t exert its claim over Alaska. Americans were a bit baffled, because the USSR had absolutely no rights on the North American continent.

Still, since then, this rumor has surfaced from time to time, and even found its way into the speeches of some Russian politicians such as Vladimir Zhirinovsky, the firebrand leader of the Liberal Democratic Party of Russia. His claims haven’t sparked any serious debate, but there’s another myth that we have to debunk – many Russians and Americans have long thought that Russia didn’t receive the payment for the Alaska lands.

The gold that didn’t sink

According to this other myth the $7.2 million, or 11,362,481 rubles and 94 kopecks sunk to the bottom of the sea onboard the ship Orkney, which supposedly was destroyed near Baltic shores on July 16, 1868.

The story goes that a certain William Thompson blew the ship up to get insurance money for his goods that were transported on the vessel. The story is beautifully debunked here, and the main hole in this theory is obvious: payment was due August 1, 1868 – so Orkney could not have carried any money before that time. Also, in that same year, the vessel had traveled to South America, not Saint Petersburg.

As for the money, it apparently never existed in physical form. As Russian historian Alexander Petrov shows, and as we mentioned in our comic-book styled guide to the Alaska story, almost 11 million roubles out of 11,360,000 were spent immediately to purchase railroad equipment for Russia, so there was no need to transport any possible gold payment by sea.