Why did Russian artists depict the enemy as innocent kids during WWI? 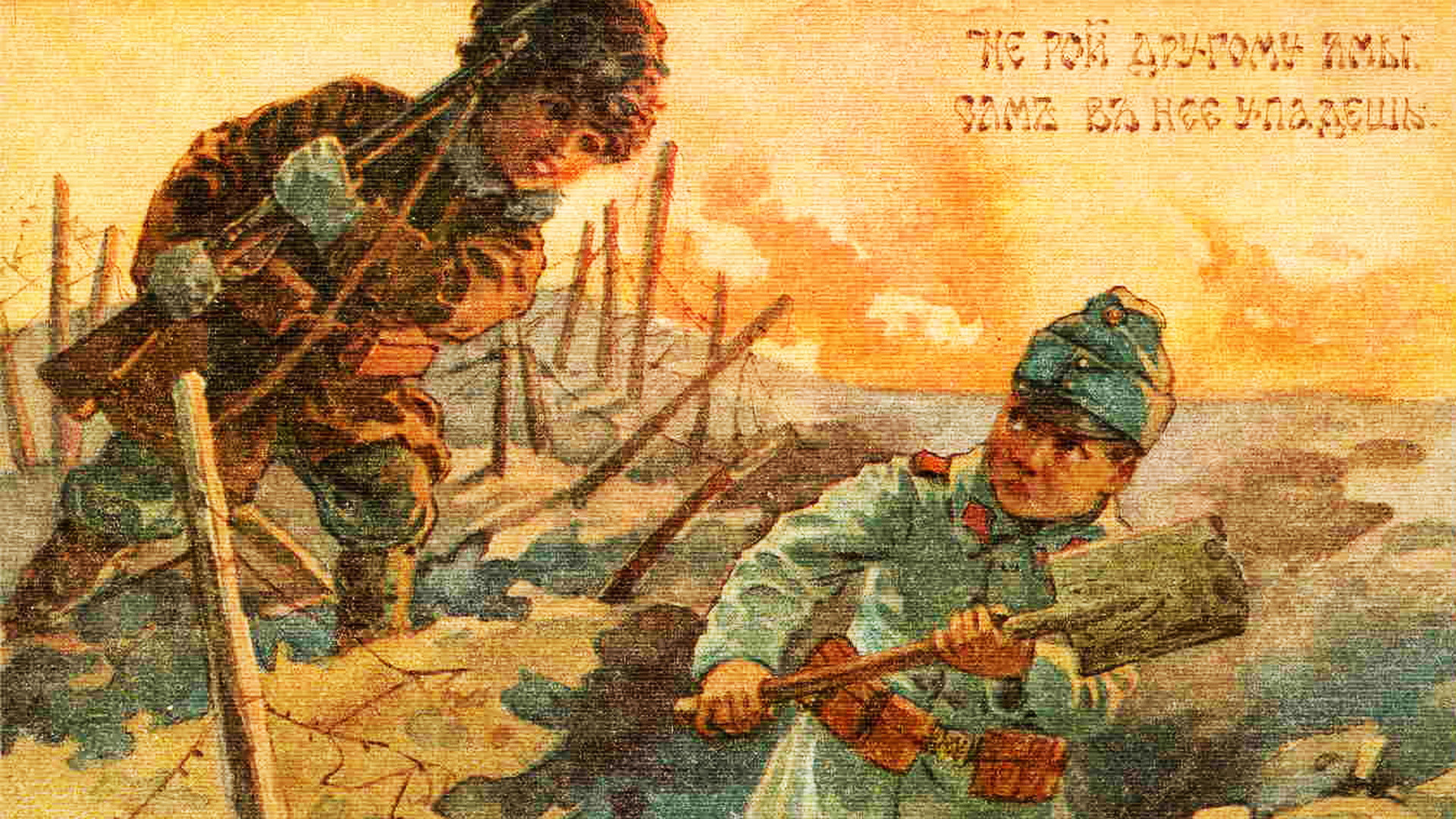 Among the many types of propaganda during there was one completely deprived of hate, rage, and the horrors of conflict 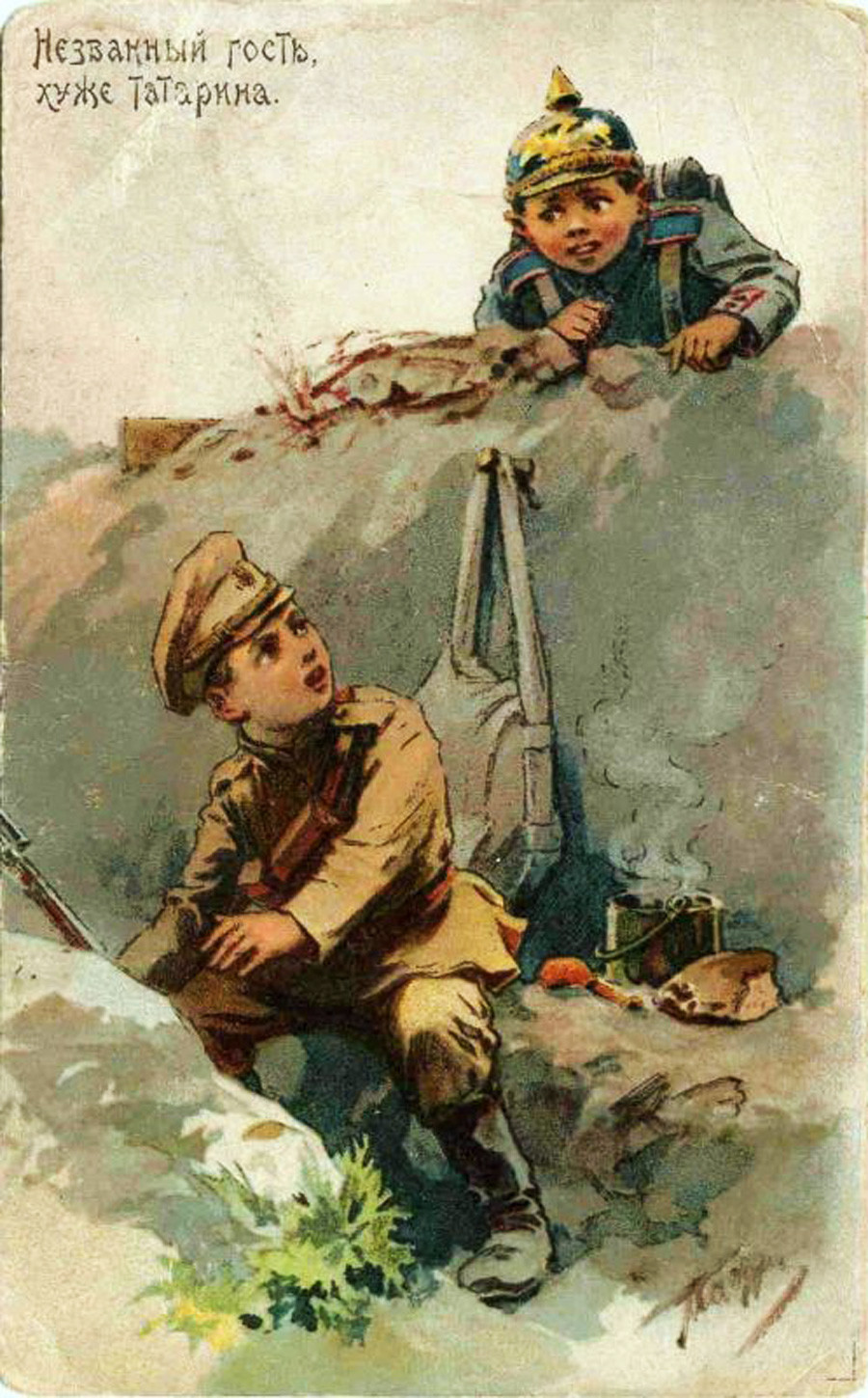 portraying the war, some artists replaced adults with children. As a result, the terrible and ruthless conflict was turned into an innocuous childish game 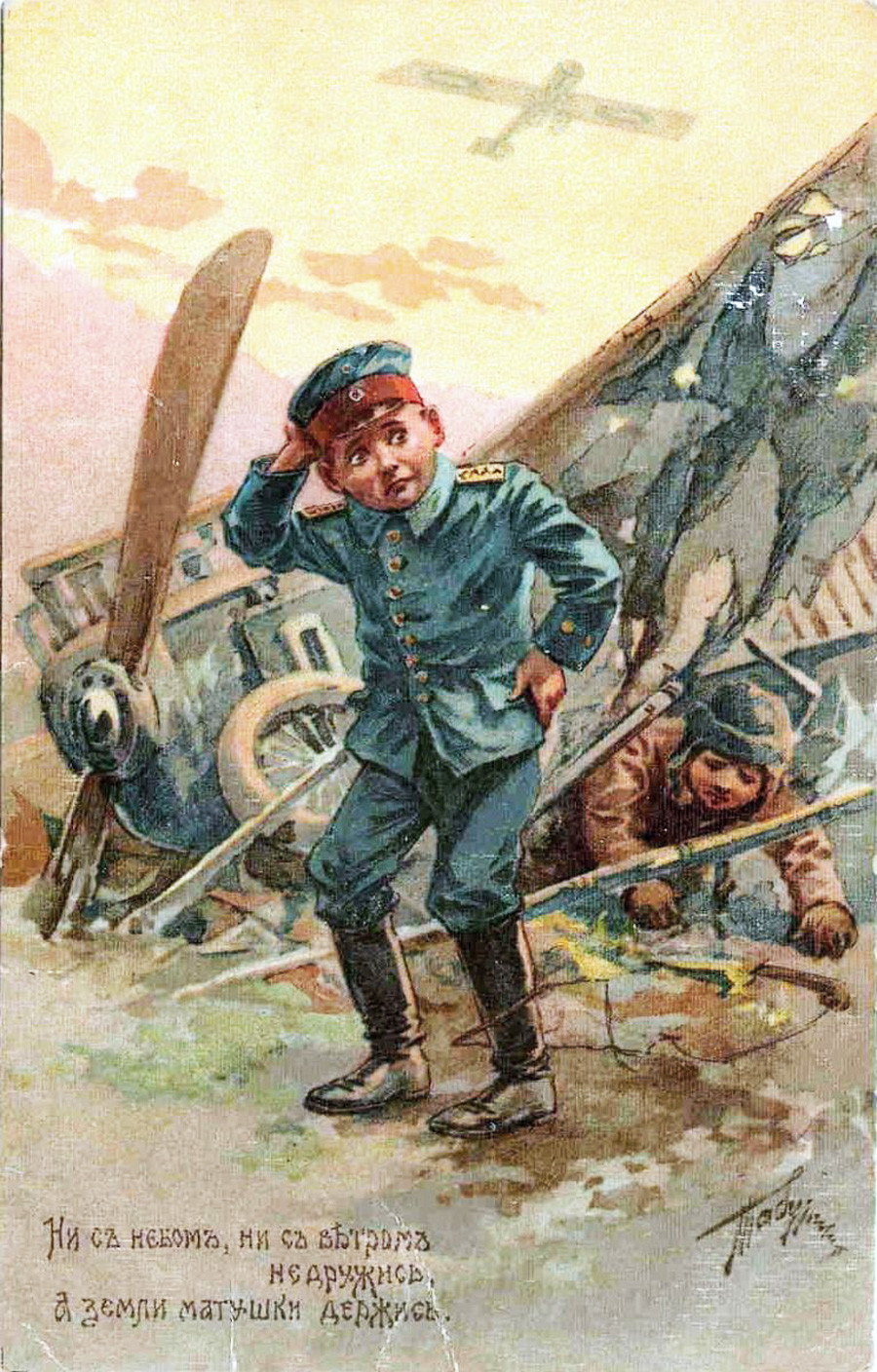 on the postcards are depicted as soldiers: they fight the enemy, sit in the trenches, guard their base, write letters to loved ones, fly warplanes, and sail warships 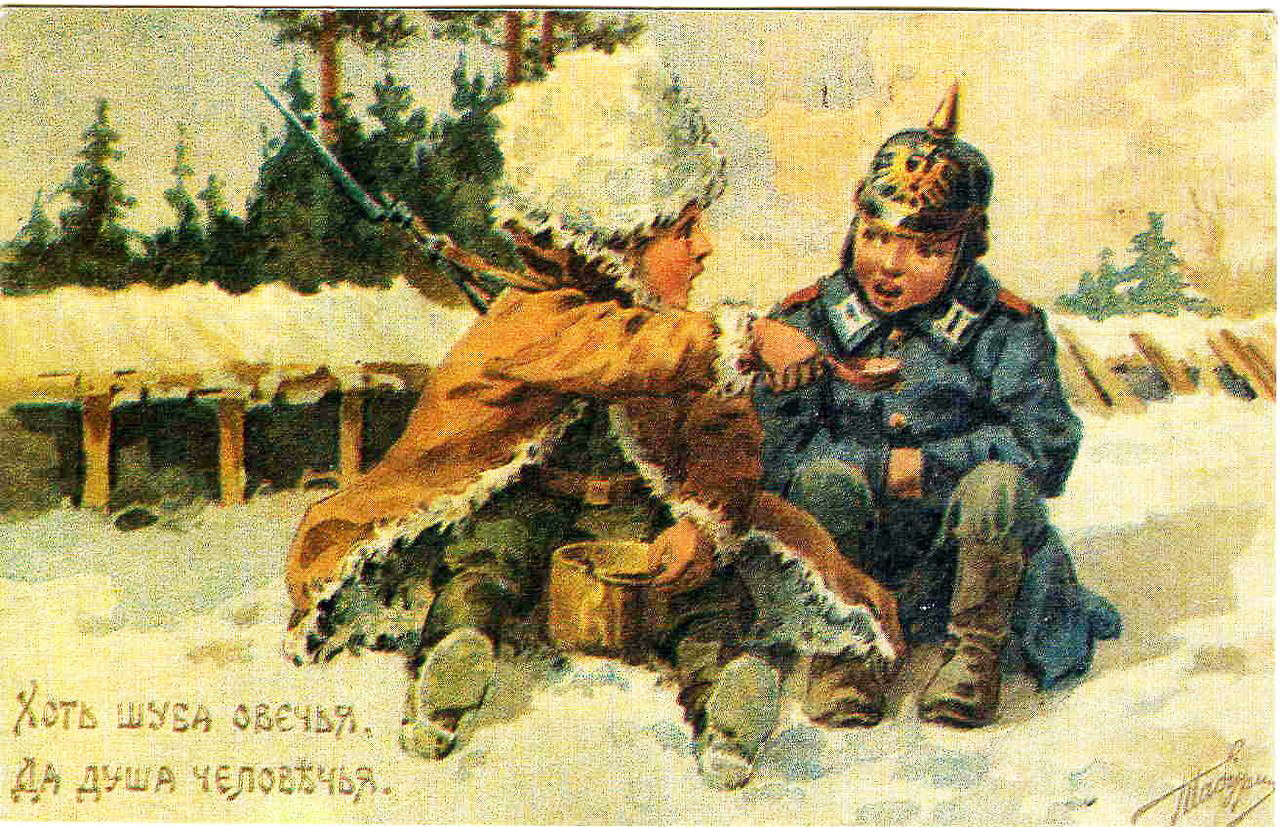 no place for evil in these childish war postcards. It seems like the conflict is nothing more than a game, during which no one is hurt or killed 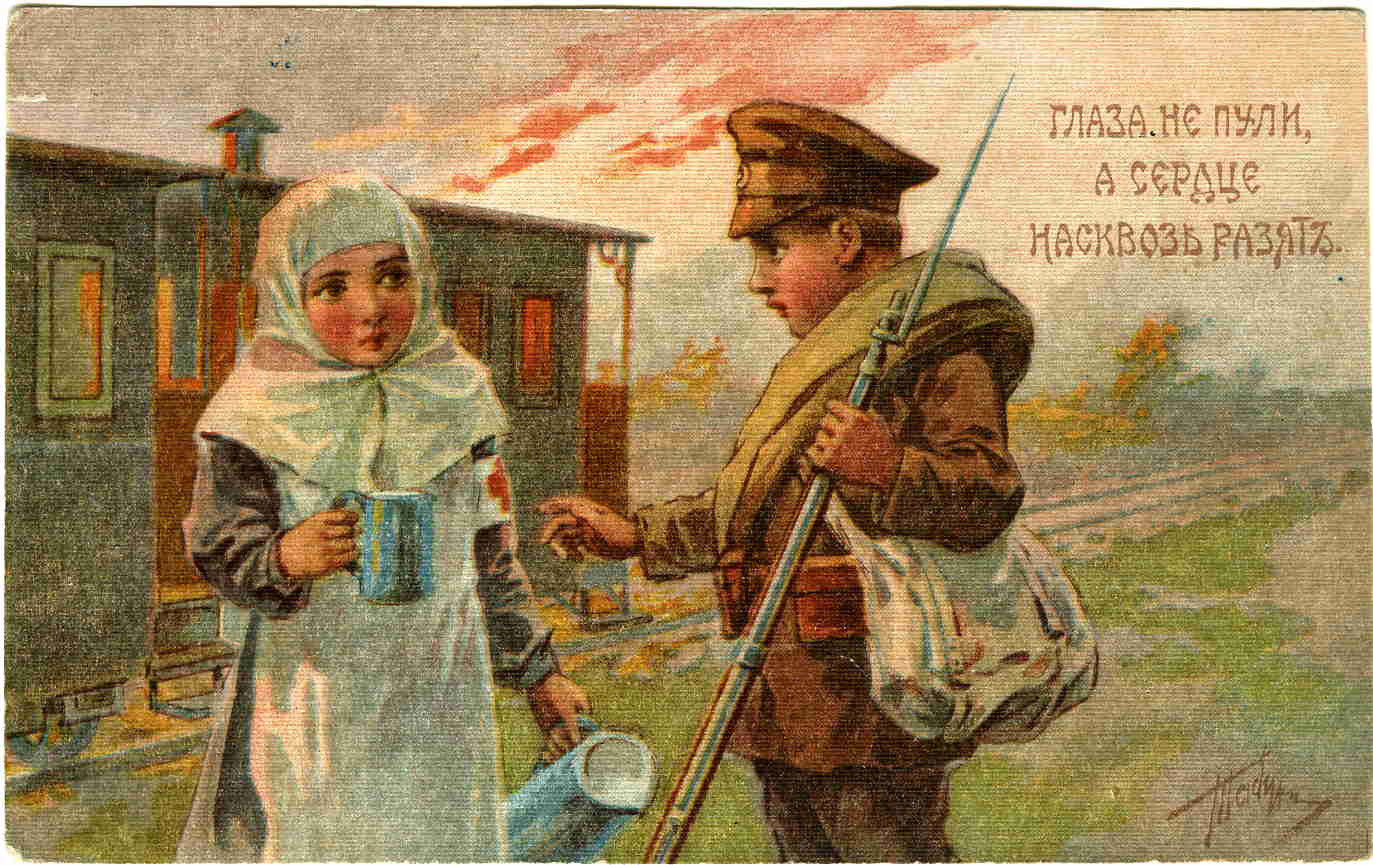 innocent kids shown on the postcards have nothing in common with the cruel and satirical images of the enemy on conventional propaganda posters from the same period. 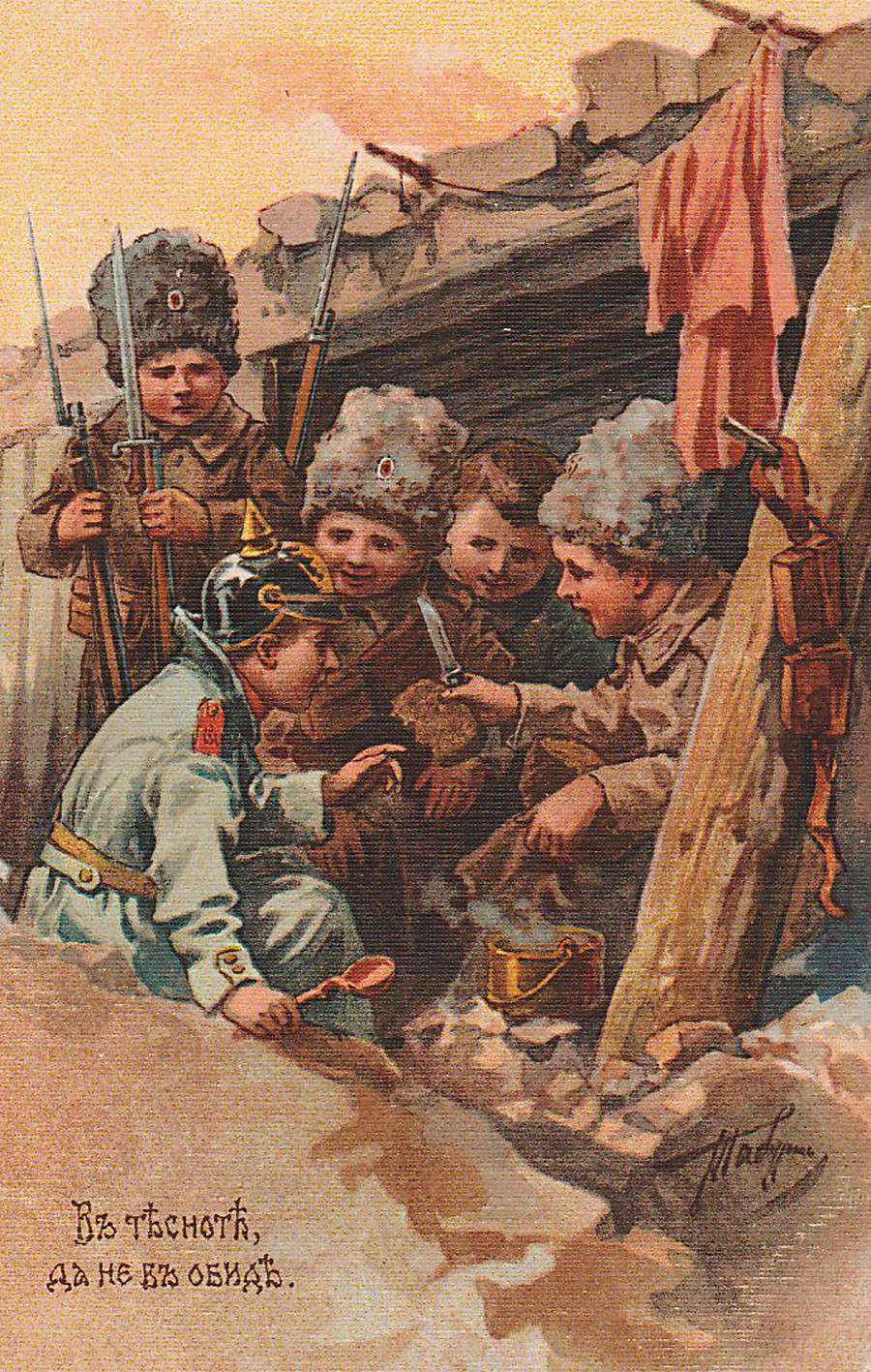 postcards were created to raise morale and lead people to believe that victory would be achieved easily, with little bloodshed. 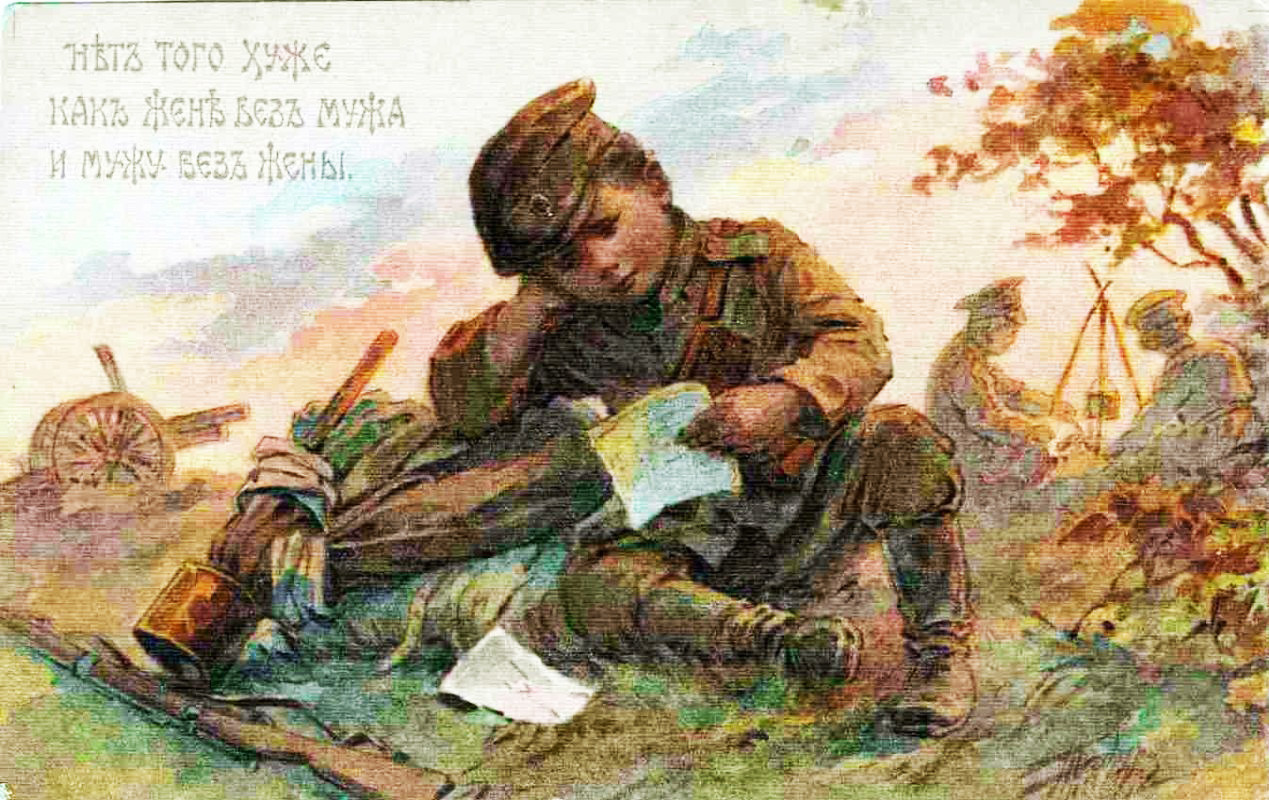 The postcards were often accompanied Russian proverbs, or just patriotic phrases, like “You fight Russians - you will cry”; “Let’s strike the enemy, brothers! Let’s not waste time!” 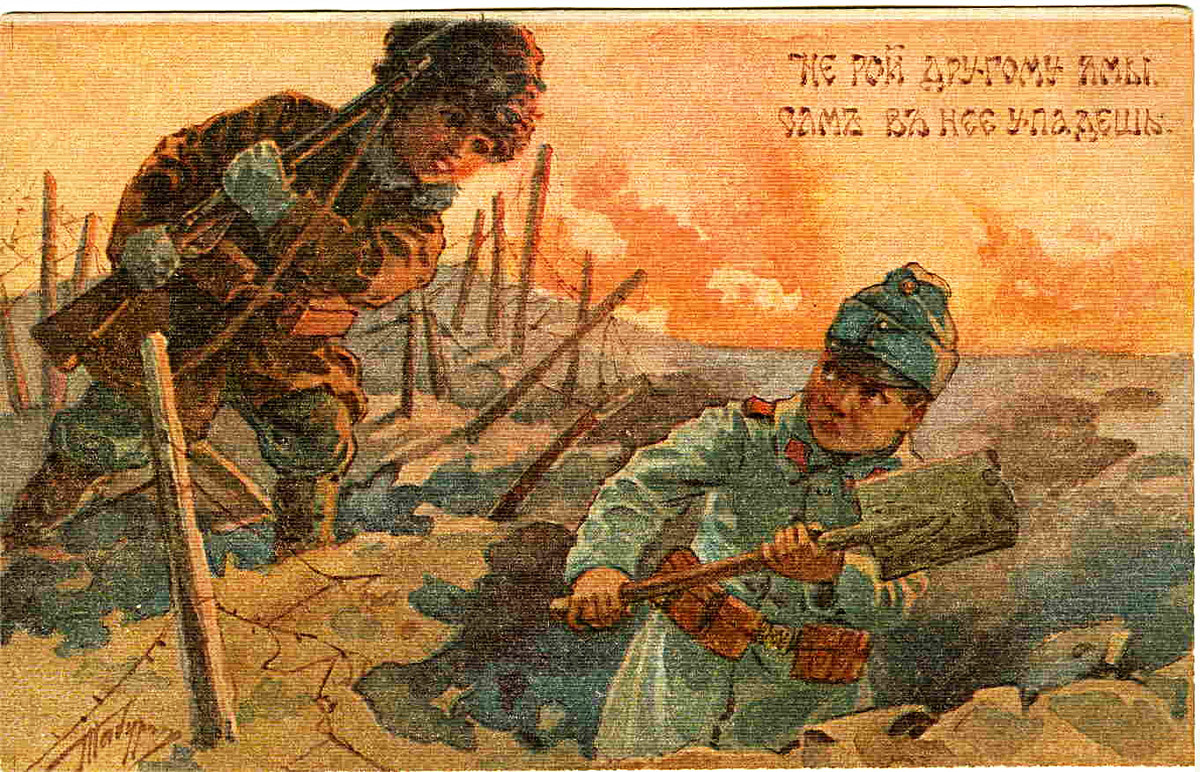 Such an approach, nevertheless, garnered criticism. Some believed that these postcards gave the wrong impression of war. Many thought people should see the war for what it was, and that they needed to face up to the realities of death and chaos 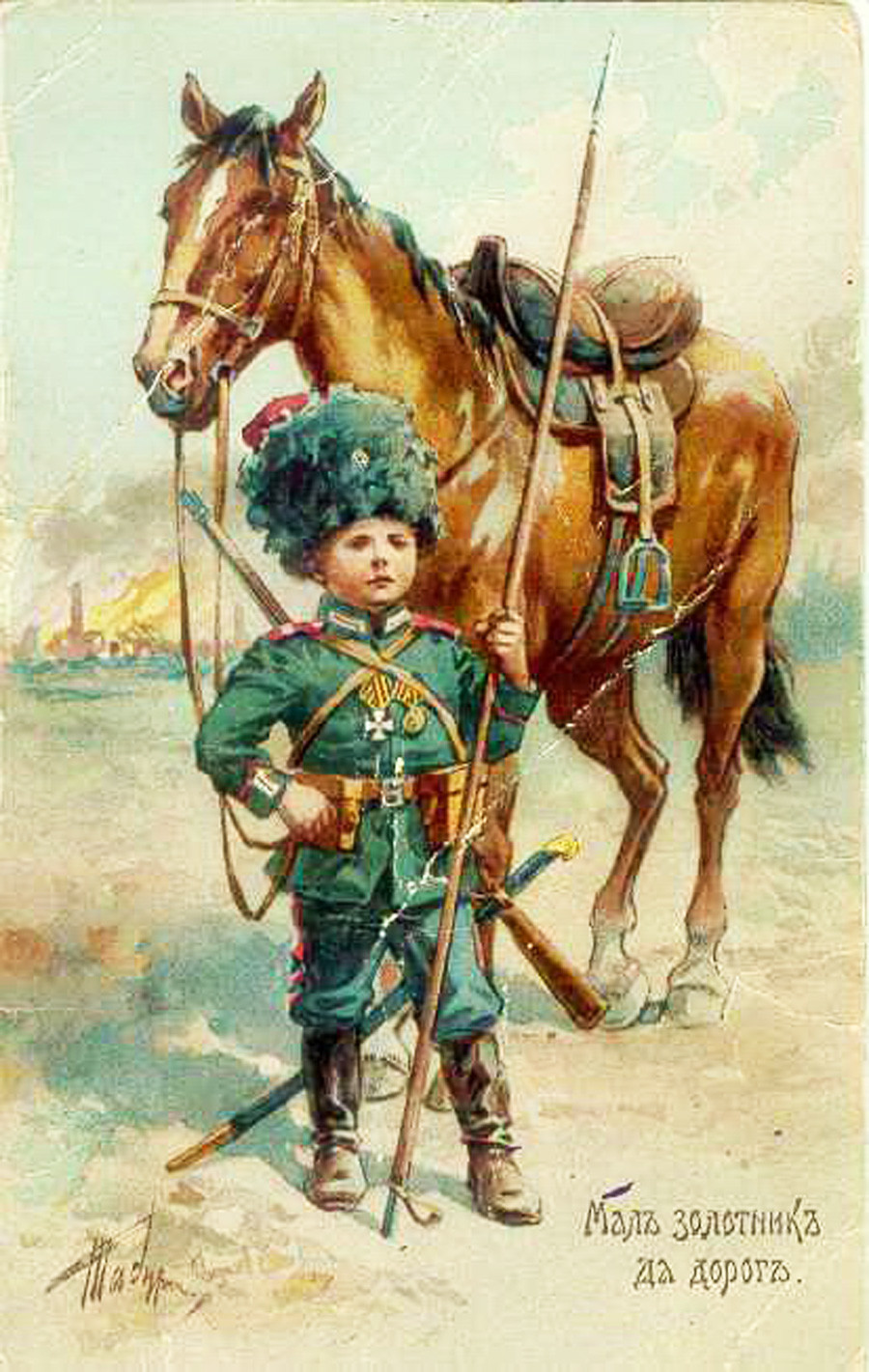 adults with the children wasn’t a Russian idea. Similar postcards were spread in the German and Austro-Hungarian Empires, and by the Entente Powers 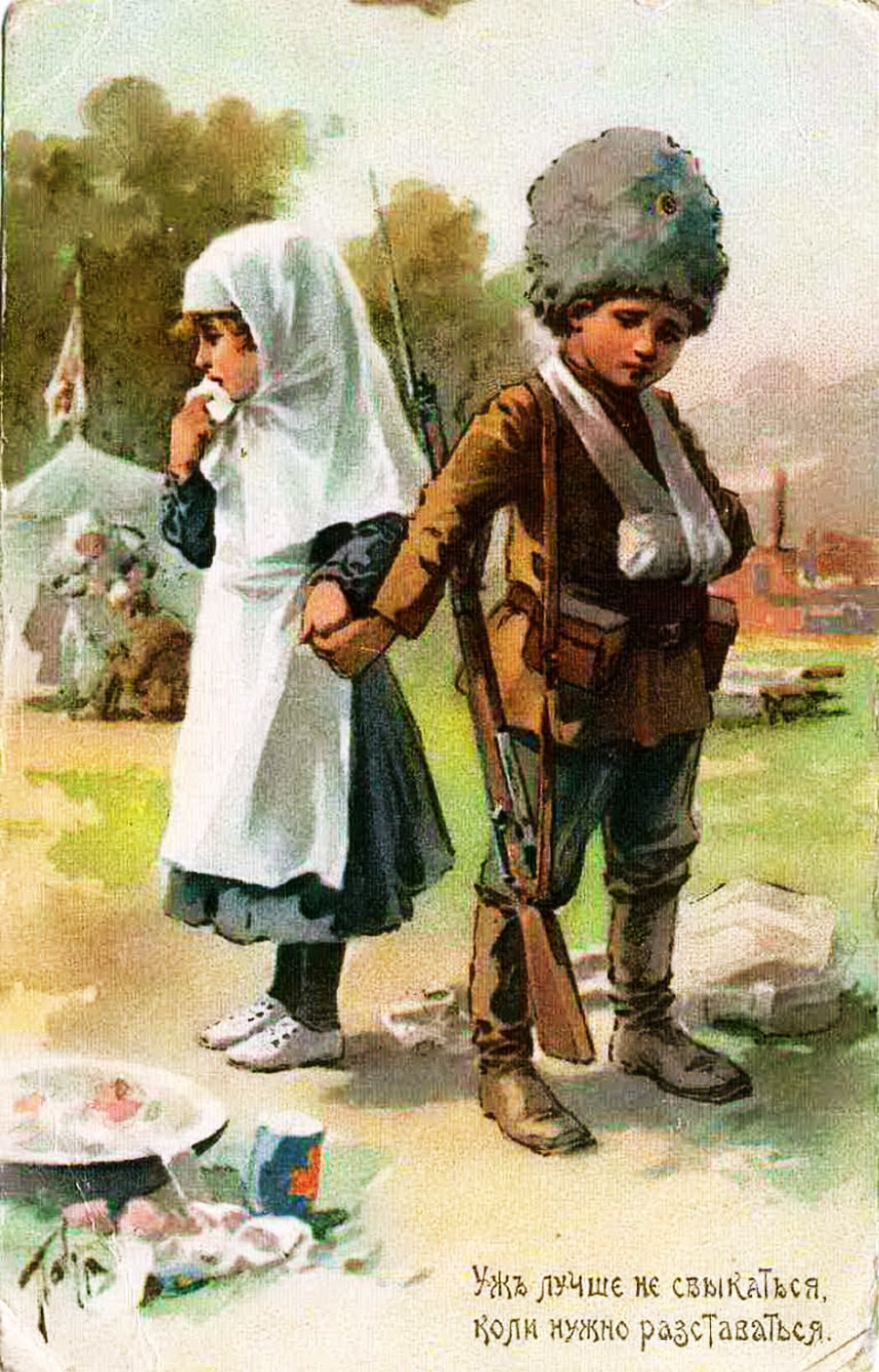 , primarily soldiers, were rather skeptical about the postcards. Women, however, tended to like the illustrations, probably because it was easier to look at them as opposed to the bleak, bloody photos from the battlefields, covered with dead soldiers. 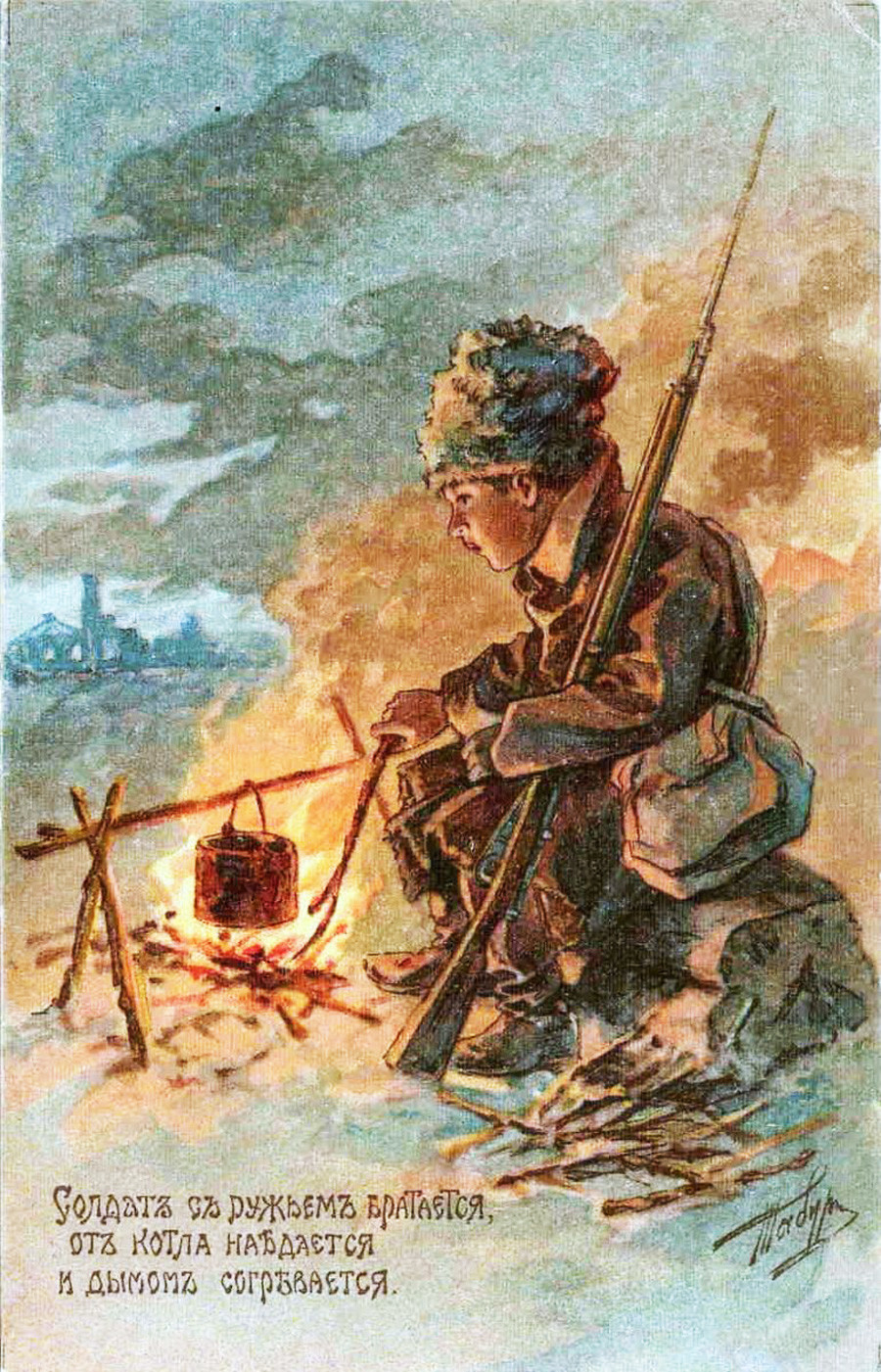