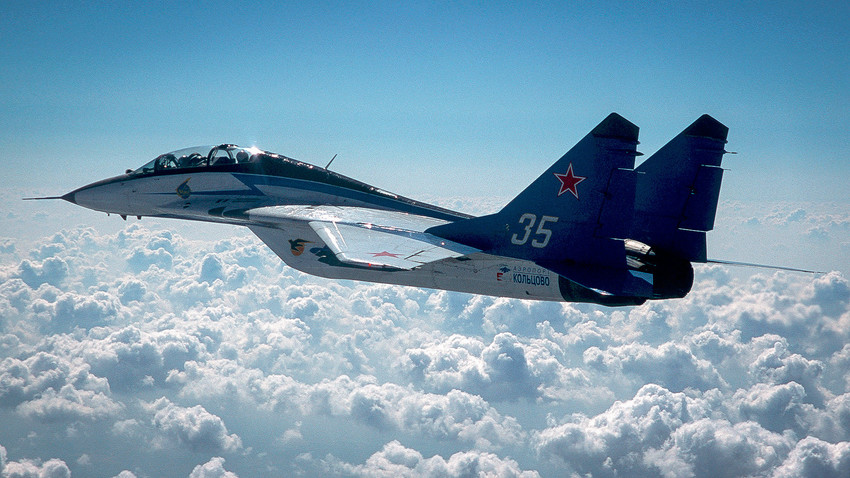 Global Look Press
Each of these five Soviet military aircraft marked a milestone in the history of aviation. These planes pushed beyond the boundaries of what was deemed possible. 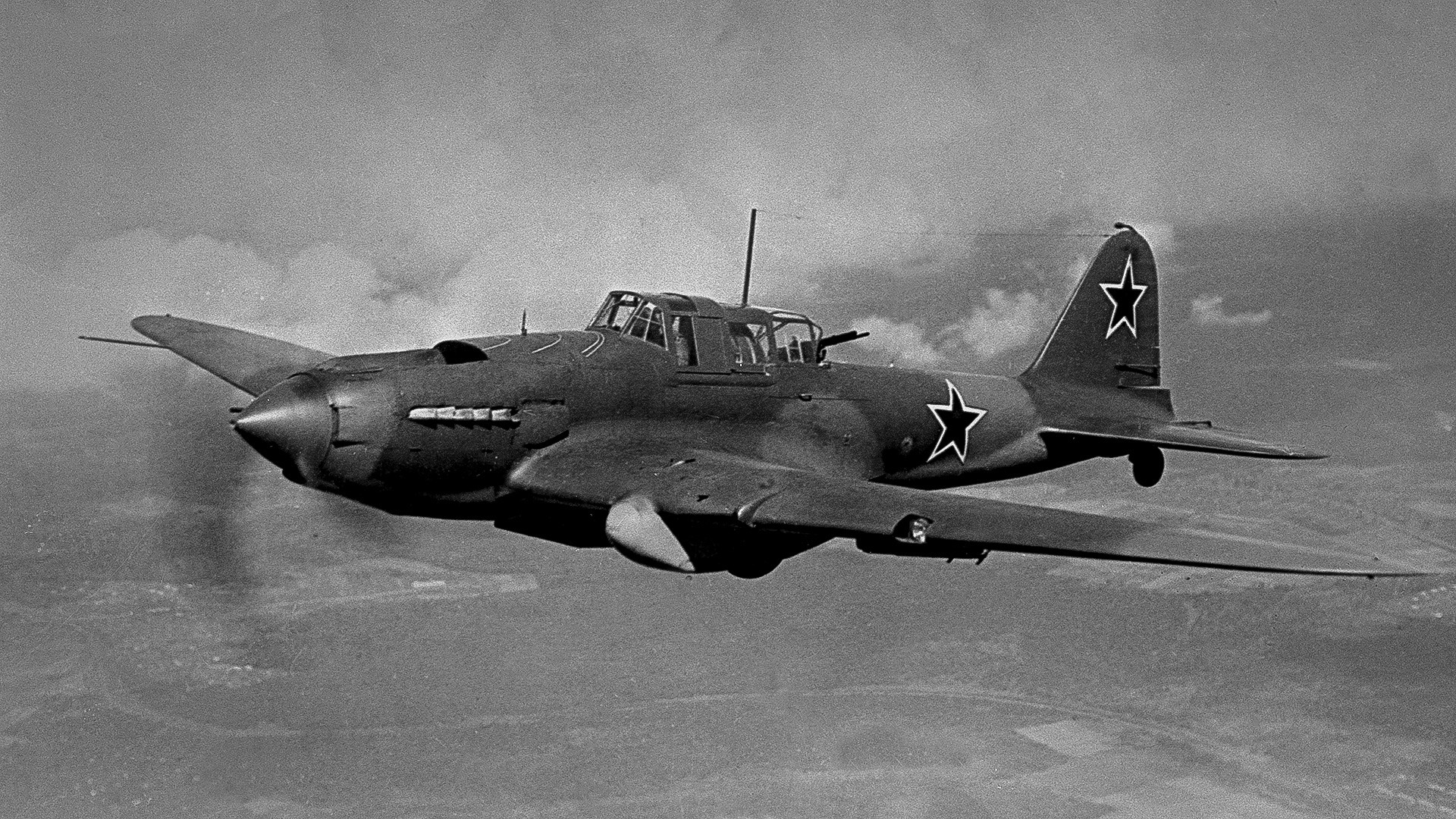 The key feature of the Il-2 was its armored-plating

More Ilyushin Il-2 Shturmoviks have rolled off the factory floor than any other military aircraft in history. This ground-attack aircraft was designed in the late 1930s and manufactured throughout WWII. More than 36,000 Il-2s were produced during the war.

The key feature of the plane was its armored-plating. Its counterparts, such as Germany's Ju-87 Stuka dive-bomber, were only lightly armored, as adding heavy armor would dramatically increase the plane’s weight. Designer Sergei Ilyushin's solution was to make the steel armor a load-bearing element of the aircraft’s fuselage. The afforded ample protection from ground-fire. Soviet pilots dubbed the Il-2 the "Flying Tank". The Germans called it the "Concrete Bomber" and the "Black Death." An attack of an Il-2 squadron had a devastating and demoralizing effect on German troops.

At the same the Il-2 was vulnerable to attacks by much faster German fighter planes, as the rear part of Shturmovik lacked armor. During the first part of the war when the Soviet Air Force lacked sufficient fighters to cover the "Flying Tanks" the Il-2 suffered heavy losses. One Il-2 was lost for every 10 combat missions. From 1943 the situation somewhat improved and on average one Shturmovik lasted 26 missions. 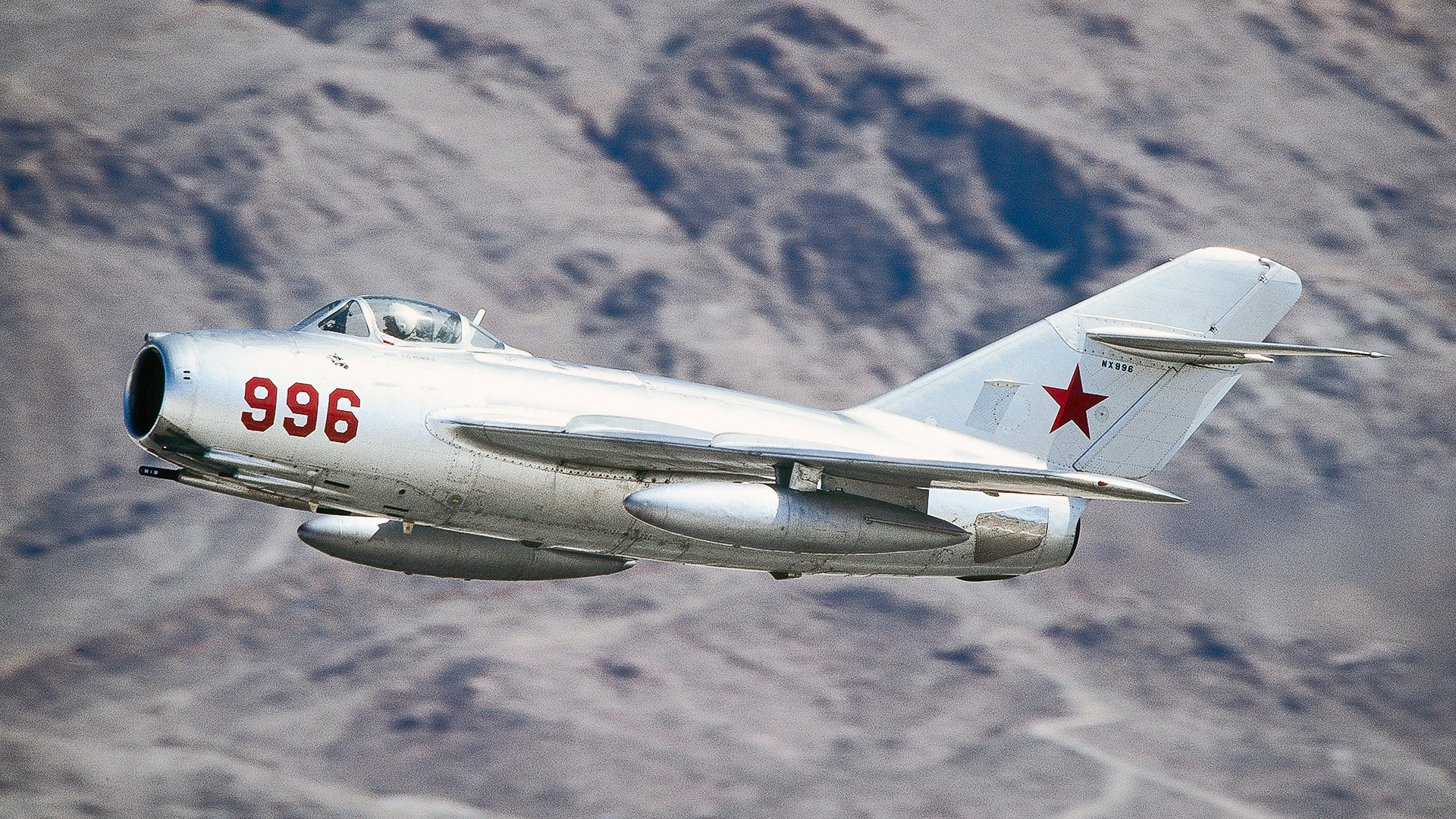 The MiG-15 is the most prolific jet fighter ever produced

The MiG-15, designed by Mikoyan-Gurevich in the late 1940s, is the most prolific jet fighter ever produced - with more than 16,000 examples manufactured. The fighter was sold to 40 countries and the last one - in the Albanian air force - was decommissioned as recently as 2006.  The apex of the MiG-15's service was during the Korean War, when it outclassed many Western jets, proving the efficiency of Soviet technology. “Not only is it faster than anything we are building today, but it is already being produced in very large numbers,” the commander of Britain's Royal Air Force is reported to have said.

It is said that only the American-made F-86 Sabre was a match for the Soviet fighter. During the Korean War, Soviet pilot Yevgeny Pepelyaev flew a Mig-15 and was considered the best pilot of the conflict. In 38 bouts of aerial he destroyed more than 20 aircraft including 18 Sabres. Pepelyaev himself went through three Mig-15s. 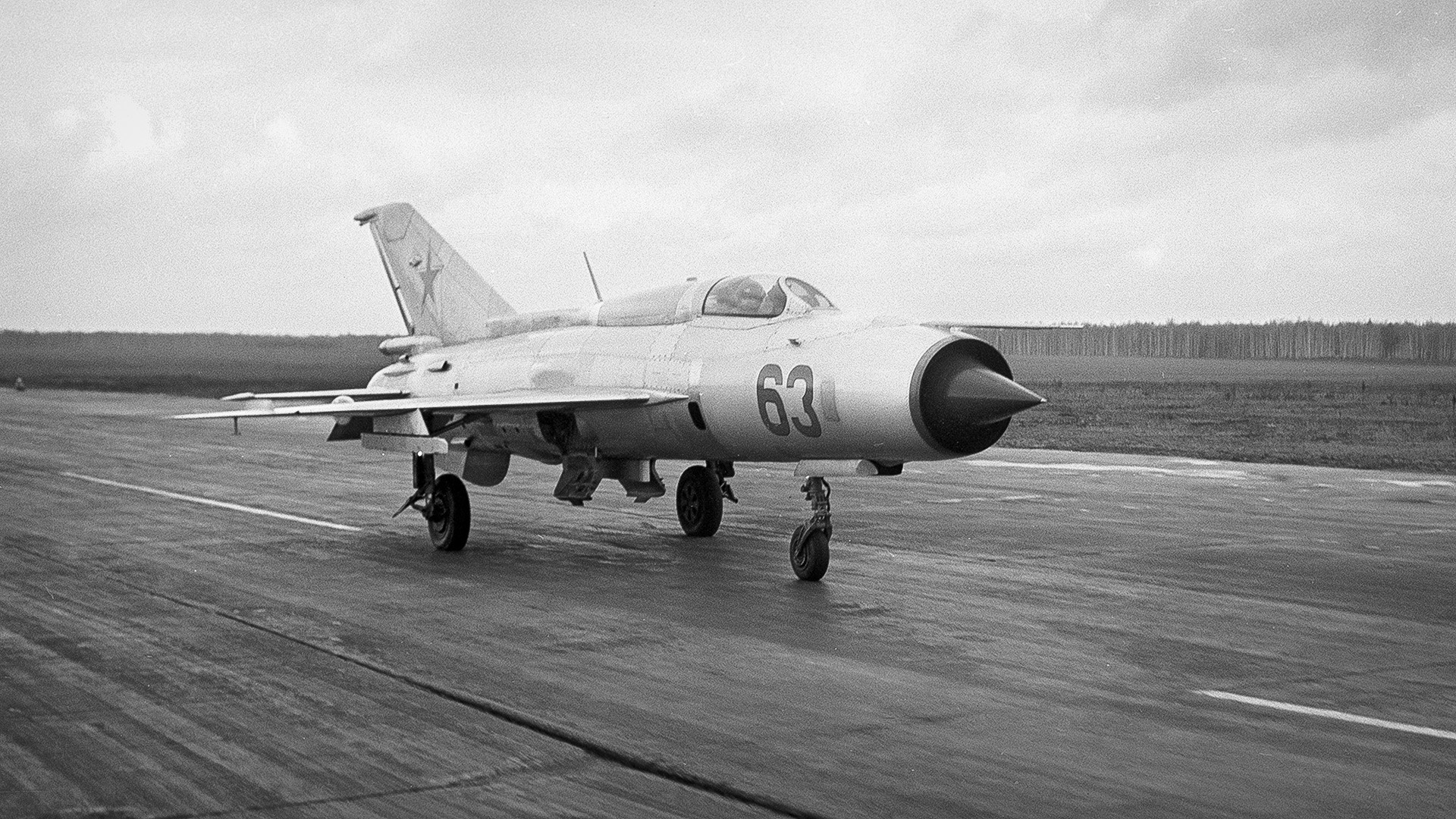 More MiG-21s have been produced than any other type of supersonic fighter jet, with a total of 12,000 aircraft. In the early it set a speed record, achieving 1,483 miles per hour. Economies of scale meant it was much cheaper to produce than its U.S. counterpart, the F-4 Phantom. The MiG-21 was the first Soviet aircraft that mostly relied on missiles for its firepower.

The MiG-21 was a light plane that could swiftly gain height. This feature helped the fighter to evade the F-4’s missiles during the Vietnam War. It was dubbed the “balalaika” - after the Russian traditional musical instrument - due to the resemblance of the plane’s shape to it. MiG-21s are still in service in some countries. 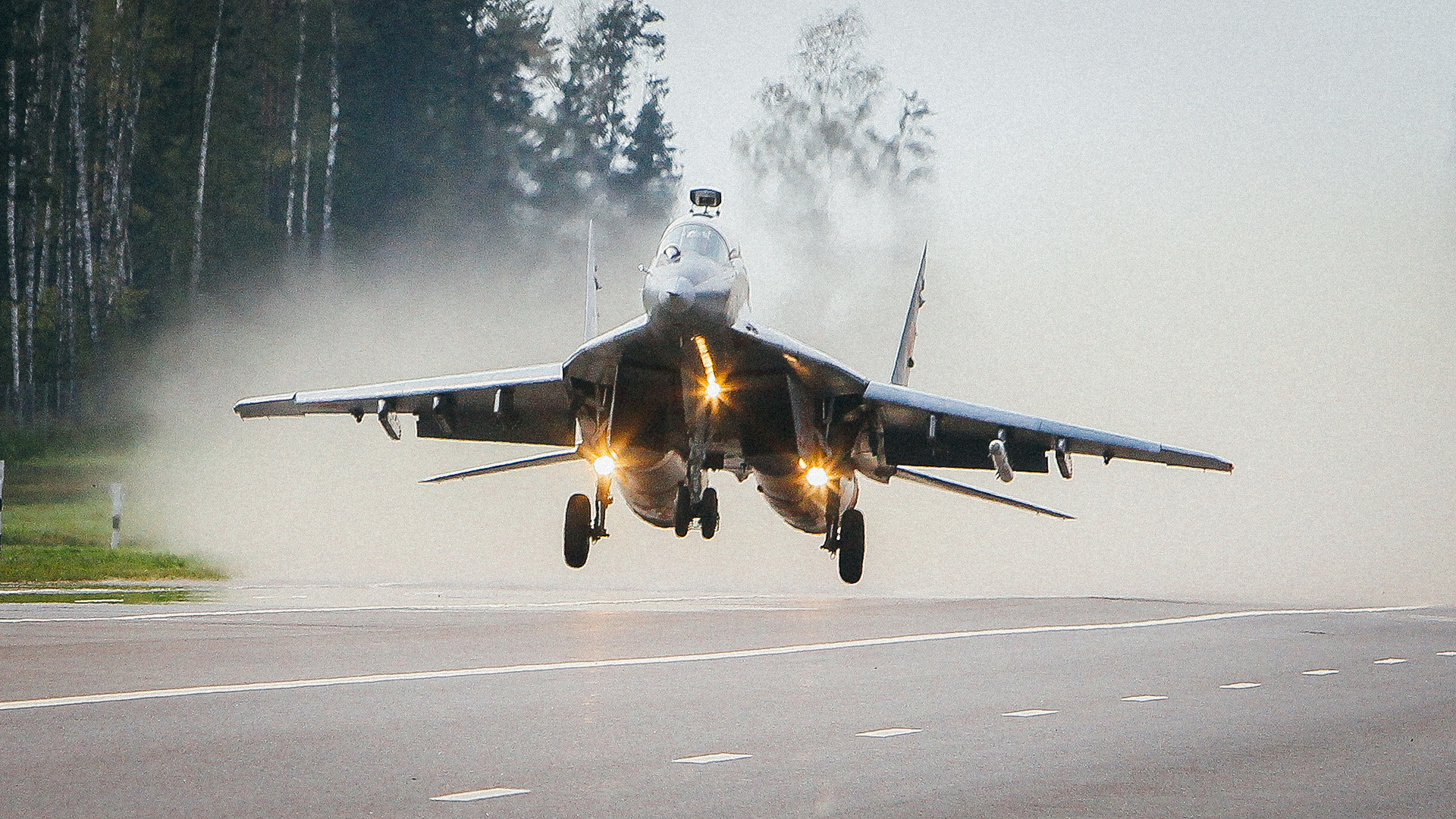 The MiG-29 has unique characteristics that allow it to perform aerobatic maneuvers impossible in earlier models. In 1988, at the UK's Farnborough Air Show, MiG-29 pilots amazed spectators when they performed a “bell” maneuver never before done by a jet. At some point, while climbing, reaches zero and the MiG-29 becomes momentarily motionless.

Some time ago a video shot at the UK's Royal International Air showing MiG-29’s taking off almost vertically became very popular. While testing the aircraft in the early 1980s, pilots are also said to have taken pains to master the challenging trick of forcing the aircraft to perform descending tailspins only after considerable practice as the machine tended to pull out of what is a highly dangerous maneuver itself. 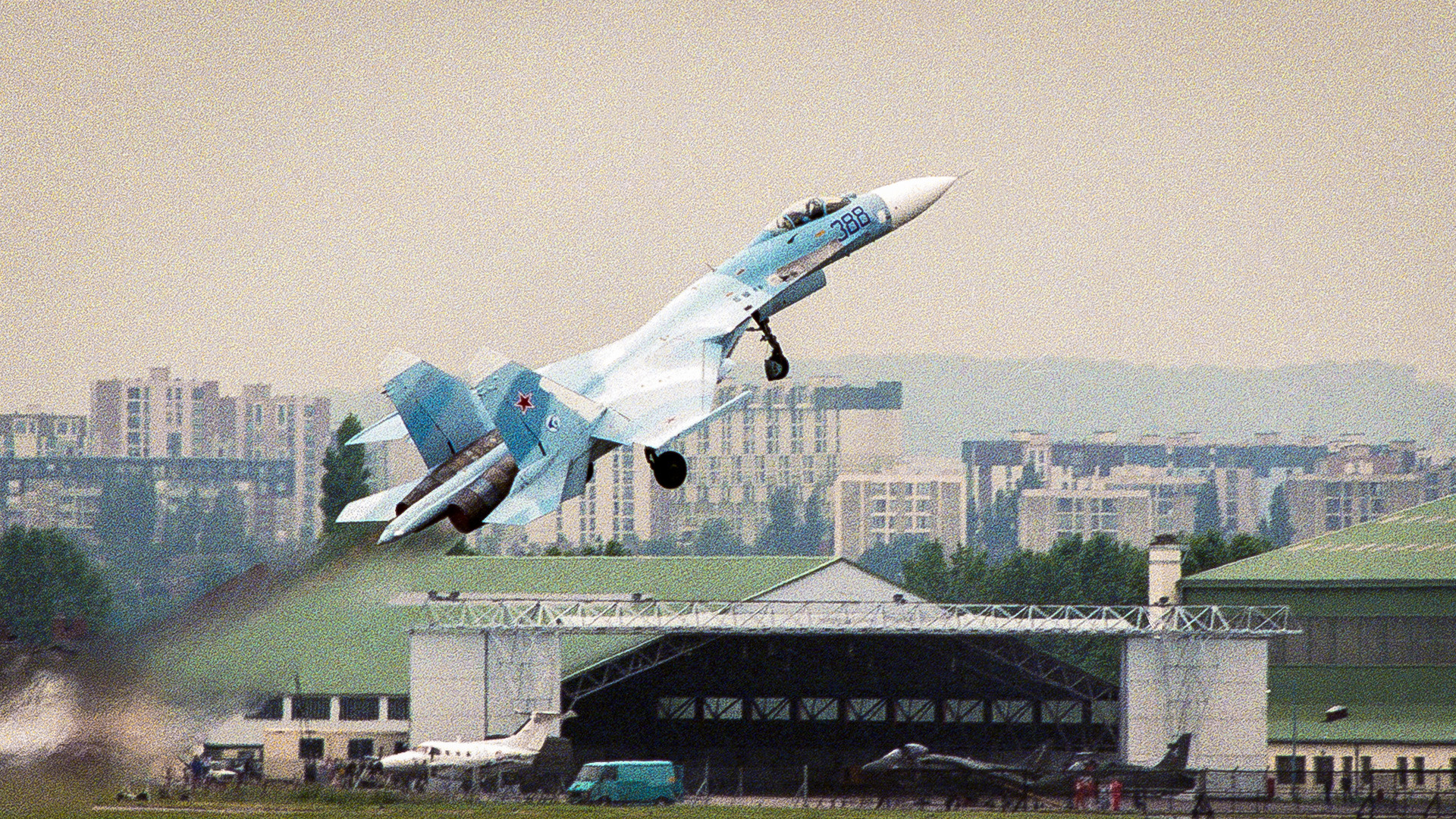 The Sukhoi Su-27 super-maneuverable fighter aircraft was designed around the same time as the MiG-29. It was designed to achieve air superiority and officially entered service in 1990. The Su-27 began setting records during its flight tests. In 1986, Soviet pilot Viktor Pugachev reached an altitude of 9,842 feet in 25 seconds. Later, he achieved an altitude of 39,370 feet in 58 seconds. These records remain unbroken.

In 1989 Pugachev performed the highly demanding "Cobra" maneuver at the Le Bourget Air Show in France; it has since been named after him. During the maneuver, the plane flies forward while standing almost on its tail - looking just like a standing cobra. The Su-27 has notched up around 30 aviation records in total.