5 countries that cost Russia billions of dollars after adopting socialism 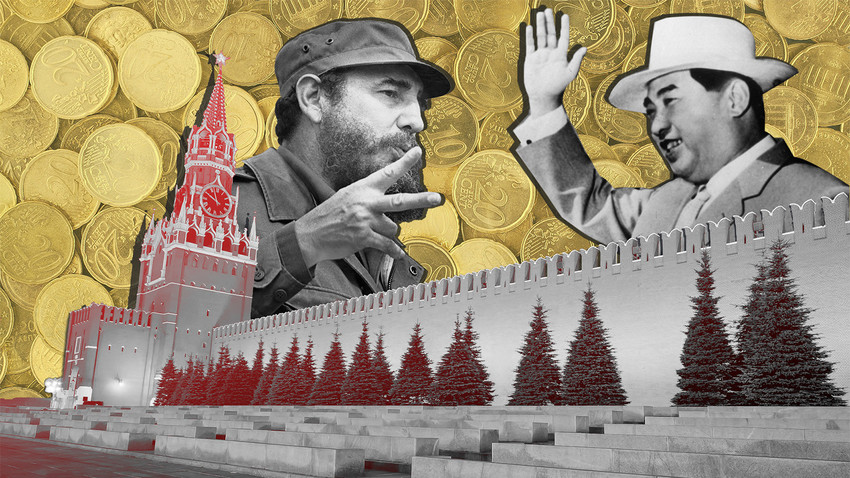 Fidel Castro and Kim Il-sung were not the only ones to thrive on the Cold war Soviet-American standoff.

ZUMAPRESS/Global Look Press, Getty, Robert Pastryk/Pixabay/Global Look Press
Back in the Cold War era, Moscow loaned billions of dollars to developing states to establish foreign socialist allies. As it turns out, in most cases this was nothing short of a massive waste of money.

“Workers of the world, unite!” says the Communist Manifesto of 1848 by Karl Marx and Friedrich Engels. Since devoted Marxists – the Bolshevik Party, later the Communist Party – came to rule Russia in the 20th century, they never forgot the motto of the ideological teachers, promoting and supporting any government in the world that showed any sign of building a socialist state.

After the Cold War broke out in the late 1940s and the USSR challenged the Western capitalist countries led by the U.S., dominance in the world became even more critical. Moscow spared no expense, military help, or armaments in assisting the self-proclaimed socialists. Unfortunately, later many of these countries failed to repay the loans the USSR gave them to boost their economies. So, who were these non-payers? 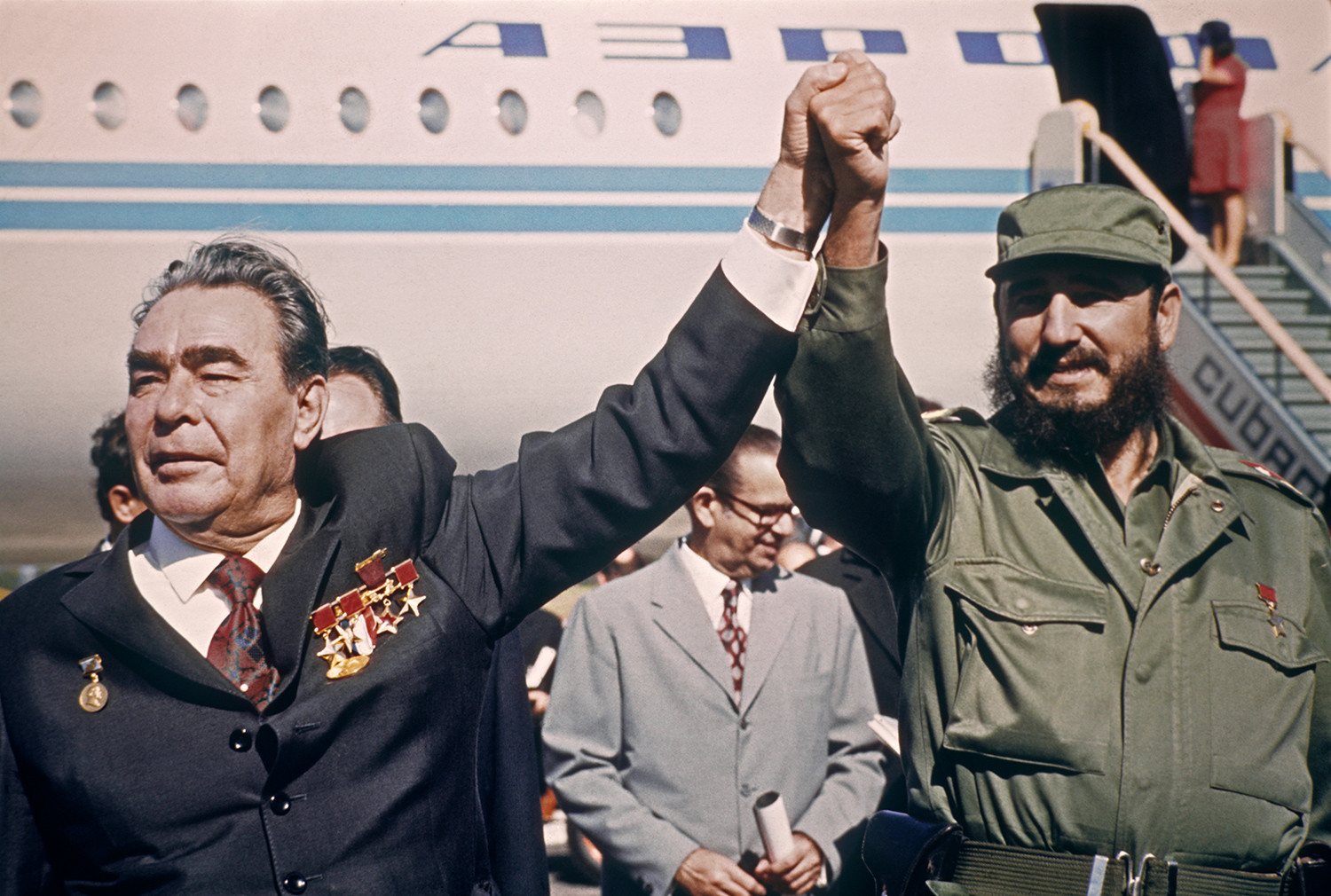 Fidel Castro sees off Leonid Brezhnev after his visit to the Republic of Cuba, 1974.

was an absolute champion regarding its debt size. In 2014, Vladimir Putin wrote off $31.5 billion of Cuban debt (90 percent) while the whole sum amounted to more than $35 billion. For the Soviets, a citadel of socialism in the Western hemisphere was too important to cut the costs.

Moscow gave Cuba tons of credits that helped to improve the Cuban education and healthcare systems, also providing the country with oil, food supplies, and technical equipment. In return, Cuba supplied cane sugar in a great amount to the USSR – and, more importantly, championed communism. Cuba sent its troops to fight as volunteers in the conflicts in Angola or Ethiopia, always supporting the pro-Soviet party. 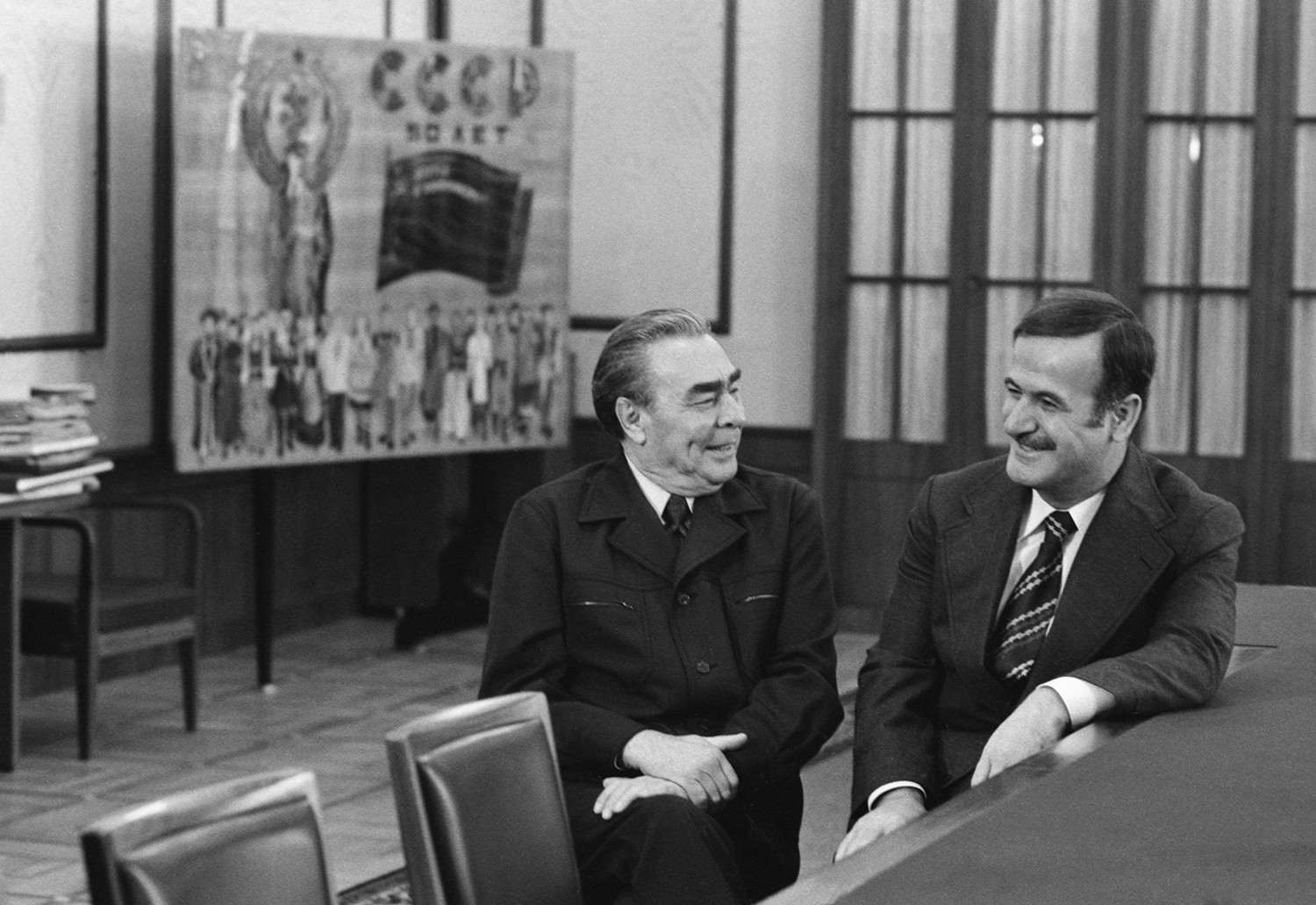 course, we are talking about the old, pre-war Syria. Back in the Cold War era, when Hafez al-Assad, the father of current president Bashar al-Assad, ruled the country, it was leaning towards socialism and the USSR considered it one of its most important allies in the Middle East.

Syria’s debt reached $13 billion by 2005, and the same year Vladimir Putin wrote off $10 billion. In return, Syria promised to give some preferences to Russian businessmen working in the country, but now it seems effective economic cooperation is postponed for a while. 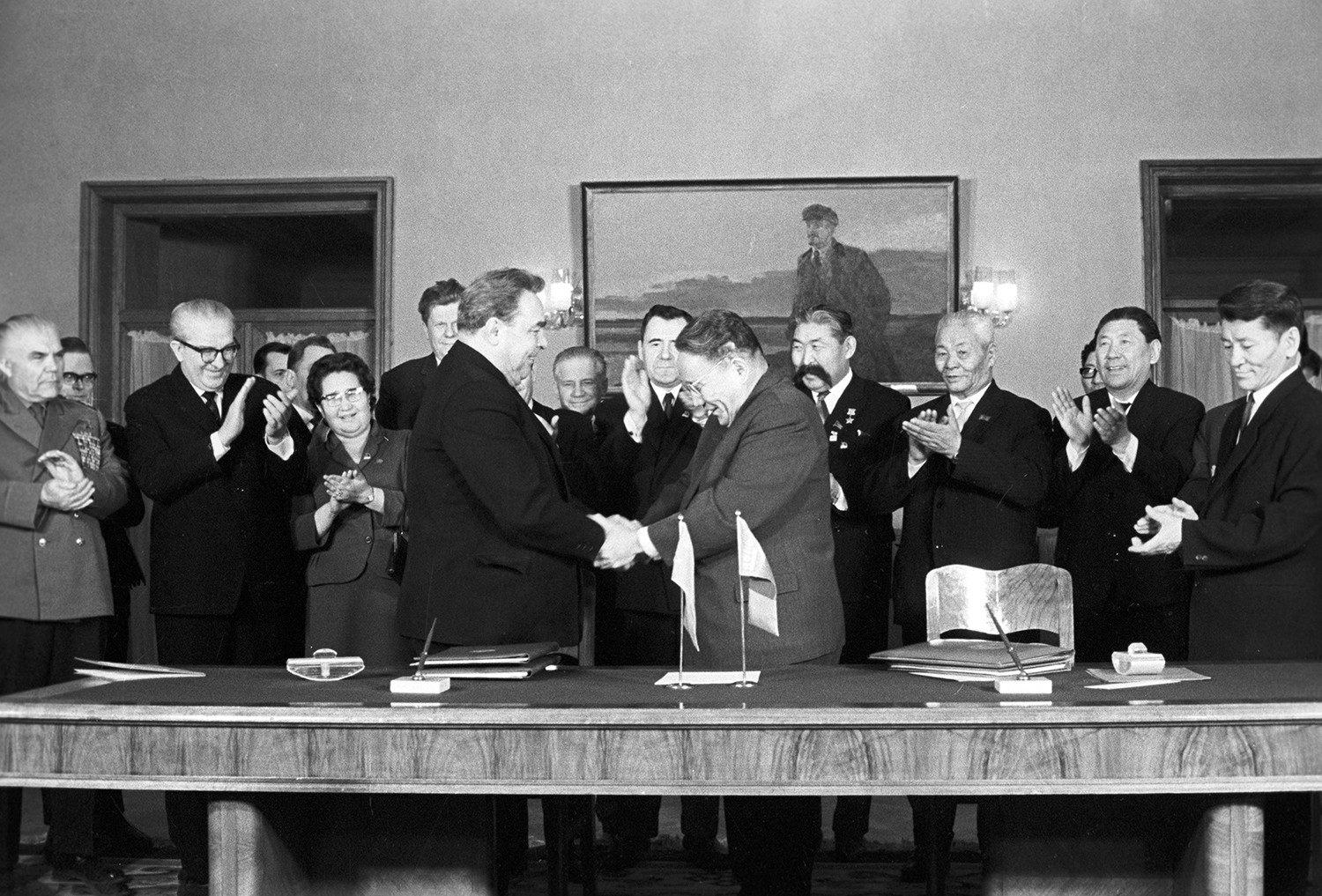 country has kept a pretty low profile since the fall of the Genghis Khan Empire in the Middle Ages but Mongolia was a loyal ally to the Soviet Union from the 1920s right up to the disintegration of the USSR. Mongolian troops fought Japan alongside the Red Army during WWII. In fact, in 1956 Mongolia even asked to become part of the USSR but Moscow declined the offer.

Anyway, the number of credits that Moscow gave Ulaanbaatar was $11.4 billion – unsurprisingly, the not-so-prosperous state in East Asia failed to give the credits back. In 2003, Russia wrote off $11.1 billion. Mongolia eventually repaid $300 million and later Russia cleared several smaller debts.

Since the USSR and the U.S. de-facto divided Korea into two states after WWII, the North supported the USSR and remained one of Asia’s socialist bastions. Even though in the 1970s Kim Il-sung implemented the ideology of Juche, which meant “relying on its resources” and forgoing Soviet-style Marxism, it didn’t stop Pyongyang from taking money both from Moscow and Beijing.

In total, North Korea owed the USSR $11 billion – and failed to pay it, especially after the economic collapse and famine that hit the country in the 1990s. As usual, Russia wrote off 90 percent of North Korea’s debt in 2012. 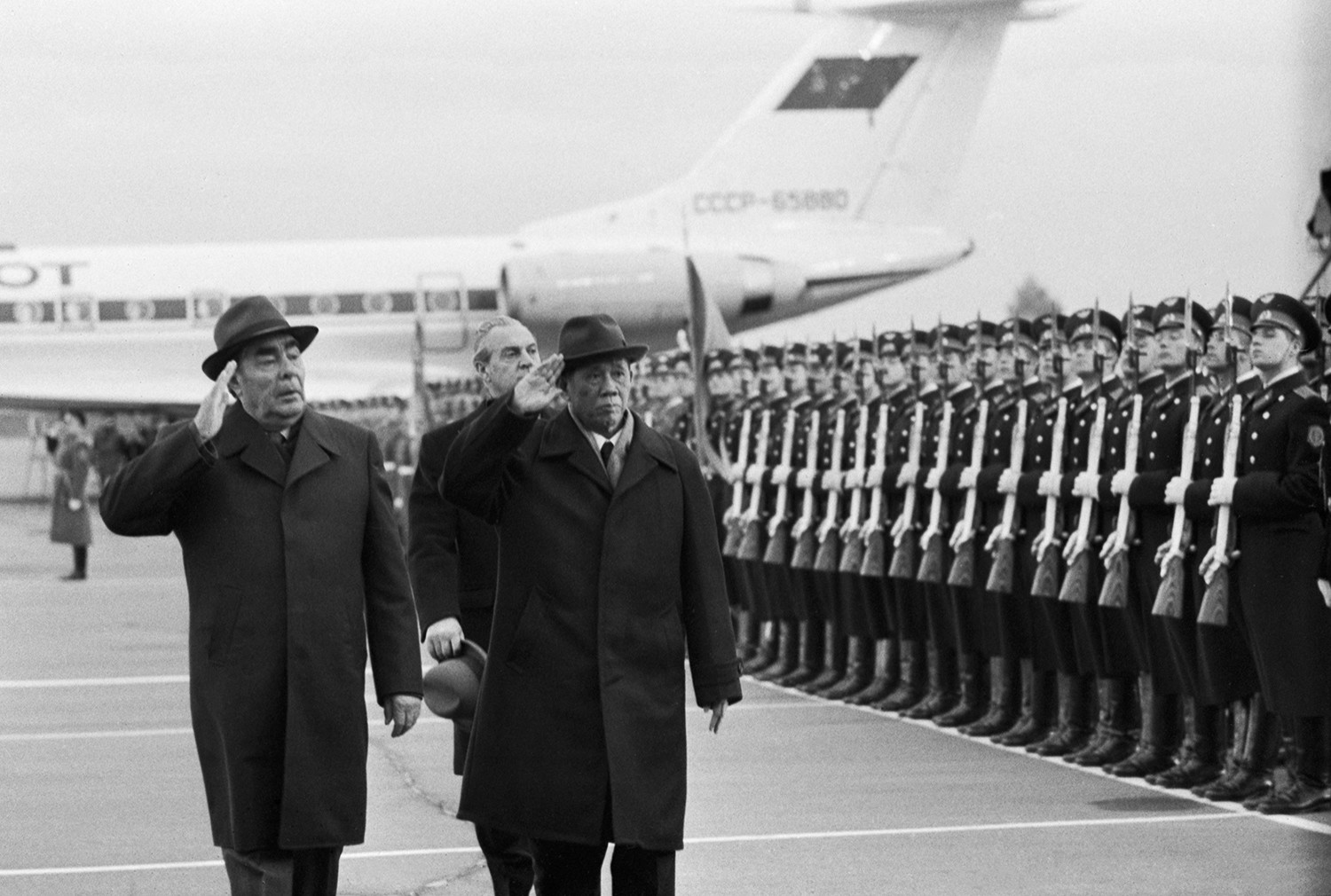 Leonid Brezhnev welcomes Le Duan, the First Secretary of the Workers' Party of Vietnam, at the airport, 1975.

country whose struggle crushed America’s intent to keep Communism away from Indochina, Vietnam was an essential ally for the Soviets back in the 1970s. “Since the 1960s, the USSR supplied several thousand armaments to Vietnam, totaling $15.7 billion, and built 117 military objects,” AiF newspaper notes. Partly these supplies were gratuitous yet Vietnam still owed the Soviet brothers some money.

Add to this other credits and loans, Vietnam owed $11 billion to the USSR – and in 2000, Russia wrote-off most of the debt: $9.5 billion. Unlike several other countries in this list, Vietnam now has economic ties with Russia and trade is rising ($5.3 billion in 2017).

There is no doubt that the Cold War cost the world a lot but who started it? In fact, Russian and American historians still argue - and we have a text about it.