10 postcards showing the Russian Revolution as a children’s game 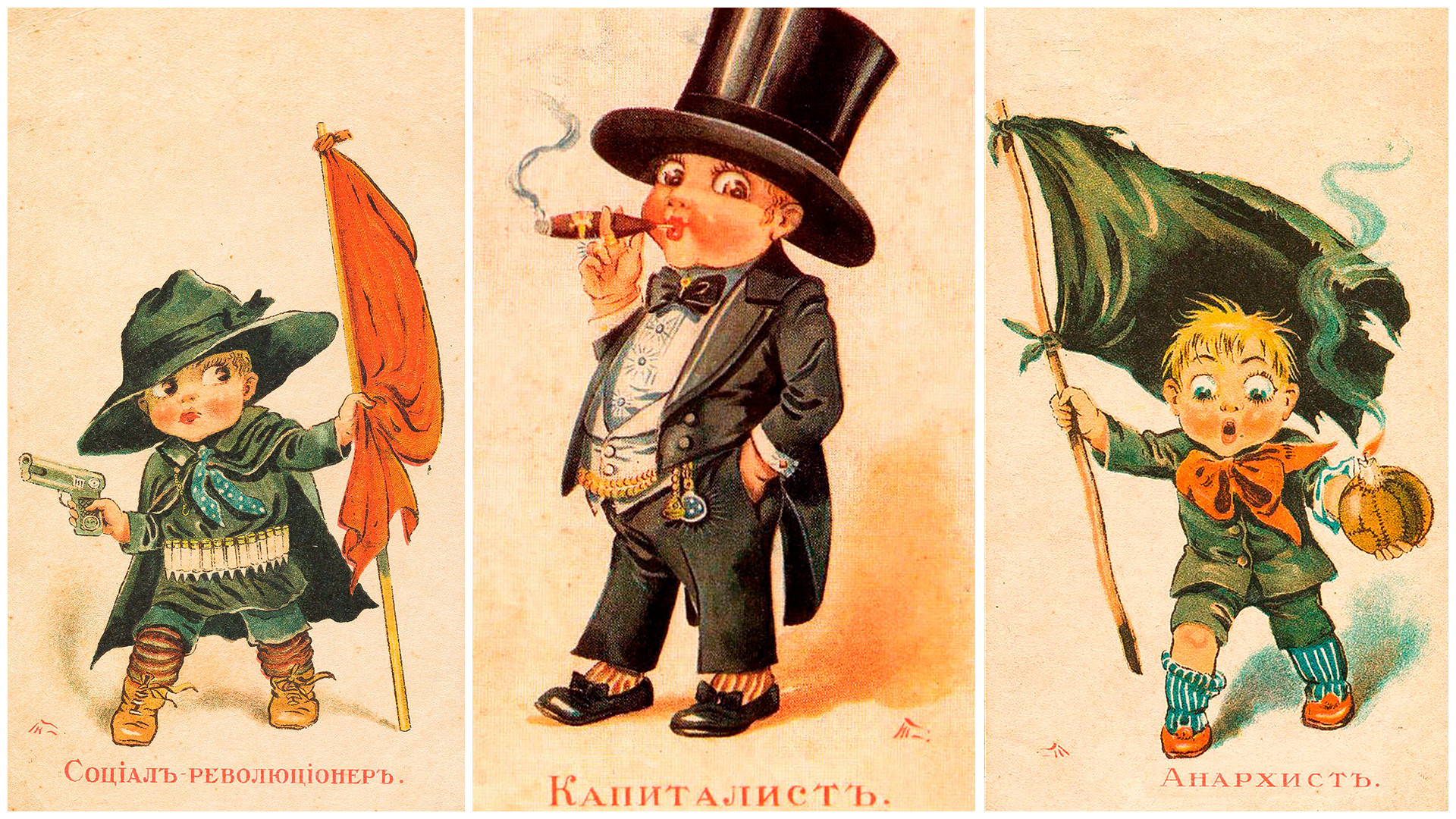 Vladimir Taburin
In 1917 a series of funny postcards was issued depicting different political movements during the Russian Revolution as images of innocent rosy-cheeked children. It was funny until the true nightmare of terror and civil war started.

1. Before the Russian Revolution turned into the chaos of massacres and brutal civil war, it was possible to find in it positive and even funny moments. 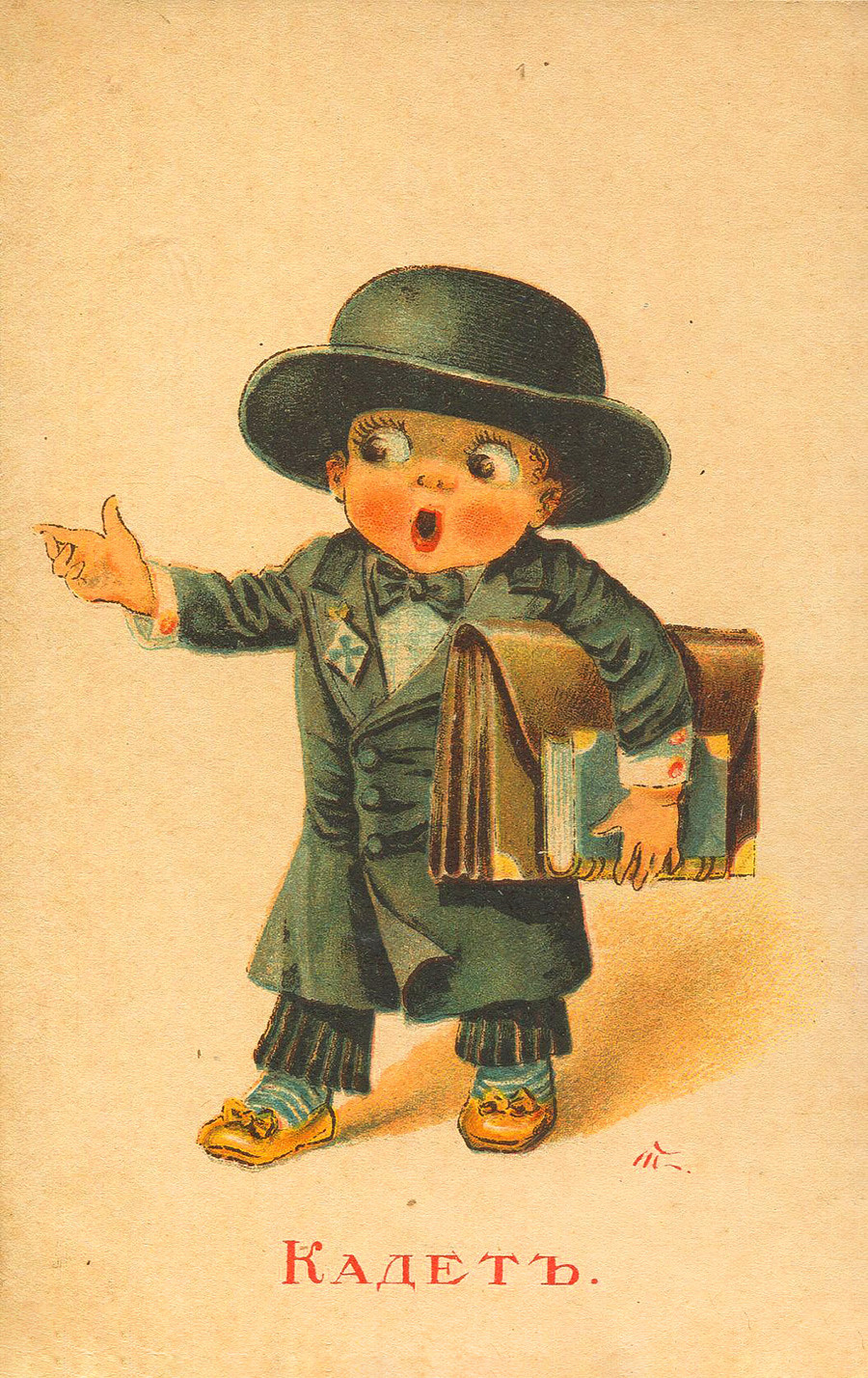 2. One of the people with a humorous attitude to revolutionary events was Russian artist Vladimir Taburin. 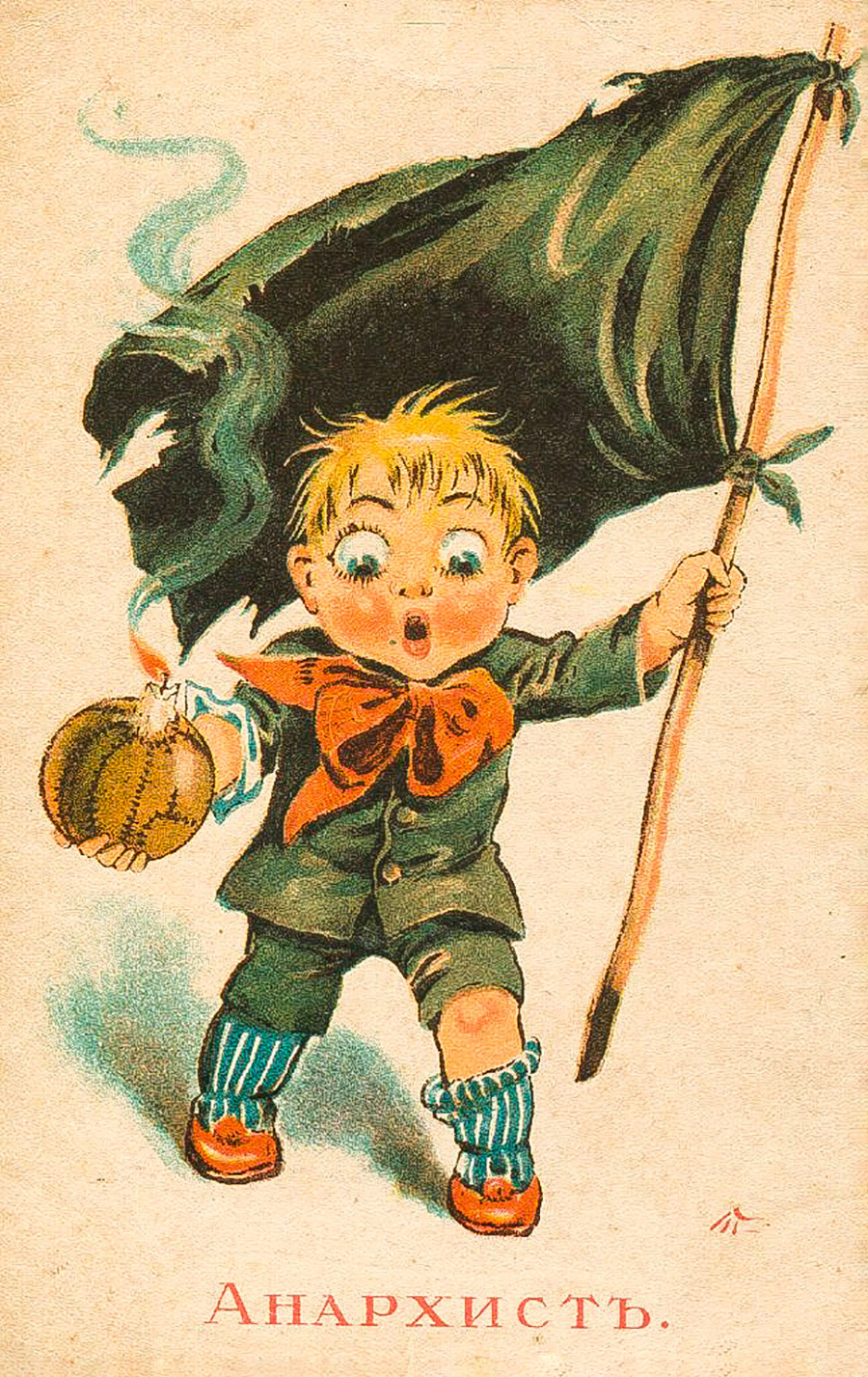 3. In 1917 he issued a series of postcards called “Child politicians” that instantly went viral. 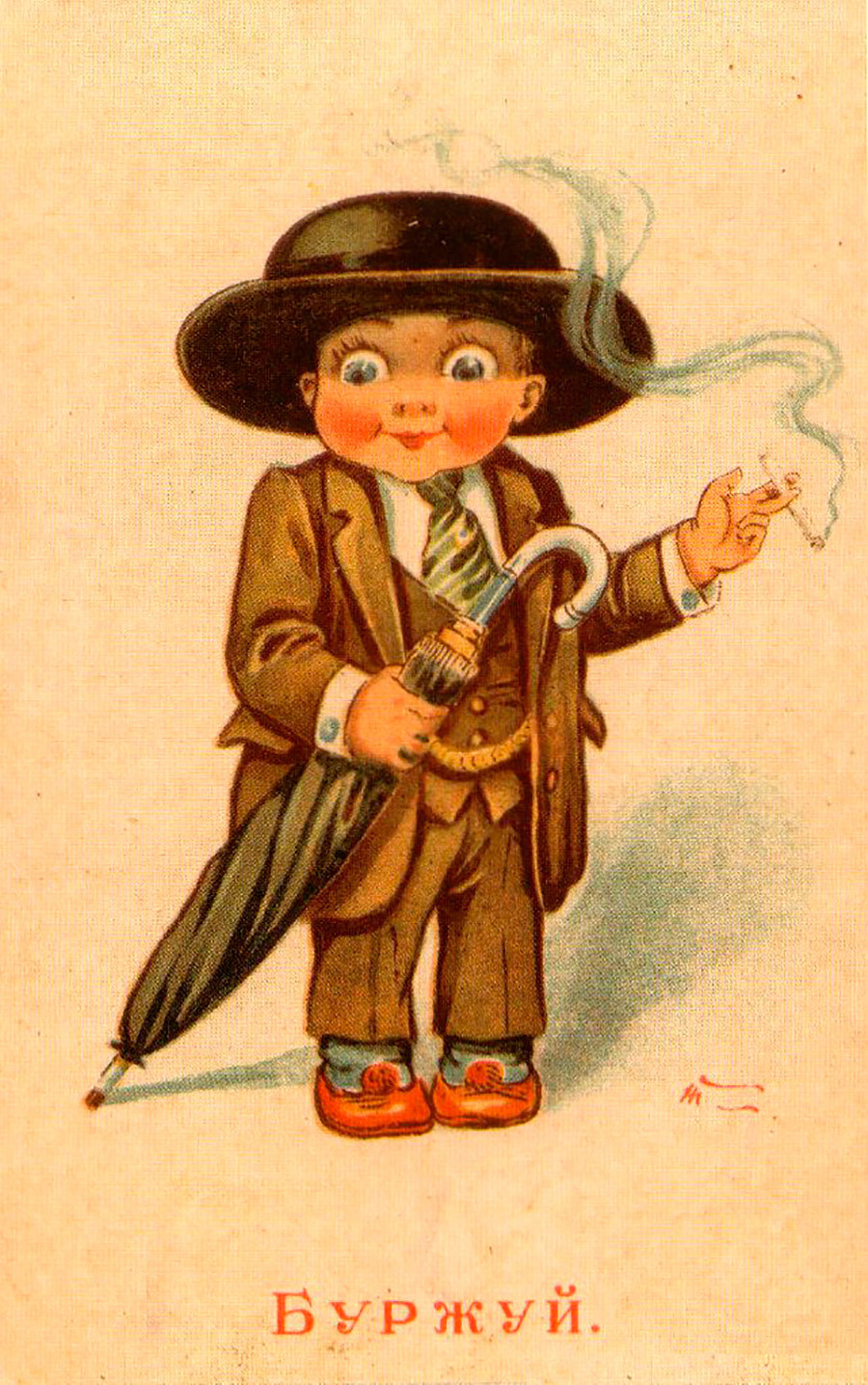 4. Russia’s warring political parties and groups were depicted by the artist as big-eyed innocent kids. 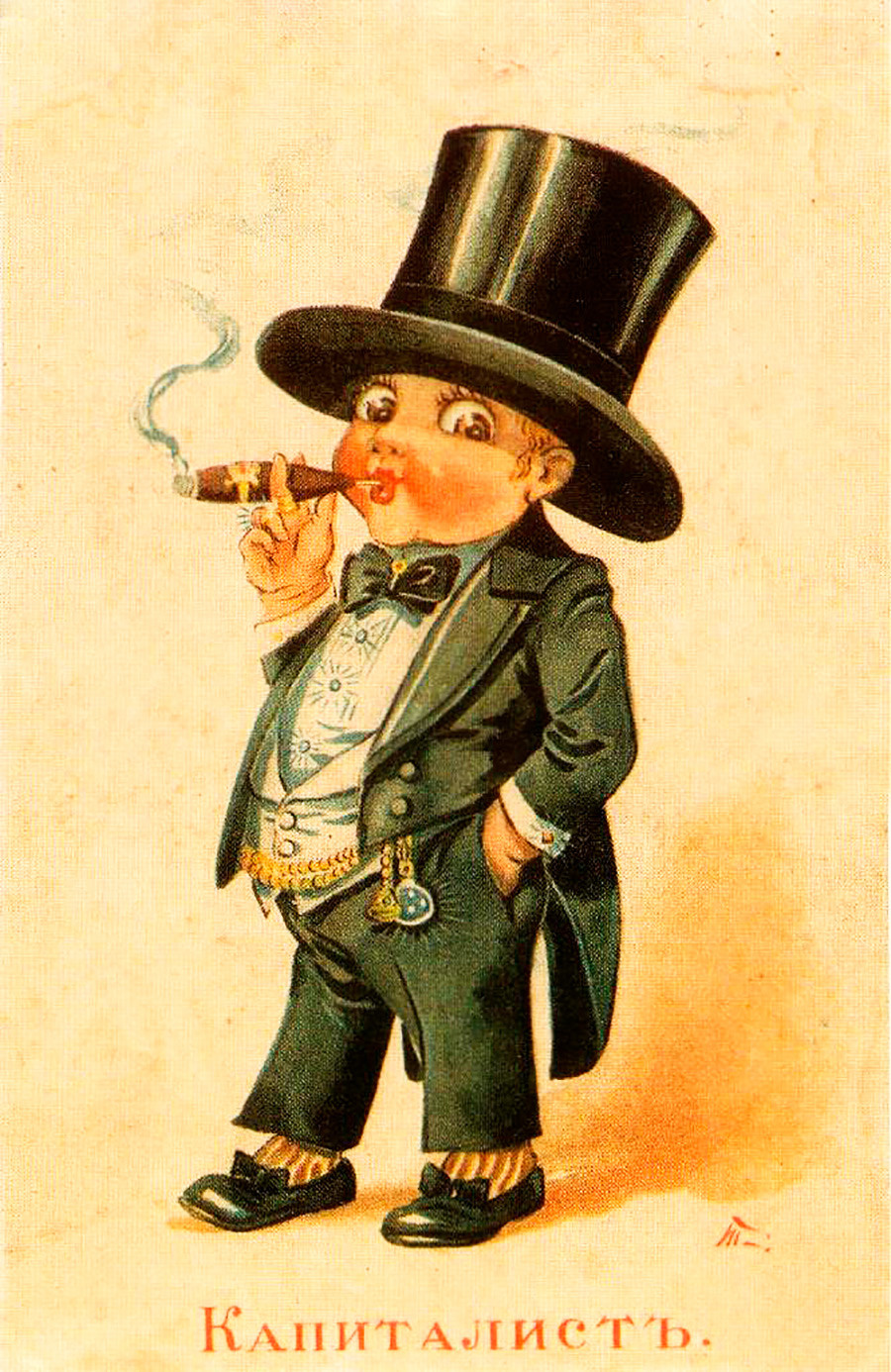 5. Some of these nice kids, however, are not so defenseless. Armed with pistols and bombs, they pose a real threat. 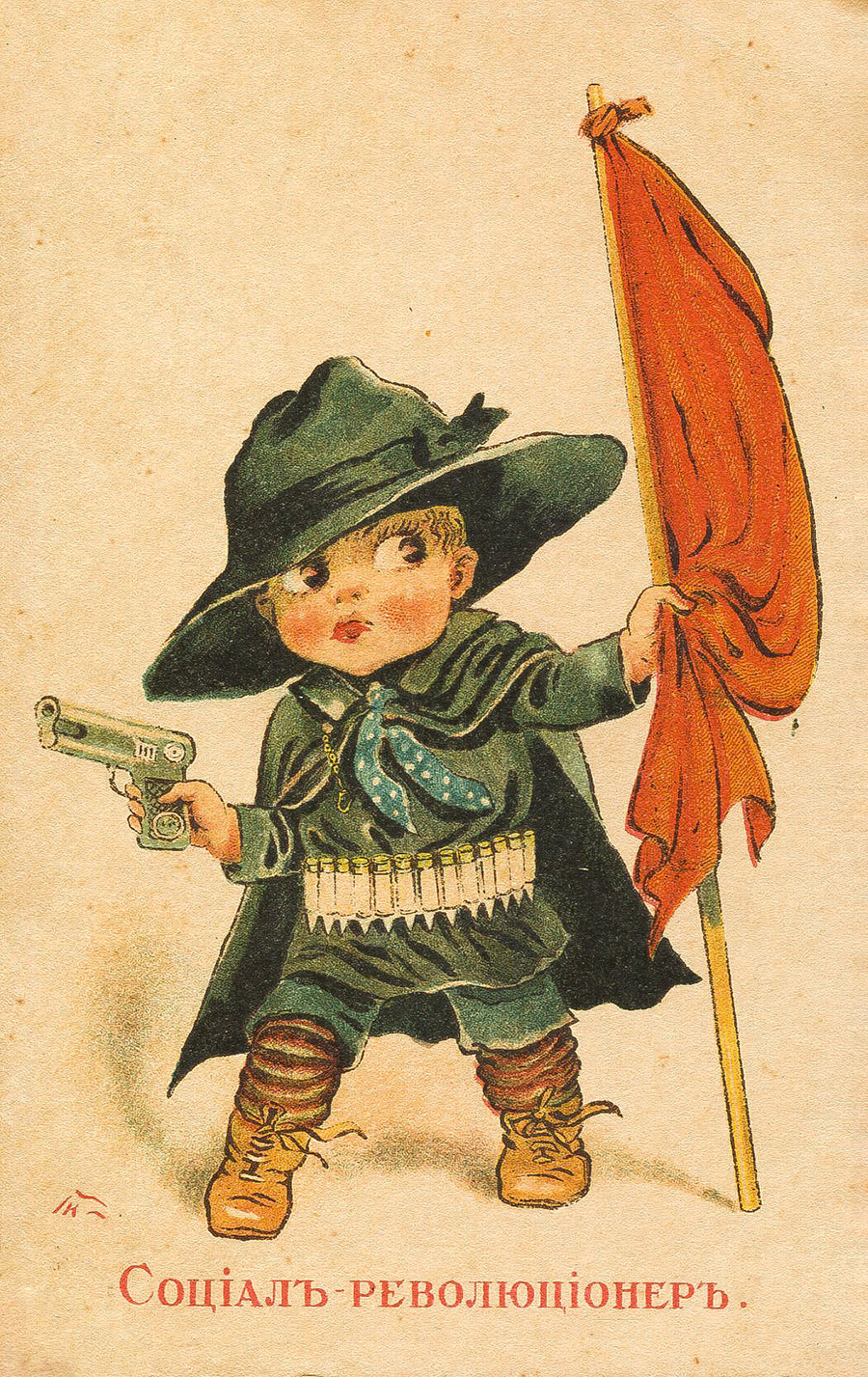 6. This is how Taburin depicted the movements of Anarchists, Socialist-Revolutionaries and Jewish socialists, known as Bundists, who had no scruples about using terror methods to achieve their goals. 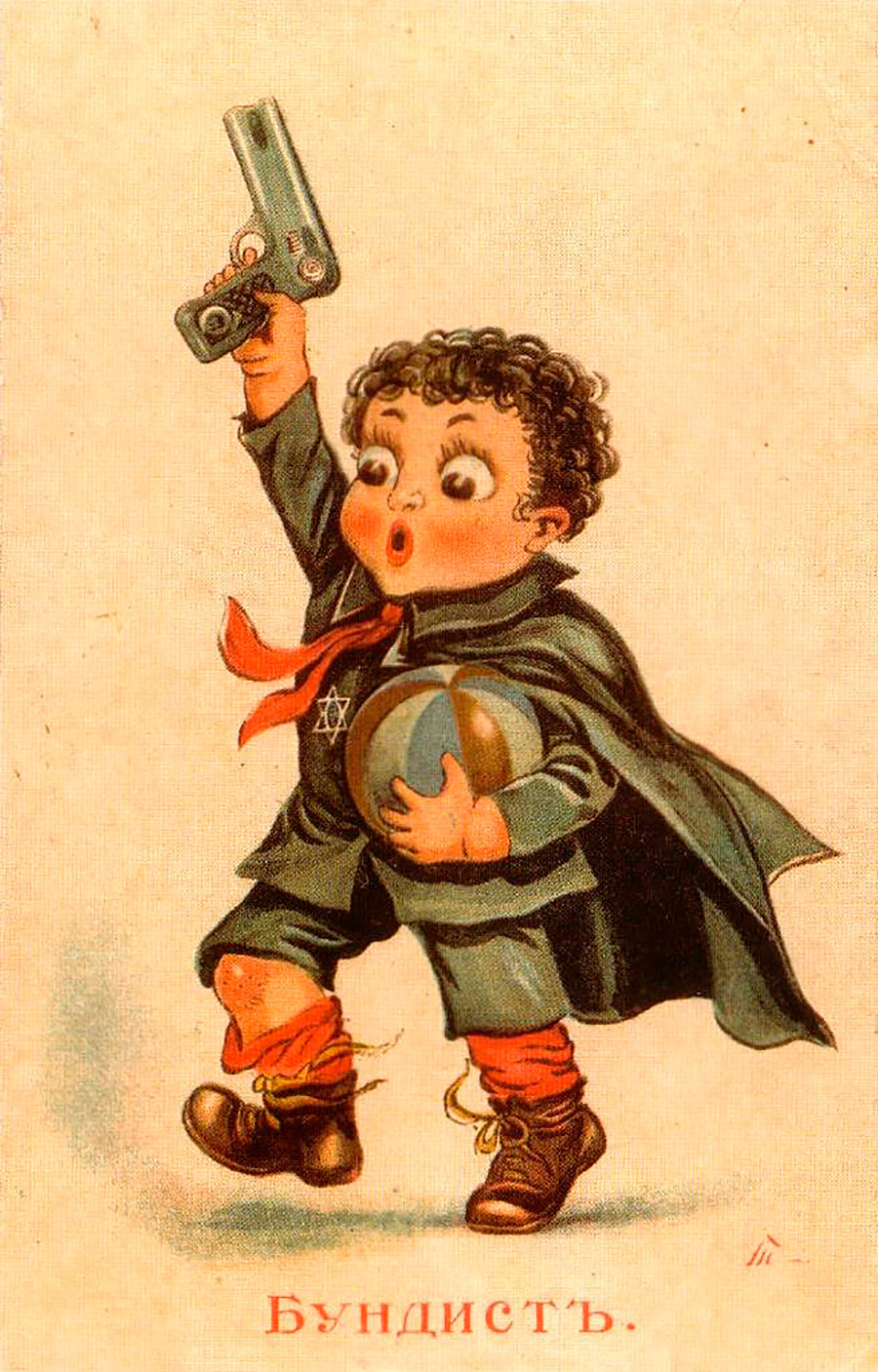 7. The angriest kid is definitely the Bolshevik, who is staring viciously at the much smaller Menshevik boy. The Bolsheviks (“Majority-ites”) and Mensheviks (“Minority-ites”) appeared in 1903, when the Russian Social Democratic Labour Party split due to internal conflicts. 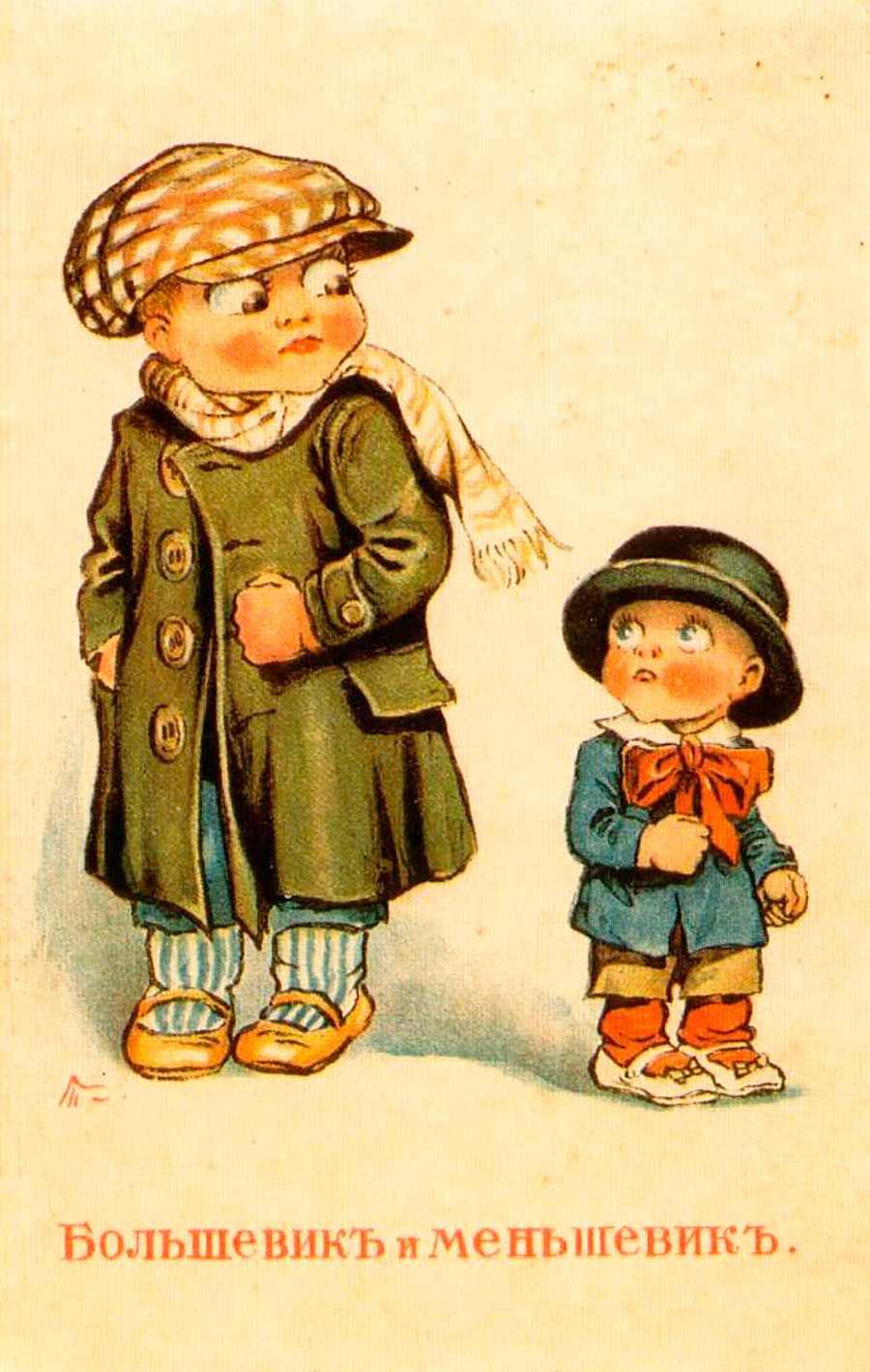 8. The “Child politicians” weren’t Taburin’s first experience of depicting adults as kids. During WWI he issued a series of postcards where soldiers of the belligerent nations were also shown as children. 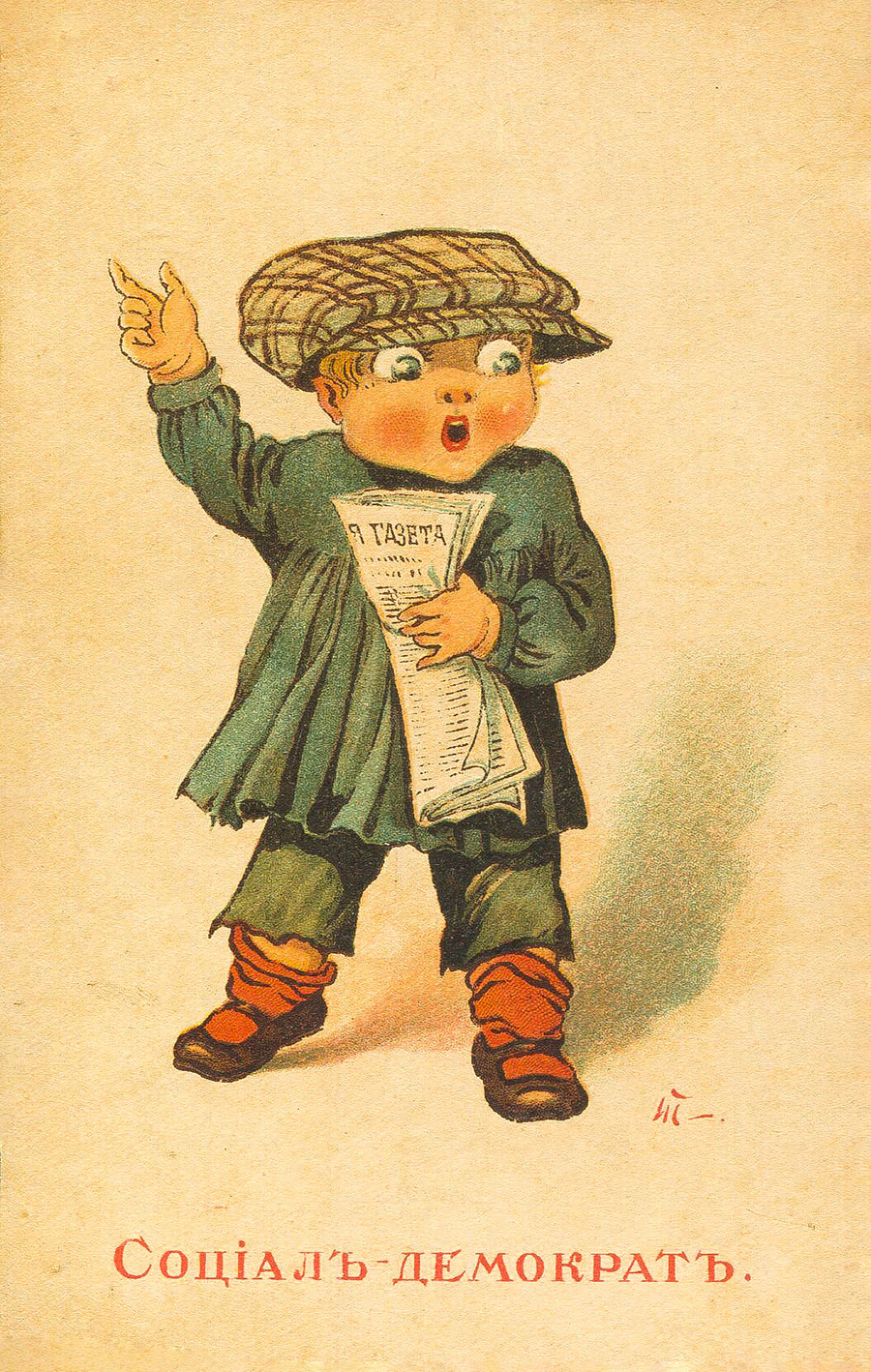 9. After the Bolsheviks took power in November, the country stepped on the path of long, ruthless and painful internal conflict, where there was no more place for any fun. 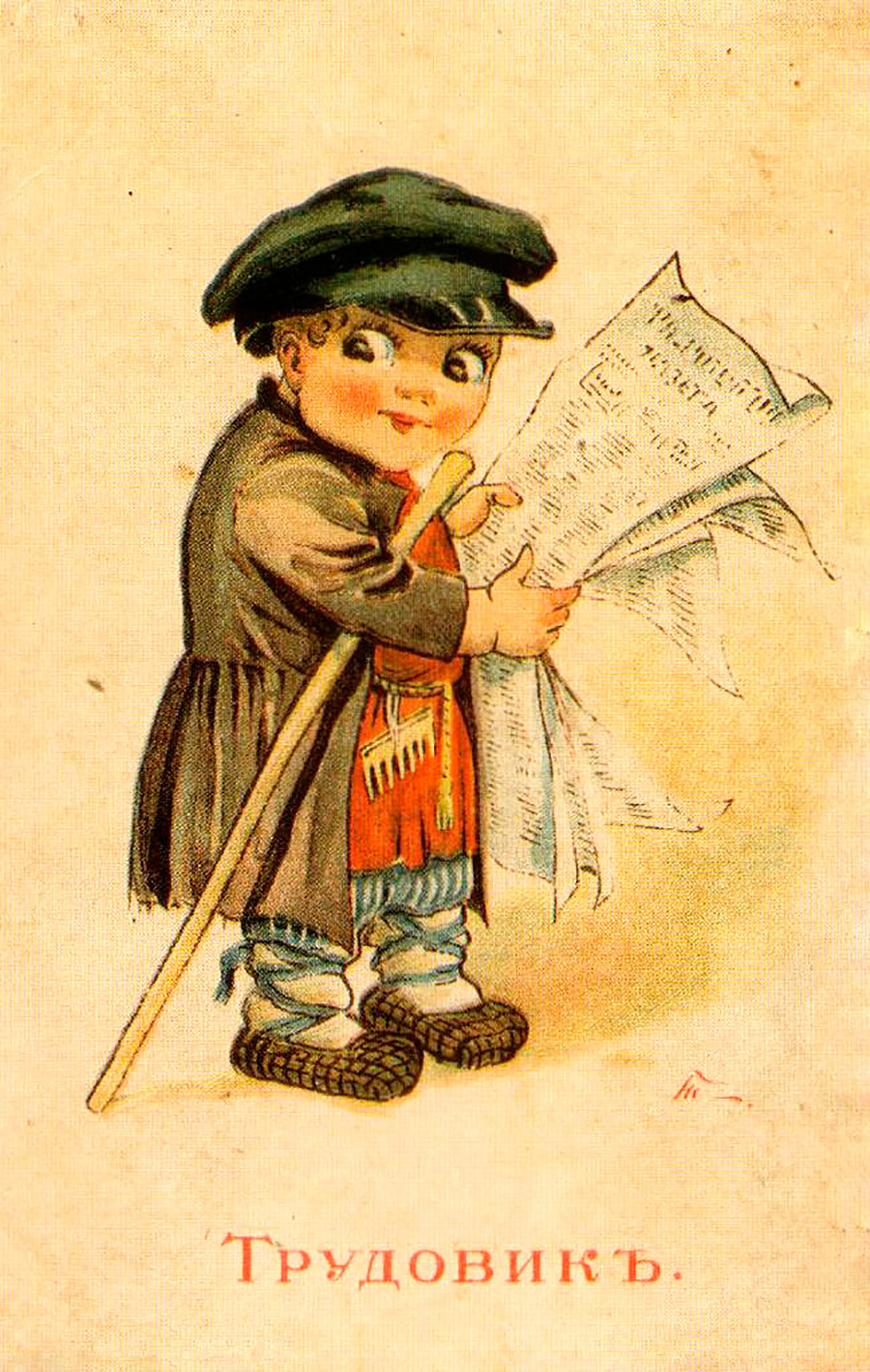 10. In the new climate, Taburin’s funny postcards started to look like nonsense and soon faded from memory 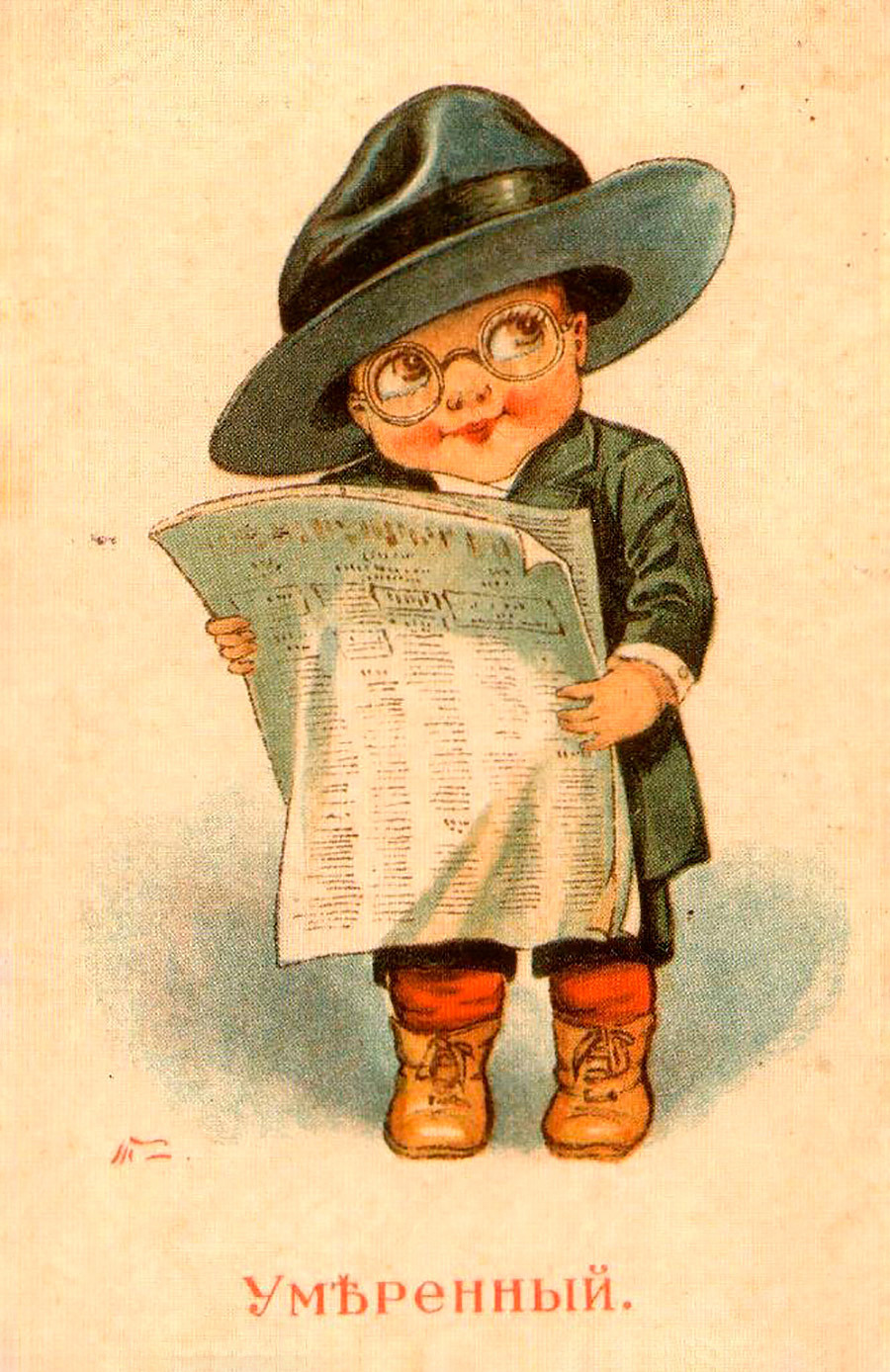 you can see a series of postcards depicting WWI soldiers as kids.