4 newspapers that turned Russia into a different country 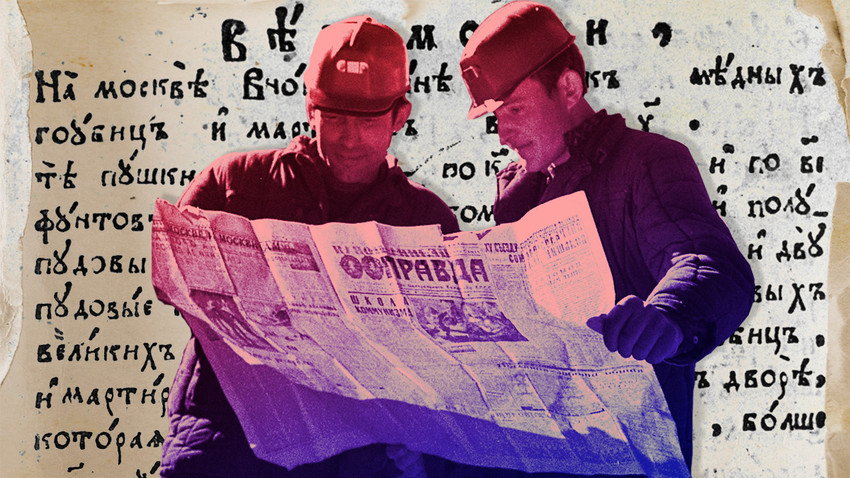 Alexander Makarov/Sputnik
Historically newspapers and magazines have played a crucial role in the life of Russia. Here the four examples.

Vedomosti meaning “news” was the first Russian newspaper launched by tsar-reformer Peter I. The need to launch a newspaper was connected with the prolonged Northern War (1700-21) that Peter I waged with Sweden to get an access to the Baltic Sea. The war did not start successfully, so the tsar wanted to explain to the nation why it was essential to continue fighting,  as well as to justify some extreme measures that he took, for example, melting church bells for cannons 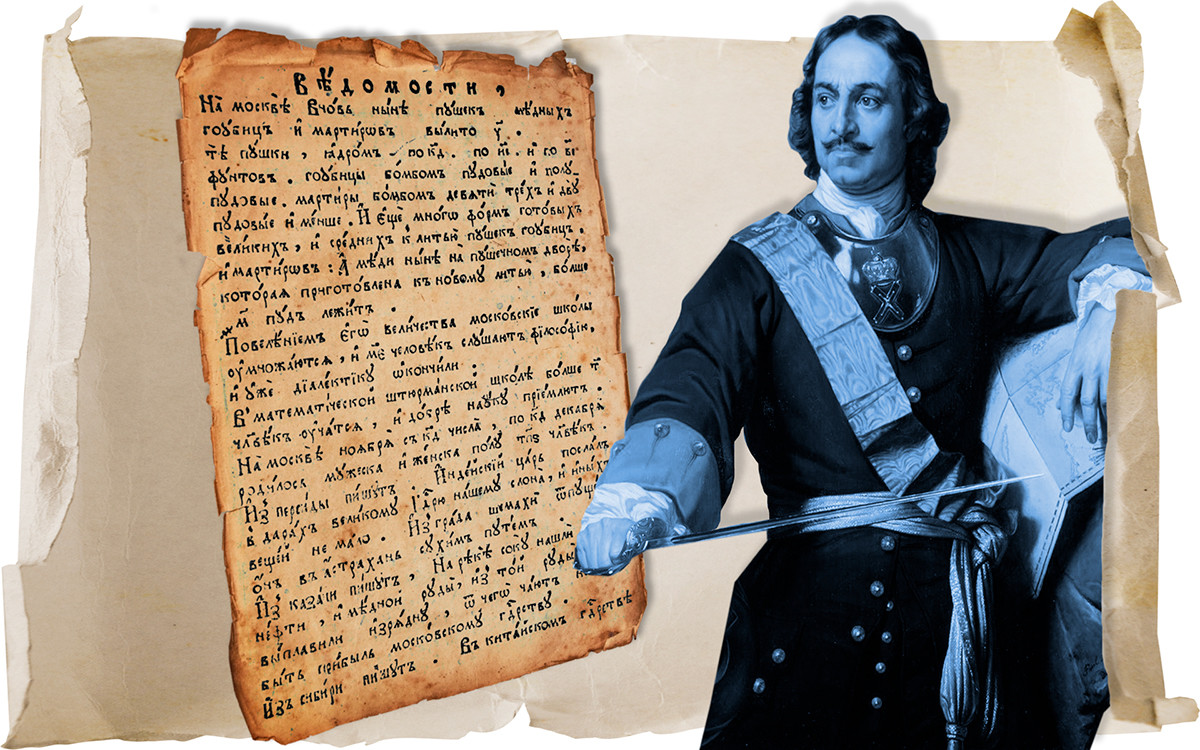 A page of the Vedomosti newspaper, the first printed newspaper in Russia (January 1703) and Peter I

himself paid a lot of attention to the newspaper, acting sometimes as the editor-in-chief – correcting materials, suggesting topics, etc. To boost the readership the tsar ordered the paper to be distributed for free in pubs.

They say that when the first issue of Vedomosti was published, Peter started to show it enthusiastically to his courtiers. It was small and did not look particularly impressive and one of the noblemen said that he had seen a much better one in Germany. Peter got angry and told him “to appreciate small things and then the big ones will come.”

Probably no other magazine in Russia influenced the country’s literary and social life as much as Sovremennik (“Contemporary”). Established by one of the most influential Russian poets Alexander Pushkin in 1836, it published the first works of Ivan Turgenev and Fyodor Dostoevsky. Sovremennik discovered Leo Tolstoy. The 24-year old future famous writer in the note attached to his novel Childhood wrote: “I am awaiting your judgment with impatience. It will either encourage me to go on with my favorite activity or force me to burn everything that I have already done…” The novel was published, so Tolstoy had no reason to resort to fire. 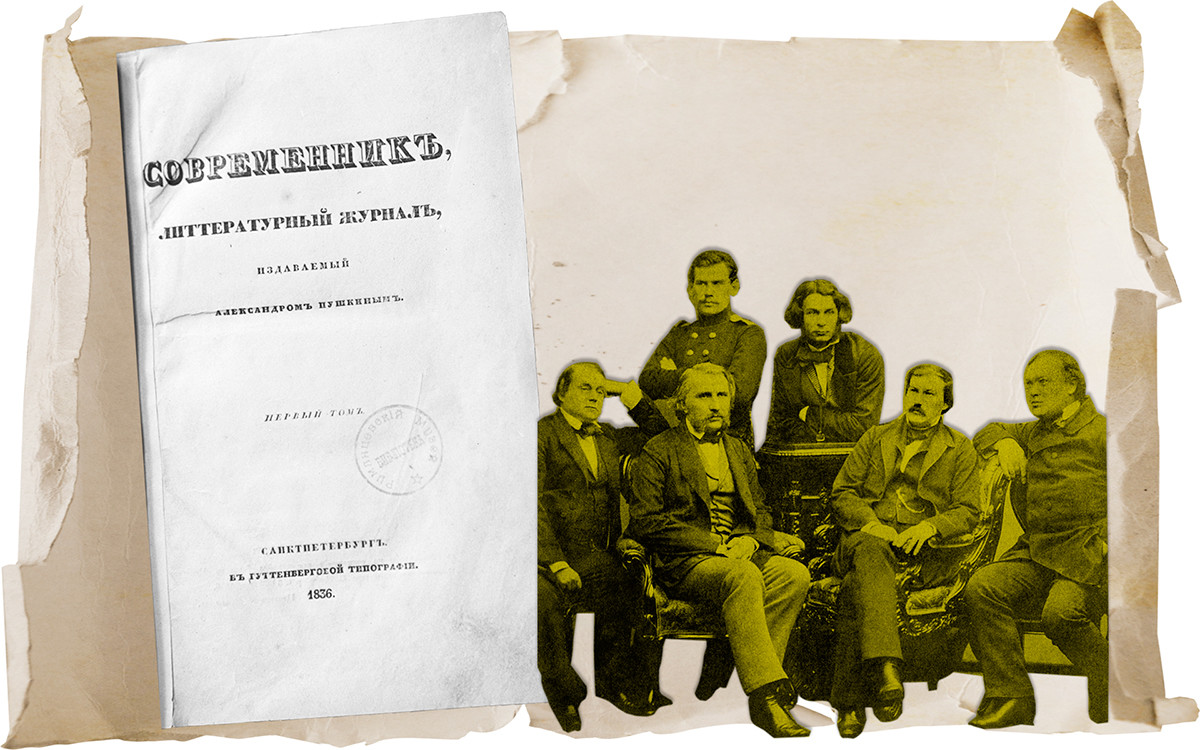 In the late 1850s, Turgenev and Tolstoy left the magazine as it turned into a mouthpiece for radical social and political ideas. This was the time of the reforms of Alexander II who pushed Russia to the path of rapid modernization that jazzed the Russian social and political life up to an unprecedented degree.

The magazine then published articles that could have been seen as calls to a revolution. The famous Nikolay Chernyshevsky’s novel What is to be done? – a manifesto of the Russian revolutionary youth was first published by Sovremennik in 1863. Censors greenlighted the publication but then realized their mistake, and the next edition didn’t come out in Russia until 40 years later. Soon the authorities’ patience with the magazine became extremely thin and it was closed after an order by the tsar himself.

In the late 1850s, Russian radical social thinker and writer Alexander Herzen established Kolokol (“Bell”) that was later called the first revolutionary Russian newspaper, after he emigrated from Russia. The newspaper was published in London and then illegally distributed in the country. It quickly became popular as it addressed the burning issues of the time. Its circulation was on par with Russian legal publications 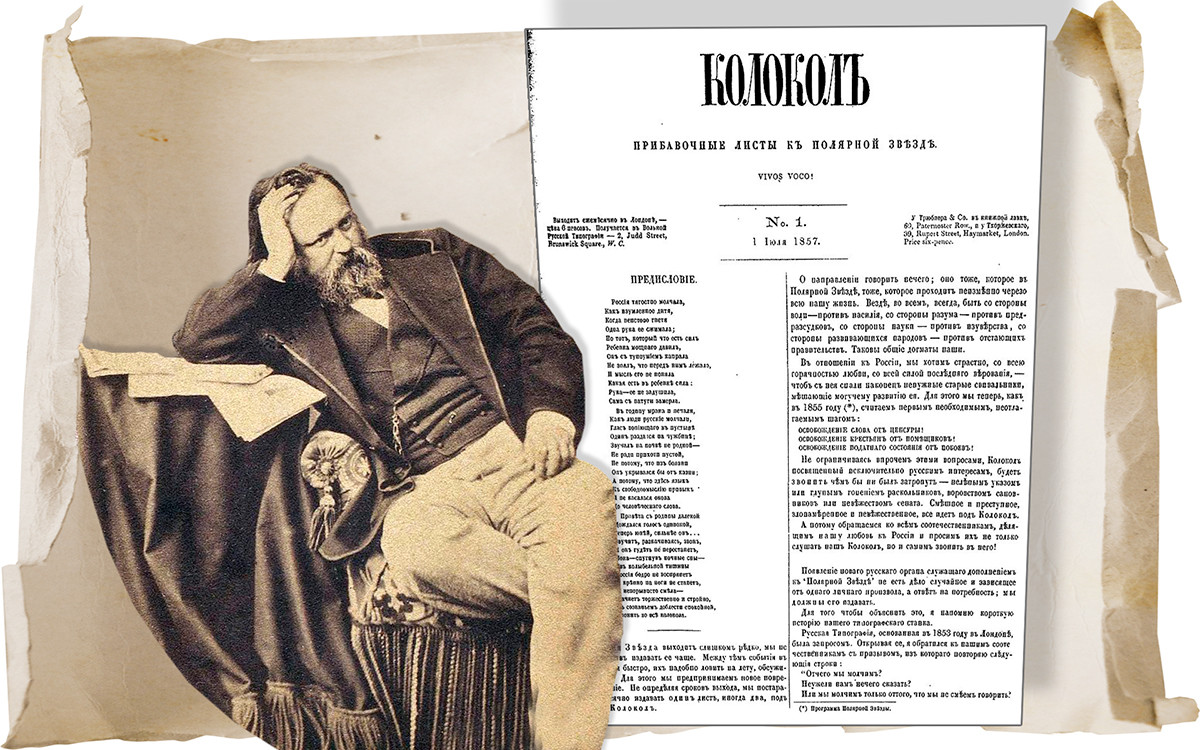 Alexander Herzen and the first page of the Kolokol's first issue

managed to get some confidential information from Russian officials and made it public, as was the case with the classified figures of the state budget for the years of 1859 and 1860. The newspaper exposed corrupted officials by revealing any wrongdoing. Alexander II himself was a part of Kolokol’s readership. They say that during some ministerial meetings he would sometimes tell an official who was delivering a report that he already had read about it in the newspaper.

However, when in 1863 the newspaper supported the Polish uprising (Polish territories were included into the Russian state after Poland’s partitions in the late 18th century between Russia, Prussia, and Austria) a large portion of the Russian liberal public turned away from the newspaper. The project died not long after this.

Pravda (“Truth”) was the main Soviet newspaper for 75 years. It was established as a Bolshevik legal newspaper for workers in 1912. In the first couple of years of the newspaper’s existence, its main contributor was Bolshevik leader Vladimir Lenin: he published almost 300 articles. 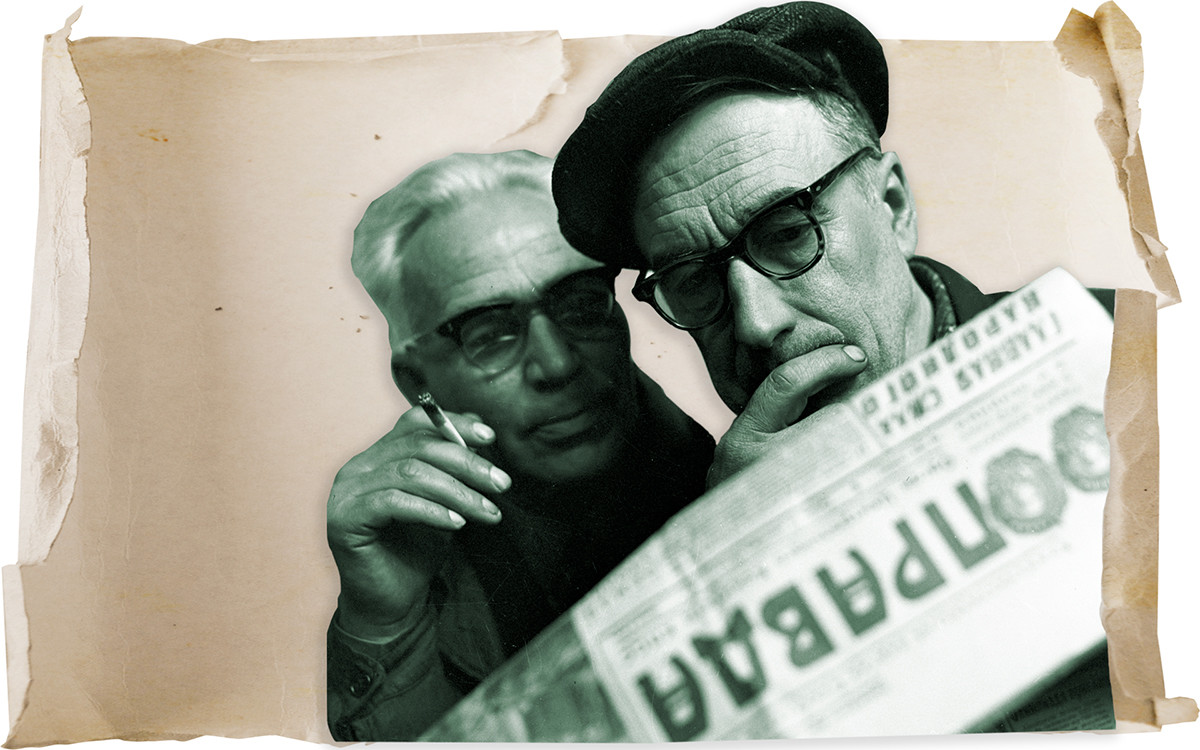 Turners of an electric machine-building plant reading the Pravda daily

Its dominant position among other printed media the newspaper acquired soon after the Bolshevik revolution in October 1917, when all “reactionary” press was closed down and one could get media only approved by the Bolshevik party.

In the Stalinist period, Pravda’s articles essentially designated the party line. Often some state campaigns were started after publications in the leading Soviet newspaper. There a telling story about Pravda’s image in the USSR. When the newspaper wrote about Stakhanov’s record in coal-extraction [the miner gave his name to Stakhanovite movement for increased production], it called the miner Aleksey instead of Andrey. When Stalin was told about the incident, he said that “Pravda cannot make mistakes.” Stakhanov got a new passport with a new name the next day. Pravda is still published today as an organ of the Communist Party of Russia.