Did Allied assistance make a difference for Russia in World War I? 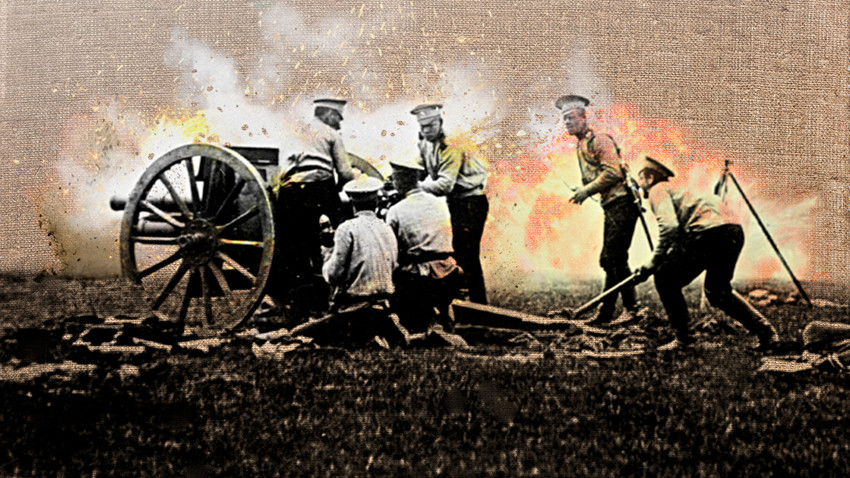 Nikolay Pashin/Sputnik
Unable to keep pace with the industrial might of its enemies, the First World War soon became a calamity for Russia. Help from the UK, France and the U.S. was important, but it was sometimes marred by criminal activity and fraud.

“There’s not enough food. People are starving. Many soldiers have no boots. They wrap their feet with rags… There are great losses among infantry and officers. There are regiments with only a few officers left. Especially worrying is the state of artillery supplies. I read a commander’s order not to use more than 3 to 5 artillery shells per cannon. Our artillery does not help the infantry, which is pounded by the enemy’s shells. … Reinforcements comprising 14,000 soldiers were sent and they lacked rifles,” one Russian military officer wrote in his diary at the end of 1914, five months after the war began. 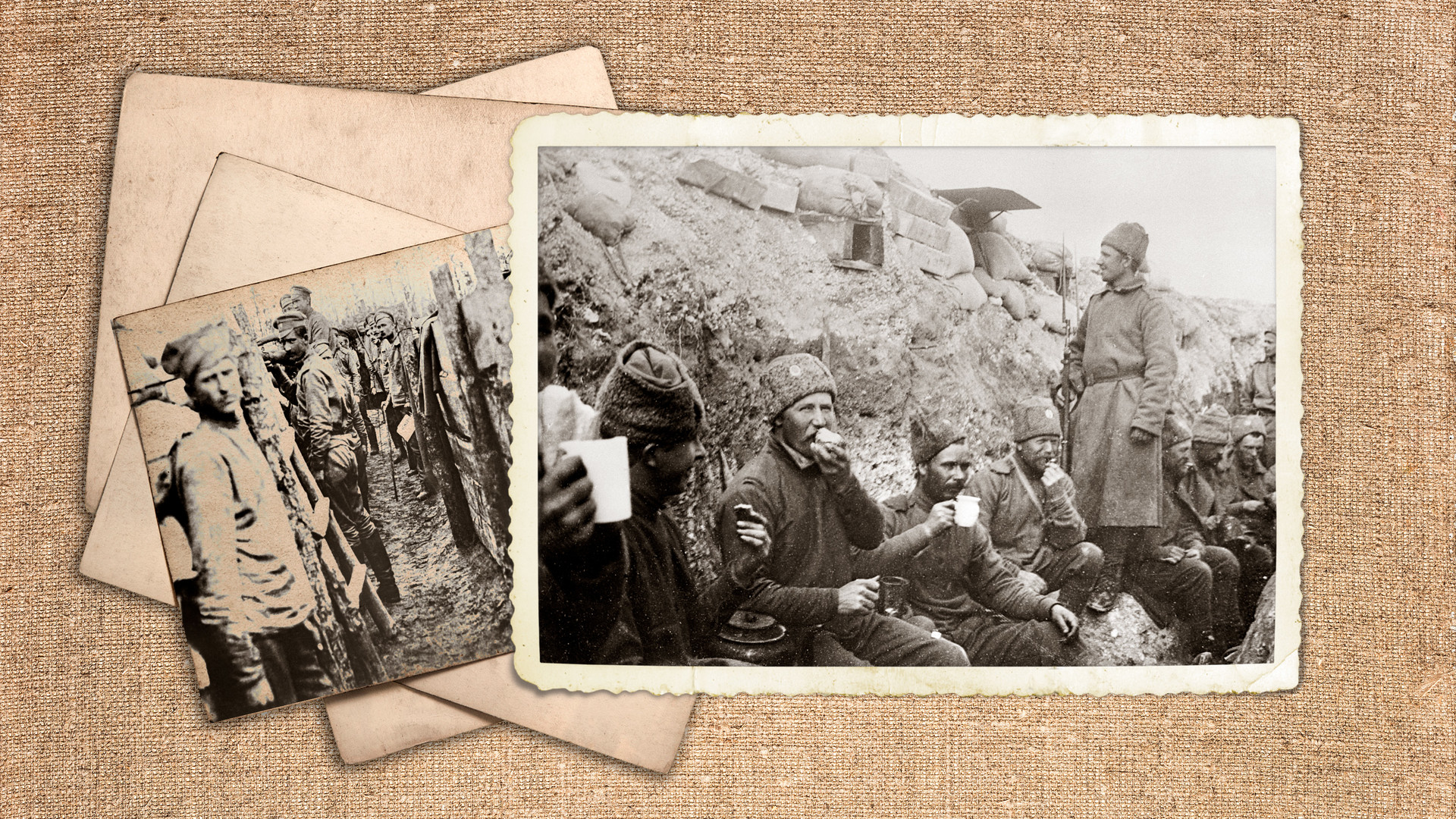 The First World War became a calamity for Russia

By spring 1915 it was increasingly clear that the war was going terribly for Russia. The Germans and Austrians had launched a major offensive, putting the Russian army to flight.

Retreating, suffering heavy casualties and losing vast territories in the west, General Alekseev, the future Head of the Russian General Staff, pointed out five main reasons for this disaster. The first reason was a shortage of artillery shells – “the most important, most worrying shortage, with deadly consequences.” Among other factors was a shortage of heavy artillery, as well as rifles and ammunition.

Russia was woefully unprepared for World War I. Of course, it’s possible to say that none of the major powers in this conflict were well prepared. But in the case of Russia, the situation was exacerbated by economic problems. The country’s industrial backwardness did not allow for a sudden and rapid increase in output that could provide the military with the necessary supplies. 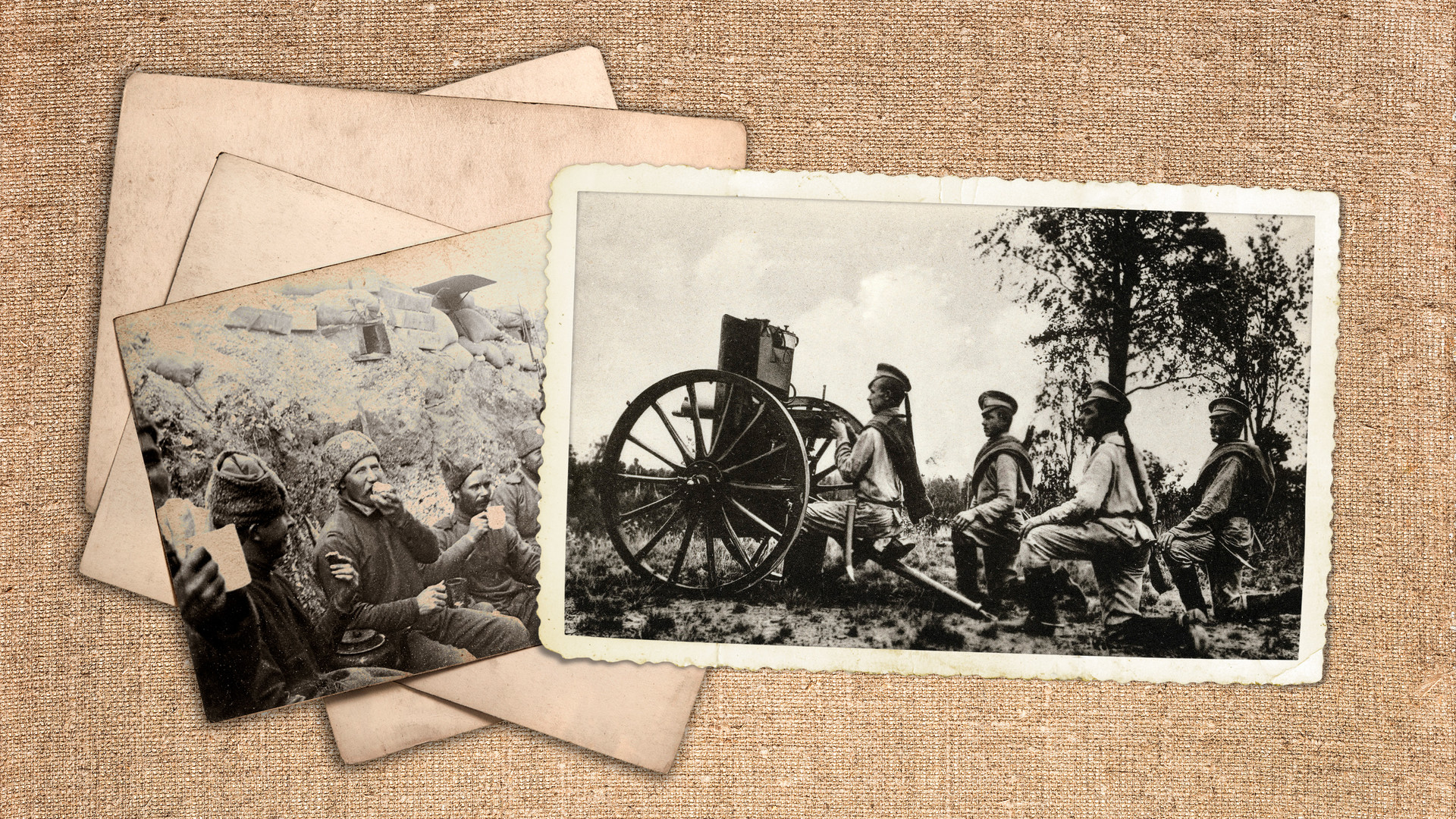 Russia appealed to Britain, France and the U.S. for cannons, artillery shells, rifles and other weapons and ammunition

At this point, the Allies had to step in. Russia appealed to Britain, France the U.S. for cannons, artillery shells, rifles and other weapons and ammunition.

As far as cannons, heavy artillery was perhaps the most crucial issue. Russia started to manufacture these cannons only in 1916, during the third year of the war, but it did not produce 8, 9, 10 and 11-inch howitzers, of which the military needed hundreds of such weapons. This forced Russia to import the cannons, but it could never get everything it wanted. In the case of 11-inch howitzers, for instance, Russia managed to get only 3.8 percent of what it needed.

The results were clear. By early 1917, compared to the Allies, Russia had five times fewer field artillery and nine times fewer heavy cannon. Per kilometer, there were two cannons on the Russian front, and 12 on the French front.

The appalling shortage of artillery ammunition meant that during the war Russia could not get the of shells that its troops needed. 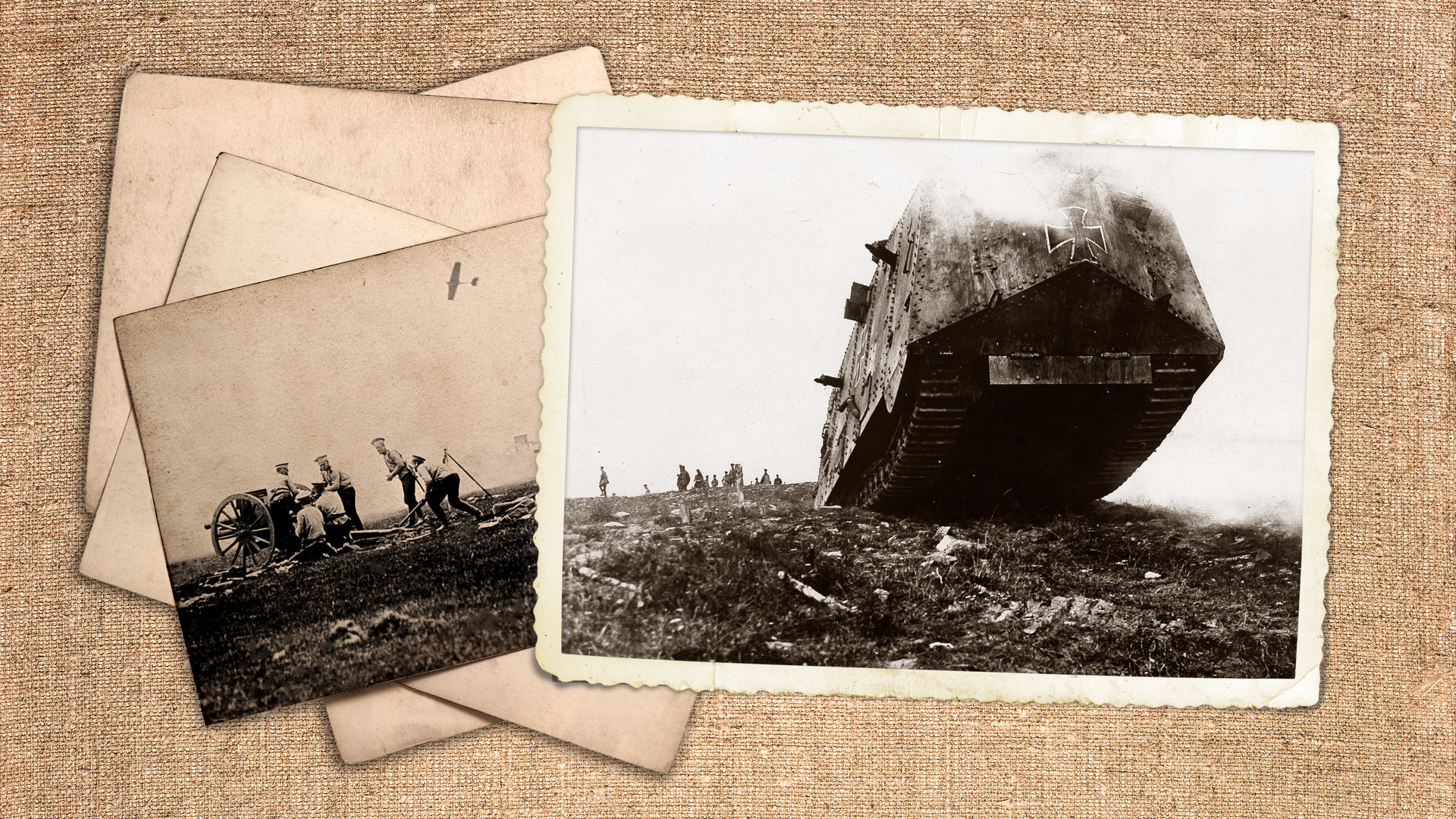 “I recall the battle of Przemysl in the middle of May [1915]. 11 days of bitter fighting... 11 days of the terrible roaring of German heavy artillery, literally wiping out our trenches together with their defenders. We almost did not respond [to their fire] – we had nothing. Regiments exhausted to the last possible beat off one attack after another with bayonets, or shooting point blank. Blood was spilling… The number of graves grew as two regiments were almost completely destroyed by German artillery fire,” recalled General Anton Denikin, commenting about the Russian army’s plight.

Russia increased its production of artillery shells, but it was still not enough. The Allies had to make up the difference, and so they delivered about 30 percent of what was needed. In the case of heavy artillery, up to 75 percent of artillery shells were imported, but the Russian army needed more.

Foreign assistance was problematic. When a Russian diplomatic mission arrived in Britain in the autumn of 1915 to state its needs, British Prime Minister Lloyd George said that “our own needs [in weapons] are greater than those of our allies,” hinting that the Russians should limit their requests.

The Allies started to help Russia only starting at the end of 1915. Business, however, was not always honest. Russia placed orders for almost 4 million rifles in the U.S., and by early 1917 it had paid for them in gold. Among the many companies involved, only Winchester met its promises, supplying 300,000 rifles to Russia. Other firms delivered around 10 percent of what had been ordered and paid for. 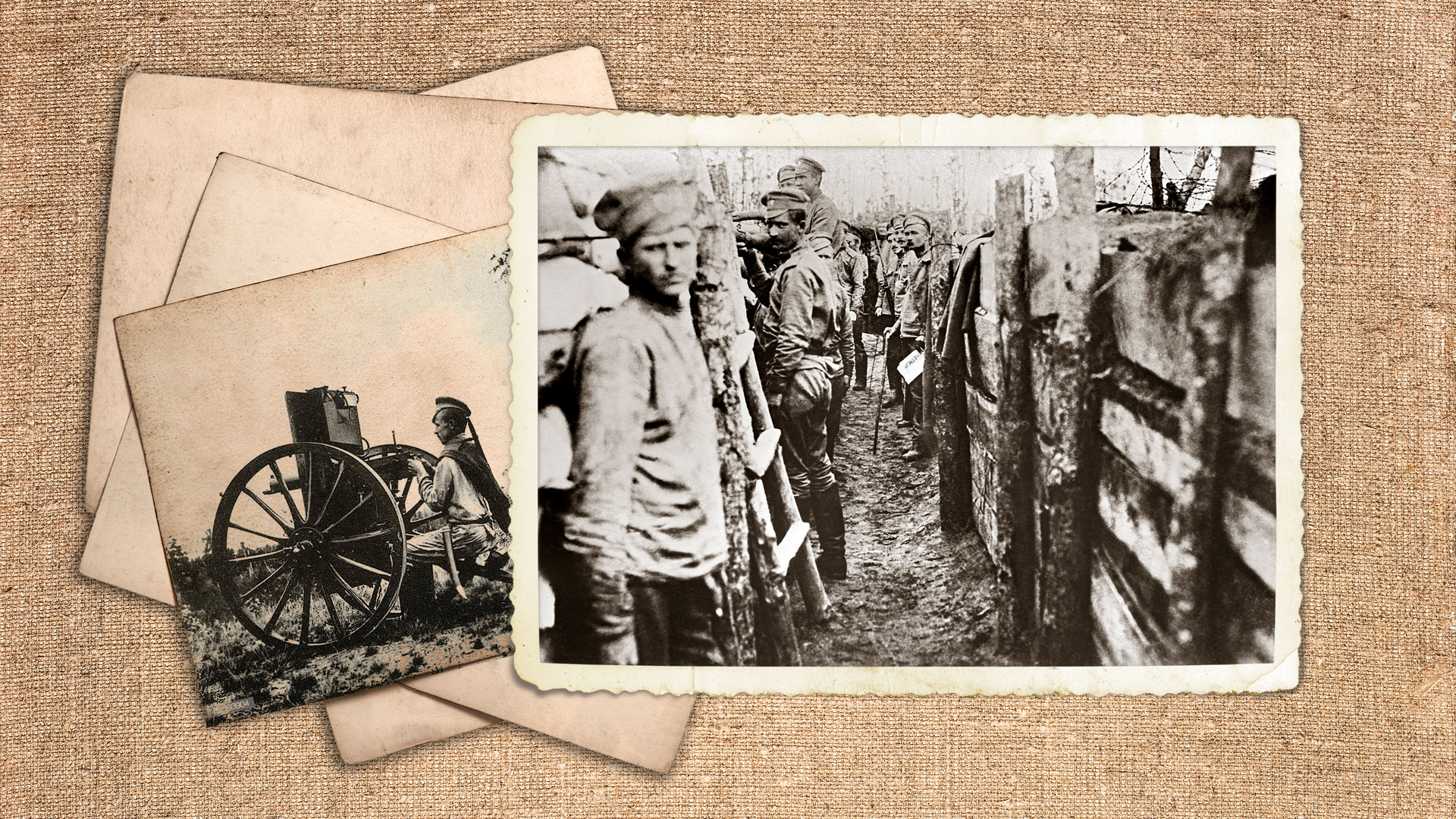 Ex-defense minister Mikhail Belyaev revealed that American firms took those orders with “criminal easiness,” having no production capacity to manufacture these weapons. There were also complaints about orders placed in Britain: the goods were of poor quality and expensive.

In February 1917, Russia sent requests to the Allies for more weapons. The latter, however, agreed to deliver only a third of what the Russians asked for. Hence, one might say that Allied help was important for Russia, but it was not enough, and it helped to influence Russia’s exit from the war in March 1918.

Do you know how Russian soldiers lived on the front lines of WWI? See some rare photos here.