Why did Soviet policemen drive Porsches, BMWs, and Mercedes?

History
Boris Egorov
Criminals in the USSR had no chance of outrunning fast Western-made police vehicles. 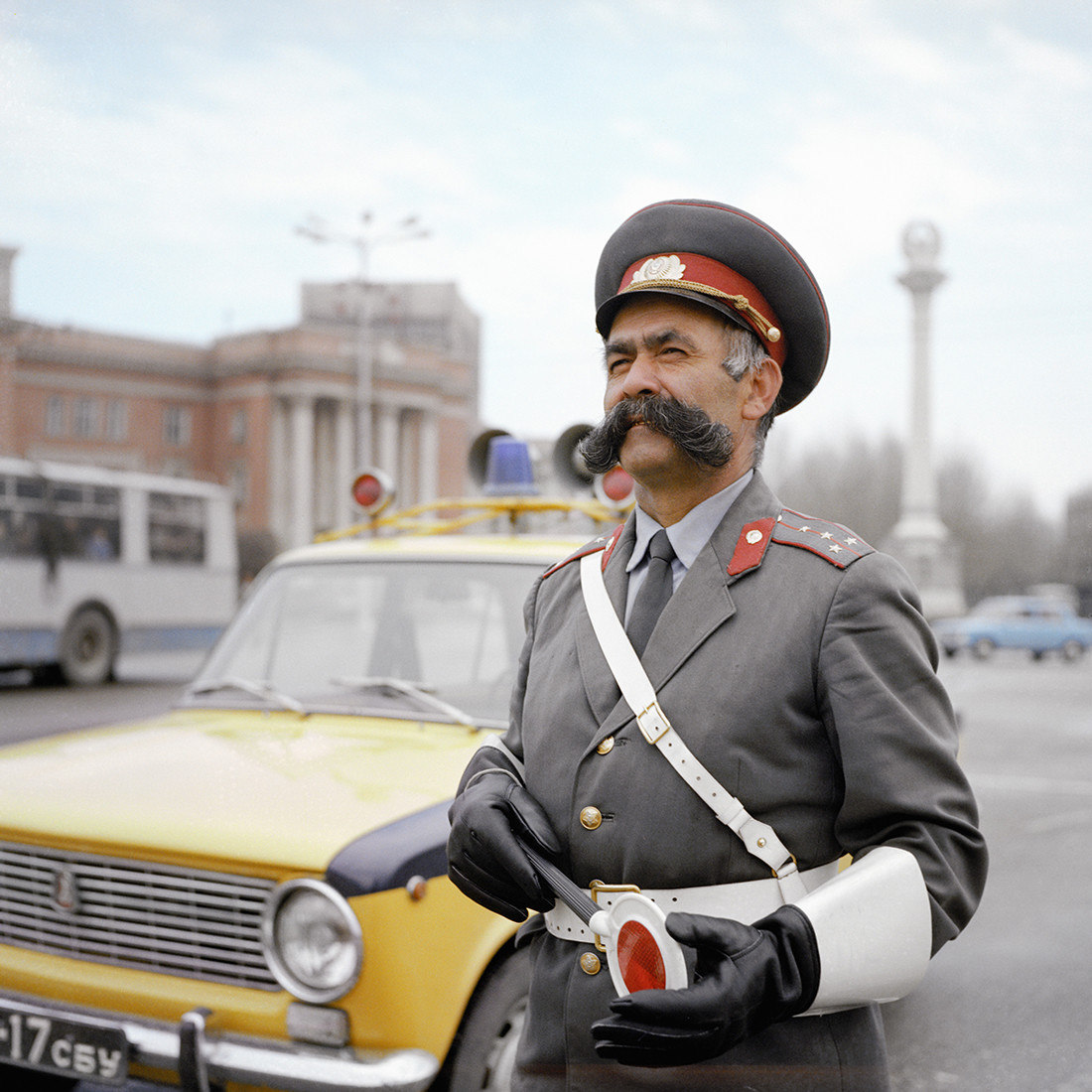 is not too far from the since barely any foreign models were imported into the Soviet Union until the last few years of its existence. One exception was the BMW-340, which for period of time during the late 1940s and early 1950s was exported to the USSR 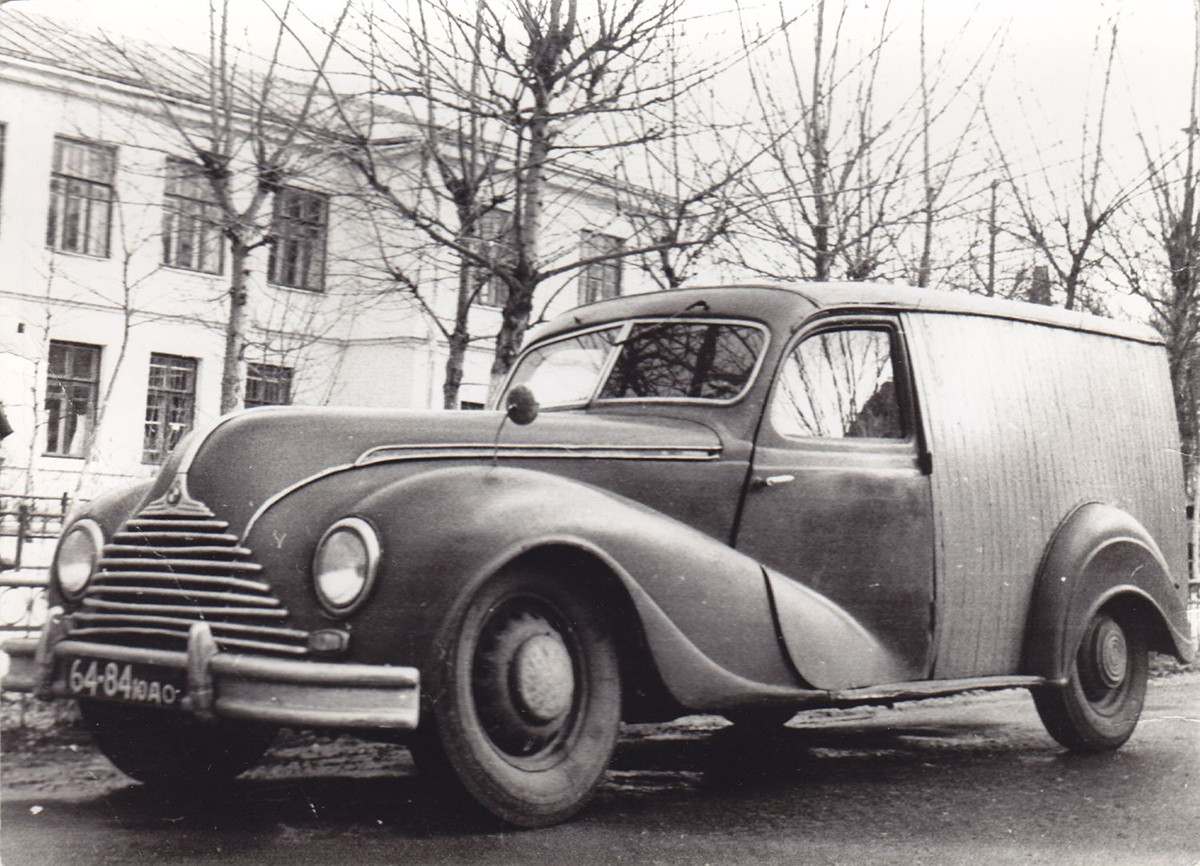 other foreign models also managed to sneak into the country from time to time. Besides diplomats, high-ranking officials also strived to get their hands on Western-made cars, not to mentioned well-heeled actors and singers 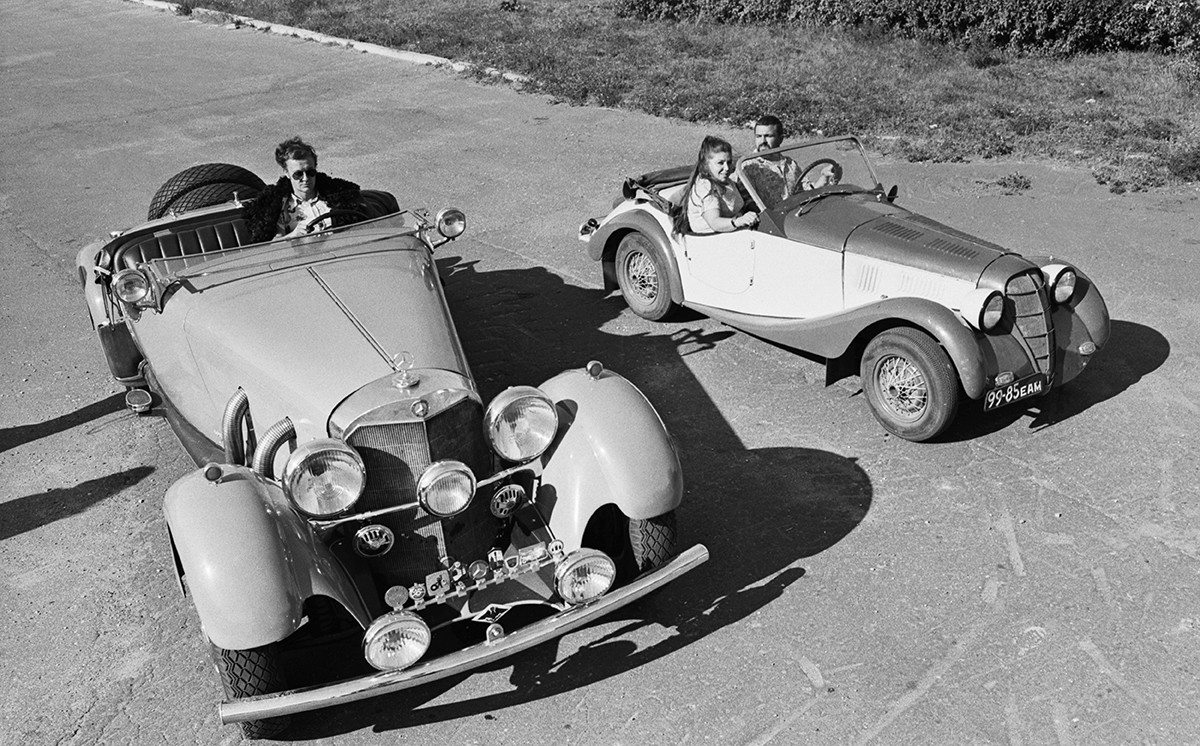 , the luckiest of all was the Soviet police, who were allocated the lion’s share of foreign vehicles. These cars were used in patrol missions and to chase and intercept criminals 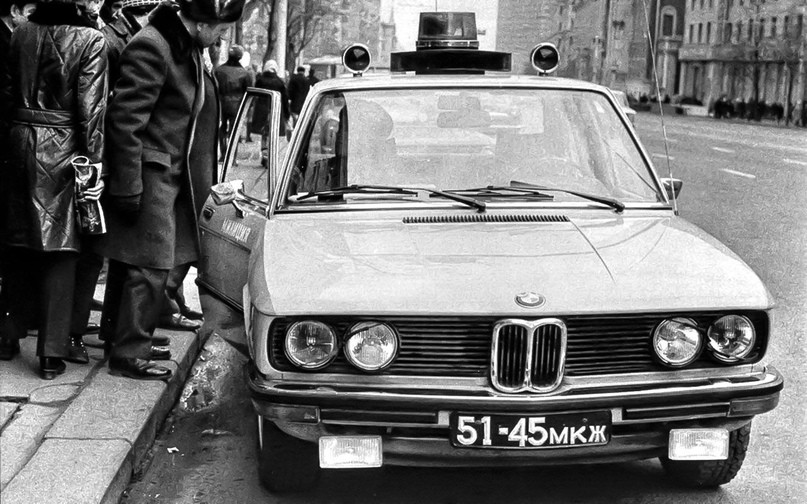 first foreign car joined the Soviet State Automobile Inspectorate in the late 1960s. This was the Ford Galaxie Wagon, which was even equipped with American police equipment, including a dash light, loudspeaker, and spotlight. 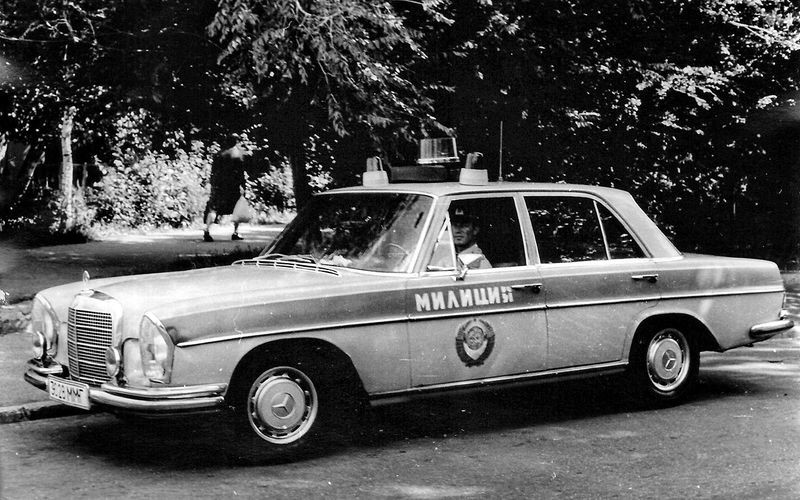 Mercedes, it was BMW’s time. In 1973, the German car producer organized its first exhibition in the USSR, and after that dozens of BMWs were purchased by the Soviet “to protect and to serve.” 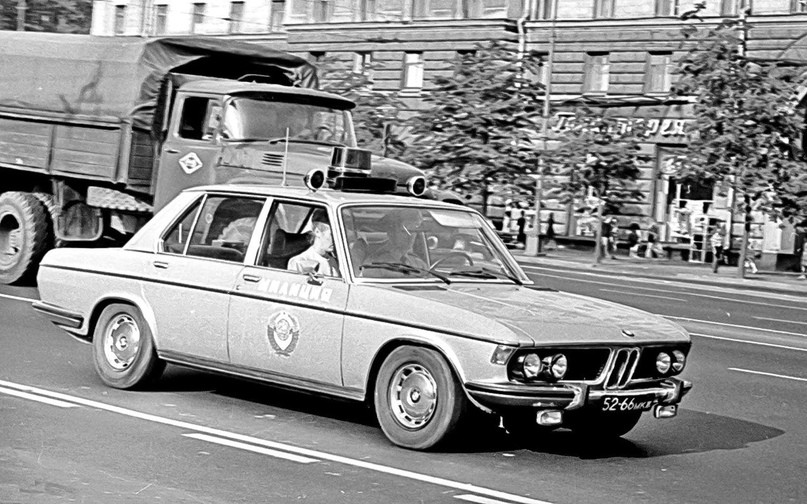 BMW even to open two factories in the USSR for car and motorcycle production. These plans collapsed, but German cars continued to enter the country 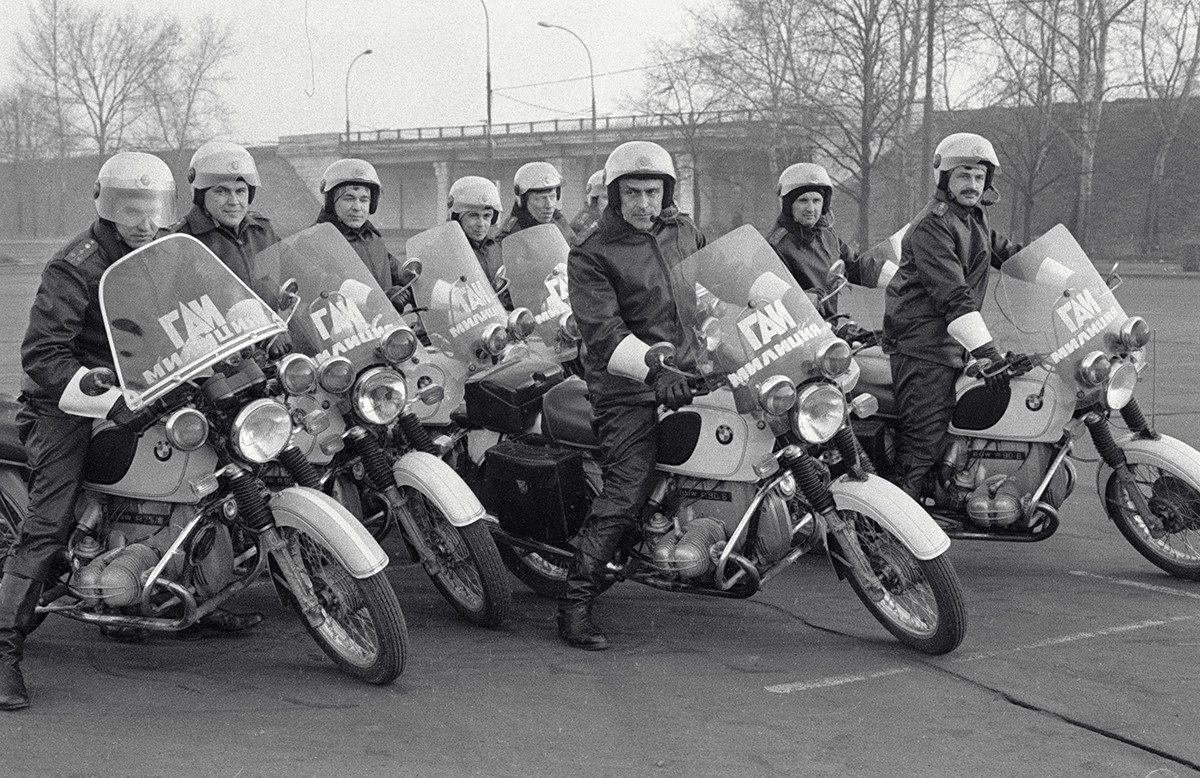 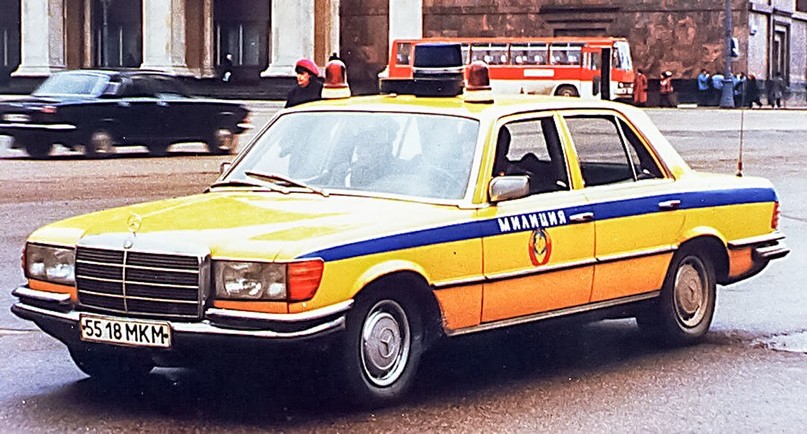 the Volga 24-24 cars with a top speed of 170 km/h, often used in chases by policemen and secret services, were no match for BMWs that easily accelerated to over 200 km/h. 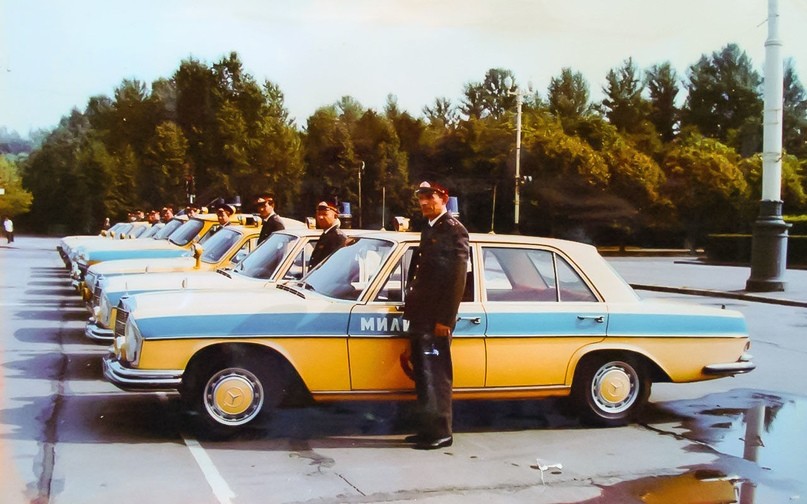 Even the likes of the Porsche 911 Targa made it over the Iron Curtain (only two, though) 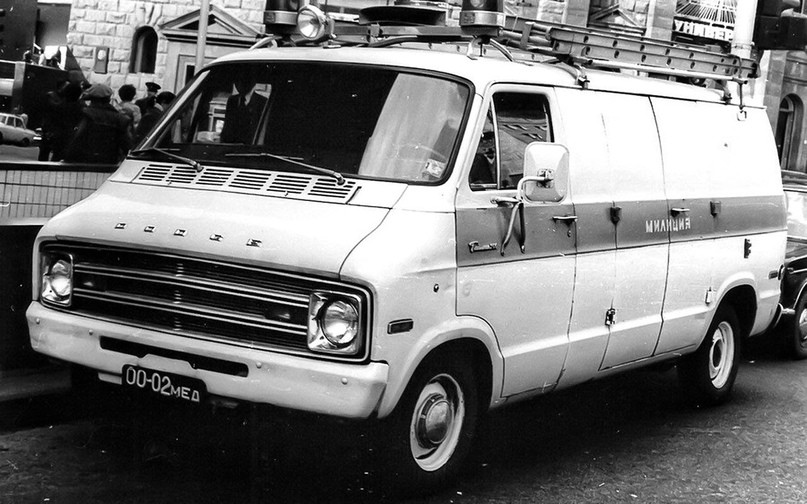 Beside Mercedes and BMW, from the 1960s to 1980s the Soviet Union also imported , Opels, Audis, Renaults, Volvos, and Fords 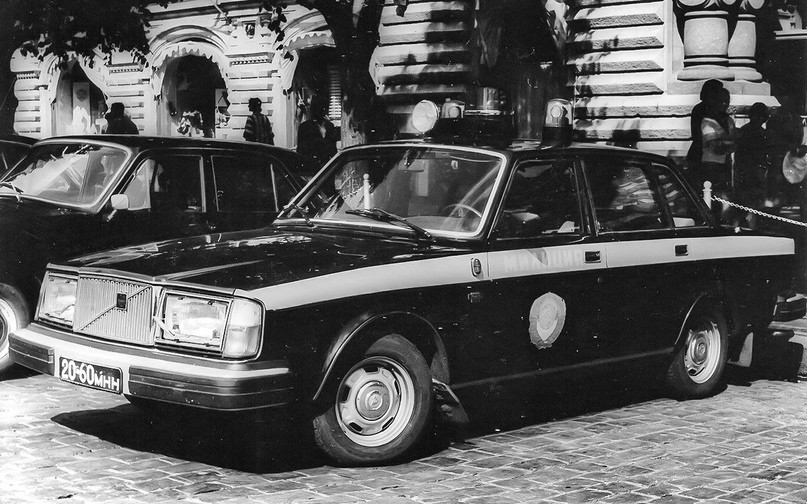 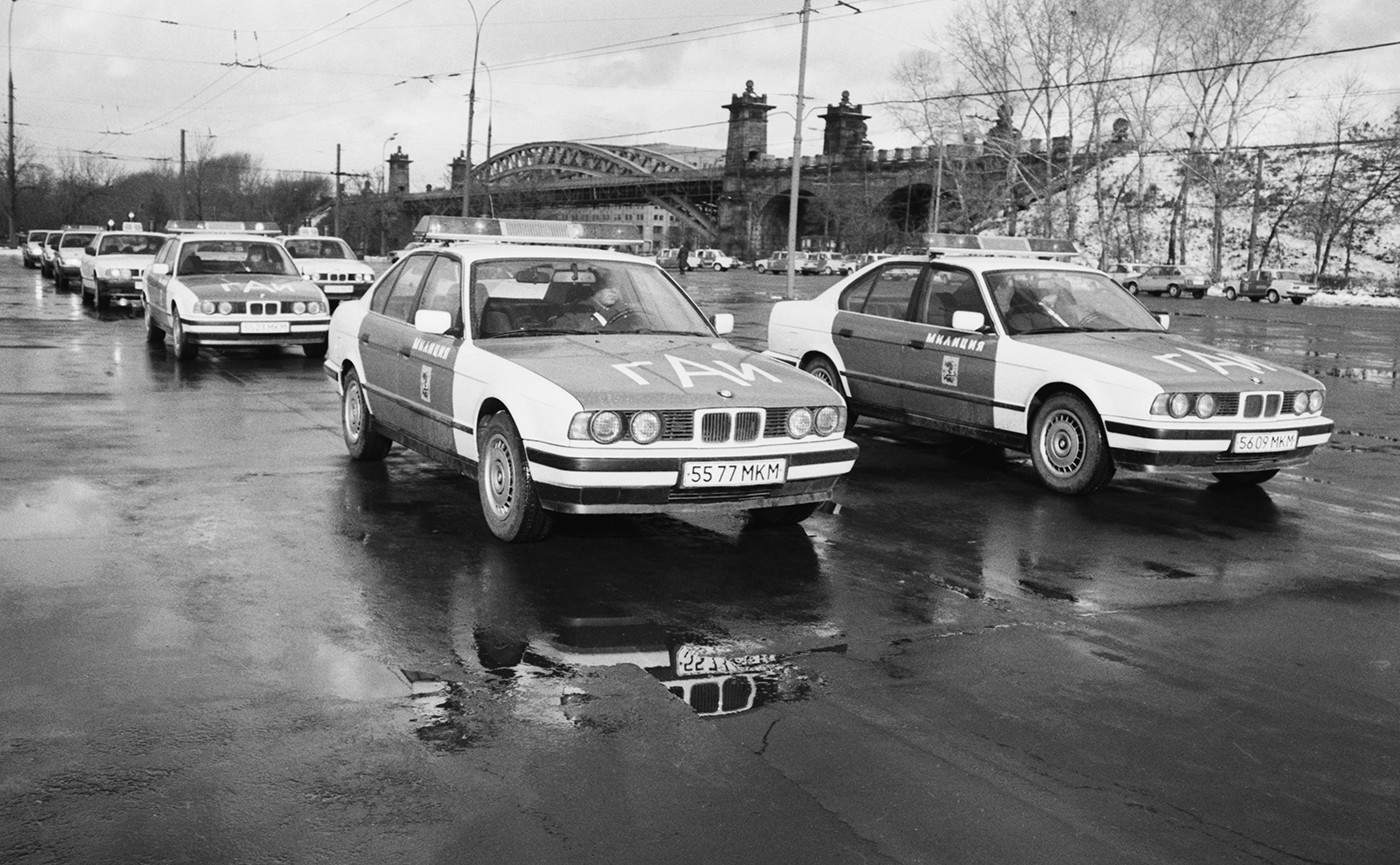