How King Arthur, a French town, and the name 'Alan' are related to an ancient kingdom in Russia 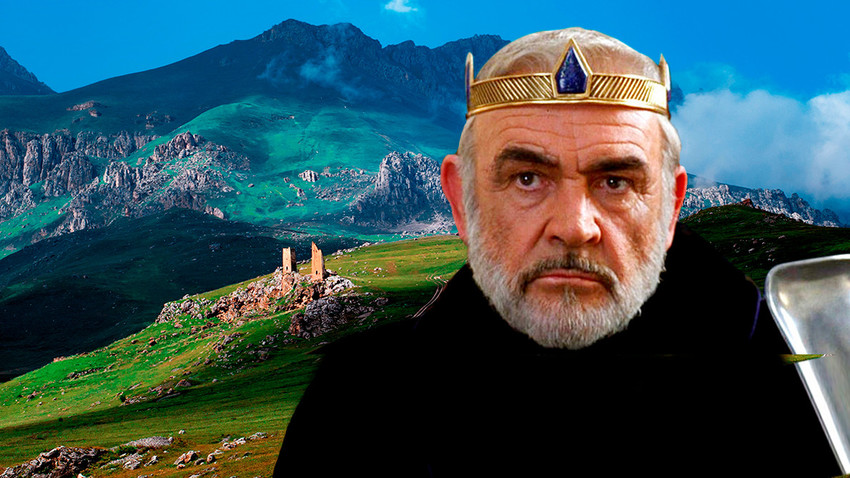 Legion-Media, Jerry Zucker/Columbia Pictures, 1995
The Alans were ancient warriors of the Caucasus region who some scholars say helped give rise to the legends of England's King Arthur and the Knights of the Round Table.

Are you friends with someone named “Alan”? Well, little does he know that the origins of his name owe to a mysterious Iranic kingdom that once lived in what is now modern-day southern Russia. More than 1,500 years ago they migrated to Europe and influenced the creation of the legend of King Arthur. We know it sounds preposterous, and it’ll take some explaining…

In the 4th century AD, the Alans established a kingdom straddling a strategic intersection of the Silk Road trade routes. In the 10th century, they converted to Orthodox Christianity and maintained close relations with their Byzantine and Russian neighbors 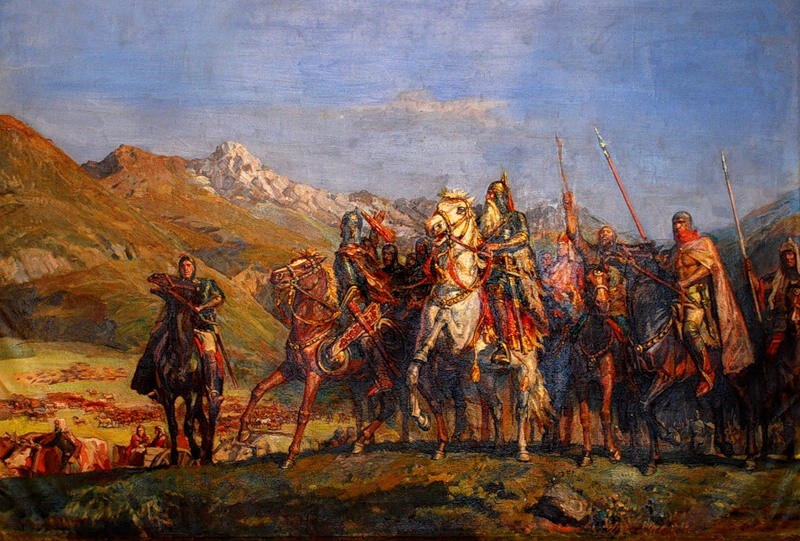 , idyllic territory was also to foreign invaders such as Attila the Hun. After yet another invasion by the Mongols, the fabled kingdom of Alania off the map.

But this is just where the story begins. Around the same time as the 5th-century invasion of Attila the Hun, a group of Alans decided to seek better prospects in Europe. Using ruthless cavalry raids, these warriors carved out miniature kingdoms throughout modern Hungary, France, and Spain. Archeological excavations of elongated skulls, jewelry, and colorful fabrics attest to a presence of Alans as far as North Africa 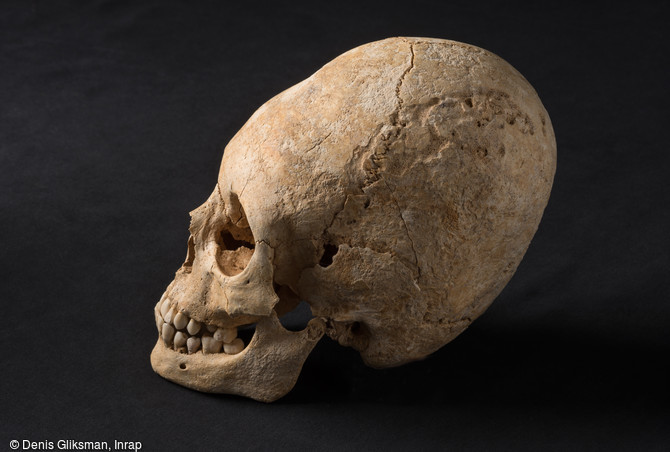 Alan and Hun warriors wore special helmets that elongated the shape of their skull in order to scare off enemies, which have been unearthed all over France

battle-hardened Alans with extraterrestrial skulls no longer wander Europe, they have still managed to leave quite a mark. In France, cities like Alaincourt and Allainville carry their name, and Catalonia was “Goth-Alania.”

In Hungary, there is even a region inhabited by descendants of the Alans. Known as Jaśzberény (in Hungarian, Alans were called “Yas”), it still celebrates some traditions, such as the ceremonial blowing of a 9th-century horn. Even the common English first name, “Alan,” is said to come from those ancient warriors 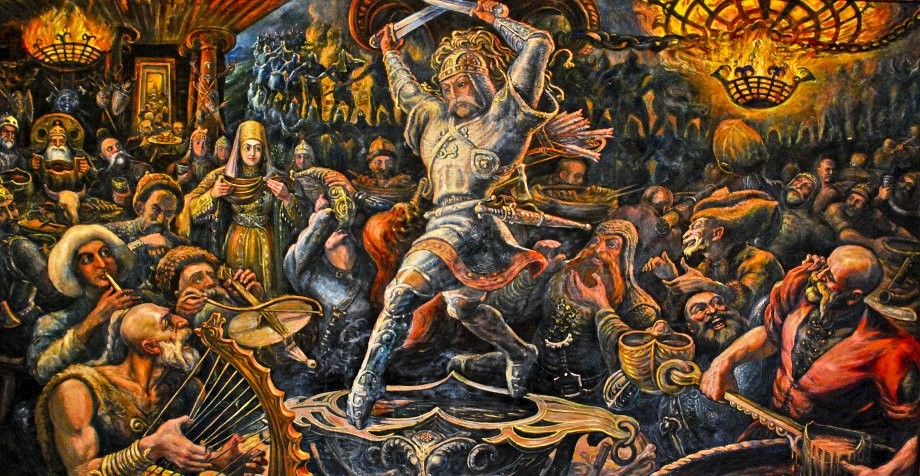 debt Western Europe has to the Alans, however, is the Legend of King Arthur. the Celts borrowed the tale from an Alanic myth in which a valiant knight, Batraz, goes on various adventures with a magical drinking vessel that is very similar to the Holy Grail.

Where to find traces of Alans today

To where has this great band of warriors, who ventured from the Caspian to the Atlantic, disappeared? Whom should all King Arthur fans and people named “Alan” thank?

Tucked in the mountains of Russia’s North Caucasus is the small Republic of North Ossetia-Alania, whose people still speak the UNESCO-protected language and follow the traditions of the ancient Alans. legends about Batraz, the original King Arthur, are shared by Ossetians to this day 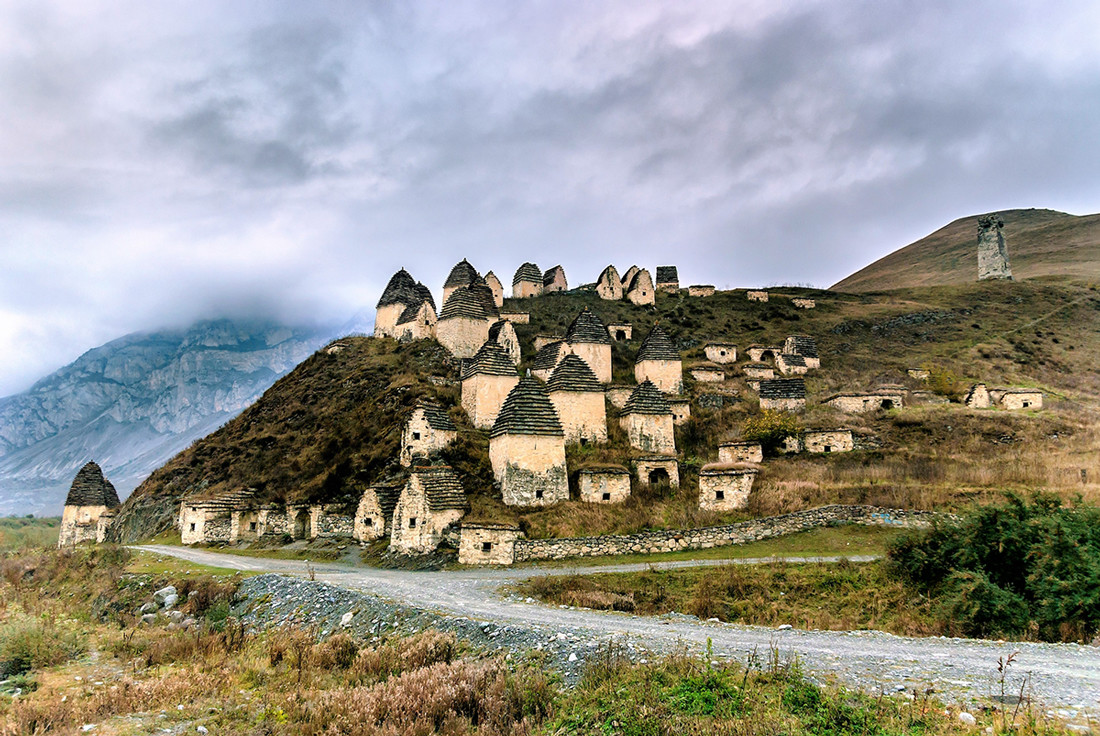 The “city of the dead” Dargavs, North Ossetia-Alania

, the small republic has many attractions: The “City of the Dead” in Dargavs is a 16th-century burial site in which each family’s ancestors are housed in beehive-shaped houses. Although hard to reach, the site is known for its stunning natural beauty and architecture that harks to a mysterious, ancient past. In addition to other sites such as the Fiagdon Monastery, an Alan citadel built into a mountainside, or the eclectic Muktarov Mosque, North Ossetia is known for its immense natural beauty and offers many opportunities for hiking.

The Ossetians aren’t the only people of the North Caucasus that carry heritage. The neighboring Republic of is home to some of medieval Alania’s most impressive structures, such as the Zelenchukskaya Monastery, believed to be the site of the ancient capital, Magas. Its 10th century South Church is the oldest functioning church in all of Russia. Meanwhile, the Republic of Ingushetia has also laid claim to heritage, naming its new capital, Magas 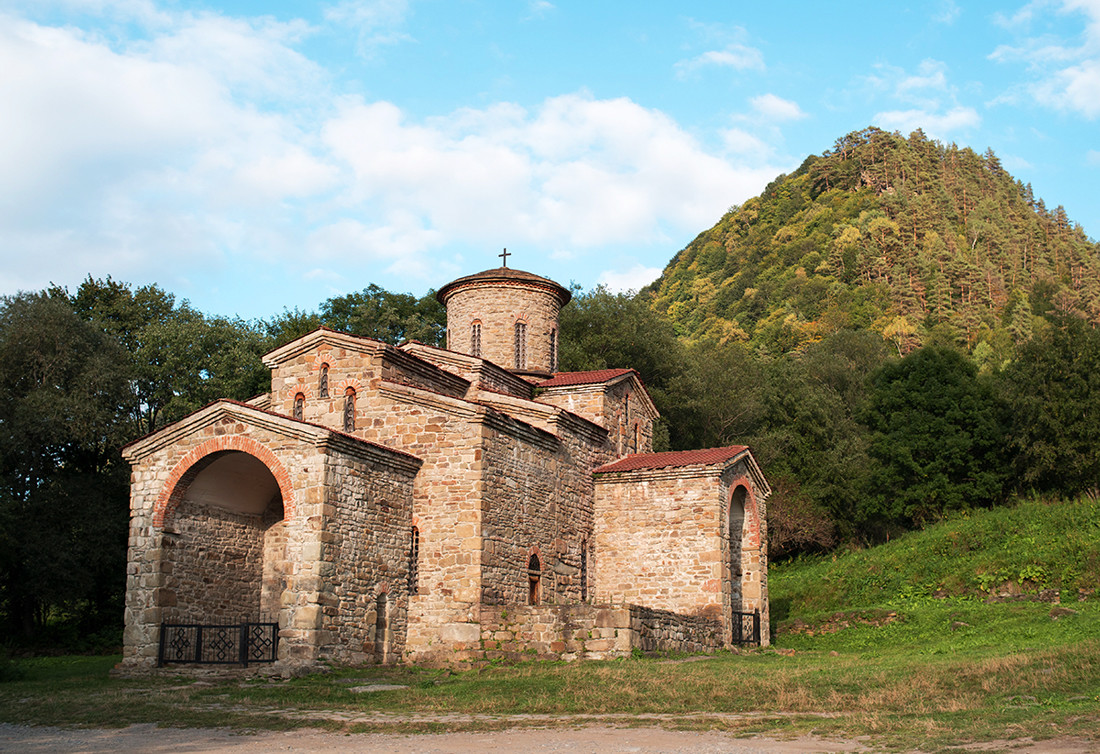 , if you think that you might have some Alan in your blood, or you’re just obsessed with King Arthur, the North Caucasus calling.

In Russia in the 1990s, Brits and American expats were often surprised to hear their Ossetian friends speak about the 'Sarmatian Theory,' which purports to explain the origins of England's legendary King Arthur. Needless to say, such claims were often met with chuckles and disbelief.

The Ossetians are among the smallest nations in the Caucasus region, but they're descendant of the once mighty Alans who lived on the northern and eastern shores of the Black Sea. So, not surprisingly, their legends and myths were not taken seriously. In 2004, however, the 'Sarmatian Theory' got a boost from a very unexpected ally, when Hollywood released the film, "King Arthur," starring Clive Owen and Keira Knightley. The central plot entirely embraces the 'Sarmatian Theory.'

The film starts with 'historical' background when the narrator says: “By 300 AD, the Roman Empire extended from Arabia to Britain. But they wanted more. More land, more peoples loyal and subservient to Rome. But no people so important as the powerful Sarmatians to the east. Thousands died on that field and when the smoke cleared on the fourth day, the only Sarmatian soldiers left alive were members of the decimated but legendary cavalry. The Romans, impressed by their bravery and horsemanship spared their lives. In exchange, these warriors were incorporated into the Roman military." 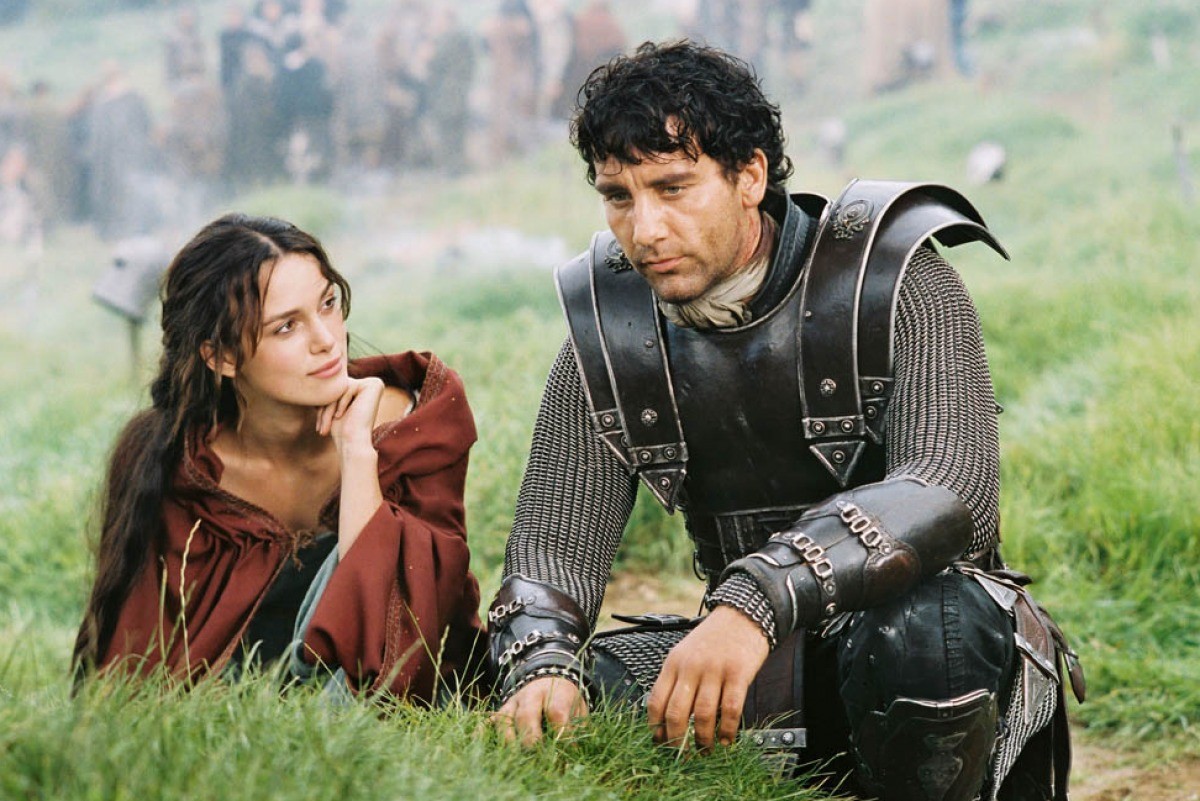 A screenshot from 'King Arthur' movie

The deal was that their sons and descendants would forever serve Rome as an elite cavalry force, and so they were sent to Roman Britain to fend off raiders from the north. "So as our forefathers had done, we made our way in the cortege of the Roman commander in Britain, ancestrally named for the first Artorius, or Arthur,” adds the film's narrator.

Indeed, historians believe that in 175 AD, Emperor Marcus Aurelius stationed 5,500 Sarmatians in Britain, forming a unit that remained there for generations. Also, a 5th century Roman document mentions a ‘Sarmatian formation’ serving in Britain, but by that time the empire was collapsing. Rome exited Britain about 400 AD.

This is where the film, "King Arthur" found an opportunity for storytelling. With the Romans gone, the elite Sarmatian cavalry, lead by King Arthur, stayed in Britain and united the local Celts to repel the invading Germanic tribes. The film ends with King Arthur and his Knights celebrating victory over the Germanic tribes.

Defending England from attacking Germans... Now, that sounds familiar and is something many British and Russians can relate to; even though those Germanic tribes eventually did triumph in the case of ancient England.