‘Fly Aeroflot!’ How the Soviet airline became the largest in the world (PICTURES) 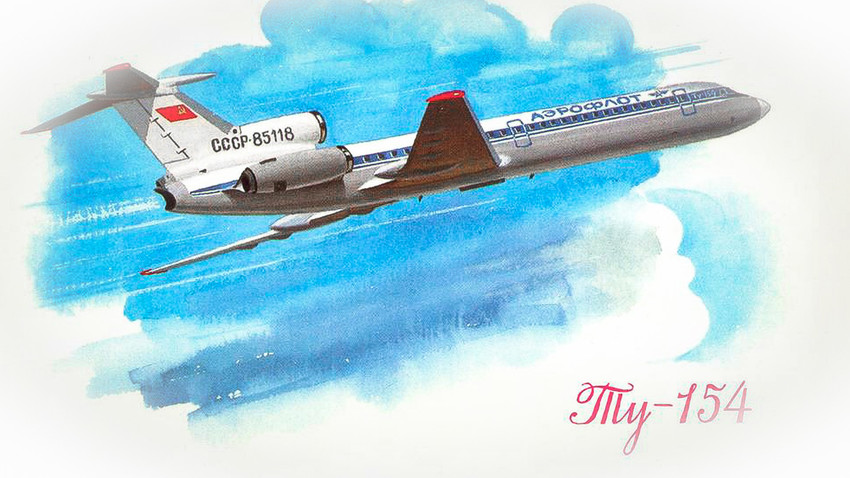 Archive photo
Aeroflot is one of the best-known Russian (and Soviet) symbols, and once carried 120 million passengers each year. Here is how the company marketed itself during the USSR. 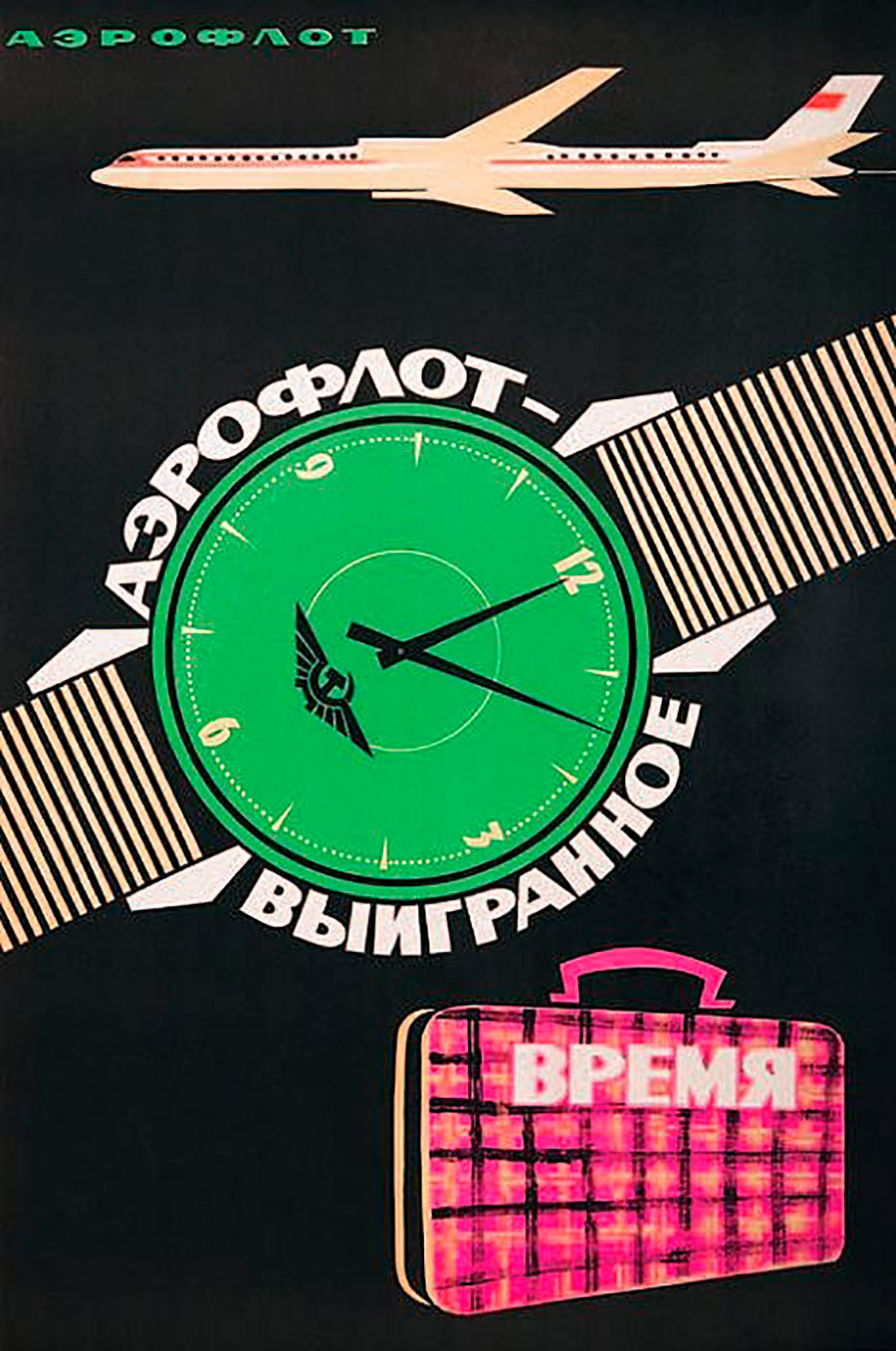 'Aeroflot - the gift of time'

Aeroflot was established soon after the end of the Civil War in Russia, in 1923. From the start, it was initially called “Dobrolet” meaning “Good Flying.” In the early 1930s the company received its current name 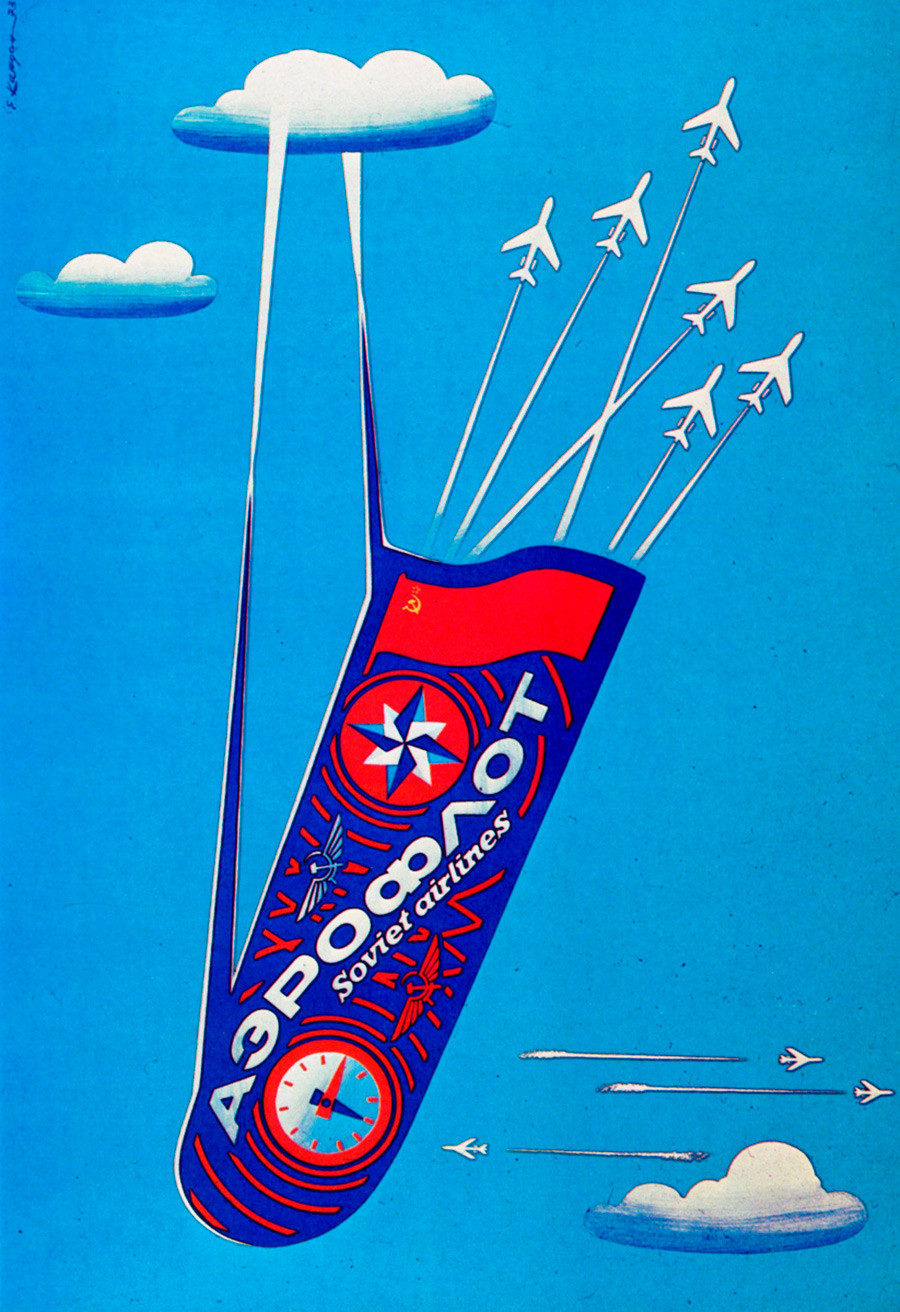 of the first international routes of the Soviet airline was to German Konigsberg (now Russian Kaliningrad), and the first regular internal flights were to Nizhniy Novgorod (400 km southeast of Moscow). Back then, Aeroflot’s Soviet pilots flew German Junkers F-13 planes 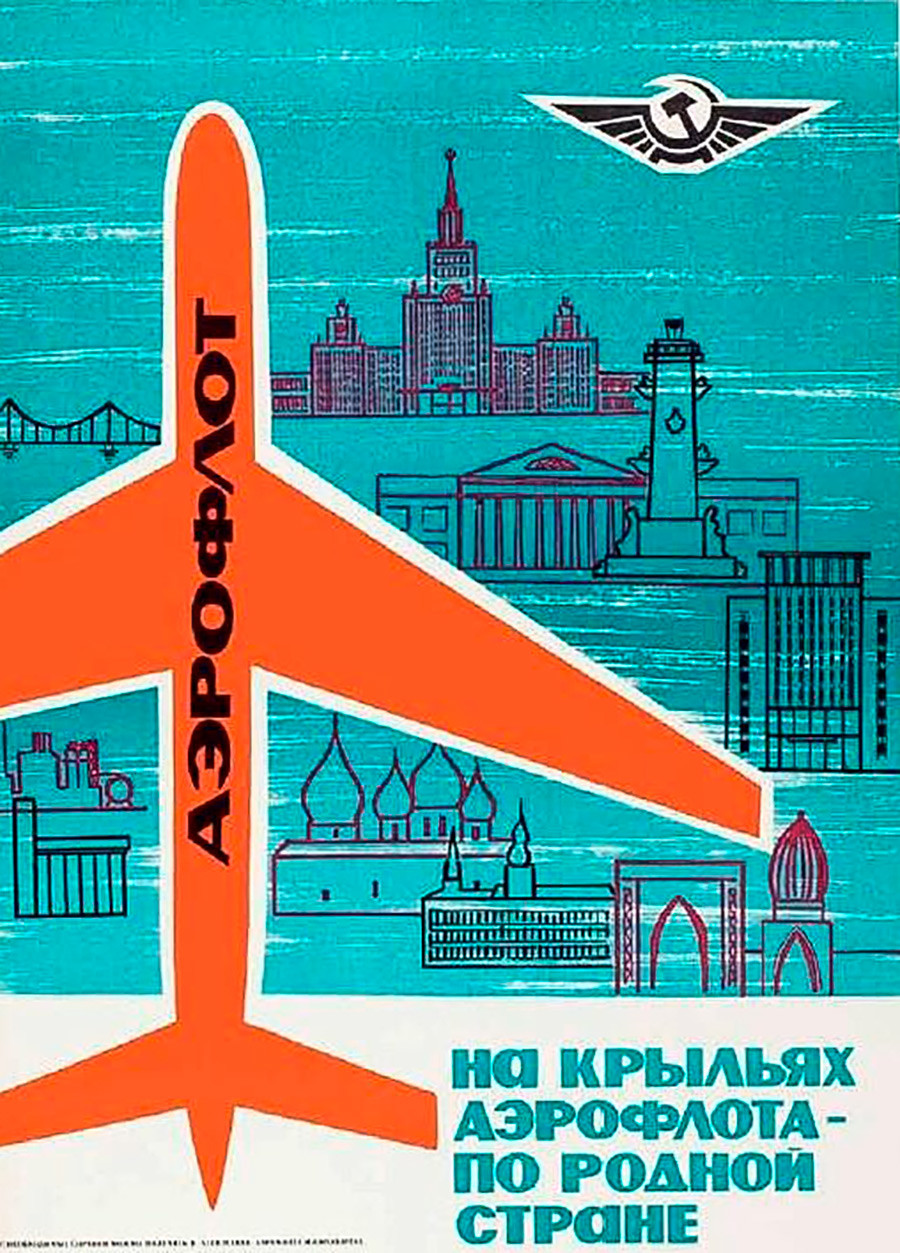 ‘Fly on Aeroflot’s wings through Russia’

, starting from the early 1930s the first Soviet-made airplanes – ANT-9 and K-5 – were put into action. The first passenger airport was opened in Moscow then too. It was one of the biggest in the world and was located close to the current Airport subway station 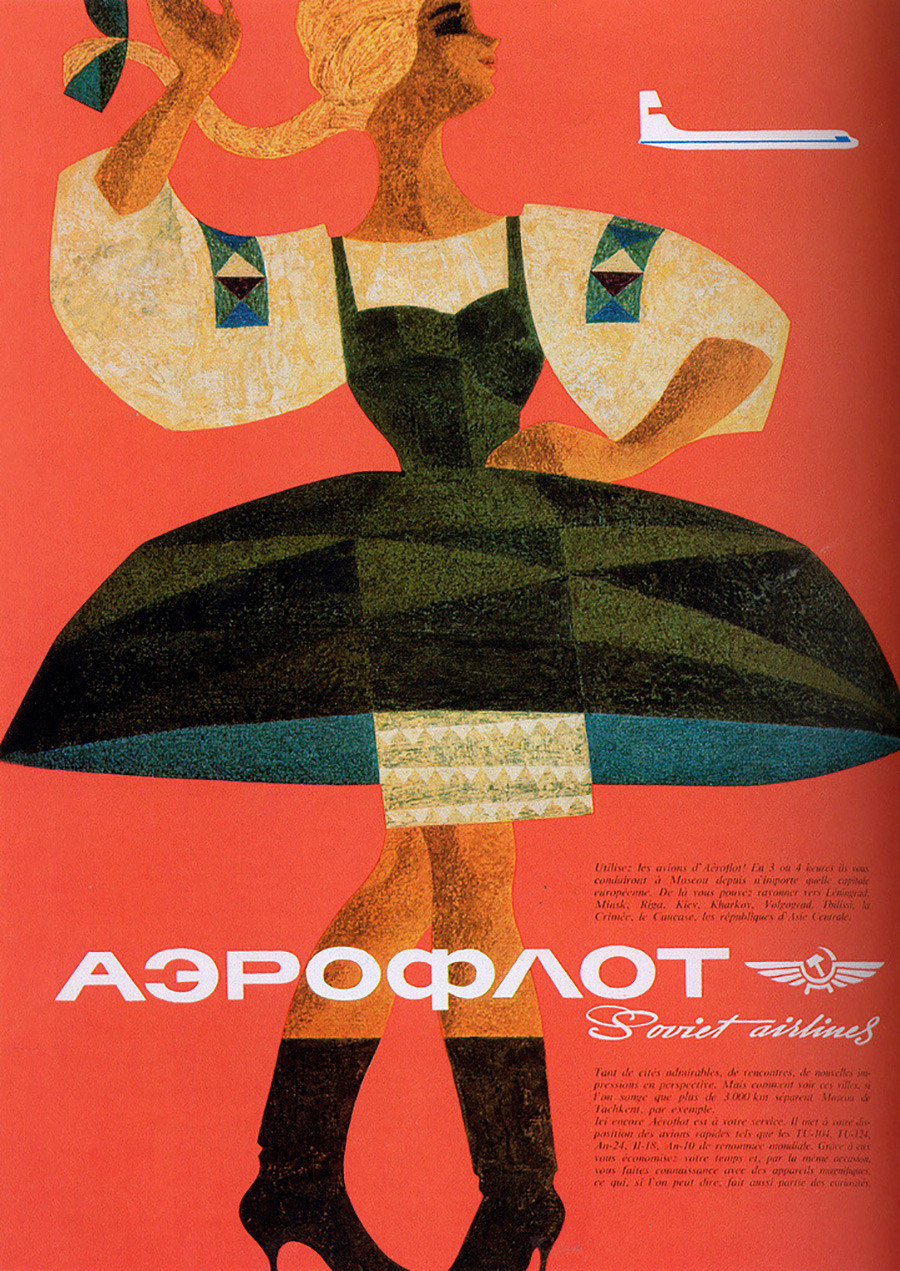 first air hostesses starting working for Aeroflot in 1939, although they were called “dinner ladies.” Landing a job was no easy task though as the entry requirements were strict: “dinner ladies” could not be any taller than 162 cm or weigh more than 52 kg 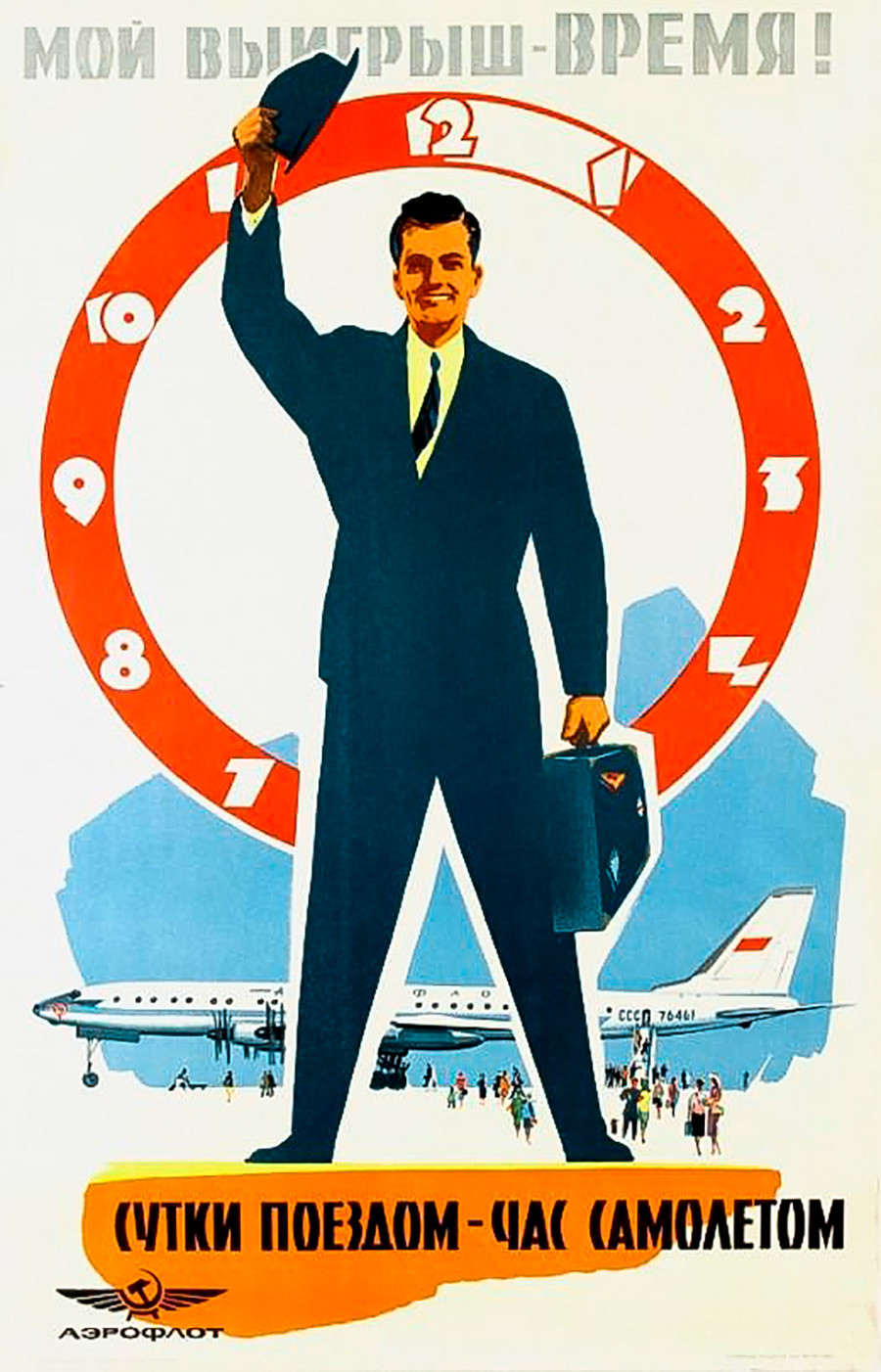 'My profit is time: One day by train, One hour by plane'

started to grow rapidly after WWII. Vnukovo airport in Moscow became the biggest travel hub in the USSR at the time. In 1956, Aeroflot launch the first Soviet passenger jet, the Tu-104. From 1956 to 1958, the Tu-104 was the only jetliner operating in the world when the British de Havilland DH 106  Comet (the world’s first passenger jet) was grounded because of safety issues. 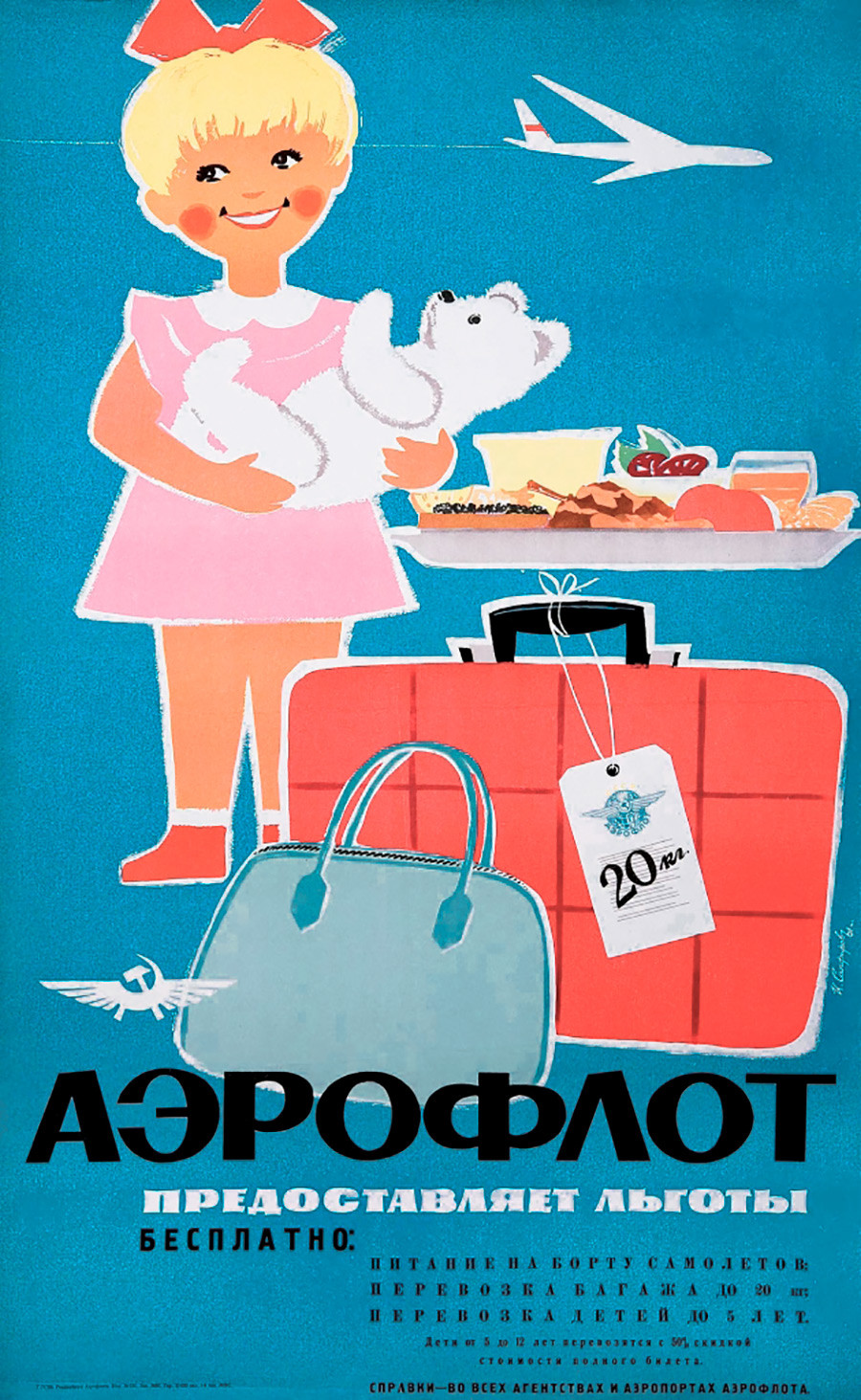 In the late Aeroflot set another record when its Tu-114, the world’s biggest passenger airliner, was put into service. Later, it was replaced by another iconic Soviet plane – the Il-62. 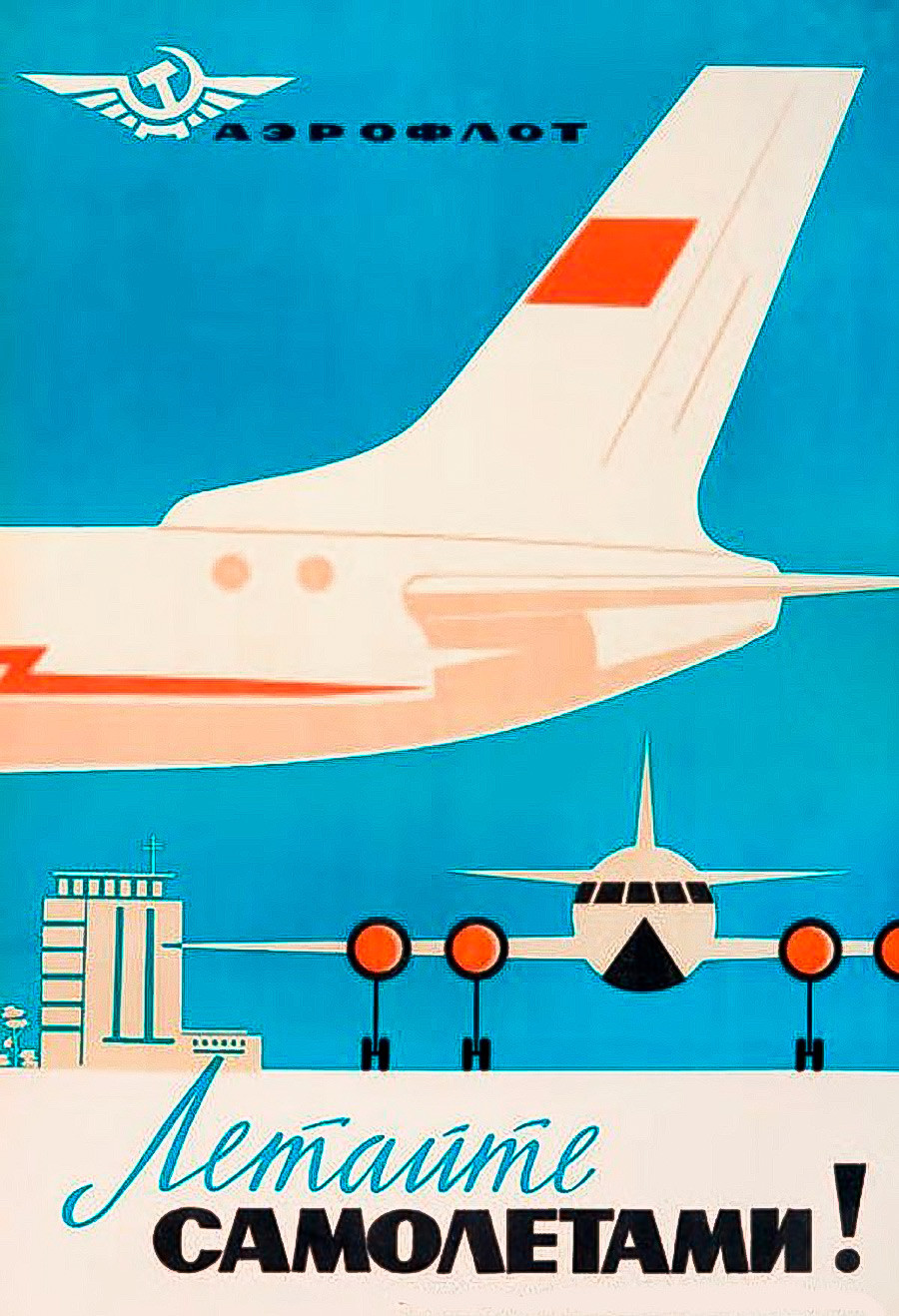 In 1960 the Advertising and Information Office of Aeroflot was set up. Around the same time a popular slogan was created – “Fly Aeroflot!” There were a lot of jokes about it as there were no other airlines in the USSR so it was impossible to fly with other companies. However, the message behind the slogan was to convince passengers to use planes over trains, Aeroflot’s main competitor 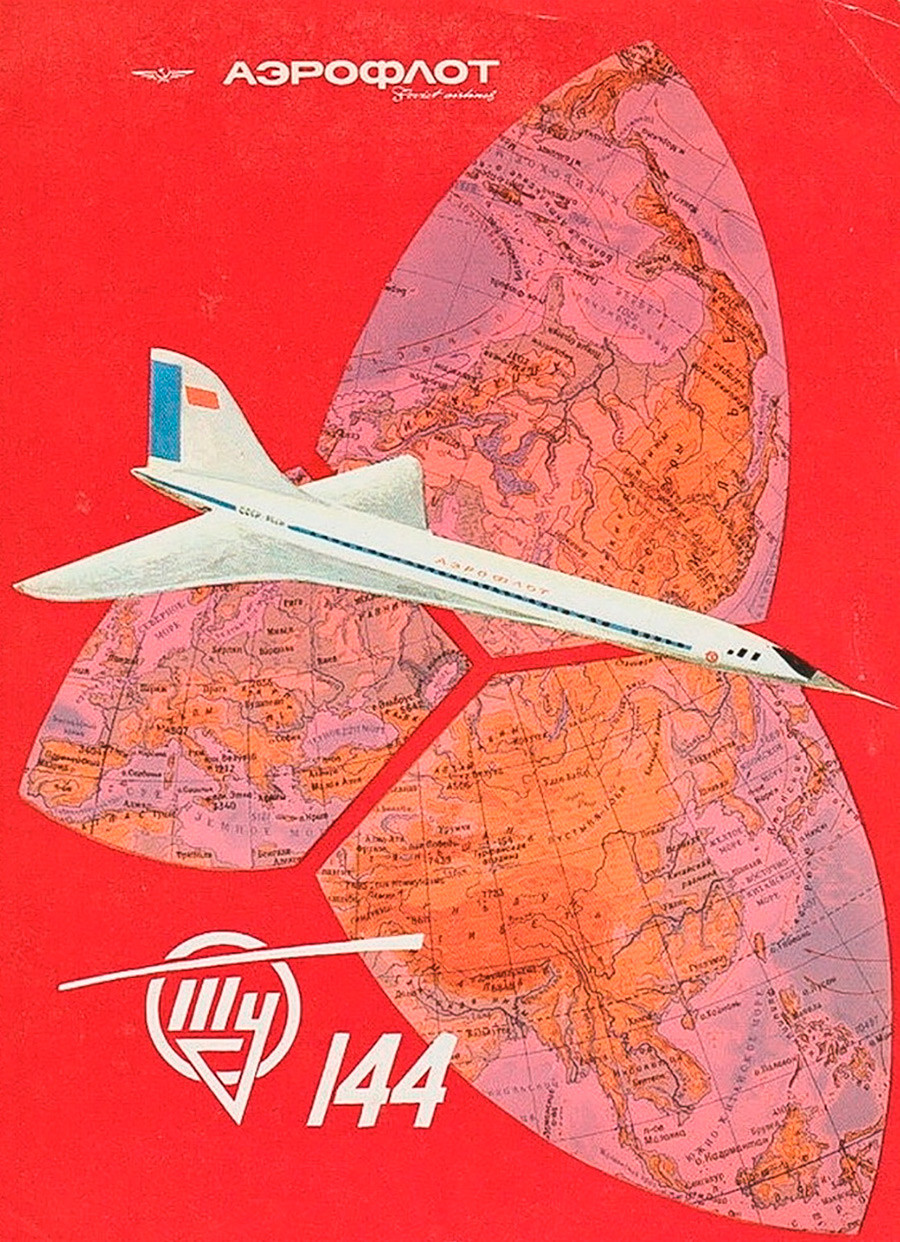 Aeroflot had the largest number of planes compared to any other airline at its disposal – more than 2,000 – from the Antonov An-2 “corn crop duster” to the supersonic Tu-144 (the world’s first supersonic passenger plane). 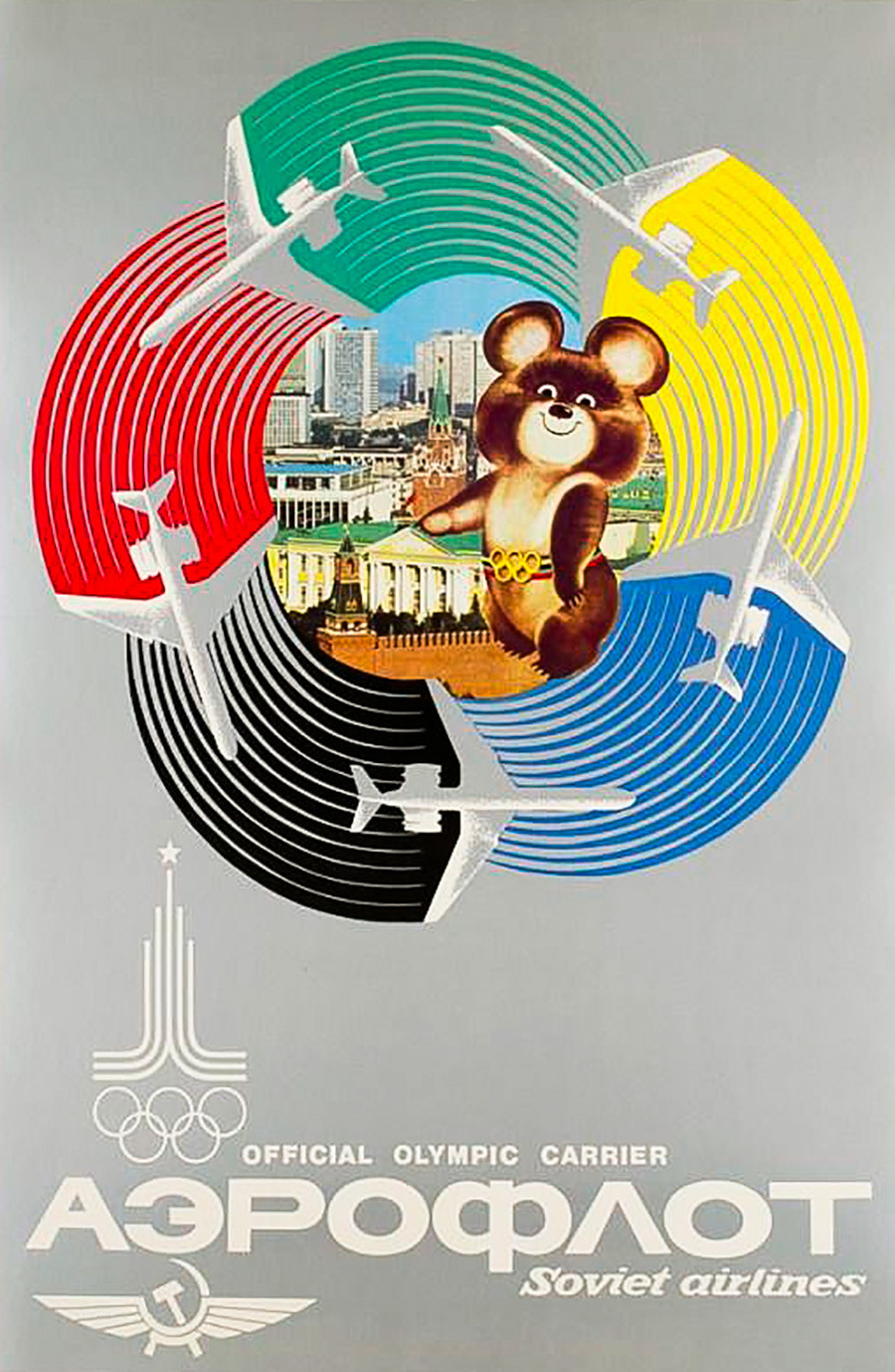 In 1980 Aeroflot became the official Olympic Carrier during the Moscow Summer Olympics. Aeroflot featured in a number of international movies, including the classic 2001: A Space Odyssey and Soviet-Italian co-production Unbelievable Adventures of Italians in Russia 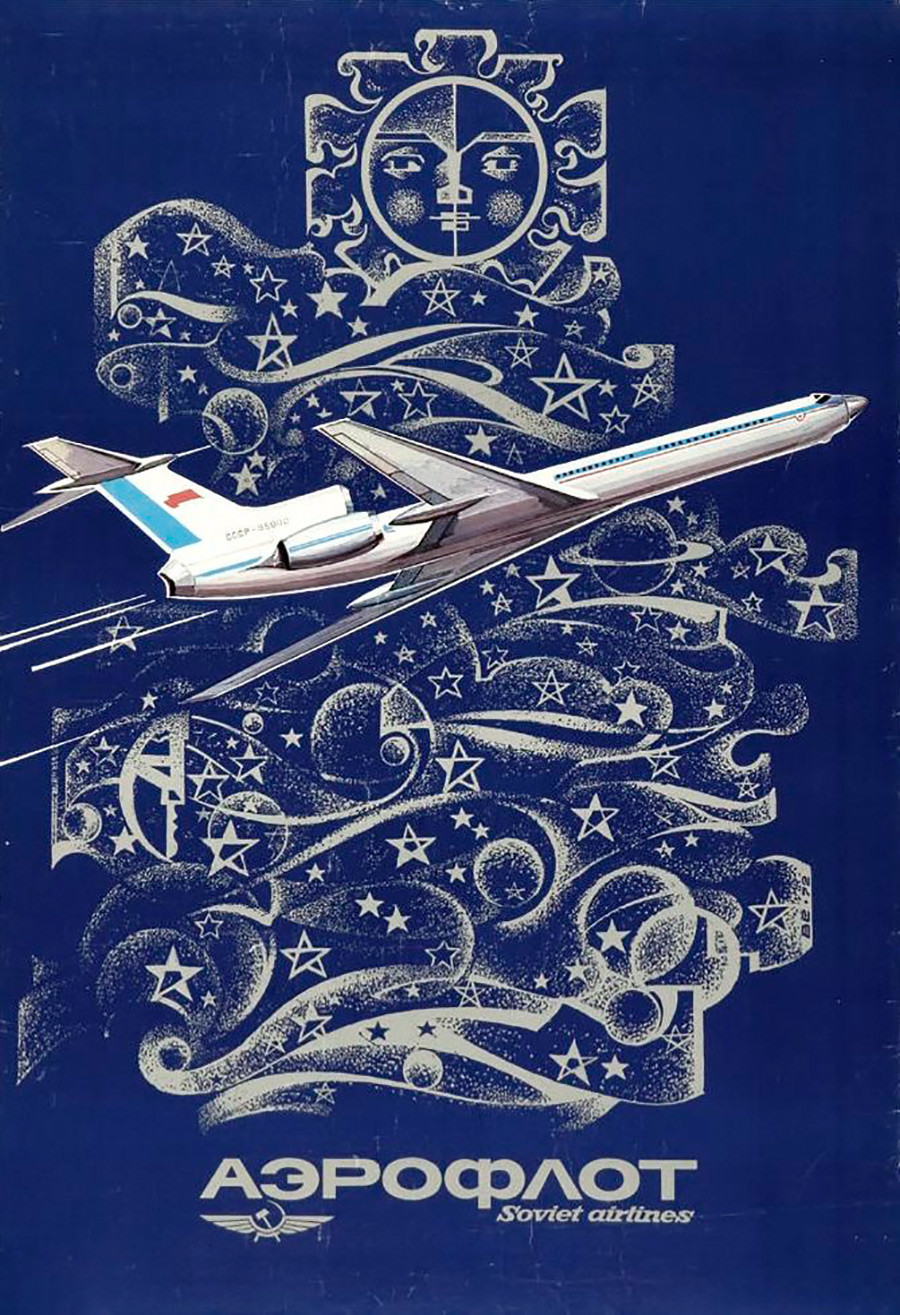 the 1980s Aeroflot flew more routes than it does today and carried 120 million passengers per year. This record remains unmatched –  it was the world’s biggest airline 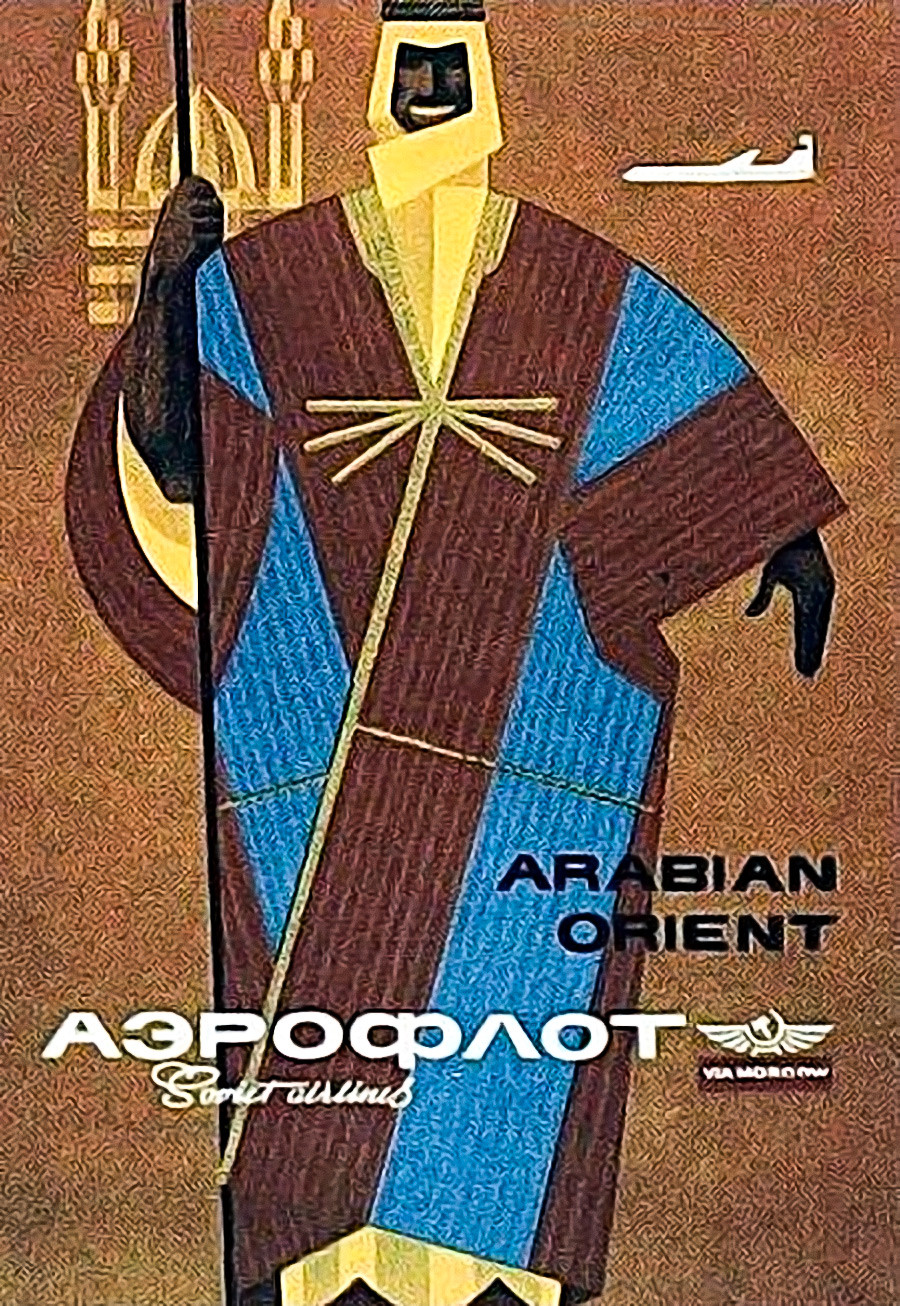 once flew along the longest route in the world stretching 18,000 km via Moscow-Rabat-Havana-Lima-Santiago. 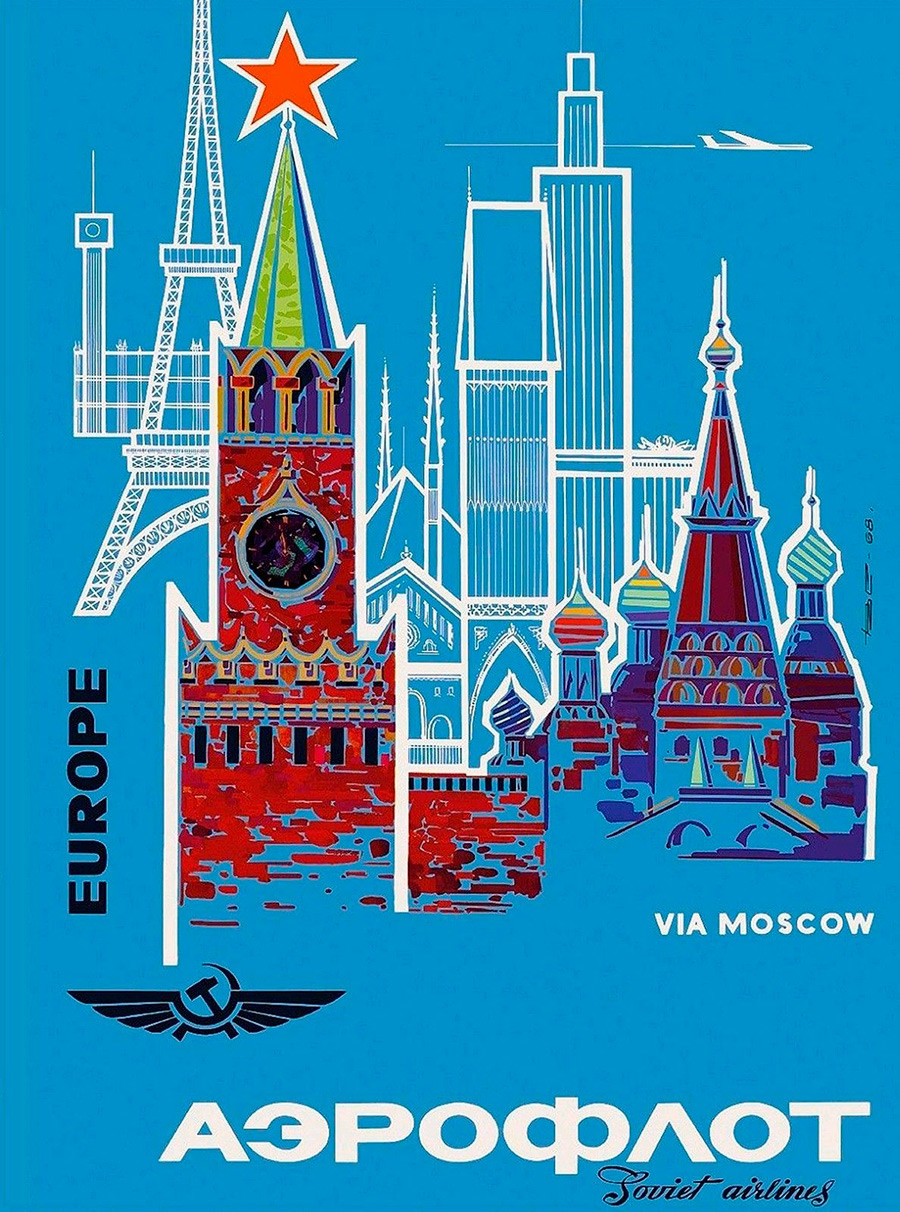 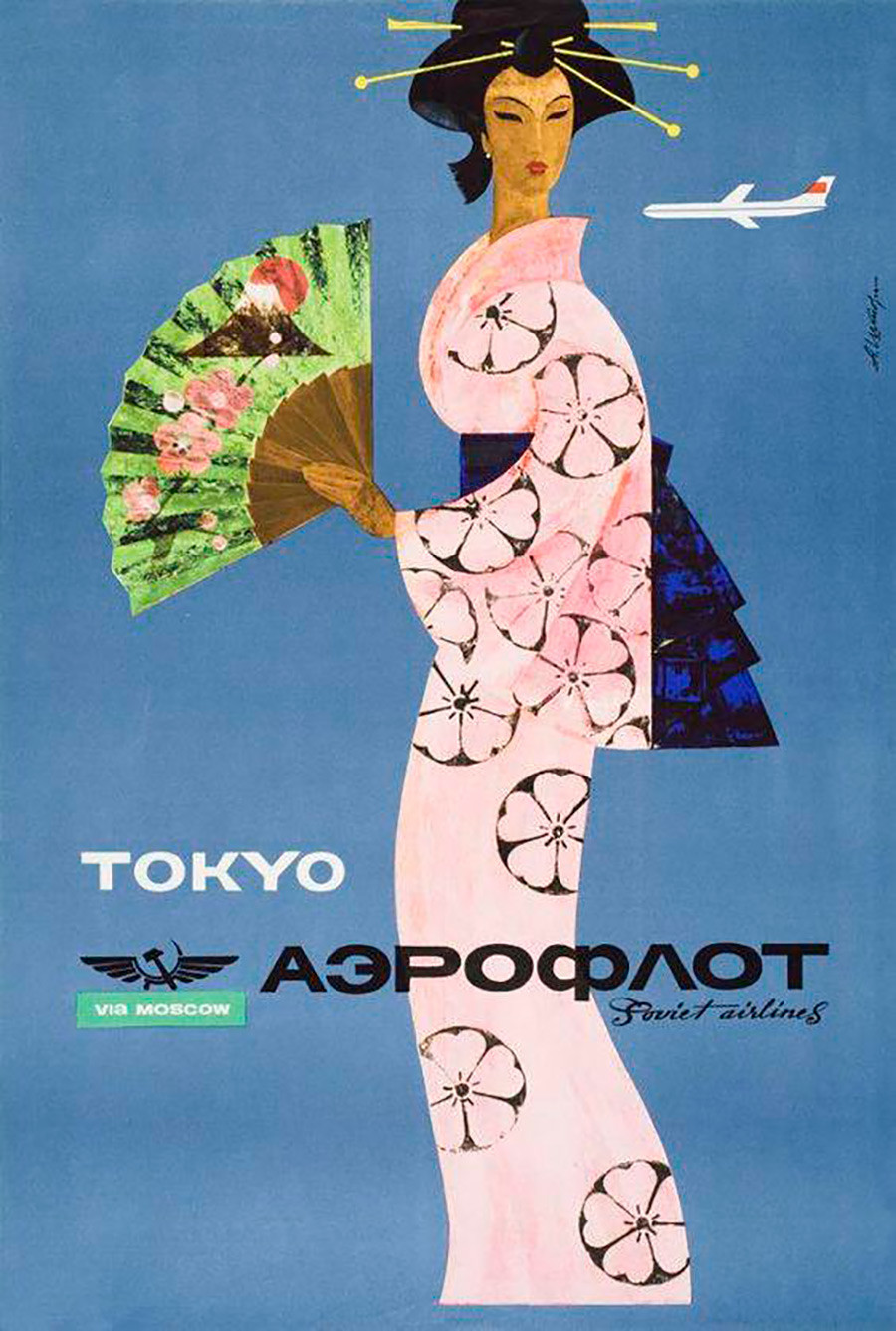 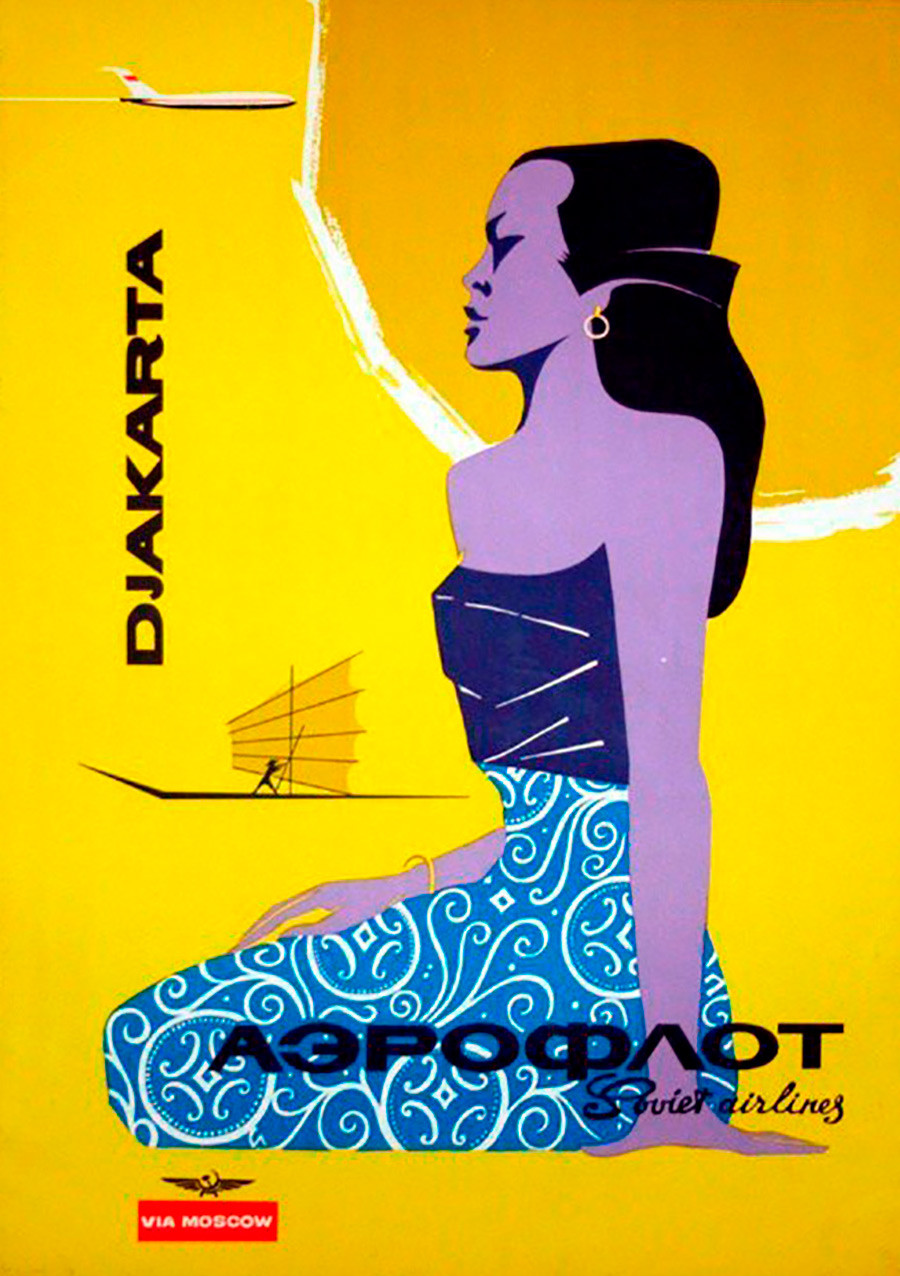 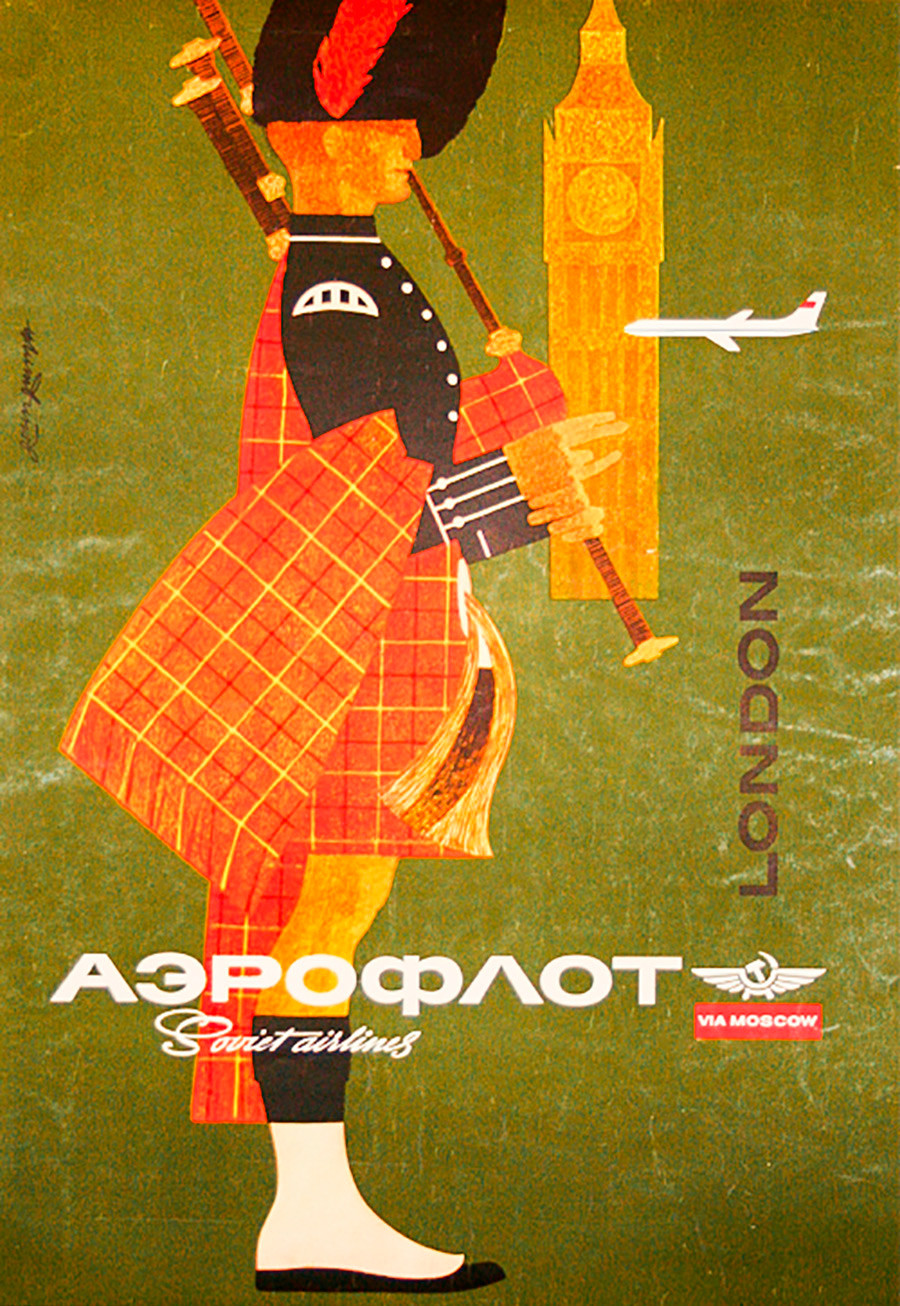