Beauty in the skies: Why only pretty women work for Russian Aeroflot 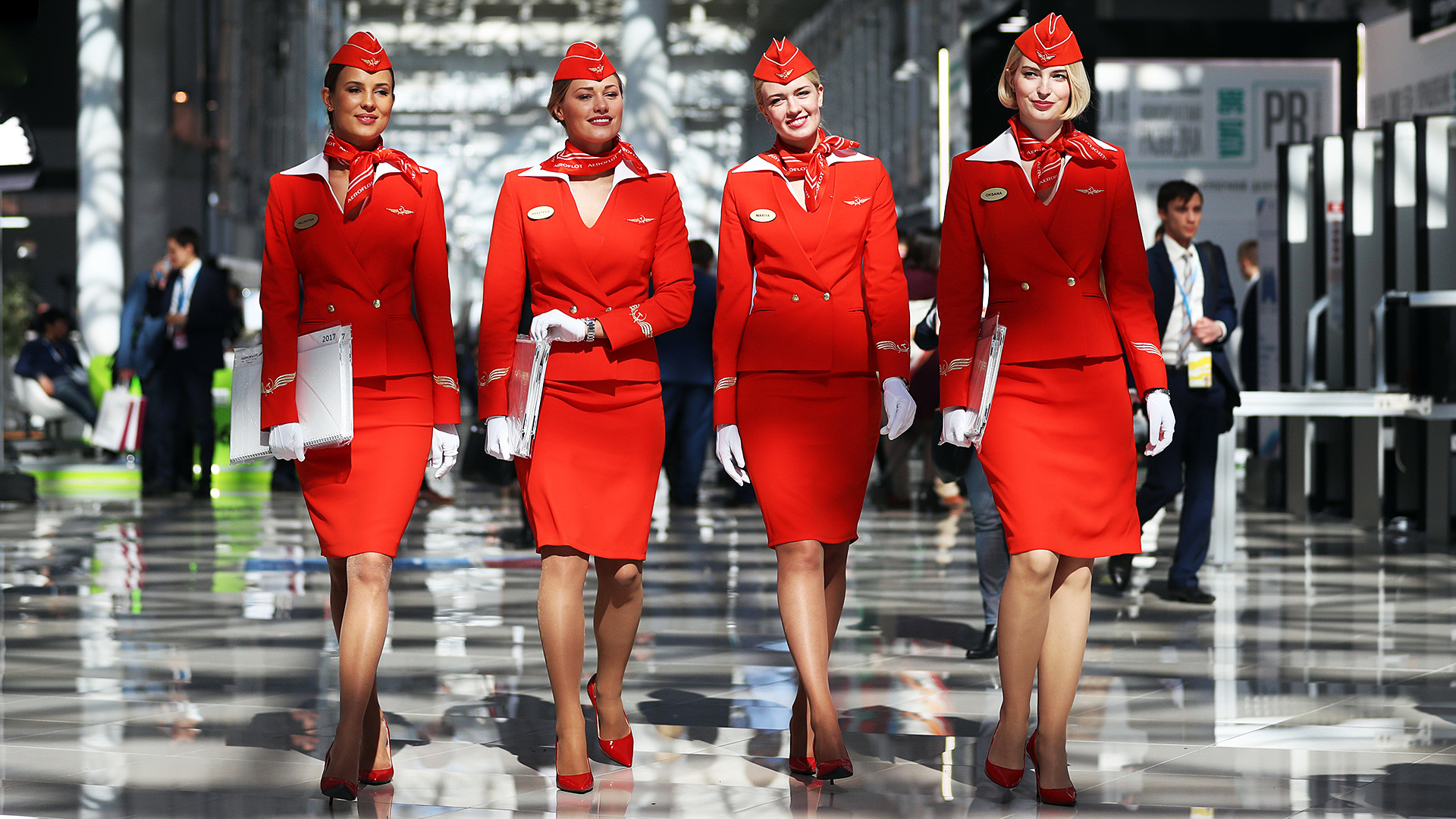 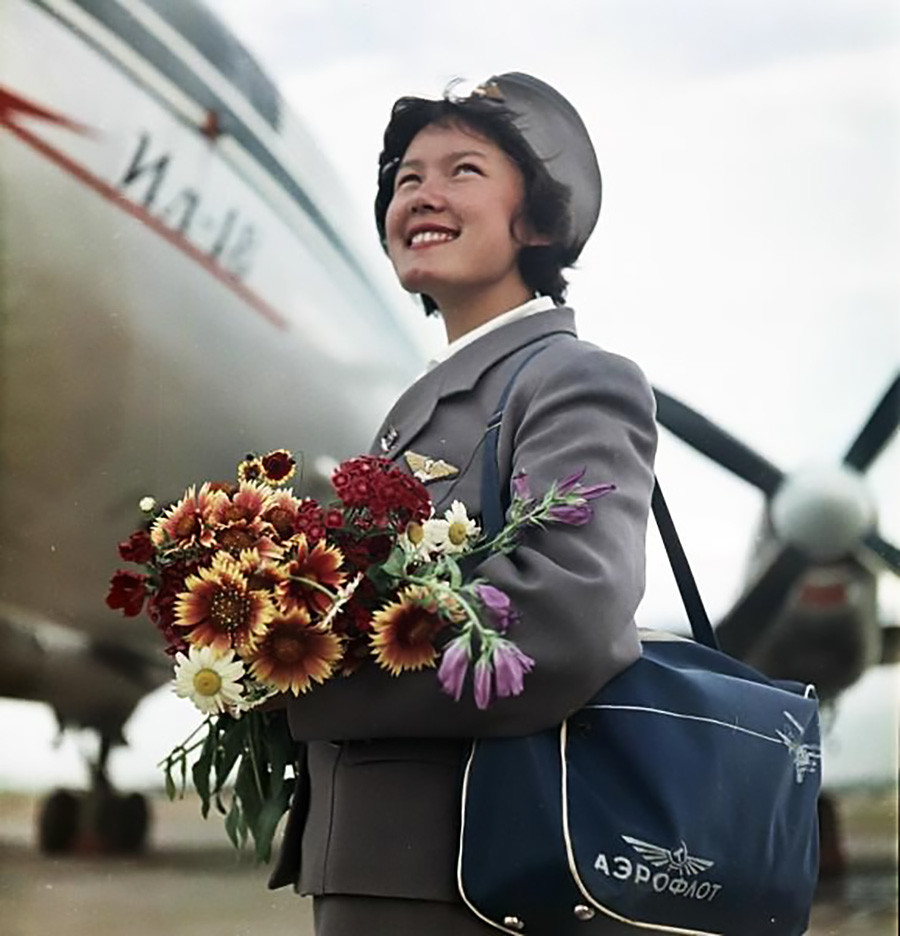 While Aeroflot was established in 1923, it was only in the 1930s when flight attendants were hired. To apply, a woman had to be single, fighting fit, no taller than 162 cm tall, and no heavier than 52 kg. 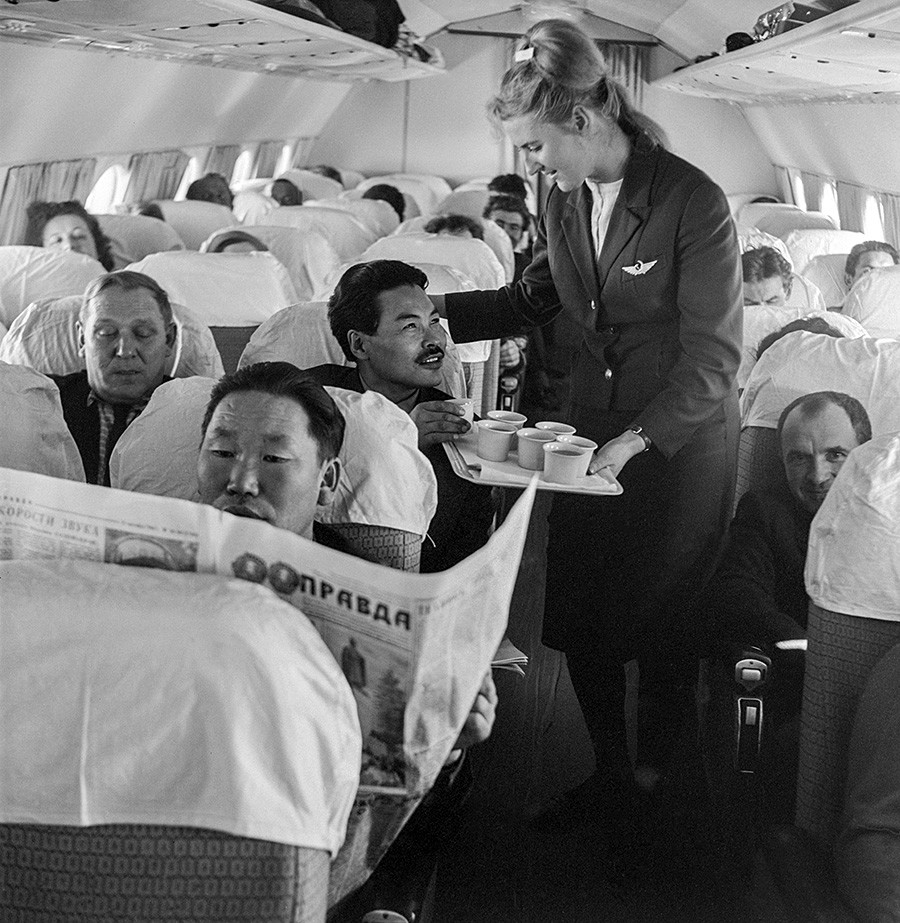 The first flight attendants did not only cater to the needs of the passengers and plane crew, but were also responsible for purchasing and delivering products. 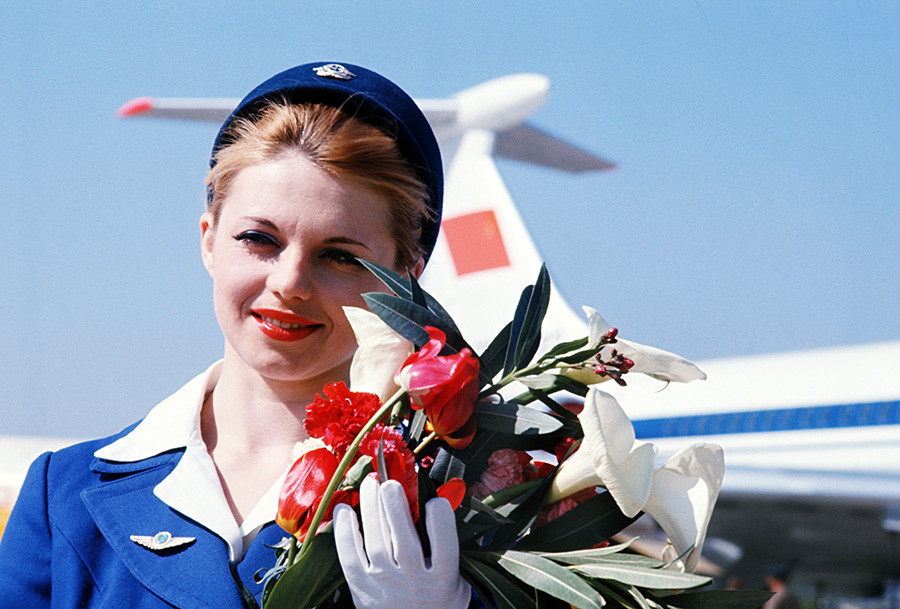 Like today, back then flight attendants were the face of the Aeroflot. As it’s a national airline, they also represented Russia, so their appearance and attitude could influence tourist’s impressions of the country before they arrived. 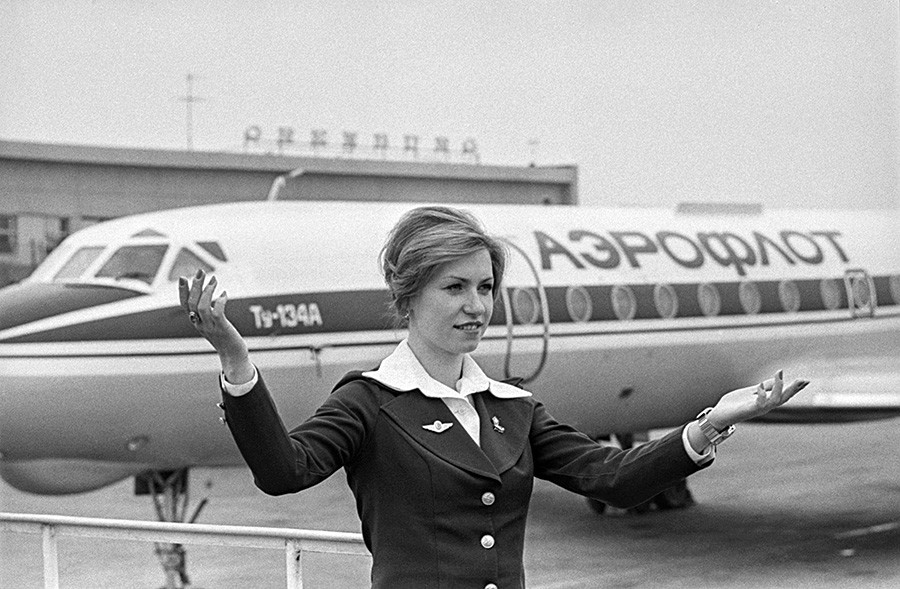 Recently there was a scandal in Russia over Aeroflot’s policy of giving preferences to skinny female applicants. After several women sued the company for discrimination, two received compensation. In September, Moscow City Court recognized that Aeroflot's requirements for flight attendants were illegal and the women received just 5,000 rubles ($86) as a settlement. 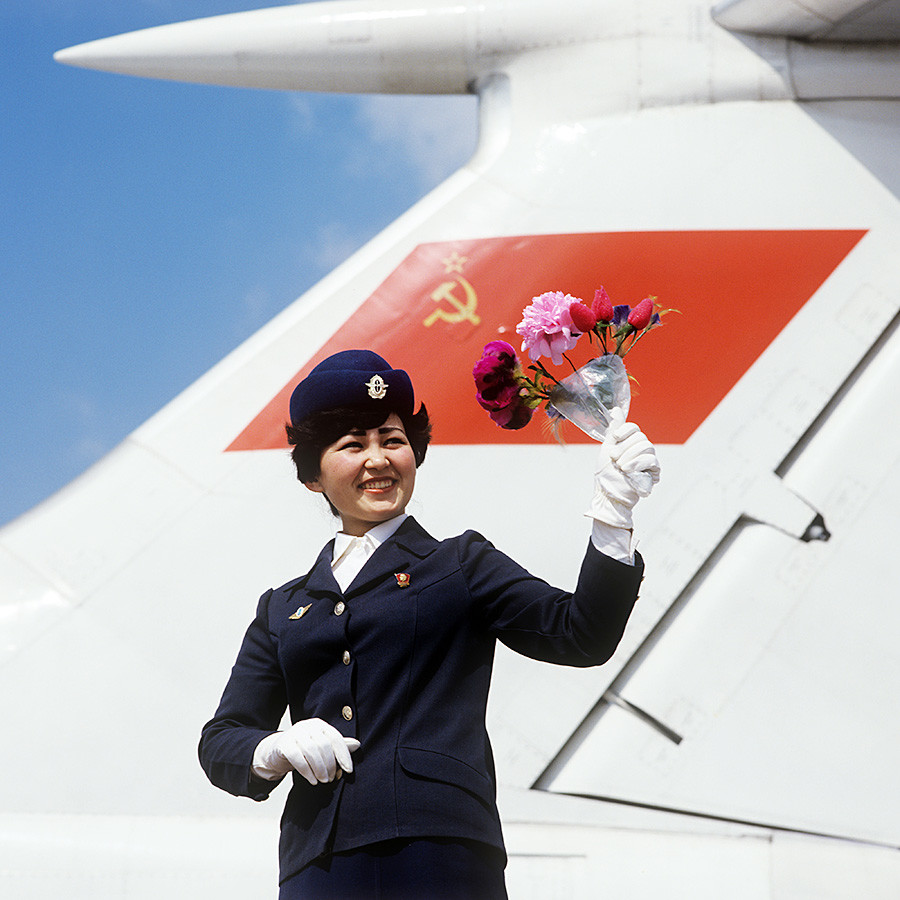 Aeroflot even carried out a poll among its clients: It turned out that 92 percent of respondents agree that flight attendants should be attractive while 82 percent said carrying “extra weight” might affect the way they act in emergency situations. 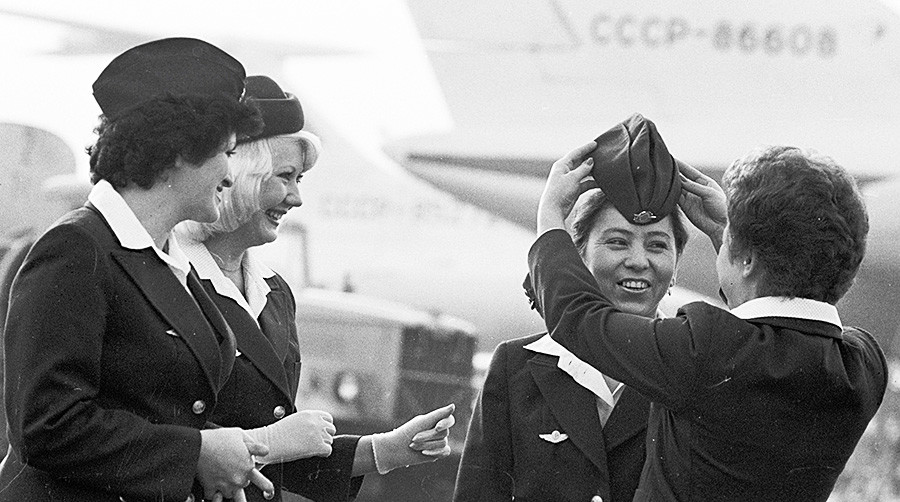 It’s not as easy task looking impeccable while catering to everyone’s needs. Some passengers can be very demanding! 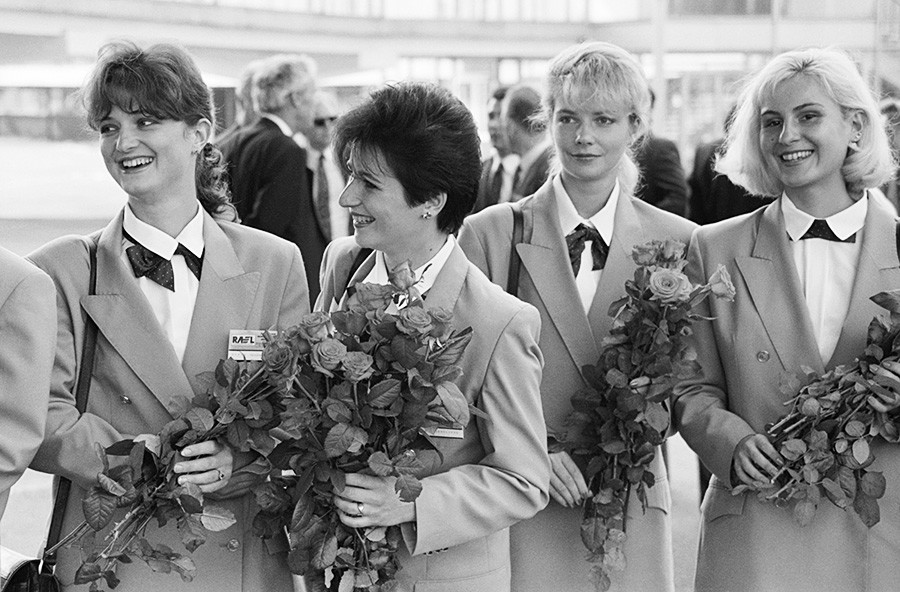 In 1991 Aeroflot opened its own educational center to train professionals in the aviation industry, including flight attendants - who are prepared for any situation. 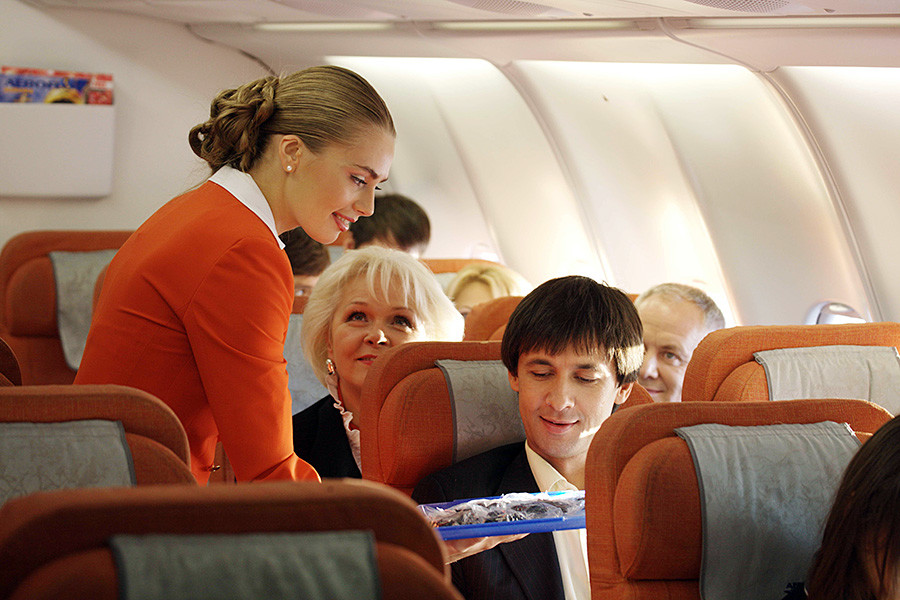 They do not only learn how to serve clients, but also how to deal with aggressive passengers and ensure safety on board. The crew should be ready for everything from helping the passengers to get out of a burning plane to someone giving birth. 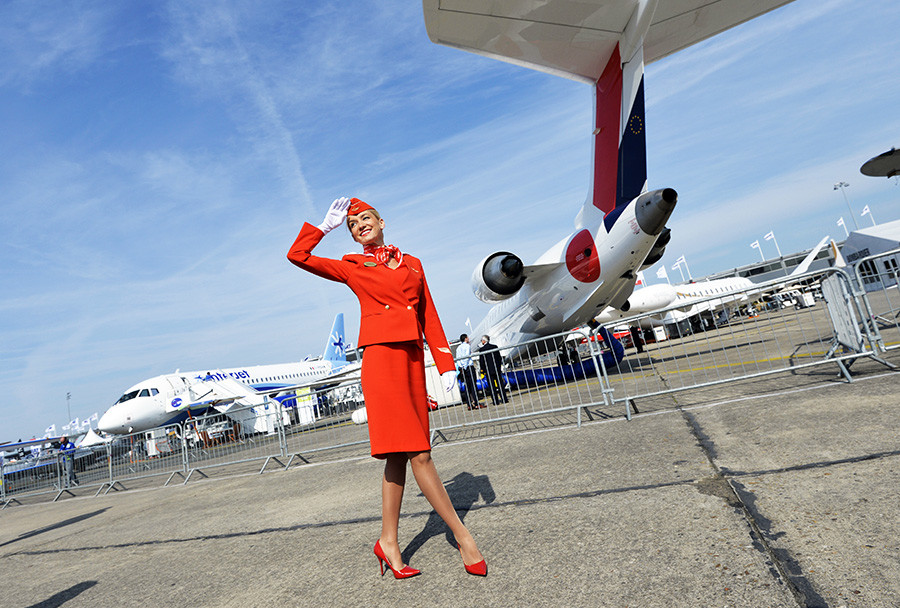 “Flight attendants should be attractive and confident because this calms the passengers,” aviation school employee Tatiana Titova told Russian TASS News agency. “We have requirements for everything: Jewelry, hairstyle, and makeup.” 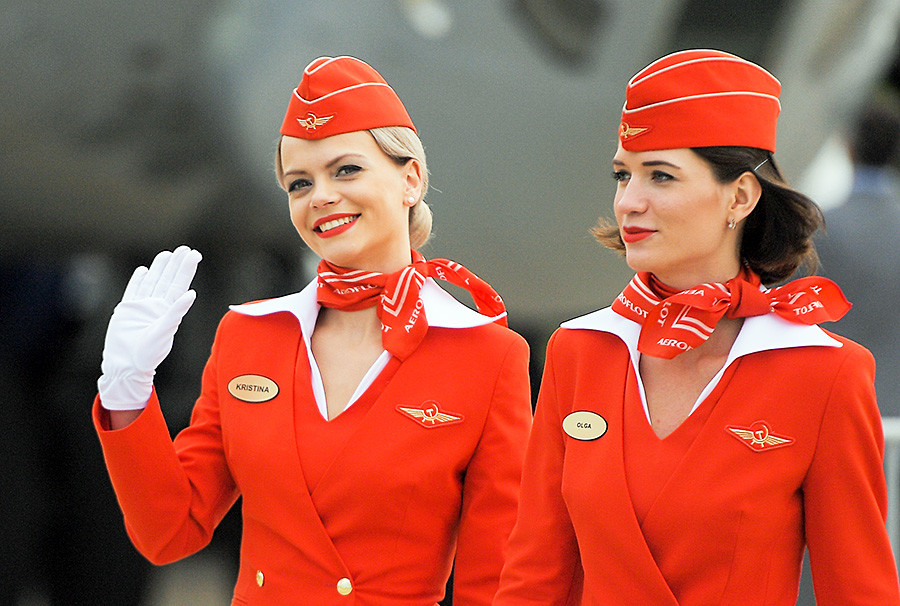 Working as a flight attendant is similar to being a performer. “We always need to look our best,” Titova says. 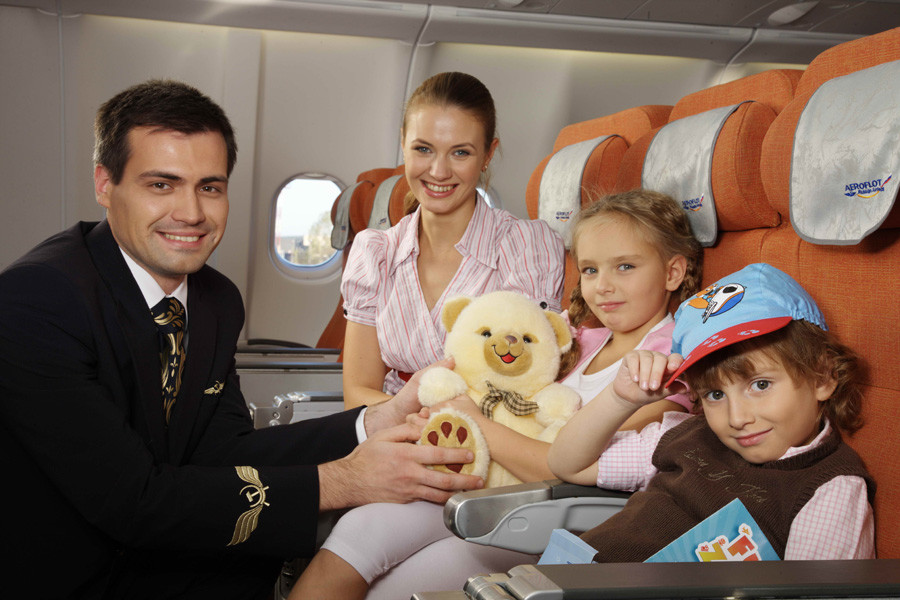 While the overwhelming majority of flight attendants are women, men are also welcome to apply. They need to go through the same training and be physically fit. On Aeroflot's Aviation School website, prospective male candidates are required to be between 170 and 185 cm tall and between size 46 and 54.