How did the Russian army fight alcoholism? 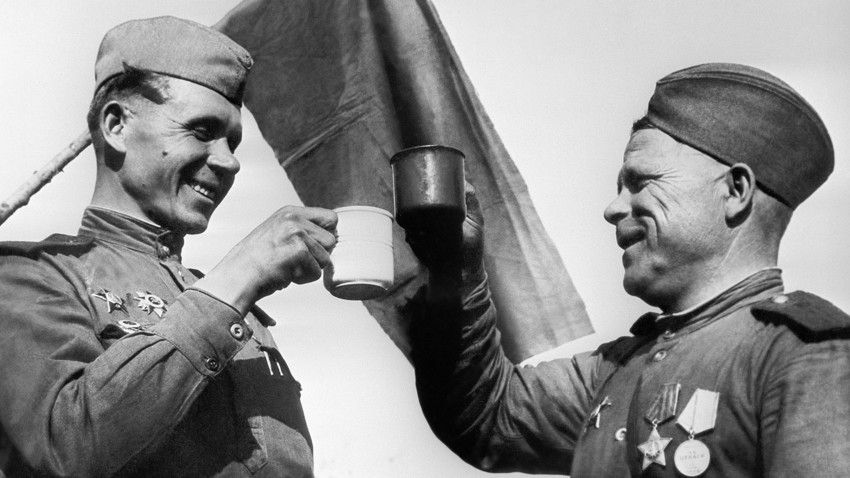 TASS
In Hollywood and European movies Russian troops are often depicted as a disorganized horde of drunks. How close is this image to reality?

In the recent American-Turkish movie “The Ottoman Lieutenant” (2017) we see how during WWI an Ottoman officer secretly infiltrated a stronghold captured by the Russian army. There he found masses of blind drunk Russian soldiers who even couldn’t stand up straight because of the booze.

Such impression of the Russian army is common for Hollywood, but is very far from reality and simple logic: how could Russian troops fight effectively, capture enemy strongholds and win if they were a horde of undisciplined drunkards

doubt, booze has always played a significant role in Russian civilization, and in the army as well. But it never (except for revolutionary times) interfered with the capacity of the Russian army to be an effective combat force.

Alcohol wasn’t forbidden in the Russian army in the 18th century. On the contrary, back then it was considered the most effective means to fight disease and epidemics, as well as hunger and cold.

Each soldier daily got two cups of wine or vodka: one in the morning, another in the evening. And his ration included three liters of beer. For outstanding service, a soldier could earn an additional portion of booze.

However, Russian Emperor Peter the Great never allowed his troops to get trapped in a drunken downward spiral. Drunk soldiers were punished with a whip, and drunk officers could be reduced to the ranks. Besides the stick there was also a carrot: if a soldier refused his portion of booze, he got a raise in salary 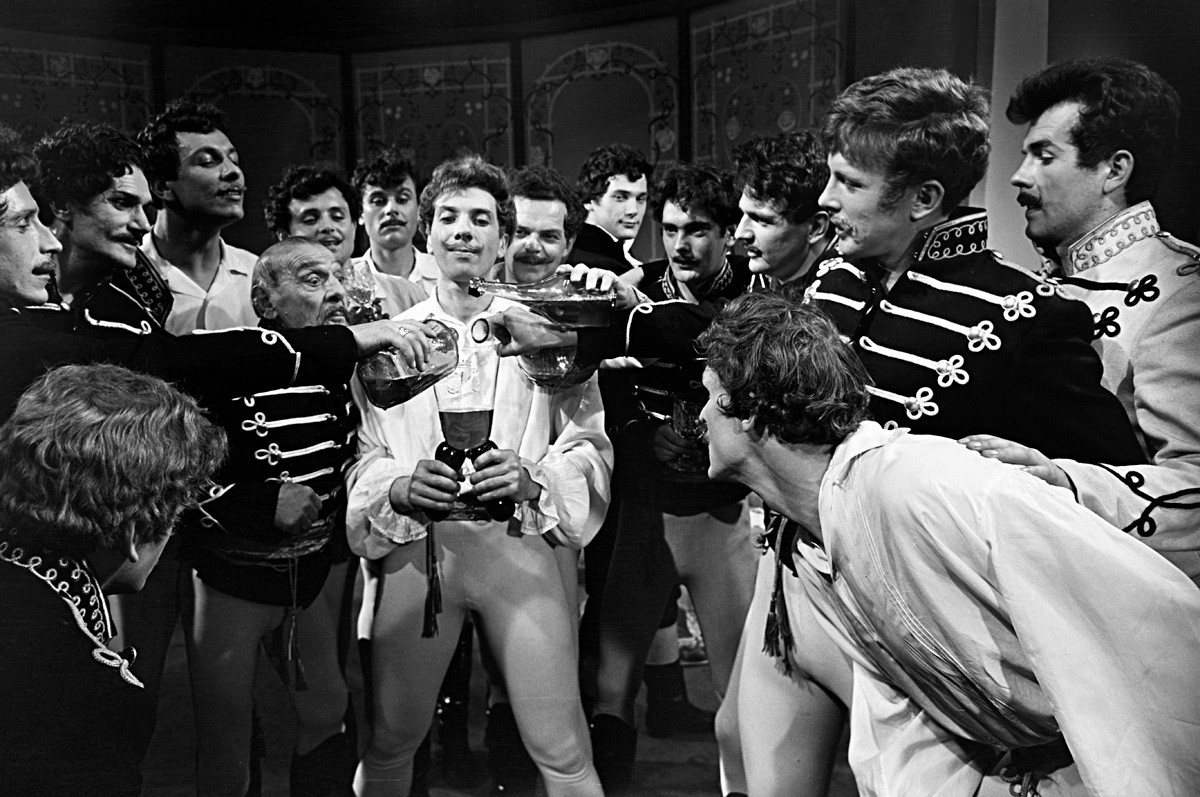 the 19th century, alcohol in the Russian army was strongly associated with the hussars, who were elite light cavalry known for their uncontrolled and carefree lifestyle. It is believed they opened champagne bottles by cutting off the tops with a .

In the hussars drank and switched to vodka when military campaigns began. They even gave their horses hay drenched in vodka to dull the animals’ fear before attacks. However, an attack by a unit of drunk hussars was something to behold.

In the early 20th century medicine reached a proper level, and it became absurd to see booze as the main cure. The state began to fight alcohol dependence in the military: soldiers got only three cups of the booze per week, and attempts were made to replace alcohol with traditional Russian drinks such as kvass and .

During WWI, alcohol was prohibited in the Russian Empire. This act wasn't warmly welcomed by the Russian soldiers. They searched for enemy wine storages during offensives or tried to use eau de cologne as a replacement, which resulted in mass intoxications 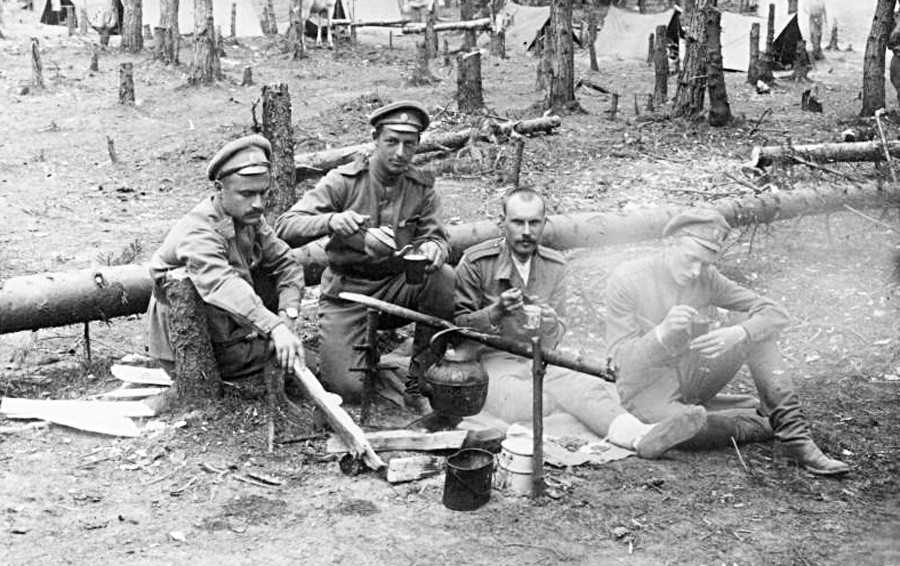 , but inevitably the anti-alcohol campaign started to give results, with overall booze consumption declining in Russia. However, the 1917 Revolution undid all the fruits. The disorganized army fell into of anarchy and alcoholism. It was then that the image of the “perennially drunk Russian soldier” was born.

‘100 grams from the People's Commissar’

The uncontrolled alcohol madness faded away with the horrors of the Revolution and Civil War. There was no place for alcoholism in the Red Army.

During the Winter War between the Soviet Union and Finland, the situation changed. The People's Commissar for Defense (Minister of Defense) Kliment Voroshilov ordered daily portions of vodka (100 grams) for the frost-bitten soldiers to raise their combat spirit. 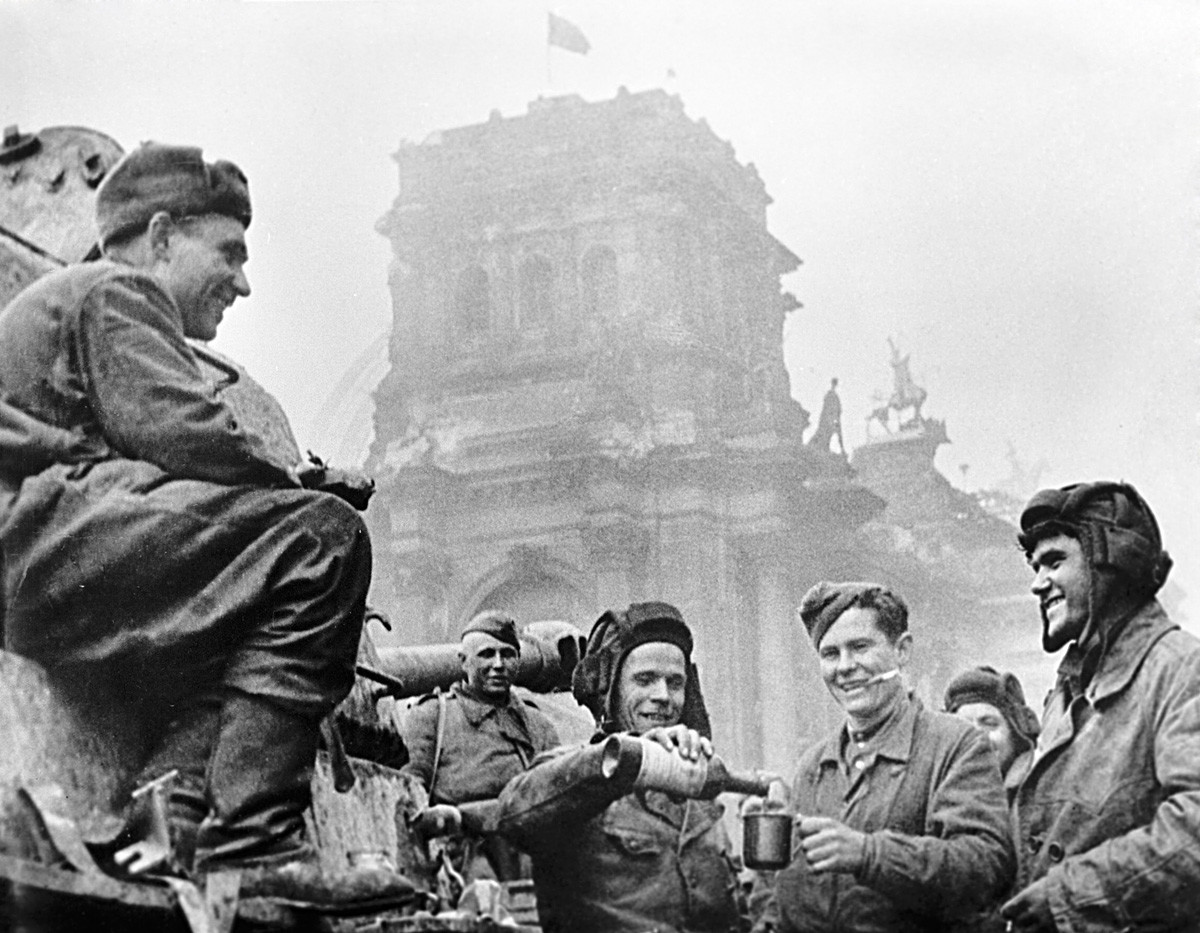 , Stalin wasn't going to make the Soviet soldiers alcoholics. In 1942, the distribution of vodka for common soldiers was abandoned. Only several categories, including pilots and rear workers, kept the right to it.

Alcohol was also given to soldiers before attacks, but others had to wait for major state holidays to receive their 100 grams.

Those who overdid the alcohol could face serious punishment. In some cases, drunk servicemen stripped of their rank were sent to penal battalions “to wash out their shame with blood.”