Why is this WWII submachine gun on every Red Army monument? 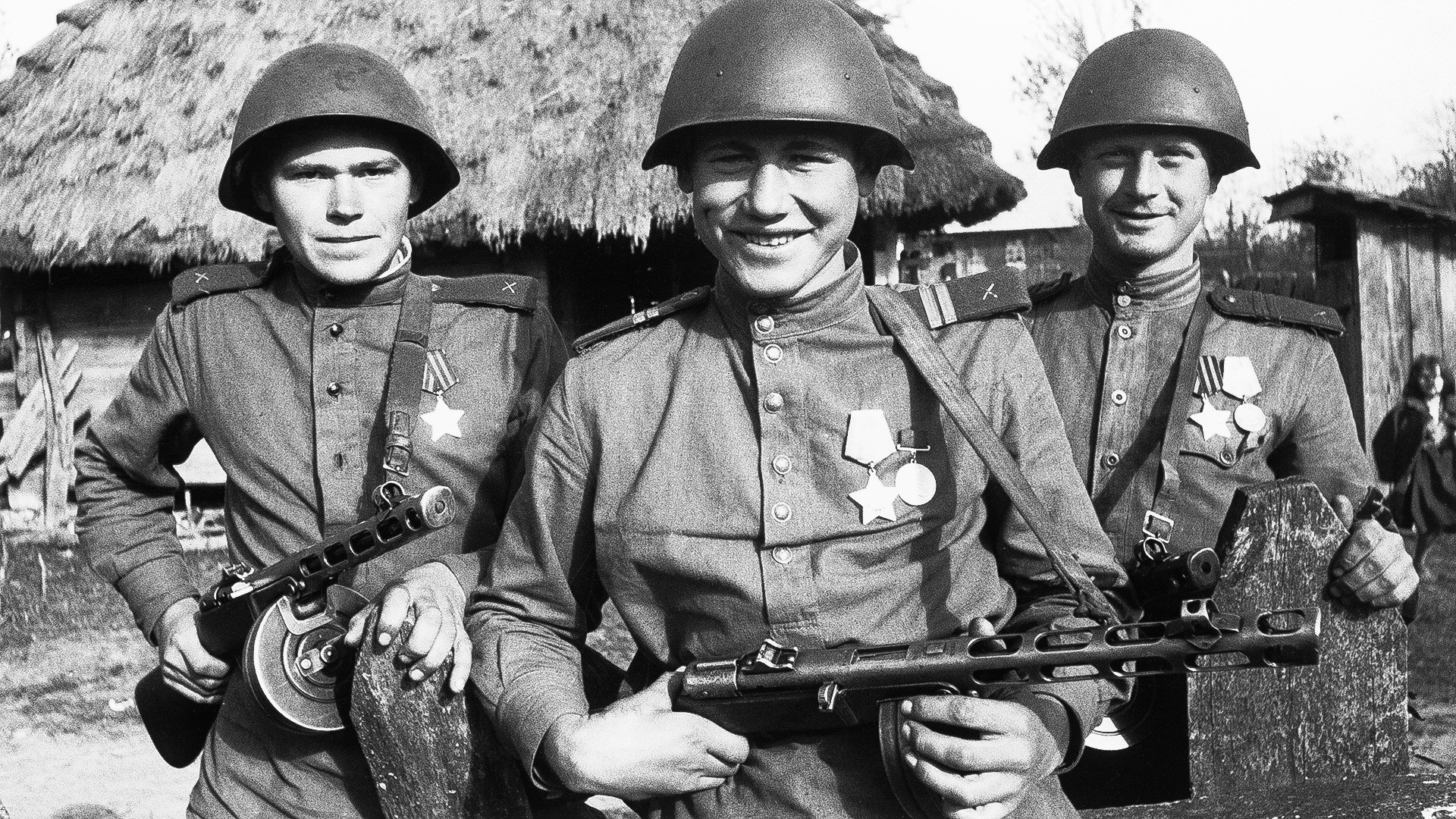 Getty Images
One of the most mass-produced WWII weapons, the Soviet submachine gun PPSh-41 spread worldwide after the conflict ended. It was used at least three times against American troops: in Korea, Cuba, and Vietnam.

In the 1930s, the Soviets saw submachine guns exclusively as a supportive weapon, while the soldiers’ main weapon remained the Mosin-Nagant rifle. Back then, the number of submachine guns (the complex and costly Degtyaryov machine pistol (PPD)) in service was insignificant. 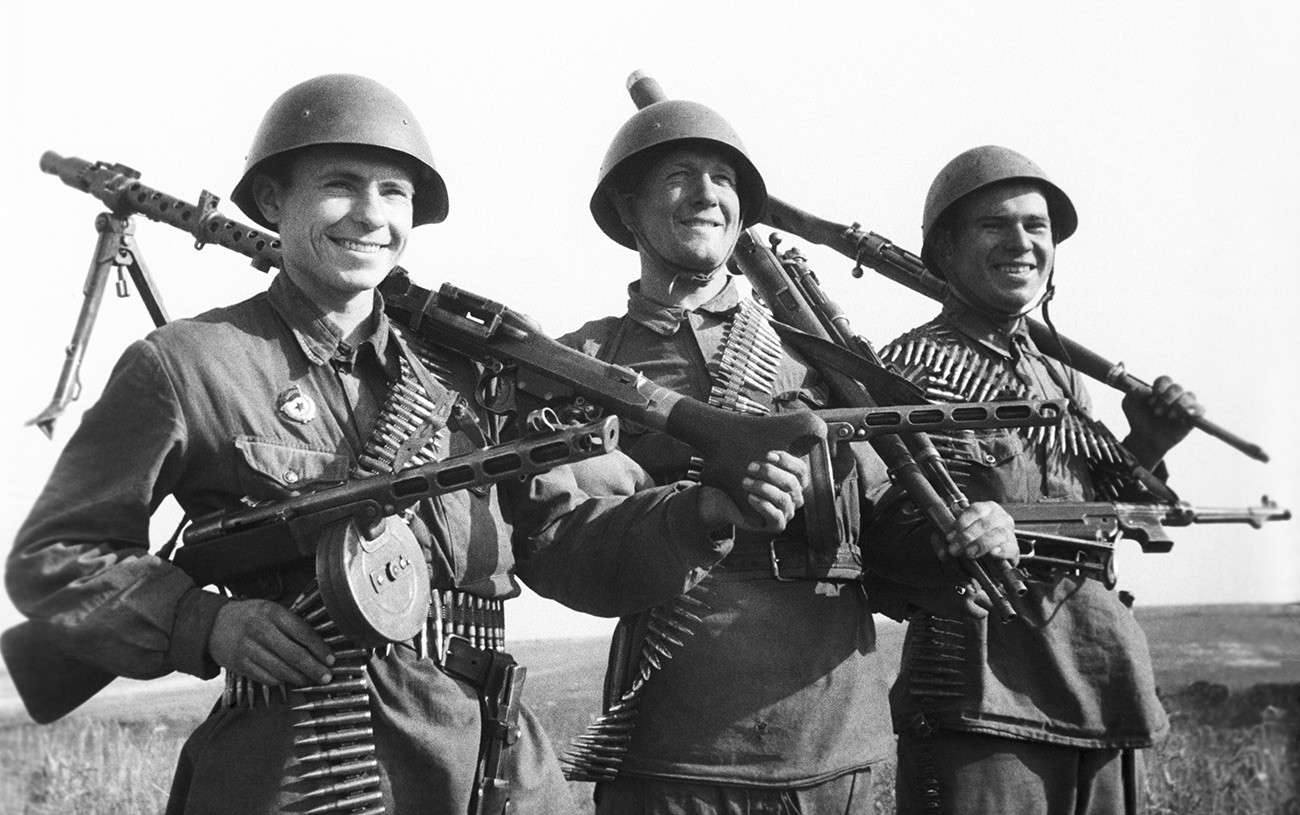 However, the effective use of the Suomi KP/-31 submachine gun by Finnish troops during the Winter War showed the Soviets that this type of weapon was the future. 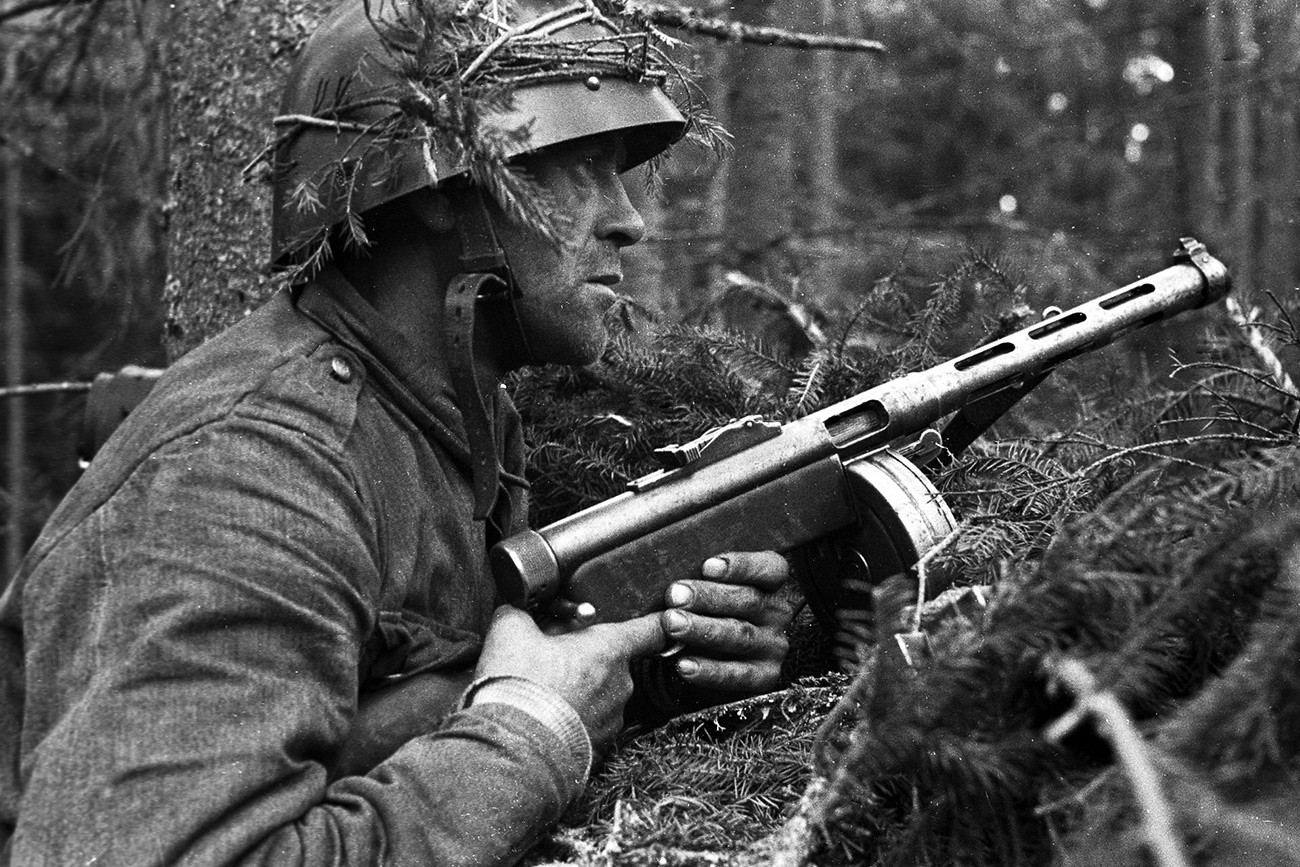 As a result, the cheap and effective Shpagin machine pistol was invented. It was adopted by the Red Army on Dec. 21, 1940 as -41, although its mass production started only in late 1941. 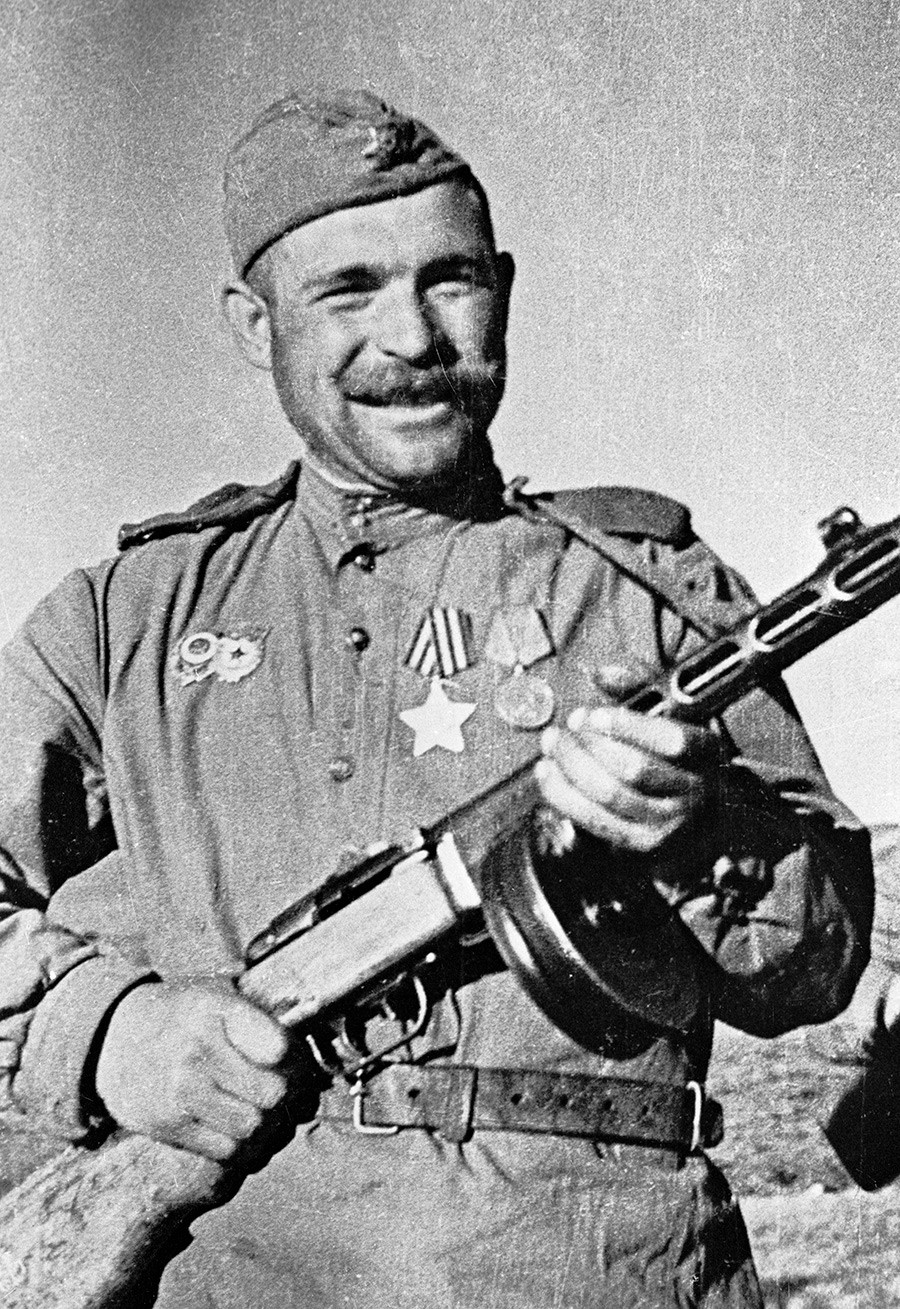 The PPSh-41 was often called “Papasha” (“Daddy” in Russian) by soldiers, since its three-letter acronym sounds similar. 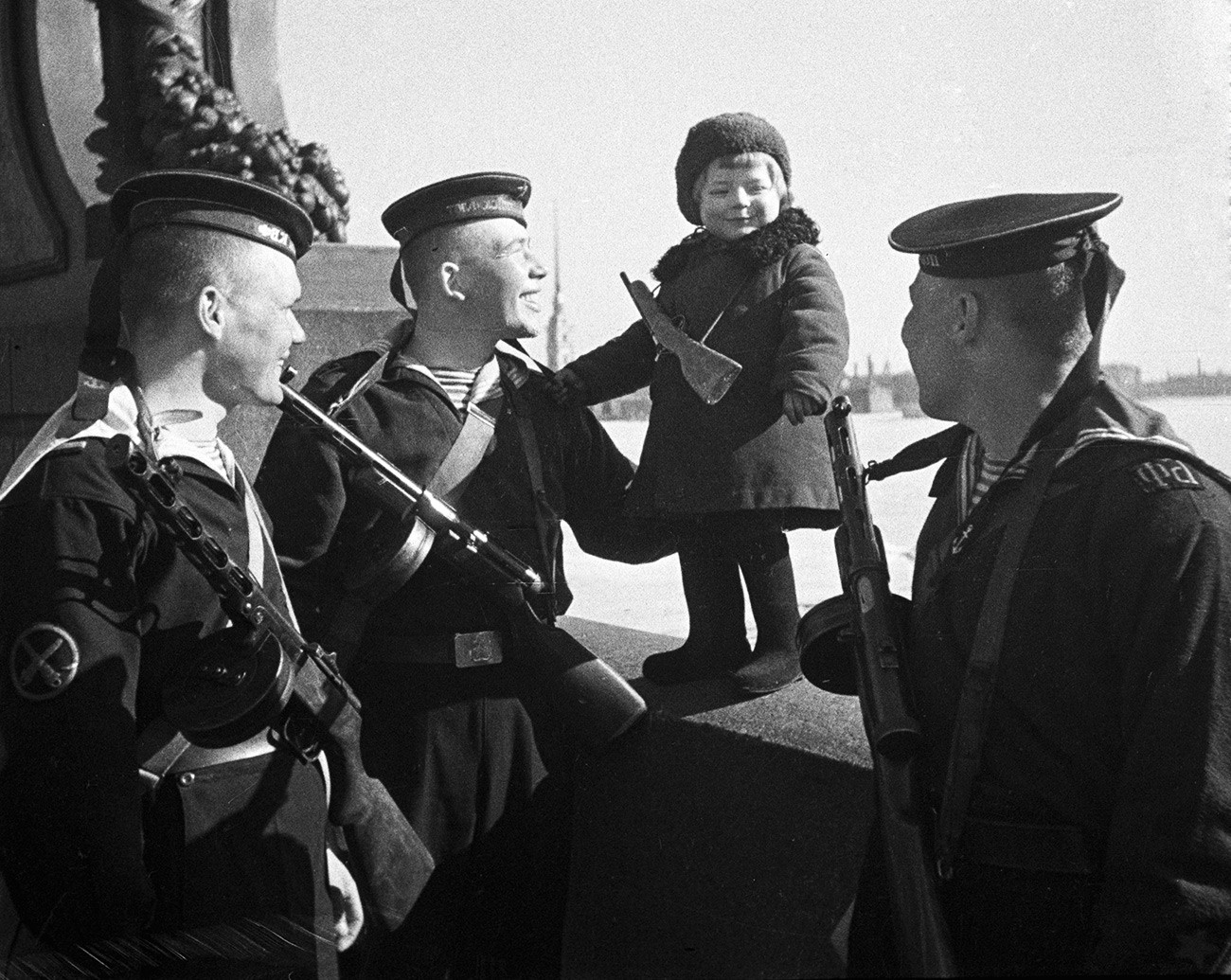 With over 5 million units, the PPSh-41 was the most mass-produced submachine gun of WWII. For comparison, just over 1 million German MP-40 submachine guns saw the light of day. 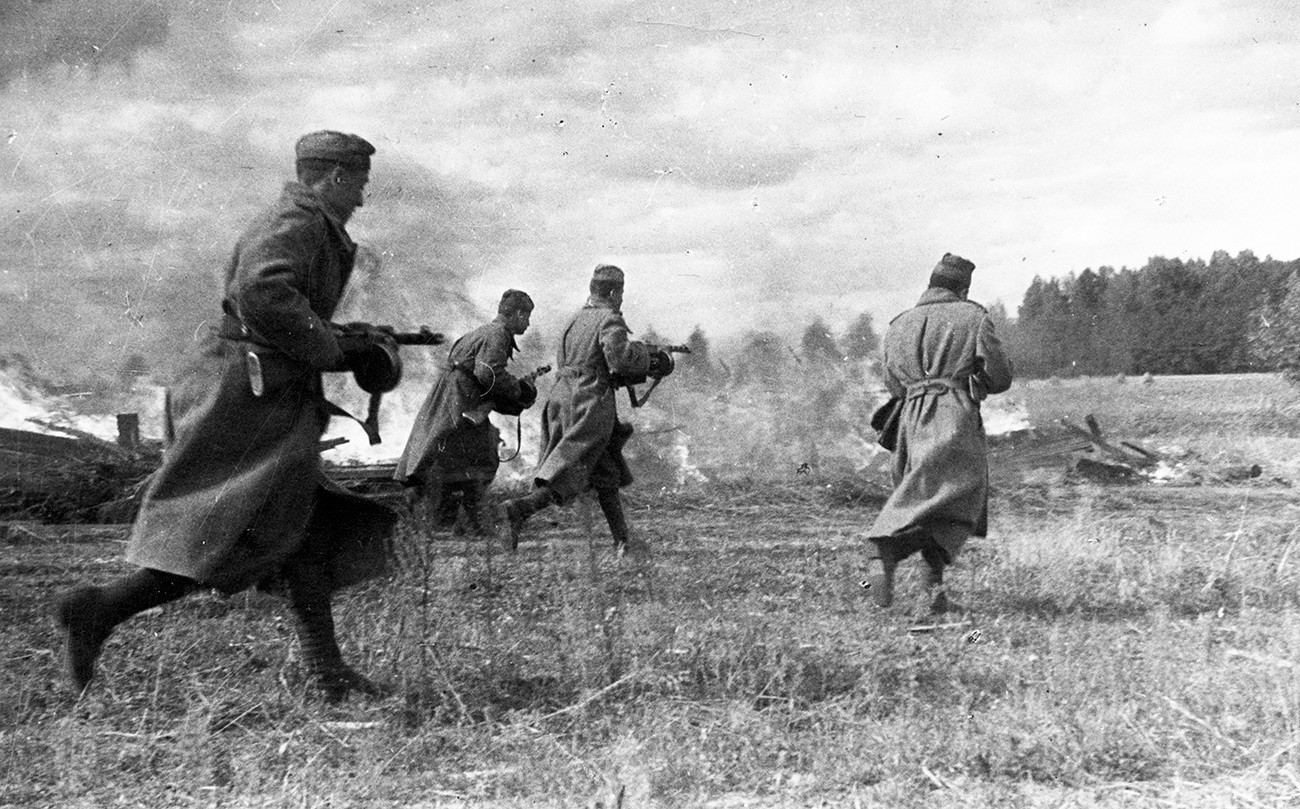 The Germans also liked the PPSh-41, and actively used them as trophy weapons. Not only that, over 10,000 captured Soviet submachine guns were converted to German standards: from 7.62mm to 19mm. 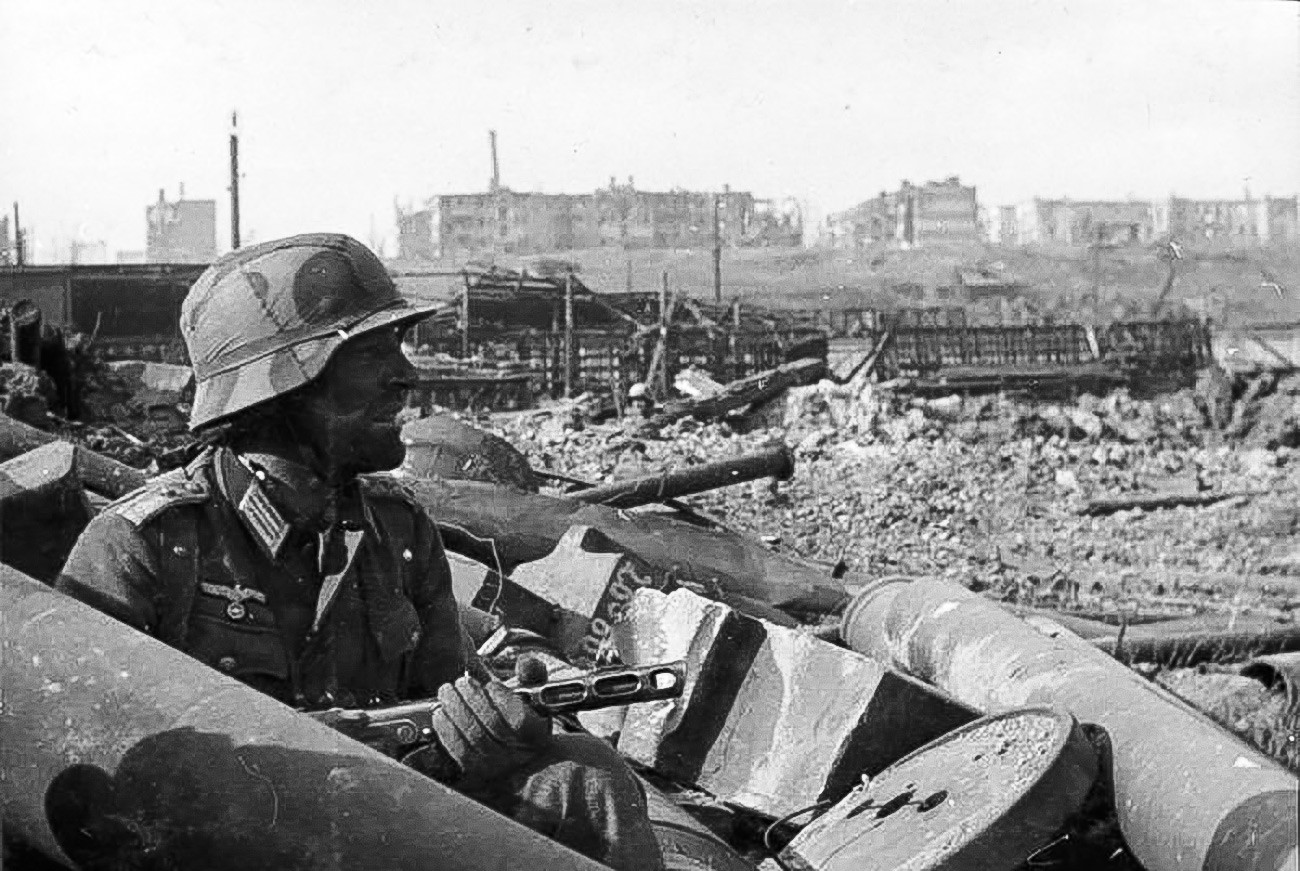 Only one in ten German soldiers was armed with the MP-40 submachine gun, while others used Mauser 98K rifles. That’s why captured PPSh guns became a good supplement for the German soldiers. Besides, it outclassed the MP-40 in terms of firing range. 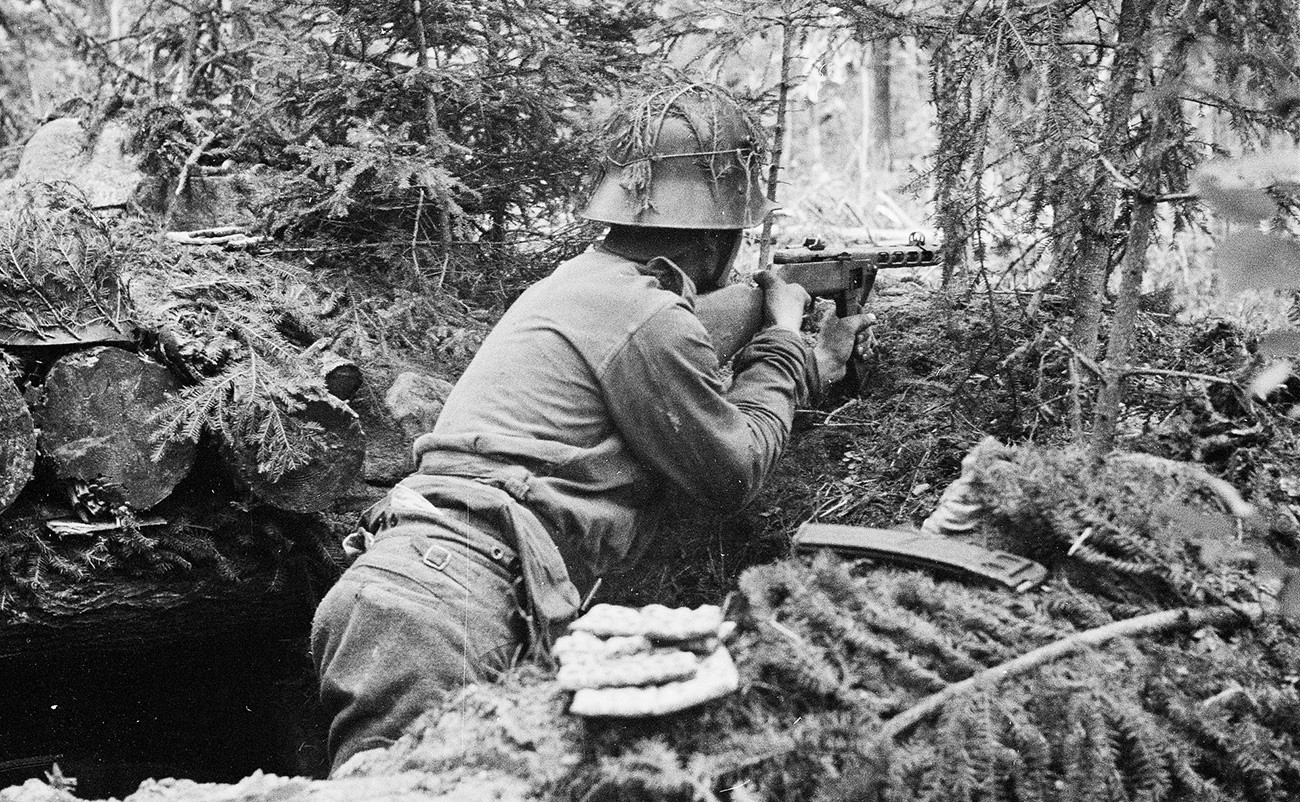 The PPSh-41 became the main weapon of the Red Army’s foreign units that fought alongside the Soviet troops against Hitler: the 1st Czechoslovak Independent Battalion and the 1st Tadeusz Kosciuszko Infantry Division. 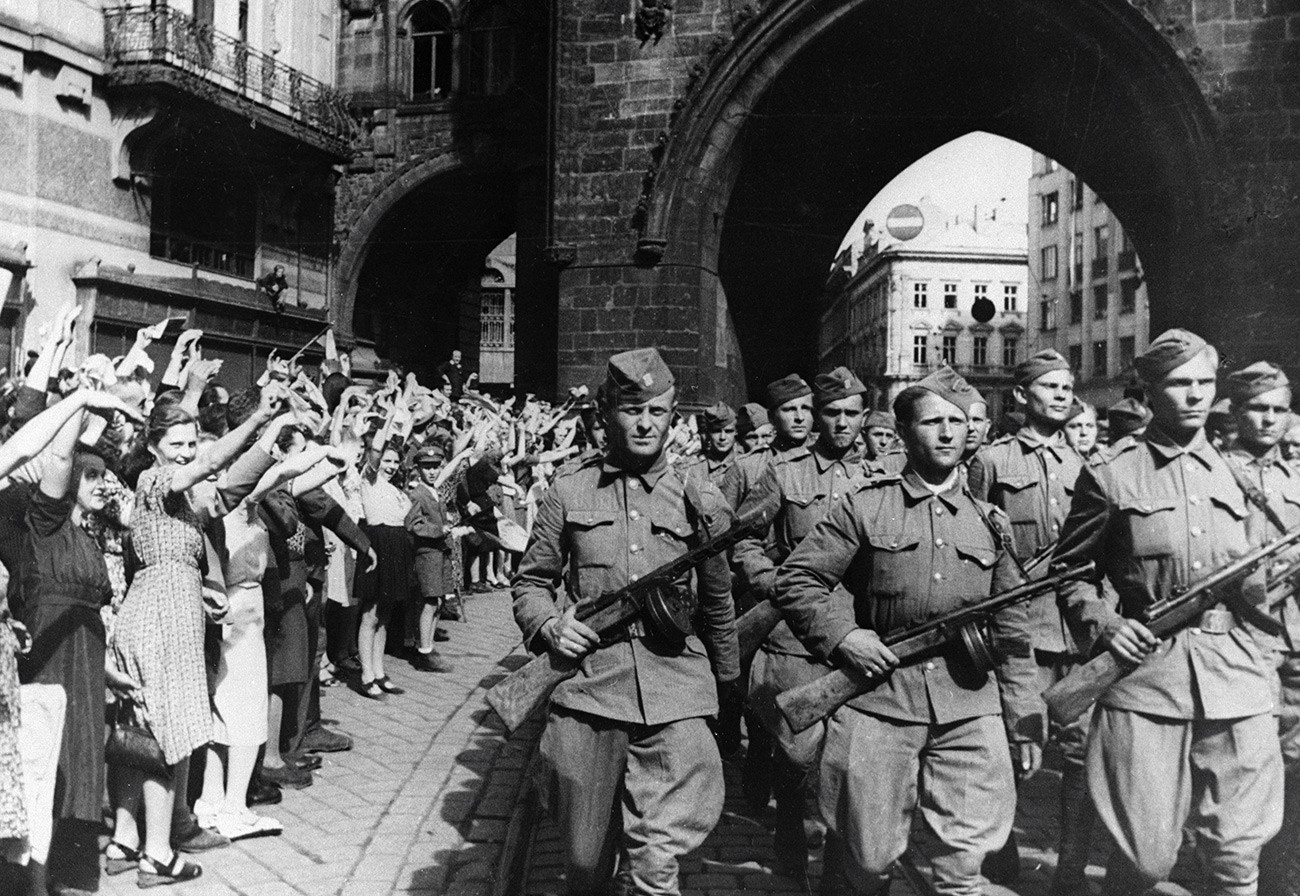 In 1944, the PPSh-41 was included in new firing system known as “Fire Hedgehog.” 88 submachine guns were mounted in the bomb bay of the Tu-2 bomber. The pilot could open intensive and destructive fire at the enemy infantry. However, since reloading took too much time and was possible only on the ground, the idea came to naught. 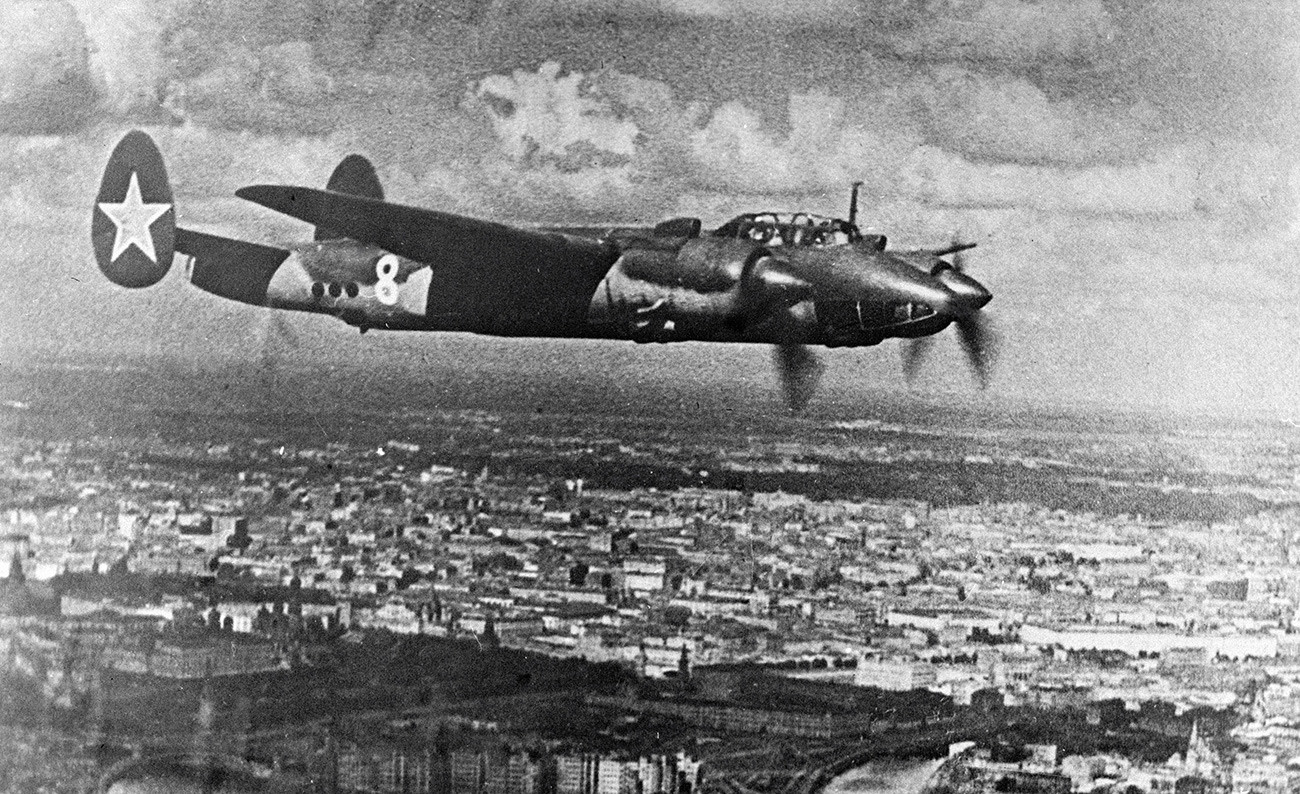 At the end of the war, the PPSh-41 became the main small firearm of the Soviets. Over 55% of soldiers were armed with this submachine gun. 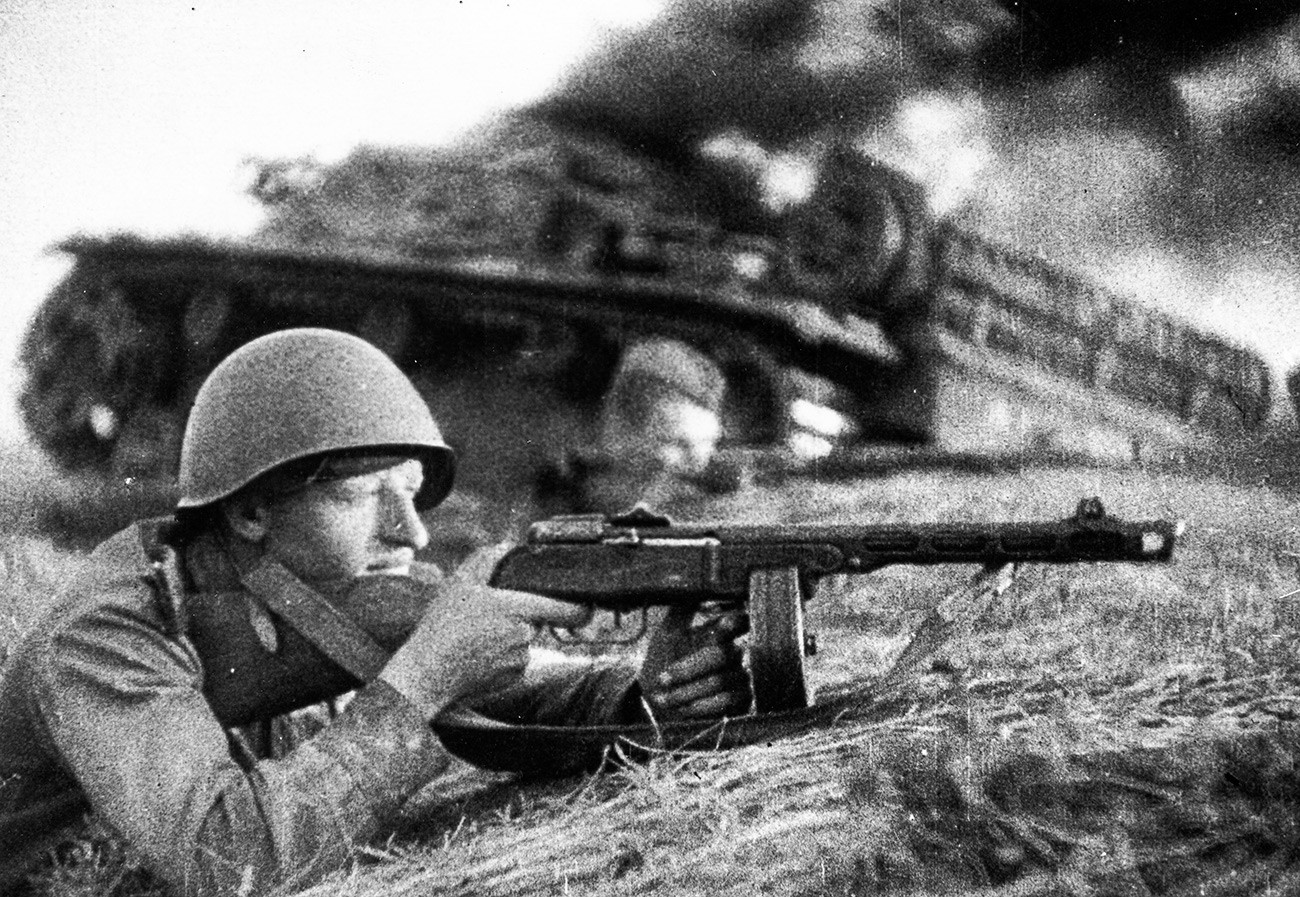 The PPSh-41 was an integral part of the Soviet soldier’s image of the WWII era. On most monuments dedicated to Soviet soldiers across the world, they are depicted with this famous submachine gun. 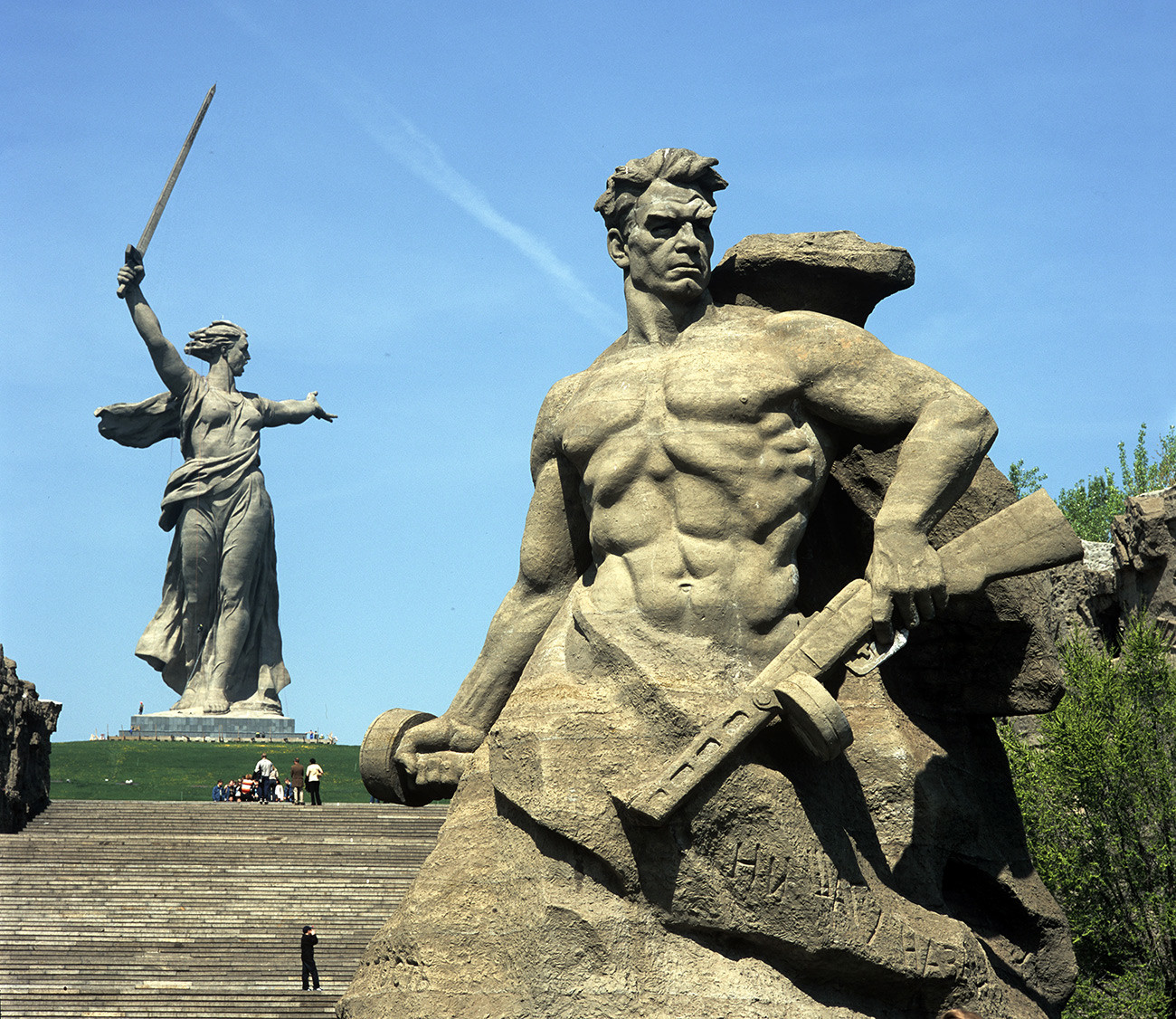 After WWII, the PPSh-41 was widely produced in North Korea. One of the first made was presented to Stalin in 1948 on his 70th birthday. 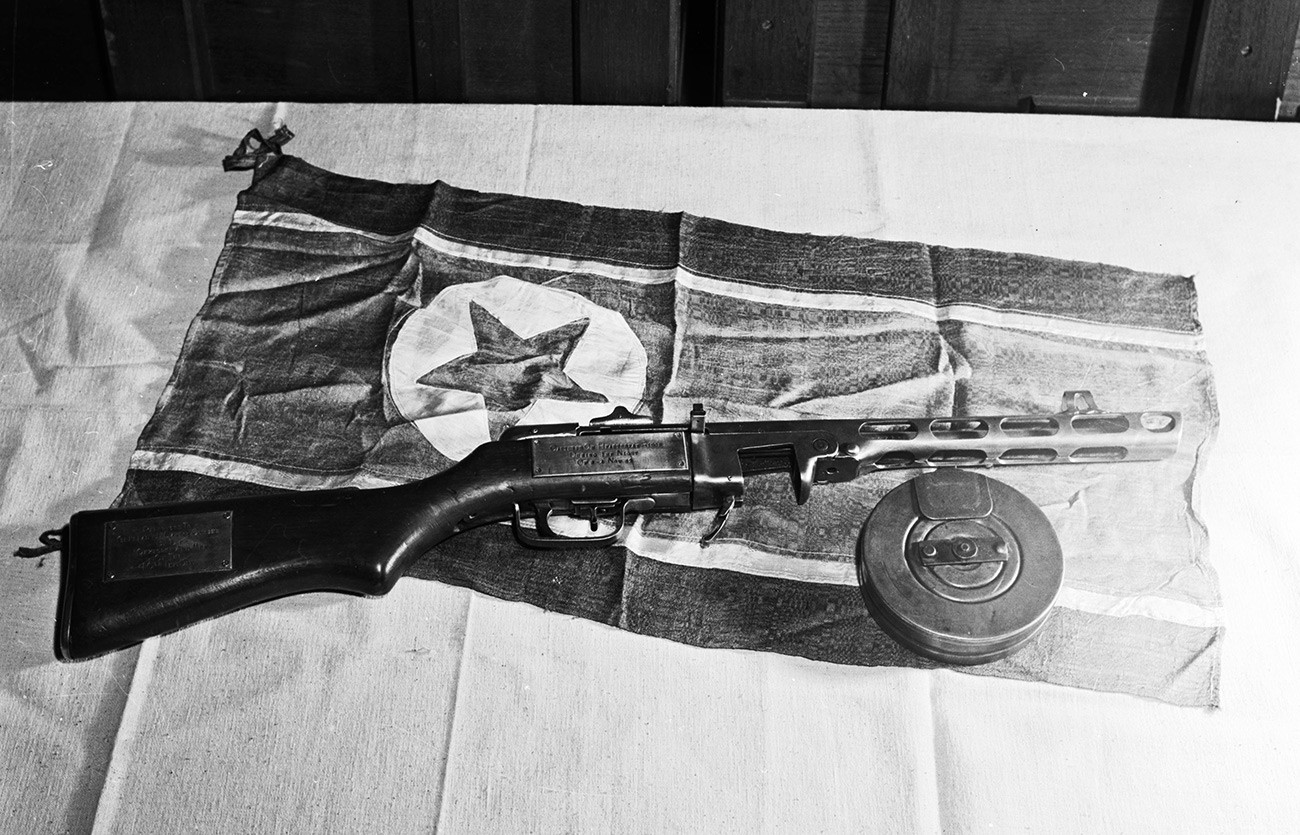 The PPSh-41 was used at least three times against American troops (and the CIA): during the Korean War, in the early period of the Vietnam War, and during the Bay of Pigs Invasion in Cuba. 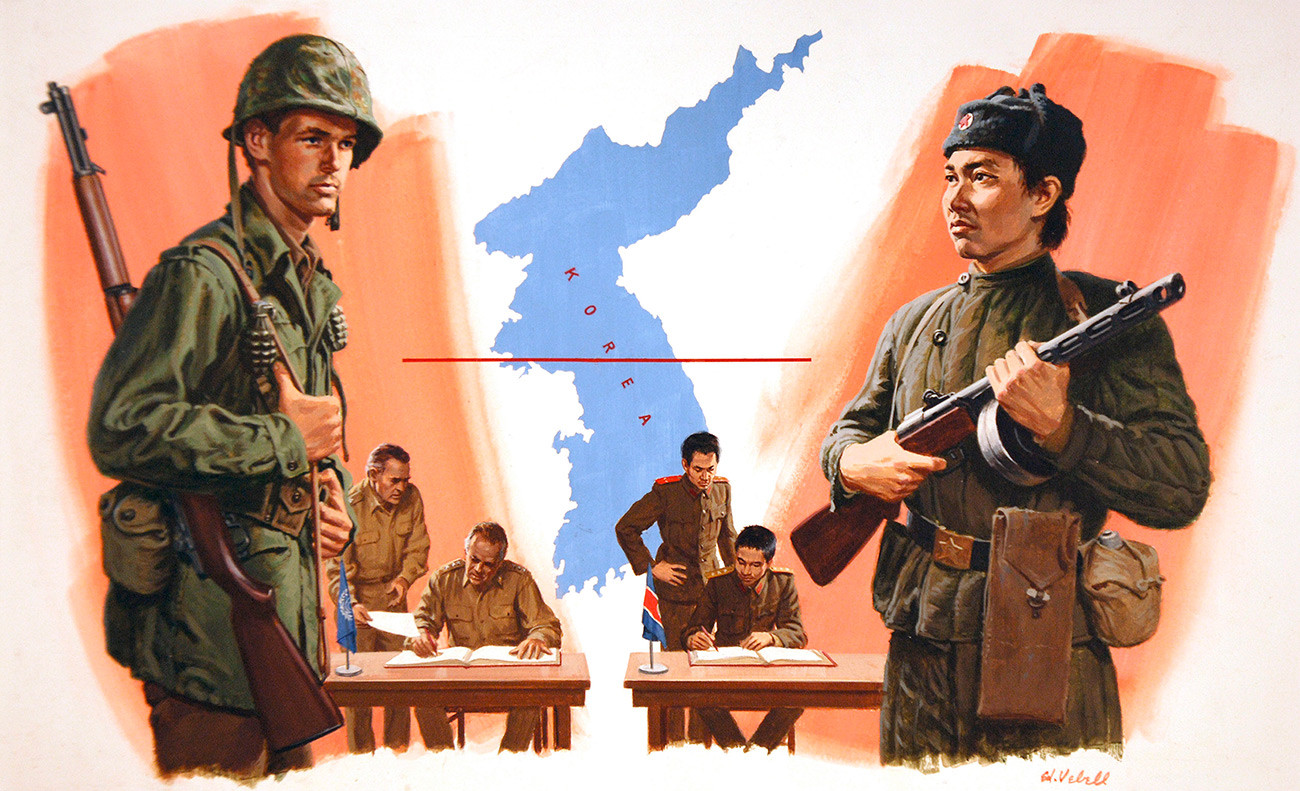