The most unusual Soviet pistol 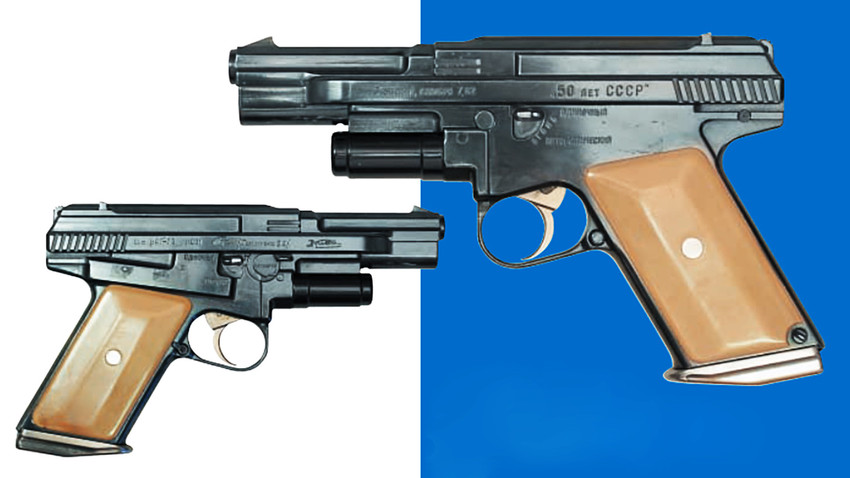 In 1973, the self-taught Soviet engineer Vladimir Gerasimenko created the VAG-73 pistol, the first in the USSR to use steel cartridges that did not require an explosive charge. For various reasons, it was unable to replace the legendary Makarov pistol used by law enforcement but was nevertheless an important contribution in the development of Soviet firearms.

This outwardly unremarkable pistol was the first “do-it-yourself” development in the giant military-industrial complex of the Soviet Union. Prior to this, all weapons orders had come from upstairs. Yet this was a case of someone without specialized training taking the initiative and presenting his unusual brainchild to the authorities himself.

The main feature of the new weapon, as mentioned above, was the cartridge. There was no cartridge case containing powder; instead, the design concept involved almost halving the weight of the bullet, thereby doubling the gun’s rate of fire 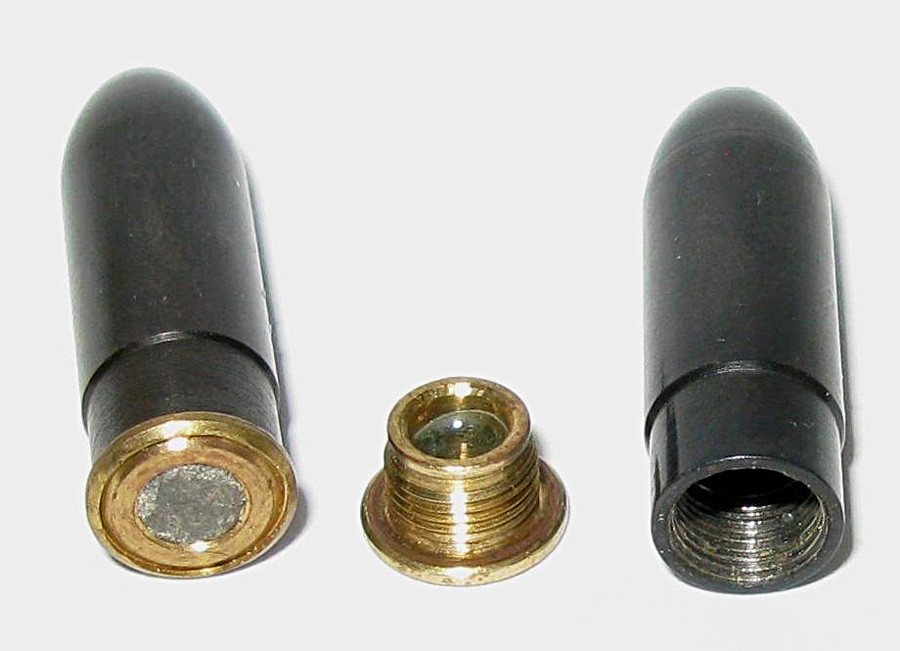 of a cartridge case, Gerasimenko decided to put the explosive charge in the form of a combustible capsule at the base of the steel bullet inside a small copper-clad recess. Thus, the operating principle was somewhat reminiscent of artillery shells.

“Thanks to such ingenuity, the new weapon could shoot in full bursts, one of the first in the USSR to do so. And the pneumatic slide stop inside the pistol further reduced the recoil when firing and enhanced the shooting accuracy,” former military analyst for the newspaper Izvestia Dmitry Safonov told Russia Beyond.

A technical detail for arms lovers: the VAG-73 had both a pre-cocking and a mechanism. The latter enables the shooter to pull the trigger immediately, without cocking it.

“All these solutions helped increase the firing rate. Today, self-cocking and pre-cocking are standard features in pistols, but back in the early 1970s it was akin to a technical breakthrough in Soviet weaponry,” adds Safonov.

The pistol was also fitted with a gigantic (for its time) double-stack magazine with 24 rounds. That gave the VAG-73 a total of 48 rounds. When the cartridges in the front magazine ran out, ammunition from the rear one was fed into the receiver.

Compared to the Makarov pistol, which was in service with both the army and law enforcement agencies, the new weapon had six times more ammunition: the Makarov had just eight live rounds.

However, this “advantage” came with several drawbacks. The VAG-73 was 1.5 times larger and heavier than the Makarov. The new pistol weighed 1.2kg and measured 23cm in length and 13cm in height (235mm and 135mm, respectively, to be precise). That meant that even a well-trained marksman suffered in terms of accuracy and performance.

Moreover, the caseless cartridges were several times more expensive to manufacture, even for pre-production orders.

On top of that, the actual design of the VAG-73 did not pass the "Russia test." The weapon was highly fickle and demanded care and attention. What’s more, it filled up with dirt in no time, and the disassemble/clean/reassemble process was tedious and required additional tools.

Most frustratingly of all for the military and the designer himself, the gun proved very unreliable and quickly became unserviceable compared to the Makarov pistol.